The Truth About Using Peptides & How They Impact Your Health

Get massive faster, but at what cost? We investigate… 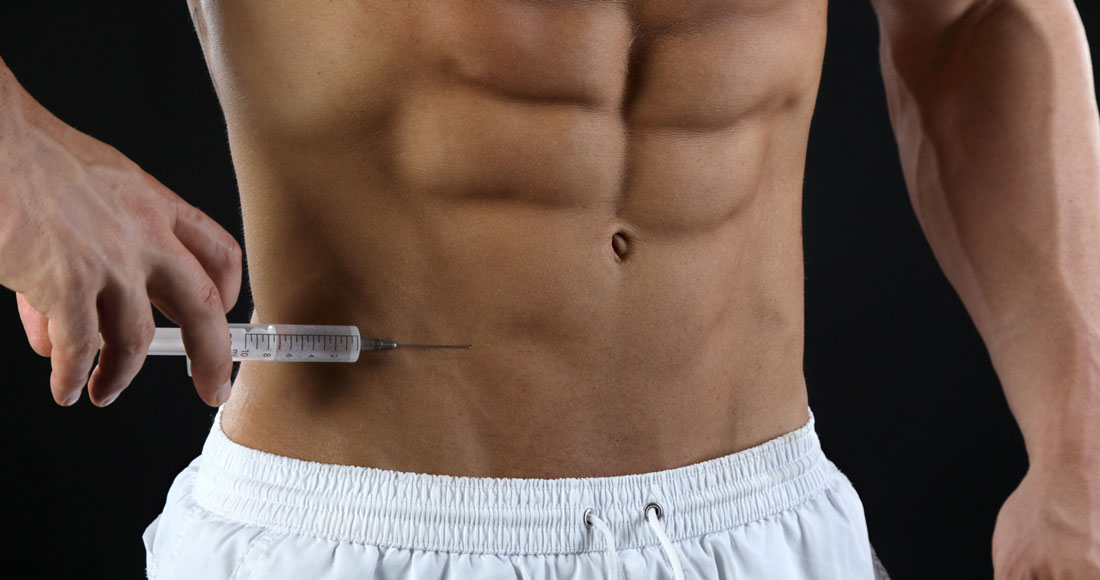 There has been a great deal of discussion and controversy in the media regarding the use of peptides.

In light of this (and definitely not because I’m desperate to retain my youthful looks), I had a Sydney GP (who would prefer to remain nameless), answer a few questions to settle some debates once and for all.

We’re not the first to ask either, as they are asked several times a day by patients whether they can have peptides, and whether they’re even legal (they reckon a lot of people partially hope they are illegal).

The interesting thing about this is that most people who ask for them think of them as simply the latest in the ever-growing market of quick-fix magic potions.

When questioned by patients and friends for peptides and other weight-augmenting or weight loss medications, our GP always asks (and you should ask yourself too): What do you want to achieve? Is it legal? (peptides are in fact completely legal if prescribed by a doctor) And, which are the right ones for you or me, as individuals?

The short answer is no. But it’s complicated. Let us explain: what are peptides?

In the world of health and fitness, peptides are used for increasing energy, burning fat, building muscle and improving athletic ability.

If you think of a hormone as a tree made up of many protein branches and even more peptide twigs, it’s easy to see how a hormone can have many side-effects if used wrongly.

Peptides on the other hand are much smaller and have been designed to stimulate specific receptors for growth hormones so you can tailor your results.

Essentially, they can be used for muscle gain or weight loss, recovery, reduced inflammation and are at the forefront of lots of new individual specific treatments for a range of disorders.

To begin with, we need to understand how our bodies function. At the base of our brain rests a small gland called the Pituitary Gland. Despite the fact that the Pituitary Gland is small, it is the control unit to other hormonal glands, for example, Adrenals and Thyroid, which are vital in the science of controlling your body and general wellbeing.

According to our medical source, in order to keep a sustainable balance in your body, the Pituitary Gland sends signals (hormones) into the circulatory system, which are transported to the other organs and glands in your body, to control or create their own hormones as needed.

“These hormones are keeping your body strong and healthy. Unfortunately, as we age they will start to decline.”

But what signals the Pituitary Gland? Growth Hormone Releasing Hormone (GHRH), which originates from the Hypothalamus.

How Do Peptides Work?

There are many kinds of peptides, which work on different areas of the body. Specifically, there are peptides that can increase our own body’s production of GHRH from the Hypothalamus, which then naturally releases more Human Growth Hormone.

These Amino Acids stimulate our Pituitary Gland to make and excrete more Human Growth Hormone into the bloodstream. The boosts in production can assist in potentially lessening the effects of ageing.

In people of all ages, it boosts protein production, promotes the utilisation of fat, interferes with the action of insulin, and raises blood sugar levels.

GH also raises levels of insulin-like growth factor-1 (IGF-1), which is important in the development of lean muscle and is a key factor in the negative feedback loop. This loop causes a decrease in the natural production and release of HGH from the Pituitary Gland whenever the hypothalamus becomes aware of the level of HGH in the body.

This means that when there are low levels of HGH, the hypothalamus will release stimulators of HGH – Growth Hormone Releasing Hormones (GHRHs) – and when the levels are high it will work to bring them back down to a more normal level.

This is one of the reasons that you should only take hormones prescribed by a doctor so that you can help prevent these peaks and troughs from occurring.

Before looking at whether peptides are right for you, let’s look at what’s inside them.

Put simply, they are small proteins made up of fewer than 50 amino acids. Fewer amino acids have been more demonised of late than peptides for potentially giving an unfair advantage in sports.

But as our GP says, “To brand all peptides evil would be like excommunicating poppies because of the plant’s link to drugs.”

“In small doses, and within medically approved and prescribed products, peptides can be a lacklustre complexion, body and life’s best friend.”

How do you take peptides? Well, most peptides are injected into the body, but specialists are now developing other methods for introducing peptides into the body.

Should You Use Peptides?

When asking what you want to put in your body, you must always ask whether the benefits outweigh the side effects.

Like any substance that you know nothing about, they should not be bought online from unregistered suppliers (or borrowed from a friend).

There is ample and robust evidence supporting the remedial effects of increased Human Growth Hormone.

As discussed by Harvard Men’s Health Watch, some of the benefits include; enjoying protection from fractures, increased muscle mass, decreased body fat, improved exercise capacity and a reduced risk of future heart disease.

“Every man desires to live long,” wrote Jonathan Swift, “but no man would be old.” He was right, and the fountain of youth need not be an illusion.

There are a number of peptides that have been developed to assist the Pituitary Gland in releasing increased amounts of Growth Hormones.

Compared to steroids and testosterone, with their large potential for fast benefits and potential side effects, these are not magic beans that will turn you into a super-athlete overnight. Peptides are more of a medium burn for those of us that know that the body we want is one of lifestyle enhancement and that the hours at the gym are necessary.

Most people, when asked what they think a peptide is, simply don’t care. They are results-driven, and it doesn’t matter to them that their method might be madness. Peptides are a magic genie that is ready and waiting to enact your heart’s desire.

Like most things in life, success takes a little work and any help along the way is appreciated. The right plan and the right peptides can assist your body in doing the things it already does to achieve your desired results.

I myself have been using a range of peptides for many years and living a fast-paced, travel, work and event filled life I need to look natural, fit and healthy. More importantly, I need to look energetic and not tired—all of which peptides help me achieve.

They can have potentially serious side effects, so you should consult your doctor before even considering their use.

Used incorrectly, peptides have the potential to cause side effects of varying degrees depending on the user.

Many people are making a lot of money from selling what you want, so always remember to ask what it does, how long to take it, how to take it and what side effects it has so that you have realistic expectations of what it can do for (or to) you.

While peptides can help you to burn fat while working, eating, talking and even sleeping, they must be combined with other lifestyle factors over several months to see the best results.

What do peptides do to your body?

Peptides can be used to aid with weight loss or muscle gain, but can also be used to gift you younger-looking skin and potentially even prevent acne and blemishes from forming on your skin.

They do this by controlling the levels of hormones released into your bloodstream, giving them a significant boost.

What is the function of peptides?

Peptides are taken by many individuals to increase energy, burn fat, build muscle and improve athletic ability. They're different to steroids in that they simply boost the levels of naturally occurring hormones in the body, to provide aid on top of an active lifestyle. They shouldn't be used as a replacement for going to the gym, for example.

If taken by healthy individuals, yes, peptides are generally safe. There have been few cases of serious side effects reported, but you should still always check where you source your peptides from. Generally speaking, you want to have them prescribed to you by a doctor and not purchase them online.

However, side effects can include significant weight gain/loss, decreased fertility, itchiness at the injection area, kidney pain and more.

No, peptides are not illegal. They can be prescribed by doctors or bought from online sources (be careful if going down this road). They can't be used by professional athletes, but the Average Joe is more than ok to use them if they want.