A quality suit is good and a nice watch is a must, but without a decent pair of shoes on your feet, your first impression is likely to suffer. It is often said that the shoes you’re wearing are the first thing people notice when they meet you – even before your slick fade haircut or the Rolex Explorer on your wrist – so ensuring you have a reputable brand caressing your toes will help to ensure your new acquaintances stay to chat, instead of walking away in disgust.

Yes, shoes are a serious business. Most men that are serious about their shoes identify a preference early on and rarely budge. Some like the weighty durability of English shoemaking, while others prefer Italian shoes for their sleek, lightweight shape. An increasing number think both preceding options can get stuffed, and find their footwear in emerging Japanese or Spanish markets. 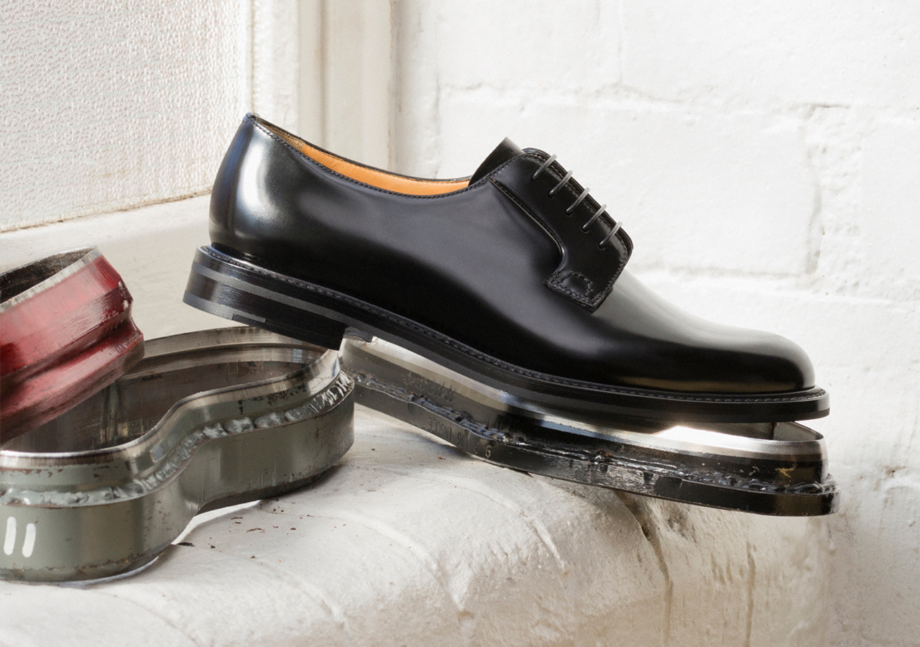 A history which spans centuries and a brand which is one of the editor’s favourite is Church’s. Dating all the way back to 1675, the Church family hailed from Northhampton, a town which was known for it’s leather and shoemaking skills. Today Church’s is one of the world’s iconic footwear brands making some of the most sublime loafers, oxfords, brogues and boots. Most pairs are hand made in the UK, so you know you’re buying a top quality product. 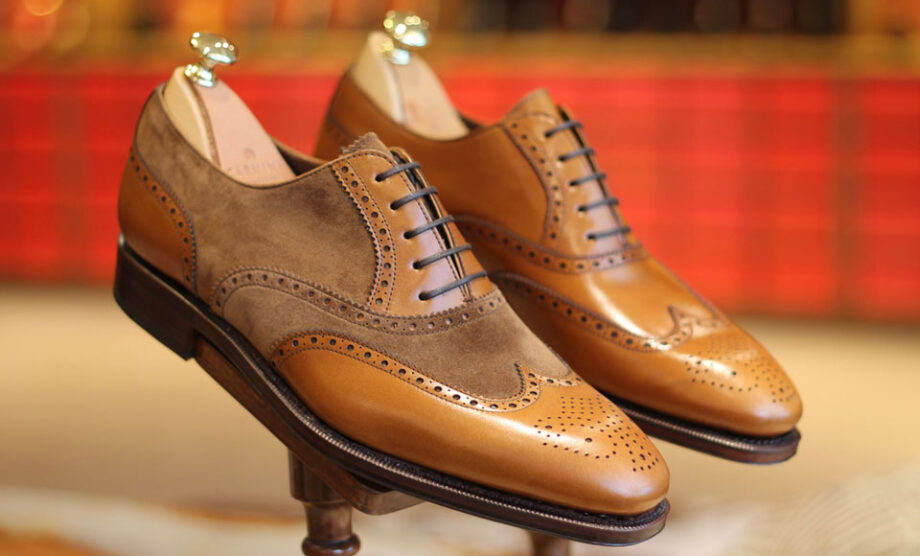 The finest offering from Spain

Outside the established triumvirate of shoemaking sits Spanish brand Carmina. Originating in 1866 as a family-oriented operation, Carmina have steadily expanded across the globe without sacrificing their demanding production values. Carmina shoes aren’t disposable fast-fashion pieces of crap you buy for a season and then toss into a donation bin.
Their lasts – fifteen different variations accommodating differing foot shapes and aesthetic preferences – take several months to sculpt. Much of the process is performed by hand, using reputable and historic Goodyear welt stitching that’ll allow resoles every few years. Carmina shoes are priced around the 800 bones mark for an entry-level pair, making them a good starting point if your budget is a little tight but you’re keen to get around premium footwear. 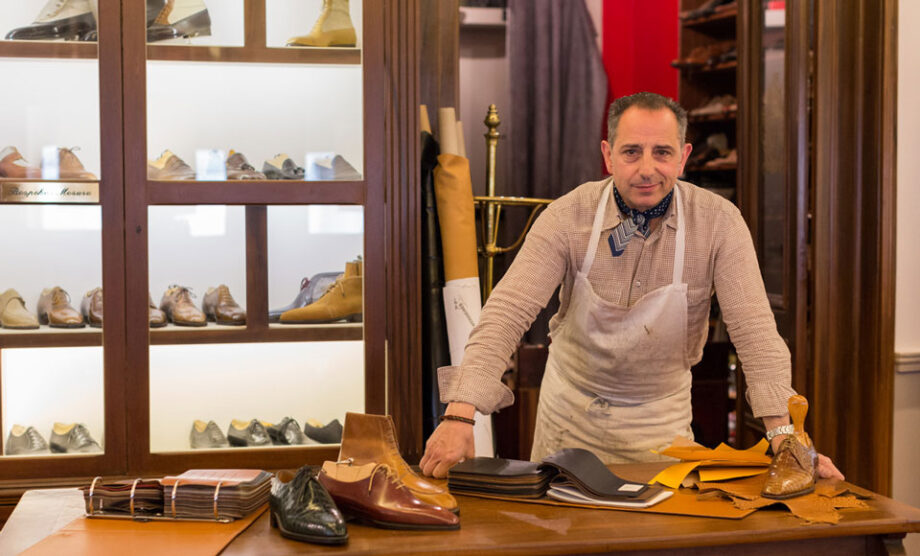 You’ve probably noticed there are a lot of posh English names on this list, but there’s a solid reason behind it. Founded in the late 19th century by Charles Jones and Sir James Crockett, the Northampton-based company is still owned and operated by the fourth generation of the original founding families. Like other English shoemakers, Crockett & Jones prefer a durable, long-lasting Goodyear welt. 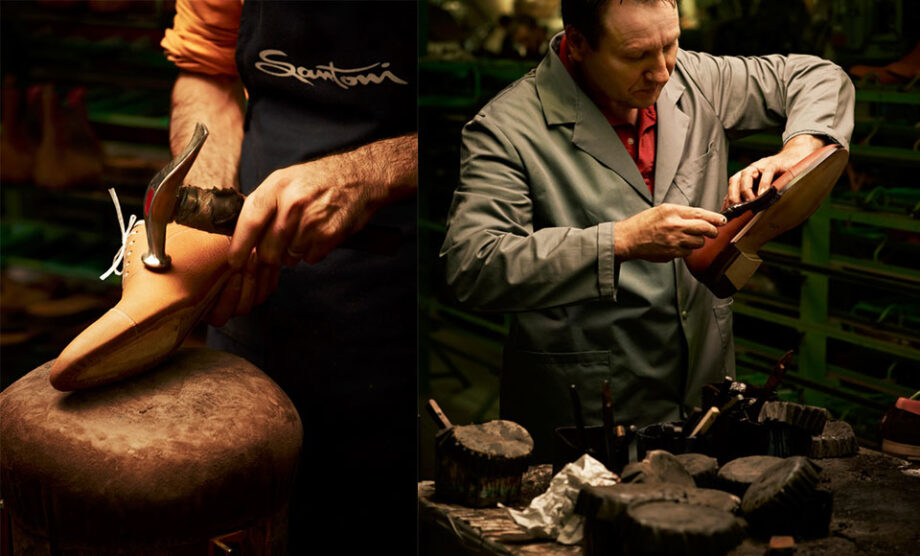 Santoni originated as a family-operated workshop in 1975, and have retained this intimate focus through international expansion and collaborations with big names like IWC. Santoni employ Goodyear welting, a feature more common in English footwear, but this gives them the opportunity to re-sole shoes after prolonged use.

They refuse to export construction, and still make their shoes by hand in Italy. Alongside the roster of traditional business shoes, Santoni also offer sneakers and loafers to bolster your casual footwear game. They can be found in boutiques or on Mr Porter if you can’t find a bricks and mortar location nearby. 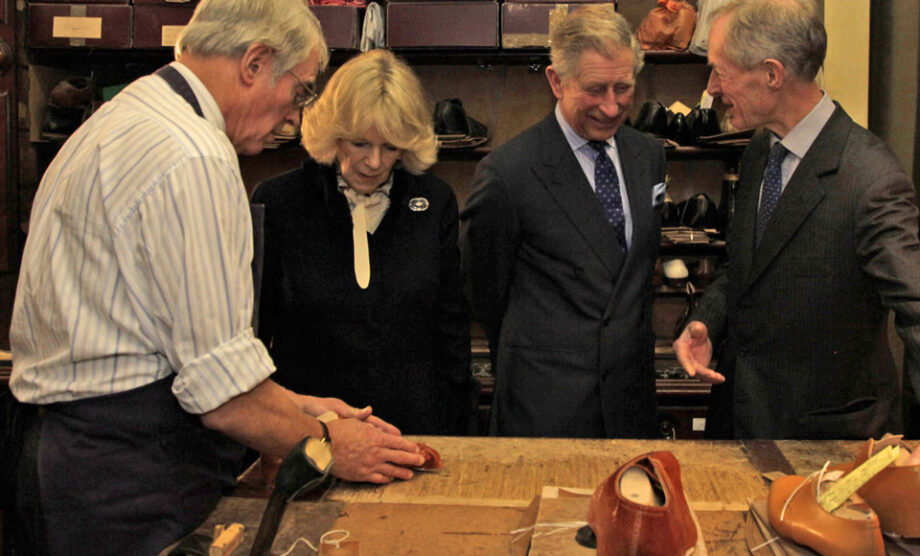 Crafted to last a lifetime

Founded in 1849 in England, John Lobb shoemakers are characterised by the hallmarks of traditional English shoemaking, primarily employing a Goodyear welt, premium leather, and over six weeks of painstaking handcrafting in their Northampton factory. Besides John Lobb’s fastidious production and local heritage, the brand has earned fame for being the preferred shoemaker of HRH Charles, who is known to sport a pair of bespoke oxfords that he’s owned since the early seventies (and they happen to look better at thirty years old than most department store shoes look fresh out of the box).

A true investment, John Lobb shoes can be worn, resoled, and worn again without needing replacement. Buyer beware, however, in that a pair of readymade John Lobb stompers will set you back a shade over 3k. But we think that’s a small price to pay, for a pair of shoes that could accompany you through well over three decades of running for the bus and evaluating whether to take the lift or the stairs. 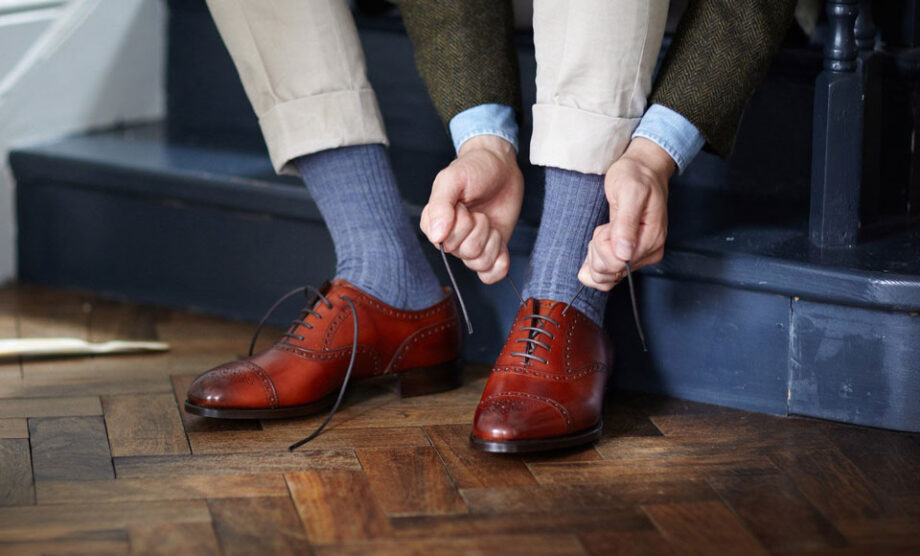 Edward Green was established with humble origins in 1890 by a former shoemaker’s apprentice, who managed a Northampton factory that quickly grew into one of England’s household names in shoemaking. Although no longer English owned, Edward Green is still based in Northampton, England, the traditional bastion of English shoemaking and one of the last remaining heritage producers of premium footwear.

Edward Green prefer a more considered, protracted approach – only about 350 pairs are made by their local craftsmen per week. Appropriately, they use Goodyear Welts, luxurious full grain leather, and hand-cut patterns that don’t leave the production floor until they meet the unwavering standards that have guided production for over a century. 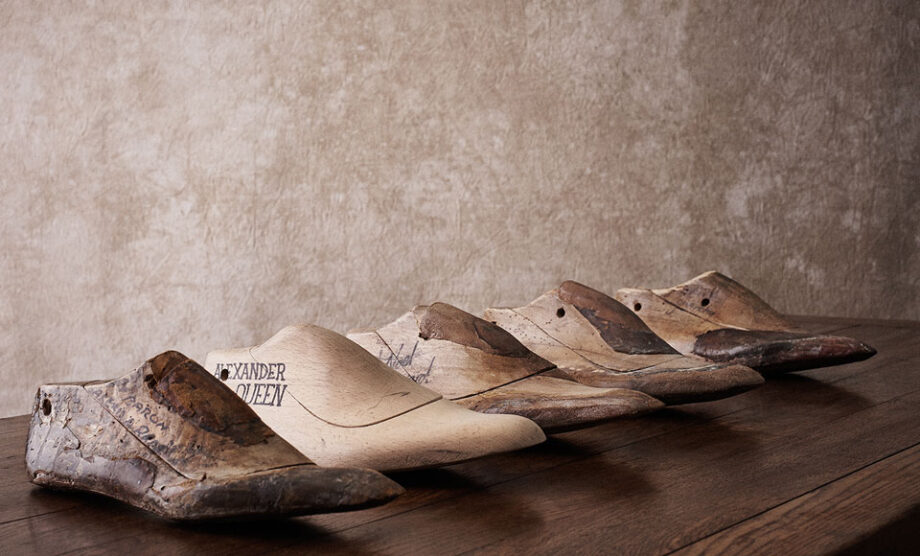 Shoemaker to the rockstars and the world’s icons

George Cleverley is operated by a (ridiculously stylish) father-son duo, George Glasgow Snr and George Glasgow Jnr, who inherited the intimidating legacy of the company from its eponymous creator. Cleverley have several workshops across England, including Northampton, and have serviced an eclectic group of clients ranging from Winston Churchill, to David Beckham and the Rolling Stone’s Charlie Watts.

George Cleverley offer the distinctive English footwear experience, with Goodyear welting and masculine understatement, but you can find quirkier options like monk strap brogues and skull-and-crossbones slippers. These guys also decked out the cast of Kingsman, and are set to perform the same function in the upcoming sequel. 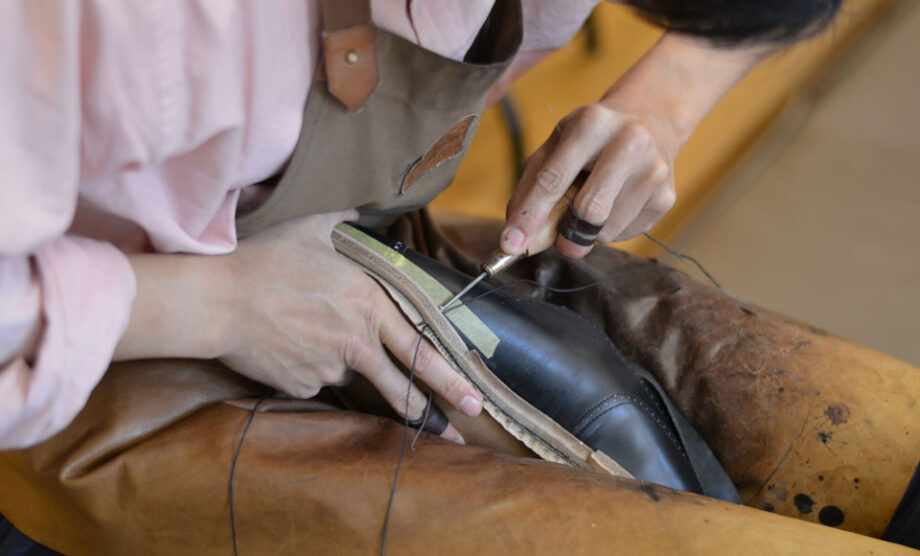 Trained in England by John Lobb and merged with Japanese precision

Established in 1999, Japanese bespoke shoemakers Hiro Yanagimachi are relative newcomers to luxury footwear, but they’d be the first to tell you that they’re making up for lost time. Yanagimachi was trained in England at a technical college and by John Lobb, bringing English pedigree to a relatively young Japanese bespoke market.

They use premium calf leather and are primarily handmade through the entire process. Unlike the other brands on this list that have ready-to-wear kit, H.Y. only offers made to order (MTO), semi bespoke, and full bespoke options, so they’re suited to guys with time to burn and a generous budget. Hiro personally fits most customers and offers two different lasts to accommodate difficult foot shapes. You can find him in his workshop in Tokyo or at international trunk shows. 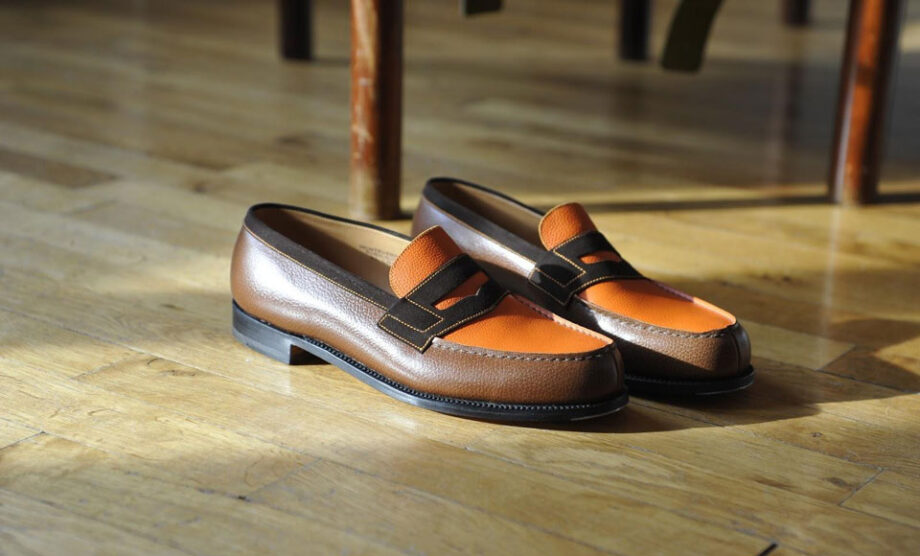 Flying the French flag with pride

It might sound like another posh English enterprise, but J.M. Weston are in fact French, and have competed with their transcontinental rivals since 1891. Weston’s production process is centralised in a single workshop in Limoges, France. They primarily use Goodyear welt construction, and their customers famously return to the original workshop after ten or twenty years of thrashing for a resole.

Their primary aesthetic is to infuse classic English style with a Gallic lens, incorporating less traditional styles into their annual collections. Weston are also one of the few contemporary footwear brands to own their own tannery, allowing them to control almost the entire production process. Their most famous model is black calf 180 moccasin loafer, which starts at a touch under a grand on Mr Porter. 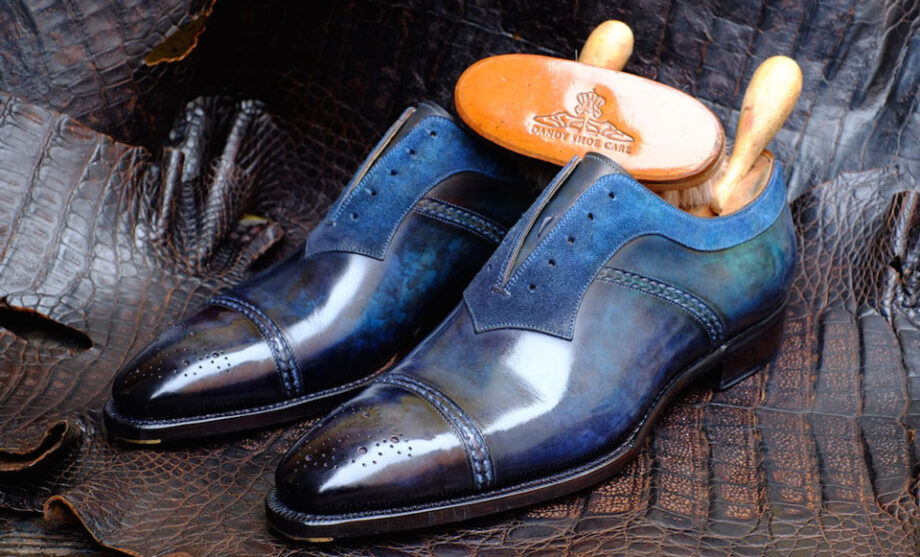 Established in 2012, Antonio Meccariello might seem young and untested, but that couldn’t be further from the truth. Besides generations of family experience, he’s collaborated with Rubinacci and managed a workshop for luxury fashion house Kiton, before exploring a personal enterprise that many believe has helped return Italian shoemaking to international prominence.

Meccariello personally consults and fits his clients in a workshop outside Naples. He uses a hand-welted construction method that completely excludes gluing from the process, promising additional durability. Meccariello offers everything from bespoke to a modest RTW selection, so there’s something for almost any budgetary or lifestyle requirement. 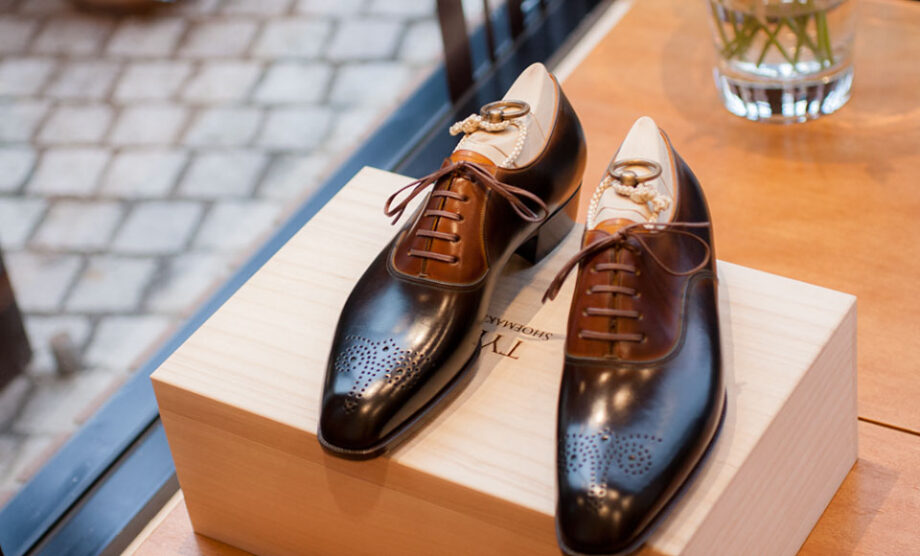 A bespoke process which occurs over three fittings

A relatively obscure boutique, TYE Shoemakers are a bespoke-only outfit from Tokyo, founded in 2011. The TYE bespoke process occurs over three fittings: the first consultation involves taking measurements and discussing design, before a second fitting with a trial shoe and a final appointment to ensure no imperfections are present on the finished production.

TYE prefers hand-welted construction, and consciously endeavour to avoid imitating European aesthetic choices in their design. The TYE Shoemaking experience isn’t for the impatient shopper, as their footwear has an eight-month turnaround. You can’t be a tightarse either. A pair of TYE’s will set you back well over three grand (you’ll also need to make the trek to Japan, no trunk shows). 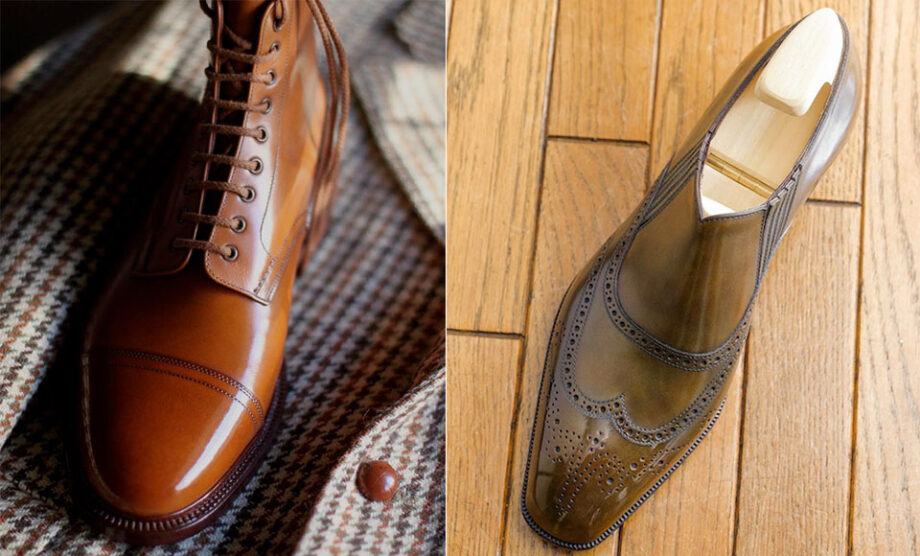 Operating as Bespoke Makers, Ryo Hosokawa is an elusive Japanese bespoke enthusiast. His simple ethos is tributary – finding and circulating the successes of the world’s best bespoke makers. Operating several social media channels, Ryo hopes to give bespoke artisans the exposure to preserve some of their artisanal heritage.

Hosokawa doesn’t play favourites. Here you can find obscure Japanese bespokeries next to London heavyweights like George Cleverly and Foster & Son. In addition to a formidable selection of bespoke and readymade shoes, Ryo also catalogues bespoke menswear, of which you can see a glimpse on their Instagram feed.

If you don’t have time to do the sleuthing yourself, Hosokawa’s efforts can simplify a dense market and show you who is worth watching out for in the world of bespoke menswear.

Shop at bespoke-makers.com
Watch This Next
176465
load more