If lying on a tropical beach with a bikini-clad babe, sweet cocktail and even sweeter view sounds like a holiday well-spent to you, then best not to read ahead.

For others, the thought of plummeting towards near death whilst on vacation is the stuff that dreams are made of. As such, we’ve put together the top 10 trips to take only if you don’t fear death.

From skiing on the precipice of hissing volcanoes in Russia, to getting up close and personal with a herd of angry bulls in Spain and falling 143m in New Zealand with nothing but a flimsy bungy cord between you and a fatal face plant, here are the holidays you wish you had the balls to go on.

Click through the slideshow for more and get mummy on speed dial. 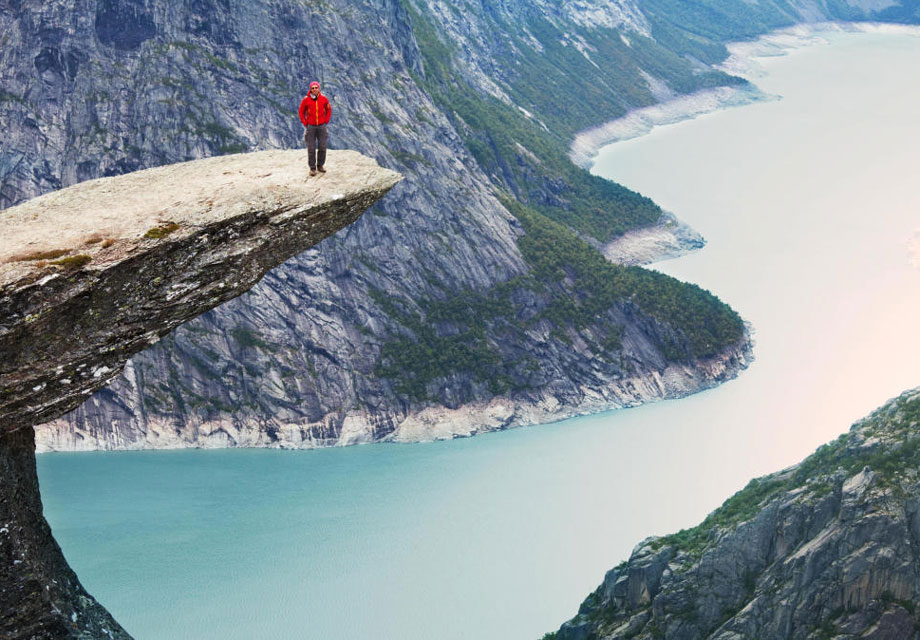 If you have a fear of heights it’s best you don’t head to Norway’s Trolltunga on your next holiday. Also referred to as ‘Troll’s Tongue’, this terrifying cliff edge sits 700m above above lake Ringedalsvatnet and takes 8-10 hours to reach. 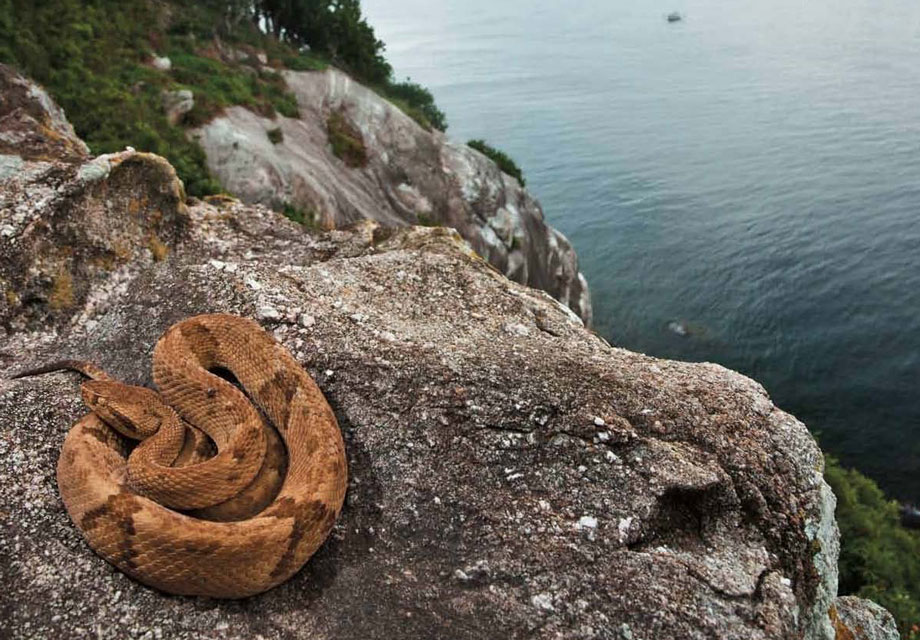 With the highest concentration of the one of the world’s most venomous snakes, it’s easy to understand why Snake Island isn’t a holiday destination for the fainthearted. With around 2,000 of the unique golden lancehead viper you won’t be able to take one step without meeting one of these ‘cute’ little critters. 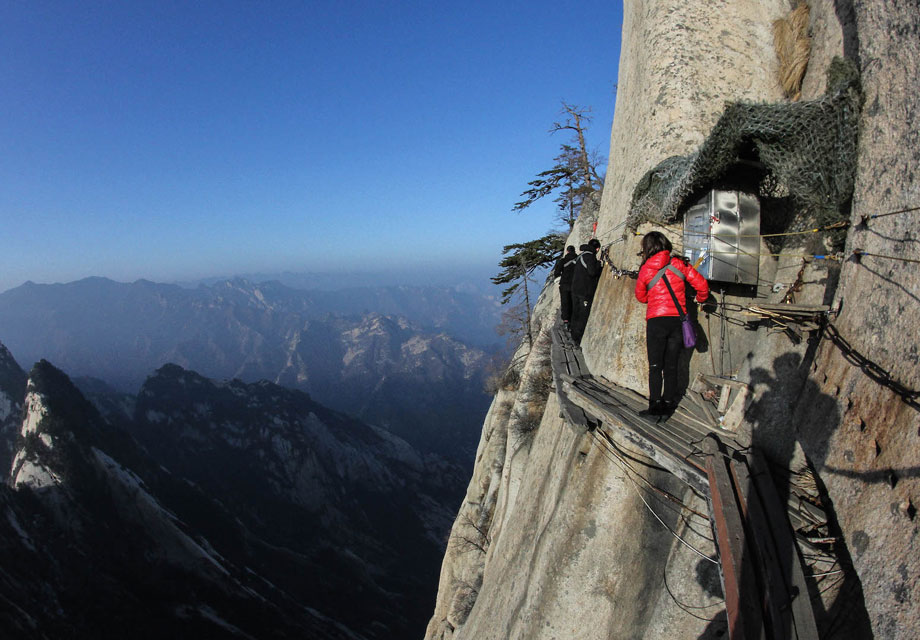 Despite being one of China’s five ‘Great’ Mountains, Mt. Hua conjures up images of everything opposite. A death-defying cliffside mountain climb will take visitors to a tea house 2,160m up the mountain’s southern peak. While the mountain’s paths have been reinforced, they are nonetheless dangerous and carry a reputation for fatal falls. 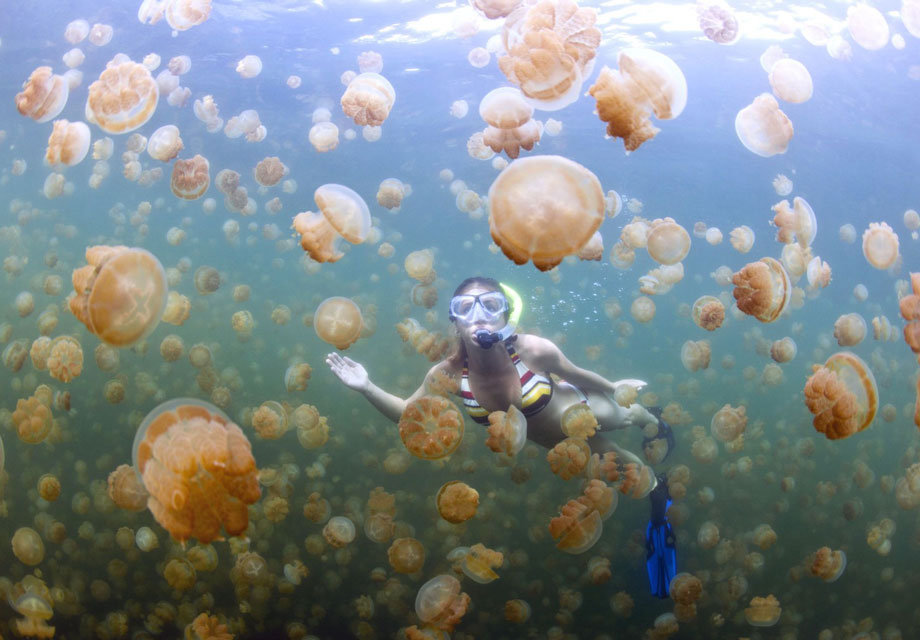 Located on Eil Malk Island in Palau, this marine lake is home to millions of creepy looking jellyfish, however it’s not the floating creatures divers should be worried about. The lower level of the lake contains dangerous amounts of hydrogen sulfide that could cause death if you dive too deep. 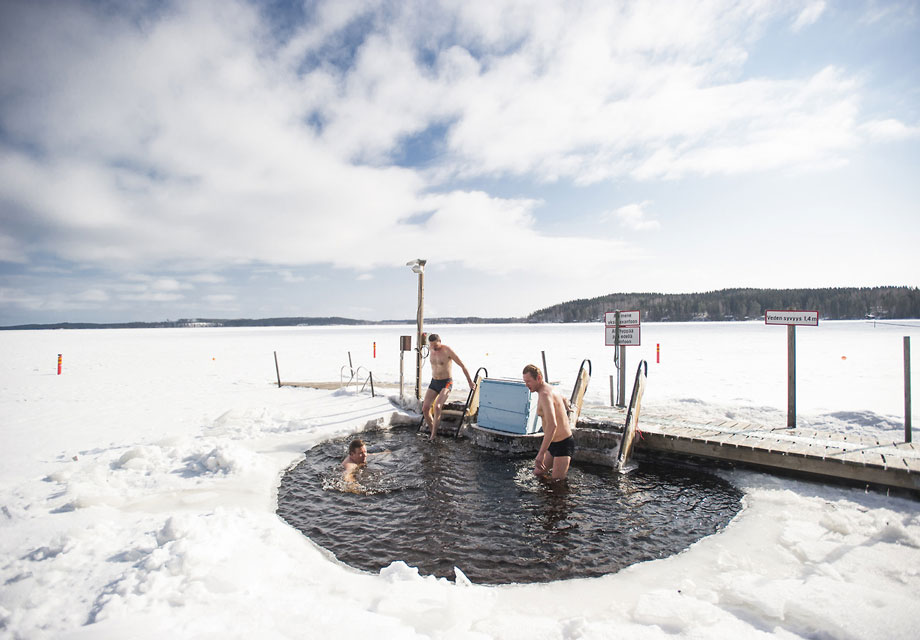 There’s nothing like submerging yourself in some freezing water to truly enjoy a relaxing holiday. The Finnish love a bit of ice swimming and it’s a must-do for thrillseekers visiting the country.

Running Of The Bulls, Spain 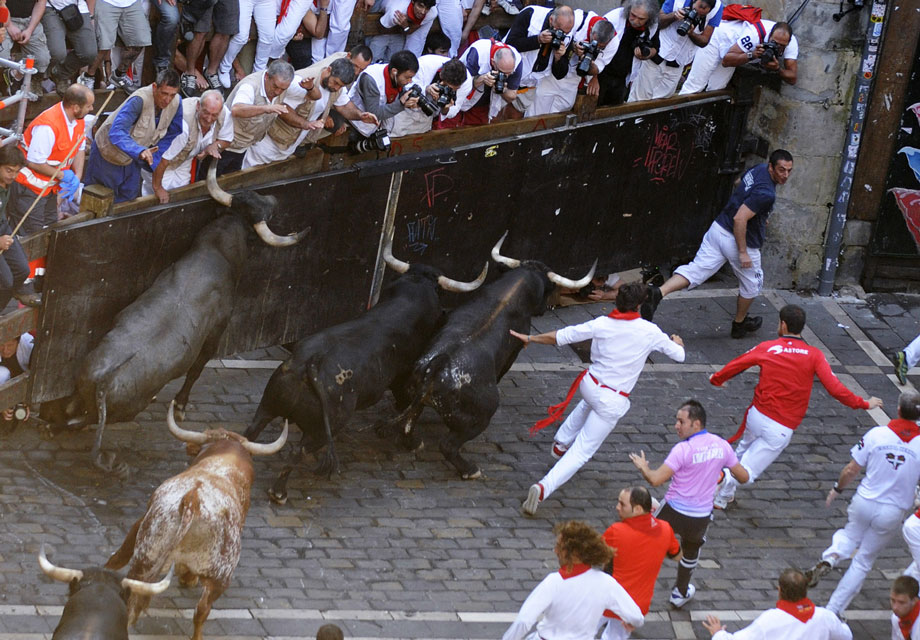 If the previous suggestions haven’t been death-defying enough for you then how about this? Every year a herd of rather angry looking bulls are lead through the streets of Pamplona’s old quarter by daredevil runners, 15 of which have been killed since 1910. 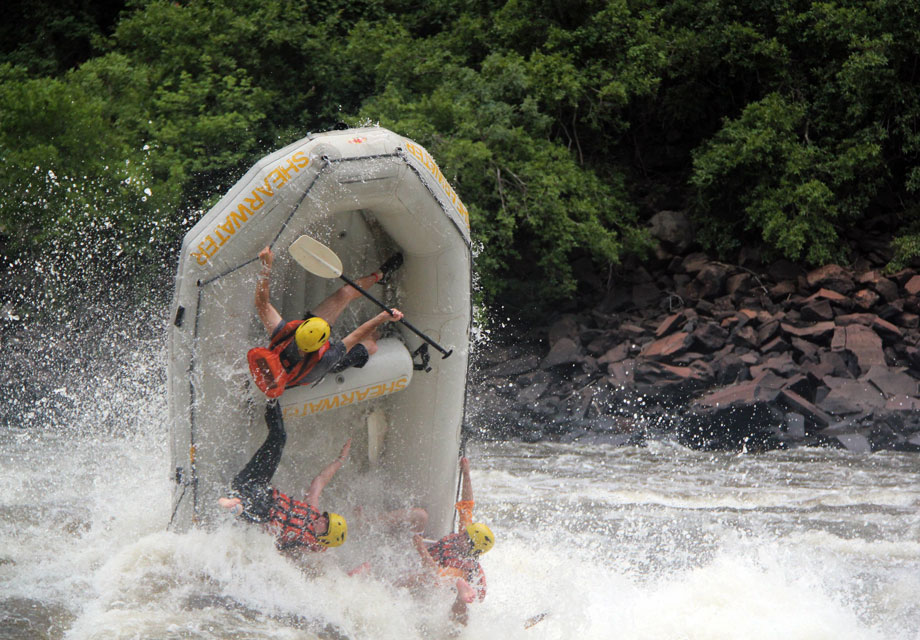 How about spending your next holiday hurtling through the crashing waves and rocky terrain of a Zambezi rapid in Africa? The stretch of Zambezi river that runs immediately from the bottom of the falls is said to have the highest concentration of grade five rapids in the world. For those not well-versed in whitewater rafting, Grade Five basically equals scary as hell. 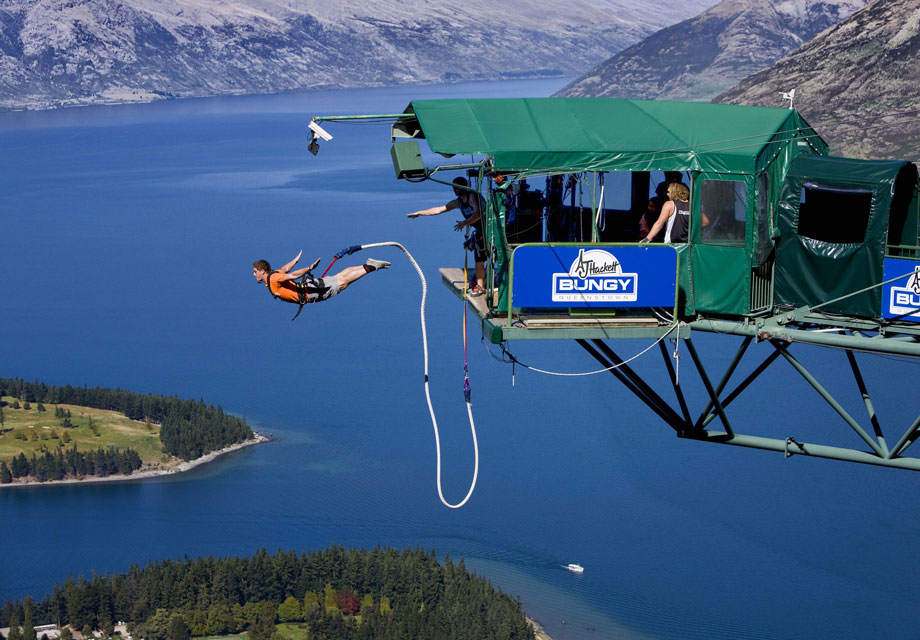 As the website states, “the Nevis Bungy is not for the faint of heart.” So if you don’t like heights, step down. Set an epic 143m above the stark beauty of the Nevis River, it’s the highest Bungy in New Zealand and a once in a lifetime experience. 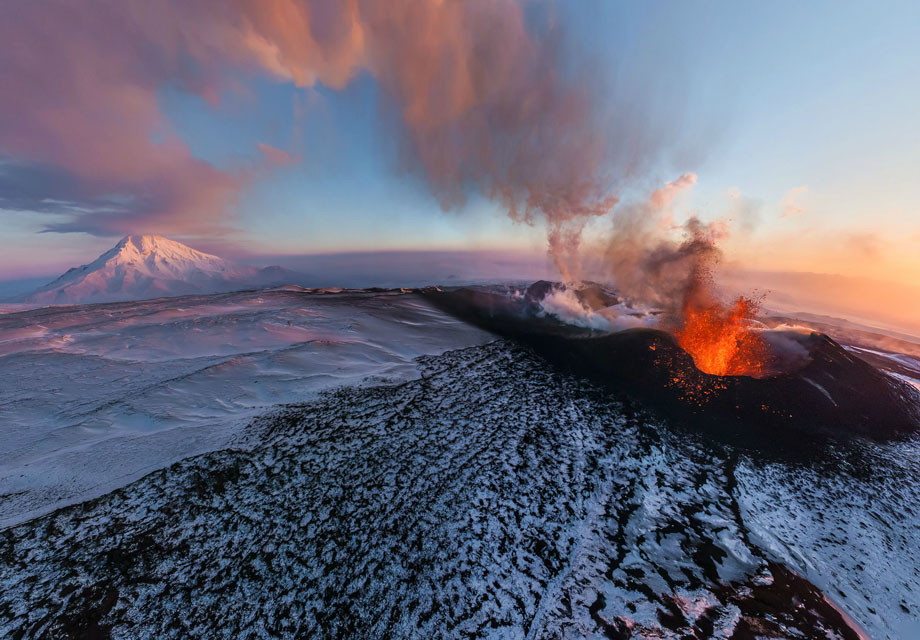 If you’ve mastered the snowy slopes of Australia and beyond and want more, then the volcanic vents of Russia are your next stop. Hissing steam, lava and avalanche-prone cliffs are surely enough to get you wanting mummy. 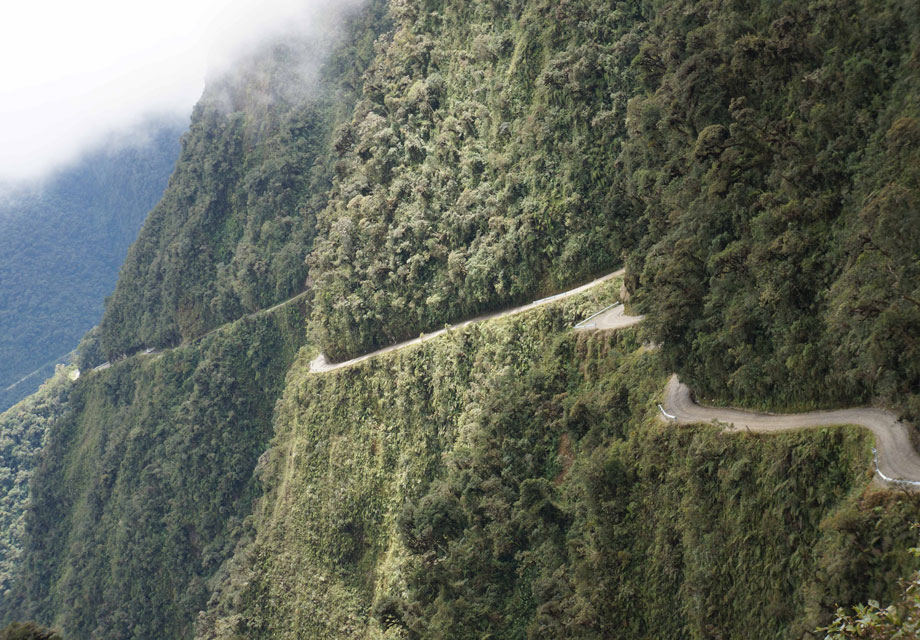 Also referred to as “The World’s Most Dangerous Road”, Death Road, or The North Yungas Road in Bolivia is definitely not for novice riders. It’s a tourist hotspot but with a 15,400 feet and average fatalities of 300 people a year, death should be the last thing you fear.