Cognac is a variety of brandy that, like some other spirits such as tequila, can only be called cognac if it’s produced around the Cognac region of France and whose production process follows appellation d’origine contrôlée (controlled designation of origin). The brandy, for example, has to be twice distilled in copper pot stills specifically from the regions of Limousin or Tronçais.

Being based on brandy means that cognac is produced from grapes, which further means its taste is affected depending on the region, climate and soil those grapes came from. Cognac can be classified by either one of six different ‘crus’ – a term that defines the region the grapes that went into its production came from – or those that don’t carry the ‘cru’ identity, so distillers can have more freedom when it comes to grape selection.

There’s plenty more to be said about the production methods and illustrious history of cognac, which we recommend you look into. All this means there is a whole world of cognac out there waiting to be explored and if you like discovering new tastes – as well as a tipple – it could be a spirit you will enjoy if you’ve yet to try it. For veteran drinkers, we imagine you already have a good knowledge of brands.

Nevertheless, we’ve put together this list of some of the very best cognac brands in the world that you should try at least once. 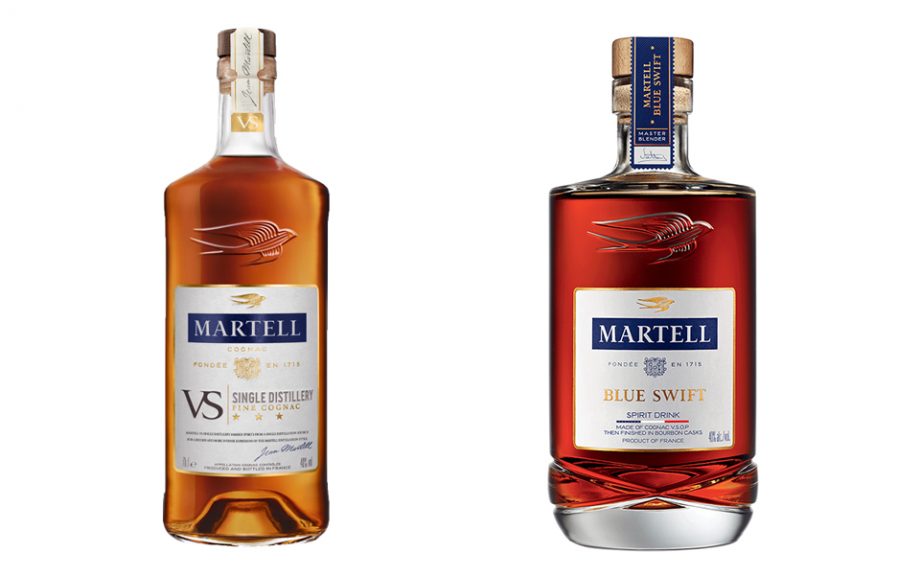 Martell is one of the ‘big four’ Cognac producers and has been making its product since 1715, making it the oldest. Founded by Englishman Jean Martell, the brand has found itself partnerships with high-profile clients including Concorde, Queen Mary, and the Palace of Versailles. Martell owns vineyards in the Grande Champagne, Petit Champagne and Borderies regions (i.e. the top three) and uses only Tronçais oak casks to help produce its unique flavour palette.

Martell cognac is transferred from those casks to demijohns to halt the maturation process, before being bottled. It’s claimed that Martell stores more than 200,000 barrels of maturing cognac at any one time. The Jean Martell cellar is where you’ll find the company’s rarest products, some of which will be aged for 200 years or more. 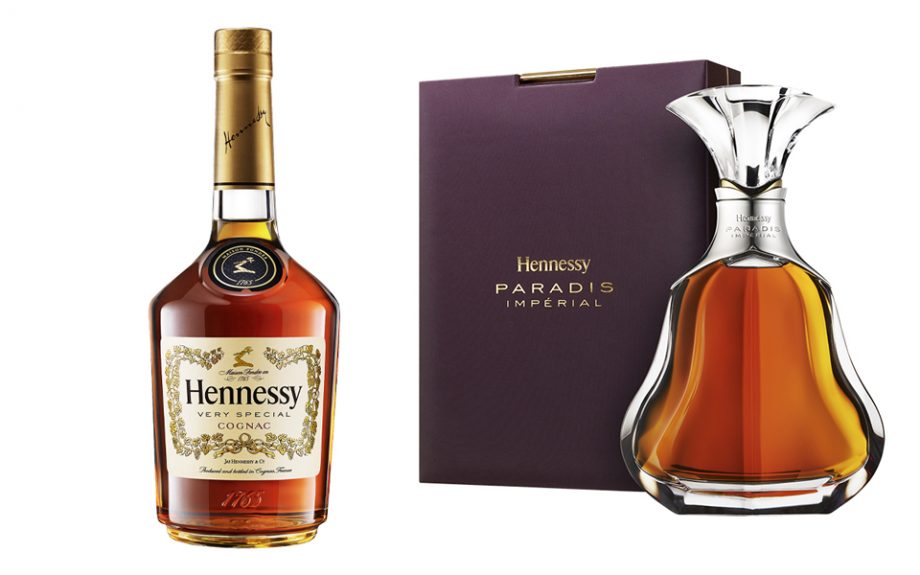 We’re pretty confident all of you would have heard about Hennessy, and there’s a good chance you would have tried it as well. Hennessy has earned itself a global reputation having been in production for 255 years and as a cognac producer, it is the largest in the world. Bottles range from the highly recognisable V.S. all the way through to the exclusive Hennessy Paradis Imperial (although a bottle of Hennessy Ellipse is said to sell for around US$13,000). 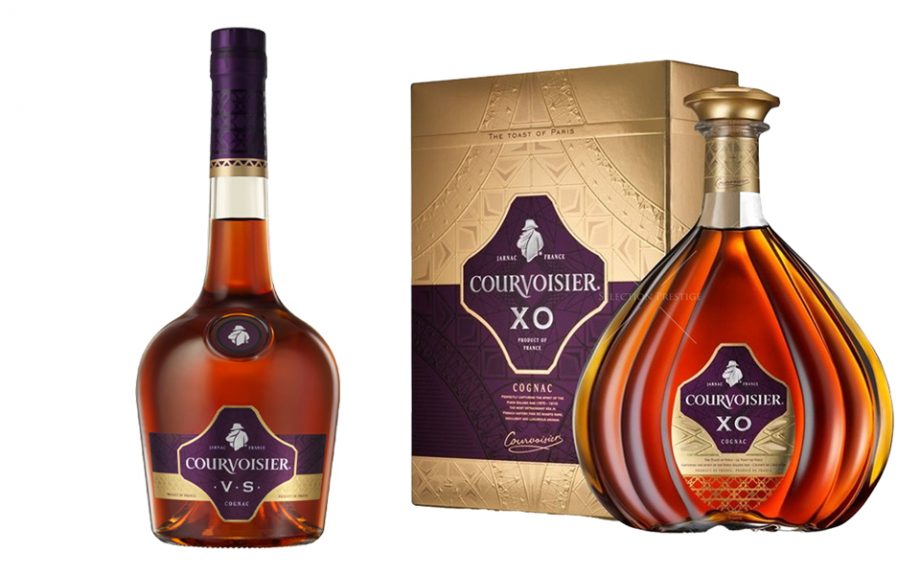 Courvoisier is another long-standing cognac house that is said to have been a favourite of Napoleon and Charles Dickens. The company still has its headquarters in the same building it moved into in 1828 in Jarnac, just outside Cognac, and is currently the only cognac house to have received the “Prestige de la France” award in 1984 for providing quality products to France.

It’s also the only cognac producer to control the entire process from grape to glass, with its strict production that was first established in Paris in the 1800s being followed to this day. This includes using grapes from the top four crus; only working with a defined list of growers, and only distilling its product between November and March. The maturation process takes places in 200-year old barrels, each chosen by the master blender. 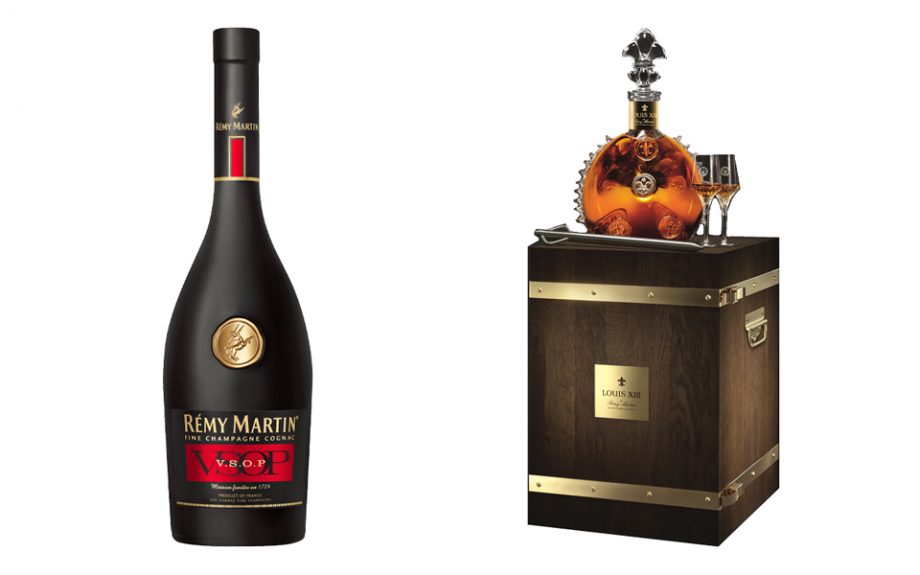 Rémy Martin rounds out the ‘big four’ group cognac houses (along with the previous two and Martell, which is to come) and has been producing its particular blend for nearly 300 years. All Rémy Martin cognacs can be classed as Cognac Fine Champagne, which means they’re made from grapes sourced from the two ‘best’ regions – or crus – of Grande Champagne and Petite Champagne.

Nowhere is that ‘best’ mentality exemplified than with the Rémy Martin Louis XVIII, a cognac made solely from grapes of various ages between 50 years – 100 years from the Grande Champagne region, with a 3-litre bottle setting you back around $35,000. 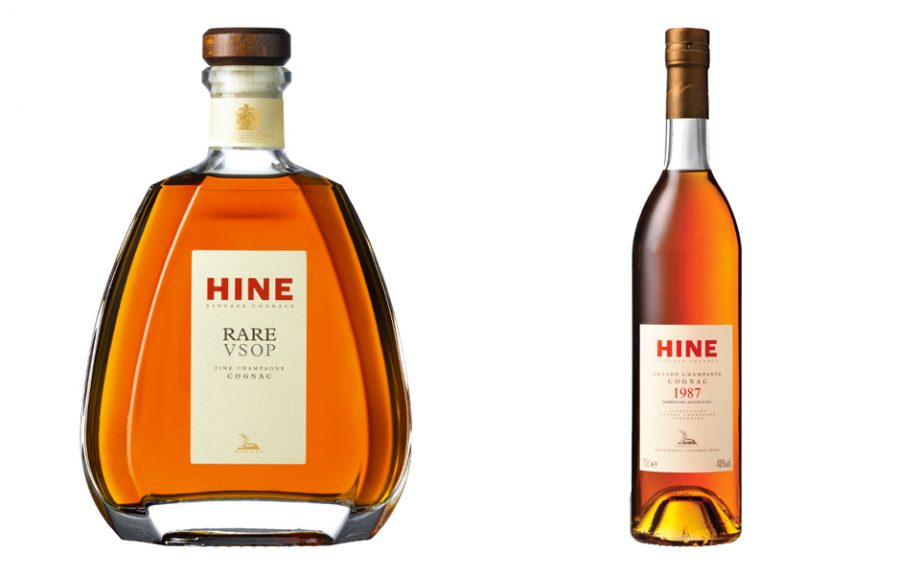 Hine cognac can be traced back to 1791 when Dorset, England native Thomas Hine left his homeland to head to France to learn how his father’s favourite spirit was made. His journey got off to a rough start, finding himself imprisoned after attempting to escape the French Revolution. He happened to be placed in a cell in a cognac house and after marrying the owner’s daughter, he eventually took over the business and placed his own name above the door.

The company is still under the ownership of the Hine family and has since earned itself the title of being the only official supplier of Cognac to the British Monarchy (Queen Liz clearly appreciates an after-dinner tipple). Like Remy Martin, Hine sources its grapes from the Grande and Petite Champagne regions, which coupled with its distillation methods – its cellar is found under the River Charente which causes high humidity levels – gives way to its unique flavour. 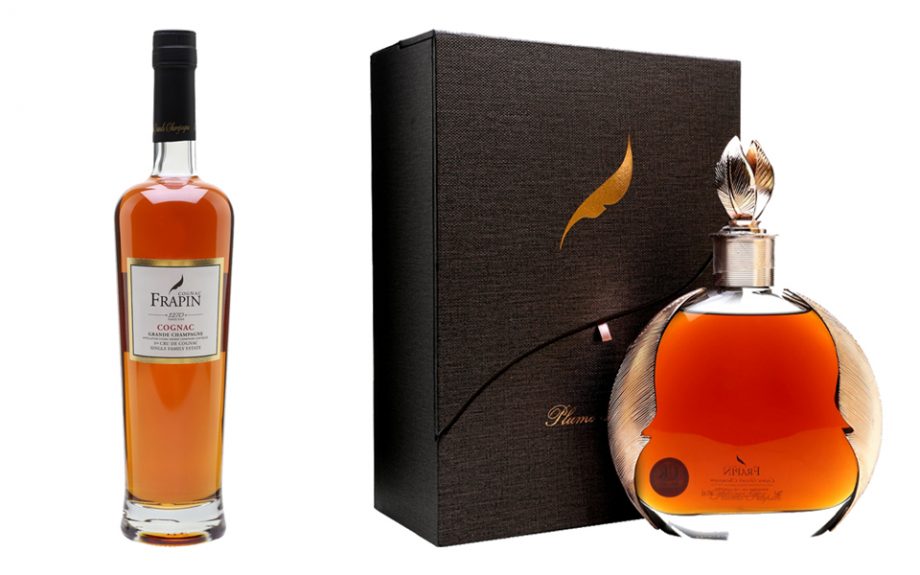 The Frapin family has cemented itself as a major figure within the Grande Champagne region, having settled there in 1270. Originally wine producers, the family turned its hand to using its grapes to make cognac instead and today, the company sources its grapes from some 240-hectares of vines. Frapin puts its eaux-de-vie through a double distillation process, before being matured in Limousin oak casks.

The warehouse the casks are stored in has two levels, which allows for two very different atmospheric conditions: greater humidity on the ground level, or a drier climate in the attic. Where the casks are stored affects the resulting flavour. Every single bottle Frapin produces is made entirely on the family estate, one of the only cognac producers that can make such a claim. 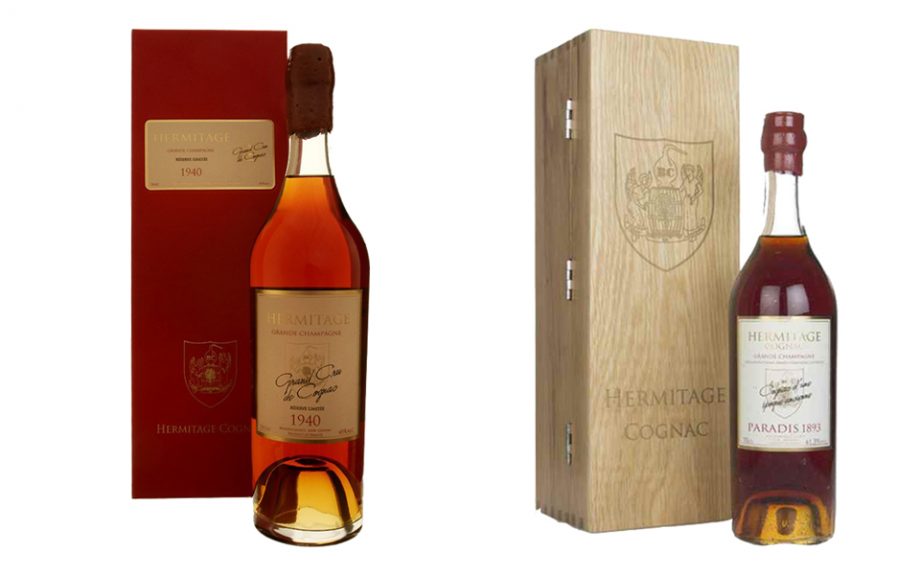 Hermitage positions itself as a “luxury” producer of cognac, compared to the likes of the ‘big four’ which churn out millions of bottles every year. Hermitage is more than happy to let its smaller yield of product mature in cellars for decades on end, and the cognac in those barrels is the result of a very specific distillation process, carried out by some of the finest distillers in the world.

Put simply, Hermitage describes its single estate cognacs as being “the very finest available in the world today.” 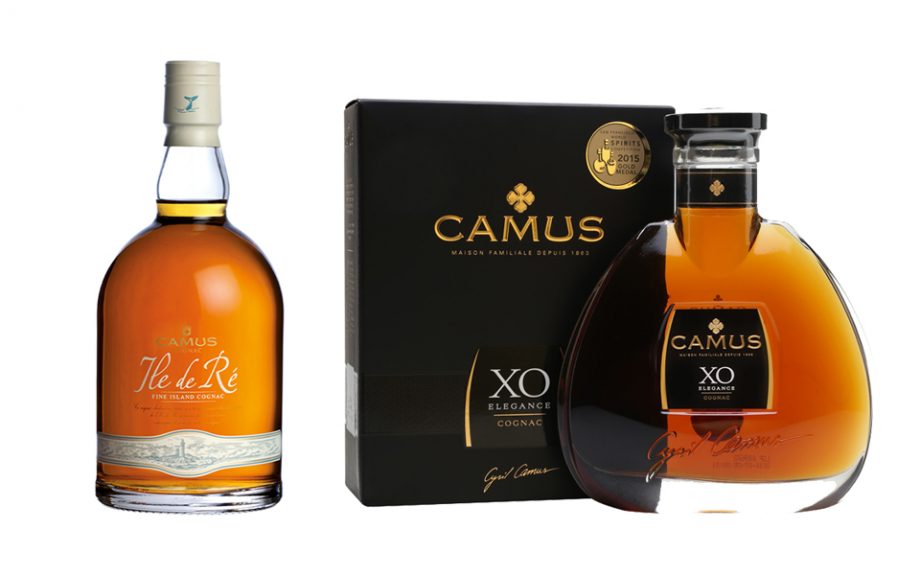 Camus has remained a family-owned cognac producer since its founding 1863 and today finds itself being the cognac of choice for most travellers, being stocked in virtually all international airports and even on most airlines. The company’s headquarters can still be found in the Cognac region itself, with its grapes being sourced from as the Île de Ré, a small island off the coast of La Rochelle and on that falls under the sixth cru.

Grapes from this region are said to give a more “maritime” taste, which Camus seems to prefer. Although the company also offers a bottle of cognac that has been finished in Tawny Port barrels to inject a new fusion of flavours.

How to drink cognac?

Cognac can be enjoyed neat or mixed in a cocktail like a Side Car or Swift.

What is cognac made from?

Cognac is made from grapes and aged in French oak barrels.

Cognac does not continue to age once bottled. So it should remain good to drink for a considerable amount of time.

What's the difference between cognac and brandy?

Cognac is a variety of brandy, just like a Scotch is a variety of whiskey. Cognac is specially produced in the Cognac region of Southwest France. If it does not come from there, it is not real Cognac.

Which Cognac is the smoothest?

A Cognac’s smooth rating should be dependent on its age and quality. Younger Cognacs like VS or VSOP will have a different smoothness than aged ones like XO or Hors d’Age.

How is cognac made?

Cognac is made from a blend of grapes grown in Charante region of France, double-distilled in copper pot stills and aged at least two years in oak barrels, either Limousin or Tronçais.

Best Coffee Table Books For A Man Of Interior Style

Stylish Beach Towels For Men To Sunbathe In Style

The Essential Style & Fashion Books For The Gentlemen Of Today