Australia is great at many things, but one of the most well-known is its output of craft beer. According to Statista, there are over 300 independent brewers that call Australia home, and the overall craft beer market is valued at over AU $150 million and is increasing by five to 10 percent each year.

With such a huge number of craft beer breweries outputting all manner of creative concoctions each year, how do you decide which ones to buy each time to step into a bottle shop? Well, we’ve put together this list of our favourite craft beers to help you get started.

This is by no means a ‘definitive’ list since there are simply far too many incredible craft beers to choose from – you can check out GABS’ hottest 100 beers as voted for by Aussie drinkers here – but it should help serve as a perfect place to start, whether you’re new to craft beer or are in search of something new.

But first, in case you weren’t too sure, what exactly is a craft beer?

What is craft beer?

Craft beer shouldn’t be a new term to you, but have you ever wondered exactly what it means? The traditional definition says it’s a beer that has been produced in limited quantity by small-scale, independent breweries, i.e. those that aren’t owned by larger corporations.

Essentially, it’s a beer that has been produced with craftsmanship.

However, there are many craft beers in Australia that come from breweries that are now owned by large corporations. This technically no longer makes them ‘craft’, yet they will still be labelled so. In most cases, the quality of the beer won’t change, and the only reason larger corporations get involved is so they can produce the beer on a larger scale and distribute it over a greater area. 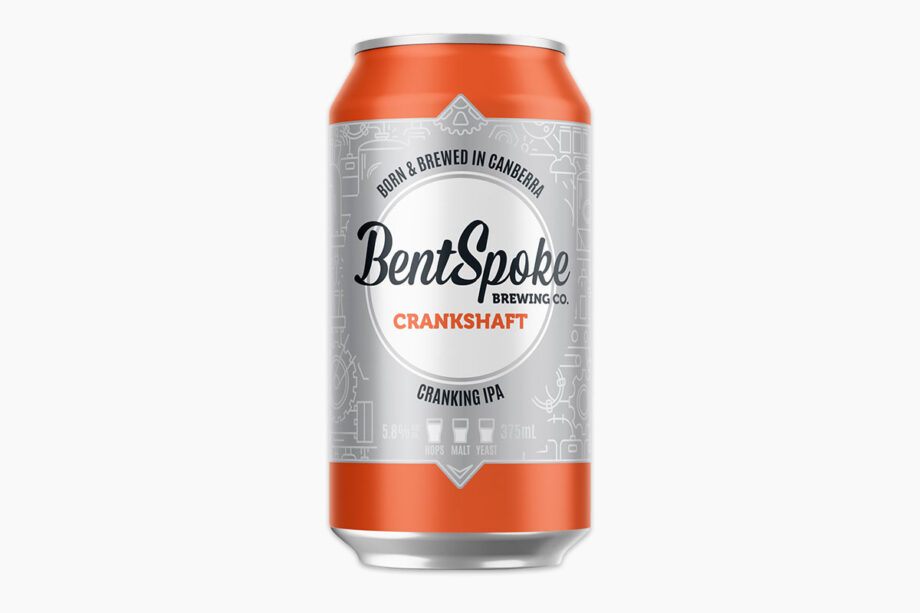 Officially Australia’s best craft beer two years in a row, this 5.8% American-style IPA from Canberra-based BentSpoke Brewing Co. delivers citrusy notes and a well-balanced flavour of hops. Easy drinking and one that has a pleasant mouthfeel, it’s easy to see why Australians love this craft beer so much.

Be sure to also check out the Sprocket IPA. 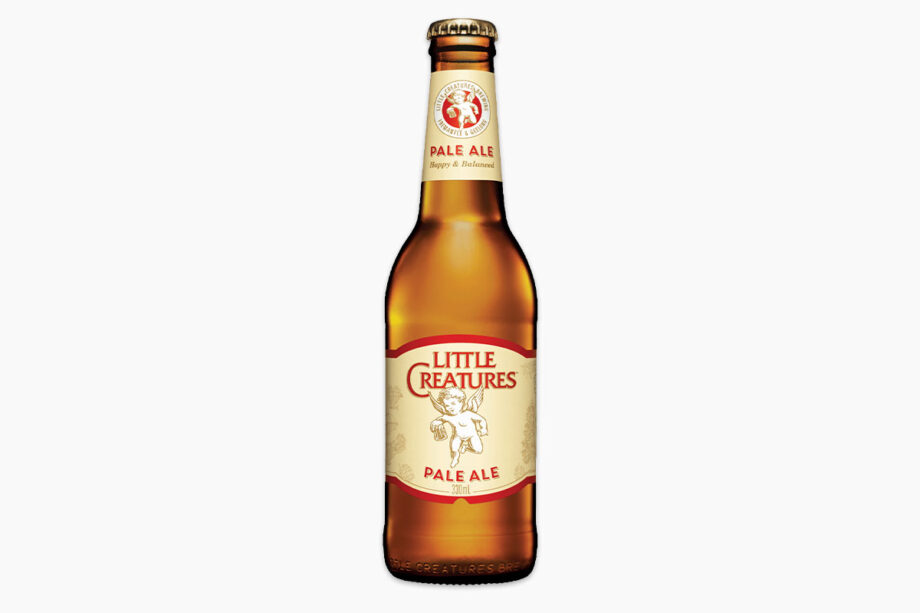 Little Creatures hails from Fremantle, Western Australia, with the doors to its brewery flinging open in 2000. Since then, the team have worked tirelessly to pump out some delicious brews to keep Australian drinkers happy. The Little Creatures Pale Ale is one of the best and is in constant production. A 5.2% classic American pale ale uses hops imported directly from the US. Expect citrus flavourings with a hint of sweet caramel.

Make sure you also check out the Little Creatures Pacific Ale for a summer day refresher. 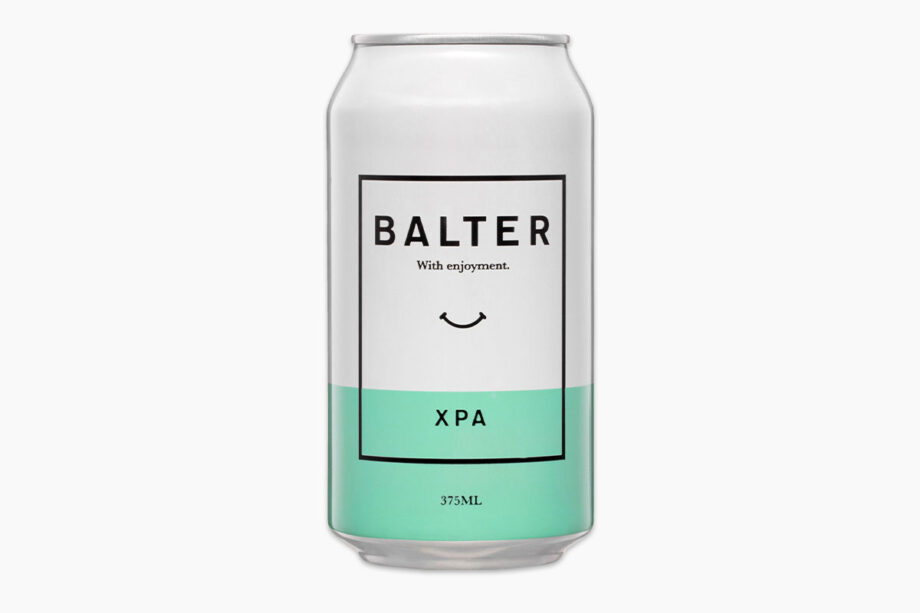 Balter was founded in Currumbin, Queensland by a team of guys that includes surfing champions Mick Fanning and Joel Parkinson. In just six years since it was founded, Balter has been catapulted to the forefront of the Australian beer scene thanks to its eclectic range of beers and its message that beer should always be enjoyed with a smile.

Consistently ranked as one of the best craft beers in Australia, Balter XPA has it all. Bursting with tropical and aromatic flavours. It can be dangerously easy to drink several Balter XPAs in one session, but this only speaks volumes of how enjoyable it is. 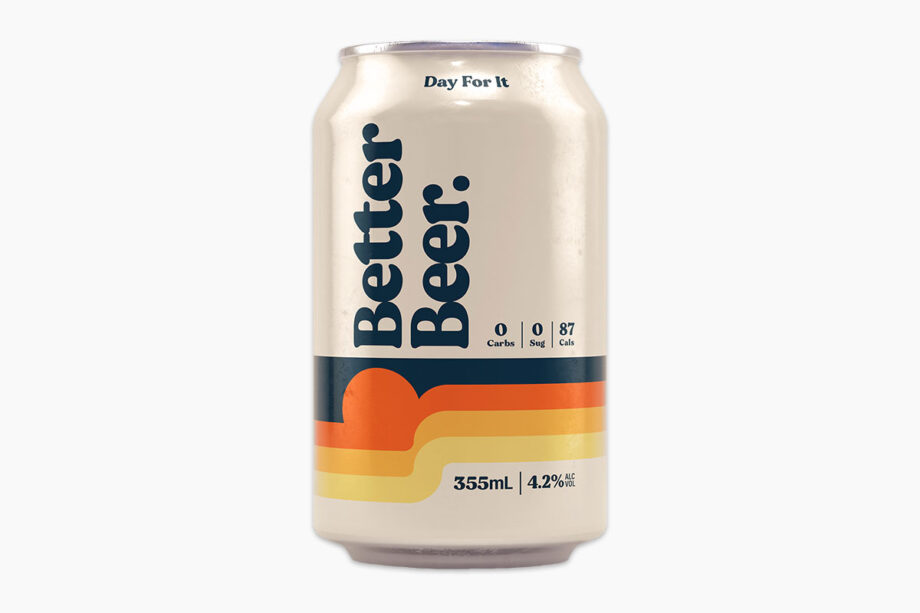 Better Beer is something of a phenomenon. Developed by social media stars The Inspired Unemployed, Better Beer made its debut on the GABS Hottest 100 at position 6, which is no mean feat, let us tell you. Better Beer is a zero carb lager and has just 87 calories, making it not only a great tasting beer for your tastebuds, but a great beer to help minimise the beer belly. 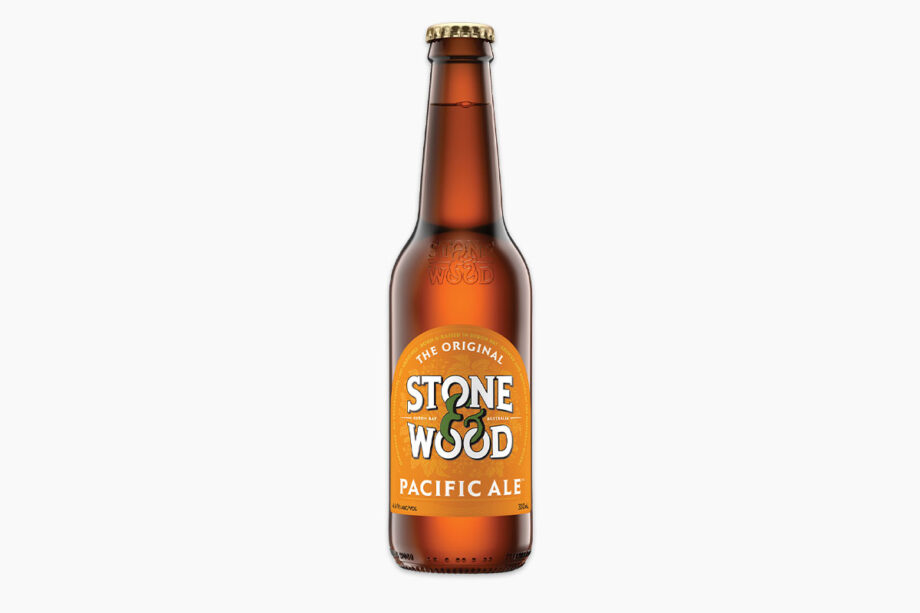 Another one of the most recognised beers in Australia is Stone & Wood’s, Pacific Ale. Based in the beautiful Byron Bay, Stone & Wood brews beers that match perfectly with a laidback lifestyle, to be enjoyed with friends after a surf or whilst watching some live music. Incredibly easy to drink, the Pacific Ale is made using some Australian ingredients to ensure it tastes as fresh and local as possible. If you somehow haven’t tried it yet, we seriously recommend you do so soon.

Describing its XPA as a “calypso sunset in a can”, this brew from Canberra-based Capital Brewing Co. is one you should definitely get your lips around. While other breweries already mentioned on this list have been bought by larger corporations, Capital Brewing Co. remains completely independently owned, and it’s the team’s attitude towards using local ingredients and building a strong sense of community that really shines through. 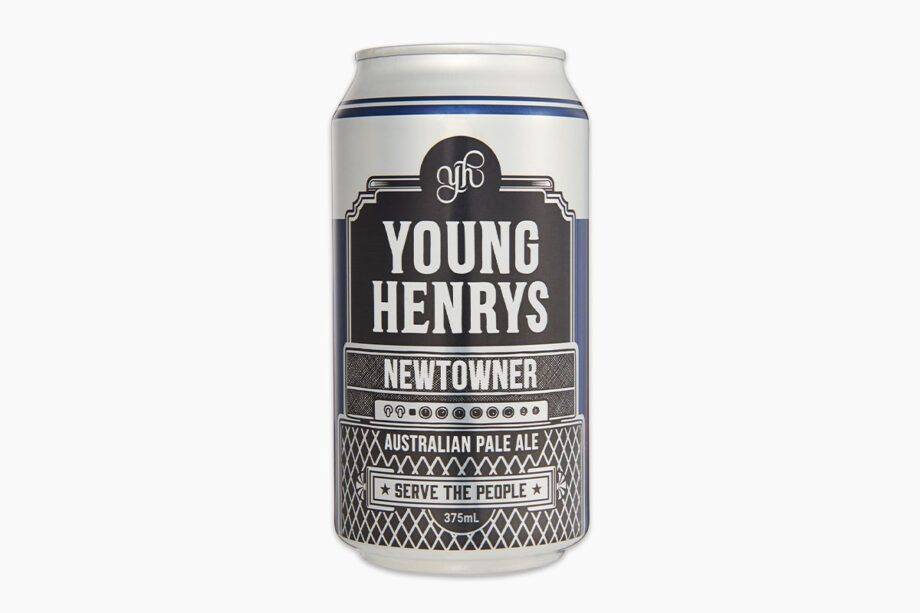 Another beer to make it into the top 10 of the GABS Hottest 100, Young Henrys Newtowner is a fine example of a great-tasting beer that delivers peach-flavoured notes with a hint of passionfruit and citrus. When the team at the Newtown-based brewery developed the brew back in 2012, it was originally intended to be a beer just for Newtown locals, however, because it was received with absolute acclaim, Young Henrys had no other option but to release it on a much grander scale. 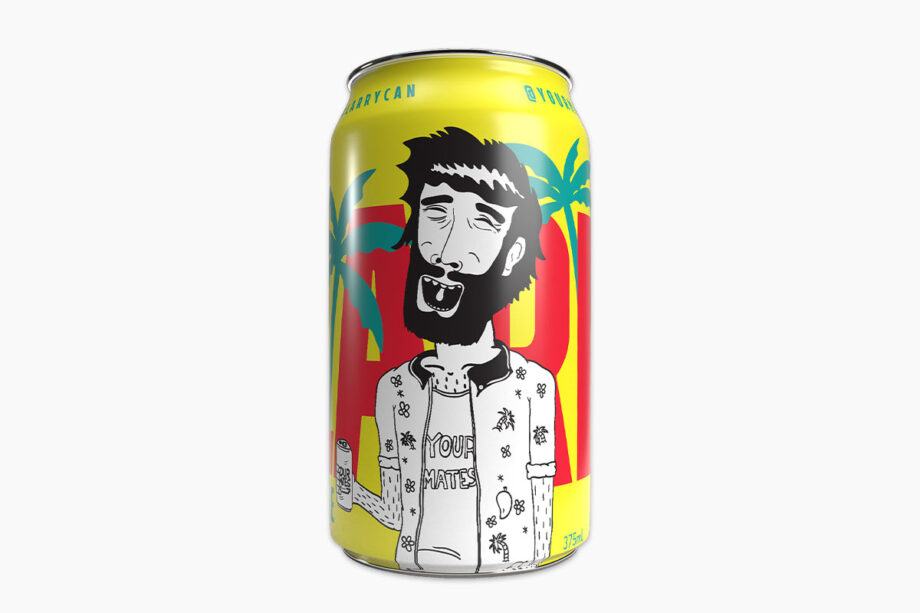 Larry is the highest entry on the GABS Hottest 100 (number 3) to come from a brewery on the Sunshine Coast and the team behind this delicious brew couldn’t be more deserving. We reckon you’ll struggle to find a more Australian brewery than Your Mates, as the whole idea to start their own brewery came after having a few too many tinnies on the couch one evening. Openly admitting they had zero money to fulfill their dream, they managed to bribe friends and family with free beers to help them build their own slice of brewing paradise.

While Larry is Your Mates’ original brew, in the few short years they’ve been brewing, the team has now added a whole selection of craft beers (a few of which also made it into the hottest 100) to the menu that we seriously recommend you seek out at your nearest bottle shop. 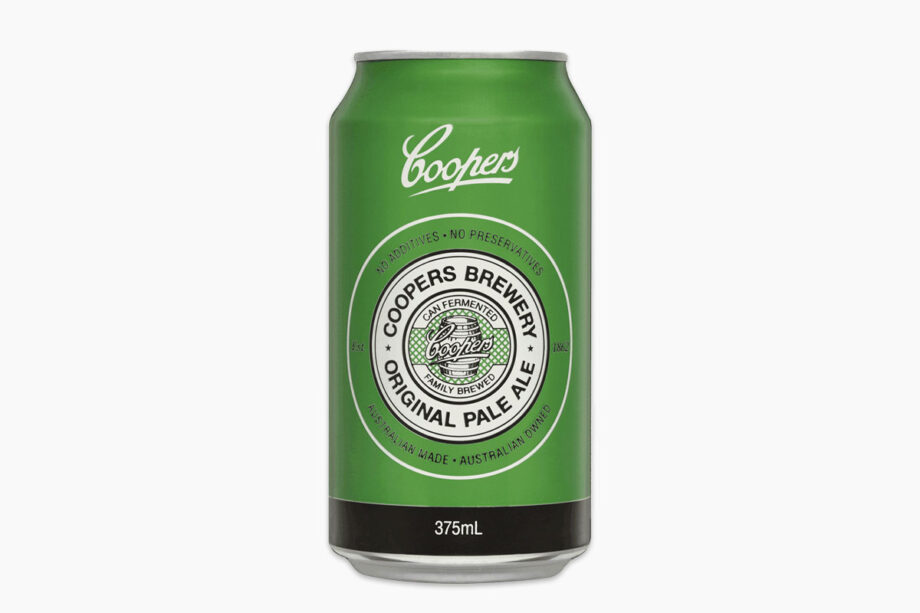 Coopers Brewery has been creating some incredible beers in Australia for 160 years. Today, it is the largest Australian-owned brewery, with the main brewing site being found in South Australia. Coopers has a wide range of beers that are enjoyed daily by Australians, but the Original Pale Ale, or ‘Coopers Green’ as it is more commonly known, is one of the outright standouts. Naturally conditioned in the bottle or can, anyone who has had a Coopers Pale Ale before will know it has sediment at the bottom, so it’s important you roll your beer before drinking to get it all mixed up. 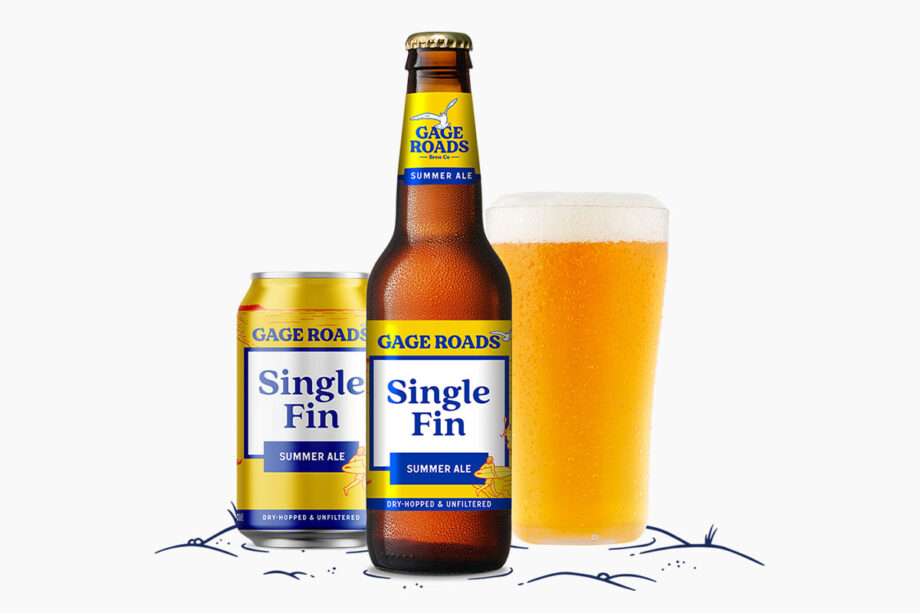 Western Australian brewery Gage Roads Brew Co. is all about “sun, sand and beer in hand,” to quote the company itself. Nothing sums up this mentality quite like the Single Fin summer ale. Refreshing, light-bodied and bursting with tropical flavours, if you haven’t tried this beer before, then make it the next thing you do. Be warned, though, it may just become your new favourite. 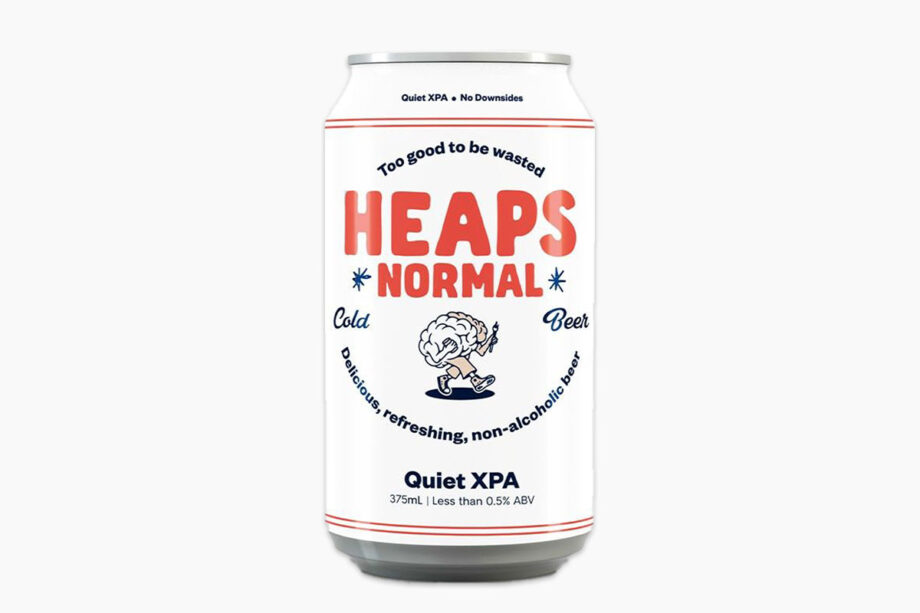 It’s worth remembering that not everyone wants to, or likes to drink. And, of course, there are nights you want to enjoy with friends but simply can’t deal with a hangover the following morning. This is where non-alcoholic beers come to the fore. Sometimes, however, they just don’t taste the same and aren’t enjoyable. That certainly isn’t the case with the Heaps Normal Quiet XPA non-alocholic craft beer.

The Heaps Normal team are all about mindful drinking, believing that “there’s things in life that are too good to be wasted,” and sinking a few Quiet XPAs on your next night out will allow you to enjoy those good times to the max. If anything, it tastes better than some other alcoholic XPAs, delivering a refreshing, tropical taste. Who knows, you may be converted to an alcohol-free lifestyle after your first sip.