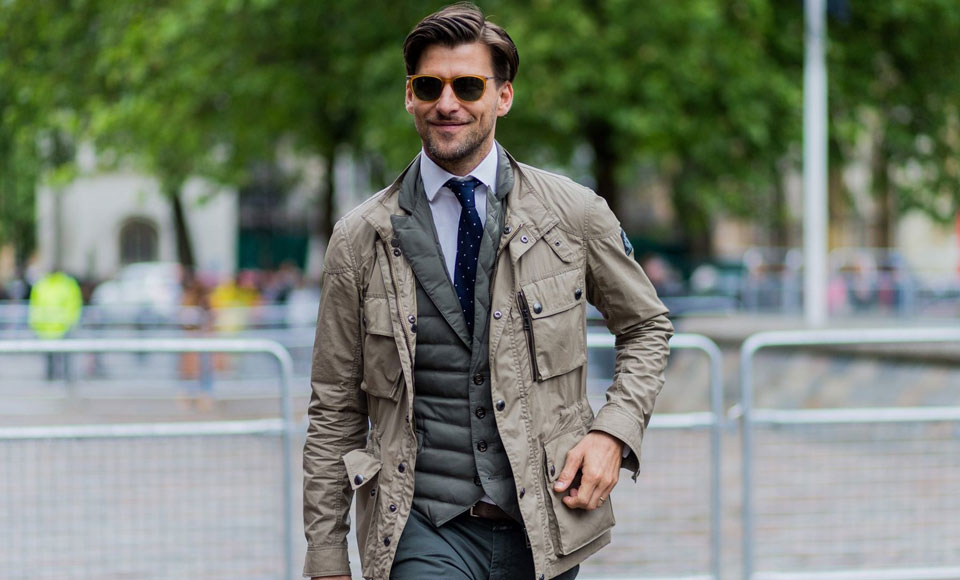 With the seasonal chill fast approaching, it’s likely that most guys are desperately rummaging through the back of their wardrobe in the hopes that their winter kit hasn’t been devoured by moths or accidentally dumped in a charity bin.

If the worst has happened, then it might be time to hit the shops. Puffer vests sit in the middle territory between autumn and winter, where it’s not cold enough to re-introduce your sentimental anorak, but a lightweight cardi just doesn’t bring the heat.

These winter wonders have quite a history. Washingtonian outdoorsman and all-round tough guy Eddie Bauer revolutionised the puffer vest in the closing days of the 1930s. He had spent enough time in the unforgiving cold of Washington State to know that you needed as much thermal firepower as you could get if you wanted to survive a frosty night out.

After a risky weekend in the snow that nearly ended his adventurous life, Bauer put his inventor hat on and got cracking. He stuffed a quilted jacket full of down feathers (ensuring they were proportionately deployed inside the jacket for optimal insulation). The puffer jacket, and by extension vest, was born.

Puffer vests and their jacket siblings became popular among outdoorsmen, athletes, and soldiers who had to hike, climb, and machine-gun their way through relentless arctic conditions and come out the other side hypothermia free.

While it’s likely you’re not heading to the DMZ in Korea or the coldest fringes of Oregon this weekend, a puffer vest is a sensible addition to your wardrobe for those encroaching nippy mornings. These vests both fit right into a smart casual corporate look and won’t land you at the bottom of the style bin over the weekend.

How To Wear The Puffer Vest (A.K.A Gilet Vest)

Like most active, outdoor or sports pieces, the puffer vest which is formally known as the gilet vest, has very much evolved over the last 15 years. While it’s still designed to keep you warm, the gilet is no longer just oversized and puffy — it’s slimmed down quite a bit. Add to that an increase in more fashionable gilet colours and patterns — and a shift for glossy quilting to matte shells — and the gilet is a go-to fashion piece for men this season.

If you need some extra pointers, we’ve compiled a comprehensive guide on how to wear a gilet vest with absolute style and class for any occasion. 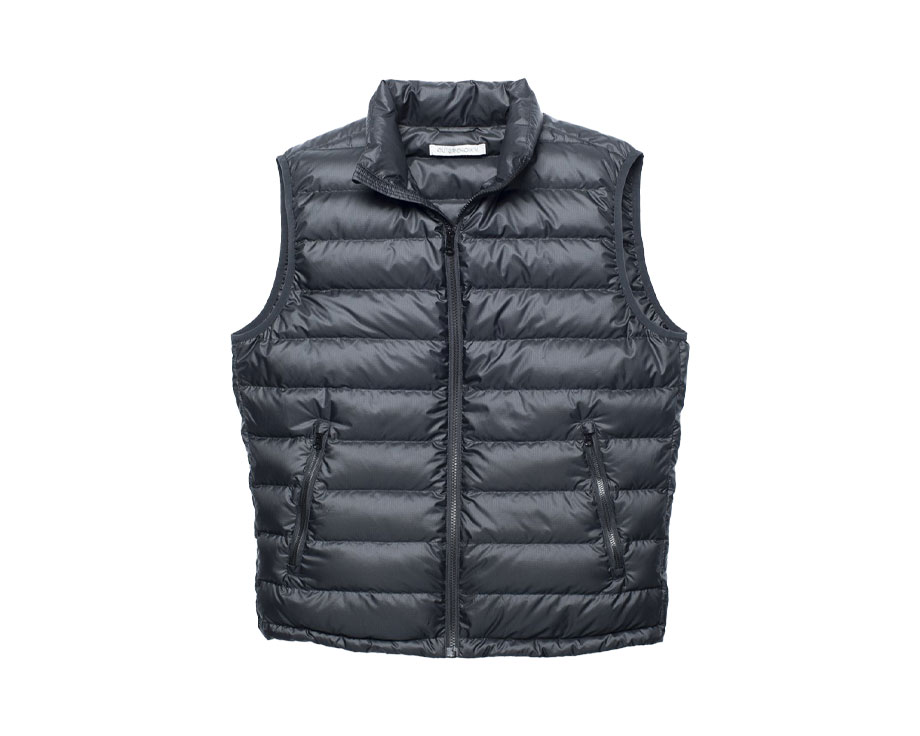 Understanding that surfers can catch a chill too, Outerknown, the surf brand that is king of casual style, has a comprehensive range of puffer vests and gilets to its name. As with everything else in the label's collection, sustainable and recycled materials are used as much as possible, so you feel extra cosy knowing you're doing good for the environment.

Outerknown's flagship puffer vest is filled with responsibly-sourced down, which also makes it incredibly light and malleable, so it can be scrunched up into a bag when it's not needed. You're going to want to wear it as often as you can though, as it looks damn fine, and is the perfect top layer for one the brand's overshirts or Henleys.
Shop Now 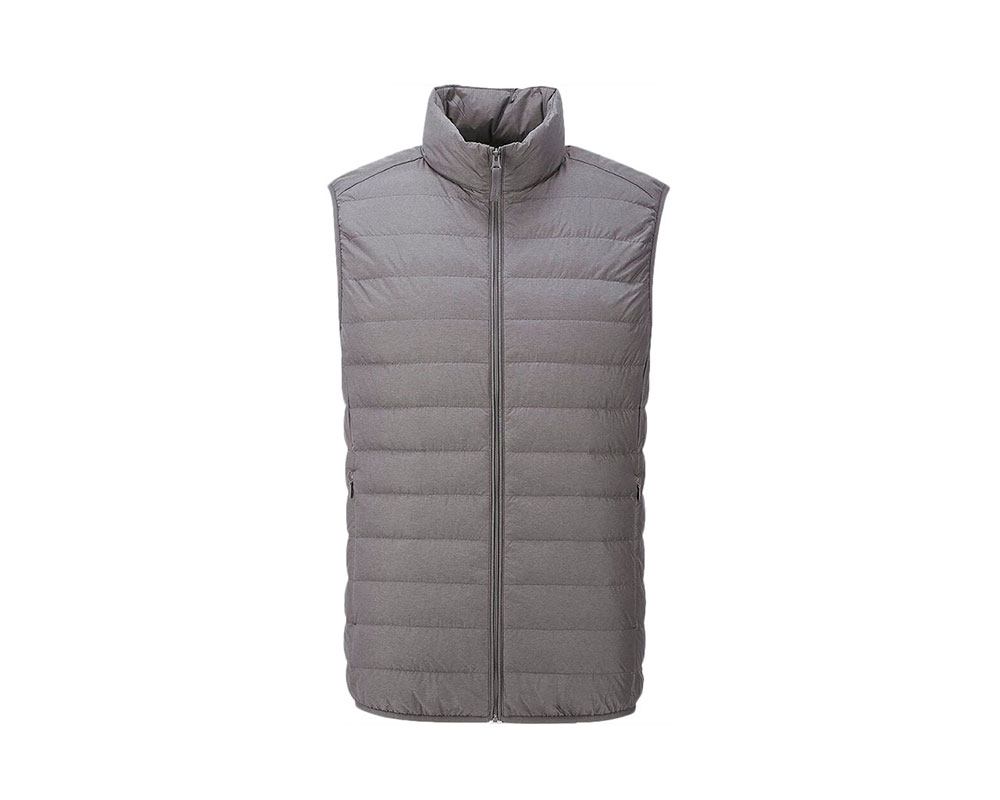 Uniqlo is a Japanese clothing company that produces high quality, functional and affordable clothing. They design and manufacture every item in-house to ensure it meets their high quality standards. Their unique, unfussy designs are typically Japanese yet have international appeal thanks to this simplicity. Their ultra-light down collection is a particular highlight in their lineup.
Shop Now 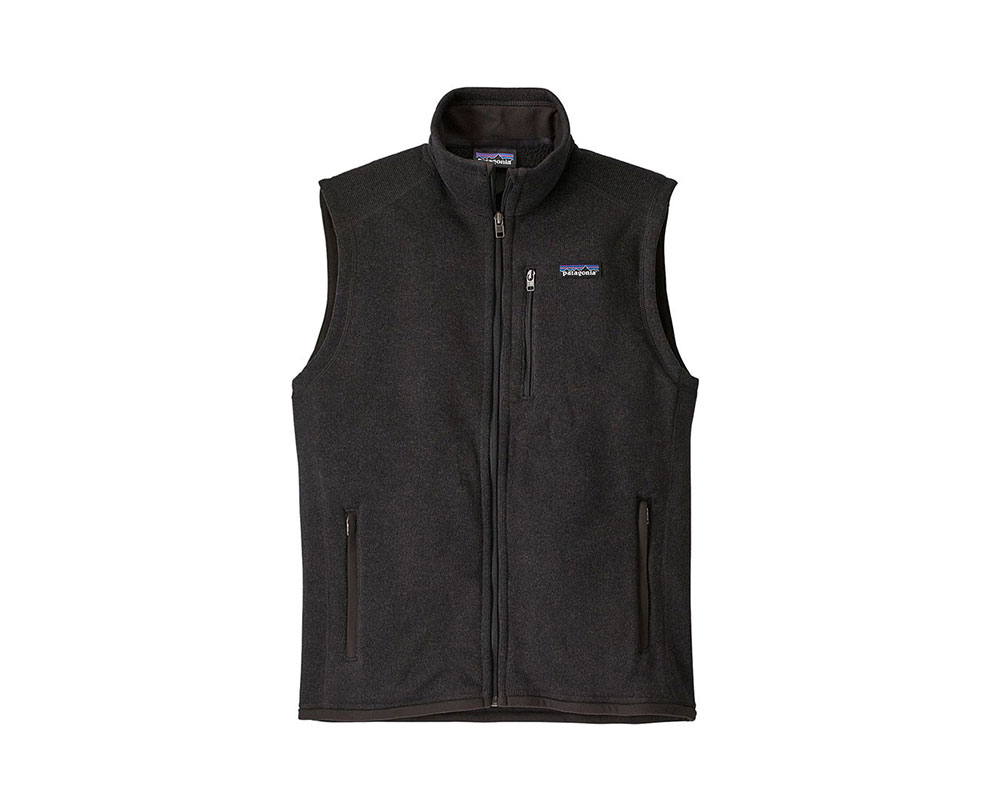 Founded by American explorer Yvon Chouinard, Patagonia has adventure running through its veins. Not only do they create ultra-high quality gear, but their products are ethically made and environmentally conscious. Built to perform in any conditions, even the board room, Patagonia’s ‘Better Vest’ has recently become a favourite of finance hotshots across the U.S.
Shop Now 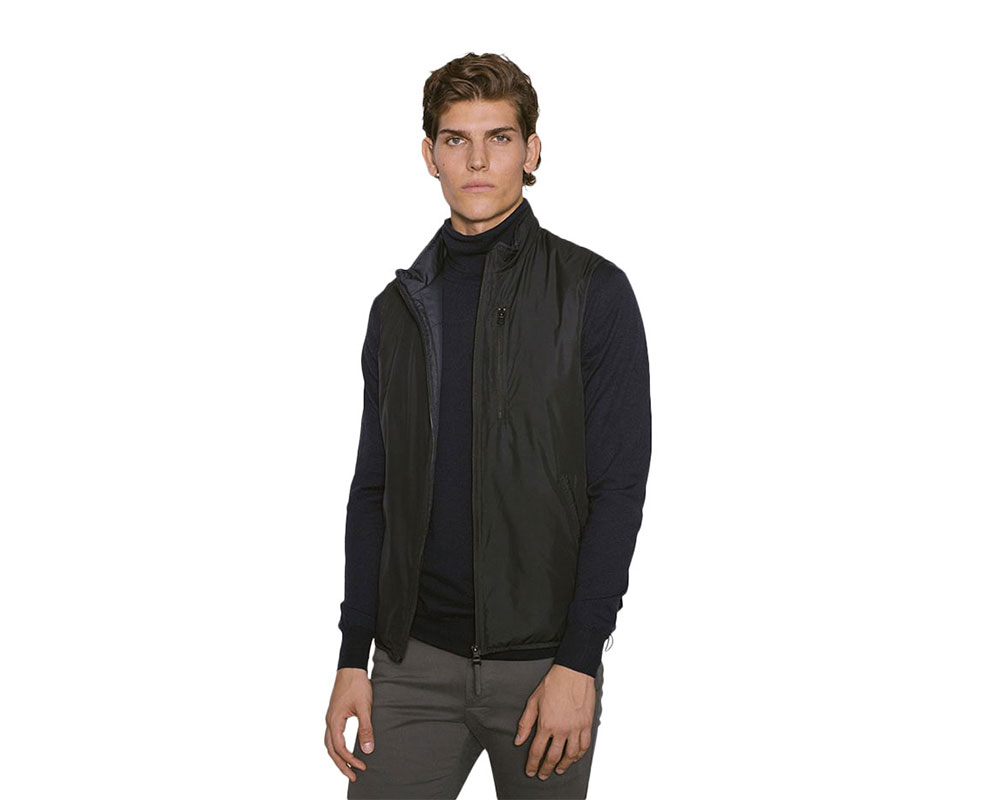 Started by two Spanish brothers in 2015, Shon Mott produces clothing inspired by the minimalist designs and styles of Barcelona. The brothers use their expensive knowledge of fabrics and textiles to produce clothing fit for purpose, that performs as well as it looks.
Shop Now 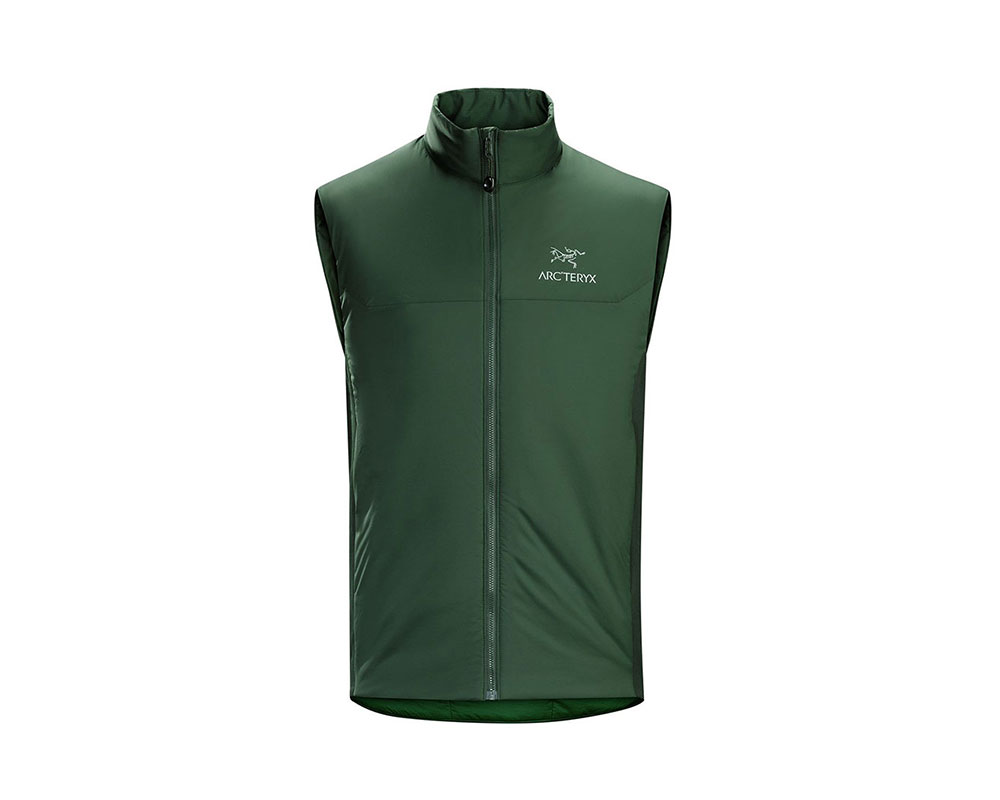 Named after one of the first known birds, Arc’teryx makes a range of outdoor gear with the ultimate aim of being disruptive and evolutionary in the outdoor clothing market. Their clothing is favourited by those exploring the wilderness as well as those exploring the Aprés bar after a day of skiing.
Shop Now 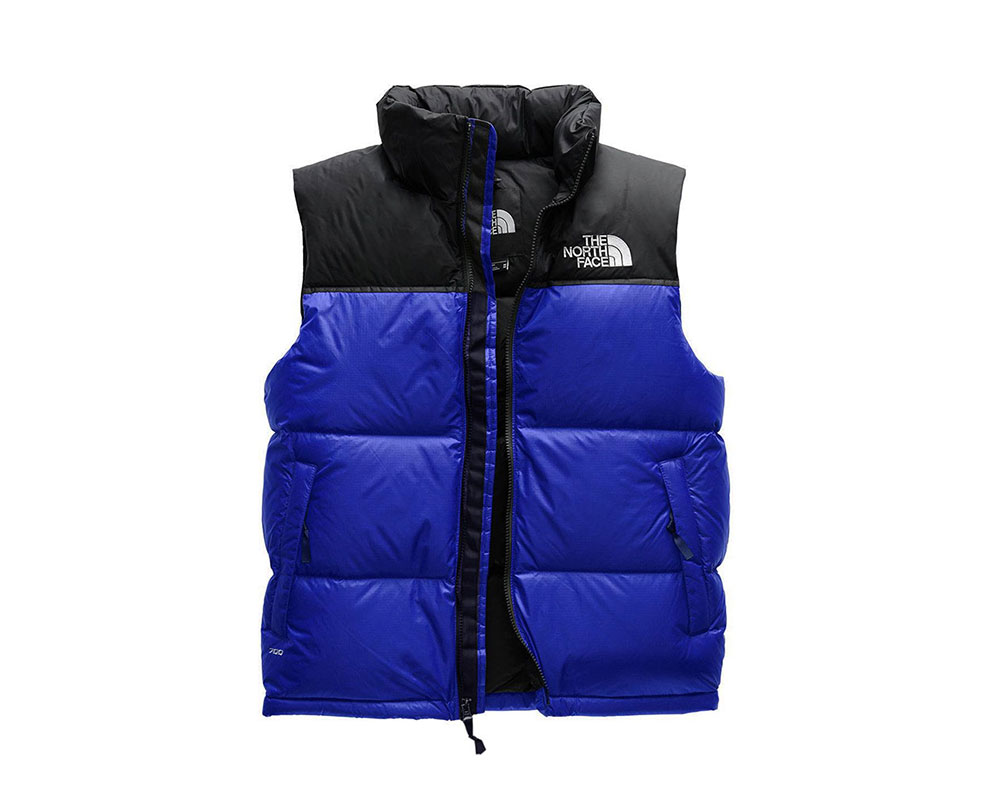 For decades, The North Face has been producing exceptional outwear to suit any condition. Not only have they captured the outdoor lifestyle market, but their clothing has become increasingly popular with hype beasts and dads alike. In recent years, their retro-styled 1996 Nuptse vest has become an iconic piece and is well worth anyone’s consideration.
Shop Now 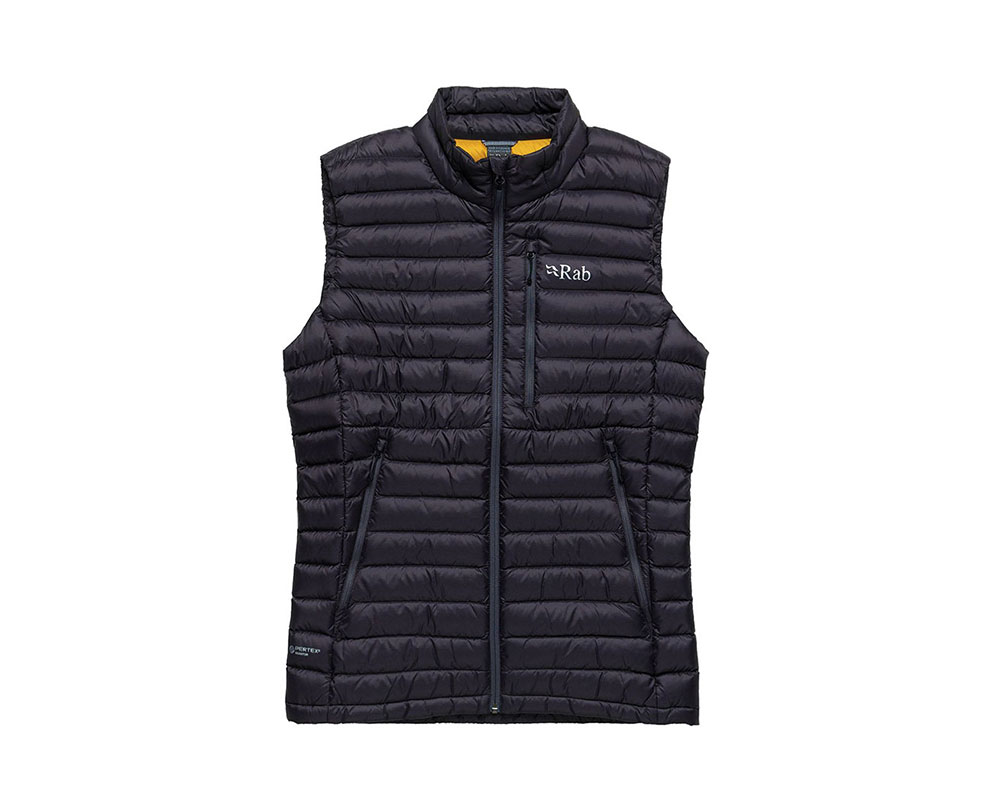 RAB is a British outerwear brand that specialises in making both clothing and equipment for climbing and mountaineering. They use cutting edge technology in all of their garments to ensure they perform to the highest standards.
Shop Now 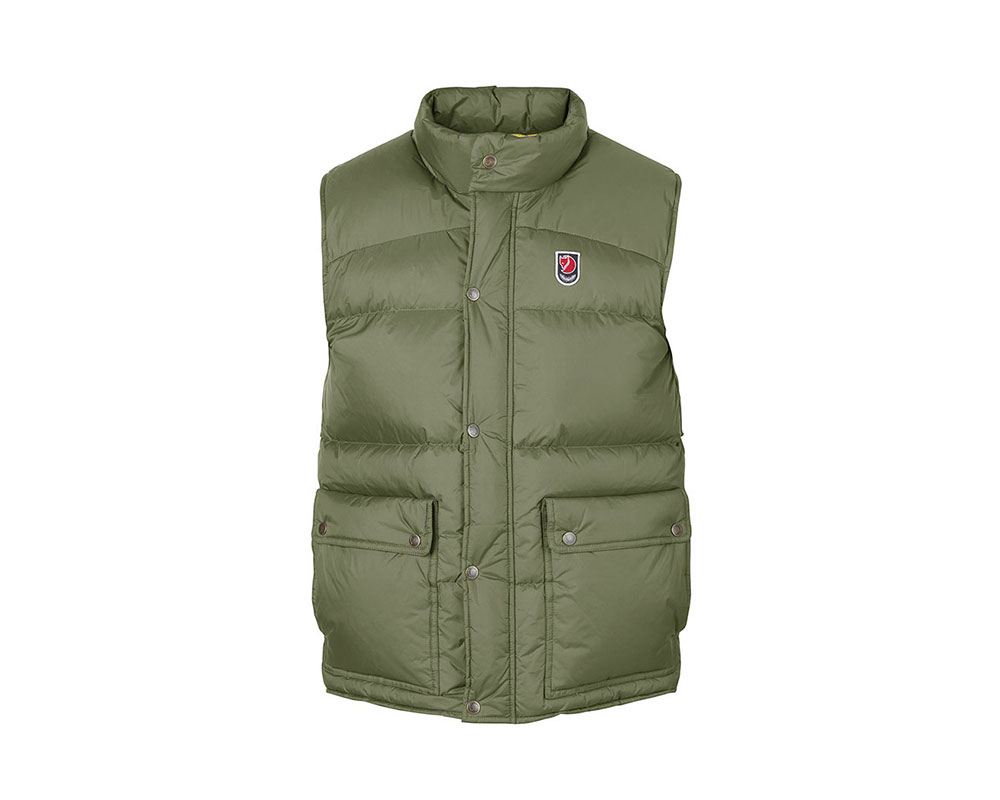 From the cold climate of Sweden, Fjallraven makes a range of outdoor clothing and accessories. Most famous for their Kånken backpack, a bag that is both durable and stylish, Fjallraven places an emphasis on quality with all of their products.
Shop Now 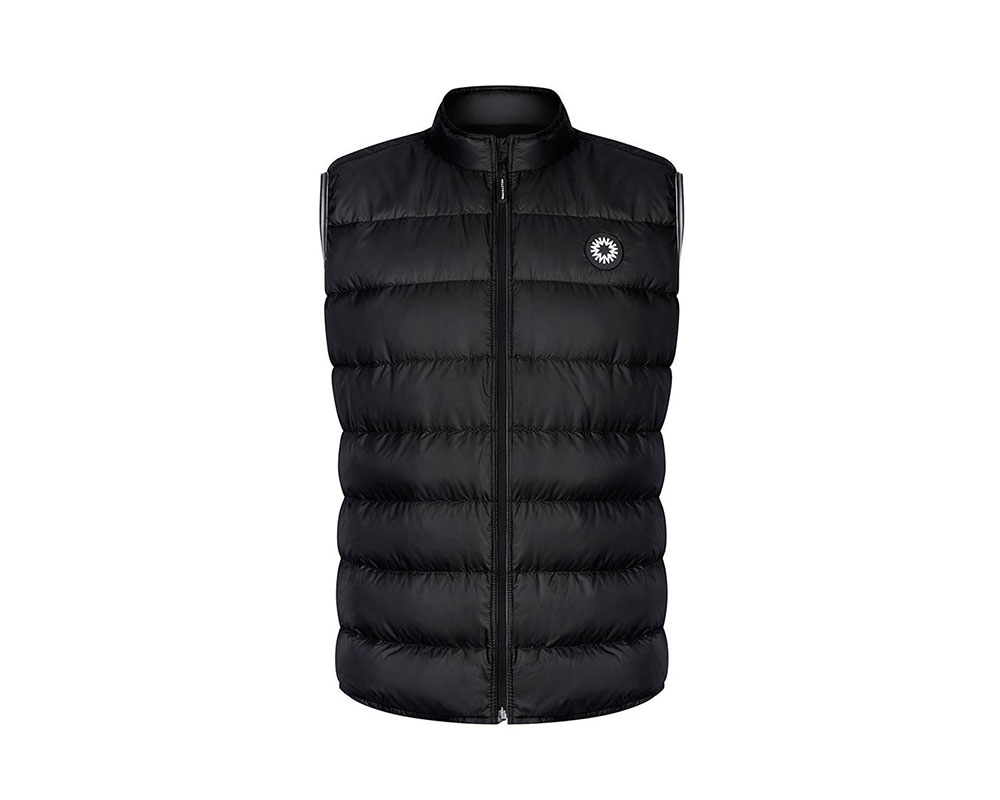 Shackelton is a British outerwear brand named after Sir Ernest Shackelton, who led three Antartic expeditions and is considered one of Britains all-time greatest explorers. The brand combines exploration grade quality with a touch of refined luxury. Even in extreme locations or conditions, Shackelton will have your back.
Shop Now 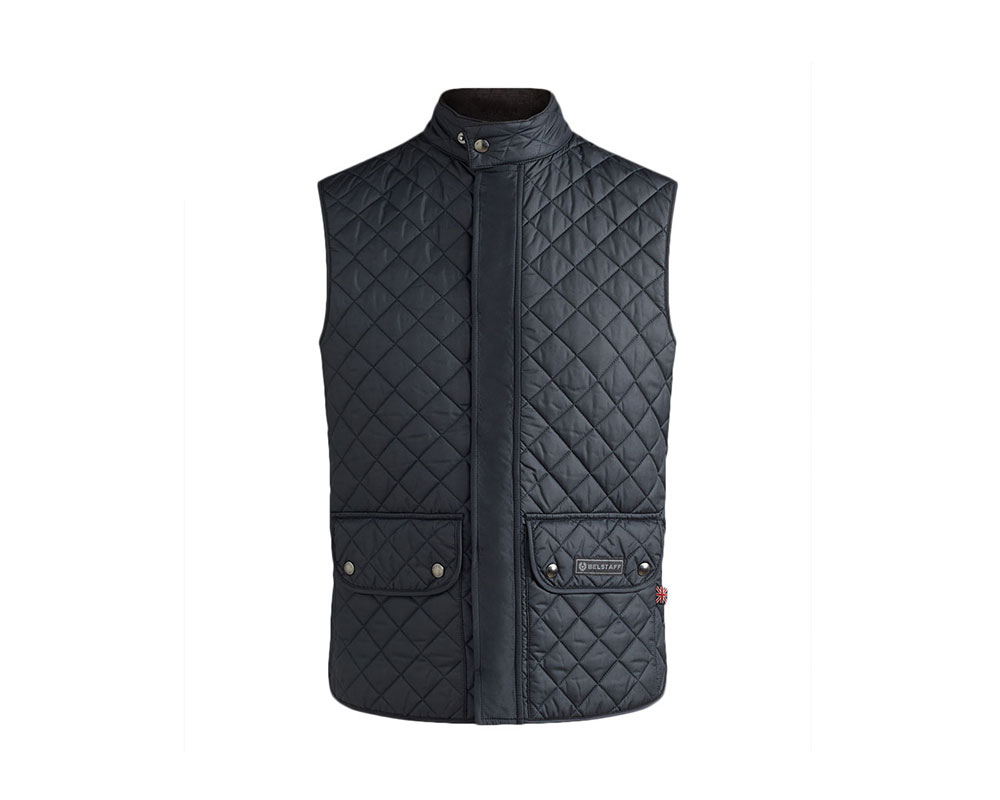 Belstaff prides themselves on their adventurous spirit which has enabled them to produce clothing and gear for those who wish to take to the road on an adventure. Originally designed for and used by motorcycle riders in the famous Isle of Man TT race, Belstaff products are tough as nails and will give you that rugged edge.
Shop Now 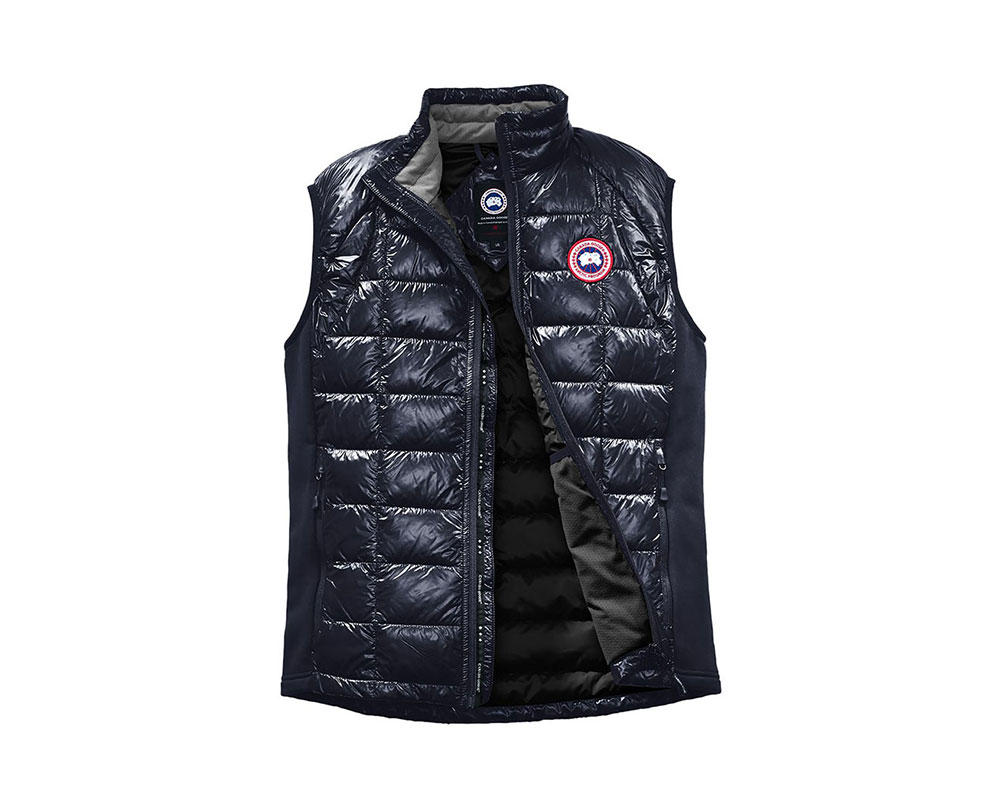 Canada Goose and their iconic patch has become a symbol of both status and quality. Filled with exclusively selected Canadain goose down, jackets and vests made by Canada Goose are some of the best performing around.
Shop Now 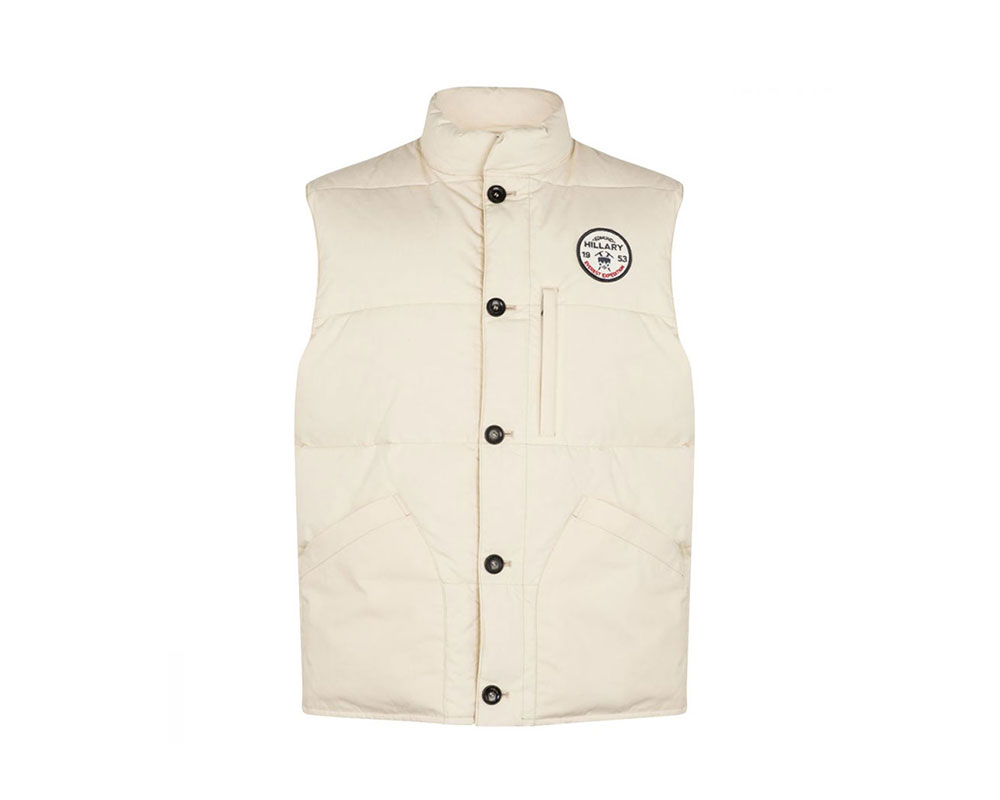 Named after the first man to summit Mount Everest, Sir Edmund Hillary, the brand was launched in 2018 by his descendants to keep his legacy alive. They employ both contemporary and traditional manufacturing methods, materials and styles to make clothing for any and all conditions.
Shop Now 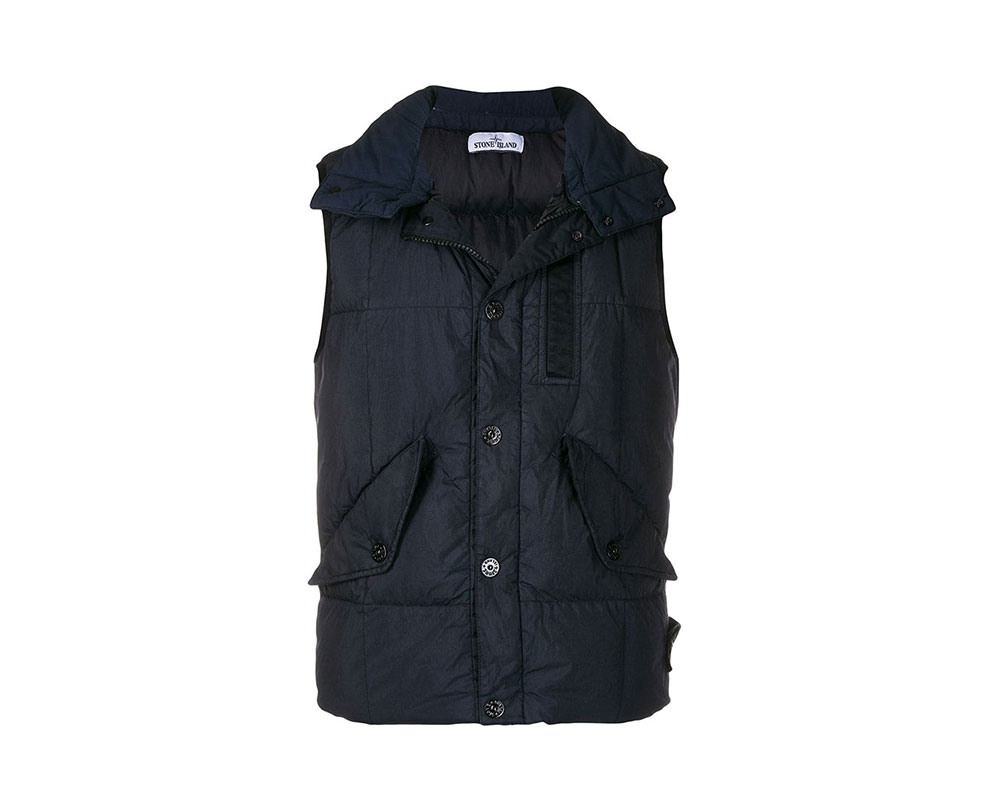 Stone Island is a luxurious Italian outerwear brand that combines typical Italian style with functionality. Their distinct patch that buttons onto the left sleeve of all of their clothing has become an icon in its own right. Stone Island is a favourite in British football culture as well as Drake, who has helped make Stone Island increasingly popular in hip-hop culture.
Shop Now