Don’t for a second think that Australia is home solely to amazing red wines such as Shiraz and Cabernet Sauvignon, oh no. We here Down Under are also masters of white wines, from crisp and thirst-quenching light and dry whites all the way through to fuller, medium-bodied varietals.

The most popular bottles in Australia are without doubt Chardonnay, Riesling and Sauvignon Blanc, although others such as the Sémillion grape are becoming increasingly popular, especially in the Hunter Valley region.  South Australia, however, is easily the most important wine-growing region (although, not just for white wine, but all Australian wine) with the different sub-regions producing white wines of varying tastes and textures.

Unlike with Australian red wine, which has an overarching producer in the form of Penfolds, there is no real main producer of Australian white wine (although Penfolds does produce some exemplary Chardonnays).

As we’d always say, finding the best Australian white wine for you is as easy as going to some Cellar Doors, trying the wines on offer and seeing how your tastebuds react. After all, wine can become an incredibly expensive hobby if you don’t know what you’re doing (or even if you do, as it happens).

To help make your search for some amazing white wines that bit easier, we’ve put together this list of the best Australian white wines currently available, encompassing different grape varietals and various budgets.

For some extra help and insider knowledge, we’ve previously reached out to some expert Australian sommeliers, to spill the grapes with regards to how to pick a great white wine.

How To Pick A Great White Wine

Now that you’ve had your crash course in grape slurping, it’s time to step up your summer cellar selection: here are the best producers of white wine in Australia you can rely upon for a delectable drop.

What is the most popular white wine in Australia?

Chardonnay is the most popular white wine in Australia, and even outsells the incredibly popular Shiraz. Chardonnay grapes can be grown virtually anywhere, and so the vast majority of Australian wine makers will have at least one example in their repertoire.

What white wines are dry?

Quite a lot of Australian white wine is dry, with Pinot Grigio, Pinot Gris, Sauvignon Blanc and Chardonnay being prime examples. 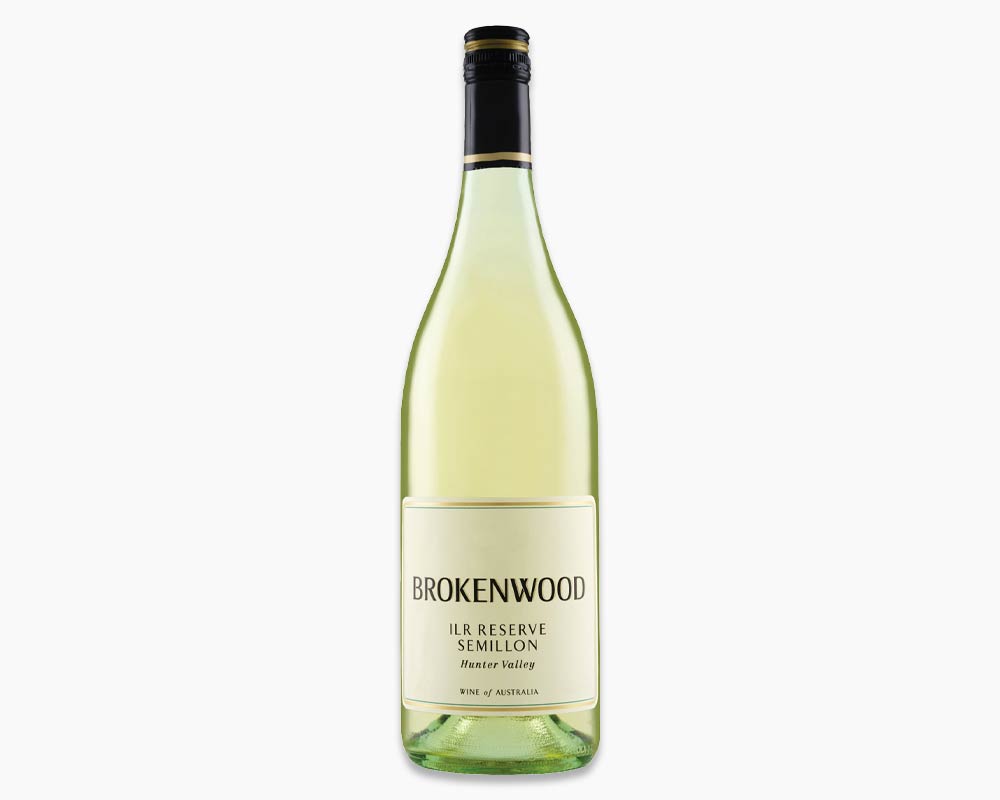 Brokenwood planted its first vines in the Brokenback Ranges in the Hunter Region in 1970. Founded by a trio of friends, including renowned Australian wine critic James Halliday, the company initially started life growing cabernet sauvignon and shiraz varietals. White wine didn’t appear on Brokenwood’s roster until 1982 with the arrival of chief winemaker Iain Riggs.
It was a great decision, as the ILR Reserve Semillon (named after Iain) consistently ranks among the very best and has even picked up a few awards. It’s the perfect representation of what the Hunter Valley has to offer. 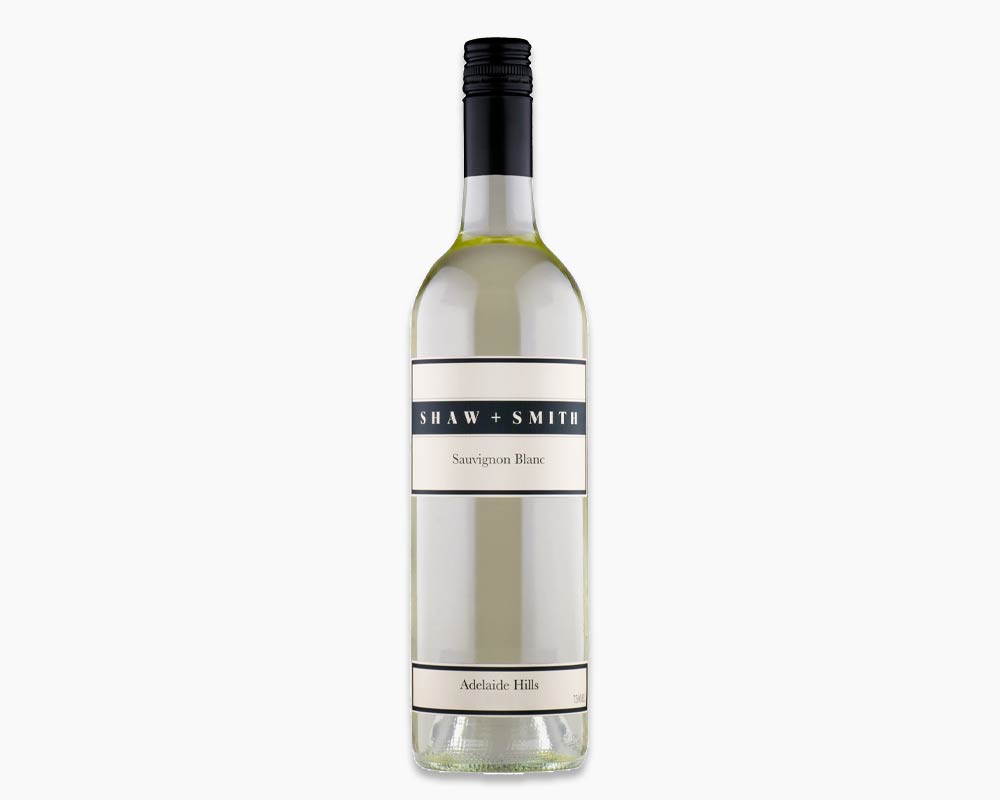 Shaw + Smith was founded in 1989 by cousins Michael Hill Smith and Martin Shaw. The two made the decision to plant vines at higher altitudes (one at 380m, the other at 500m) within the Adelaide Hills to take advantage of the cooler climate. This has allowed them to produce some stunning examples of sauvignon blanc, riesling and chardonnay (along with some delicious shiraz and pinot noir varietals).
Shaw + Smith is not only dedicated to producing great wines but also producing them in sustainable ways, including handpicking grapes and using no herbicides, fungicides or synthetic fertilizers on the vines. 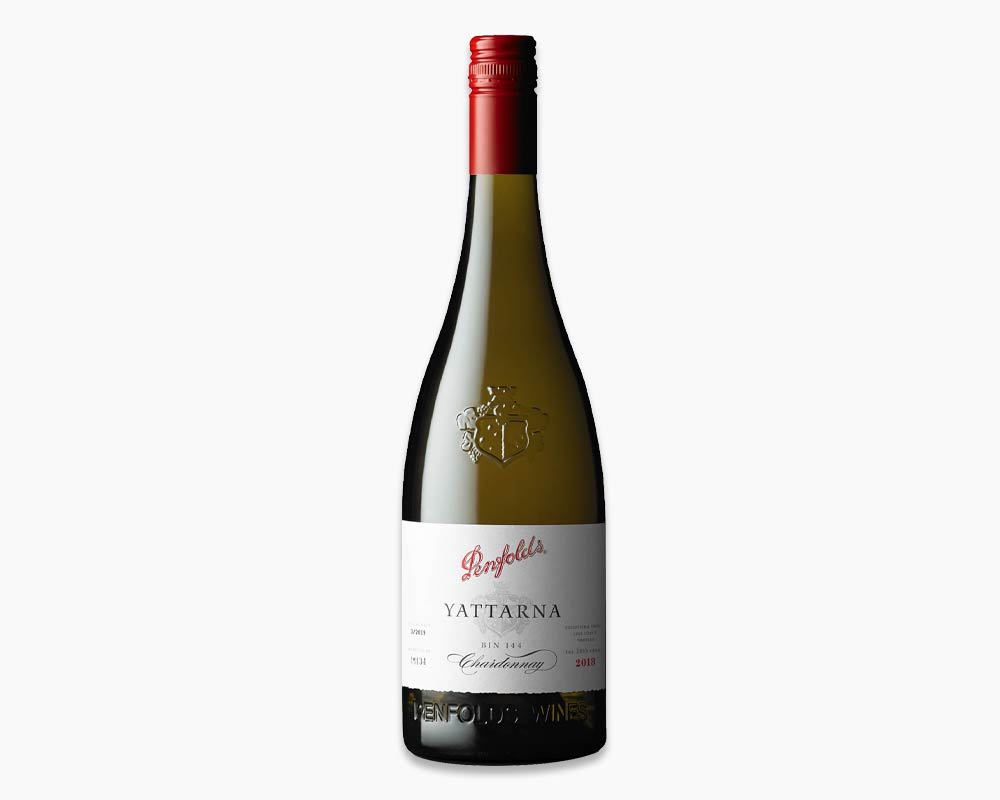 While Penfolds is undeniably better known for its sublime red wines, with the Grange label being a particularly famous Australian export, it’s proven itself to be a dab hand at producing the humble white wine too. Just as with its red wines, Penfolds starts each growing year afresh, taking advantage of the individual nature of each new harvest to create white wines with unique flavours, but those that are unmistakably Penfolds.
The company’s Chardonnays are the real standout, with different vineyards and various vintages to choose from. The Riesling selection, predominantly from the Eden Valley is another drop you really need to try. 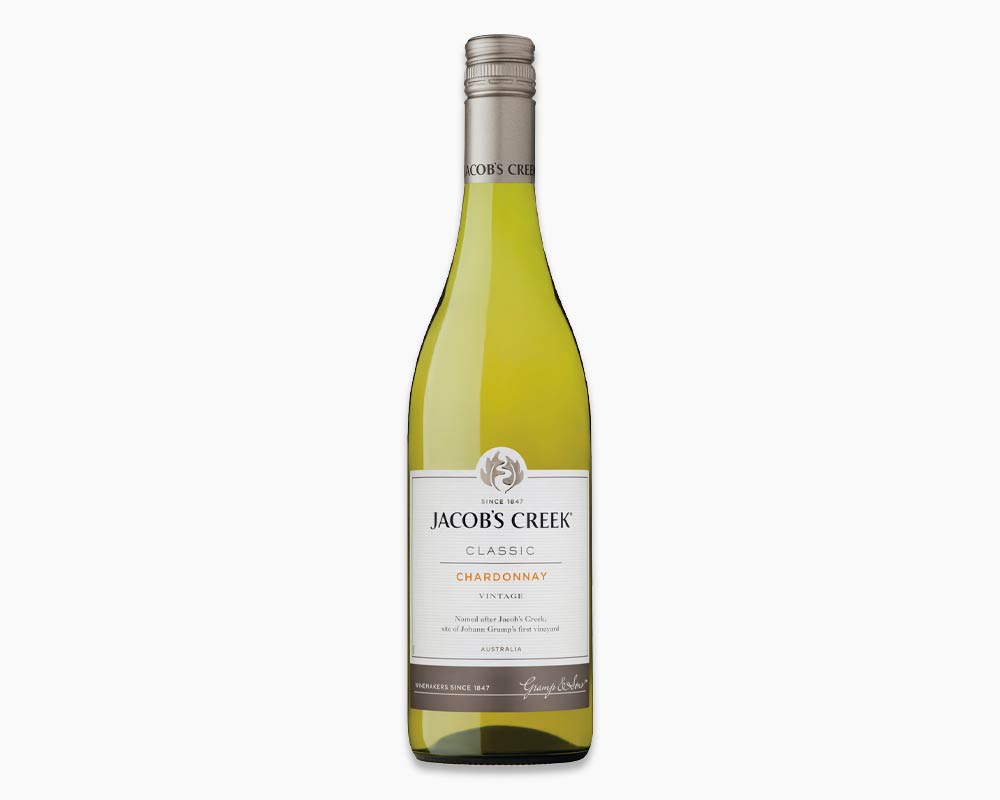 Think of Australian wine – not just white – and it’s hard to gloss over Jacob’s Creek. The Australian wine producer is one of the most recognised names around the world, even cementing itself as the number one wine brand is key markets such as the UK and Asia.
It’s easy to see why, since Jacob’s Creek has a plethora of wines covering virtually all the main varietals – think Chardonnay, Riesling, Pinot Grigio and Sauvignon Blanc – that cater to all budgets too, making it one of the most accessible wine brands of them all. 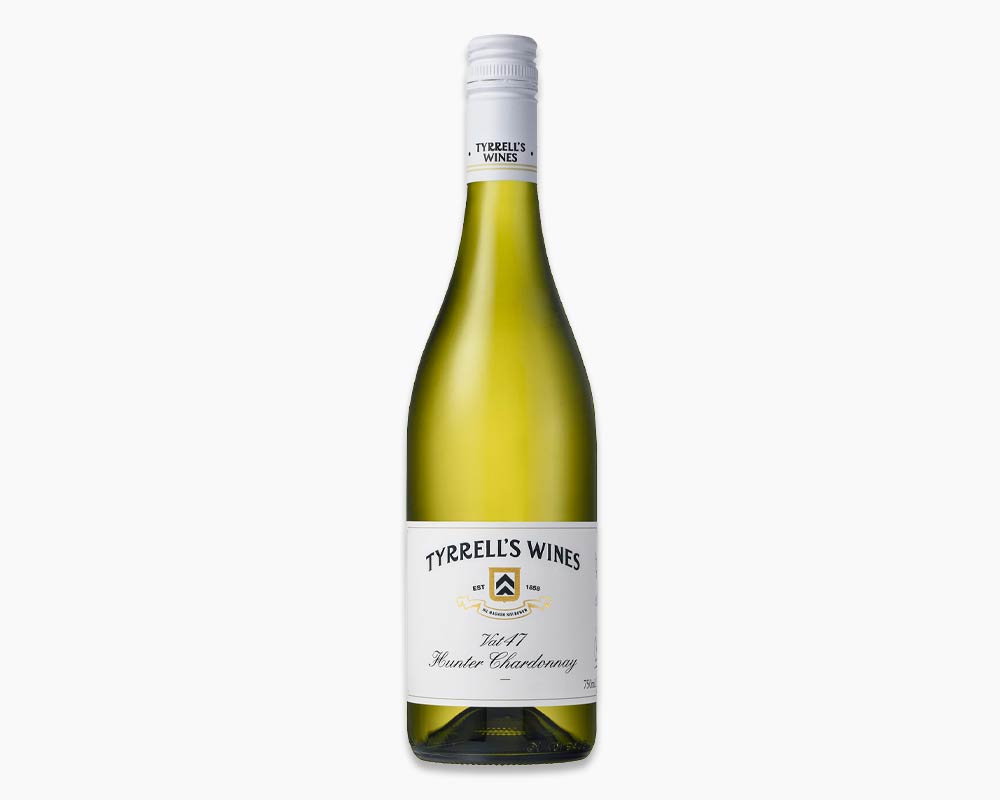 Tyrrell’s has remained a family-owned wine producer ever since its first vines were planted in 1858. It was founded by an English immigrant and in the 160+ years of its life, has grown from having just 60 acres of land to 900, split across sites in both the Hunter Valley and Heathcote in Victoria.
Like Jacob’s Creek, Tyrrell’s has an extensive selection of wines to sample, with numerous labels catering to both the premium end of the market, and those more likely to be destined for easy drinking in the evenings. With such a vast range, it means there is plenty for you to get your lips around, and with many of Tyrrell’s wines being highly rated, we highly suggest you do. 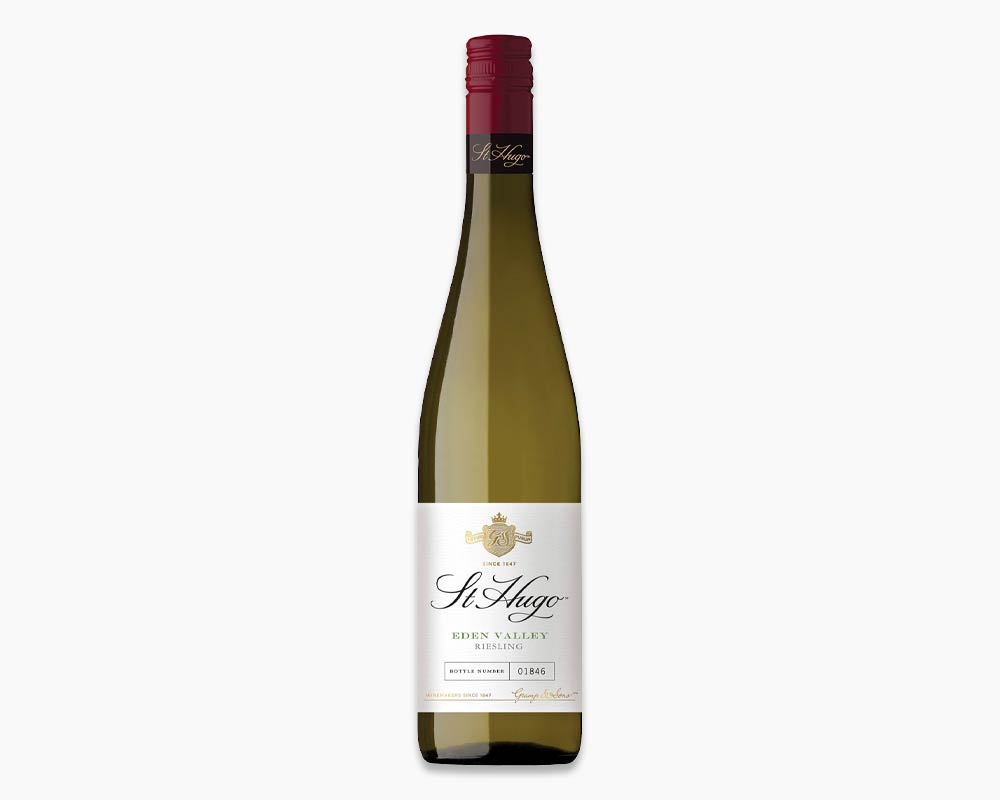 St Hugo is another Barossa Valley stalwart having been founded (albeit under a different name) in 1847. Like Penfolds, St Hugo is predominantly a red wine producer, or is at least better known for its love of the deep red stuff.
However, it does have a few white wines on the books, notably a Chardonnay and a Riesling, both of which hail from the Eden Valley. While these wines are good for drinking straight away, St Hugo recommends cellaring them for up to 10 years to really intensify the flavours. 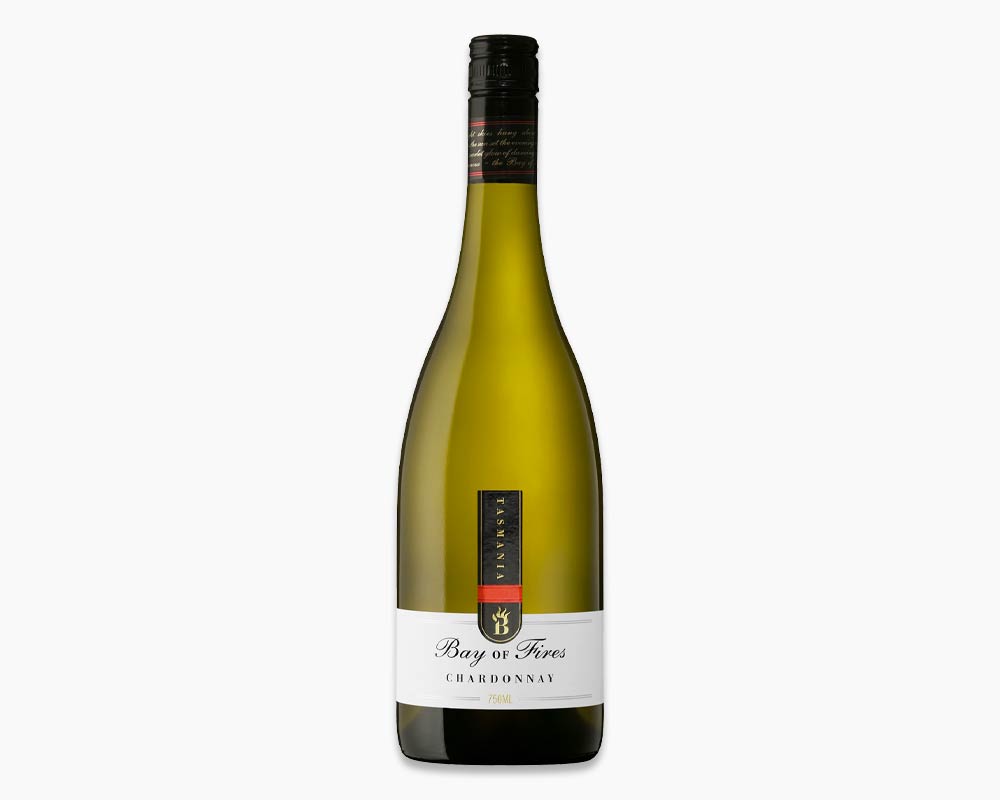 Bay of Fires is relatively new to the winemaking scene, but since its founding in 1990 has cemented itself as not only one of the finest producers to come from Tasmania, but one of the finest in Australia.
A perfect advert for Tasmian wine, Bay of Fires (which takes its name from the eponymous area some 150km away) takes advantage of the island state’s cool climate to produce white wines that include Riesling, Pinot Gris, Chardonnay and Sauvignon Blanc.
They’re consistently regarded as some of the best examples of each varietal. The eponymous label is the one you should be looking out for, but for affordable and easy-drinking bottles, keep your eyes out for the producer’s Eddystone Point selection. 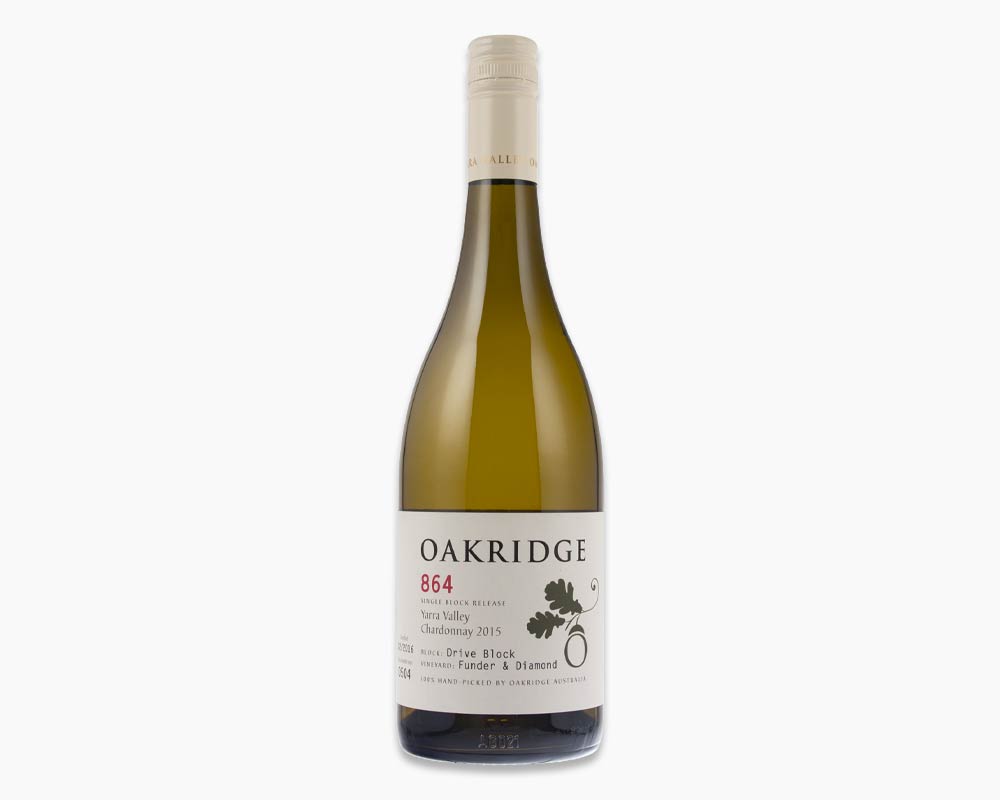 Oakridge is another family-owned winery that has been putting out exceptional wines from its Yarra Valley base since 1978. The producer has four different labels, some of which rely exclusively on single vineyard harvests alongside those that borrow fruit from a range to create blends that are as equally alluring.
Oakridge’s current range of white wine comprises predominantly Chardonnay, but we also suggest you seek out the Pinot Gris and Sauvignon Blanc. 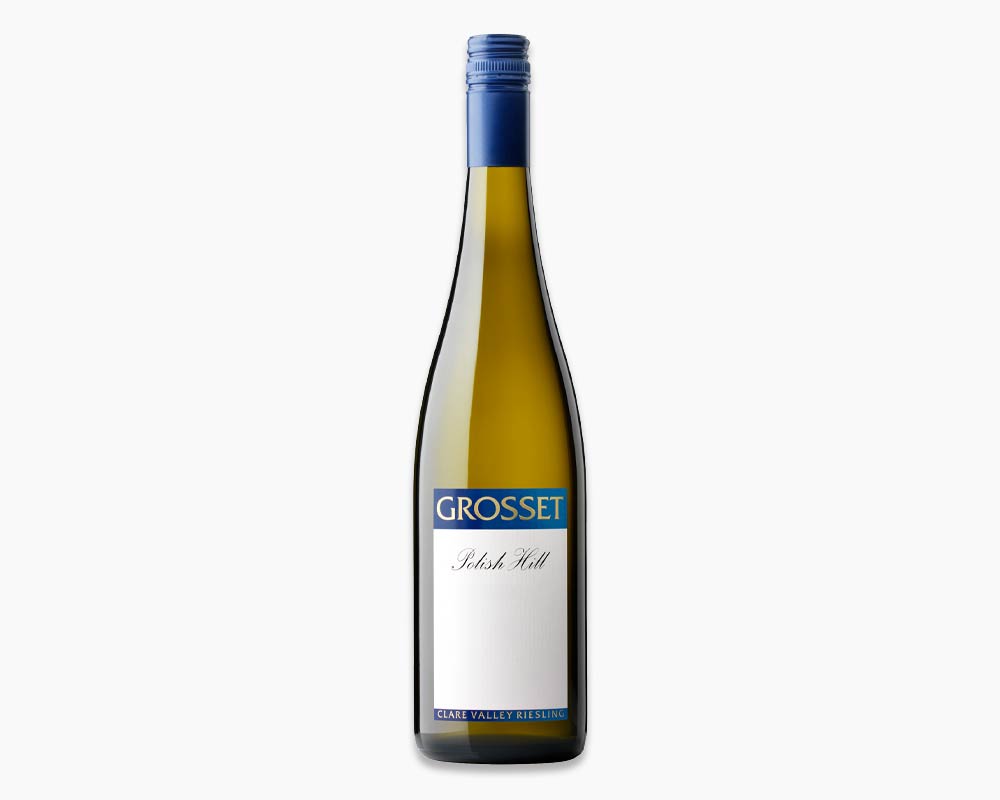 Grosset Wines was founded in 1981 by Jeffrey Grosset. Since being exposed to wine at the tender age of just 15, Jeffrey was sure where his passions would lie and set out to produce high-quality wines. 40 years later he continues to do so, with not only his bottles being regarded as some of the very best, but he himself is seen as one of the finest producers of white wine in the world.
It certainly shows through the selection of Rieslings available to buy (it was a Riesling that was Jeffrey’s first taste of white wine) and this is the dominant variety that Grosset produces, with the Polish Hill label being the one to try first.