Australia may have been late to the wine-producing party compared to its European counterparts, but it has quickly become one the largest exporters of the good stuff on the planet. It’s easy to understand why, too, with every state producing wine – each with their own world-famous wine regions – and some of the most perfect climatic conditions for growing several grape varietals.

Australia has a huge presence worldwide when it comes to red wine in particular, with Shiraz, Pinot Noir, Cabernet Sauvignon and Merlot being the varietals Down Under is best known for. As far as producers are concerned, the most famous producer in Australia is, without doubt, Penfolds.

The Penfolds Grange is the most well-known bottle to come from the Adelaide-based producer, which changes from year to year since it made from grapes harvested from a relatively wide area, at least compared to other expensive and collectable wines.

So with so much red wine being produced in Australia, it’s certainly a tricky task for the average consumer to find the best. Naturally, the easiest thing you can do is go to wine tastings, visit wine bars or buy bottles from either physical wine stores or online, trial a few and see how they taste.

But to make your search for the best Australian red wine that little bit easier, we’ve compiled some lists of the best Australian wineries who are absolute masters at making red wine. Whether you salivate at the thought of a Shiraz, love a mouthwatering Merlot or are into something a little more titillating such as a Tempranillo, these are top red wines australia has to offer.

Find a producer you like the sound of? Head to one of the best bottle shops in Sydney or Melbourne to pick up a few bottles of wine for yourself.

What red wine can I use for cooking?

Red wine can be used in a variety of dishes to help intensify the flavour. The best red wines to use in cooking include Merlot, Pinot Noir and Cabernet varietals on the lighter side of the spectrum. Introducing heat to good quality wines can cause them to taste bad and ruin the dish, so stick to affordable red wines if you're throwing them in a dish. Save the good stuff for drinking!

Which red wine is best for beginners?

For Australians yet to venture into red wine territory, one of the best varietals to start drinking is Shiraz or Syrah. This is a much lighter-style wine that will help you understand the various flavourings and aromas you should be picking up.

What red wine is dry?

You'll find that the majority of red wine varietals fall into the dry category. These include Shiraz, Merlot, Pinot Noir, Cabernet Sauvignon and Sangiovese. 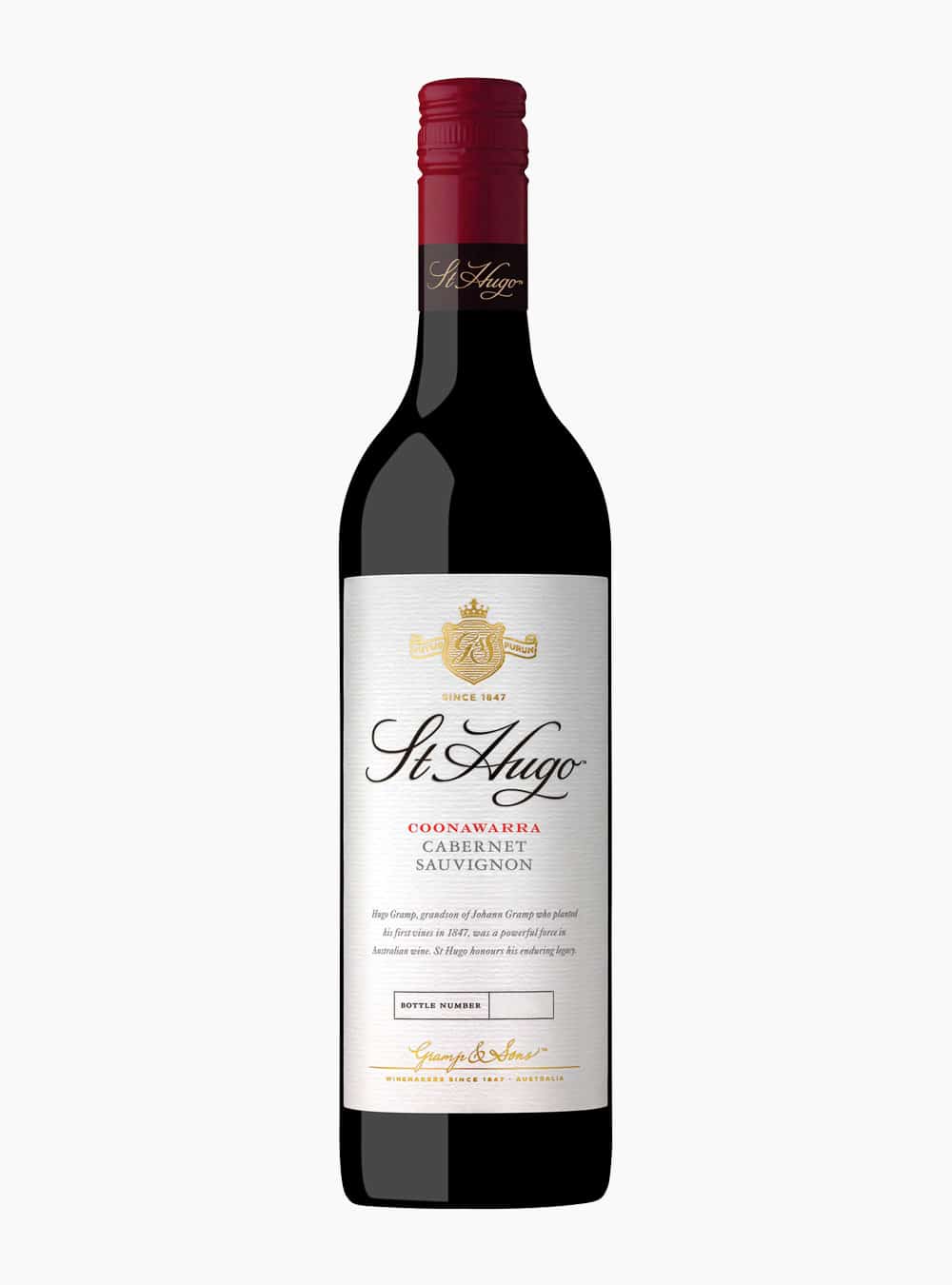 St Hugo is Barossa-based winery that planted its first vines way back in 1847. The brand’s first wine, a Coonawarra Cabernet Sauvignon, was launched in 1983 and today, the winemaker is best known for this varietal. While St Hugo does have a few white wines on its books, it is predominantly a red wine producer, with a number of Shiraz varieties under its belt too, including a Shiraz Cabernet and a Grenache Shiraz Mataro. Hands down one of the best red wines in Australia. 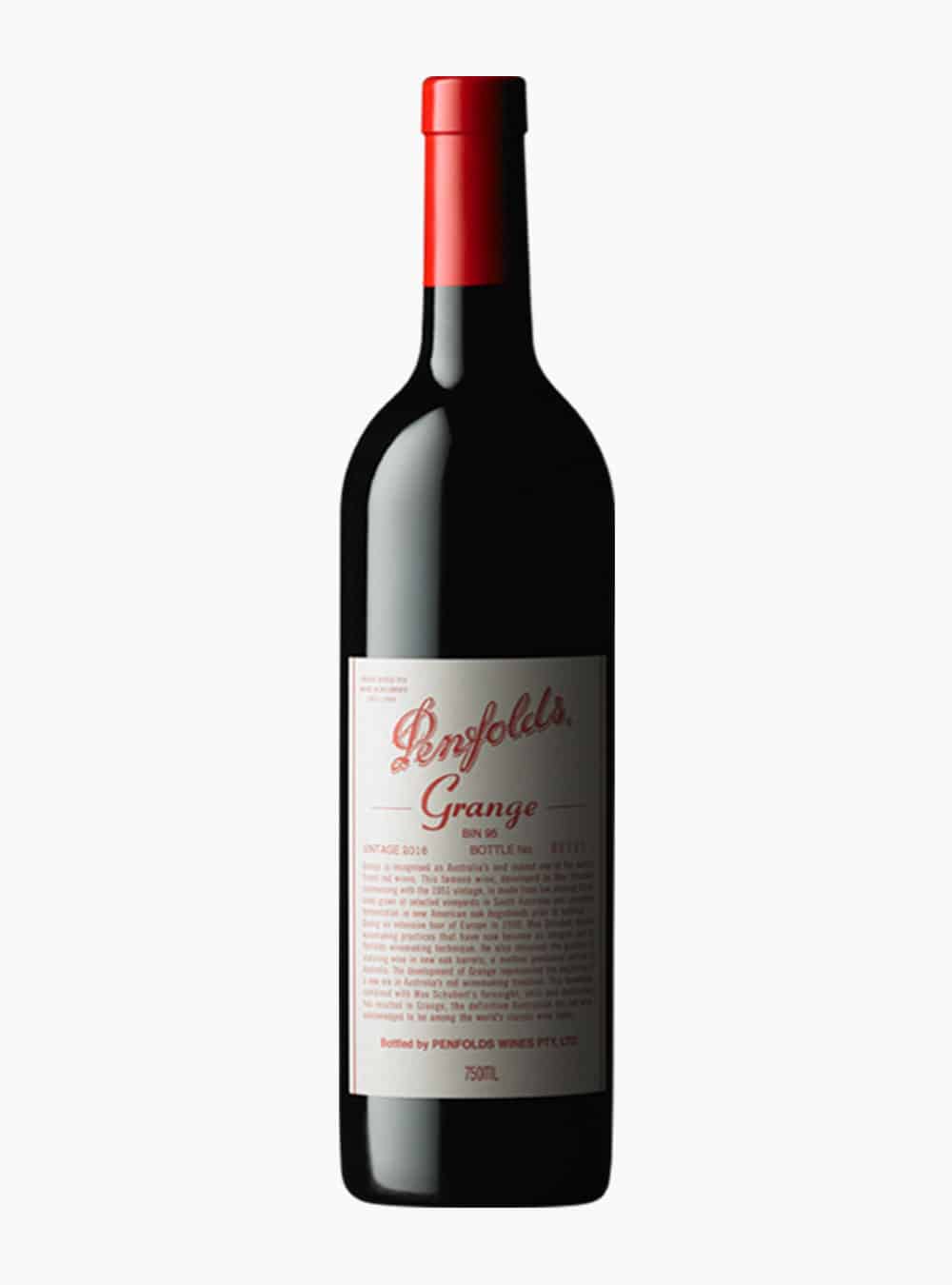 Penfolds is one of the oldest wineries in Australia and is famed for its Grange label of red wine (predominantly Shiraz), which is easily Australia’s most famous wine. Of course, no great winemaker can rely on just one family of wines, and Penfolds is no different, as it offers a range of other varietals that fall into its Bin collection, as well as some that are named after the vineyard from which their grapes were sourced. If you’re new to Penfolds though, always start with the Grange. 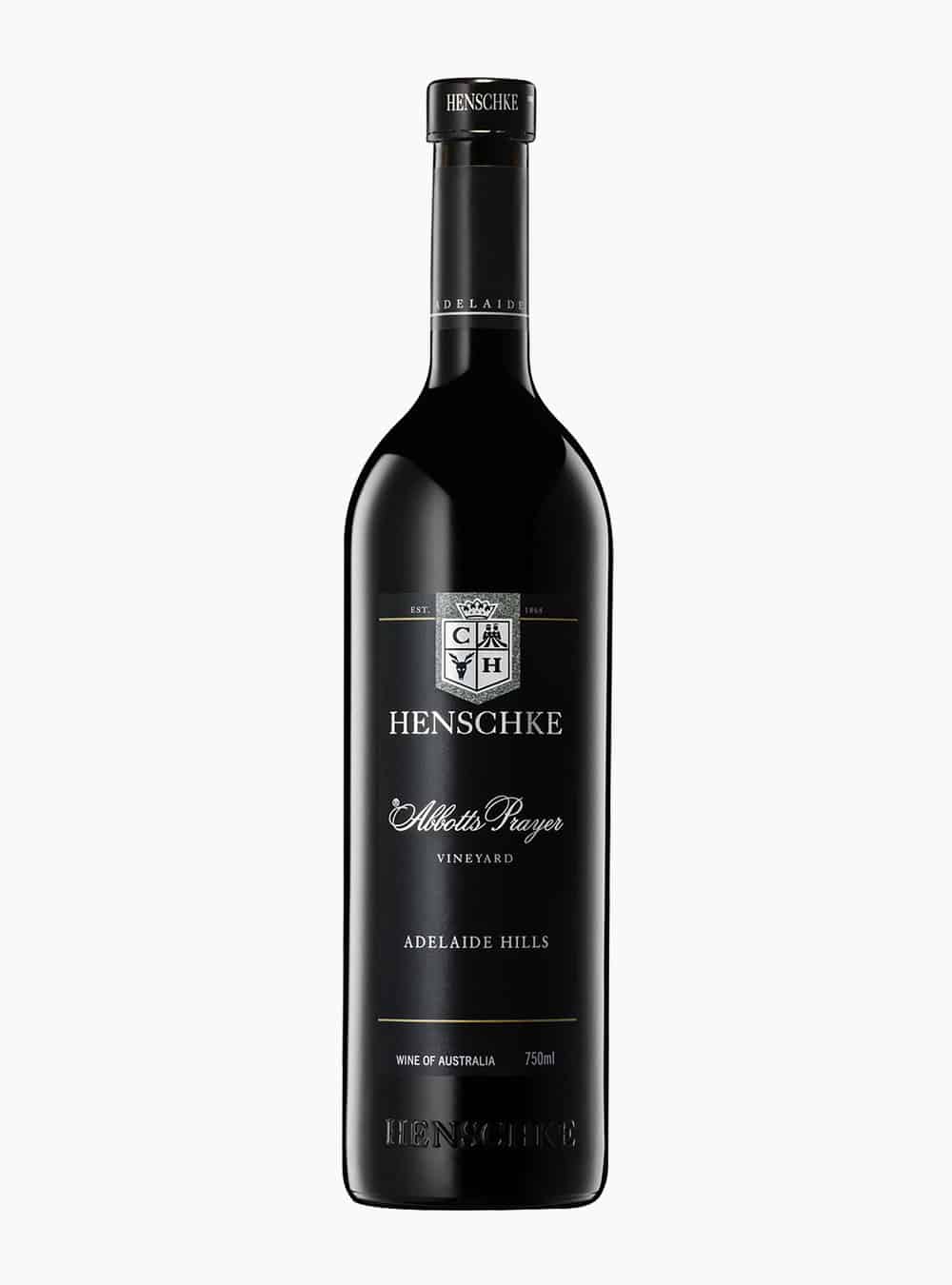 Heschke is another Australian wine producer that found its footing in the Barossa Valley. Having been there for over 150 years, Heschke has become famous for its ‘Hill of Grace’ vineyard which is on the site of the former Gnandenerg Church. This vineyard spawned the ‘Hill of Grace Shiraz’ which has been on the receiving end of several awards and demand a high price, for lovers of the Shiraz varietal however, it’s priceless. The rest of Henschke’s catalogue is also at the higher end of the budget scale, but you’re rewarded with some of the finest quality Australian red wines ever to be made. 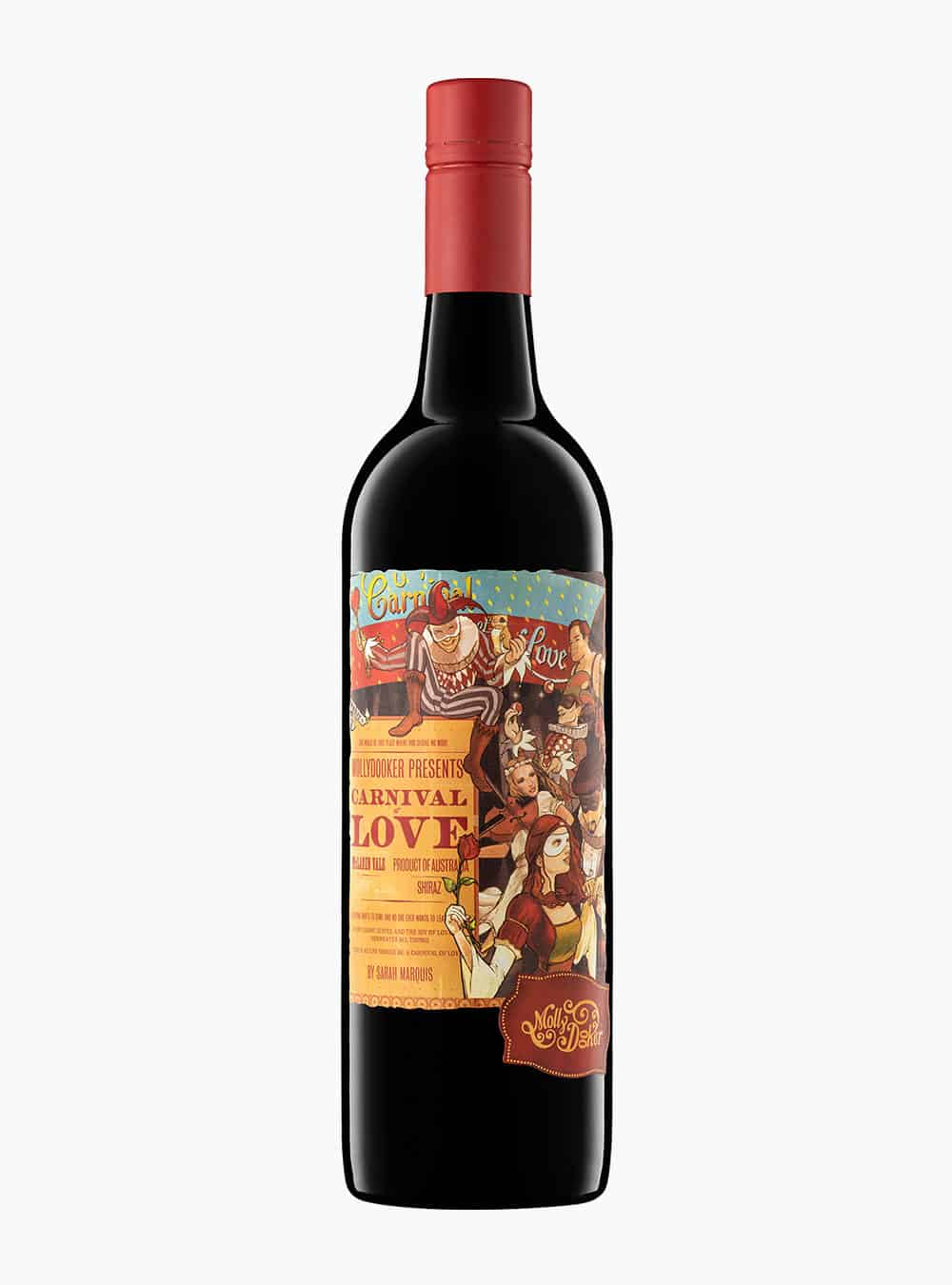 Also in South Australia but situated in the stunning McLaren Vale is Mollydooker. Predominantly a producer of red wine, with three vineyards growing Shiraz, Merlot and Cabernet grapes, Mollydooker also injects some fun into its products, giving them amusing names and labels. The producer also recommends doing the ‘Mollydooker Shake’ on its still red wines under 2 years old to ensure they’re full of life when you pour yourself a glass. 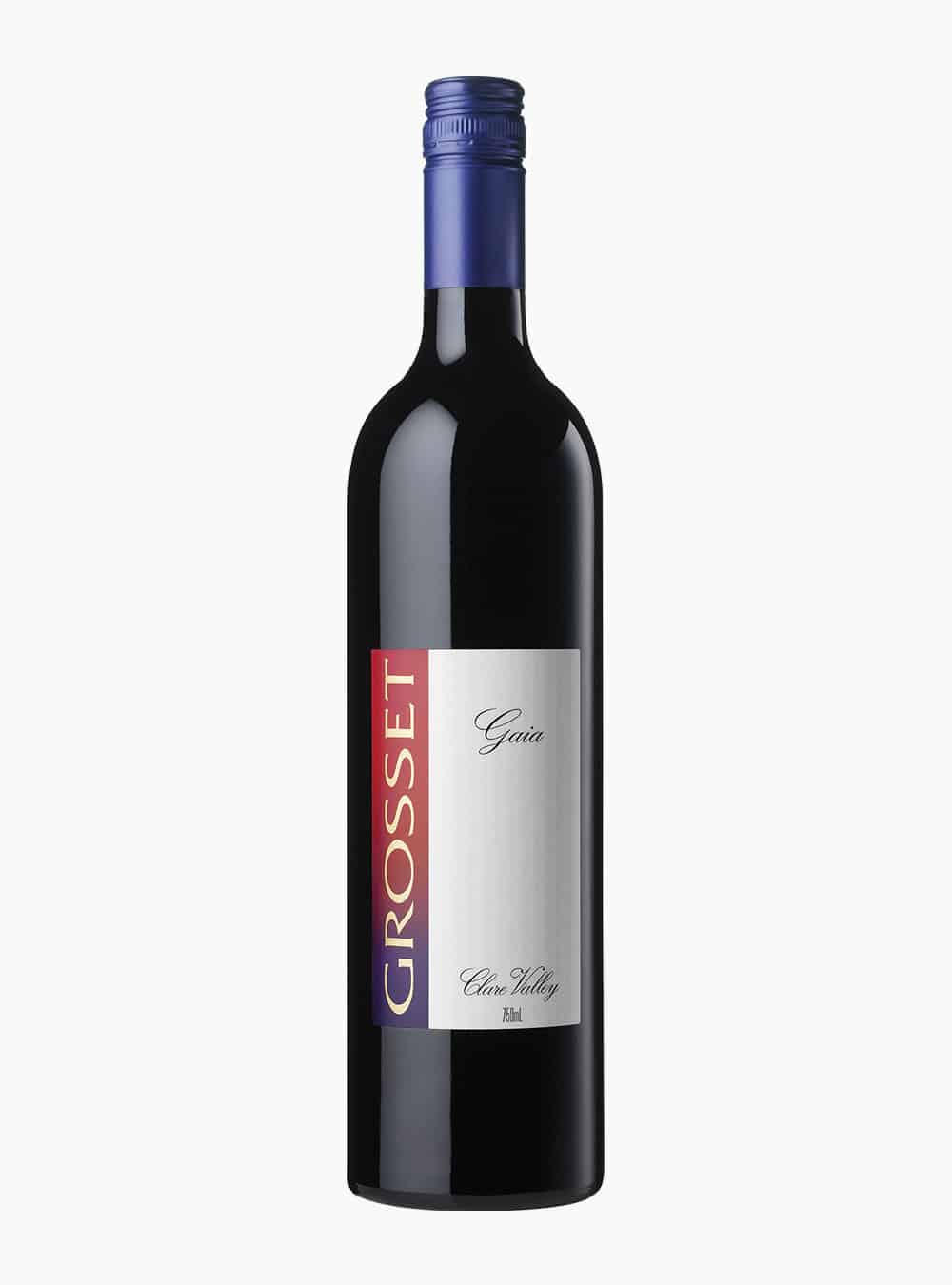 Taking up residence in South Australia’s Clare Valley is Grosset, founded by Jeffrey Grosset in 1981. Jeffrey has been a pinpoint figure within the Australian wine industry ever since, being one of the driving forces behind the move to screw cap enclosure by Clare Valley Riesling producers and was the first recipient of Gourmet Traveller Wine magazine’s “Australian Winemaker of the Year” award. It’s fair to say then that Jeffrey knows how to make delicious wine and his reds are a testament to that. We thoroughly recommend you try them. One of the best red wines to come from the Clare Valley. 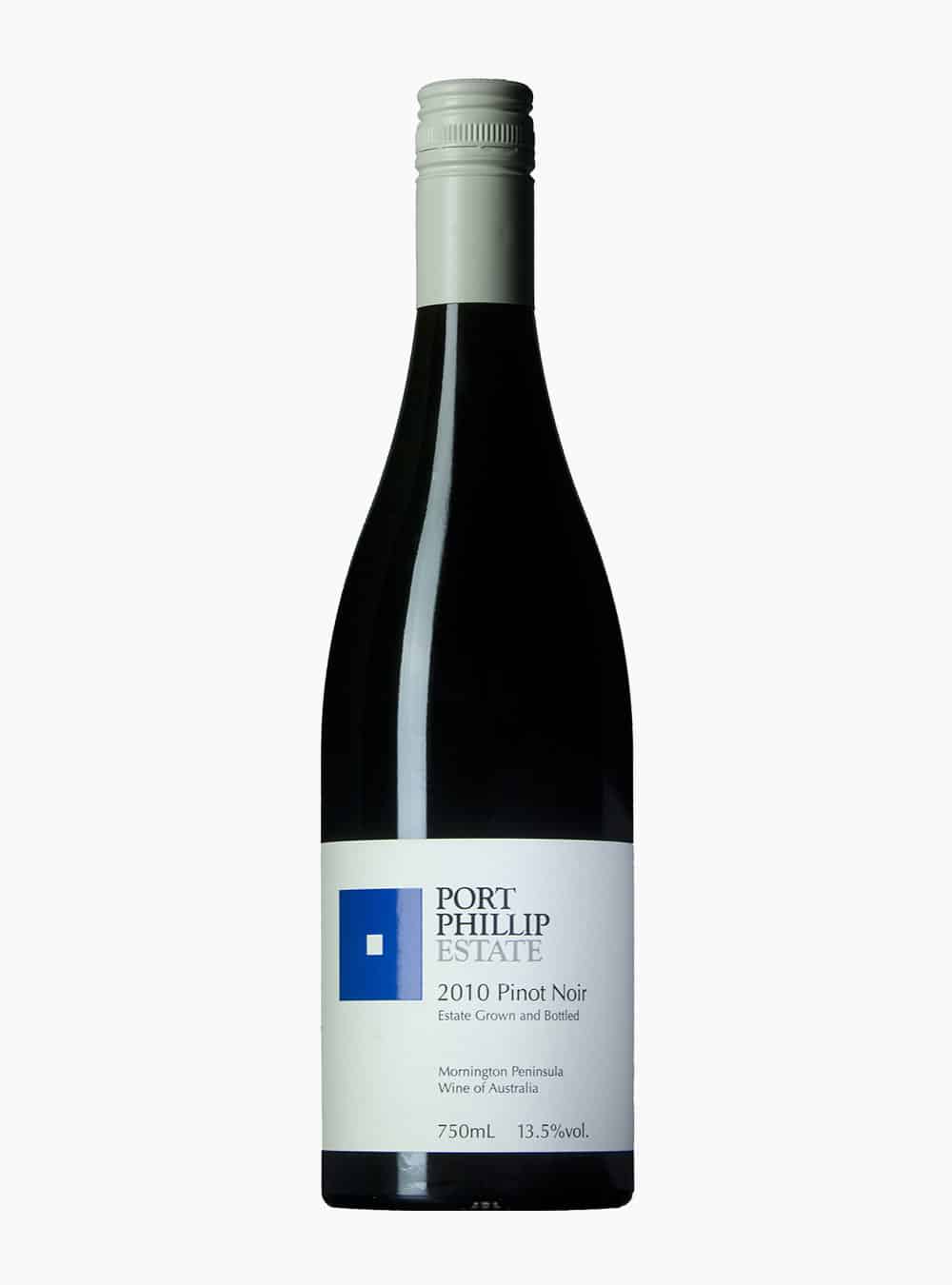 Heading over to Melbourne and the Mornington Peninsula in particular and you’ll come across Port Phillip Estate. Known for its sublime Syrah/Shiraz and Pinot Noir (along with a couple of white wine varietals) as well as the main building on the estate, which is an architectural masterpiece, Port Phillip Estate is a winery at the top of its game. Its wines are consistently well rated and deserve a place in your collection. 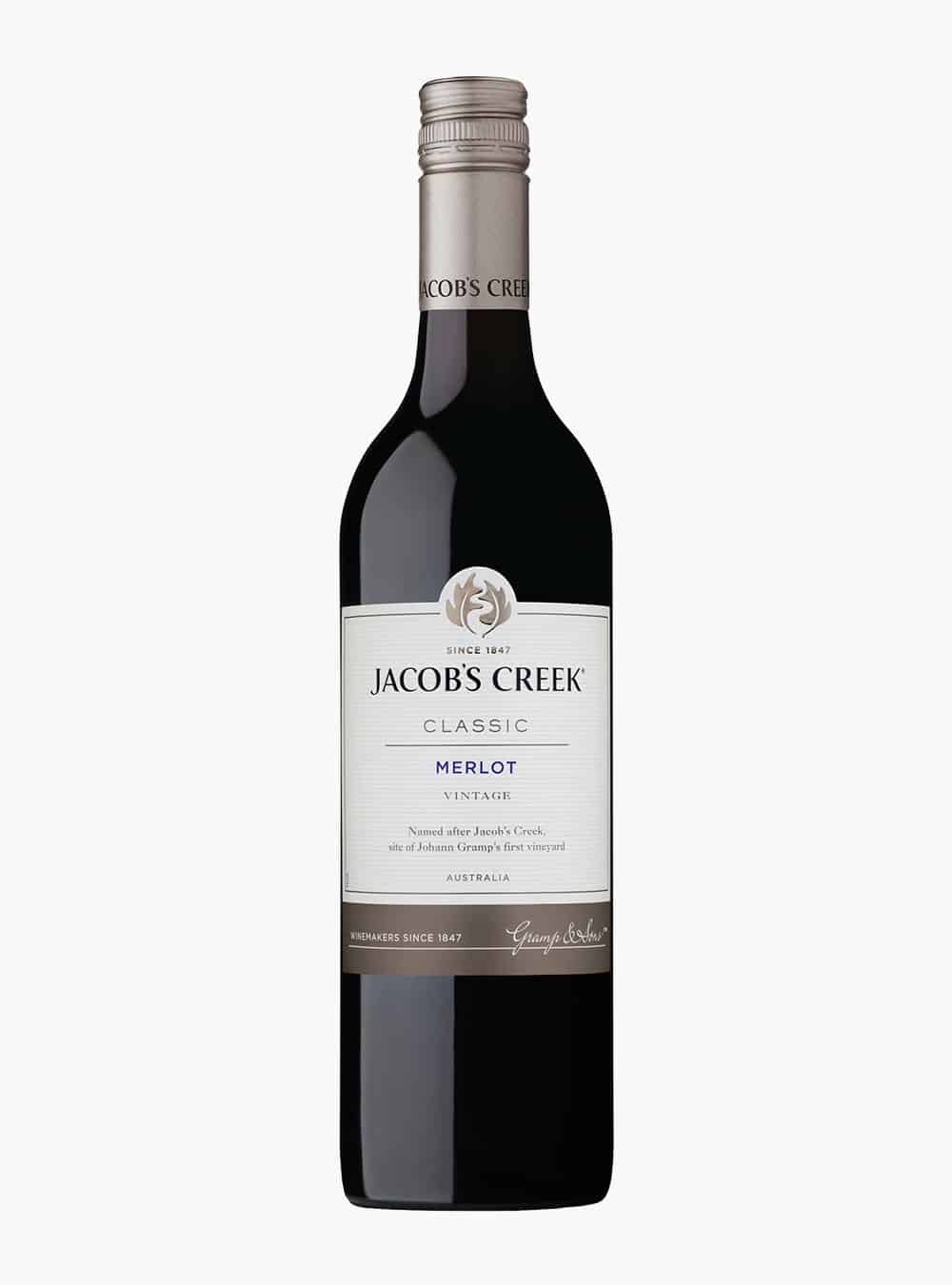 Jacob’s Creek is one of the most famous winemakers in the world and is the number one brand in the UK, New Zealand and Asian markets. That notoriety is no doubt helped by its huge collection of various wines, encompassing red, white, rose and sparkling, as well as other fruitful delicacies that get tastebuds tingling. With bottles of red wine falling into virtually every price bracket and varietal (think Merlot, Shiraz, Cabernet Sauvignon, Pinot Noir and Grenache), you can easily make your way through the Jacob’s Creek collections; you’re bound to find something you like. 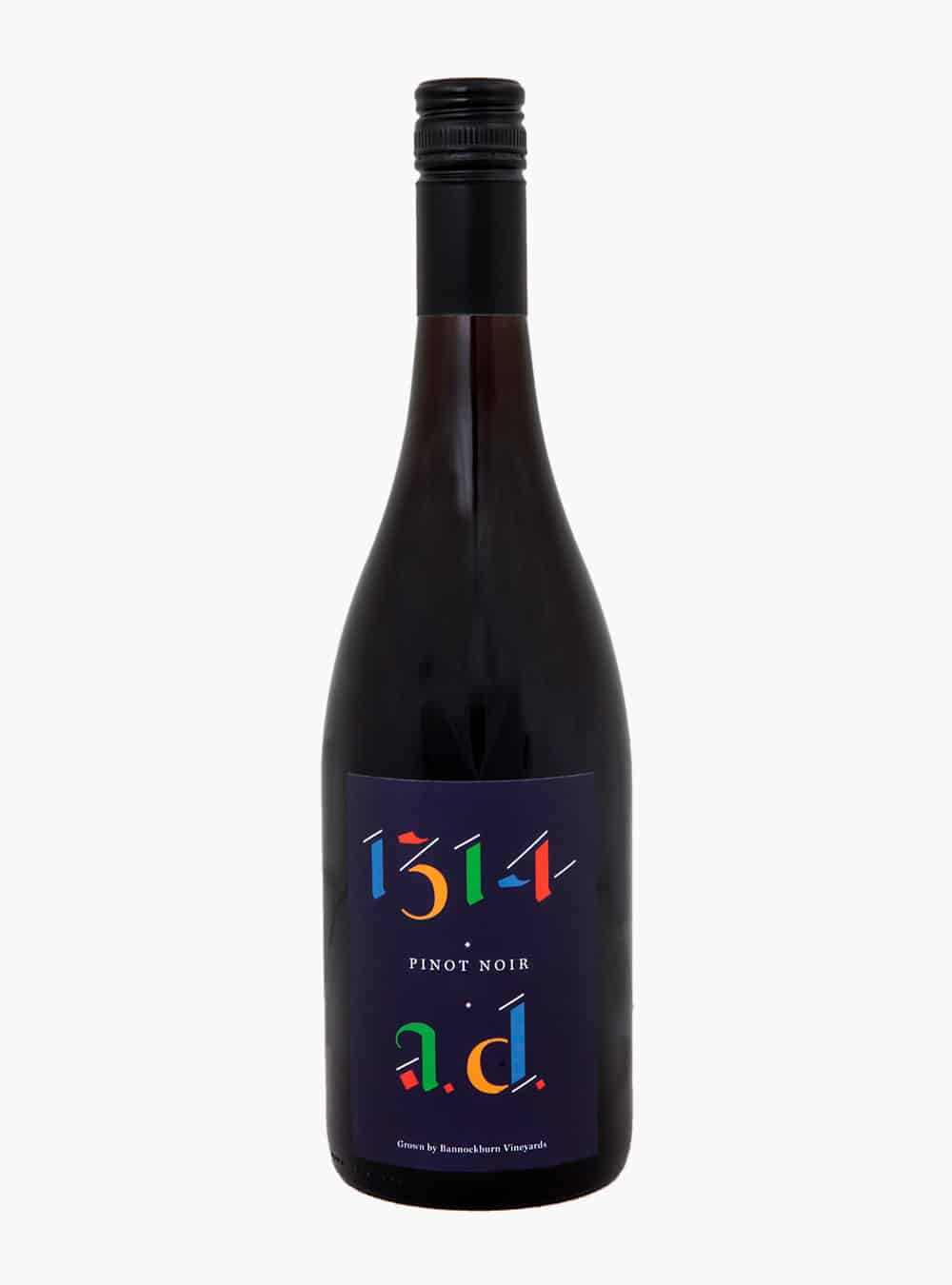 Bannockburn’s first vineyards were first planted in the early 1970s on a plot of land in the town of Bannockburn, near Geelong, Victoria. Starting out with Shiraz grapes before expanding into other varietals, Bannockburn Vineyards has now amassed a strong collection of wine, encompassing Single Vineyard releases down to more conventional table wines. With many of its bottles regularly receiving high scores from wine critics, it’s another winemaker you need to start taking note of. 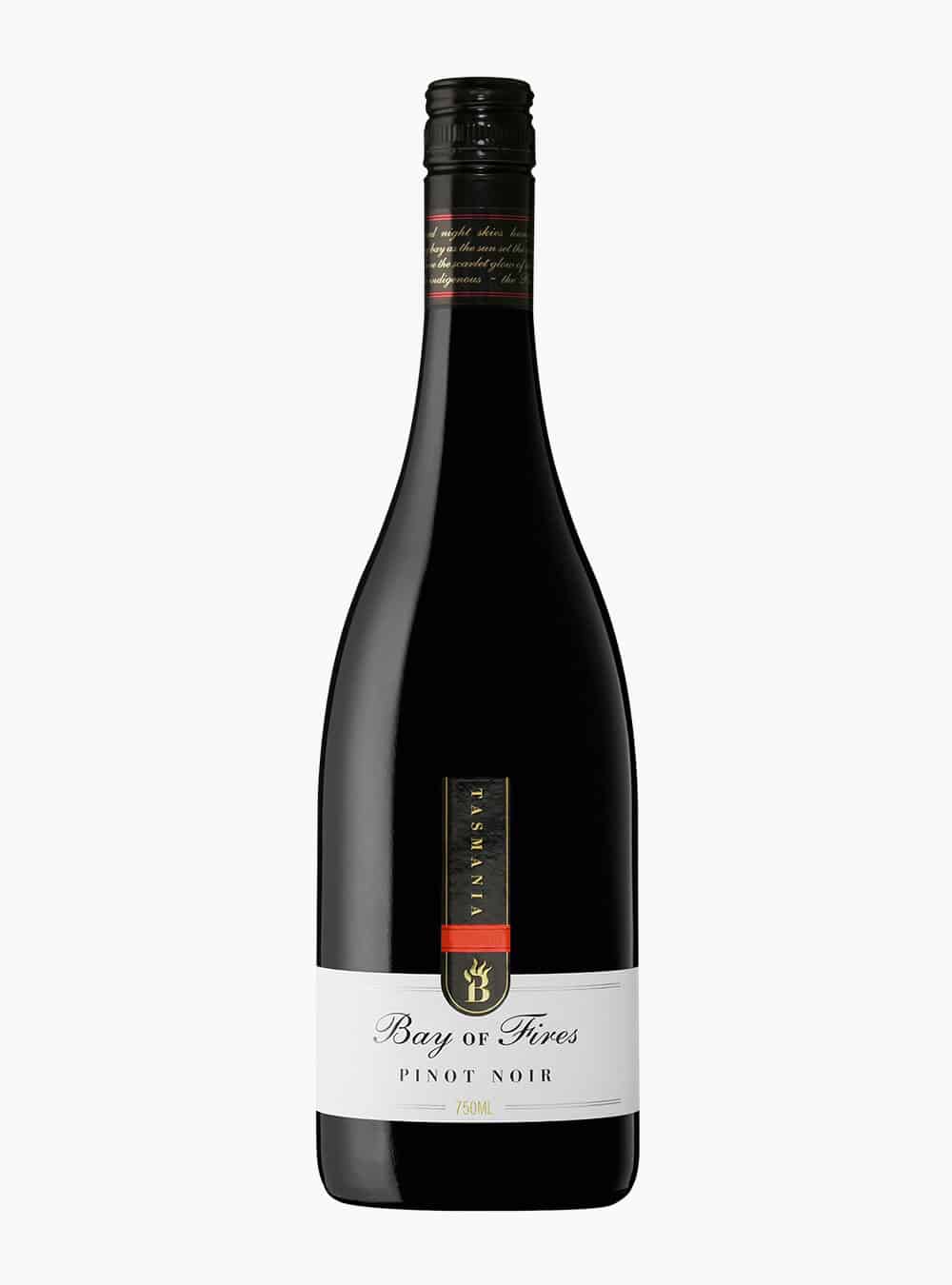 Bay of Fires is a relatively new winery on the Tasmanian wine scene having only been founded in the 1990s. Taking advantage of Tasmania’s cooler climate, this producer does make predominantly white wines, but the Pinot Noir on its roster is simply delicious and you pretty much have to try. You have no choice. 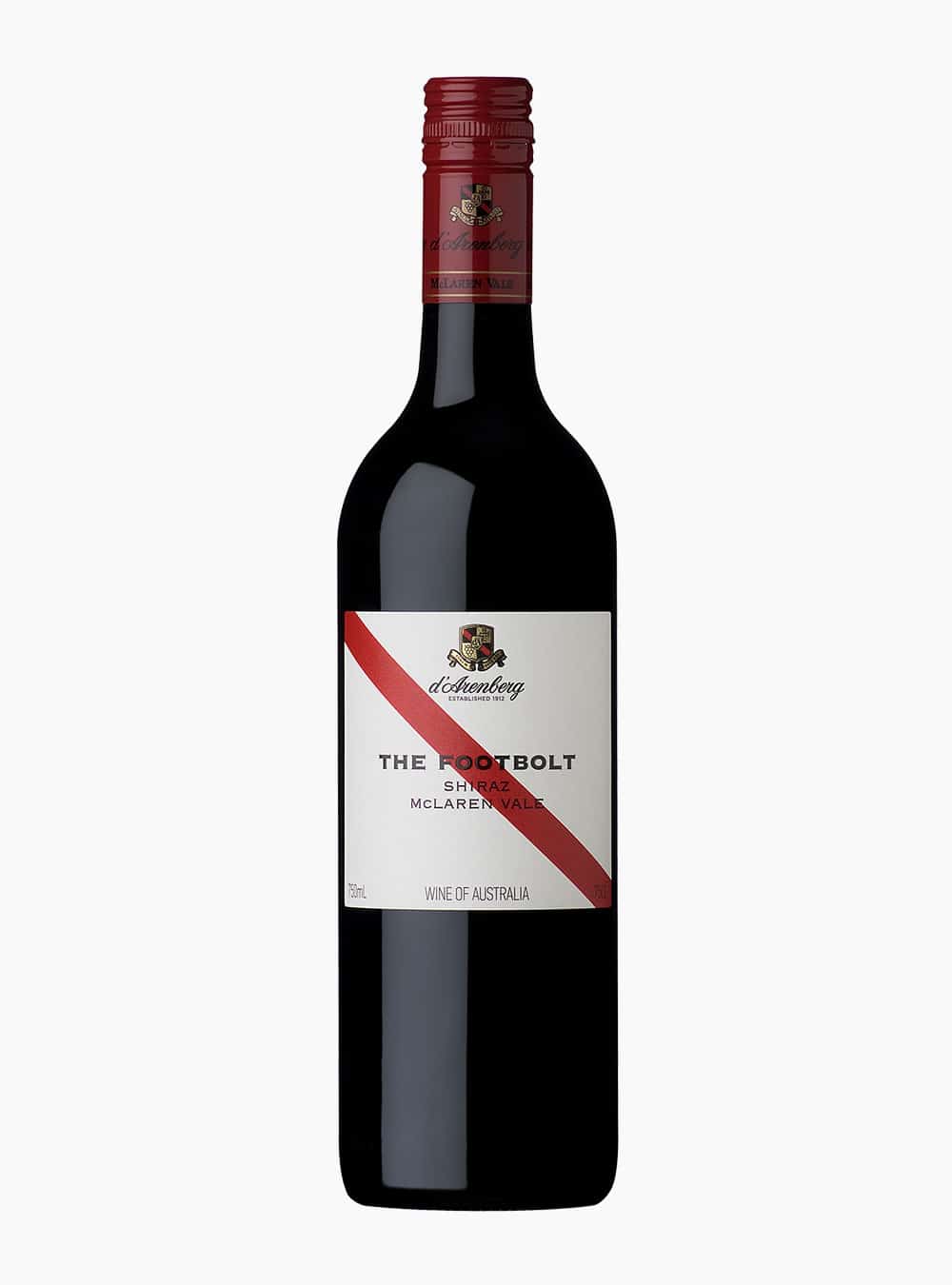 d’Arenberg certainly likes to do things a little different to the majority of other Australian wine producers. While some winemakers will have vineyards dotted around Australia’s wine regions, d’Arenberg restricts all of its vines to McLaren vale (although, technically, some wines are made with grapes sourced from the Adelaide Hills). It’s also the only Australian wine producer to basket press its grapes for both red and white varietals, which will inevitably leave some sediment in the bottle, but helps to provide a more intense flavour. The company is known for unusual names it gives its wines, which include the ‘Dead Arm Shiraz’, a Shiraz made using grapes that have come from fungus-infected vines. 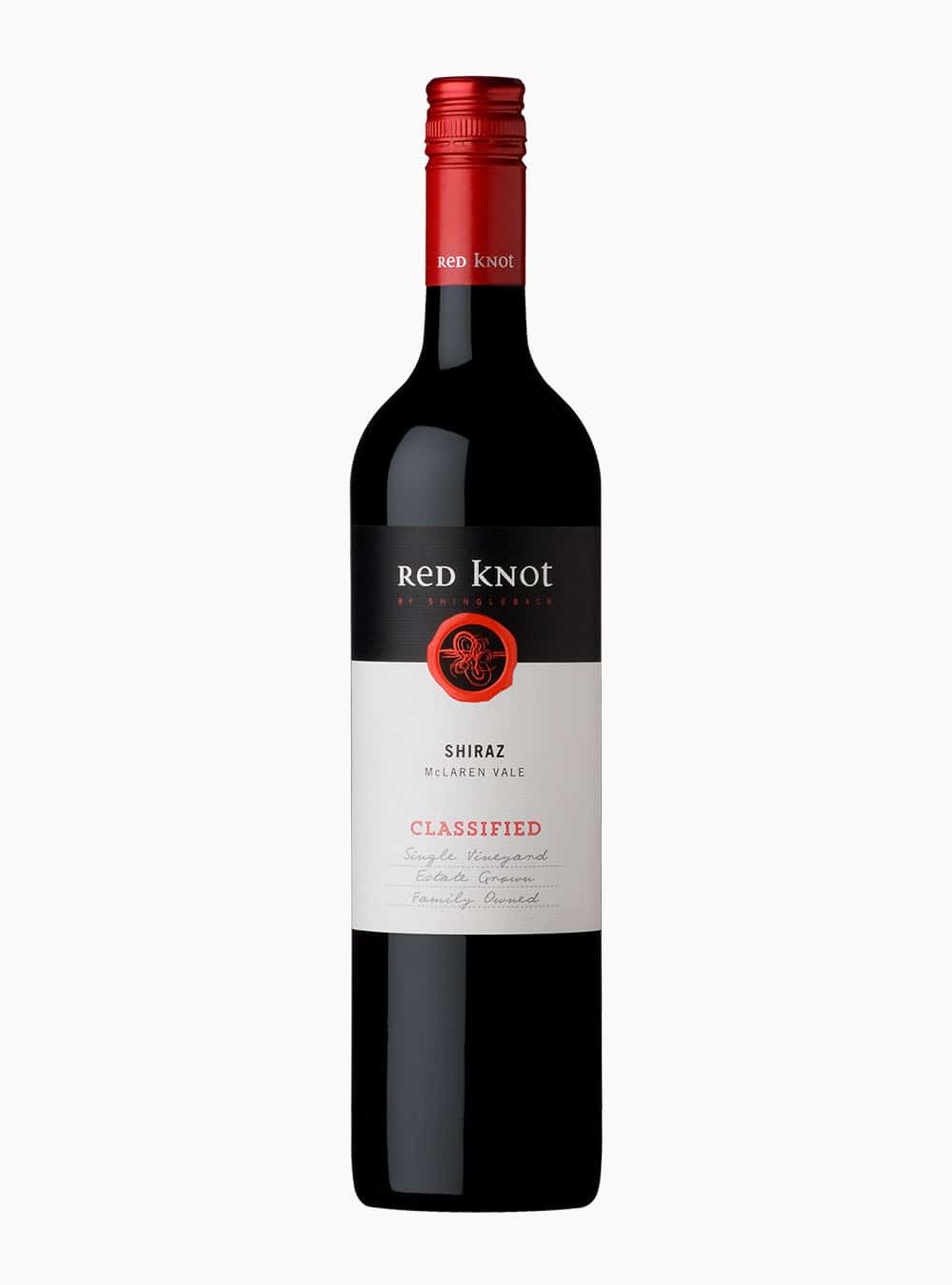 Shingleback is an independently-owned winery in McLaren Vale that oversees the entire production process from grape to bottling. A Halliday 5-star winery, Shingleback produces mainly Shiraz grapes but also puts a strong focus on the production of Cabernet Sauvignon. White wines are just as important to the team though, as co-owner John is a specialist white winemaker, but seek out its reds (we’d start with the Shiraz), and you’ll soon realise that you don’t need to spend a fortune to drink great wine. 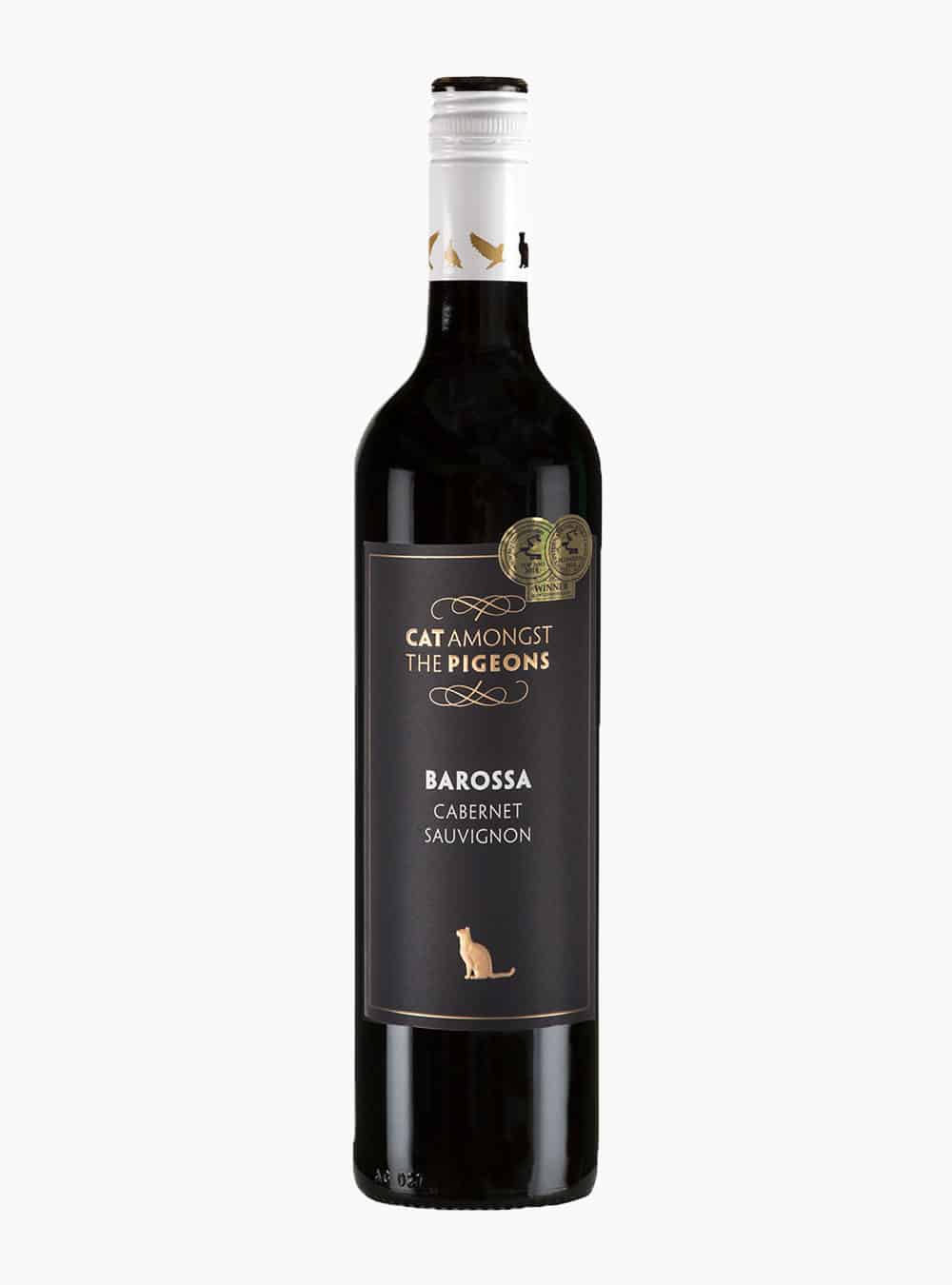 Cat Amongst The Pigeons

Referencing the fact the owners of this Barossa winery bought a piece of land that many thought was unable to grow decent grapes, Cat Amongst The Pigeons has since gone on to receive awards for its wines, with its reds proving particularly popular. If you’re a Cab Sav fan, you really should be getting around this producer, and with bottles usually costing less than $20, they’re an absolute bargain. 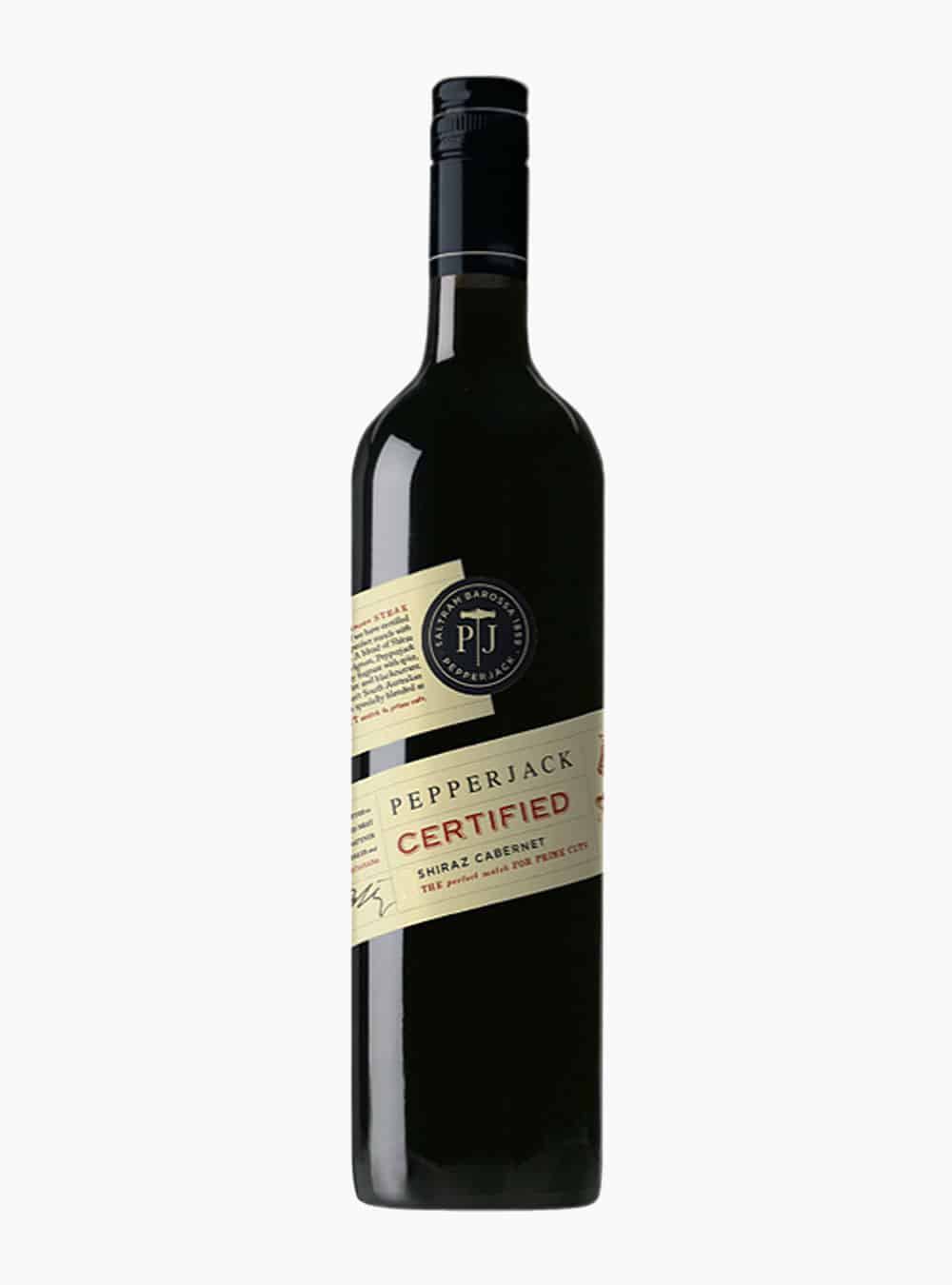 If it weren’t for the single bottle of Chardonnay in Pepperjack’s cabinet, then it would be a sole producer of red wine. And let’s be honest, it’s the red wine you’re going to come to this producer for, with its Shiraz and Cabernet Sauvignon, in particular, being bottles of outstanding quality and incredible value. If you love your red meat, you need to get your lips around a glass of Pepperjack to accompany it. Thank us later. 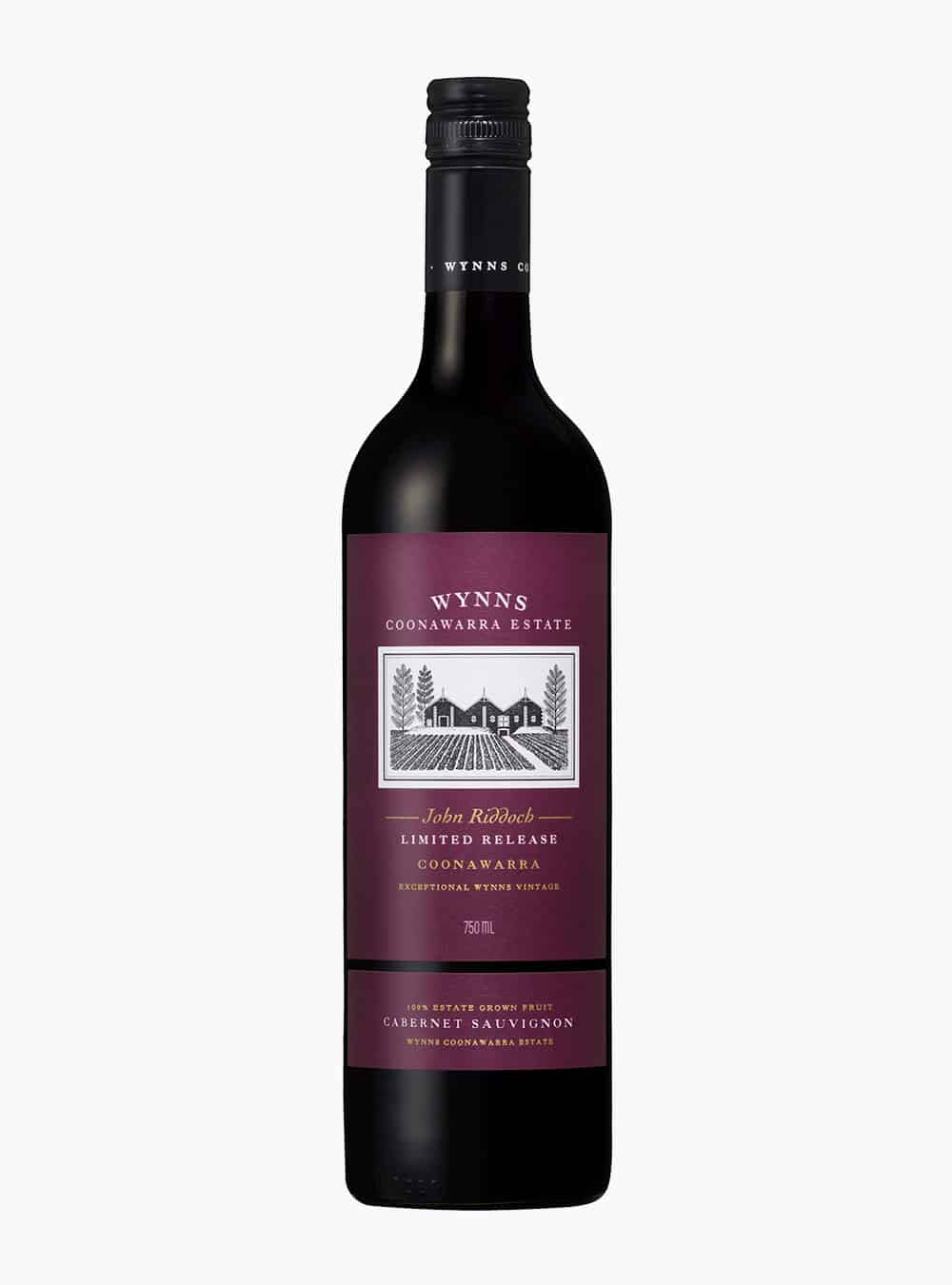 Wynns lays claim to owning the longest-established vineyards in the Coonawarra region of South Australia being planted in 1891, although they didn’t bear the Wynn name until 1951 with Samuel and David Wynn took over the estate. The quality of product to come from the Terra Rossa soil has only continued to excel, with the company’s Cabernet Sauvignon being a particular highlight (but the Shiraz is also worth a flutter) and Wynns wines are widely regarded as being some of the very best in the Coonawarra region.