“I do not think, therefore I am a moustache”: few works of literature tweak the brain like Sartre’s Nausea. However, one business class passenger’s reaction to his burnt British Airways breakfast has just surpassed the fatalist author.

In fact, from The Independent to The Daily Mail, this ‘dodgy sandwich saga’ has sparked a new genre of absurd existentialist literature – an earnest enquiry into declining business class standards. 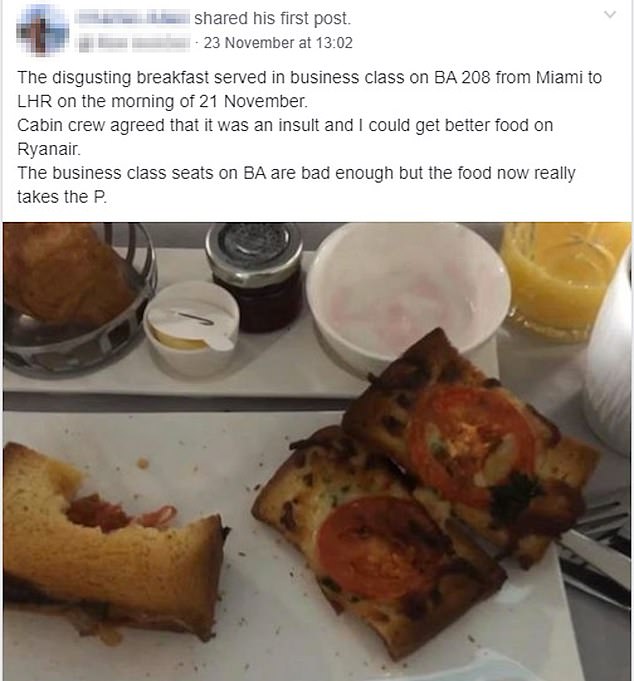 No, one burnt sandwich proves everything is cooked (as in, dude stumbling around a festival, not woodfired oven). The worst part is, it’s not even that burnt (give me this over an undercooked one any day).

Anyway: context. As The Independent reported on Thursday, “A British Airways passenger called his business class breakfast ‘disgusting’ after being served a burnt-looking cheese and tomato toastie.”

“[The passenger] was flying on flight 208 from Miami to London Heathrow on 21 November when he was served the disappointing meal.”

“He posted a picture of the offending toastie to Facebook group British Airways Complaints Advice, writing: ‘Cabin crew agreed that it was an insult and I could get better food on Ryanair,'” The Independent added.

“The business class seats on BA are bad enough but the food now really takes the P.”

Social media users sympathised, writing comments like, “I flew on ba206 on 14th and had the same burnt cheese on that for breakfast… business class… is well below an acceptable standard” and “the 747s should have been mothballed years ago.”

“If th[is] was business class, what did the poor soul at the back get?!”

British Airways told The Independent it received “no complaints about the food on this particular flight, either from customers – including Mr Allen – or crew.”

“We pride ourselves on the quality of the meals we offer onboard and have heavily invested in our catering, in all cabins… We have not received any complaints regarding the catering on this flight.”

So, who to believe? Well, given our fondness of crispy toast, and the recent trend of tourists using reviews to seek unentitled compensation (see: the couple that blackmailed a luxury Italian hotel, and the influencer who tried to wheedle a free upgrade), we’re inclined to go with the airline.

Not that you should suffer in silence, but when you criticise, keep your language in perspective (and remember the optics of whinging when most people are elbow to elbow in economy). In August, for instance, another British Airways passenger illustrated this exact point, complaining about being served an “absolutely disgusting” breakfast on a £1,200 long-haul flight.

As reported by The Independent, “Sandra Arthur, from Cheltenham, Gloucestershire, was travelling from O’Hare International Airport in Chicago to London Heathrow when she was given the ‘soggy’ bruschetta with egg and cheese.”

Cry me a pancetta.

That said, it is true that British Airways’ once cutting edge business class is now a laggard (hence their decision to roll out the club suite next year, to compete with the likes of Qatar’s Qsuites and Virgin Atlantic’s Upper-Class Suites).

But all airlines occasionally make a cuisine related blunder. So, for the sake of everyone’s sanity, please keep your outrage in check so that we don’t all become victims of improving airline standards.