The likes of John Legend, Jared Leto and Ricky Martin were all in attendance. Normally this would be no big deal. However, considering the event (now in its 9th year) is sponsored by Gucci, you can be sure that shit’s going to get weird.

Let’s start with Jared Leto. Always draped in Gucci, he’s like their mascot. Yes, darling. The terms ‘ambassador’ and ‘friend of the brand’ are so 2018. It’s all about mascots now. His tuxedo jacket and wide-legged trousers were complimented with a deep v-neck t-shirt and white Cuban heeled chelsea boots. Gucci is all about gender-neutral fashion, so it’s fitting Jared’s jacket was worn by a woman during their recent runway collection. That’s progress.

More importantly, it was Childish Gambino who gave us a masterclass on how to do black tie when you can’t be bothered going full black tie. In case you’ve been living under a rock for the past three years, the bold dinner jacket is all the rage. Gambino opted for a silk floral print tuxedo jacket (which looks more Tom Ford than Gucci) paired with cropped black trousers, brown Gucci court shoes and an open-collared pussy bow shirt. In other words: more progress. 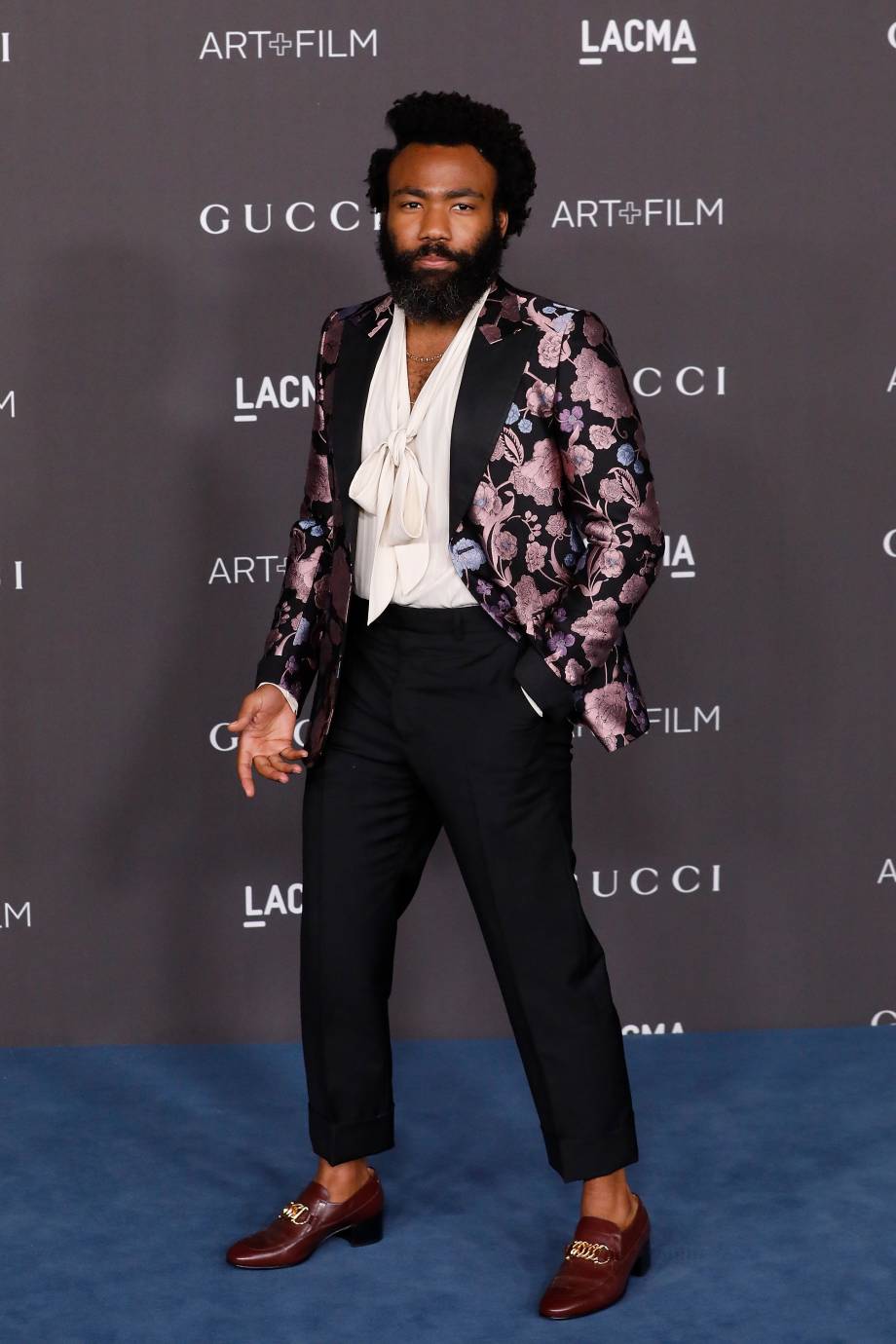 This look isn’t strictly black-tie but for a creative approach to an often boring dress code, it’s a suitable substitute. But can you wear brown shoes with black trousers or a tuxedo? We explain that here if you’re interested.

Other guests like Tyler, The Creator decided to throw the dress code out the window, opting for shorts and a bucket hat. Feels like Pharrell did this vibe a long time ago.

As we said: it may involve a number of – if worn incorrectly – highly questionable looks. But we’d say they just about pulled it off. Right for all the wrong reasons and we are low-key loving it. Take note gents: fashion (or at least, everyone except Tyler, The Creator, who seems intent on mimicking Parrell) is moving forward.