Dressing down is often perceived as a dirty word that’s associated with tardiness and the apt acronym of ‘IDGAF’ in the male wardrobe vernacular. In Chris Hemsworth‘s case it’s a sweeping style statement masterfully pulled off with a single tone, a watch, masculine jewellery and lots of charisma.

The setting was last night’s premiere of Thor: Ragnarok in Sydney which brought out the stars to the local red carpet. In attendance were actors like Mark Ruffalo, the film’s director who scrubbed up pretty good in a purple suit and many more Australian faces.

What we need to talk about here though is Hemsworth’s ability to throw together the effortless look without dropping his wardrobe game. A look through the gallery will reveal a classic black suit that’s been fitted to the notoriously bulky Australian actor who also opted for the simple black crew neck over any form of fancy dress shirt.

The other standout feature is Hemsworth’s slip-on leather shoes. There’s little enough of it to reveal an acceptable level of foot flesh whilst simultaneously satisfying the risky art of wearing shoes without socks.

If you’re game to try this simple casual look for yourself, make sure that the black tones are different (or have different textures) between the shirt and suit otherwise you’ll end up looking like a dapper version of Death.

And remember, the usual rules do apply here. Triple black is better suited to the evening more than the day. 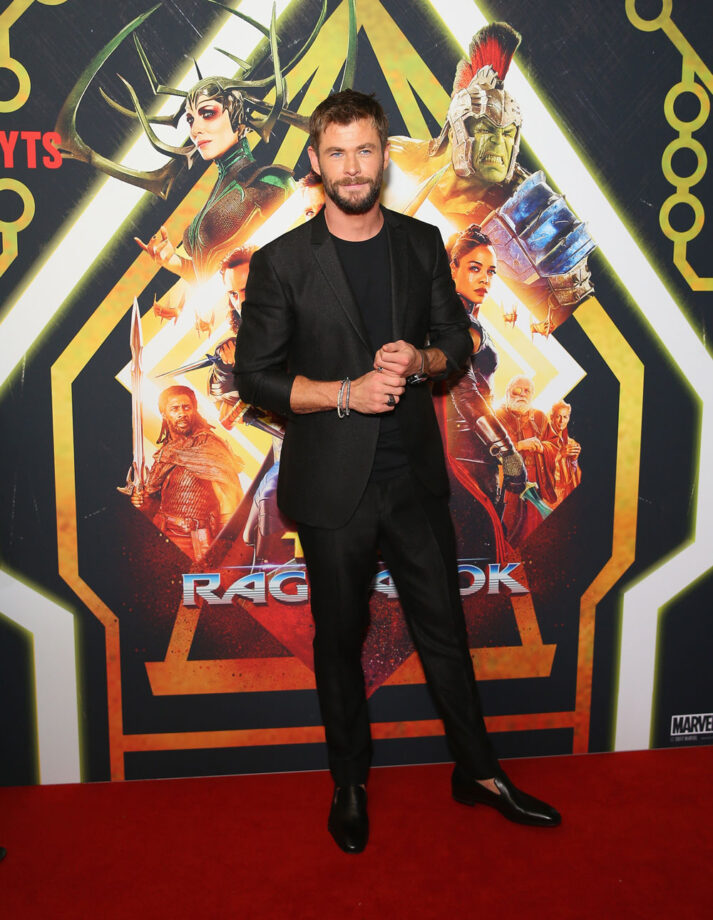 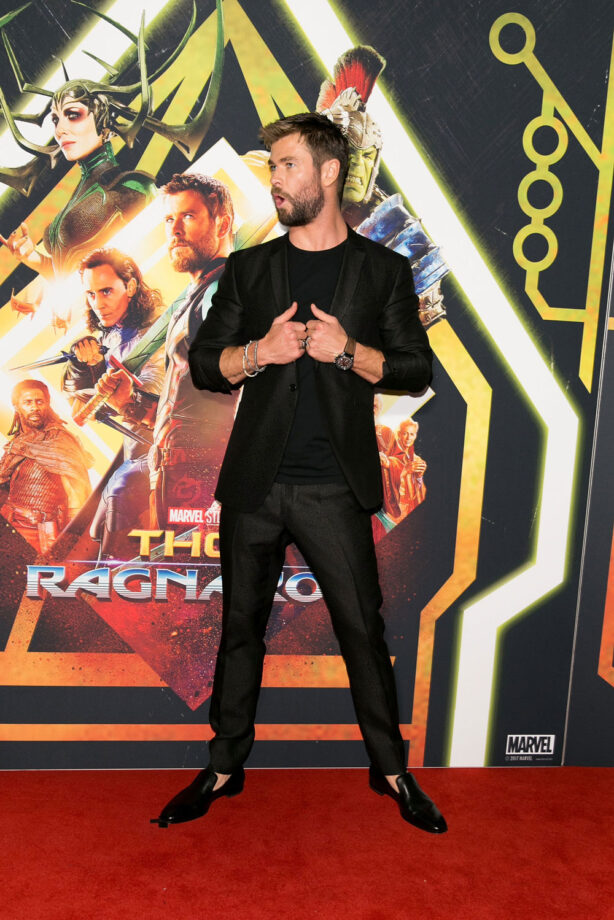 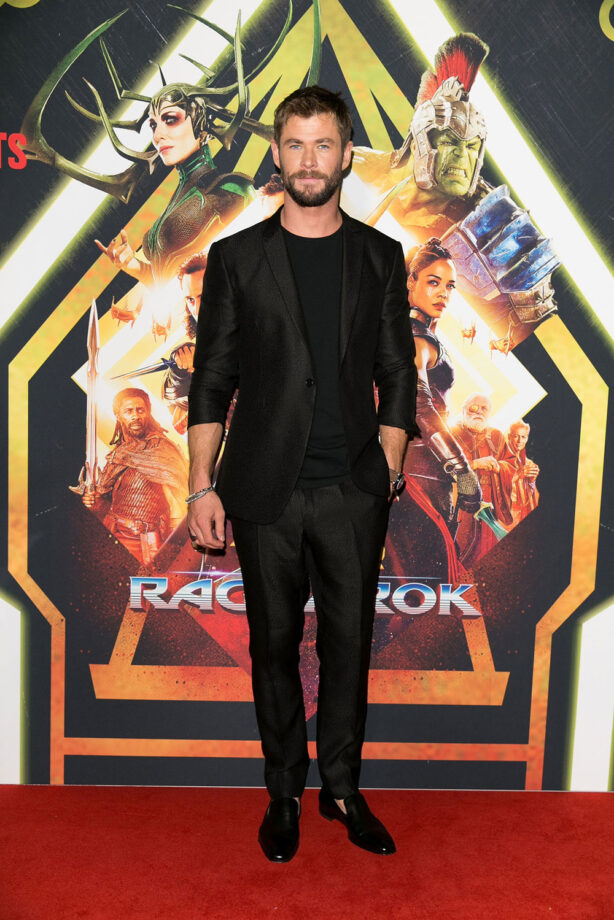