Hold onto your masks and clutch your Ventolin – a major US city could have the cleanest air in the world right now. If that’s not enough of a surprise (we’d have thought the cleanest city would be somewhere nearer Greenland or Alaska) its two closest competitors are also from the US.

At the time of writing the city with the cleanest air in the world is Los Angeles, followed by San Francisco (US) and Portland (US). Then, trailing in at third is Sydney (Australia), coming in at fourth is Moscow (Russia) and then landing at fifth on the totem is Melbourne (Australia).

That’s according to IQ Air’s live air quality city rankings. The rankings also show that Denver (US), Vancouver BC (Canada) and Salt Lake City (US) aren’t doing too shabbily either, coming in at 6th, 7th and 8th respectively. Bogota (Columbia) also makes a surprise appearance at 9th and Seattle (US) comes in at 10th (to see the full list, click here). 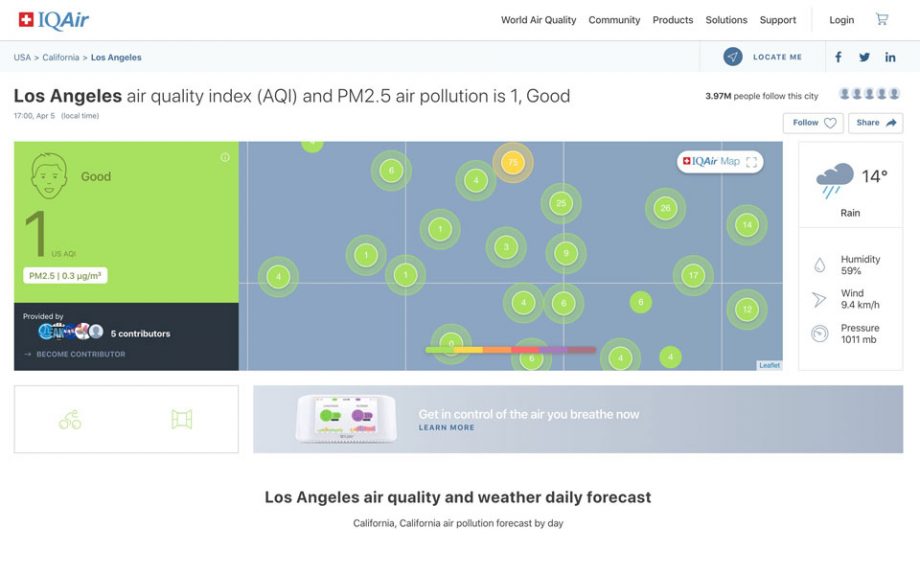 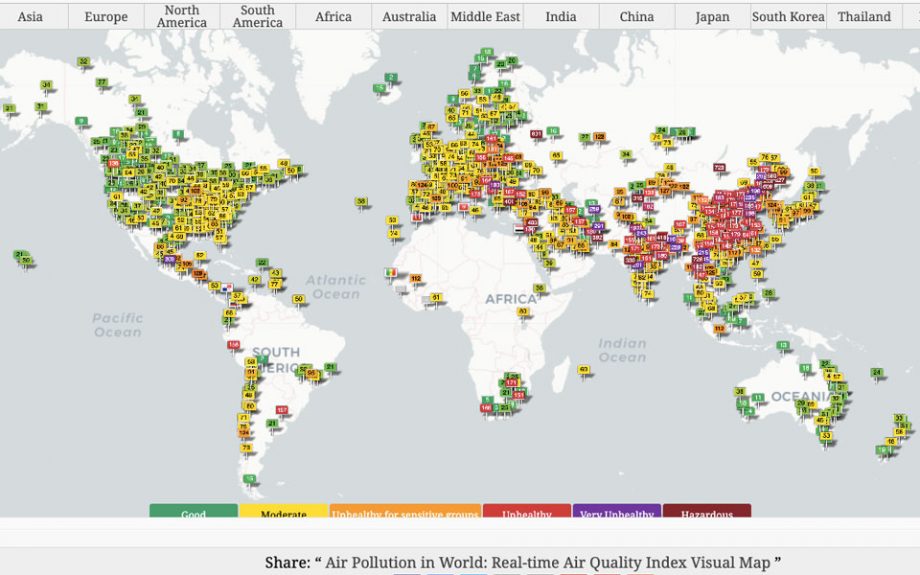 This comes in a context of a temporarily (and marginally) improving atmosphere worldwide, as human activity has shut down on an unprecedented scale. However, the clearer waters in Venice and the bluer skies in Beijing are not set to last, scientists say, and are more surface deep rather than structural.

That said – we may as well enjoy them while we can (even if the only way many people can do so right now is during a brisk walk to the supermarket or by opening their windows). But hey, at the moment, we’ll take whatever silver linings we can get.

And who knows: maybe this is a chance to reassess which activities should be started up again once our respective lockdowns are lifted.