Berlin is easily one of the coolest cities on the planet right now. 28 years after the fall of the Berlin Wall, the city’s troubled past is fading into history. Checkpoint Charlie has rebuilt and redefined itself as an international hub of culture, creativity, and experimentation.

Germany’s capital is now home to many of the world’s most talented and innovative designers, artists, writers, and other creatives, making the city edgy, trendy and hedonistic in all the right ways.

Whether you’re in town for the glamour or the grit, the Reichstag or the Museums, the nightclubs or the architecture, there’s bound to be something that grabs your eyeballs and sears itself into your memory: hence the 13.5 million annual visitors.

Tempted to take a trip? A cool city demands cool accommodations, so here are the coolest Berlin hotels: 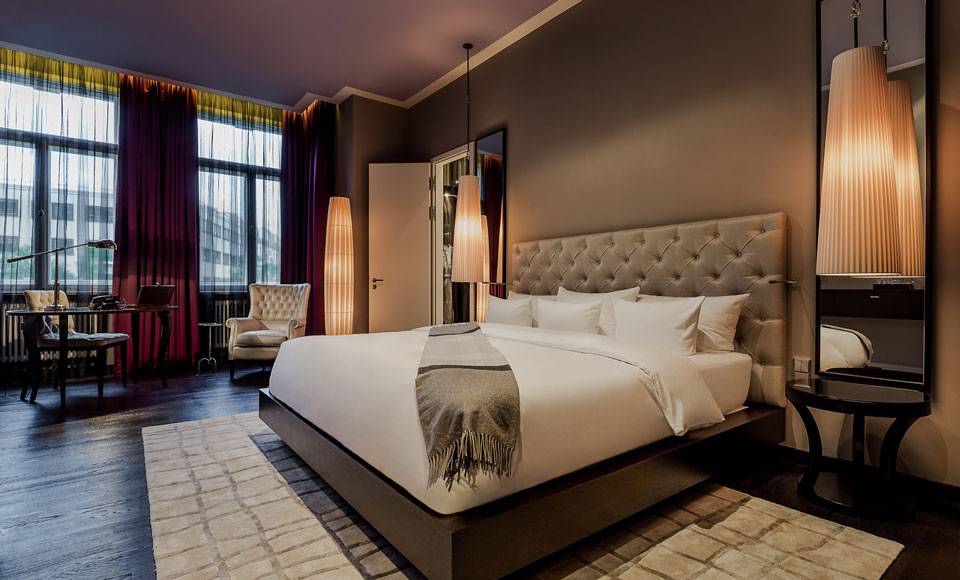 From its Ku’Damm Suite to its rooftop bar, Hotel Zoo Berlin will have individualists in search of a London or New York style townhouse exclaiming something stronger than “damn”. Located in the heart of Berlin’s city west on the famous Kurfurstendamm boulevard, you’d be hard pressed to find another joint that integrates “hip” so effortlessly with “luxe”.

In its previous lifetimes the Soho House Berlin was a department store, followed by the home of the Communist Party archives and the Central Committee’s Historical Institution. Today, the beautiful Bauhaus building in Mitte is a private members’ club with 65 rooms, 20 fully serviced apartments and 4 spacious lofts. The stylish facilities include includes a Cowshed Spa and gym, a rooftop pool, restaurants, bars, a screening room and the Politbüro event space. 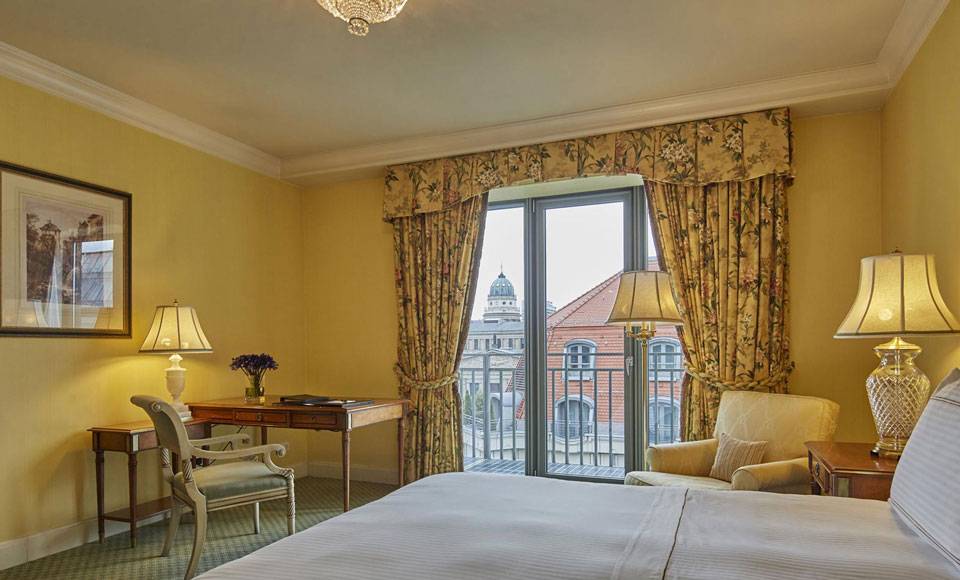 One of the best 5-star luxury hotels in the world, Regent Berlin embodies the archetypes of ‘timeless refinement’ and ‘impeccable service’ so thoroughly that you’ll scarcely need to leave. If you do take a stroll though, you’ll be walking out into Berlin’s historic Mitte district, or the beautiful Gendarmenmarkt Square. 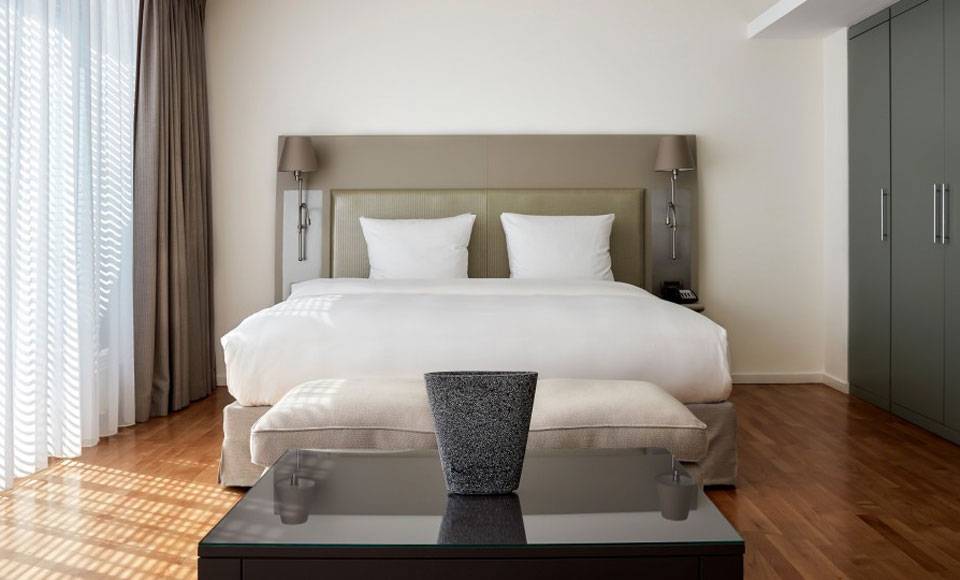 The Mandala Hotel claims to be Berlin’s “only independent privately managed 5-star superior hotel” with the “most spacious rooms” in the city. Situated at the junction between former East and West Berlin, the hotel is a perfect home base for exploring the German capital. The Mandala’s 157 suites are trendy, minimalist and ultra-modern to please design geeks. The Qiu Bar, Michelin-starred Facil restaurant and ONO Spa will please everyone else. 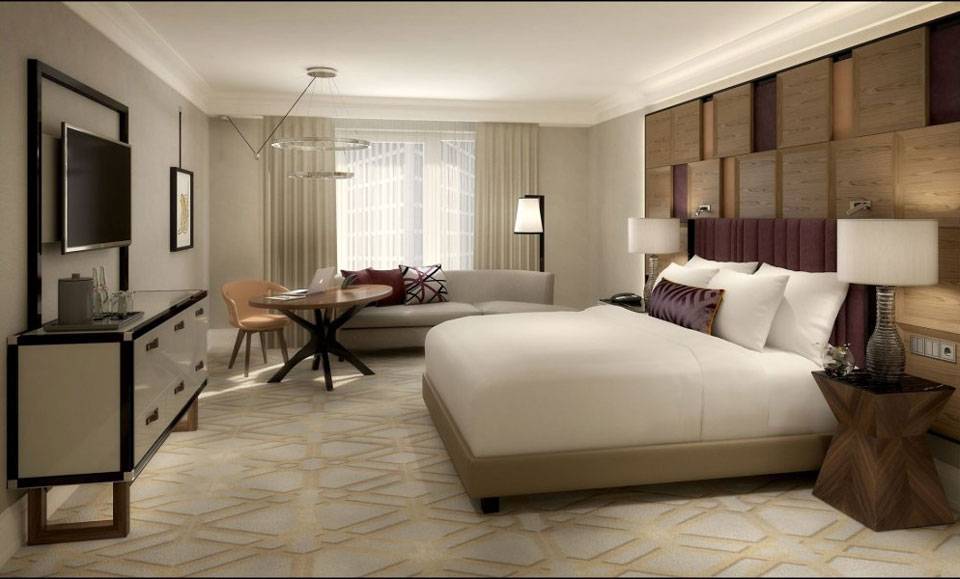 The Ritz-Carlton is a (luxurious) step back in time, transporting you to Berlin’s golden age with its Art Deco design, crisscross motifs and exquisite location on Germany’s famous Potsdamer Platz. Other features include its deliciously modern Fragrances Bar, which brings together cocktails and perfumes, and its reinvented German cuisine at Pots, the new staple in Berlin’s restaurant scene, headed by renowned chefs Dieter Müller and Frederik Grieb. 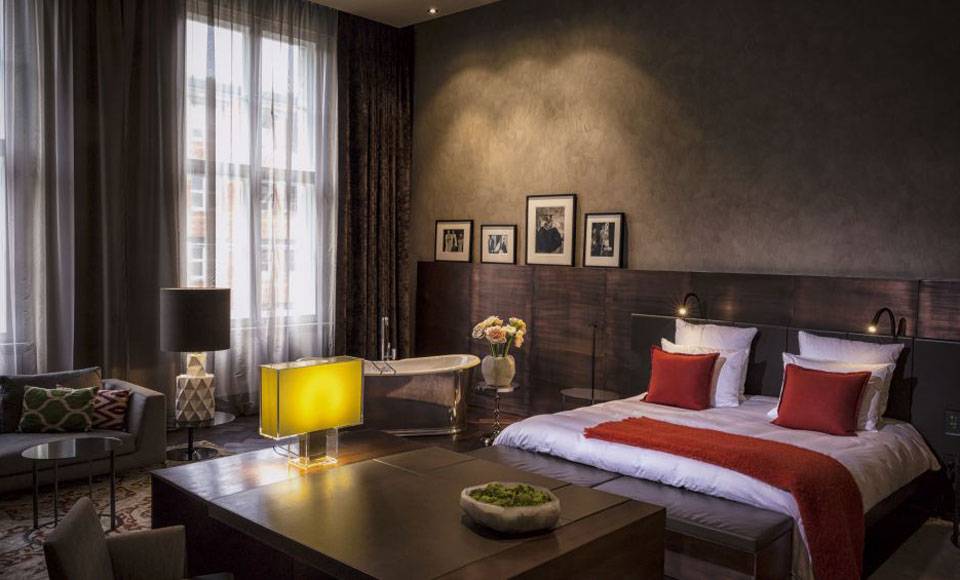 Housed in a converted embassy building on the edge of the Tiergarten, Das Stue is a sophisticated luxury boutique hotel with world-class facilities and an international feel. The intimate hotel’s 79 guest rooms offer easy access to all the shopping, art and entertainment hot spots in both East and West Berlin, as well as views across the park and the Berlin Zoo. A 24-hour gym, spa, indoor pool, glass sauna and Michelin-starred restaurant are available to guests. 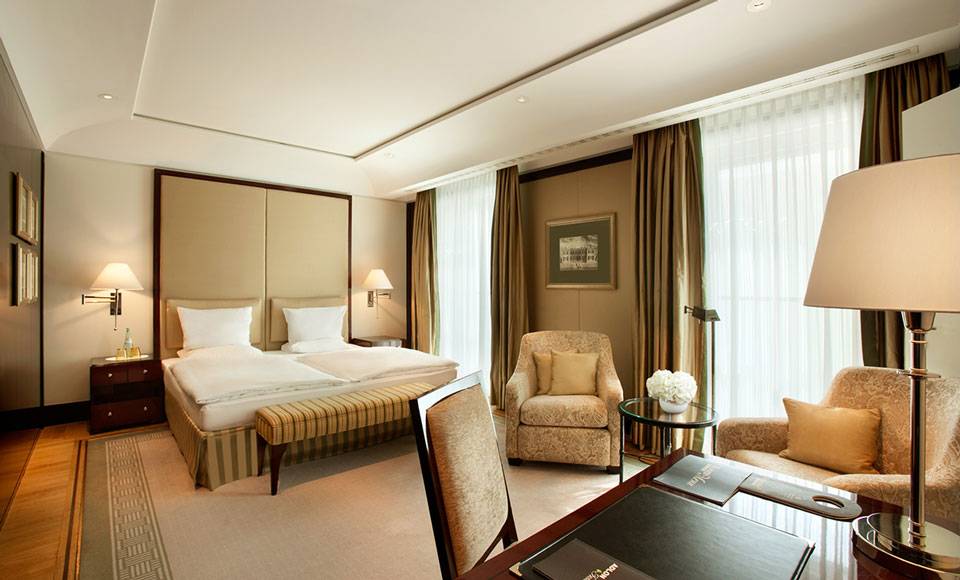 Opulent lodging at its finest, the Adlon is a centrally located, legendary 5-star hotel sitting pretty next to the Brandenburg Gate. State-of-the-art facilities lie in wait, ready to swaddle you in such creature comforts as double Michelin-star food and a premium shopping arcade. 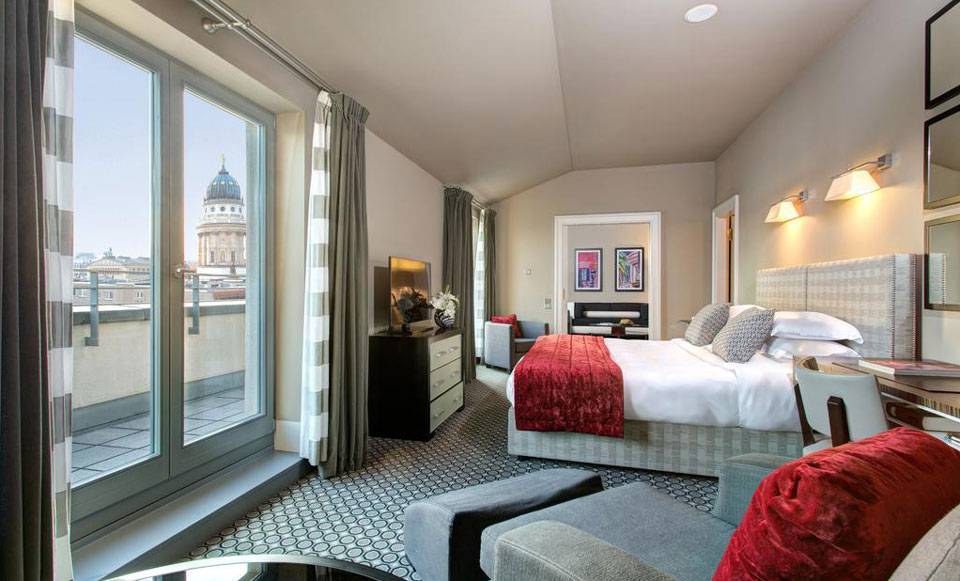 The Hotel de Rome is in yet another building with an interesting history. Before becoming an elegant resting place for discerning travellers, this space was the headquarters of Dresdner Bank. The building’s past has now been seamlessly incorporated into the hotel, where guests are treated to the grandeur of its original architectural details, room doors designed to look like bank vaults, a swimming pool in the former jewel vault and a ballroom where the cashier’s hall once was. 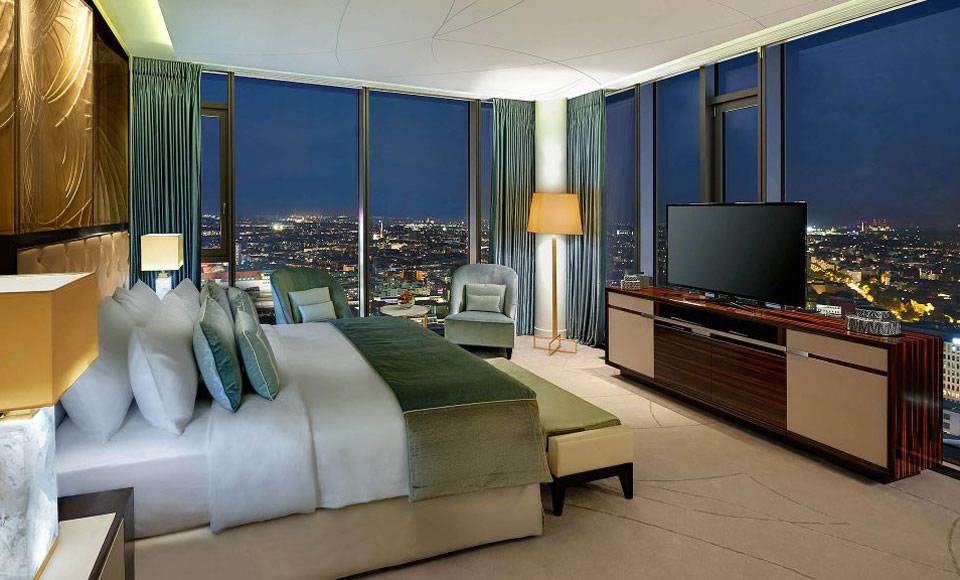 If idyllic escapism is your thing then you’ll love the views, rooms, pools, decor and dining experiences of the Waldorf Astoria Berlin. From its award-winning spa to its romantic room service feature (great for couples) this is the hotel you pick when you want a beautiful, upmarket stay in the heart of the city that barely sleeps. 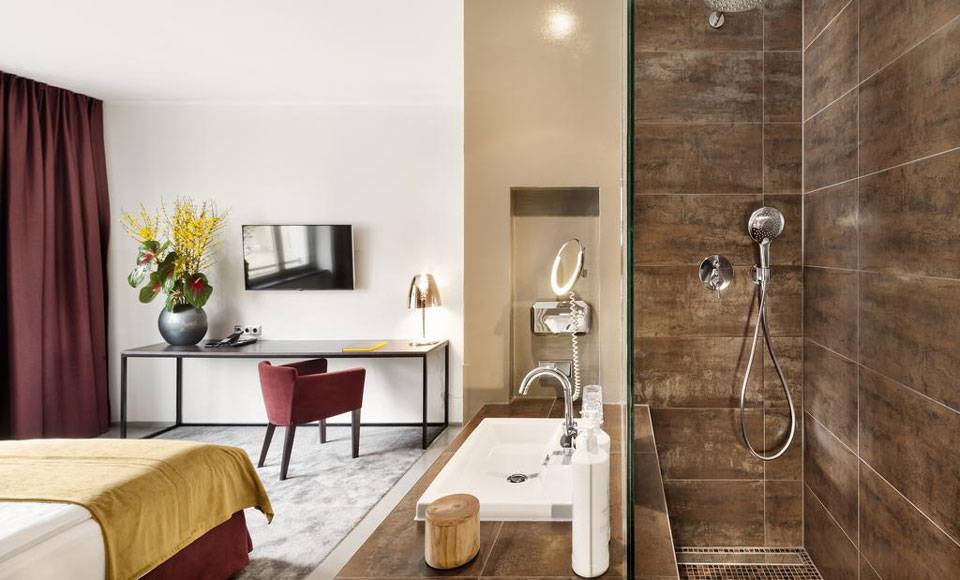 A residential building for officers. A military hospital during the First World War. A KGB telephone surveillance station. The Lux 11 building, too, lived many lives before it became one of the most popular designer residences in the city. Its hip and spacious open-plan apartments and suites are now favourite accommodations for the creative community, who can often be spotted in its concept store and milk bar Type Hype, Prince restaurant and clothing store Ulf Haines.

The 21 Best Pubs In Melbourne, According To A Local

10 Best Whisky Bars In Melbourne Every Man Needs To Visit