Coolest Restaurants In Canberra That Will Tantalise Your Tastebuds

When thinking about the best dining spots in Australia, we’d imagine you’ll naturally gravitate towards Sydney or Melbourne, but the nation’s actual capital city, Canberra, is home to its fair share of fine dining establishments too.

Known for its relatively young demographic, Canberra – a young city in itself, having only been constructed in 1913 – has a bustling nightlife, full of trendy cocktail bars, clubs (hello Mooseheads) and places to eat. We’ve tackled bars in another article, this one focuses solely on tantalising your tastebuds with delicious eats.

So if you have a trip planned or live in Canberra and are searching for somewhere new to spend a Friday evening, let us present to you a list of the coolest restaurants in Australia’s Capital to while away an evening. 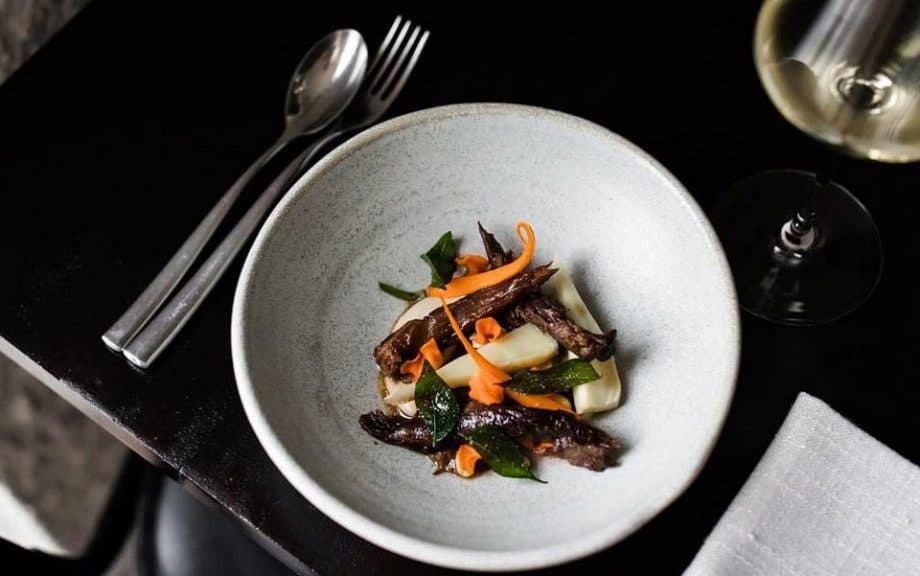 If you like intimate dining mixed with high-end cuisine, Pilot is the spot for you. The recipient of multiple awards and nominations, Pilot offers diners a 10-course degustation that is sure to send your tastebuds through the roof.

Part of the appeal of dining at Pilot is that you don’t know what you’re going to eat until you sit down, as the menu isn’t published online. The wine list changes on a regular basis too, catering to different varietals and seasonal trends. 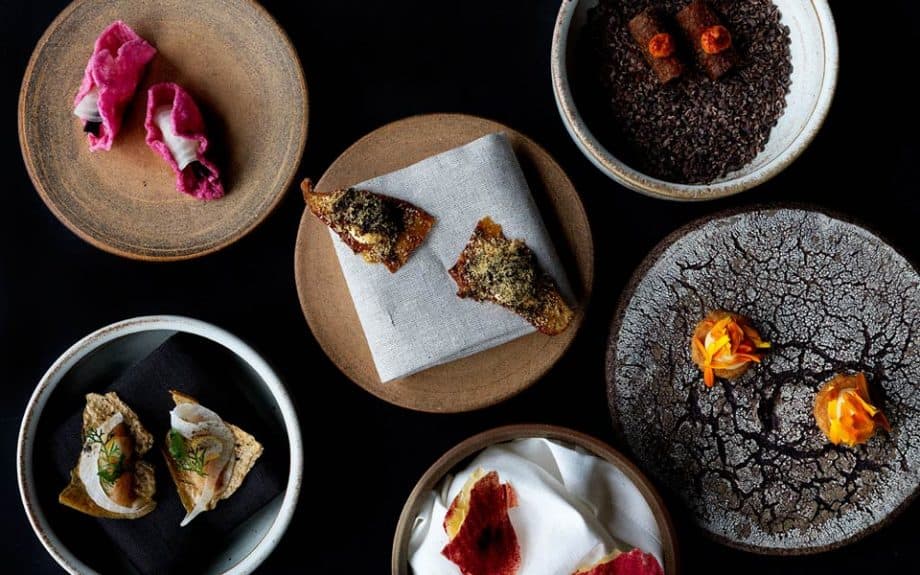 Continuing with one-word restaurant names is Aubergine, which, if you look at reviews circling online, will immediately stand out as being not only one of the best restaurants in the Capital but in the whole damn country.

The menu takes on a very experimental approach and you may need a glossary to understand some of it (although, what fine dining restaurant doesn’t need one?) but with head chef Ben Willis using tools such as liquid nitrogen for previous seasonal menus, you can be sure to expect a dining experience like no other. 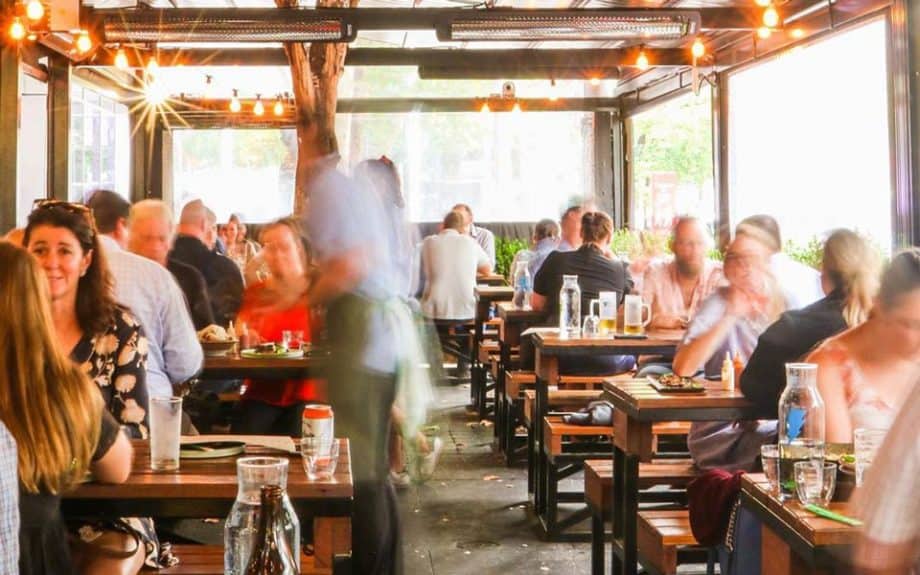 For an evening of fun times and good eats, head to Akiba. Neon signage lets you know what you’re in-store when you head through the doors of this Korean/Japanese fusion establishment: a busy atmosphere. Catering well to groups by way of plenty of sharing plates, Akiba is somewhere where you don’t mind getting your hands dirty – cutlery will only slow you down. 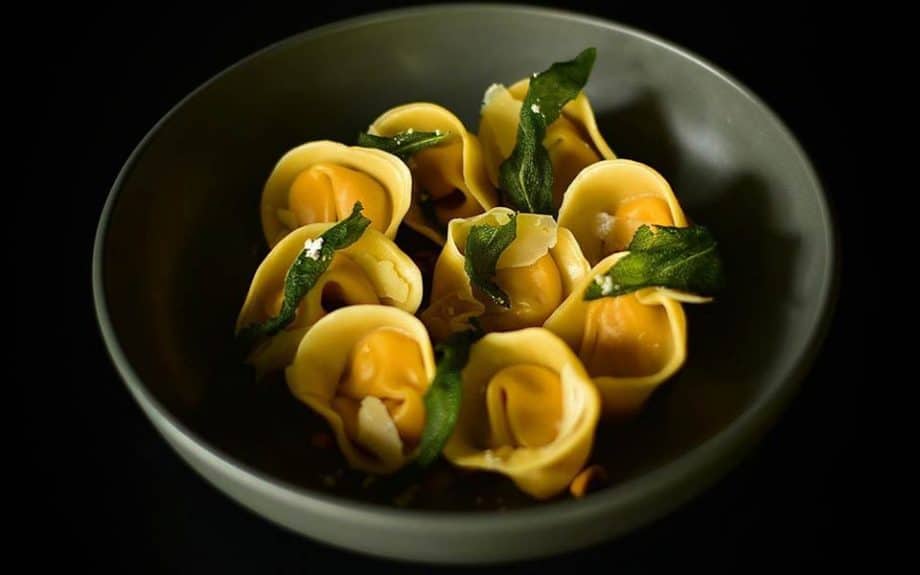 Another bustling eatery that consistently ranks among the favourites of locals and visitors alike. EightySix has been committed to a tried and tested method of placing the menu high above the bar for all to see, which reels off mouthwatering dishes such as pumpkin & mascarpone tortellini and black chicken with buttermilk slaw.

Don’t expect an intimate conversation with a date, although if anything, the busy environment could work to your advantage by providing plenty of people-watching opportunities to discuss. 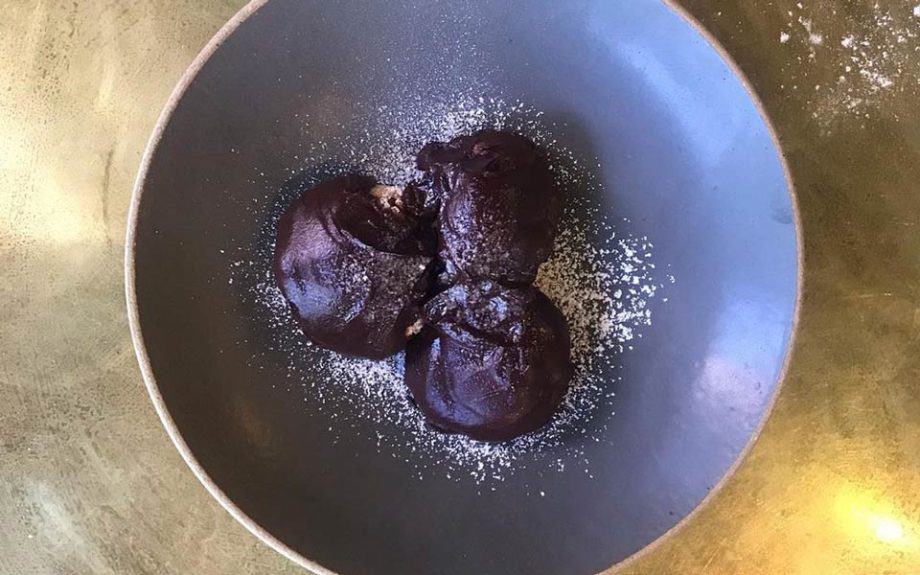 The Instagram feed of this restaurant is enough to tempt anyone through the doors and to get themselves a table. Or should we say, to remain outside with a table, as Močan & Green Grout is a perfect place for summer dining, alfresco style. The menu is a bit simpler than some others on this list, but that means you’re even more likely to pick out a dish you know you’re going to love. 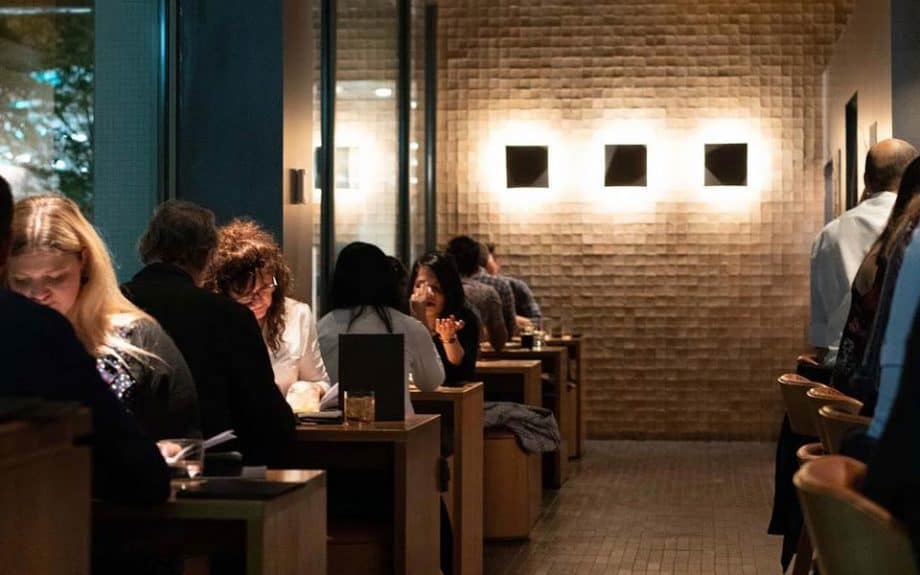 Love Japanese food and modern, swanky eating establishments that are incredibly tastefully decorated and impeccable in their approach? Then you’ll love Raku. A quintessential fine-dining experience, Raku serves up small plates that are designed to be shared among groups (although you could obviously take a date and splurge a little). With the menu hosting dishes such as Canadian scallop with jalapeno, green apple and garlic mayo, or a 150-day grain-fed Scotch fillet with wasabi sour cream and rhubarb salt, we wouldn’t be surprised if you phoned to book a table before reaching the end of this paragraph. 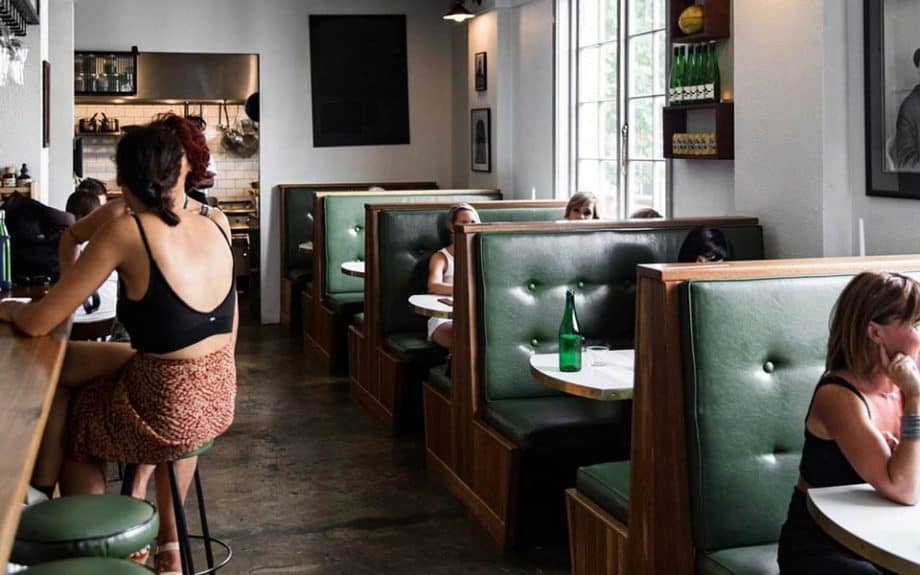 For laid-back vibes with a few beers (and maybe a cheeky cocktail or two) and some casual plates of food to pick at, head to Bar Rochford. Situated in The Melbourne Building, Bar Rochford’s menu changes regularly, so it will soon become a venue you will want to keep revisiting to see what else they have in store. The wine menu showcases some of the best Australia has to offer (with a few from further afield if you fancy being a little continental) and the sounds pumping through the speakers only add to the completely casual experience. 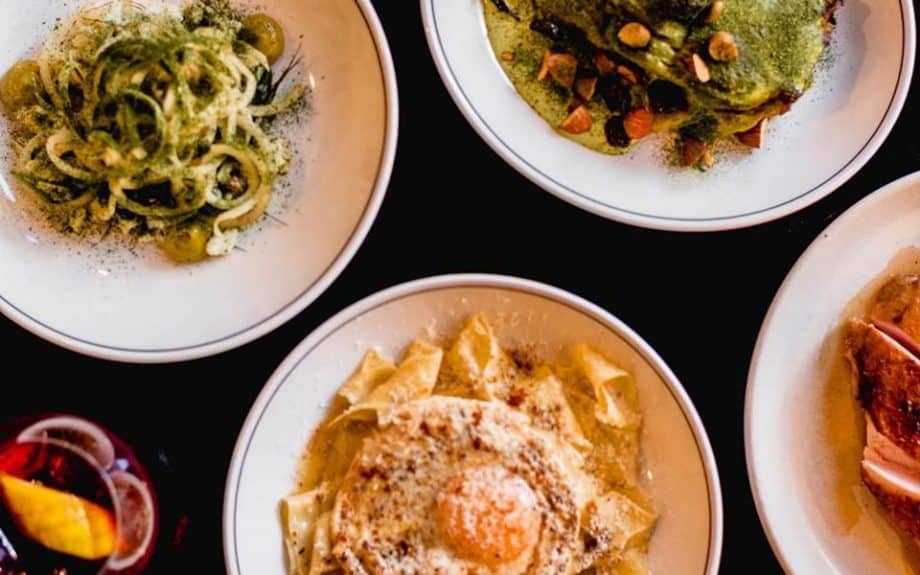 Widely regarded as one of the best restaurants Canberra has to offer, Temporada is a sleek and sexy venue serving up out-of-this-world food. Previously under the helm of chef Ben Willis (who has since moved to Aubergine) it’s no surprise it has become a cult favourite. The food menu is regularly rotated to adjust to each season, with local produce being given pride of place. Wines, too, are sourced as locally as possible, although for those with a particular palette, there are international bottles on offer too. 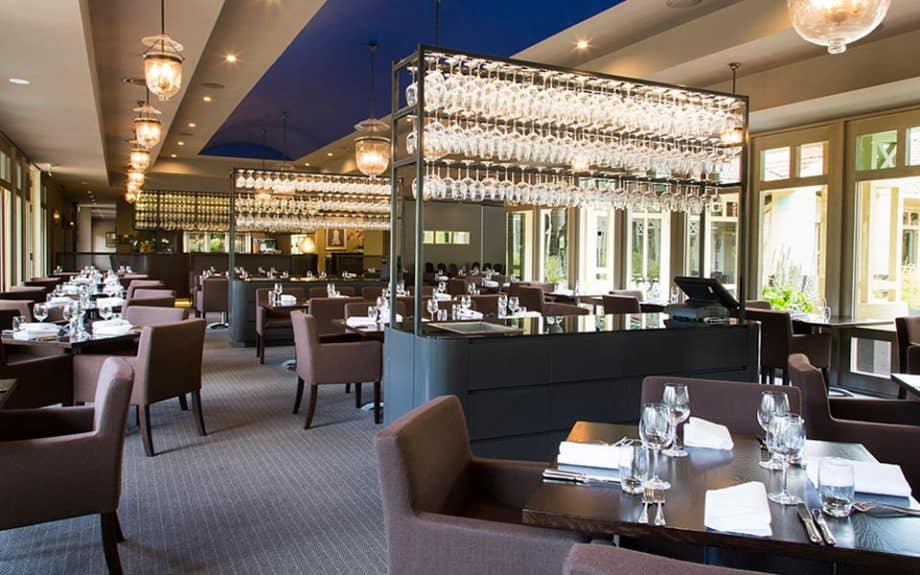 The most awarded restaurant in Canberra serves up Turkish cuisine in both its main dining room and three private dining rooms to entertain you and your guests. It’s a favourite of Australia’s politicians whenever they’re in town, and although they may not always get it right when it comes to policies, they certainly know how to pick out a good feed.

You might expect your wallet to suffer for some of Canberra’s best food too, but on the contrary, the menu is actually incredibly well-priced. For colourful plates of food simply bursting with flavour, book yourself a table. 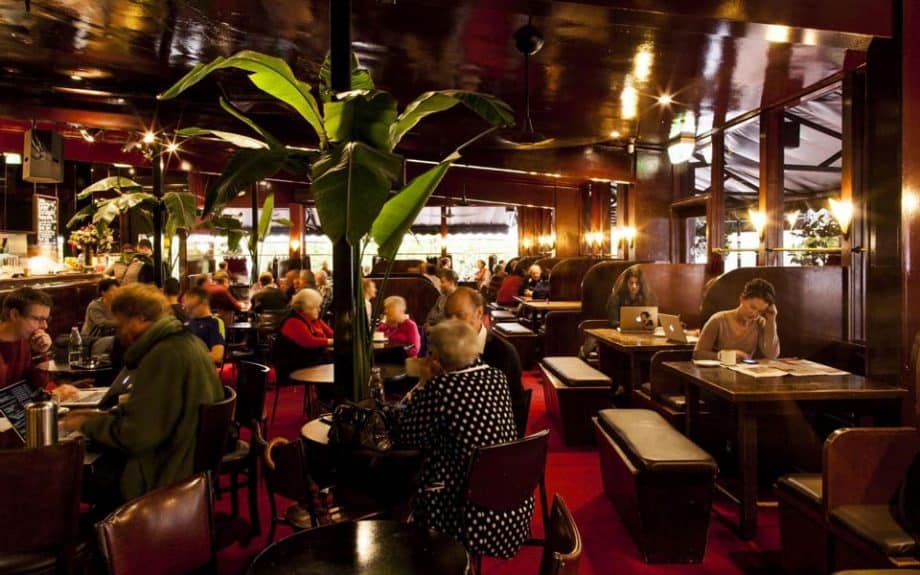 Tilley’s is less of a restaurant and more of an institution in Canberra. It first opened its doors in 1984, initially as a space just for women (men could turn up if they were hanging off the arm of a lady) and today is a place welcoming of everyone.

It maintains its heritage though, with wooden booths scattered around and live jazz piano sessions taking place every Saturday night. The menu is far less fancy than some other establishment; it is a café after all, so a trip here is much more about the experience and sitting in a seat steeped in history.