For those business class flyers in the know, you would remember flying from Australia to Europe was always a ‘baller’ affair with the Emirates A380, that was until you needed to land in Geneva, Milan or any smaller cities which were serviced by their Boeing 777 fleet. Yeah I know, first world problems. Emirates older 777 fit-out was dated and didn’t cut it compared to the Emirates A380 experience.

On last week’s recent trip to the SIHH watch fair in Geneva we lucked out and scored the all-new Emirates 777 business class. Let’s just say it’s a massive improvement both in design and privacy.

Yes, they have continued to use the 2-3-2 cabin layout, however it no longer feels cramped and dated. Rather, each seat offers large privacy screens to ensure you don’t need to deal with your neighbours bad habits (or germs). Seats pillars are also higher which give a snug cockpit feel.

Given increased privacy the cabin crew are working harder to reach over passengers. I was in seats 11A & 10A and spent most my time during service passing trays and plates back to the flight attendants. No big deal, but I did find myself apologising like a peanut to the nice Swiss gentleman next to me.

Emirates say the interior of their Boeing 777 fleet has been inspired by the modern sports car which is very apparent. The leather upholstery is reminiscent of a Bentley Bentayga with its plush feel, diamond stitching and soft beige colour. It’s actually one of the best looking business class seats both in terms of design and comfort and makes their A380 seats seem second class in comparison.

The material and finishing touches of the seats remain true to Emirates (the woodgrain stays) with the addition of more storage space, chrome reading lights, better access to charge your phone, headphones and anything else you’re carrying onboard.

Entertainment screen are now massive and according to Emirates are the largest aboard any plane operating commercially. The downside with these extra large screens is you tend to watch your neighbours screen rather than your own. In my case it was Kingsman 2 for the 50th time.

What we love about the new Emirates 777 fit out

What didn’t float our boat

Our recommendation would be to score the smaller business class cabin upfront – it has only 2 rows which could prove to be a quieter affair. We assume this cabin is reserved for more frequent Emirates flyers.

As previously mentioned you will be able to sample the updated Emirates Boeing 777 on selected routes to Europe from Australia.

A new level of luxe 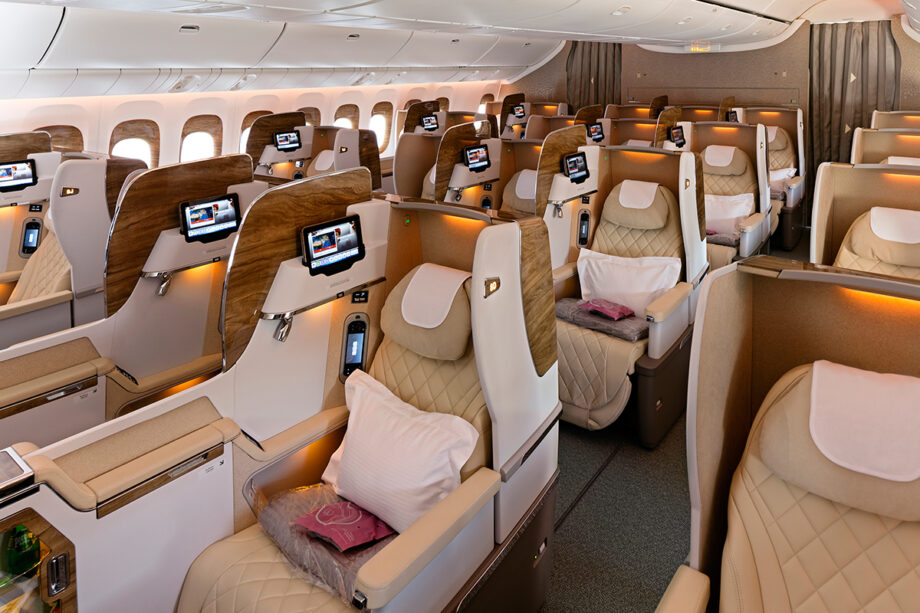 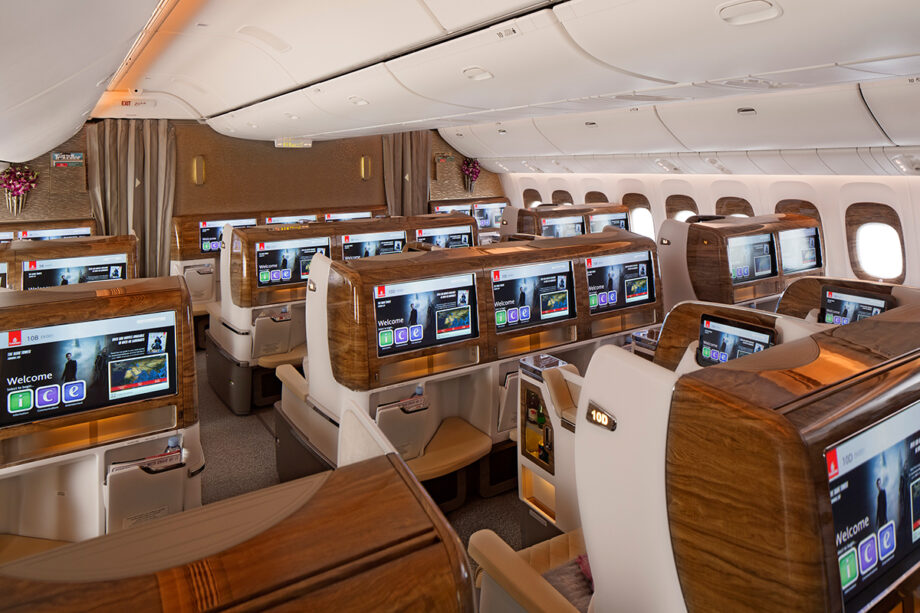 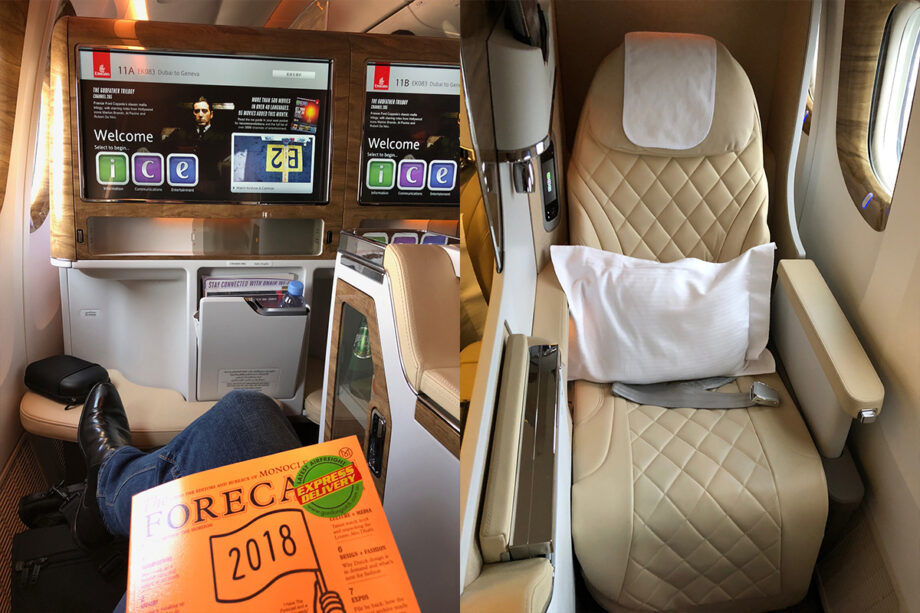 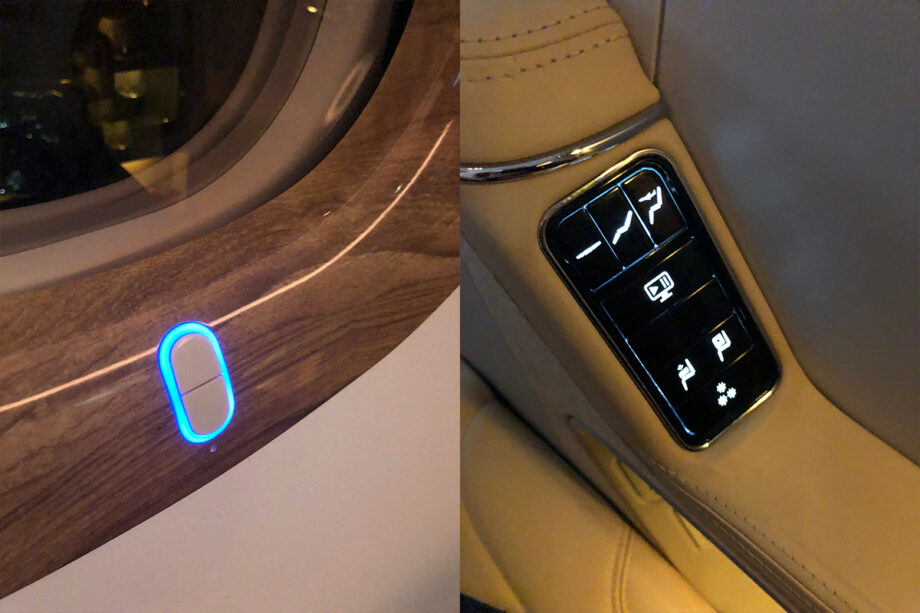 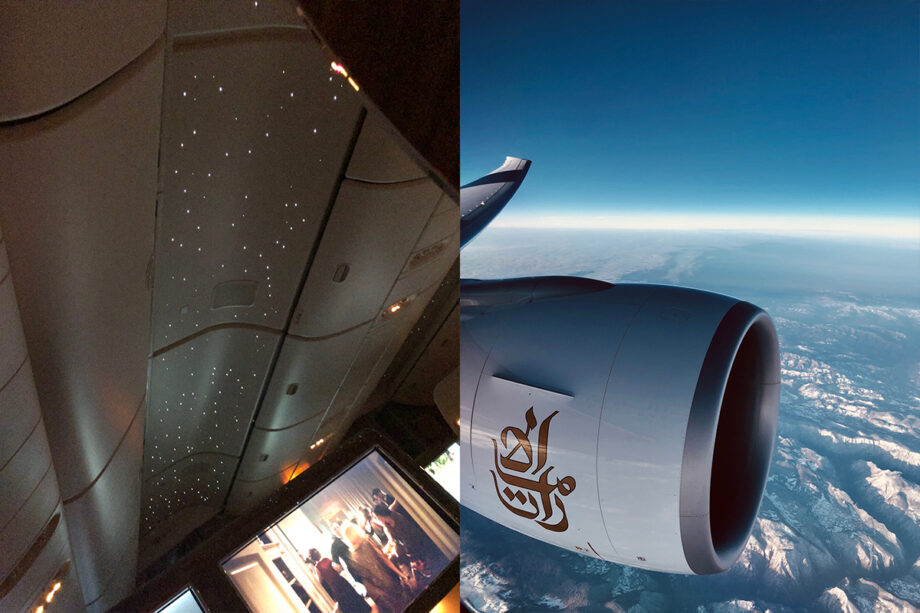