Last night after a few days of R&R with the family in Melbourne I flew back to Sydney. To my surprise QANTAS had its brand spanking new Boeing 787-9 Dreamliner servicing the route.

If you’ve been living under a rock you may not know that QANTAS recently took delivery of the new bird and it’s soon to be the aircraft of choice between Melbourne and LA. It’s also due to service domestic routes within Australia with the new aircraft likely to replace the now older and outdated Boeing 747-400.

Whilst many of us are sad to see the 747 go, the Dreamliner is a massive step up and a welcome change.

So what did I think?

Having flown the Dreamliner to San Francisco recently with United and Cape Town with Qatar Airways, the ‘Oh My Freaking God’ had worn off a touch, but I was still keen to see David Caon’s work on the new premium economy seats and business class.

I found myself in 20A in the bulkhead. The seat is nice and wide and feels like the normal business class seat on QANTAS 737 which often services domestic routes in Australia.

The seat has been finished in charcoal fabric and the tray tables are beech finished. The cabin is nice and small too. There are only 35 seats in the premium economy section and this would arguably make it a nicer and quieter place for a long haul flight. The new LCD TV screens are easier to get in and out, but the tray table however took a little more effort. Charging my devices from the seat was no issues too, with USB charing nearby as well as headphone storage.

The entertainment system menu has had an upgrade too. It’s now more intuitive and there was no shortage of Family Guy to keep me occupied for the hour long flight.

The service was much the same as any other QANTAS flight, however you get the feeling the staff are quite excited about the new plane. The customer service manager even came over to say hello and offer me a large portable leg rest…sadly my legs were too long. It was perfect for the petit gentlelady next to me though.

See below for a few snaps which I took with my iPhone X. 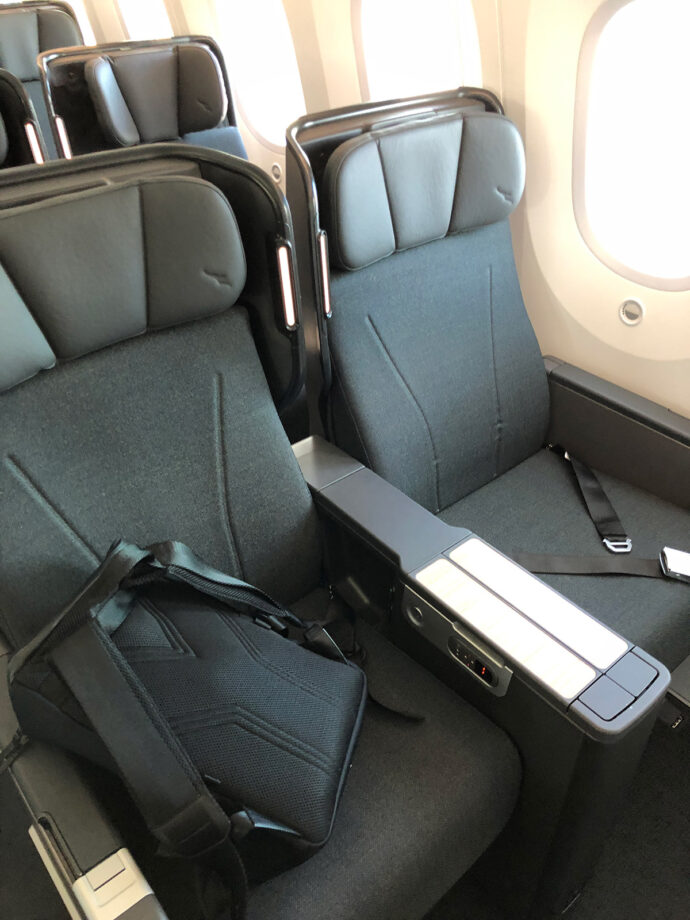 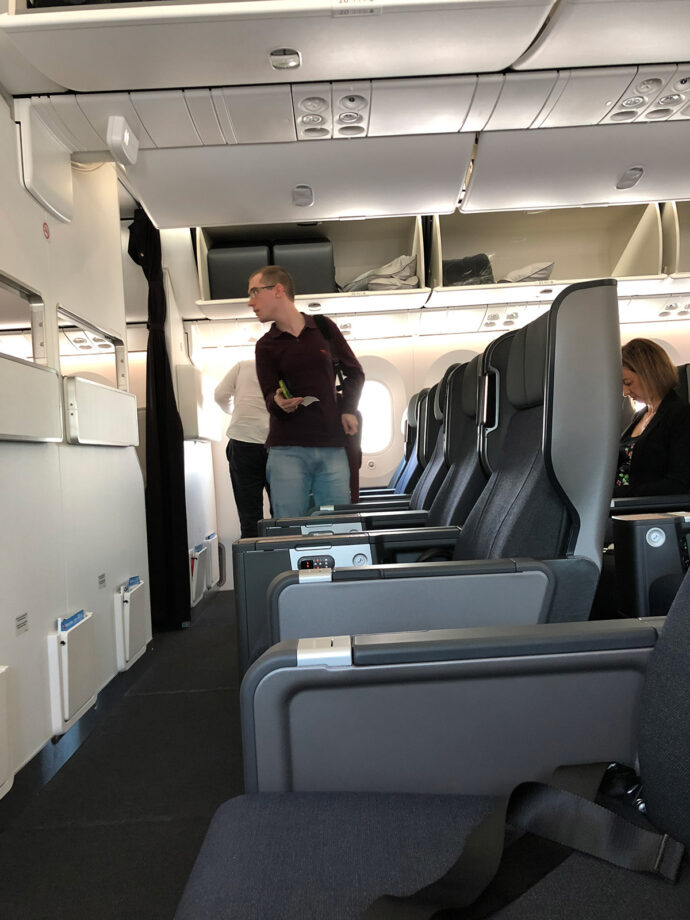 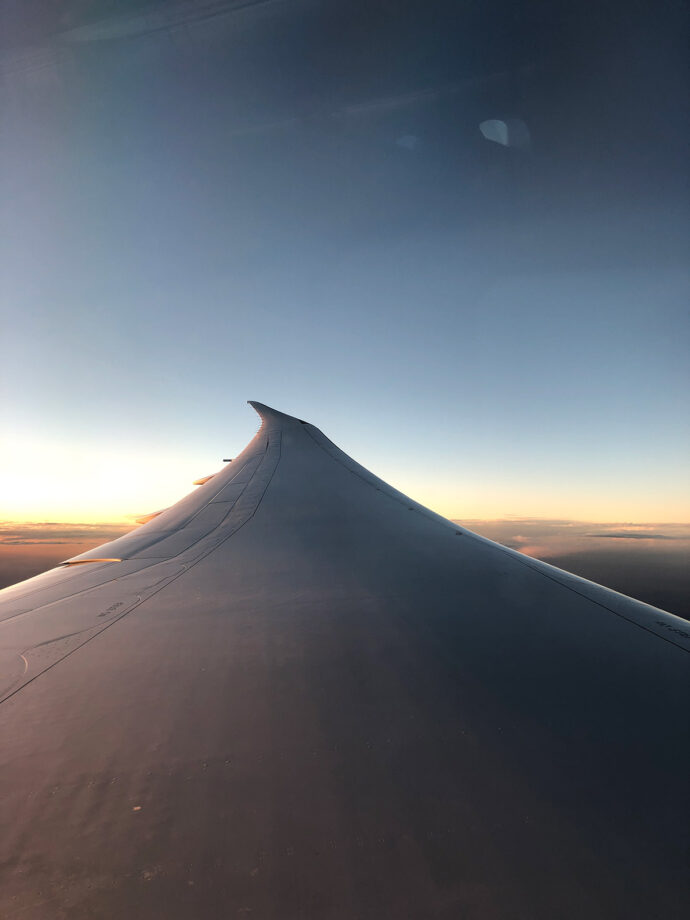 View from the 787's larger windows 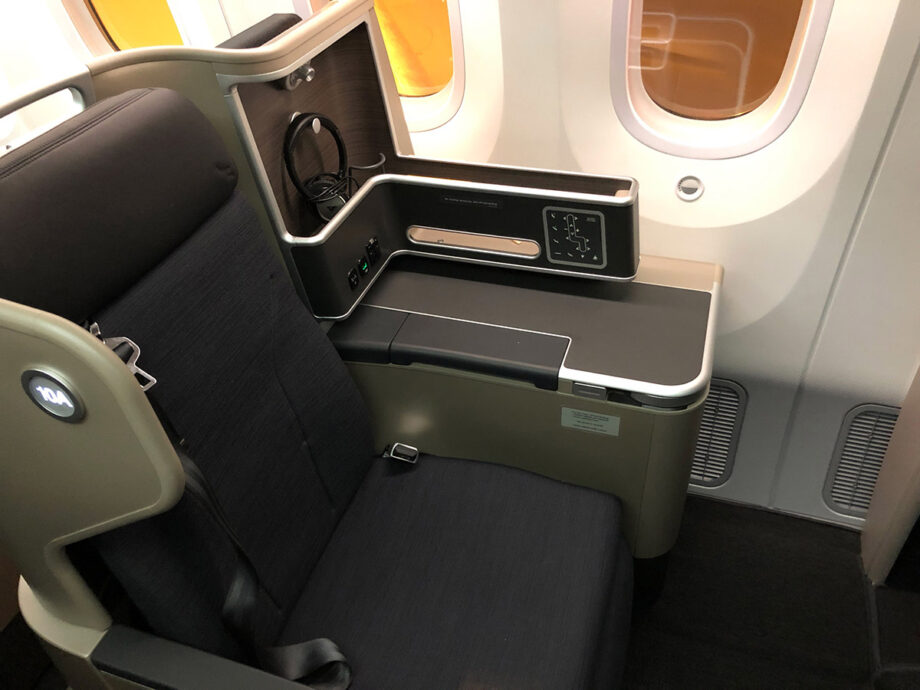 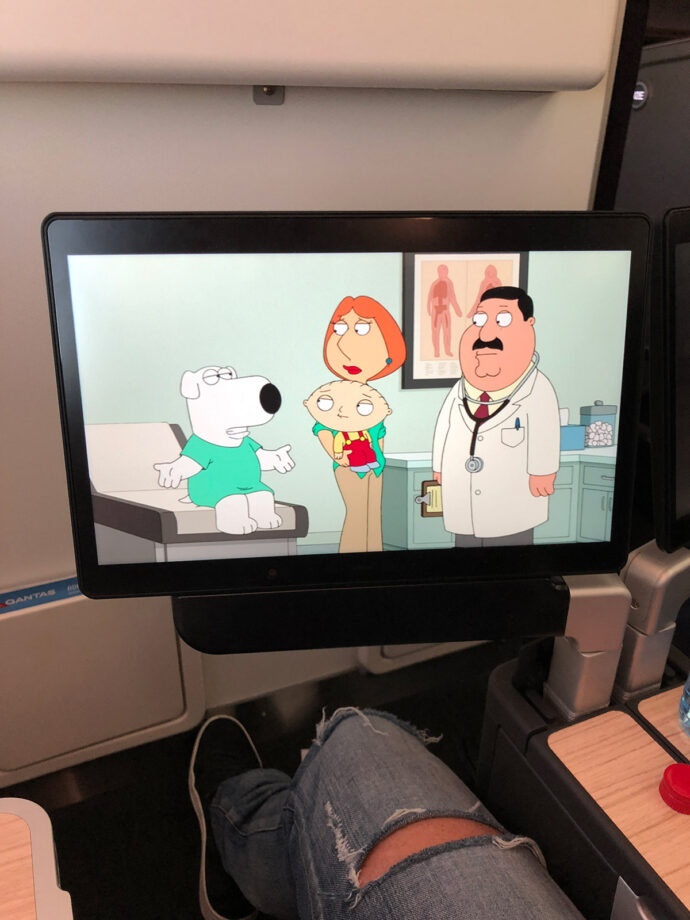