Those who know me will find it no real surprise that I spend a fair chunk of my time fending off jet lag in airports and planes. For those who don’t, think of me as your nomadic ginger next door.

On my latest assignment to Japan for the annual Nismo Festival with Nissan Australia, I was fortunate enough to lock in a spot with Qantas on their Business Suite with their A330 fleet. This was undoubtedly a momentous occasion for myself as it was my first foray into the 1-2-1 Business Class layout.

I felt like a kid being introduced to hot chips for the very first time again, but things were about to get even better. A friendly flight attendant mistook me for someone she had regularly flown with so I decided to roll with it.

For the next eight hours we were the best of friends and she was even nice enough to spoil me with anything I could eat or drink onboard. Amazing things can happen when you look like Robert Redford’s son.

But I digress. Let’s get into what’s cool about the Qantas Business Suite.

I’ve been lucky enough to fly with some of the world’s best airlines and I can say that the Qantas Business Suite is strictly on par with the Emirates Business Class, albeit with more privacy. This is especially important to me as I’m quite a solitary guy when it comes to working mid-flight.

A winner for me was the luxurious fit and finish of the cabin. Designed by Marc Newson, the material finishing and ergonomics were meticulously appointed to a level that the flying kangaroo would be proud of. The seats which are constructed in collaboration with Thompson Aero Seating span 23-25 inches wide depending on whether you’re an aisle passenger.

Those are impressive figures but the real winner was the seat recline option which you could fold down from take-off right through to landing without compromising comfort or privacy. The fully reclined flat bed measures in at a very generous 79 inches. And if you’re a tall chap like myself, you’ll also be pleased to know that the mattress can extend to include the foot well under the ottoman portion of the seat.

If you’re the type who needs to get up often, the suites are also prepared for that, allowing for direct access to the aisle. It’s a rather swanky affair overall, with stitched black-leather upholstery paired with neutral blond-wood paneling.

Another feature worth mentioning is the new seat belts which trade the conventional lap belts for a three-point restraint similar to those found in cars. Qantas says that this is to ensure greater safety during take-off and landing. Need more peace of mind? The belts now withstand 16G forces exerted in what is classified as a ‘survivable accident’.

From a user interface and content perspective, the Qantas Business Suite is probably the best entertainment system in the air to date. I’m not usually a movie junkie, but I found myself glued to the massive 16-inch screen smashing four episodes of Stalker and following it up with South Paw. I thought I’d never run out of cool programs until it was time to eat.

There’s also a universal USB port next to the backrest which can hook up with your iPhone or iPad to access your device’s own content. Alternatively, you can also stream the plane’s entertainment menu into your own device through the Qantas’ Q Stream Wi-Fi service.

Complimenting the entertainment system with a touch of class was a simple case of laying down on the bed, grabbing the Bose QuietComfort noise-cancelling headphones hanging nearby and basking in the glory of that huge screen.

Fine Dining In The Air

One of the star attractions of the Qantas Business Suite is a menu curated by Australian chef Neil Perry. Perry’s Rockpool-inspired food was definitely good for aeroplane-style dining and I felt like I’d never go hungry the entire flight ( namely because the cabin crew kept coming by to offer me more since they thought I was someone who I clearly wasn’t).

Dessert is also on hand if you’re still peckish like me after such a massive meal. On the menu? Nice cream vanilla and caramel ice cream with almond praline.

In the end it’s the little things which won my confidence in the Qantas Business Suite. Small touches like personally thanking me for flying with Qantas is one of the perks of a platinum frequent flyer, but still always appreciated. Much like visiting an old mate.

There’s no doubt that Qantas has entered a new era of business travel and we can’t wait to see these modern Business Suites on their bigger fleet in the near future. 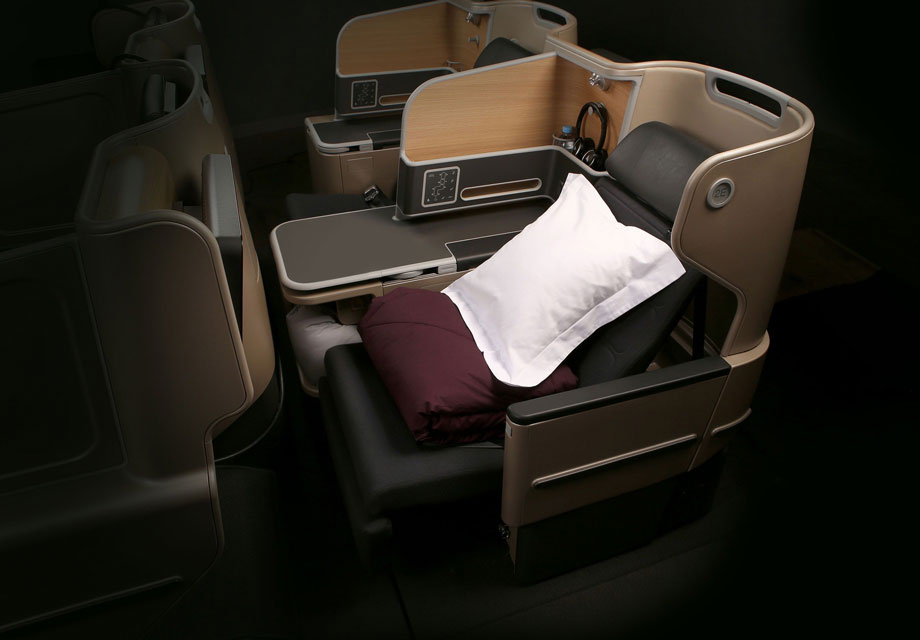 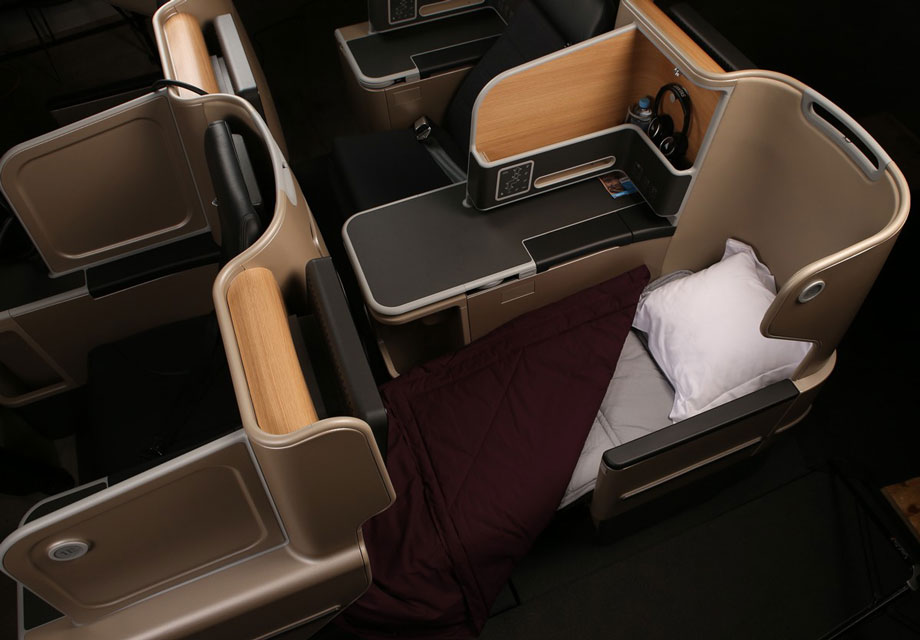 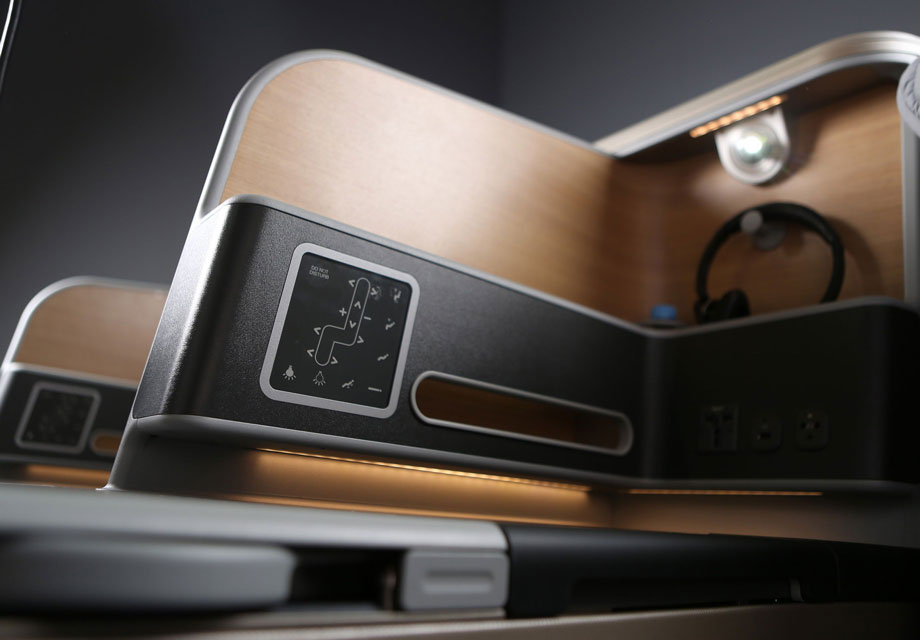 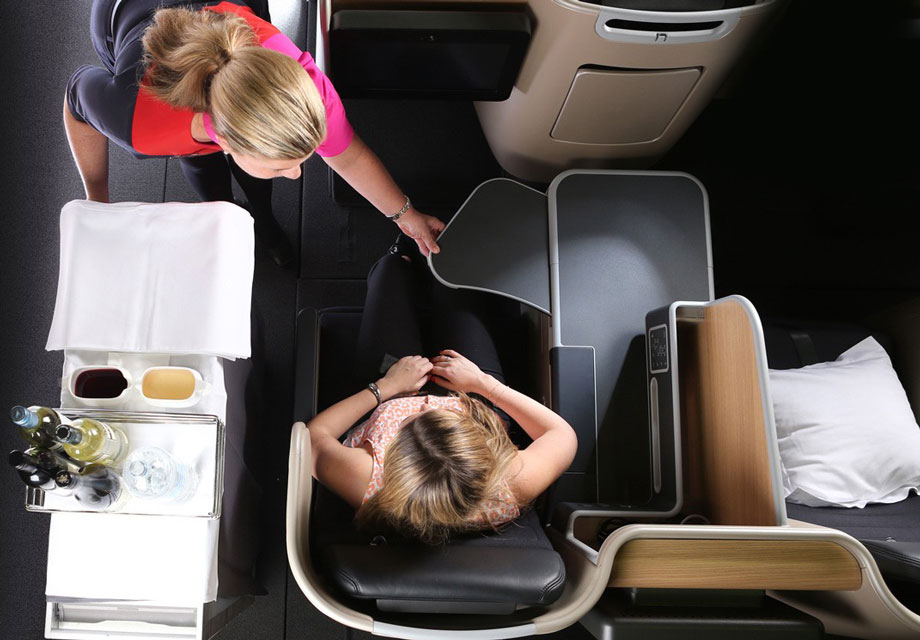 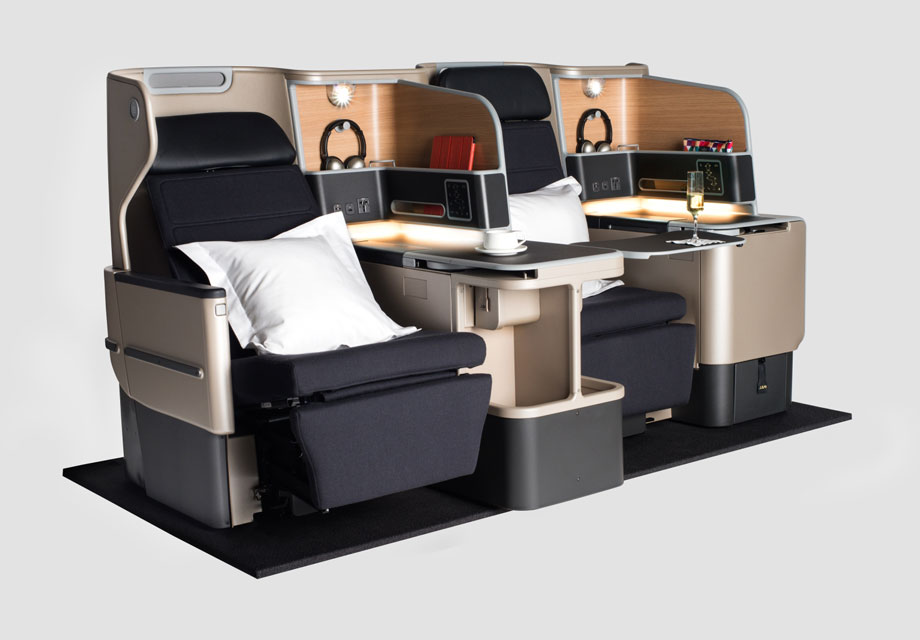 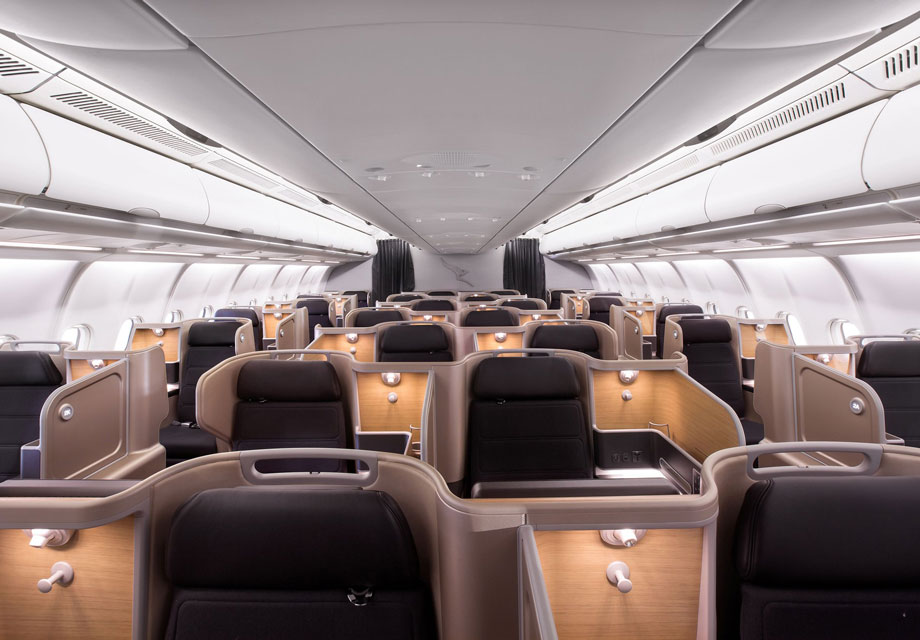