Home cinemas that put Cannes to shame. Watch deals more glamorous than Beyonce. Headphones that make you sing. Instant swag sneakers. ‘Black Friday’ is known for many things, but eco-friendliness is not one of them.

Online retailer Everlane has just subverted that assumption, however, with one of the smartest ‘Black Friday’ moves we’ve seen in a while. Turning the consumerist post-thanksgiving trend on its head, Everlane, instead of doing a traditional sale, is donating $100,000 to Feeding America, a non-profit hunger-relief organisation that delivers food to some 46 million hungry Americans via food banks, soup kitchens and the like.

Then, from Friday 27th November through Sunday 29th November – when we expect Everlane to drop its Black Friday discounts – Everlane will donate an extra $1 for every order placed, up to $200,000 (the collaboration’s target). According to Everlane, $200,000 will be enough money to provide two million meals to the Feeding America foundation. 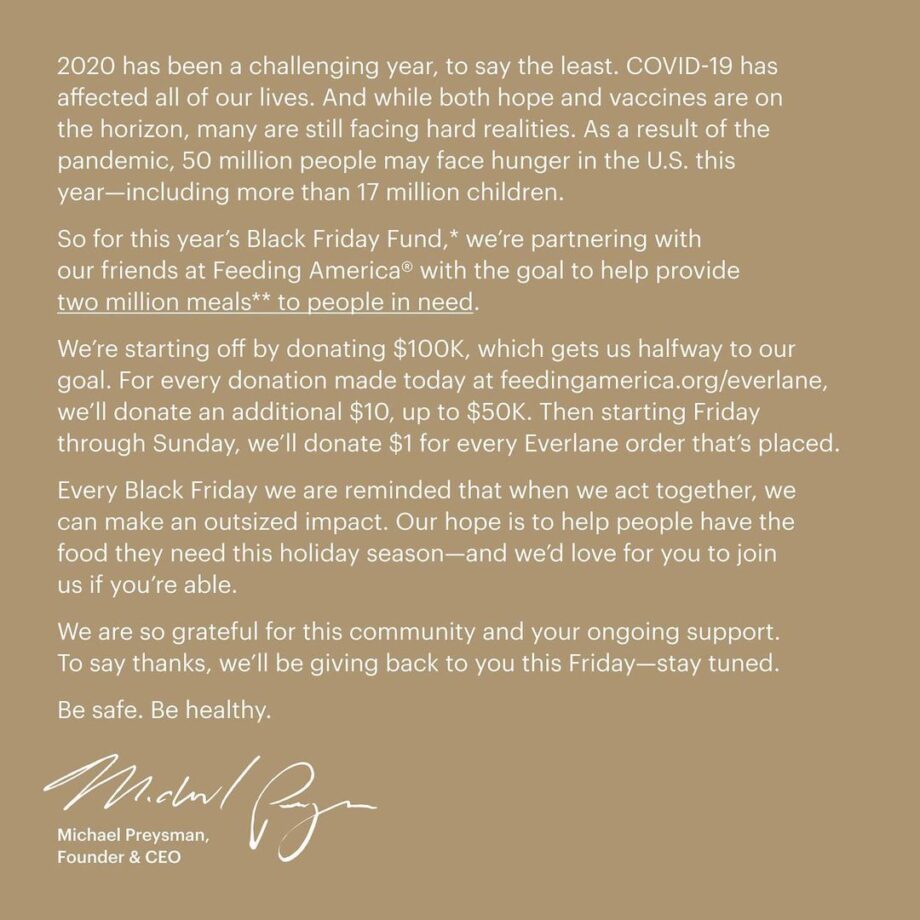 The sustainable, eco-friendly online retailer took to Instagram to make the announcement of this year’s Black Friday funding recipient (which has been in operation since 2013) which comes in the wake of the global Covid pandemic, indicating some 50 million Americans, including 17 million children, will face hunger this year because of the effect the pandemic has had.

With Everlane’s clothing and accessories already being incredibly well-priced, we see no reason why the American clothing company won’t be able to achieve its funding target. We’ll bring you the very best Everlane Black Friday deals as soon as they’re announced.