We’re going to hit Australians right in the nostalgic feels with this latest car article, as it relates not only to a piece of quirky automotive history but a memorable advert from the 90s as well. Yes, today it’s all about the Goggomobil. Specifically, this 1957 Goggomobil TS300 Coupé, available on Carsales right now.

This sweet and innocent-looking car was manufactured between 1955 and 1969 under the ownership of the now-defunct Hans Glans GmbH. The company was bought by BMW in 1966 so that it could own its patents, as Glas was the first company to use a timing belt with an overhead camshaft in the automotive space. 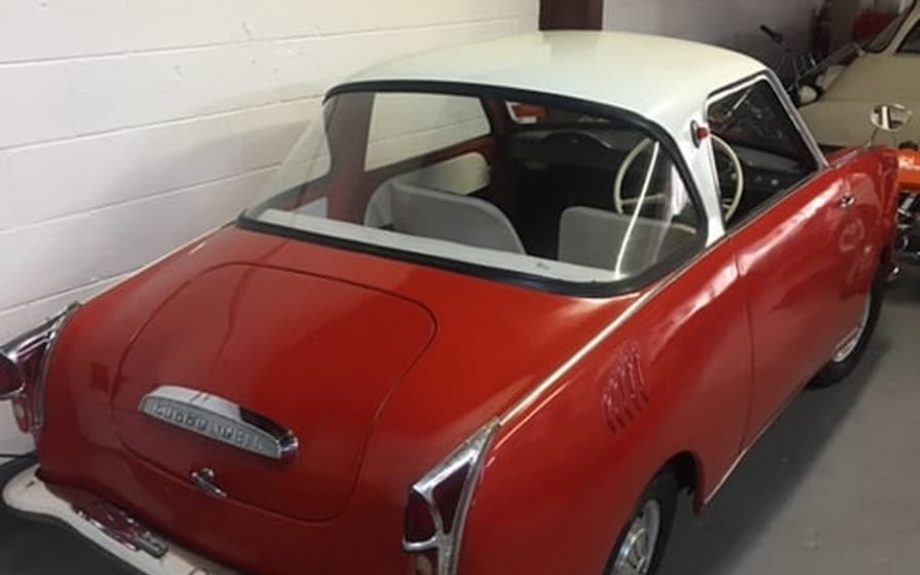 Glas produced other cars besides the Goggomobil, and even enlisted the design services of Pietro Frua – who designed the Maserati Mistral – for the 1700GT. The company wasn’t able to compete with emerging competition from the UK and eventually succumbed to BMW’s takeover.

But we digress, back to the Goggomobil. It was released in three variations, the T Sedan, TS Coupé and TL Van. The engine in all three variations was mounted behind the rear wheels – so it’s essentially an early Porsche 911 – and it rocked independent suspension all round using coil springs with swing axles.

The model on sale here is the TS300 Coupé which rolled off the production line in 1957. TS250 and TS400 Coupés were also built, with the number reflecting the rough engine size in cubic centimetres. A total of 66,511 Coupés were built. One of the interesting style choices for the TS300 was rear-hinged suicide doors, so you could step in and out of it with elegance and class (and made it just like a Rolls-Royce). 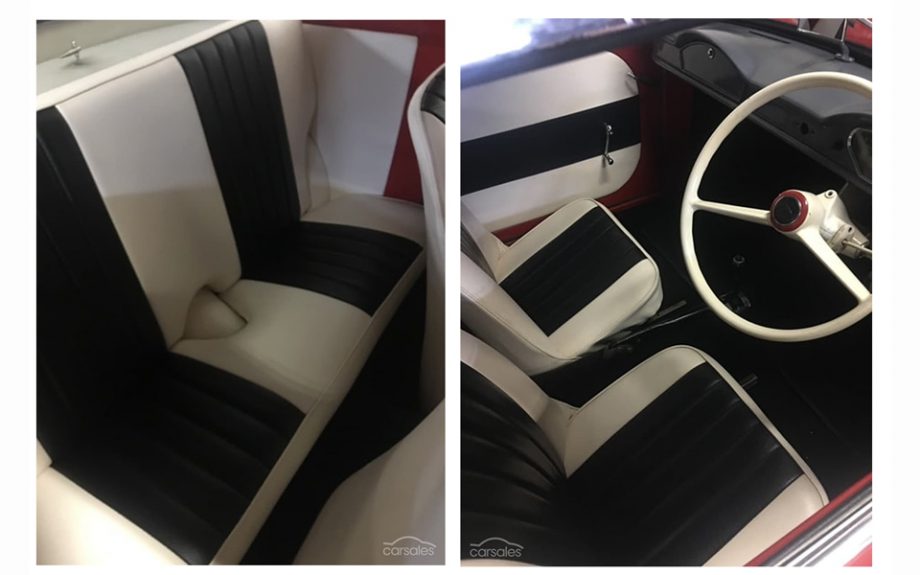 The Goggomobil didn’t exactly ‘go-go’ when it came to speed, however, as the 298cc engine delivered 15hp for a top speed of 85 km/h (53mph) – although British magazine The Motor managed to get 59.2mph out of it during testing, but took 27.9 seconds to reach 50mph. At least you won’t have to worry about ever receiving a speeding fine. But speed isn’t the aim of the game with the Goggomobil, it’s a classic to be appreciated.

There’s a good chance you’ll remember the Goggomobil from a Yellow Pages advert broadcast in the 90s in which Scottish-born Australian stage actor Tommy Dysart had to relentlessly ring around several mechanics to find someone to help fix his Goggomobil. He famously spelt out the car’s name “G O, G G O”. Eventually, someone on the other end of the line asked if he was talking about the Dart, but he wasn’t.

The Goggomobil Dart was an open-top two-seater sports car developed and built in Sydney, Australia from 1959 to 1961 by Buckle Motors Pty Ltd. It was based on the same chassis as the regular Goggomobil but featured a fibreglass body instead of the steel used in the German-produced models. Approximately 700 Darts were ever produced.

This Goggomobil for sale in Sydney is the only one currently available on the entire Carsales network, so it could be your only chance for some time to own an iconic piece of history. And for $28,899 it’s most-definitely affordable. Head to Carsales now to enquire.