Jane Austen said, “It is a truth universally acknowledged, that a single man in possession of a good fortune, must be in want of a wife.”

We say it’s a truth universally acknowledged that a single man is drowning in crappy dating advice that will never find him a wife (or, ahem, whatever he might be looking for).

Cosmo says women want one thing. Pickup artists say women want another. Science says it might be vegetables, or drinking, or beards, or money, or guys who aren’t too good-looking.

We’re confused just thinking about it.

You could argue that all those angles are needed because every woman is different, and you wouldn’t be wrong. There’s no magic bullet that will work with every woman, every time. However, despite those differences, there are certain traits that are as universally attractive as it’s possible to be. And the good news is that they can be developed.

Here are 10 things men can do to be more attractive to women. 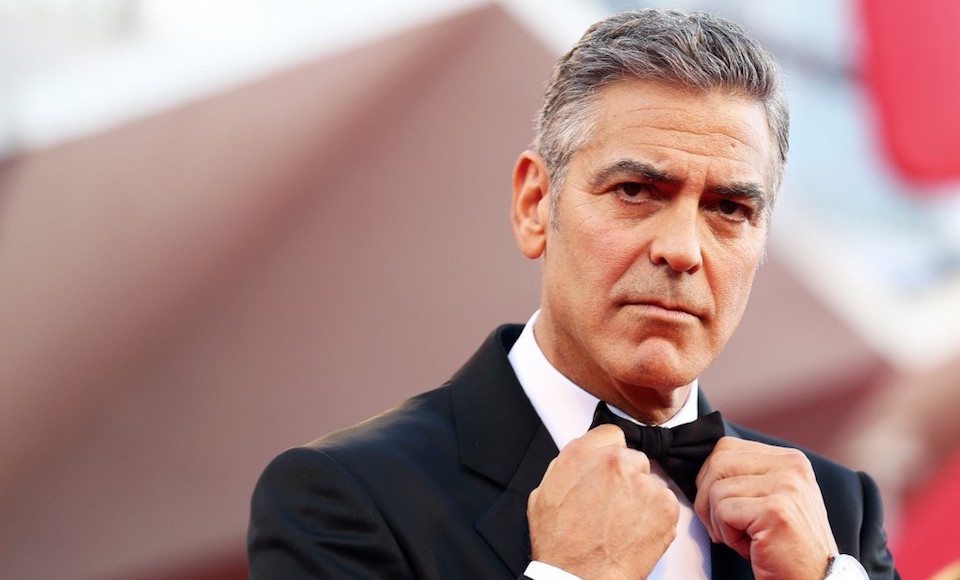 It’s also the #1 tool in your attraction toolkit. A confident man radiates happiness, assurance and enthusiasm, which naturally draws attractive women to him. If you don’t feel confident yet, fake it ‘til you make it – just make sure you don’t overdo it and cross into pompous ass territory. 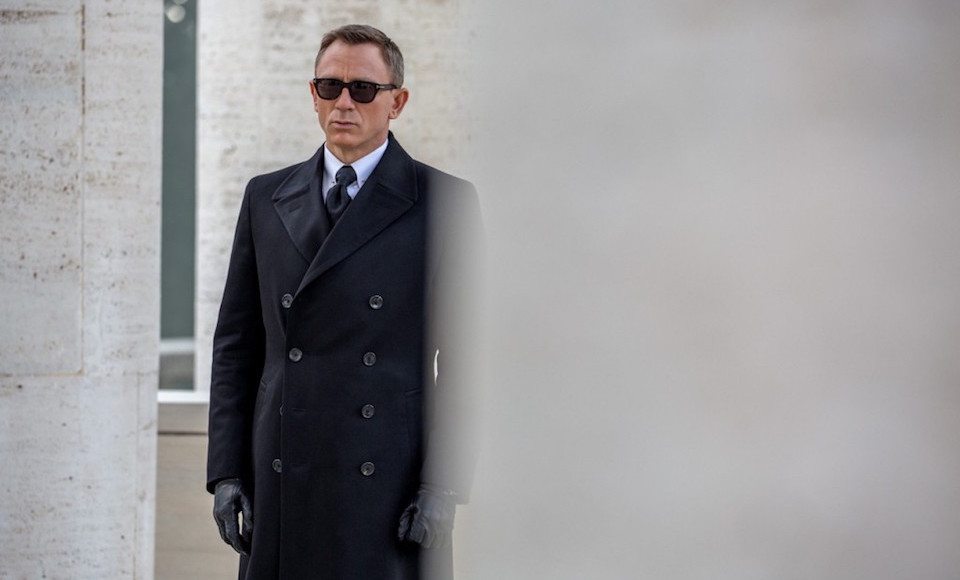 Pilot a submersible Lotus Esprit! Bungee jump off a dam! Wear a seagull-topped scuba suit! Kidding, but do take a cue from the superspy’s infamous air of mystery. Getting to know someone new is one of the best parts of dating, so don’t rush it. Take your time with the discovery process. Building rapport should be a constant push-pull process. Give a little so the connection builds, then hold something back. Wash, rinse, repeat. You’ll keep her intrigued and won’t come off as clingy or needy. 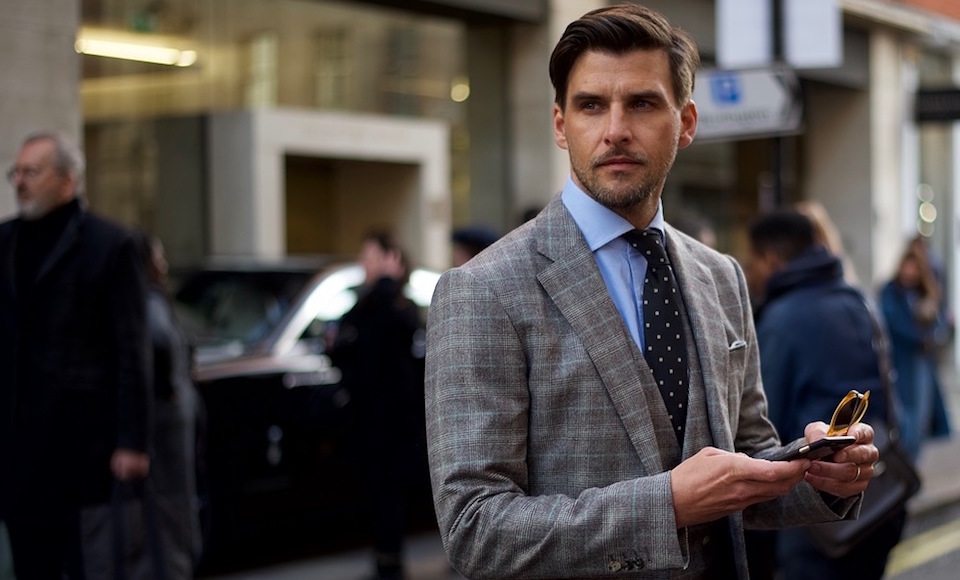 You’re selling yourself short if you think looks are the only thing that matters, but you’re kidding yourself if you think they don’t matter at all. Taking pride in your appearance is not about trying to be Beckham or Brad – it’s about honing your personal style and looking like the best possible version of yourself. Dress like you give a shit, maintain good hygiene, hit the gym, eat clean, spruce up the man cave, and don’t go too long between laundry days. If you’re overwhelmed by how to do it all, we know someone who could help you figure it out.

RELATED: Here’s What To Wear On A First Date 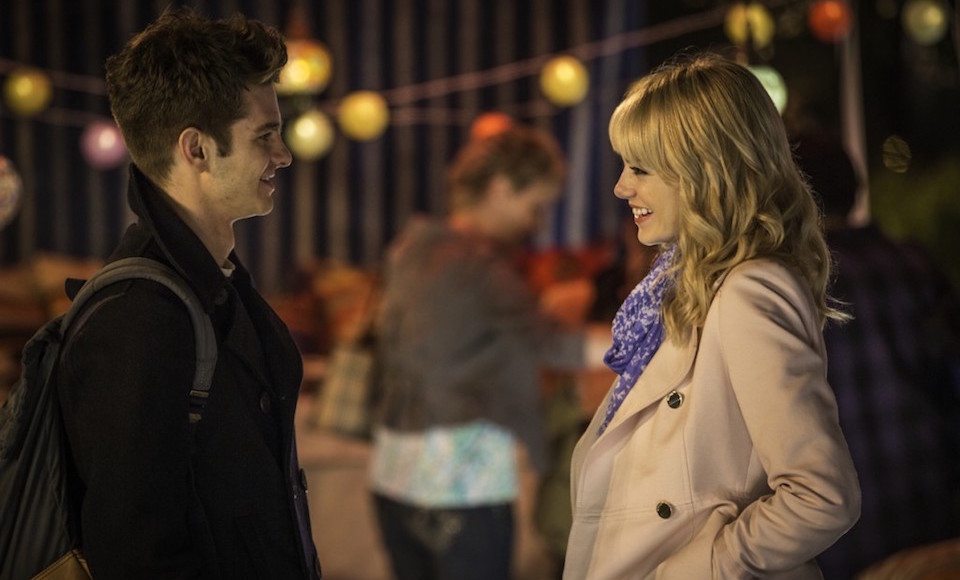 Attempt to remember a time before emojis, when humans used words longer than LOL to communicate. At some point you will need to say more than [eggplant emoji] to a woman you’re interested in, and when that time comes, your charming chatter game had better be on point.

Ask questions, which shows genuine interest in getting to know your date. Steer clear of boring job interview-type queries (What do you do for a living? Where did you go to school?) and questions with yes or no answers. Opt as often as possible for open-ended inquiries that encourage the conversation to continue. If you’re using a dating app, start with an opening line that gives them something to work with. Even “Katy Perry or Taylor Swift?” is better than “Sup?” (or the dreaded unsolicited dick pic). 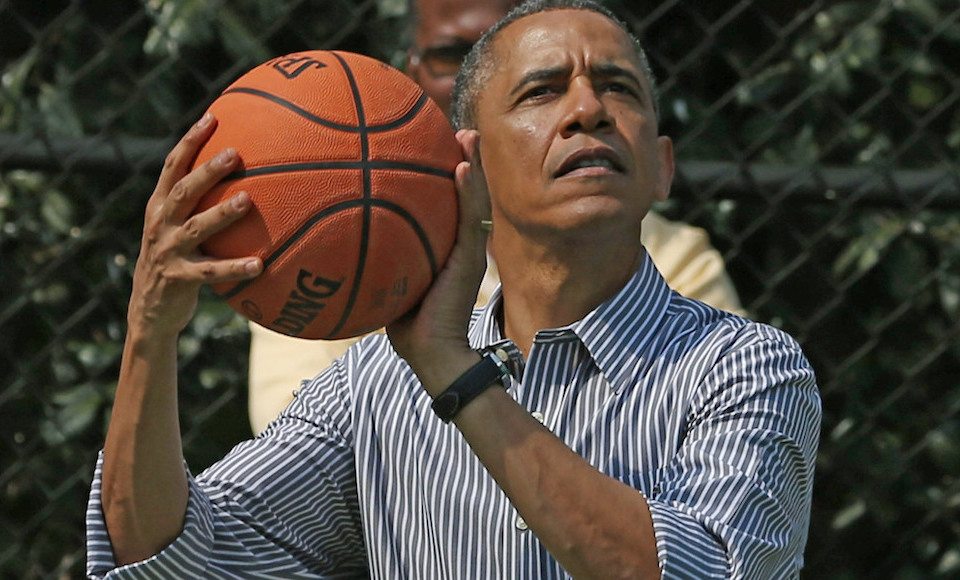 Do you speak a second language? Can you cook? Do you have a pilot’s licence? Can you shred air guitar like a rockstar or tie an orchard’s worth of cherry stems with your tongue? Cultivate your interests, whatever they are. Women love it when you can do or speak about something with knowledge and enthusiasm, even if they have no idea what the hell you’re going on about.

There’s just something about passion… it’s undeniably sexy, even if it’s not a passion you share. Besides, why wouldn’t you want to do things that make you a more interesting, fulfilled, magnificent bastard? 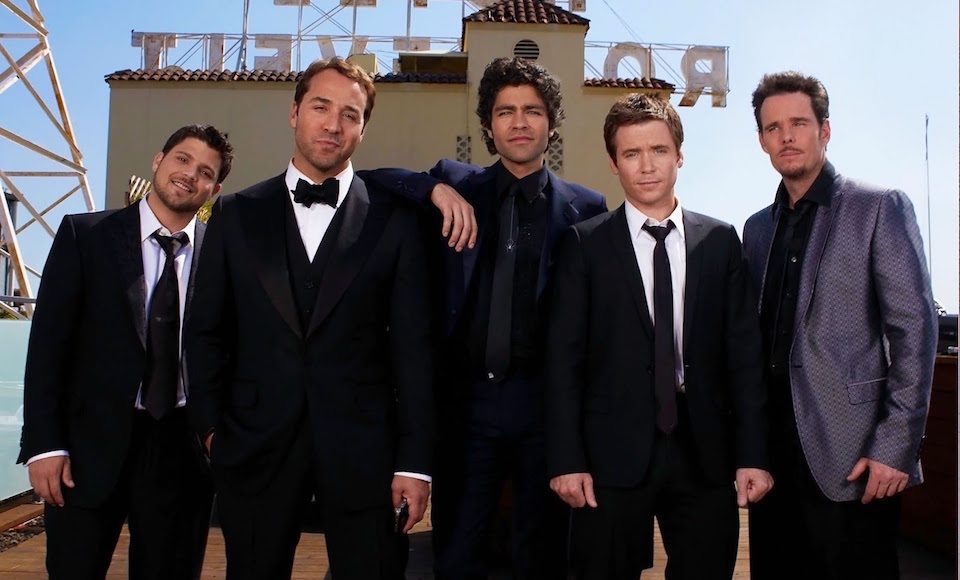 Hanging with a handsome squad can boost your own attractiveness. How I Met Your Mother‘s Barney Stinson dubbed it ‘the cheerleader effect’ and research confirms it’s real – people perceive individuals as more attractive when they are with a group, because viewing faces together essentially averages out their unattractive idiosyncrasies.

You may want to get even more creative with your entourage. Studies have found that men with babies and dogs are seen as more attractive by women. The same goes for guitars, if you like your entourage inanimate. 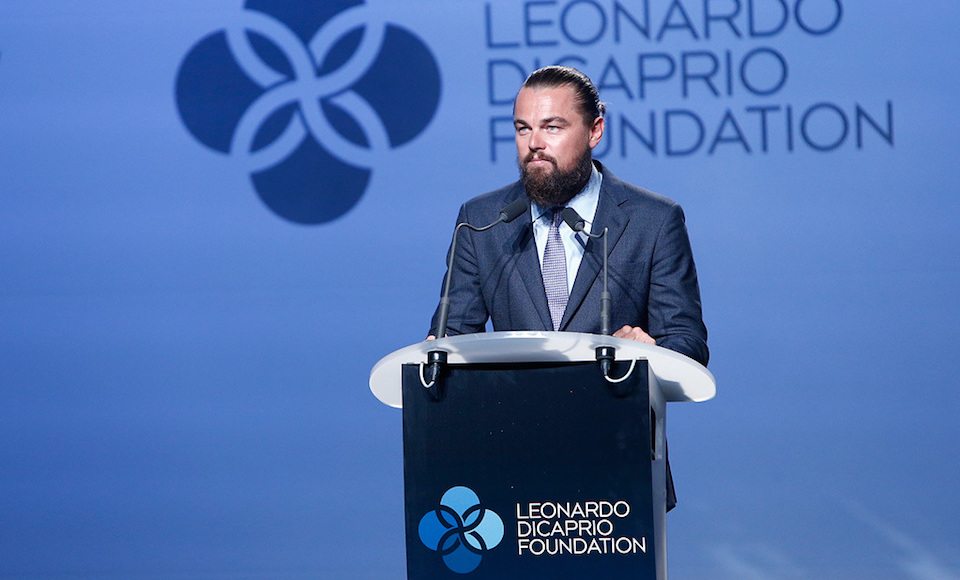 Generosity is so hot right now. A study from Cornell University found that women are more attracted to men whose dating profiles show selfless traits, like volunteering at a food bank, for both single dates and long-term relationships. Altruism shows concern for others and signals good character – two checks in the “yes” column for your dateability.

Embrace Your Yin And Yang 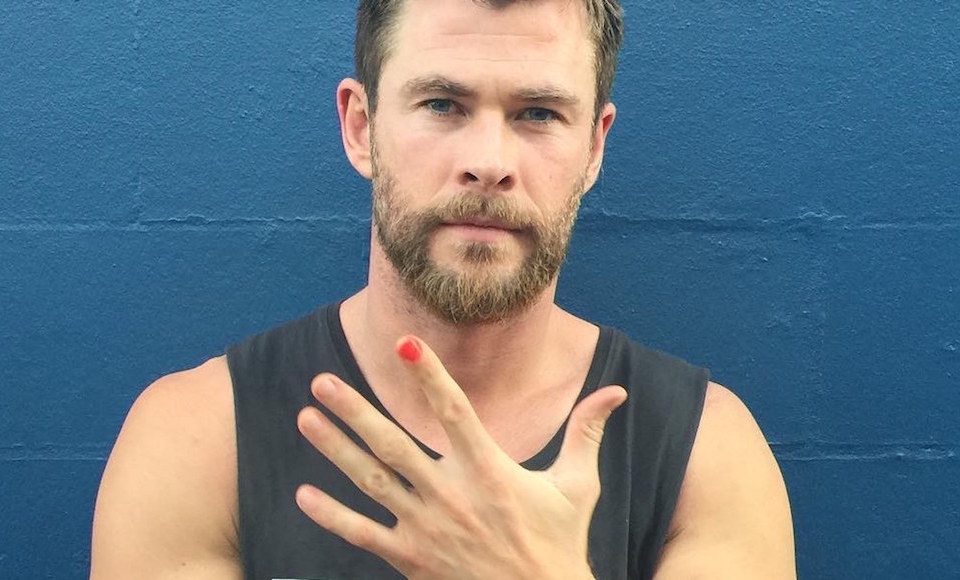 Masculinity is a hotly-debated subject in the 21st century. Are women looking for modern, sensitive guys who embrace their feminine side? Or are they yearning for the rough-and-tumble cavemen types of yore? We say, why not both? Tap into both your yin and yang for ultimate, 360-degree sexiness.

Researchers at University of Alaska Anchorage discovered that women found men more attractive if they took part in “hunter-gatherer” risks (meaning challenges similar to those faced by our ancestors, like handling fire, climbing rocks, and wrangling dangerous animals). On the flip side, women also find men more desirable when they’re willing to be vulnerable and talk about their emotions (not to mention that the ability to cultivate intimacy is critical for relationships).

Hit Them With Your Best Shots 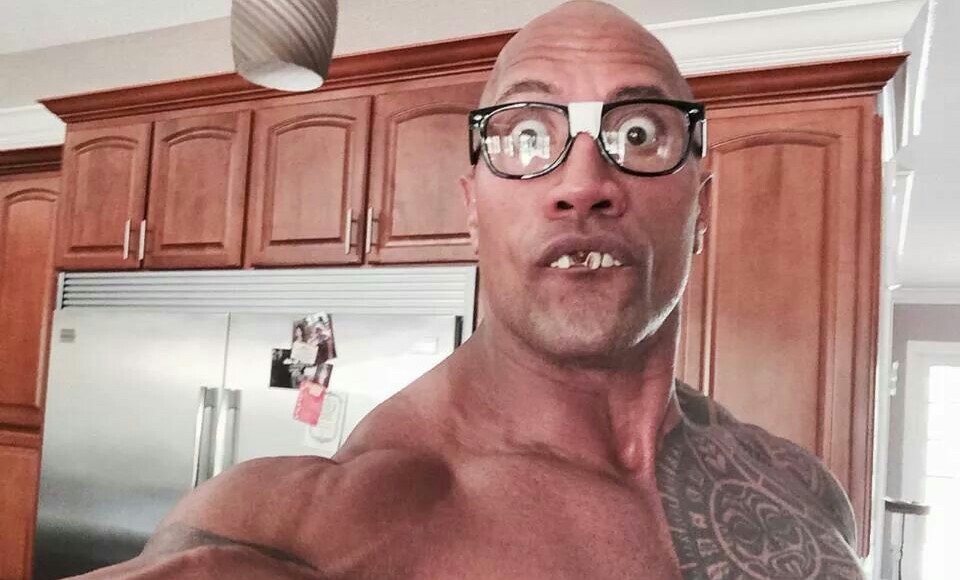 Your photo game must be ace if you want to be a dating app stud. A study by Zoosk found that male users who used non-selfie profile pictures taken outdoors had a 19 percent increase in messages (bonus points if you’re surfing, which Wired found to be the sexiest activity for men to partake in). Channel your inner Dos Equis guy with shots that make you look interesting. Skip the headless torso flexing in front of a bathroom mirror in favour of snaps that paint an enticing picture of an active, well-rounded life – sports, travel, cooking, etc. Go easy on the selfies, which received 8 percent fewer messages in a Zoosk.com survey.

RELATED: Study Finds Selfies Aren’t As Attractive As You Think 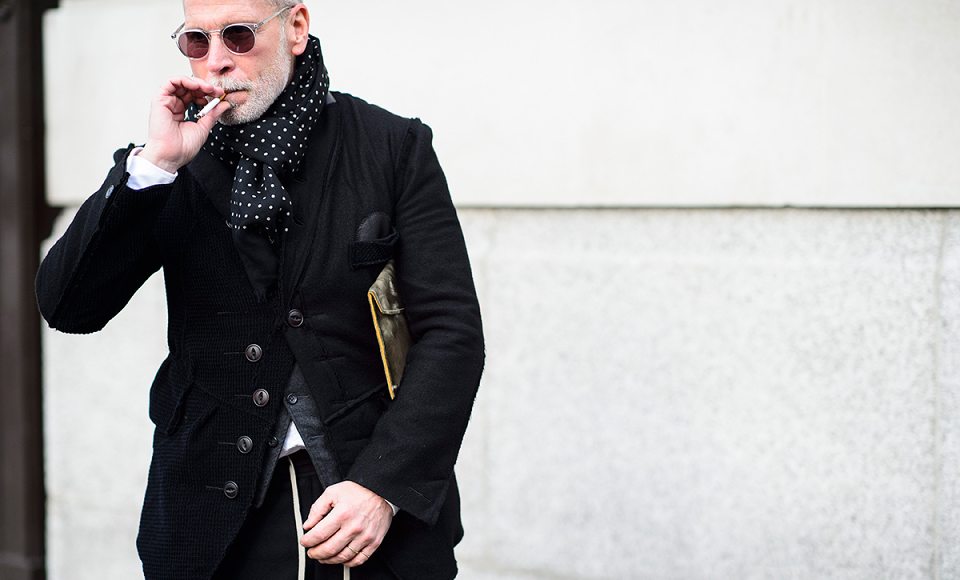 Be the man you’d want your mother/sister/daughter/son/whatever to date. Value honesty, loyalty, kindness, passion, humility, courage, discipline, and balance. Live with integrity. In other words, be a man of character. The rest will come.

It’s a mindset, a way of life.

Tricks and tactics can be great for getting you to take action, but ultimately they’re just the vehicle by which you will travel down the path of confidence. Get out there and approach women, make the effort, talk to that cutie in the supermarket. Just say hello. It really is one of the most natural and simplest things on the planet – a man to attract, and to be attracted to, a woman. Become the best man that you can be. Work on creating a life that you’re happy to wake up to, while at the same time working on your dating skills.

Get out of your comfort zone. This will lead to one inevitability – you will be more attractive to not only women, but to everyone.