Yesterday evening Kanye West & Kim Kardashian stepped out in a rare appearance at the 2019 WSJ Magazine Innovators Awards. This year the awards celebrated eight visionaries at the newly reopened Museum of Modern Art in New York City. The event was a star-studded affair with the likes of Tyler, The Creator, Julianne Moore and Eddie Murphy also in attendance.

It would not be an evening with Kim and Kayne without the couple causing a shit storm in the fashion stakes. The pair were dressed in matching navy blue ensembles. Kim even dared to present an award wearing navy leather chaps. Yes, you heard it here first: chaps are back. Chaps are even back for the chaps.

More importantly, Kanye once again proved what an innovator he is both in music and fashion. He opted to take a classic navy (AU$3,100) Burberry suit and remix it in a way only Kanye knows how. His suit was paired with a navy roll neck and gold chain, which – by today’s standards – is relatively normal. Unfortunately, however, we can’t say the same for his footwear. 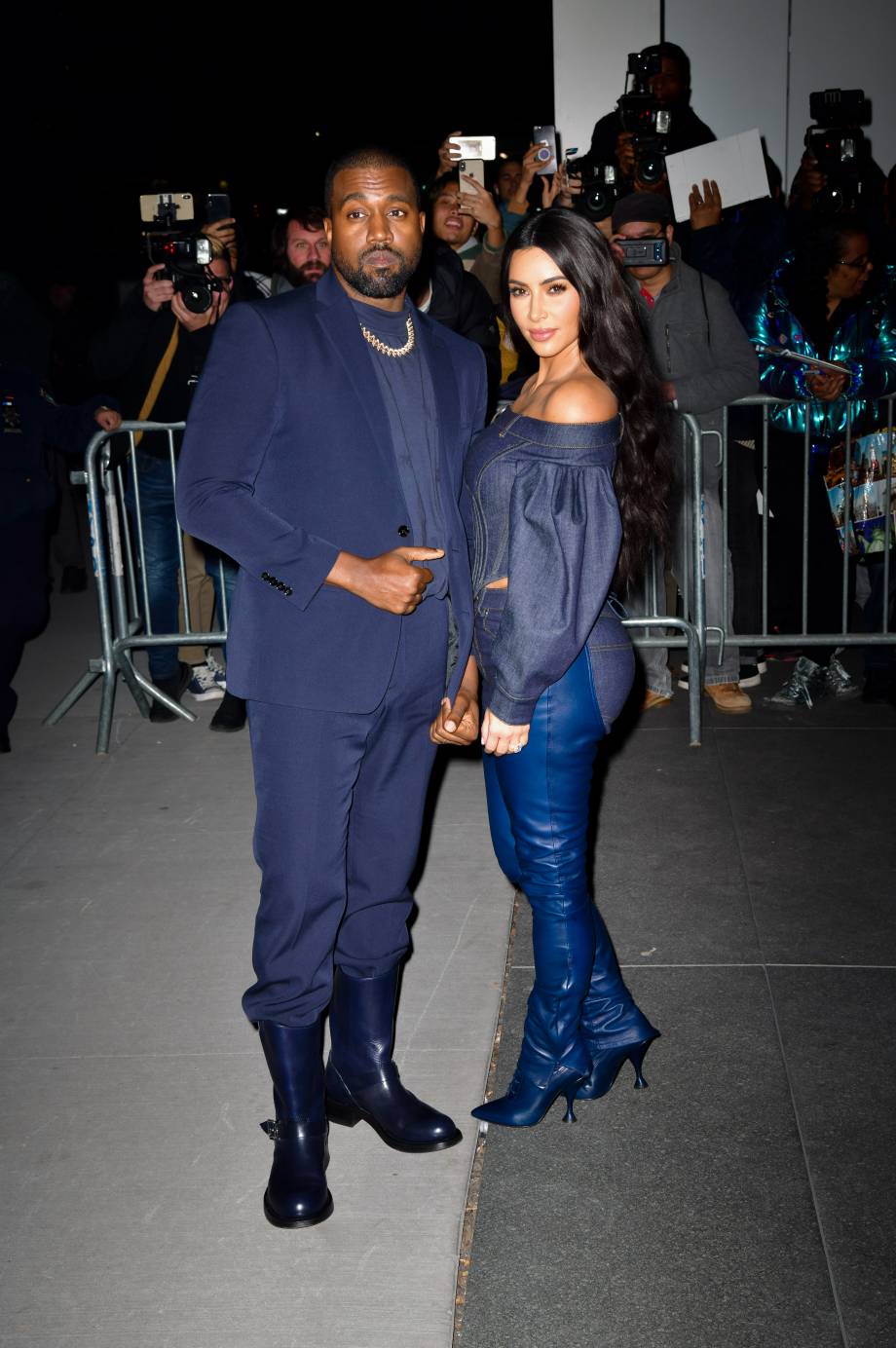 Blue wellington boots (galoshes) were his ‘shoes’ of choice. A sin topped only by his decision to tuck the trousers into the boots. A move of pure (evil) genius, the only logical conclusion of which is that – after the event – Kanye ducked off to his farm in upstate NYC to tend to his chickens and cows…

That said, Kanye’s outlandish ‘foot hosiery’ is somewhat redeemed when you remember that both his suit and his boots are made by Burberry which – despite being a luxury fashion house – is known for its British outerwear.

In any case, those who enjoy fashion flirtation will no doubt appreciate Kanye’s “can’t tell me nothing” style. Just remember, unless you have a Grammy and $240 million to your name, one slip up means you will look like a clown rather than a visionary.

But hey: you’ll never know until you try.