Top of the town.

Whisky. It is, proudly and undoubtedly, one helluva drink. A drink steeped in rich history – believed to have roots spanning as far back as the 11th century when the art of distillation spread to parts of Ireland and Scotland.

It’s a drink that’s broken laws and fed revolutions, been used in religious ceremonies and as currency. From being made illegally in the dead of night during the 18th century so that Scottish distilleries could hide from the English taxman – hence its nickname “moonshine” – it has now spread to every corner of the globe.

So, it’s a magnificent drop and no arguments, and what a great drink needs is a great place to enjoy it, to savour it. Whether it’s with a bunch of mates after work, or on your own with a cigar, a classic novel and some moody lighting.

So, Melbourne, here are our picks for the best place to appreciate your next dram of – what’s known in Gaelic as – uisgebeatha. The water of life. 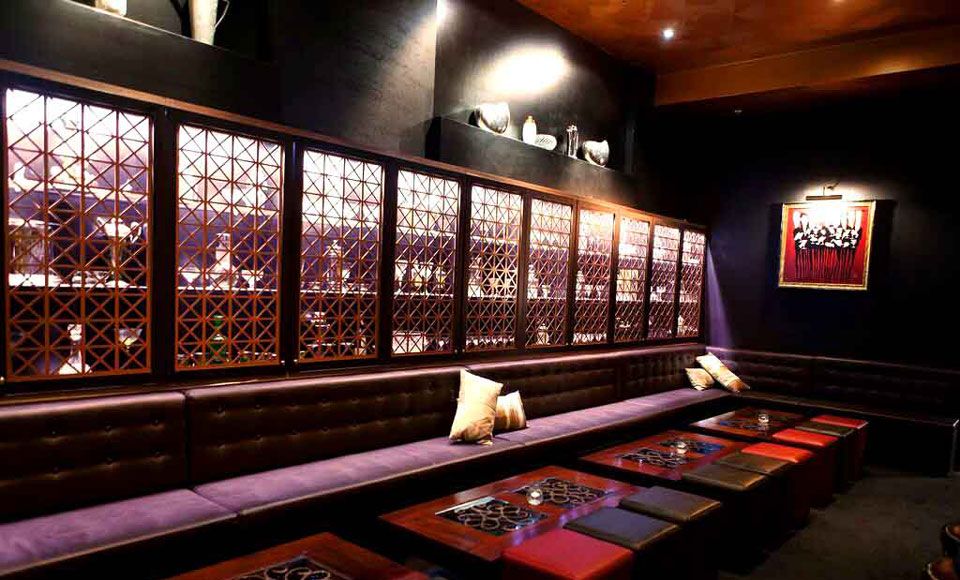 There’s no epoch that is quite so synonymous with the mass imbibing of whisky (or whiskey, if you’re that way inclined) than the 1920’s, and the era of prohibition in America. With that in mind, pull up and stool or slide into a booth, and enjoy a drink at the Eau de Vie. Now, the chic cocktail lounge requires a paragraph of its very own – grab a Smokey Rob Roy made with Talisker and Lagavulin if you want to experience what it must be like to drink the spirit of a luxury Scottish cabin caught in a forest-fire – but it’s the Whiskey Room that concerns us now. The Whiskey Room, hidden away behind a bookcase, where the more top-shelf nectar is kept. It’s also where you can purchase a bottle of your favourite tipple and store it in its very own locker for when you’re next passing. 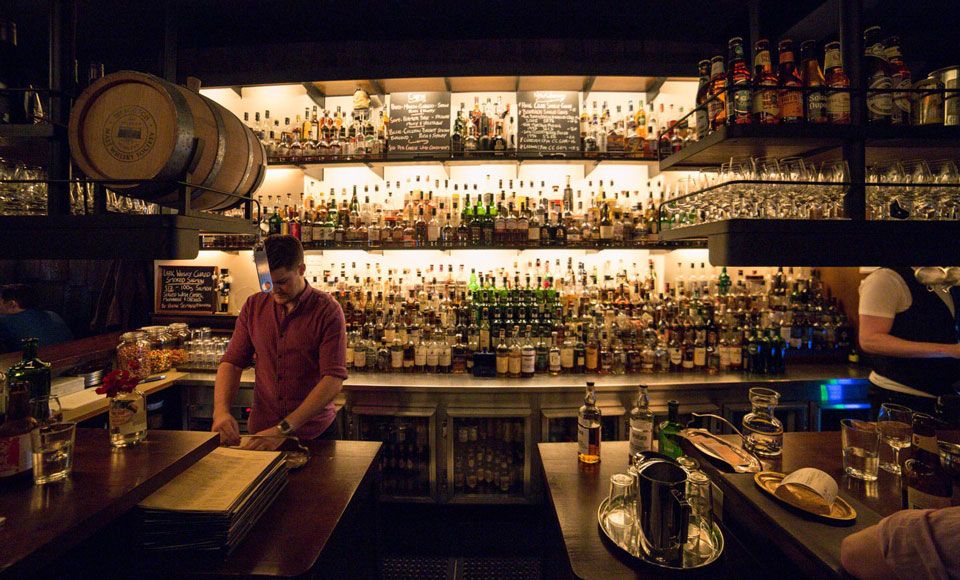 Yes, this is of course on the list of Melbourne whiskey bars. In fact, many whisky aficionados will tell you that this should be on the list of world whisky bars. Don’t take our word (or theirs for that matter) for it though. Just take yourself along, sit yourself down in this bar in the heart of the city, and have a drink. The dimly lit and intimate interior is perfectly masculine without being at all intimidatingly so. The staff are knowledgeable and passionate and eager to nudge a novice into full-blown whisky-mania. And the whisky? Well, the whisky hails from all over the world; a broad offering that ranges from the classic, to the obscure, to the downright rare. Monthly educational tastings will ensure you’re a connoisseur in no time. 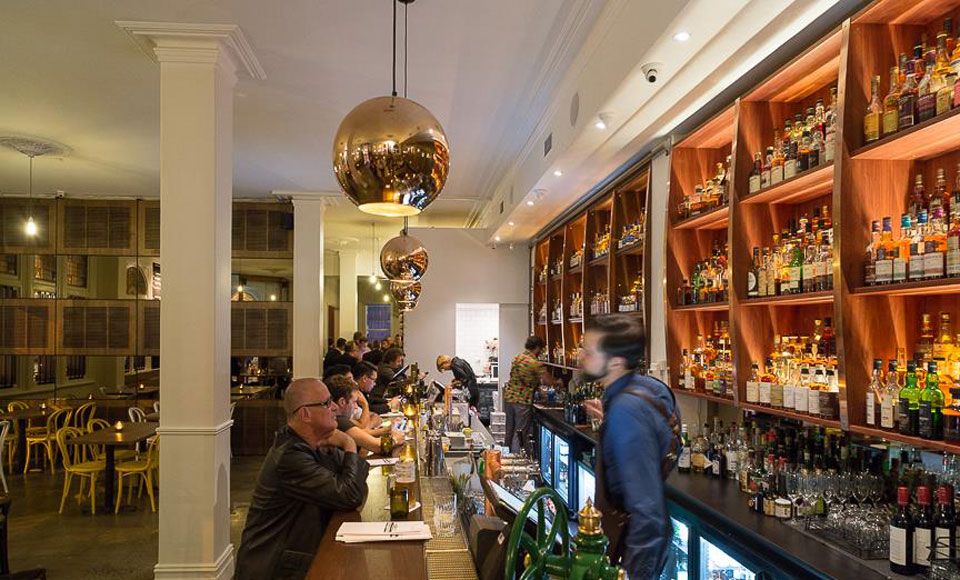 This is the home of serious whisky business. If you want a quick drink followed by dinner, head someplace else, because all you’ll be able to grab here are a bag of chips or a ploughman’s platter – the perfect accompaniment to whisky in any case. Naturally, with over six hundred examples of the sweet fermented grain to try, there are master-classes and tastings available. So, why not class it up and pull up a pew in this fine heritage building, and enjoy the high ceilings and toffee-coloured wood of an iconic Melbourne haunt. 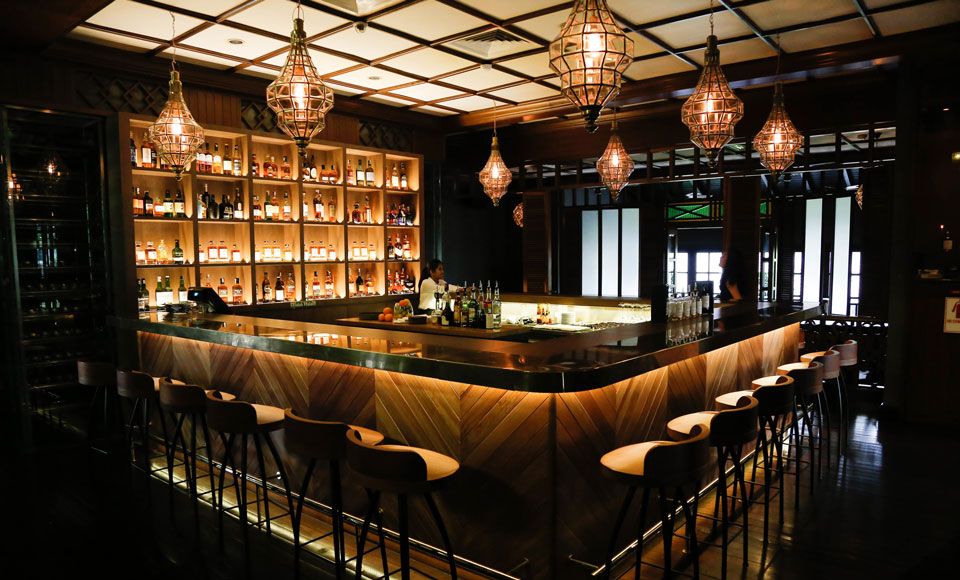 First things first, yes there are six of these bars across the country. Does that make it a chain? We’ve got to admit that maybe it does, but that’s not to say that what you’ll experience at Nant’s doesn’t make the visit worth it. Just sampling the venerated Tasmanian single malt was time well spent for us, and the fact that you can do it in an intimate setting with friendly bar-staff who know their stuff is brilliant. It might feel a bit contrived, but it’s all done with such genuine keenness that you can’t help but love it. It’s like when your mum cunningly sends your birthday present to your house, but addresses it to your partner, or when a mate tries in a half-arsed fashion to knock together a surprise party. It’s an obvious ploy and a bit rubbish, but it’s still good fun and it’s the thought that counts in the end. No shit, Nant, cheese and crackers do go well with fabulous whisky, who would’ve thought! 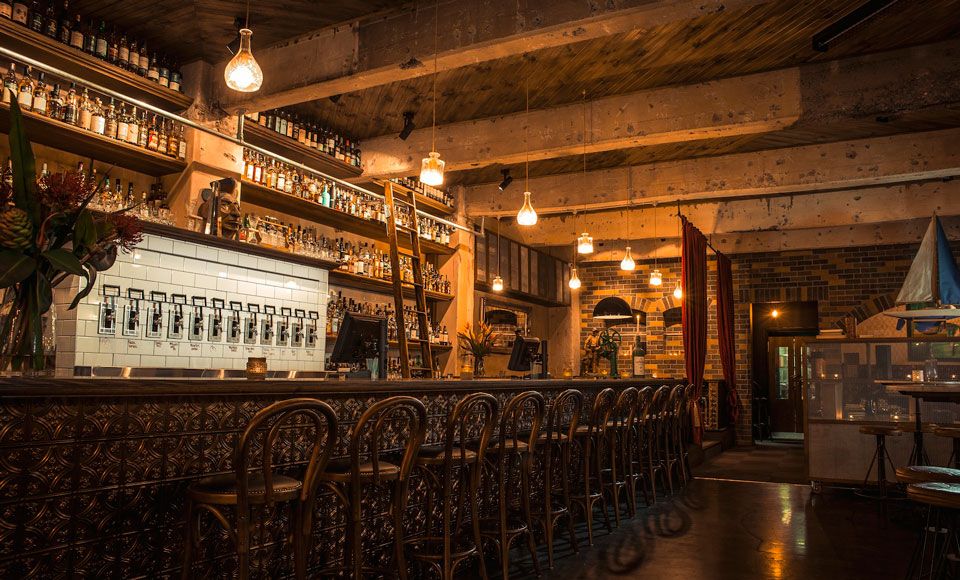 Now, every magnificent bastard worth his salt knows that a boilermaker is a dram of neat whisky that is paired up with a beer chaser. In the American vernacular the shot is dropped into the beer, but we’re a classy bunch, aren’t we chaps? And who in their right minds wants to get beer down their new three-piece suit at the end of a hard week? The Boilermaker House has the art of pairing whisky and beer down to a tee, and what could be more fantastic than paying homage to two of humanities’ greatest creations in one fell swoop? It brings a tear to the eye just thinking about it. How could it be better you ask? How about a dedicated charcuterie and cheese menu, and a selection of over seven hundred whiskies? 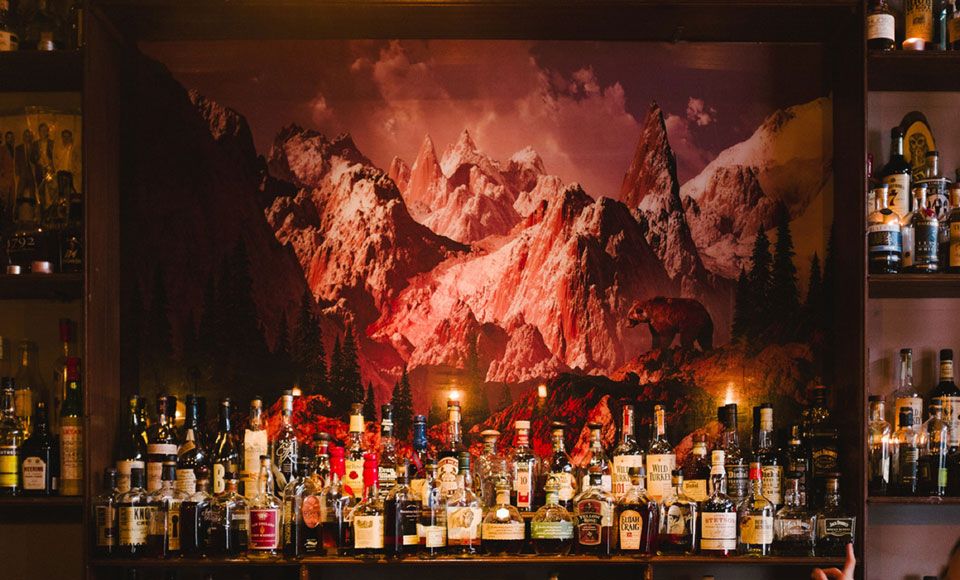 There have been some refined whisky bars on our list, but sometimes you just want to get down and dirty in a dive-bar. And there ain’t no country in the world that does a dive-bar like good old ‘Merica. Yes, there might be some turmoil and clashing of opinions over in the States right now, but what you can’t disagree on is how bloody good it is to wash a plate of deep-fried buffalo wings down with some bourbon and beer. This is a great bar for a lads’ night out, and the selection of over one-hundred American whiskies will sharpen your appetite for the Kodiak’s cheese-stuffed jalapeno bottle-caps. 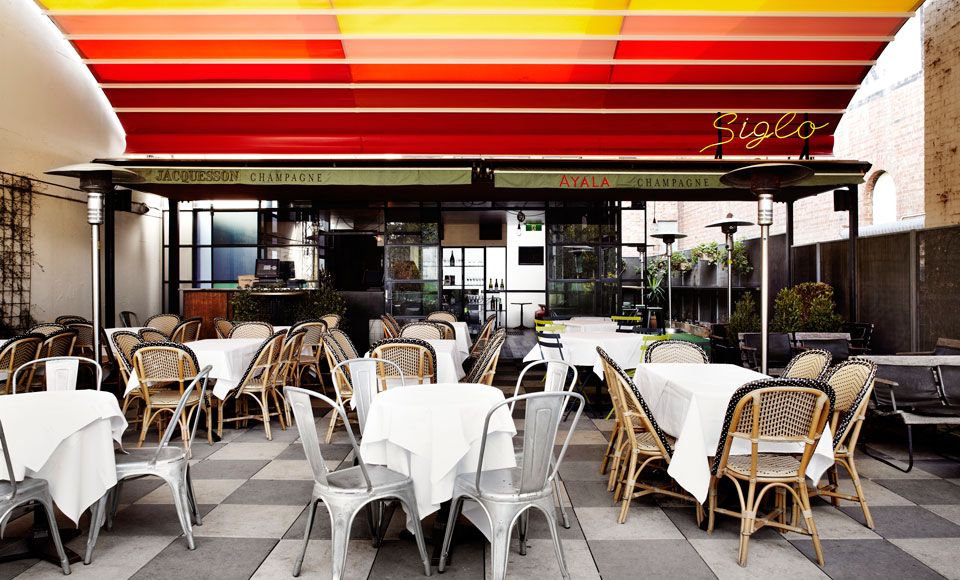 It’s with a bit of European style that we finish our list here. Siglo is just the place we mentioned at the start, where a gentleman can sit with a cigar and glass of fine single malt and ruminate on his day. With Parliament House splendidly lit up across the way, this is an alfresco whisky bar where a man can relax after a stressful day, and ponder… on which one of the plentiful rare varieties of whisky he wants to sip on next. 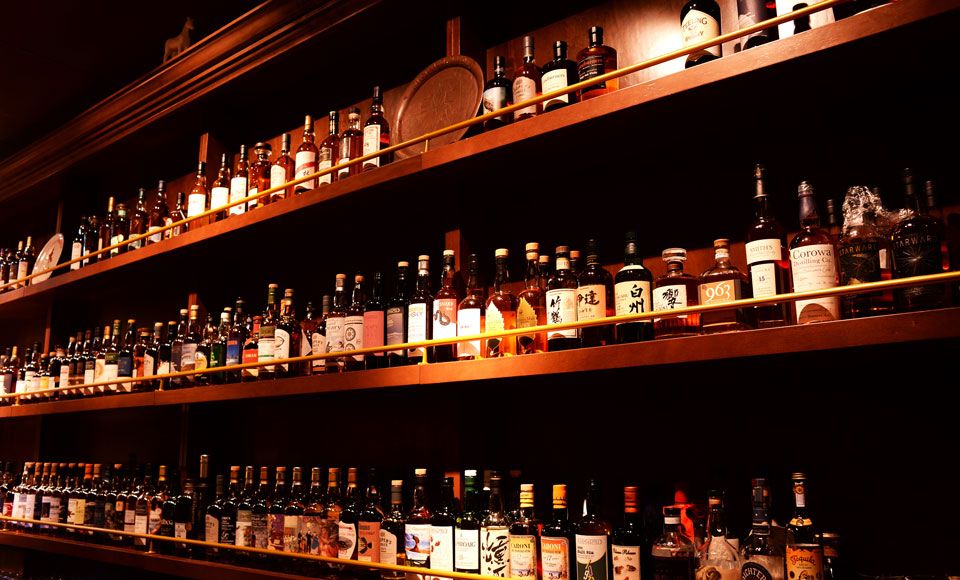 Forget about granddaddy’s whisky collection hidden under the bed for a second. The real action can be found at a cosy little spot called The Elysian Whisky Bar situated at the lower end of Brunswick Street in Fitzroy. True whisky lovers can forego the normal stuff found in bottle shops for over 300 samples of rare and interesting whiskies which give credit to Independent Bottlings from around the world. Complementing this commendable list is the lingering audio of smooth classics and jazz to complete a relaxing night of drinking with friends. And yes, they also offer classic cocktails, wines and a small selection of beers that rotate regularly for those who aren’t feeling the whisky. Blasphemous. 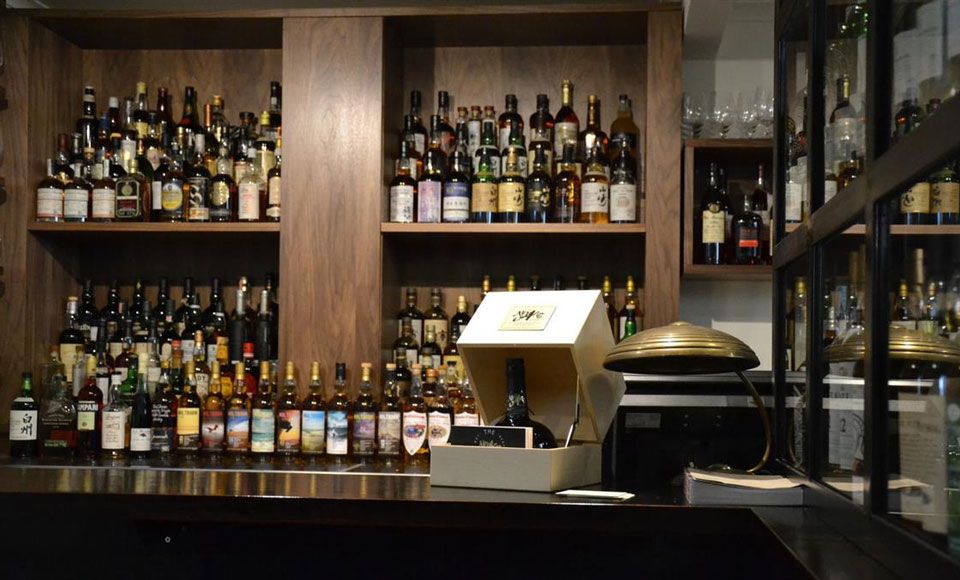 Wait a minute, another whisky bar located at 270 Russell Street? Believe it. The Melbourne Whisky Room is an extension of the aforementioned Whisky & Alement and today it’s the brainchild of Brooke Hayman and Julian White, a Japanese-inspired whisky bar located atop of Whisky & Alement. On the hit list of this distinguished drinking hole are some of the rarest bottles in the world normally reserved for collectors’ circles. It’s a must-visit for those who know and love their whisky.

What is the best way to enjoy whisky?

Experts recommend enjoying whisky at room temperature. To cool it without taking the edge off, try whiskey stones. You get your preferred drinking temperature without diluting the flavors.

What is rye whiskey?

Rye whiskeys must at least be composed of 51% rye mash and distilled to no more than 80 percent alcohol by volume. They are stored in charred new-oak barrels for at least two years.

What is a single malt whisky?

Whisky has three compositions – single malt, gran and blended. A single malt whisky is made exclusively with malted barley, water, and yeast. It is a blend of malt whiskeys produced at one distillery.