Brace yourselves, Mercedes AMG drivers. No really, brace yourself because Drift Mode has been green lit for the Silver Arrows’ latest range of performance cars.

For those not yet in the know, Drift Mode is an AWD feature which can be activated by a button in cars such as the new Ford Focus RS to allow for easier power slides. It works by tweaking the front suspension to a softer setting before sending more torque to the rear wheels (Hint: it doesn’t make you a professional racer).

The driver-focused feature is intended for fun on the track, but that hasn’t stopped overly exuberant drivers from testing it out on public roads to devastating results.

Regardless, it seems Mercedes-Benz’s performance arm wants in on the drifting action which enthusiastic drivers the world over have been raving on about. In an interview with Autocar from the recent Paris Motor Show, Mercedes-Benz specifically singled out their new drift system which will make its debut in the upcoming E63 AMG. The article reported:

The fully variable set-up, which is capable of apportioning up to 100 per cent of drive to the back wheels, has been developed to provide a distinctive rear-wheel drive bias in a move Moers hints will see the new E63 continue to offer power oversteer traits despite the move to four-wheel drive across the model range.

“It is four-wheel drive and we’re going to have a Drift Mode,” Moers revealed to Autocar at the unveiling of the new Mercedes-AMG GT Roadster and GT C Roadster at the Paris motor show.

The 50-year-old AMG chairman confirmed a program included in the E63’s standard electronic stability control system, which provides added torque to the rearward bias of drive to create a slide, will be called Drift Mode.

As most have already indicated, this seems to be an odd move since Mercedes-Benz specifically switched to a complicated all-wheel-drive system from its traditional rear-wheel-drive layout so that it could provide better handling and traction on power. Now it’s trying to re-capture the appeal of a rear-drive vehicle in an all-wheel-drive vehicle.

Confusing? Indeed, but necessary if the AMG name is to keep up with the demands of today’s driving enthusiasts who are continually demanding versatility in their sports cars. The new setup could even work in favour of AMG drivers with a best-of-both-worlds approach providing both traction when its necessary and letting it all hang loose when it’s not.

One thing’s certain; the local authorities will have no issues in attempting to ban it when the new car lands in Australia. 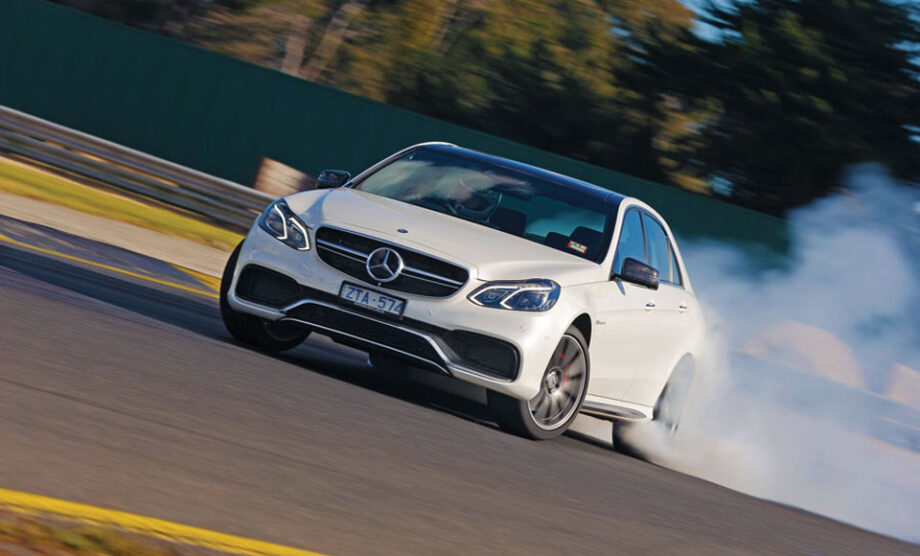