You may not know it, but there is a whole area of psychology devoted to colour. The colours we surround ourselves with can have hidden meanings, and we can often choose them based on unconscious thoughts. What we may simply think is our favourite colour can have a much deeper meaning.

Nick Jonas could have just given away his antics, or rather, lack of antics at home, based on his suit colour of choice at a recent celebrity party. The singer and model attended the Vanity Fair x Amazon Studios party to signify the start of Hollywood Awards season on Saturday 4th of January 2020 wearing a full purple Ermenegildo Zegna suit. 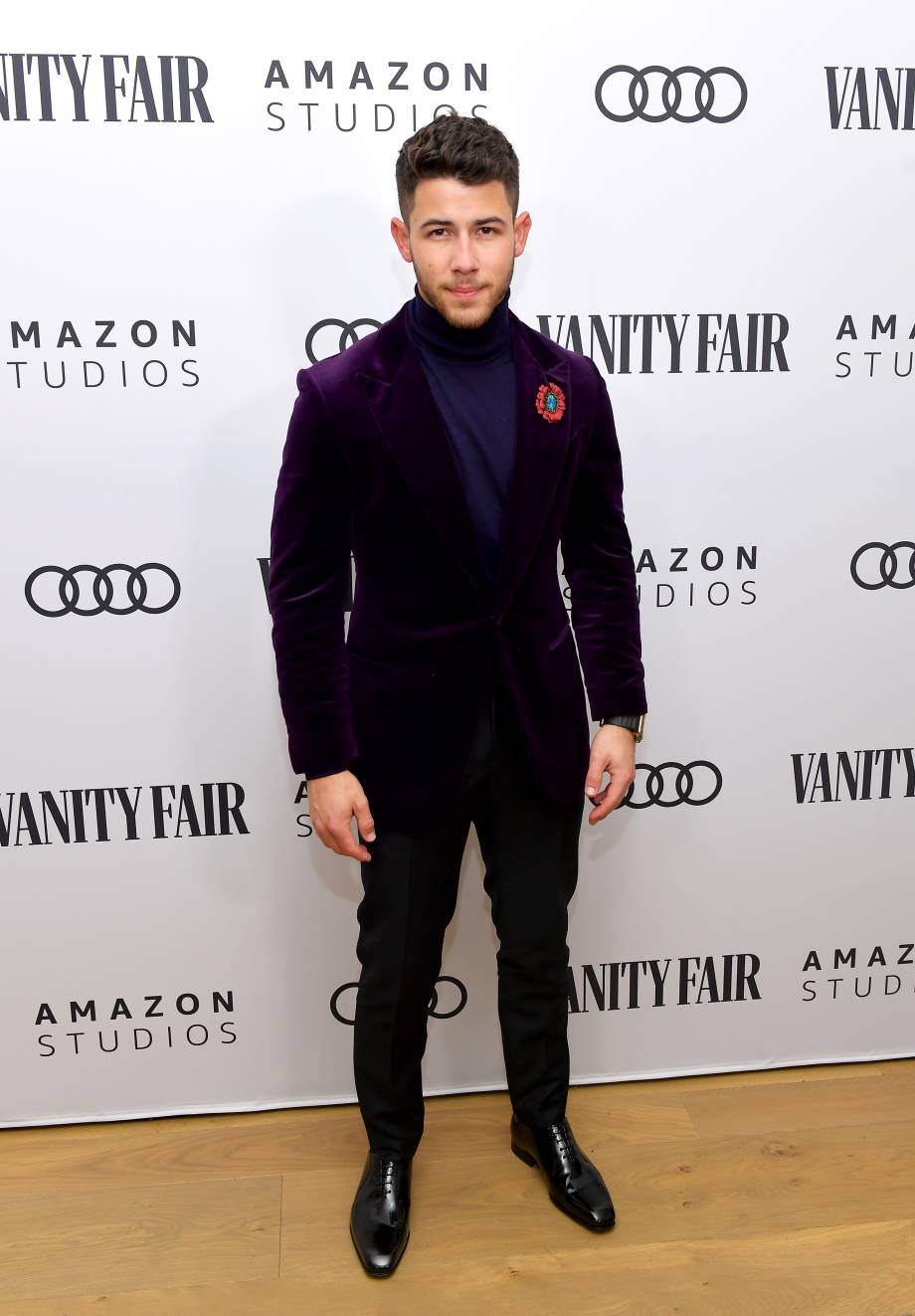 But what the newlywed – who recently celebrated his first anniversary – might not know, is that purple can signify frustration, particularly, sexual frustration. Perhaps the honeymoon phase of the relationship is already over.

Regardless of his personal life, Jonas wears his purple velour suit with matching turtleneck with panache, no easy task as we’re sure you’ll agree, as it’s one of the hardest colours for the modern gent to pull off. John Legend previously showed us how to rock pastel purple during the summer, and now Jonas shows us how to transition into winter.

He teams his suit – which is most likely a custom design, as it’s nowhere to be found on the company’s website – with black Derby shoes and his Richard Mille RM 11-01 ‘Roberto Mancini’ timepiece, that he’s been seen wearing on several previous occasions. The watch, which was designed specifically for the former player turned manager, features Richard Mille’s customary skeletal automatic movement, and an eye-catching neon green crown. It’s not exactly what you could call affordable either, with prices coming in around the US$180,000 mark.

He can sing, he’s easy on the eye, has a beautiful wife and has the unique gift of being able to sport the most tricky of sartorial styles. He could well be the perfect man.