For us, a first-year anniversary gift will usually consist of something like flowers and chocolate or maybe a fancy dinner and a bottle of wine. But when you’re Nick Jonas and you do those things all the time, you get given a new puppy. You then have to walk said puppy and, when you’re Nick Jonas and likely to be papped when out for a stroll, you have to do it in style. 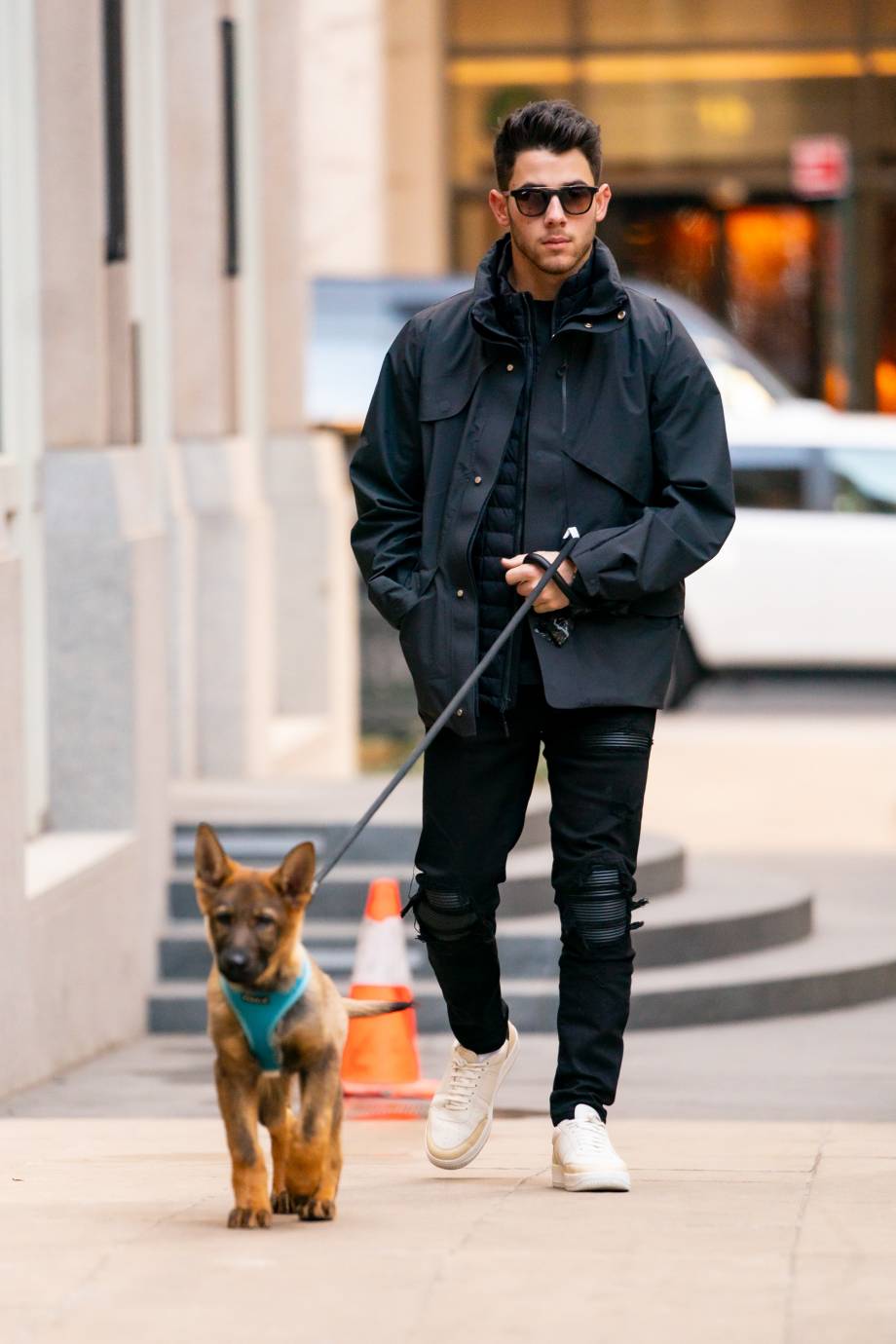 That’s exactly what he did when he took new German Shepherd pup Gino for a walk in New York City on the 1st of December. In a picture similar to one taken of British-American model Emily Ratajkowski a few months ago, Jonas shows us all how to rock dog-walk fashion. And despite having a soft spot for Em Rata, we think Nick looks better.

Sporting a minimal monochrome outfit, Jonas fights the New York chill with a navy blue coat (with an internal puffer lining), a pair of ripped US$1,000 Amiri jeans and a pair of white sneakers that he’ll definitely want to keep away from his dog’s ‘business’. A far more stylish outfit than Em Rata’s figure-hugging blue dress, we think you’ll agree. Pup Gino looks just as stylish with a light blue harness.

The singer – who has recently signed on to be a judge in the forthcoming eighteenth season of The Voice in the US – posted a video of himself being surprised with the puppy from his wife, Indian actress Priyanka Chopra, but has yet to show the world the gift he got her in return.