Is it a leisure suit? Is it a sports blazer combo? Or is it about being a camo cool cat? We’re not sure ourselves so it’s best we tick all of the above. 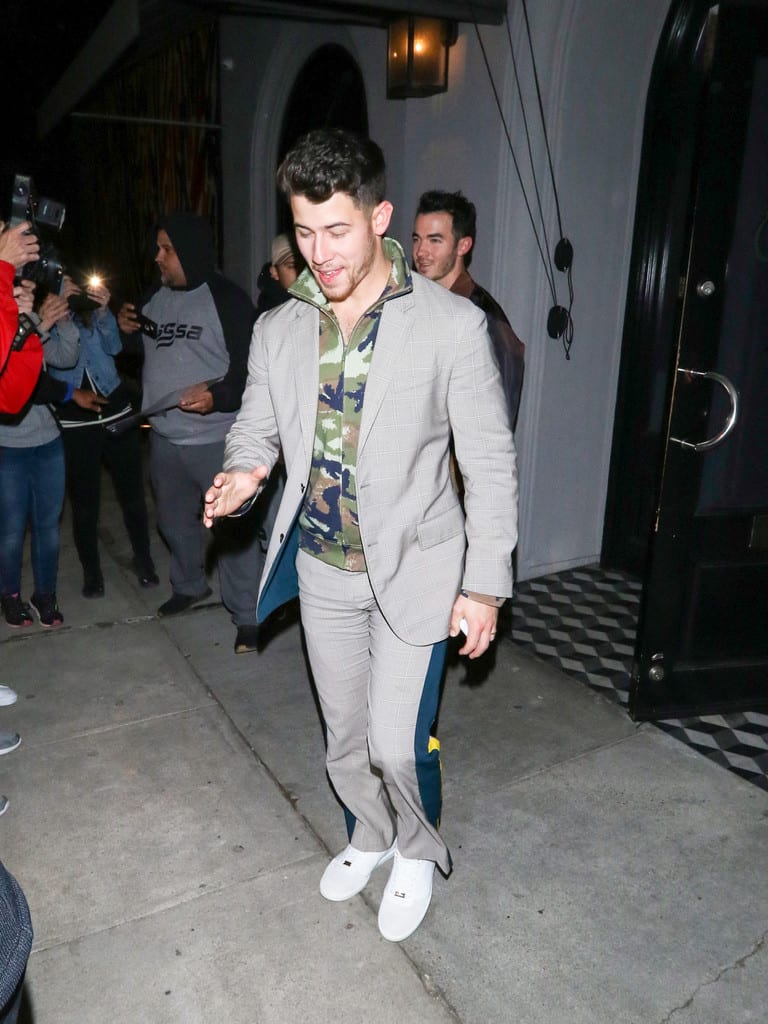 Newly hitched Nick Jonas was spotted overnight in Los Angeles rocking what could only be described as a genre clashing suit that comprised of a 70s aesthetic paired with camo and leisurely vibes. The suit itself features a light grey windowpane check but cast your eyes lower and you’ll notice and oversized teal stripe which flows onto crispy white sneakers. Odd? There’s more. Jonas ditched the traditional collared shirt for a camo zip jacket which really took the look to another level. Usually if a suit is to be worn casually with a winter undergarment, it’ll be a hoodie, sweatshirt or with layers. Somehow Jonas’ choice still worked despite its eclectic appearance. 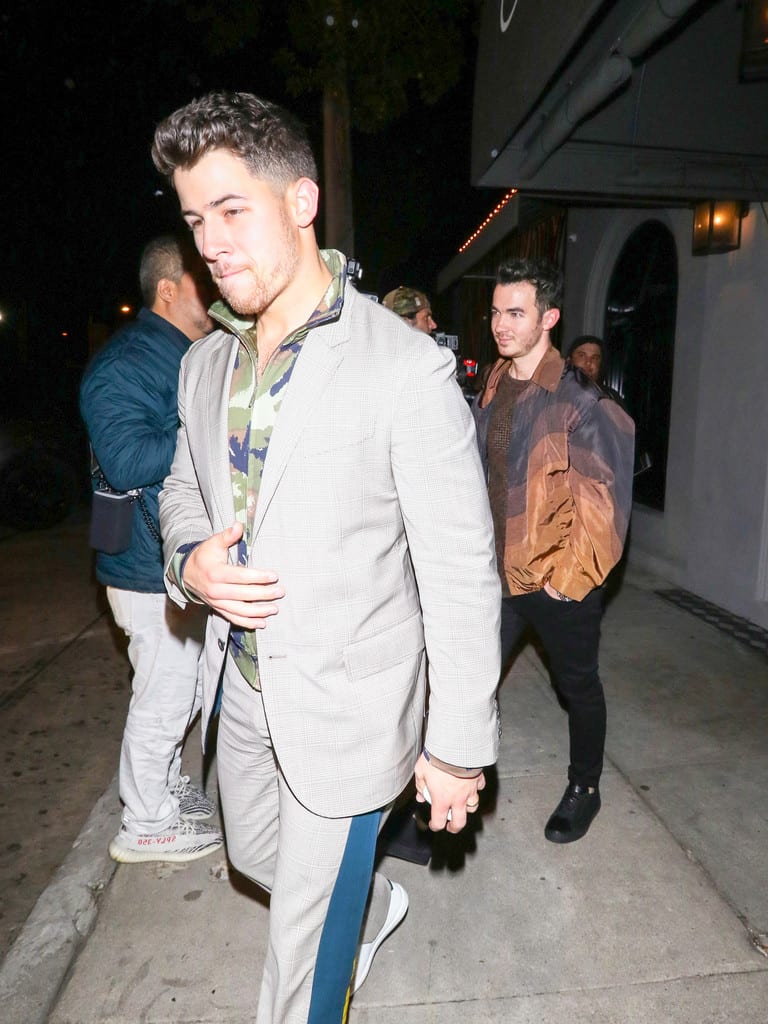 In the past Nick Jonas has done a little experimenting with his colour-matching and urban athleisure style. This looks is probably his most adventurous yet. The question is, would you rock it too? 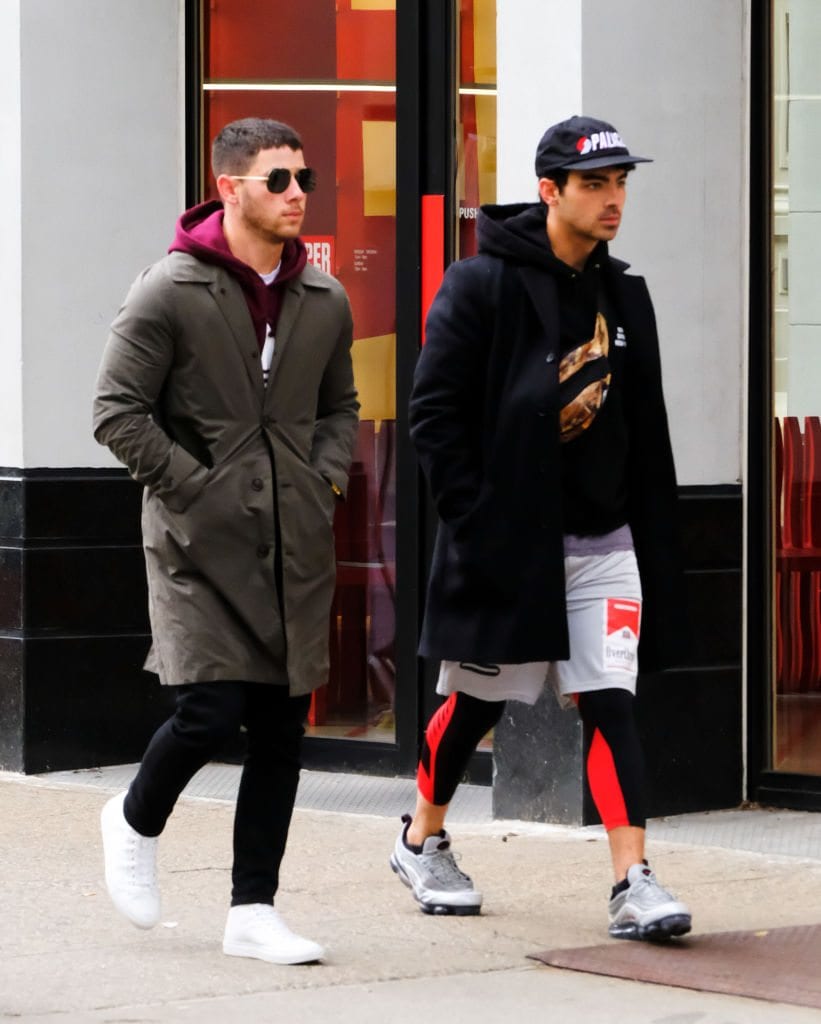 Here’s Jonas last year with his brother. The wardrobe was a bit more low-key back then and it looks like Nick is now a bit more open to experimenting with different styles. 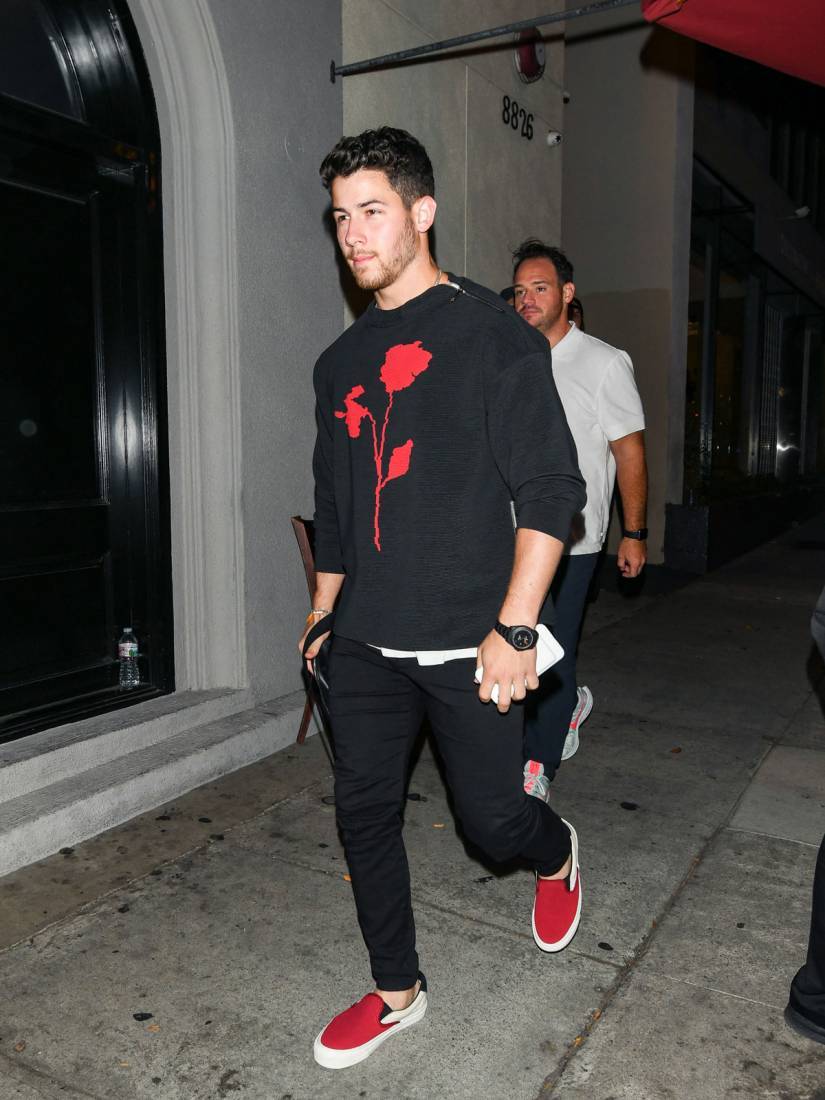 The same goes for his sweater game. Matching red sneakers is as far as this Jonas brother ventured just 12 months ago.