Swiss watchmaker OMEGA is no stranger to partnerships, just take its long-running association with James Bond as an example. But, being responsible for one of the most iconic diver’s watches ever made in the Seamster, the company has an ever deeper partnership with the sea.

Which is why in 2021 it will return as the official timekeeper of the America’s Cup sailing race; the oldest trophy in international sport. OMEGA will take the reigns of timekeeping for the third time in the race’s history (which dates back to 1851). To commemorate the occasion, OMEGA has launched a limited edition watch, appropriately called the Seamaster Planet Ocean 36th America’s Cup Limited Edition. 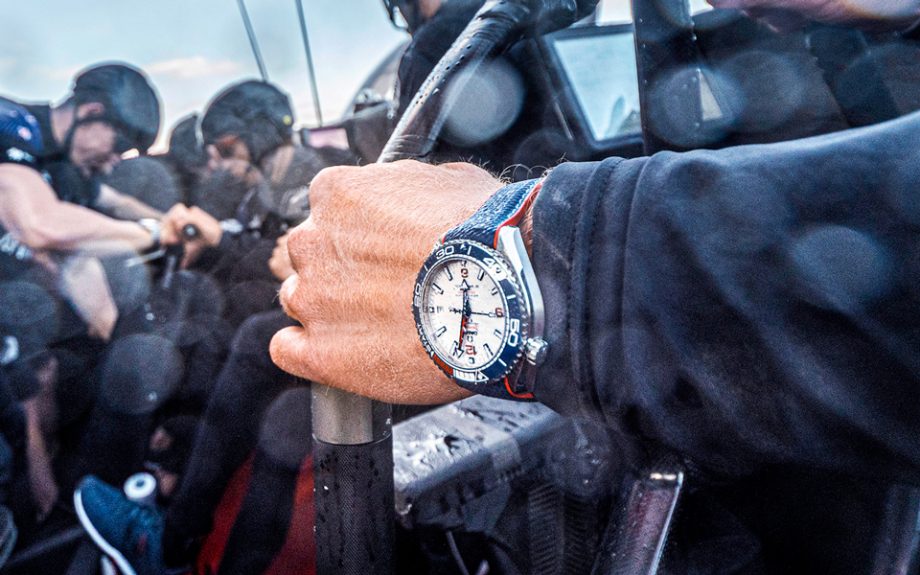 Based on the Planet Ocean we all know and love, this exclusive model – limited to 2,021 pieces – comes with a rubber strap attached, and features helpings of red, white and blue, the colours of the American flag. The ceramic bezel can be used as a five-minute countdown for racing, while the competition name and logo can be found at 6 o’clock and on the counterweight of the central seconds hand, respectively.

Another America’s Cup logo can be found on the sapphire crystal open caseback, through which you can revel in the beauty of OMEGA’s Master Chronometer Calibre 8900.

Although this particular model is linked to the overall competition, OMEGA is also a sponsor of the current title holders Emirates Team New Zealand (since 1995) and has separate Seamster Diver 300M ETNZ watches to recognise it.