A Guide To Buying A Classic, Vintage & Used Porsche 911

So you want to buy a classic Porsche 911? Join the club.

No, really, join a Porsche car club. It’s the best advice we have to help you navigate the seven 911 generations and hundreds of variations Porsche has unleashed in the 57 years since Ferdinand Porsche’s iconic original.

But if you’d rather go it alone, or maybe you’re in a hurry to spend that inheritance windfall, then we’ve done some of the homework for you. We’ve spoken to classic Porsche 911 owners, collectors, car club members and even Porsche Australia HQ to come up with ‘almost everything you need to know before buying your first classic 911’.

Right then, let’s get started. Because the sooner you finish this, the sooner you’ll hammering at the horizon and grinning at the luscious, gravelly howl of your very own 911’s distinctive flat-six engine.

Hard to believe a car that shares its roots with the 1930s Volkswagen Beetle has become the most influential sports car of the 20th century (voted by a panel of 133 car journos from around the world, by the way). No other car looks like it or sounds like it, and no other sports car can match its unique driving dynamics.

The Porsche 911 is an incredible sports car, no question. Thing is, it should never have worked. This rear-engined coupe is a Teutonic middle finger to the laws of physics because centrifugal force should fling it off the road at every corner.

That’s often what happened in the 60s, 70s and 80s when overly ambitious drivers lifted off the throttle mid-corner. But other more talented drivers used the 911’s power, light weight and inherent agility to dominate races like the Monte Carlo Rally, Targa Florio and 24 Hours of Le Mans.

There have been seven main generations of the Porsche 911, starting from the long-lived Type 901 (the ‘classic’ 911) all the way to today’s 992. Each subsequent generation has stayed remarkably faithful to Ferdinand Porsche’s 1964 original with a sleek two-door body and flat-six-cylinder engine snuggled up to the rear axle, with some slight tweaks over the years – notably a shift from air-cooled to water-cooled engines into the new millennium. Here’s a quick rundown of the differences between the different generations.

The perfect blend of tradition and innovation

The return to form 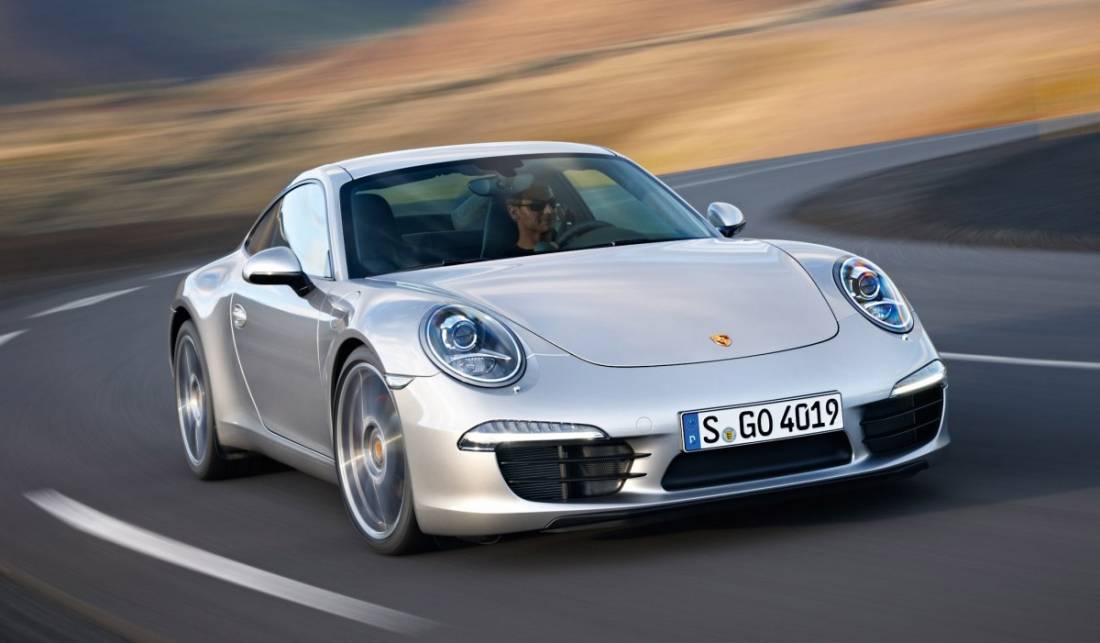 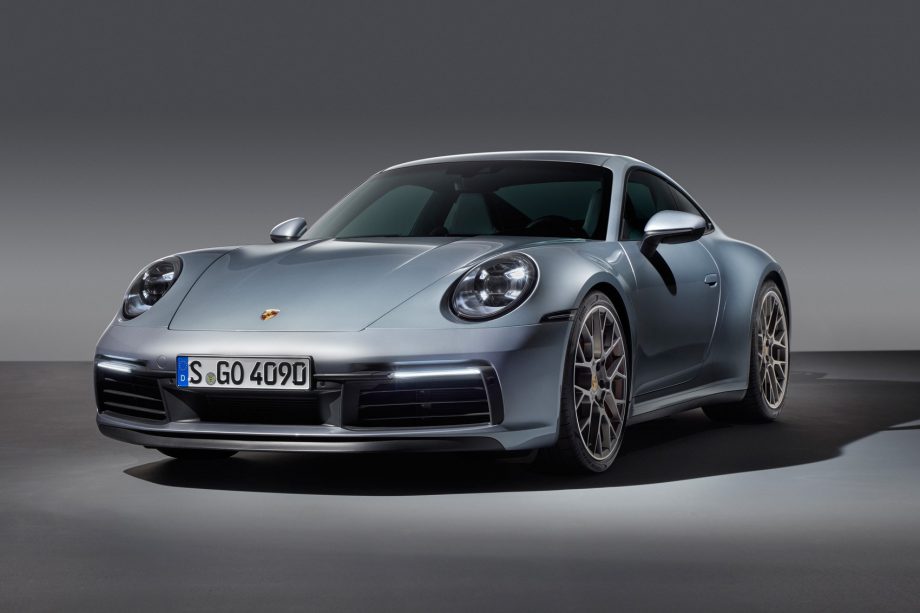 Ron Widdison is the editor of the Porsche Car Club magazine of Victoria. After selling his 964 last year (and doubling his investment) he now only owns three 911s – two 993s and a 997.

He’s owned ten Porsches over the years, including seven 911s. Most of them he’s made a profit on, so his advice is worth heeding. Ron buys his 911s using the Three Cs – although he admits “one of them is not a ‘c’…”

Condition: “General condition is important. Bodywork can sometimes be more expensive to fix than mechanical. The bodywork has to be spot on.”

Colour: “If you go and buy a green car, you’re really limiting the market when you go to sell the car. You may love the colour, but when you sell it there will be fewer people who also love it.”

Kilometres: “If you can buy a car with less than 100,000km on it, it’s going to be worth a lot more than a higher mileage example.”

Ron relates that whatever you choose, do a pre-purchase inspection. “As with any classic, take it to a specialist and have the mechanicals checked. Make sure there’s no rust in it. That sort of thing. And make sure it’s been well maintained. You just have to do your due diligence and check them out properly.” 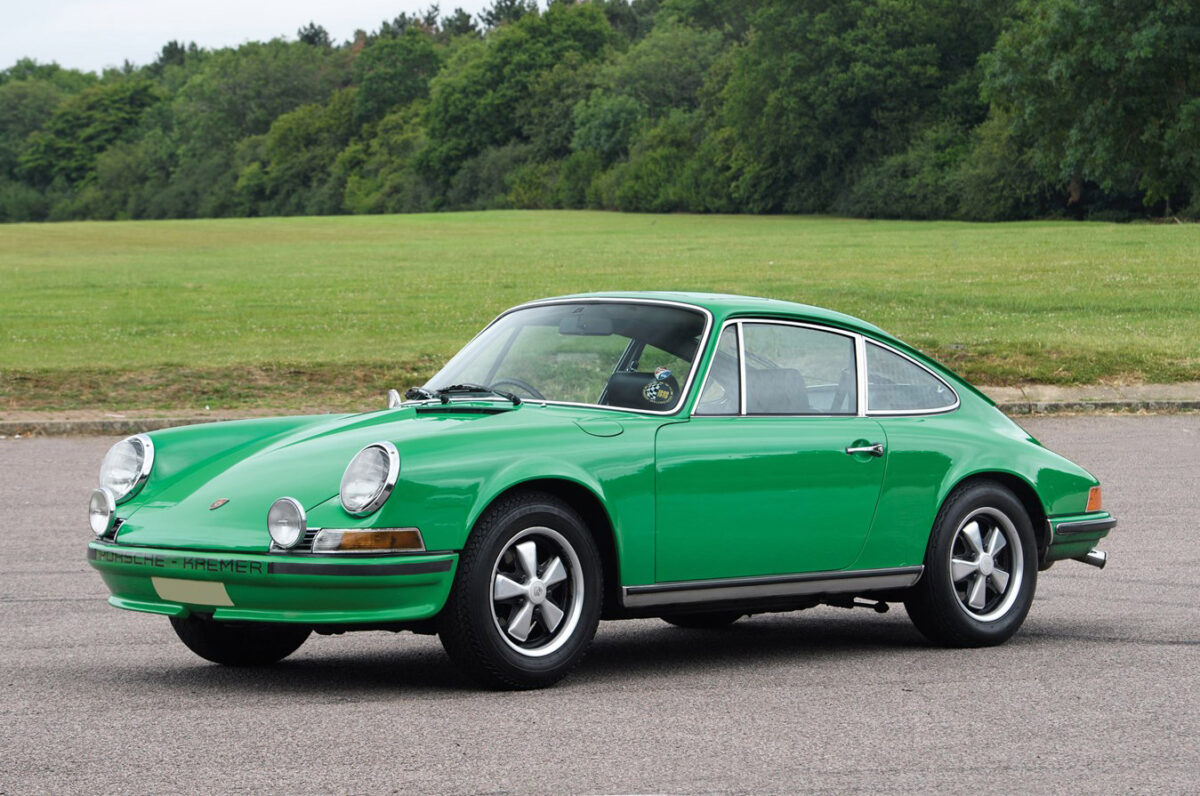 Melbourne advertising executive Damian Royce has been “buying and selling and celebrating all things 911 for more than 20 years,” he tells us.

Damian sold that 911E after more than a decade of driving pleasure and turned a profit. “It was a beautiful car to drive, a driver-focused car.” Since then he’s owned half a dozen more, including two 3.0-litre Carreras, two 3.2-litre Carreras, and a 964 Turbo. He knows a thing or two about buying and owning 911s. Here’s his top tips.

Buy the best you can

“Buy something that’s friendly on your wallet but in tip-top condition”, he instructs.

“It might be tempting to buy something rare that needs a little work, but it could turn out to be a basket case and not all that financially friendly.”

Damian also says to check the history and provenance of the car you’re interested in. “Make sure it has been cared for, serviced regularly and driven regularly. Porsche 911s need to be driven, not parked and admired.

“Make sure it has the service books, and that the chassis number and engine number match the books. Also, steer clear of examples with aftermarket or owner modifications. These can lower the value of the car and also make it harder to resell down the track.”

When it comes to buying tips for specific generations, and models within those generations, Damian says a bit of homework can save a lot of cash.

“Each model has its quirks”, says Damian, “so it’s really best to talk to people who know about – or own – the model you’re interested in. If you’re serious, join a 911 club, go to a meeting and soak up the knowledge.”

Picking the silk from the sows

Pretty much every Porsche expert we spoke to said the air-cooled models (pre-1998) are the only ones to buy.

“Air cooled is the way to go,” said Ron, “but it’s not just because it has the right engine”.

Ron says the late 1990s to 2000 coincided with a significant change in how prestige sports brands like Porsche made cars. “That’s when manufacturing methods really went from hand-made to machine-made. There’s a big difference in the build quality of a largely hand-built 993 compared to a 996 built by robots to efficiency methods popularised by Japanese carmakers at the time. I understand Porsche had to adopt those efficiencies to survive, but the 993 is a better quality car.”

Spell it out: Which one should I buy?

The really collectable ones now are the long-nose cars prior to 1973’s impact bumper design change, says Ron. “Once, no one wanted them, but now they’re hugely collectable because they’re such a gorgeous shape. The pick of those is the 72-73 models.”

Some more sage advice from Ron: 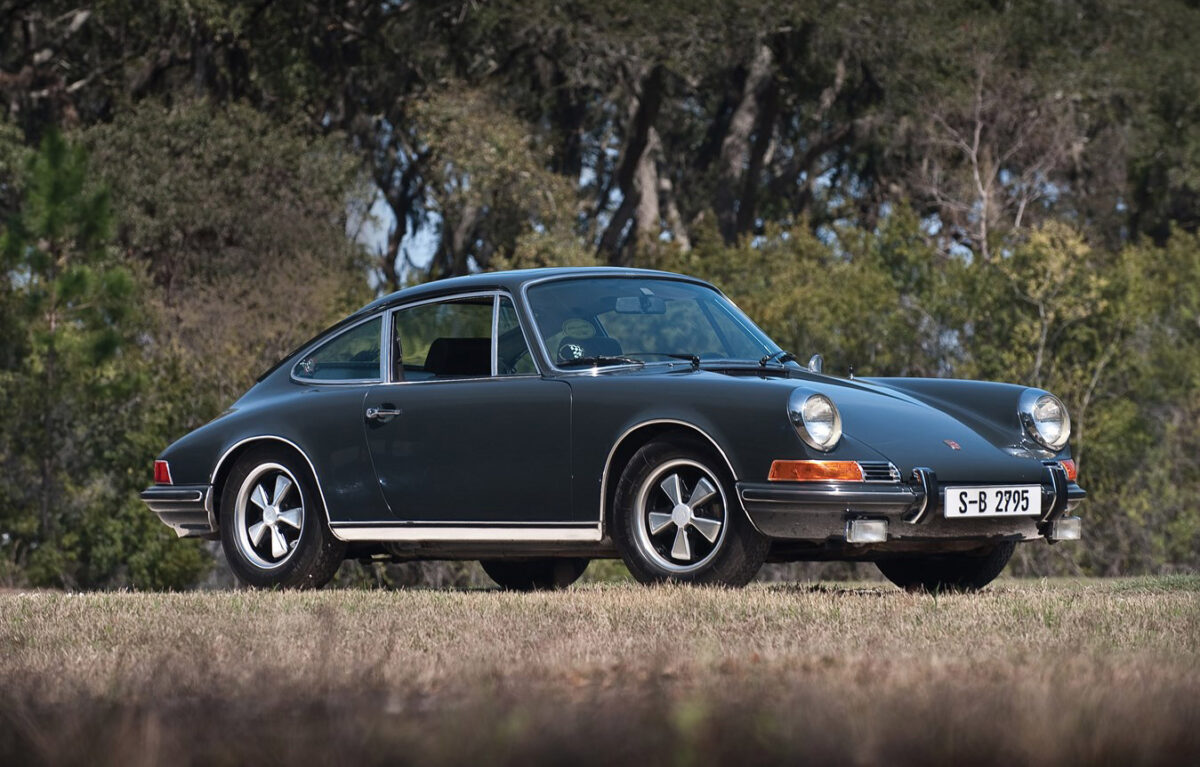 No substitute for the genuine article

If you’re like Damian and driving a 911 is about the purity of man and machine, the true essence of the sports car philosophy, then you’ll want to prioritise a first-generation 911 for between AU$70,000-$150,000 – although they can easily go higher.

Start your hunt with early to mid-1970s models. Keep in mind that Porsche increased the engine size to 2.7 litres from model-year 1974 onwards, and added fuel injection to some models, which all resulted in a tasty performance increase.

Also worth a look is the 1978-83 911SC, largely because they’re not as popular with purists, and therefore not as expensive as they could be. They’re light, torquey and loads of fun to drive.

A third, more potent option is the first-generation 911 Turbo (AKA 930 series, 1975-1989) with its signature whale tail rear spoiler. This road-going ballistic missile will definitely get the adrenaline pumping, but be very respectful of the throttle, because the 930’s lively combination of short-wheelbase, turbo-lag and lift-off oversteer earned it the ‘Widowmaker’ moniker.

The Best Porsche 911 For Investing 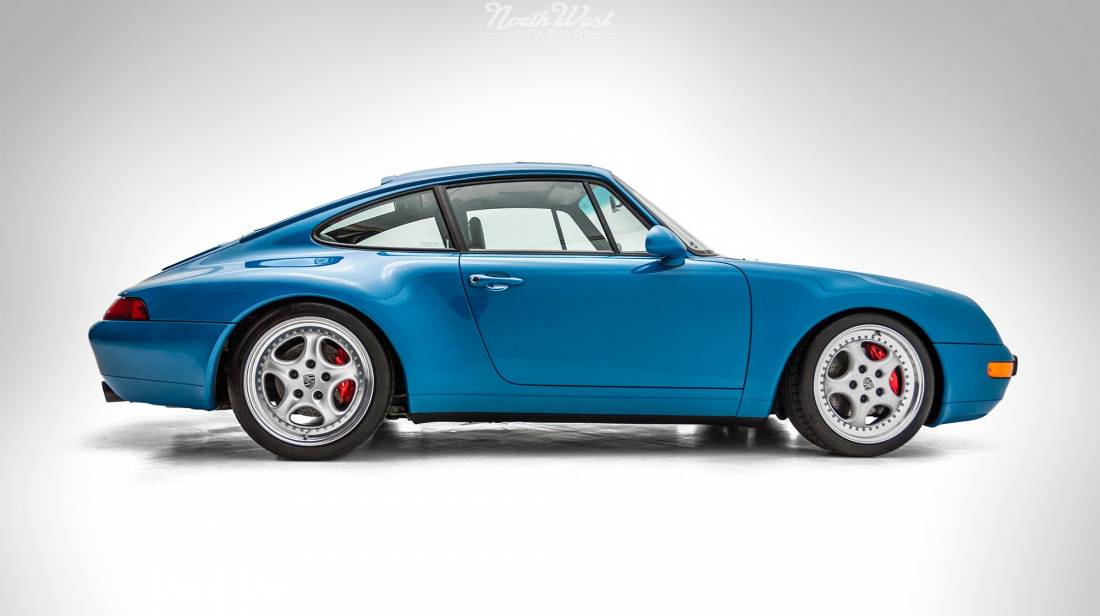 The 993 is one of the most sought after shapes

That said, it is possible to maximise your profit potential come resale time. Buy as rare as you can afford – limited runs are gold – and preferably an example that’s factory-spec and unmolested by the aftermarket. Official documentation is a must to prove your car’s pedigree and bona fides.

The 993 generation (1994-98) is a good place to start, although you won’t find one worth looking at under $150,000. As the last of the air-cooled 911s, and a highly accomplished handler thanks to new multilink rear suspension, its appeal with owners and collectors will only keep climbing.

Rarity, obviously. But with Australia being one of the few right-hand drive markets in the Porsche world, another factor has recently jetted classic Porsche prices into orbit.

“A big part of the incredible rise in Australian 911 values is the increasing interest from Asian right-hand drive countries,” says Ron. On top of that, there’s “lots of new millionaires in China right now, and they want classic Porsches” (despite China being LHD).

“Prices are also driven by production numbers, and that’s a recent development too. I had a 3.2 Clubsport that I sold. They only made 52 but no-one cared up until three years ago. And although I doubled my $75,000 investment when I sold it, the car is now worth $400,000.”

Want a bargain? Buy the mongrel 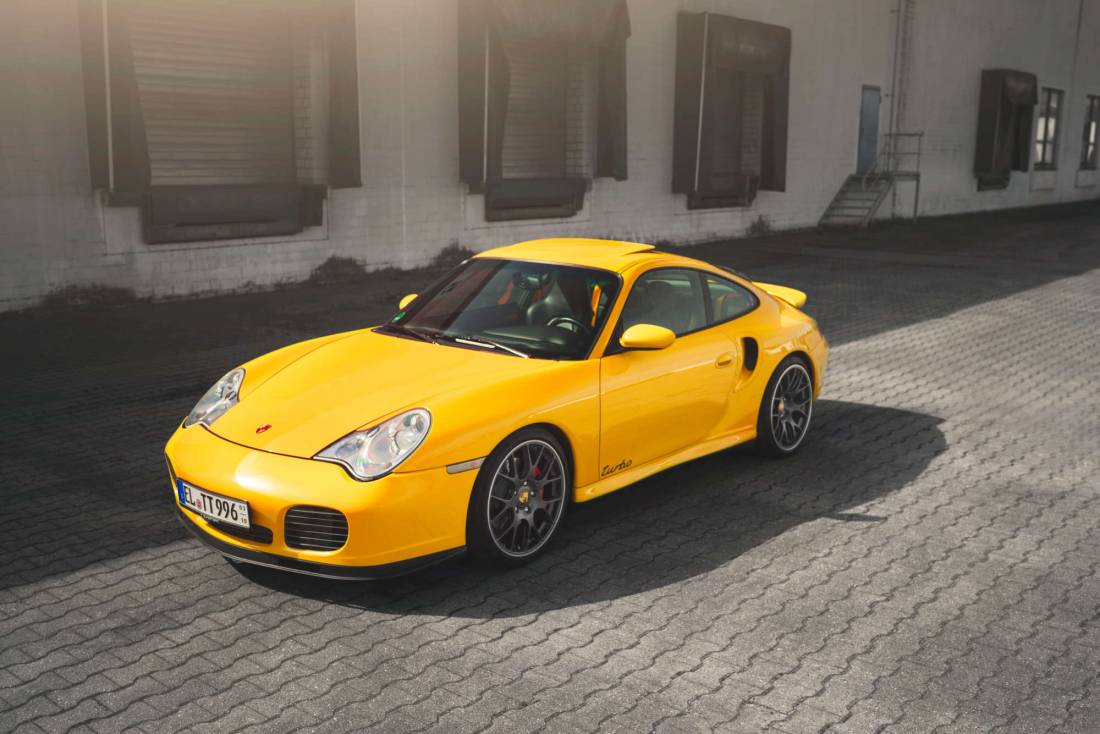 The unloved 996 could be an affordable way into the brand

The 911’s biggest generational change was the Type 996 launched in 1998. This was the first ‘all-new’ 911, which had a completely new chassis, and a new water-cooled engine to the horror of many 911 enthusiasts.

This major mechanical change makes pre-996 models more authentic, and therefore more desirable. That, and the fact the 996’s otherwise elegant styling was tainted by those terrible ‘fried-egg’ headlights.

Porsche’s designers have seldom put a foot wrong over the decades, but this was a big stumble – one that the next model rectified. Still, if you don’t mind fried eggs, the less popular 996 can be a bargain buy. But don’t expect this model to appreciate in price like the older ones do.

So, there you go. Not quite everything you need to know before buying your first 911, but it’s a hell of a good start. We’ve no doubt you’ll enjoy every kilometre in your new old Porsche, but don’t forget to enjoy every moment of the pre-purchase process too. There’s a lot of fun in the chase!

How expensive is it to maintain a Porsche?

For a classic Porsche, expect to pay around $200 to $400 for minor service items such as oil, filters, and inspection. For major service, the cost should be between $400 and $600.

Should you buy a used Porsche?

Absolutely. If the Porsche is from a good used dealership, it should be in excellent working condition and will require very little maintenance over the years.

How often should a Porsche be serviced?

Most Porsche need to be serviced every 6,000 to 15,000kms or at least once a year to keep them in tip-top shape. Still, there is no harm in visiting your service centre a bit early if needed.