Did you know that Rami Malek has an identical twin? It’s true. But it’s also true that no-one can imitate his style.

The softly-spoken Egyptian-American actor, best known for his portrayal of rock legend Freddie Mercury in the blockbuster biopic Bohemian Rhapsody, is one of the snappiest dressers in Hollywood. He’s a particularly underrated style icon, in the same vein as Johannes Huebl, Chris Pine or Matt Bomer.

Malek’s unique style, centered around classic Americana with a modern, almost European sensibility, makes him stand out amongst the pack. Something that Malek’s particularly good at doing is making ‘hyped’ sneakers work well within the context of a classically stylish outfit – a nous he once again demonstrated with his latest eyeball-drawing outfit.

Malek was spotted in London’s Mayfair last week going for a nighttime cycle – not a bad way to spend a Friday night, all things considered. He looked almost schoolboy-esque, dressed in a short-sleeve white shirt, black trousers, wearing a shiny black helmet.

But few schoolboys would be able to rock the pair of Fear of God Essentials x Converse Chuck Taylor 70s ‘Natural’ on his feet with the same sort of effortless panache that Rami Malek does. 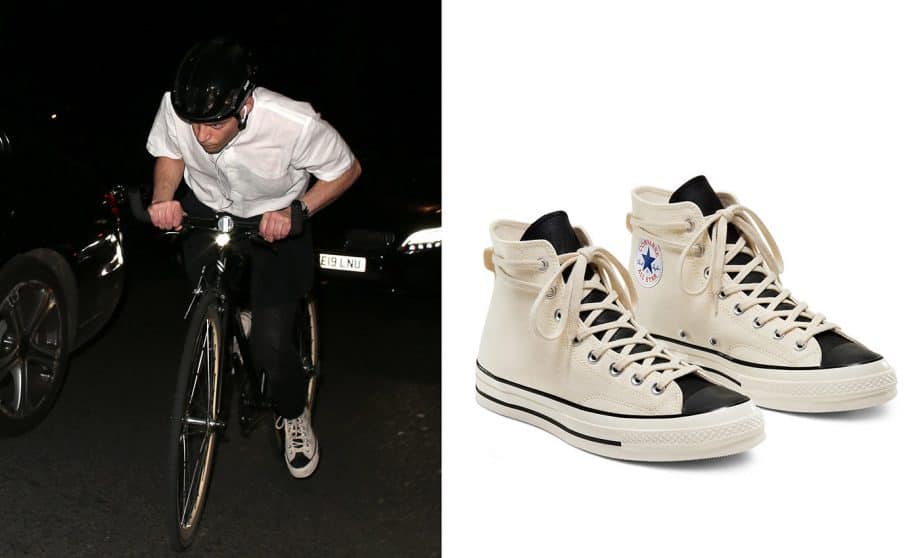 Fear of God is a cult luxury ready-to-wear fashion label founded by Jerry Lorenzo. Known for its grunge-meets-militaria aesthetic, it’s part of the streetwear pantheon alongside brands like Supreme, Off-White, Palace or BAPE, buoyed by collaborations with Nike, Kith and Pacsun. FoG also has an upcoming collaboration with famous Italian luxury atelier Ermenegildo Zegna dropping in September this year – further evidence of FoG’s ascendency.

Fear of God Essentials is a sub-brand created by Lorenzo to broaden FoG’s market appeal (FoG pieces regularly demand four-figure-plus pricetags, pricing them out of reach for most hypebeasts). As the name implies, it focuses on quality basics with a subtle fashion-forward twist – like these Chuck Taylor 70s, which feature a subtly inverted colour scheme, a leather tongue, and a reinforced lace loop built into the heel cap. 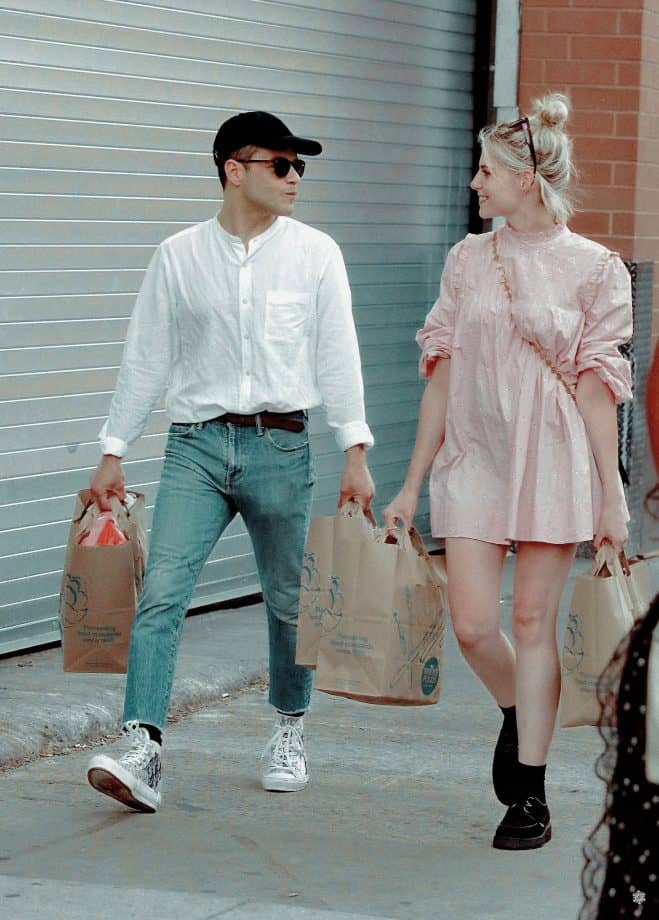 Both the B23s and FoG Cons are incredibly hyped sneakers, and are particularly hot property. It’s hard to find either for retail, and both command a serious mark-up on the aftermarket.

Either Malek’s got a plug (likely), he’s shelling out big dollars to nab these sneakers (potentially) or he’s taken a cue from his role as Elliot Alderson on the award-winning TV series Mr. Robot and developed insane hacking skills to get ahead of all the sneaker bots to purchase these for retail (we won’t rule this one out either).

In any case, we’re a big fan of these looks, and can’t wait to see how Malek maintains his sartorial pole position with his next outfit.