No Gains? How To Trick Your Body & Get Ripped, According To The Stenmark Twins 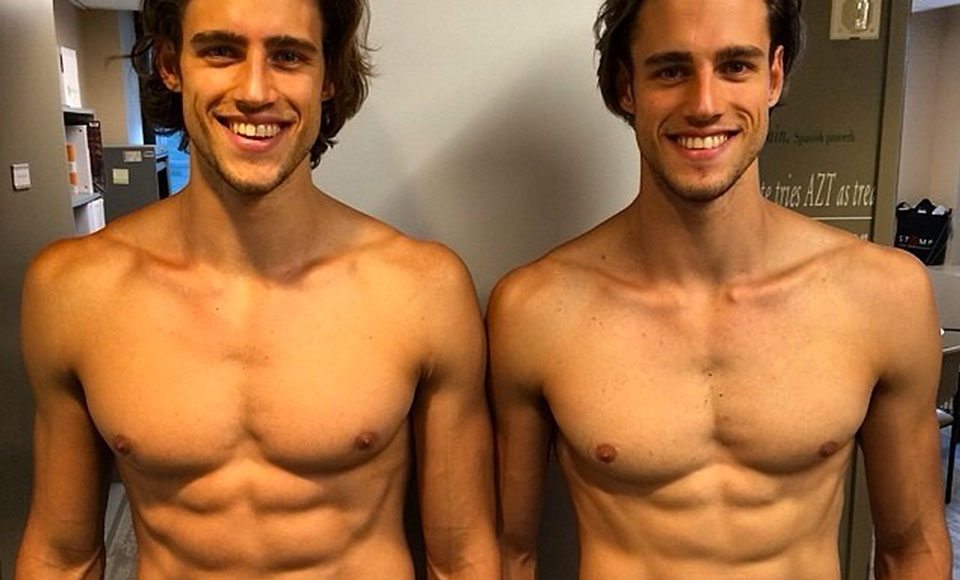 There are no shortcuts when it comes to reaping your fitness gains and cutting a mean figure that Rocky’s Ivan Drago would be proud of.

As previously noted by ex-NRL player Ben Lucas, scoring the ultimate body is all about mixing up your training with all forms of high intensity interval training, cardio and weights during your weekly workout.

But there’s an additional aid – tricking your body. It’s not rocket science (or illegal), just a bit of mind manipulation as explained by Aussie models Jordan and Zac Stenmark.

Know The Athlete’s Body You Want (& Steal Their Exercises)

Before they embarked on a career as models Jordan and Zac Stenmark were preparing for a career in the AFL. Fitness is in their blood but it takes more than just good genes to retain the athletic physique that the boys have been rocking across the glossy pages of magazines for years.

Whether it’s Mayweather’s boxing body or the more athletic build of Usain Bolt, the Stenmarks say that it’s important to borrow the fitness regime of those you’re emulating.

“Our philosophy has always been to train like the athlete you want to be,” says Zac.

These are all explosive athletes and it’s also how the Stenmarks prefer to train. Here’s what they recommend to get their physique.

The longest round the Stenmarks do is between 40 – 50 seconds. Ideally that’s 40 seconds of hard work, 20 seconds of rest. When they want to go really explosive, it’s 5 – 15 seconds on with a 45 second rest to follow.

What Are Explosive Exercises

This one’s a pretty straight-forward but if you’re uncertain of what to try, give these a go.

If it’s a circuit set up, the Stenmarks recommend using the same interval timing format. Think explosive sprints around an oval or on a rower.

“The philosophy for us is we can replicate explosive exercises anywhere. A hotel gym, at the regular gym, a park, a beach. Bands and bars are your friends. No matter what you’ve got you can fit it into a system of explosive training.”

Dieting is the most well-known factor towards building a body you’ve always wanted. The Stenmarks’ diet includes of:

And the stuff they avoid:

“A lot of people working 9 to 5 forget to drink a tonne of water. If you are trying to burn fat, the way that the body metabolises fat, it needs water.”

“It gets rid of that energy through sweating, through human waste and through your breath. Those are three ways that fat cells burn. It’s very basic but needs to be followed.”

The Stenmarks also note that thirst and hunger are often similar sensations and it’s easy for the body to misinterpret one for another even after eating. Have some water first and see how you’re feeling after. It could just be that your body is craving water rather than junk food.

And when it comes to the training exercise they never skip on the daily:

According to the Stenmarks, sleeping and rest is paramount for the body to recover so that it’s at 100 percent during the next training session. The duo recommend going for larger meals during breakfast before going smaller portions for lunch and smaller again for dinner.

This ensures your body doesn’t need to digest at night which can impede the quality of your rest.

“The whole thing is a cycle,” say the Stenmarks.

“When you train you fuel yourself; that will repair your body and once you’ve fuelled yourself you need to rest. Once you’ve rested you can train again. If you don’t get the appropriate rest, you shouldn’t train again.”

“We’re big on listening to your body and getting the appropriate sleep and rest. It’s so important.”

Trick Your Body Into Getting Fit

Find what you enjoy doing and you won’t need to dread picking up another dumbbell.

“Twice a week or three times a week, go do something active you really enjoy.”

Whilst it’s easy to pick fun sports from basketball to touch football to surfing, there are days when the body simply isn’t up for it.

This is where doing something active that doesn’t feel like a sport counts the most. Think rock climbing, paddling the surf, light cycling or swimming. These are all low impact sports which work different muscle groups whilst giving the said muscles and joints a rest.

“Even if you do something small, it is so much better than doing nothing,” say the Stenmarks.

“When you’re not motivated, trick yourself into saying, ‘I’m just going to go to the gym and see what happens’. Or ‘I’ll just go outside and just jog.'”

“Before you know it you’ll be doing a tougher session. Trick your brain into it. Put your gym gear on even if you don’t intend to go. You’ll eventually think ‘I’m in my gym gear, I may as well go.'”

RELATED: Still Flabby? Here’s Why You’re Not Seeing Gains In The Gym