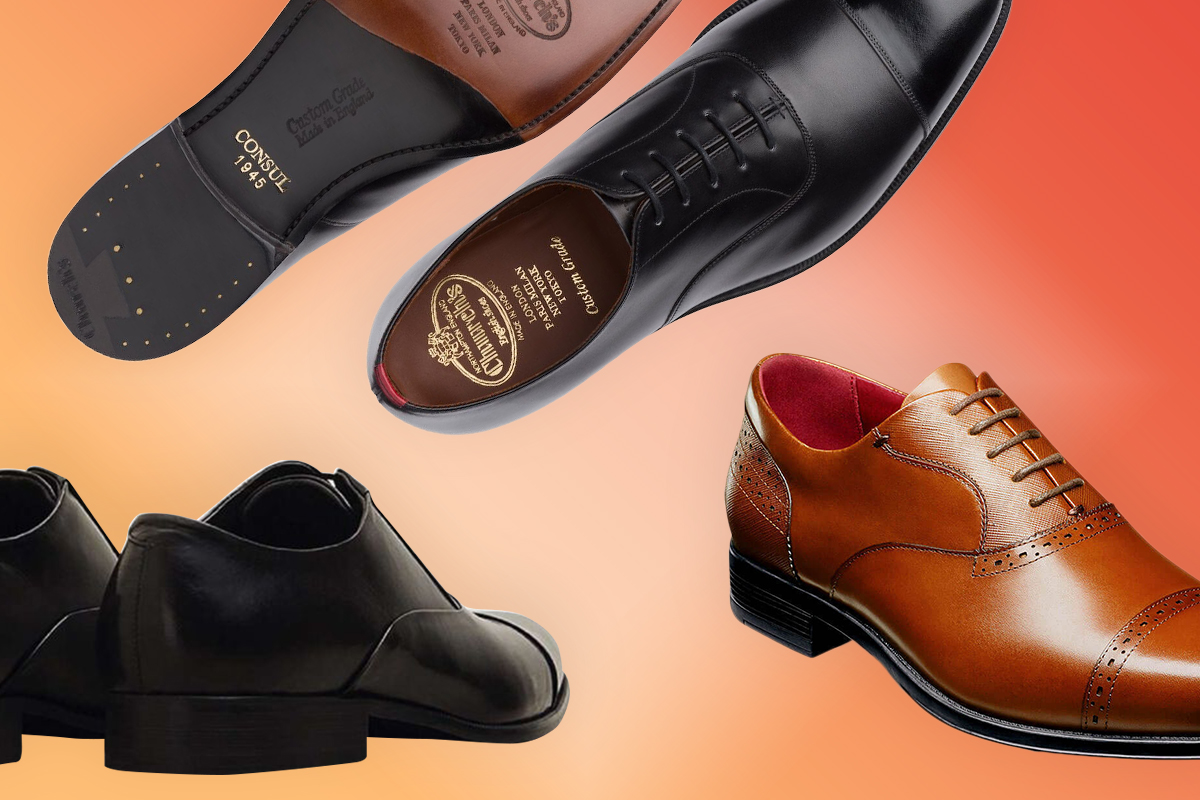 When it comes to formal wear, you could have the best suit in town but if you fail to pair it with the right pair of dress shoes… Well, you may as well consider it a fashion failure. Dress shoes are an incredibly important piece of formal outfits, so getting a stylish yet comfortable pair is paramount.

But while dress shoes encompass a range of styles – think Monk Strap, Derby, or Loafer – the best-known and most popular style is undoubtedly the Oxford shoe, which hails from all the way back in the 17th century, during the rule of King Louis XIV of France.

With it being such an important footwear style that every man should own, we thought it was about time to provide a complete guide, teaching you about how to spot a quality Oxford shoe as well as including a list of our favorite Oxford shoes that just happen to be some of the best pairs currently available.

What is an Oxford shoe?

So, what’s the difference between an Oxford shoe and any other typical leather lace-up? The answer lies in the lacing system.

Additionally, the uppers of an Oxford shoe consist of quarters (rear leather section) and the vamp (separate mid-leather section) stitched over one another. When the laces are tied, the two leather quarters should form a narrow ‘V’ shape. Finally, modern British Oxfords consist of 5 eyelet holes on each side whilst American Oxfords tend to have 6.

These are the most important things to consider when shopping for a pair of Oxfords. The best Oxford shoes will have the following features:

If you’re ready to upgrade your shoe closet with a pair of comfortable yet stylish Oxford shoes that’ll elevate your formal looks, take a look at these brands that produce the best Oxfords available. 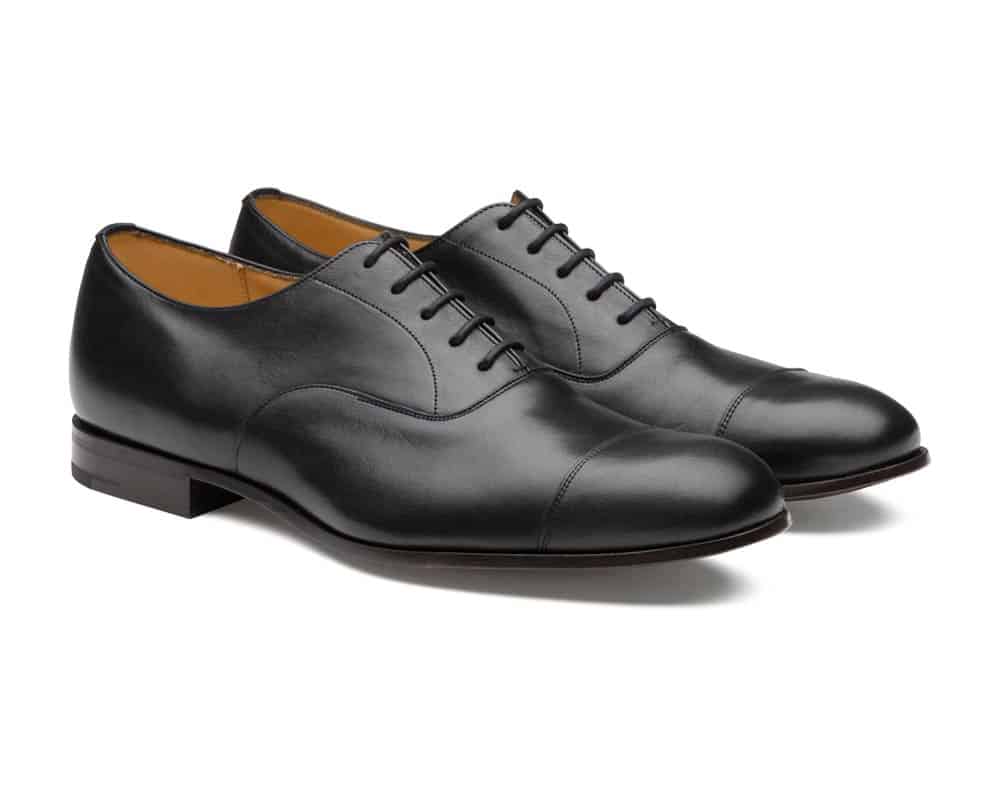 English footwear brand, Church's was founded in 1873 in Northamptonshire, an area of England famous for its high number of luxury shoe makers. It wasn't until the 1920s that Church's became a heavily influential brand, opening stores in London and New York, and has remained at the top of the shoe game ever since.

Church's Oxfords take on classic silhouettes in a range of colours and are made with only the finest qualities of leather. Church's is also a champion of the Goodyear welt, giving you a durable and reliable Oxford.
Shop Now 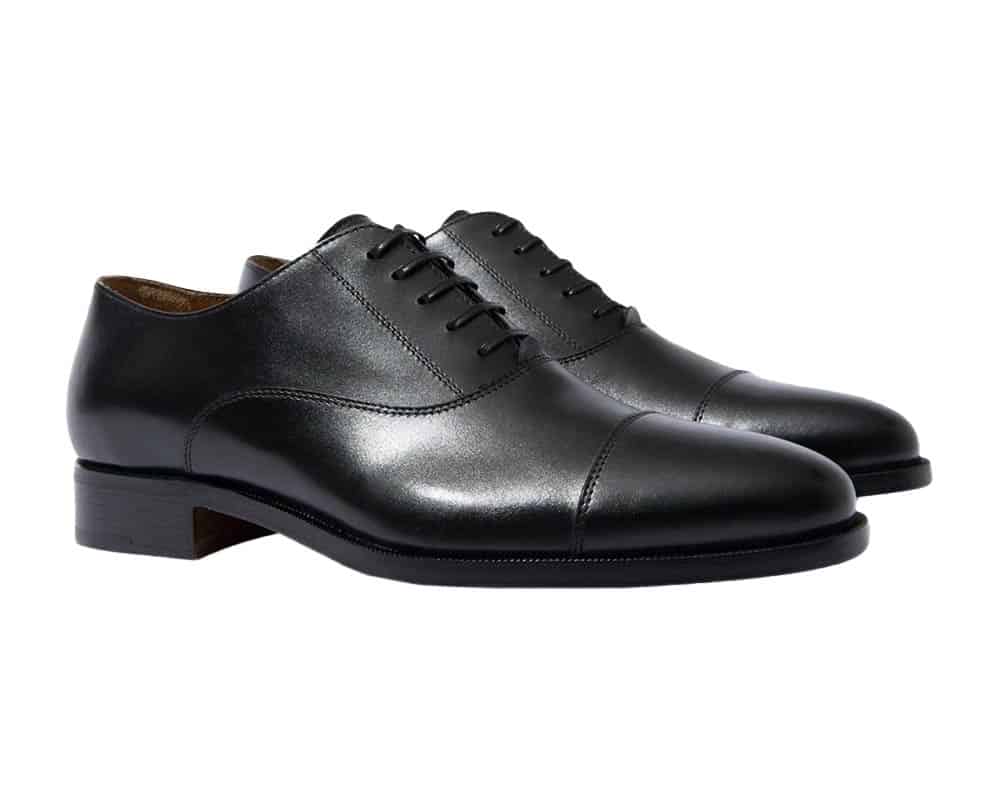 Italian footwear brand, Scarosso is all about marrying together the worlds of quality and sustainability. Not only are their Oxford shoes some of the most luxurious and well-made around, but the company is completely open about how each pair is made, taking the time to break down each sole style along with each last (the 'mould' used to create the various sizes - including width - of its shoes). Better yet, Scarosso's premium Oxfords fall comfortably within affordable territory, offering genuine bang for your buck.
Shop Now 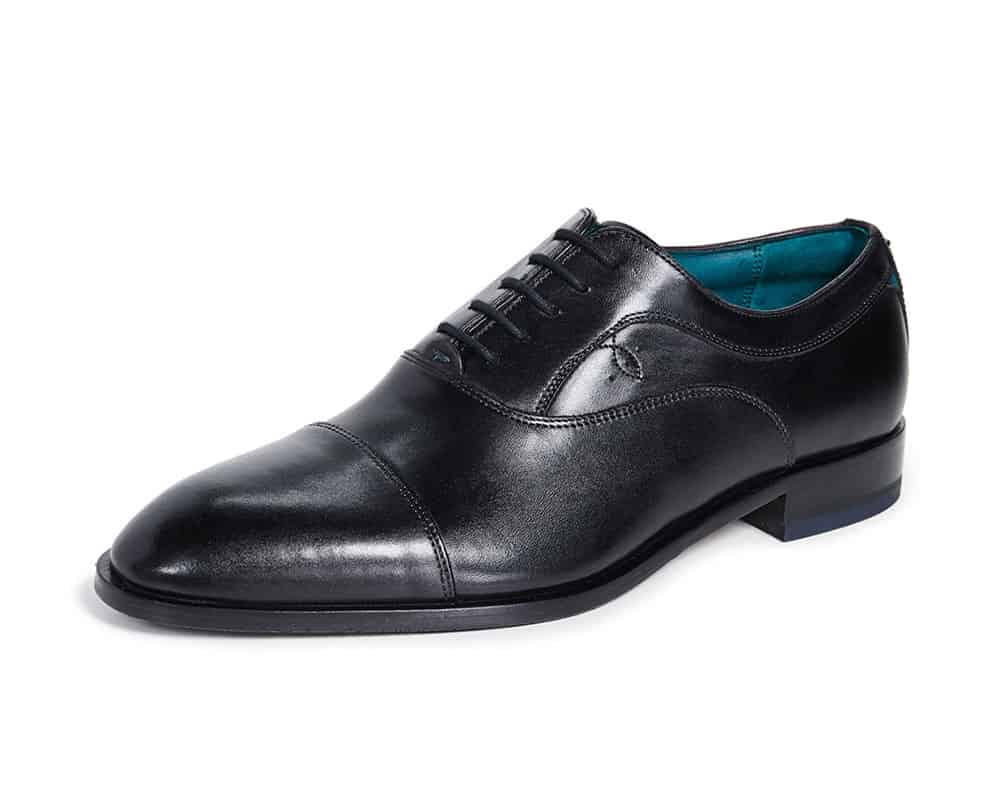 British luxury goods company, Ted Baker is known worldwide for its premium yet fun approach to clothing, footwear, and accessories. Ted Baker's Oxford shoes are made from high-quality leather and are available in a range of styles. Some pairs will even introduce pops of colour on areas such as the heel to offer a refreshing take on the classic footwear style.
Shop Now 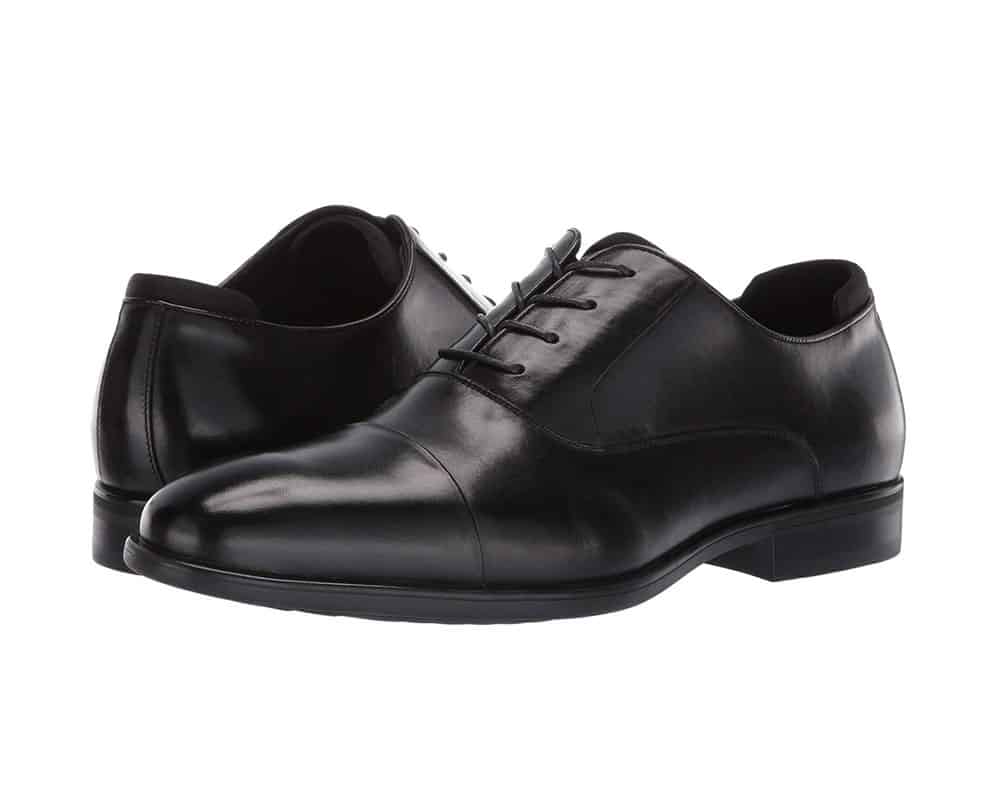 American footwear brand Kenneth Cole started life in 1982 producing shoes for women. Two years later the first collection for men was launched and the rest, as they say, is history. Kenneth Cole proves to be a consistently popular choice for highly affordable Oxford shoes, which are available in a range of materials (leather and suede, for example), colours, and styles (with or without brogue cap). Select pairs are made with a triple cushioning system and include features such as arch support and textile sock linings; meaning you can wear them comfortably without socks.
Shop Now 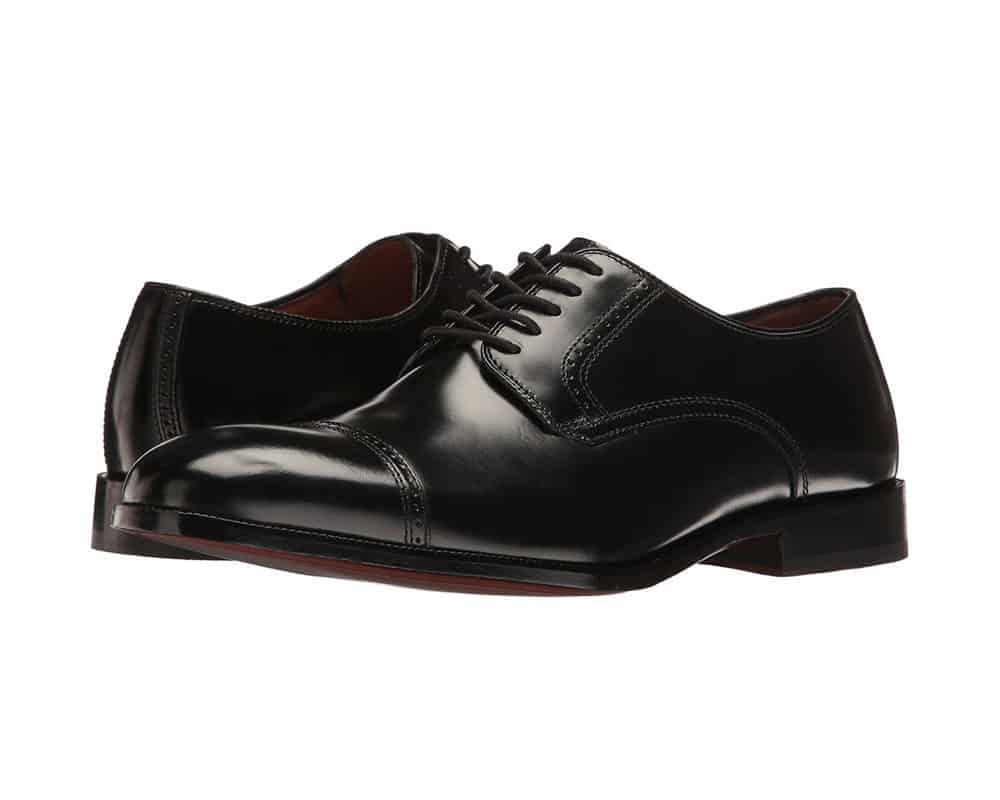 Johnston & Murphy has been making high-quality, affordable dress shoes for men since 1850. The company now has a complete range of clothing to accompany its exhaustive selection of footwear, and caters to women and boys too. Johnston & Murphy has a great selection of stylish men’s Oxford shoes that combine a perfect fit with exceptional cushioning for incredibly comfortable strides.
Shop Now 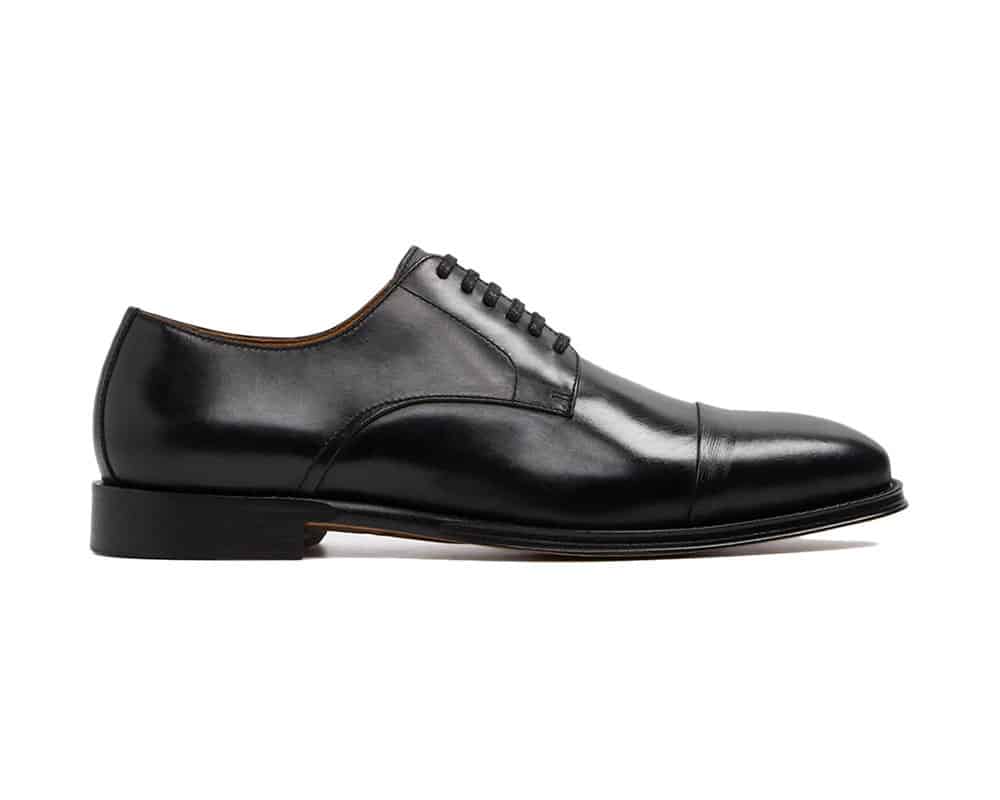 Aldo is a Canadian shoe company founded in 1972 by Aldo Bensadoun, son of a shoe retailer and grandson of a cobbler. While it's claimed Aldo never envisaged following in their footsteps, his decision to embark on his own shoe making career has proven successful. That success is primarily down to retail locations around the world and shoes that are extremely well made from high quality materials, yet entirely affordable.

Aldo’s Oxford shoe range tends to forego the brogue-style cap in favour of a smoother finish, and are available in both brown and black colours.
Shop Now 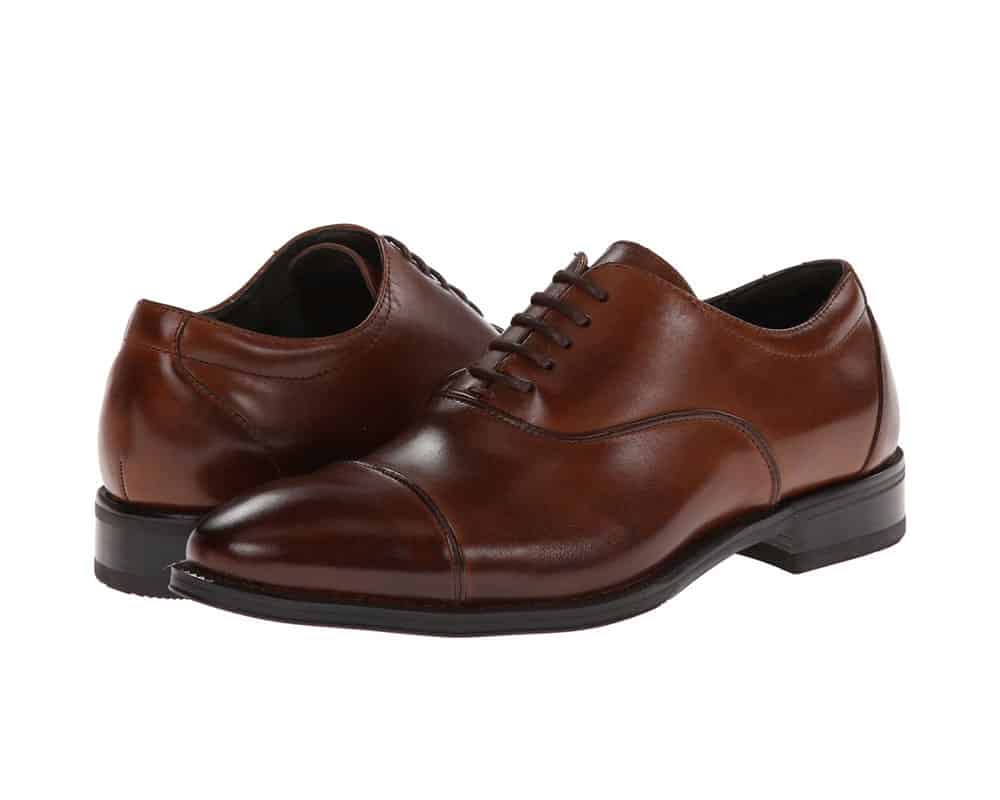 Stacy Adams was founded in Brockton, Massachusetts in 1875 and has since become a cult American brand. It's a footwear brand first and foremost (although also has a range of lifestyle clothing) with an extensive selection of Oxford shoes, which benefit from memory foam insoles and genuine leather linings. Available in various colours and styles, Stacy Adams’ Oxfords are some of the best.
Shop Now 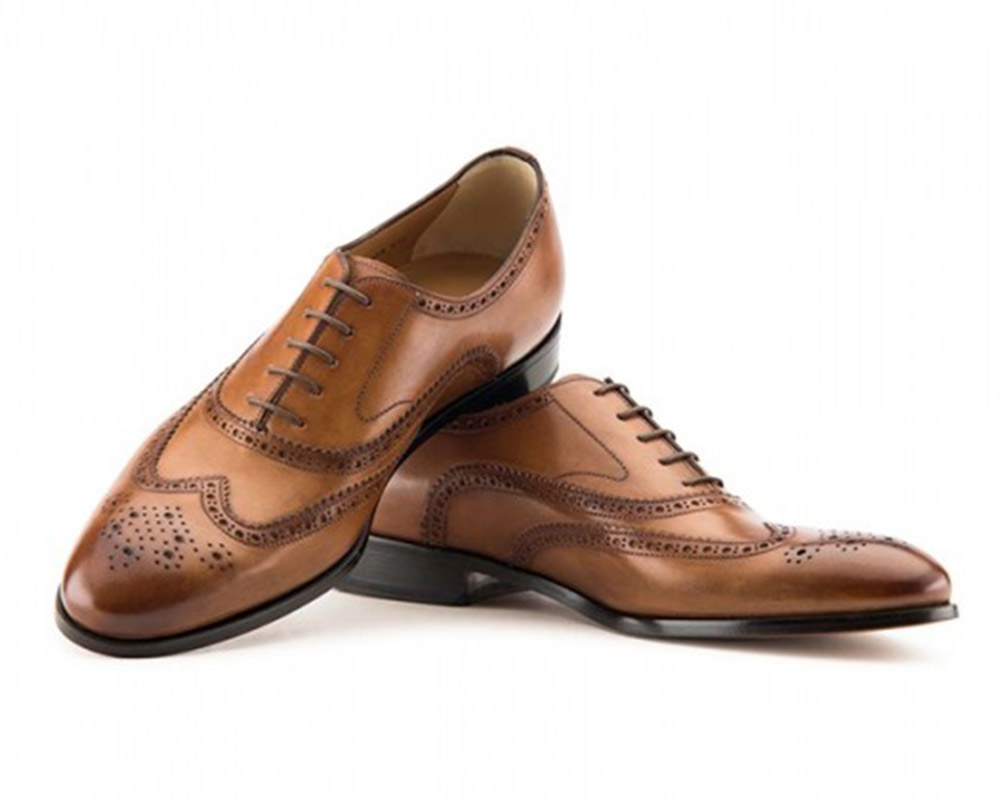 Founded in 2012, Ace Marks believes that men shouldn't have to spend obscene amounts for a handcrafted world-class shoe. Using modern technology, to cut out middlemen and their markups, Ace Marks can directly deliver cleverly contemporary, utterly luxurious, and comfortable shoes (which rival those of the top luxury brands) all at an attainable price.

With a huge range of Oxfords, available in multiple stylish colours, you’re sure to not only feel comfortable but also make a lavish powerful statement when rocking a pair of Ace Marks Oxford shoes.
Shop Now