When it comes to dress shoes, loafers are rather special. They’re unique looking and somewhat bold like monk straps, but aren’t easy to pull off like cap-toe Oxfords. For those not blessed with a style gene, the thought of having to rock loafers can be rather intimidating but style a good pair well and you’re in for a home run.

Believe it or not, loafers aren’t a footwear style to be confined to just the office. You can’t beat a pair of Italian loafers when on a summer holiday, for example, and some moccasins are perfect for those smart-casual affairs.

They’re comfortable, well-crafted and complement smart casual outfits better than most shoe styles. Most importantly, they’ve got a history that dates back to the 1930s, meaning you’re always sliding into an enduring pair of shoes with genuine heritage.

Whether you’re a style guru or just trying to stand out amongst a sea of Oxfords, loafers have a place in your wardrobe and we’ve curated the best brands for you to sink your feet into.

Of course, we also understand that not every man is familiar with the slip-on shoe, so we’ve put together a complete guide on how to wear loafers to provide a beginner’s crash course.

Loafers are best for semi-formal events since they are not super casual nor super formal. Stylish and comfortable, they complement smart casual better than most shoes.

Should you wear socks with loafers?

For more casual outfits, like jeans or shorts, it is best not to wear socks. With trousers or chinos, wear with socks. Create contrast by wearing socks with varying hues for an injection of color.

Can you wear loafers with a suit?

Yes. Dress loafers go well with suits since they do not give the casual vibe that casual loafers exude. Wear them with your two-piece or three-piece suit.

Some other helpful DMARGE articles about footwear: 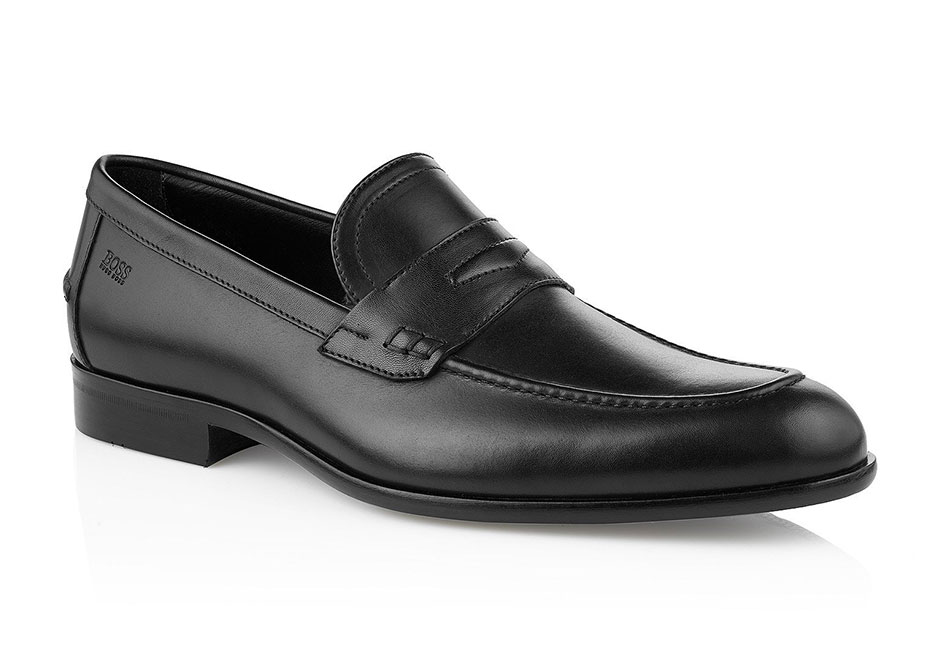 You can always rely upon Hugo Boss to deliver clear, modern and clinical German style. The designer menswear label is synonymous with formal, sartorial style, so it’s no wonder the brand has an equally suave selection of loafers for you to pair with smart cocktail or business outfits.
Shop Now 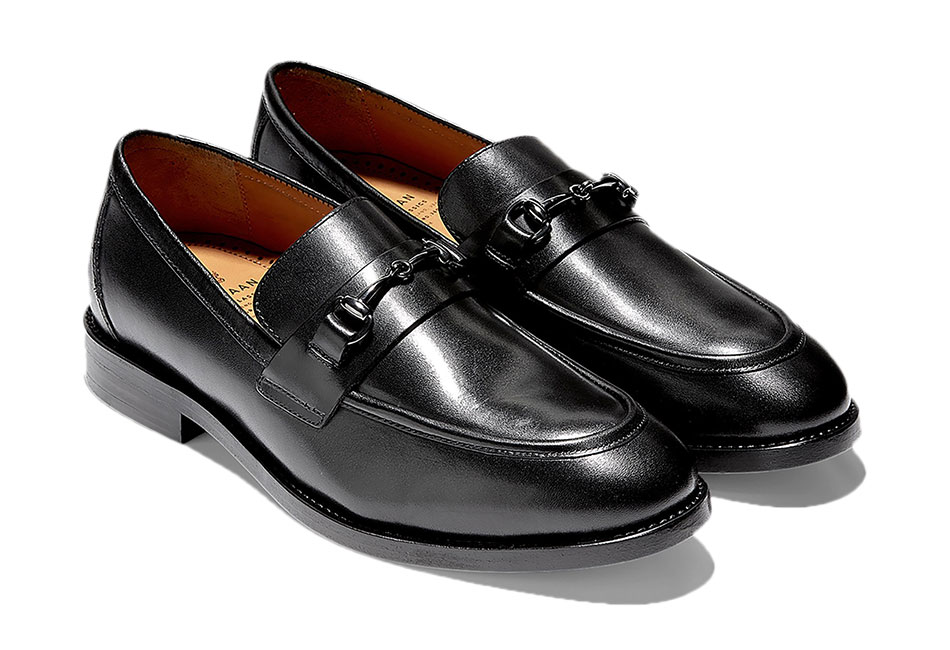 Cole Haan was founded in 1928 in Chicago and ever since has been committed to producing shoes for anyone and everyone. This non-pretentious and all-loving attitude has been vital for its success, although, it’s obviously helped by a range of well-made and super comfortable footwear. Cole Haan’s loafer collection encompasses numerous styles, materials and colours, but all have a penchant for comfort and practicality.
Shop Now 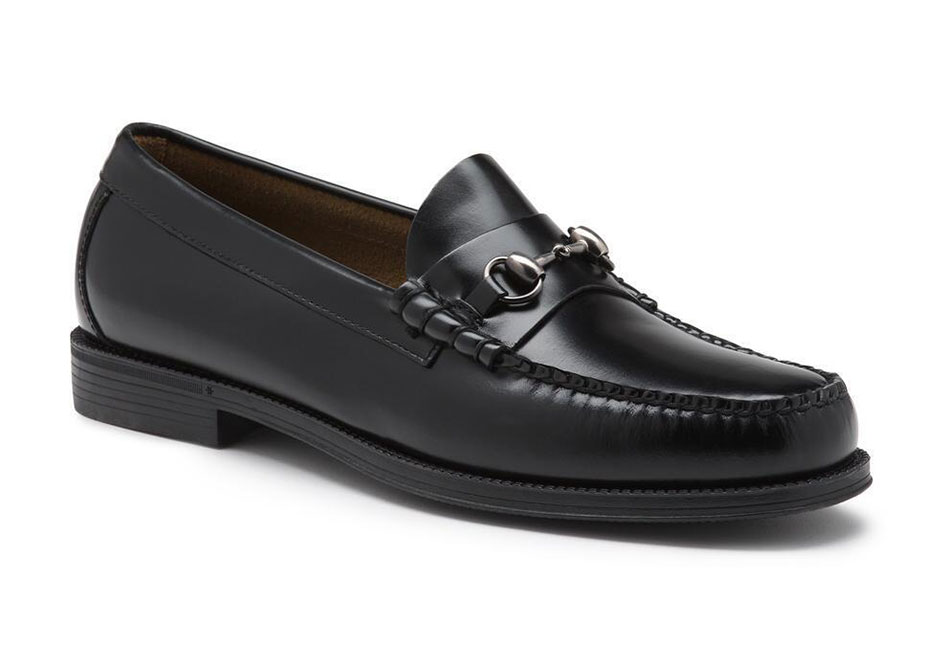 Founded in 1873, G.H. Bass is one of the most recognisable names in loafers. The company took great inspiration from the ‘Weejun’, a slip-on style shoe seen in Norway and “made it better” by integrating a cut-out for a penny, thus spawning the name ‘penny loafer’. With a reputation to uphold, G.H. Bass continues to produce its famous slip-ons to an incredibly high-quality, enabling them to last for years upon years, while remaining as stylish and on-trend as ever.
Shop Now 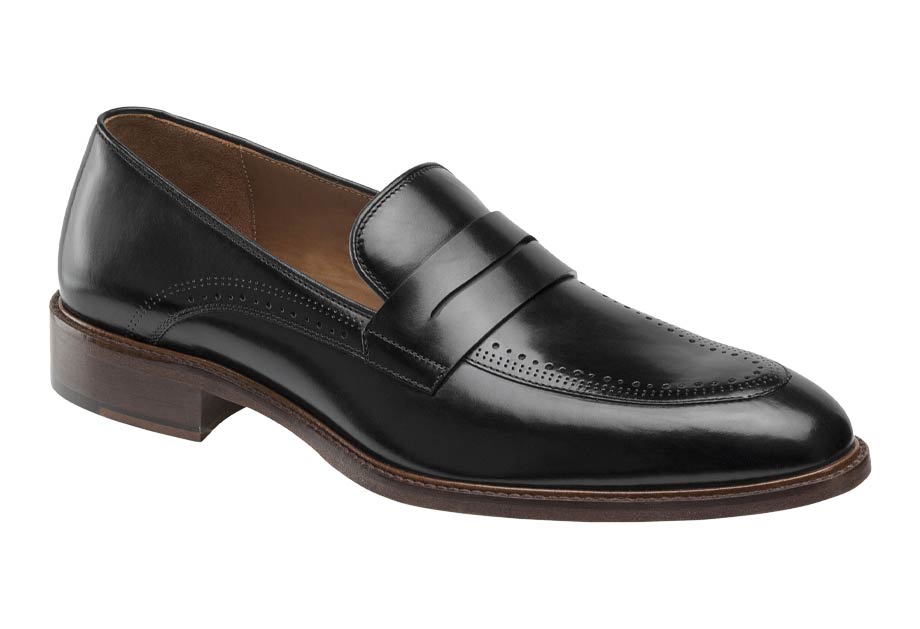 When you can claim to have provided footwear for pretty much all the US Presidents in history, you're doing something right. That's the case for Johnston & Murphy, a US shoemaker with a penchant for quality and selection. You'll find a huge range of loafers and slip-on style shoes, from formal leather pieces to more casual options in a variety of colours and materials.
Shop Now 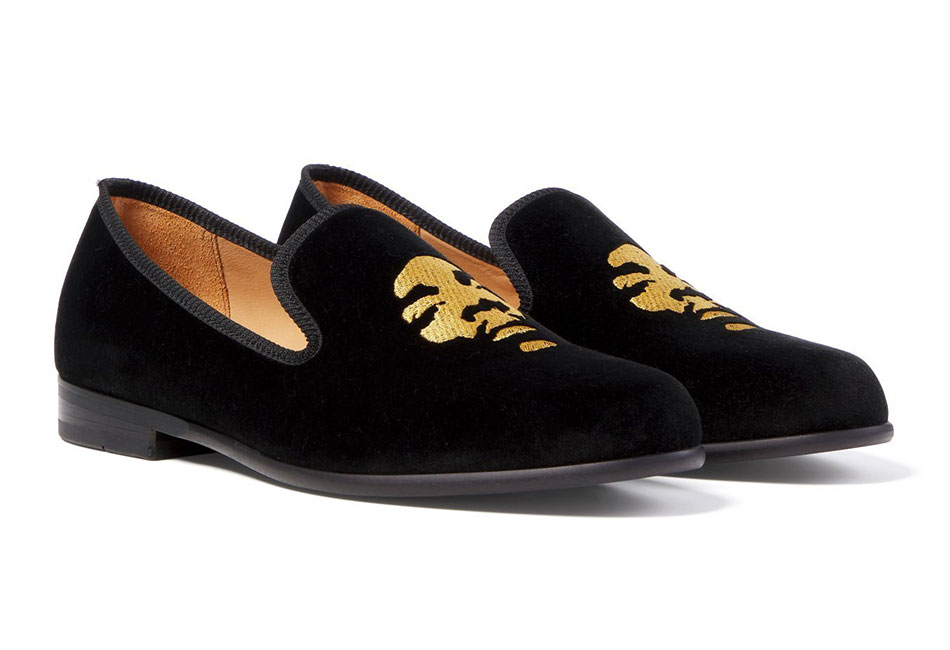 Duke & Dexter is a relatively new brand on the footwear scene having only been founded in 2015, but an unrivalled desire to succeed has already meant to brand is known worldwide for its premium pairs of shoes. It’s also caught the attention of famous faces including Ryan Reynolds, Eddie Redmayne, David Beckham and Snoop Dogg, all of whom appreciate British design and manufacturing.
D&D loafers make use of premium materials – including Italian leather – which are moulded into signature silhouettes. 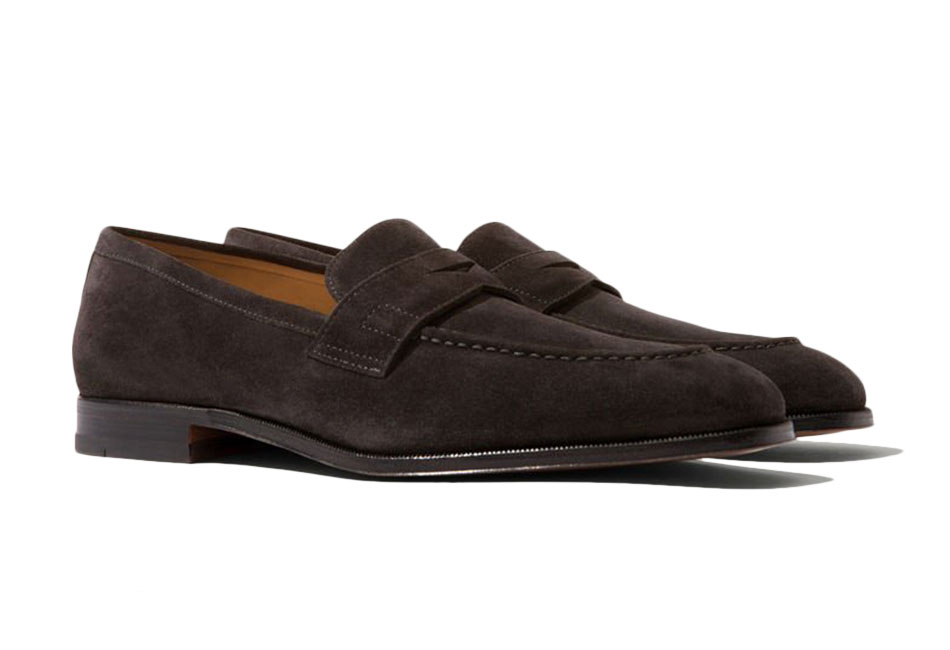 Scarosso is an Italian footwear brand that employs a direct-to-consumer approach so that its shoes can become more accessible to a wider audience, by cutting out the middle man to keep costs low. That means you can get yourself an incredibly well-made pair of loafers for a fraction of the cost of other equally prestigious brands. You’ll want to take a look at Scarosso’s range, too, since it’s made up of a great variety of styles and materials to suit both casual and formal occasions.
Shop Now 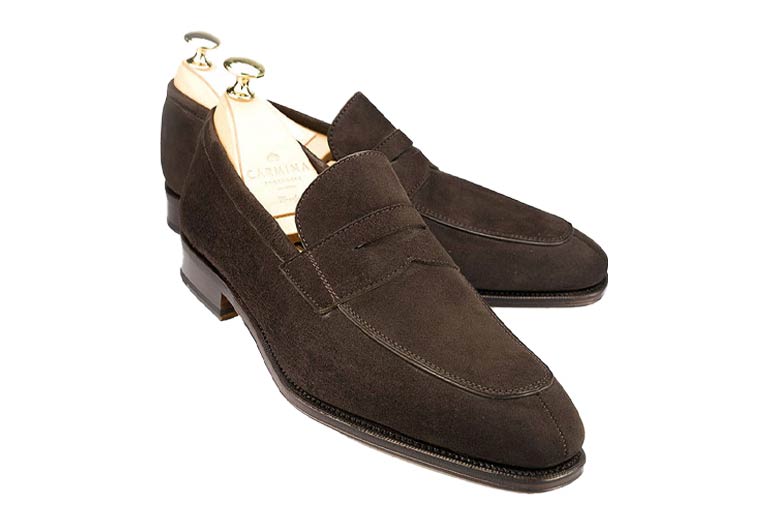 Spanish footwear brand Carmina can have its history traced way back to 1866, but it wasn't until 1997 that this new family-run operation was officially founded. Carmina's family owners continue to use their decades of shoemaking expertise to produce shoes, boots and loafers using traditional techniques, across both off-the-shelf and custom-made orders.
Shop Now 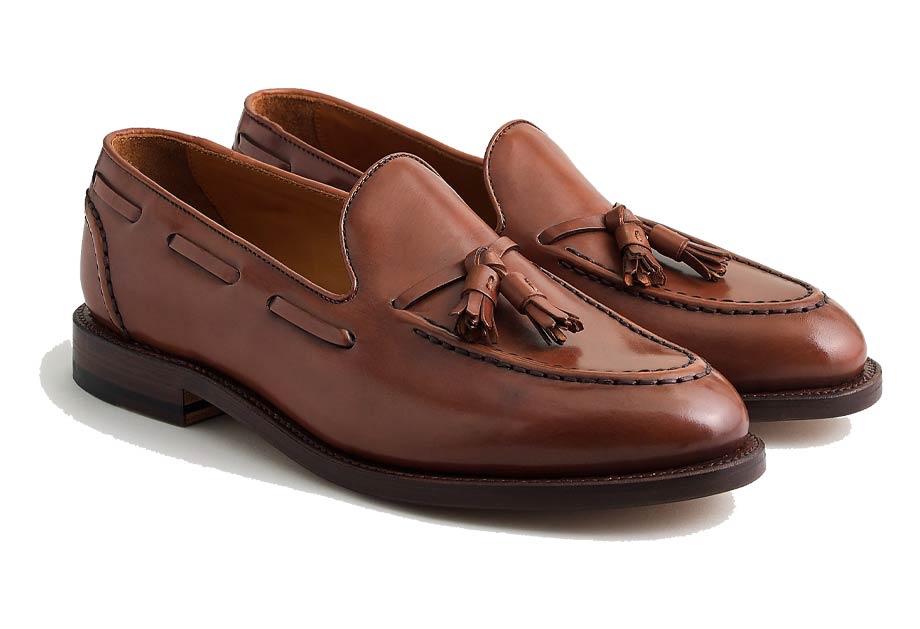 Outfitter to preppy kids everywhere, J. Crew can not only take care of checked shirts and chinos, but the mandatory loafers too. Black, brown, leather and suede options are all available, making the perfect accompaniment to formal looks and even those casual jeans and sweater ensembles on the weekend.
Shop Now 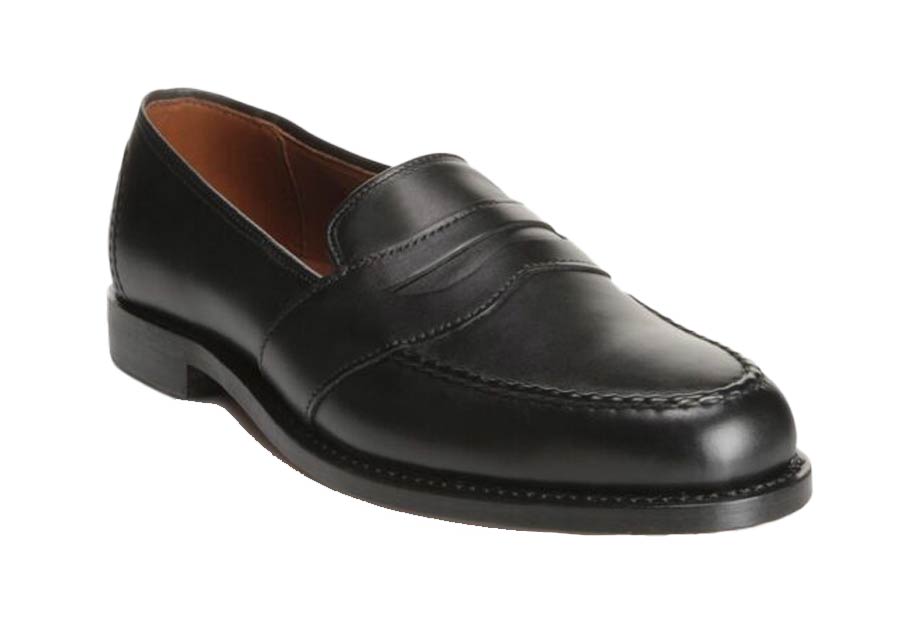 Allen Edmonds was one of the first shoe companies to attempt a new way of building shoes when they removed the instep and stopped using nails. Those same techniques are used today within the loafers collection, which encompasses various colours and styles (tassels and no tassels, for example) and exemplary build quality.
Shop Now 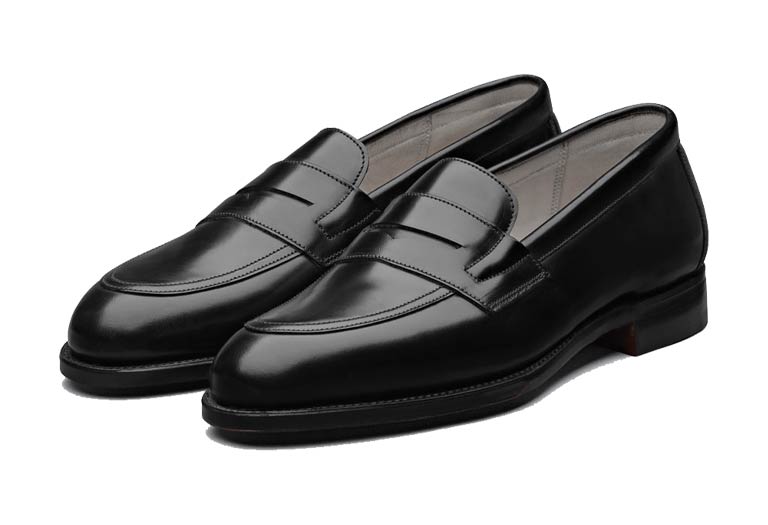 Another of the great Northampton shoemakers, Grenson has been churning out quality footwear since 1866. Turning to classic silhouettes – in the form of lasts – Grenson loafers are timeless, incredibly well made, luxurious, the list could go on. They're fantastic.
Shop Now 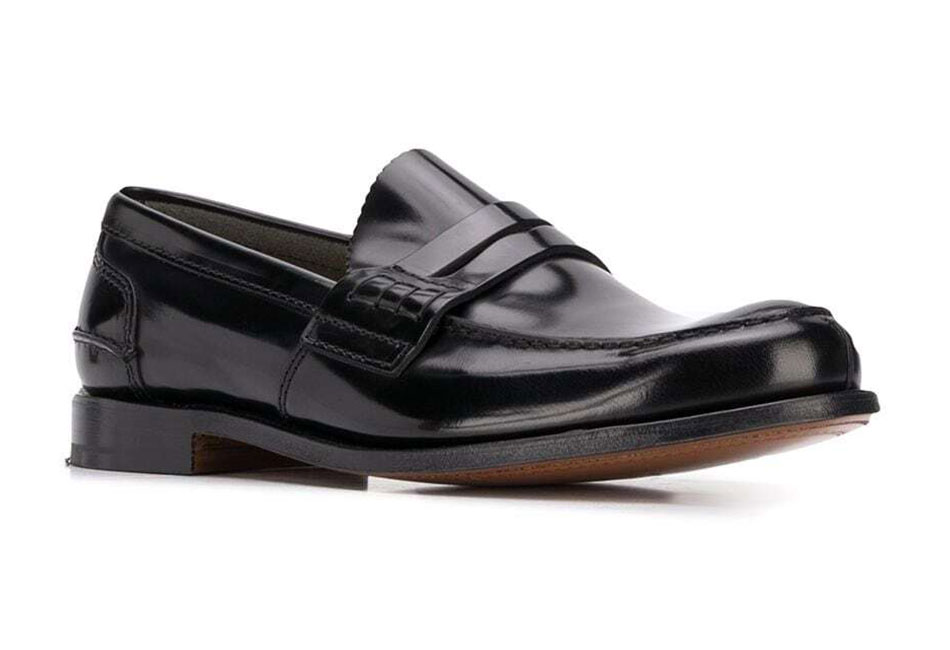 Church’s is one of a small group of British footwear brands to be founded in Northampton, England – a shoemaking mecca – in the late 1800s. With its factory still in the north of England and well over a hundred years worth of experience, Church’s certainly knows how to put together an impeccable pair of shoes. You’ll also find Church’s making cameos on the feet of Daniel Craig in his run of James Bond movies.
Shop Now 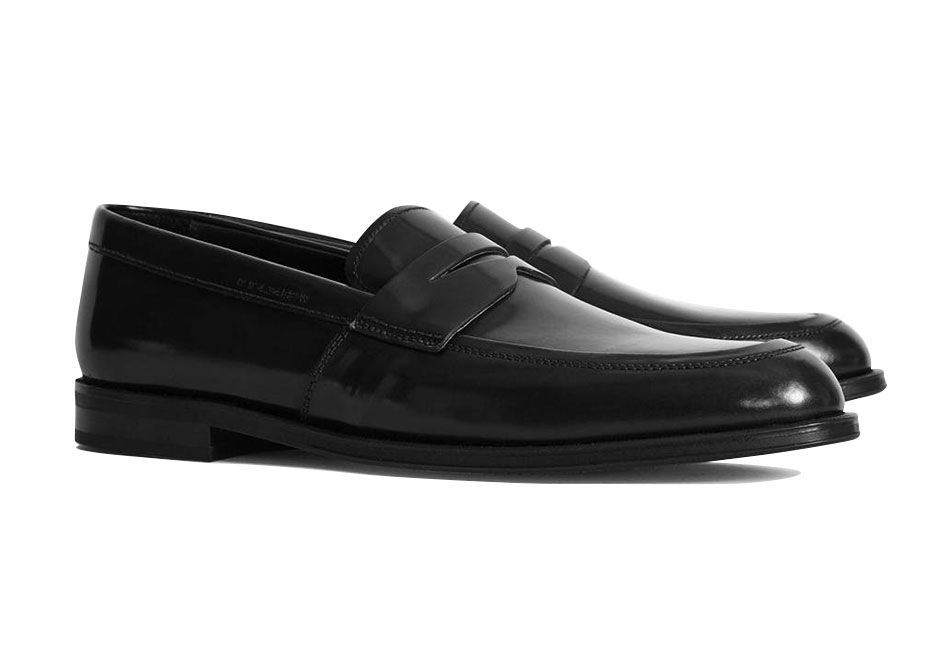 British menswear favourite Reiss was founded in 1971 with a clear direction to offer clothing and footwear that is premium in terms of both look and quality, timeless and easy-to-wear. The vast majority of Reiss’ collections use neutral colours and minimalist aesthetics, with the occasional print or pattern thrown in for good measure, its loafer collection, for example, features primarily suede and introduces less common colours to inject an extra level of flair into your formal looks. 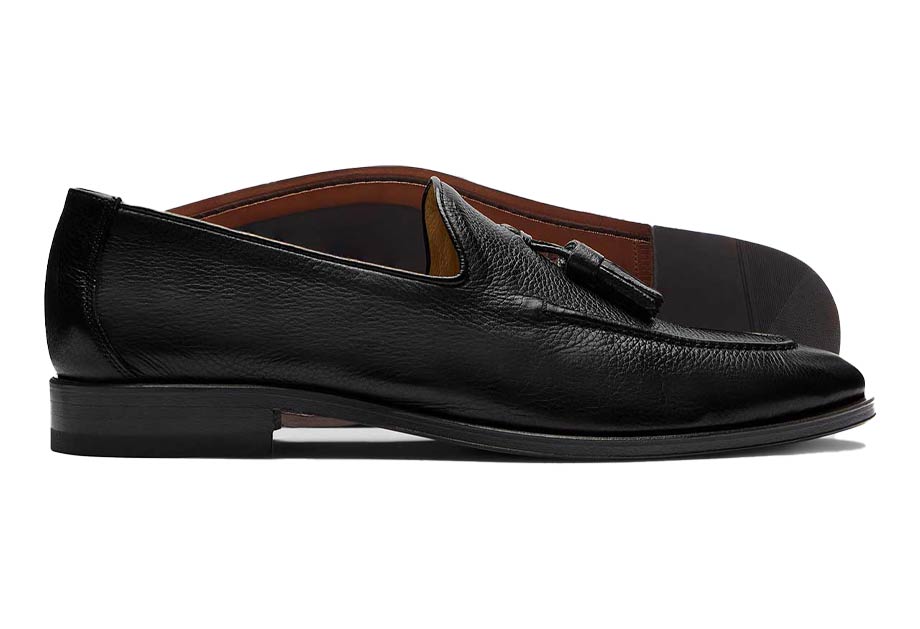 Founded on London's esteemed Jermyn Street, Charles Tyrwhitt is well-versed in helping guys up their sartorial game. Famed for its shirts but an equal dab-hand at suits and shoes, Charles Tyrwhitt's loafer selection is as premium as you'd expect. What makes the brand more appealing is the low price point you pay for the quality you receive.
Shop Now 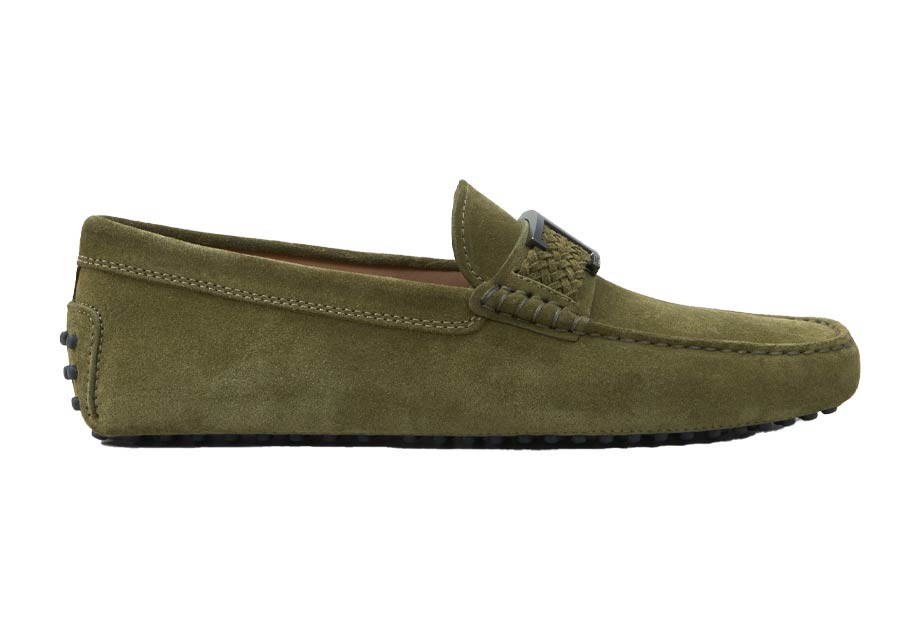 Italian shoemaker Tod's is one such company virtually synonymous with loafers, particularly driving shoes. Called the Gommino, Tod's practically invented the driving shoe category when it bestowed an outsole comprising 133 rubber "pebbles" upon a pair of slip-ons in the 1970s. Continued to be made to an impeccable quality today, they're the epitome of Mediterranean style.
Shop Now 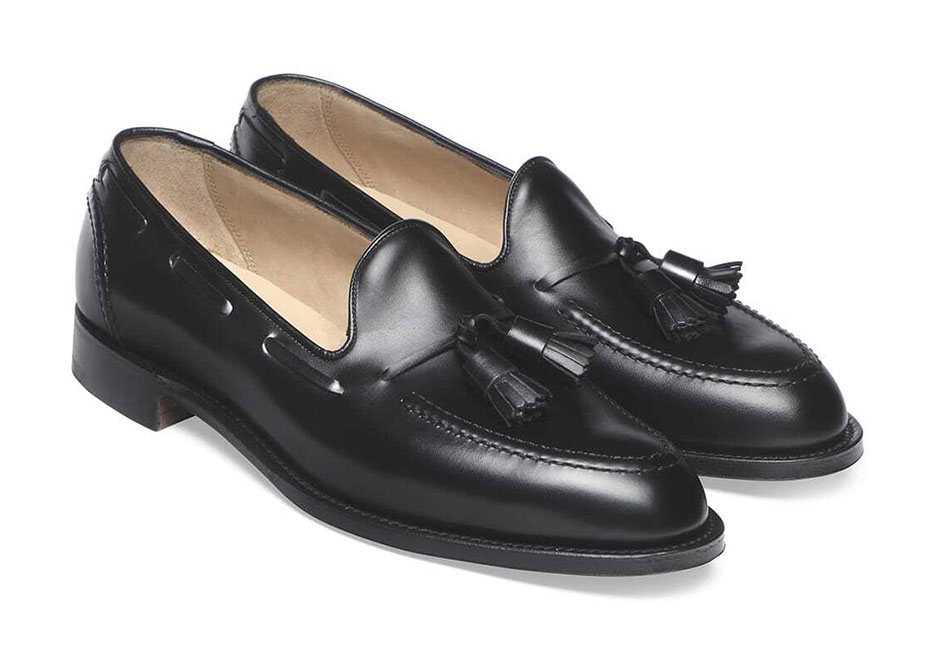 Joseph Cheaney & Sons was founded in 1886 and continues to operate out of the same factory that it moved to tens years later. Another shoemaker to hail from Northampton, England (and one that was eventually bought out by Church’s) Cheaney is a brand to turn to if you’re after high-end luxury, master craftsmanship and timeless style.
Shop Now 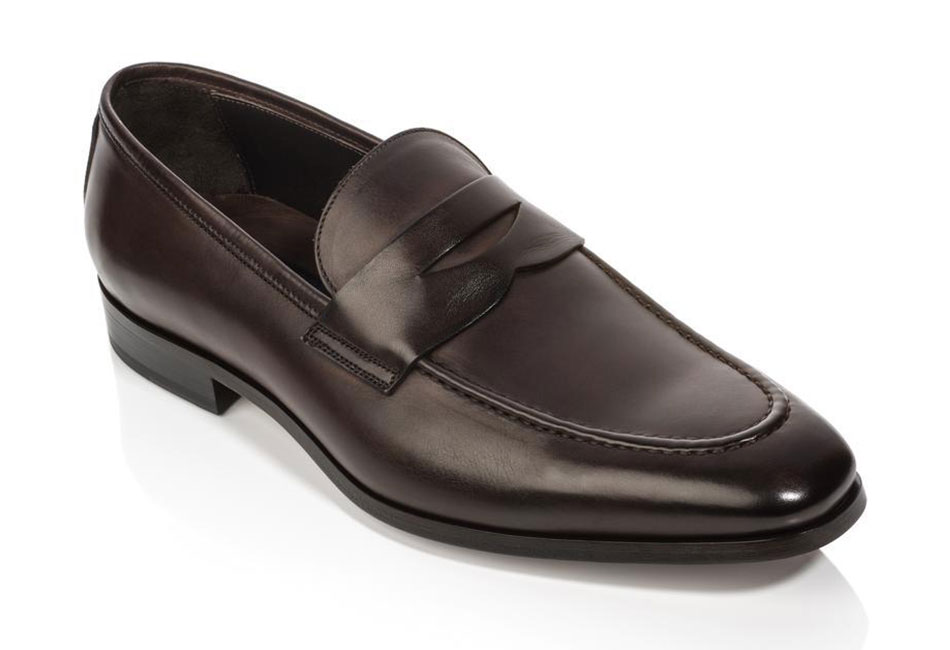 New York-based To Boot has an ever-rotating selection of quality footwear for men, which collections being updated in line with the season. For the summer months, that means an influx of loafers and moccasins, all of which are made in Italian factories from hand-selected and hand-cut French and Italian leathers. Casual and formal styles are both catered to, and we guarantee you’ll appreciate the classic silhouettes and exemplary construction. 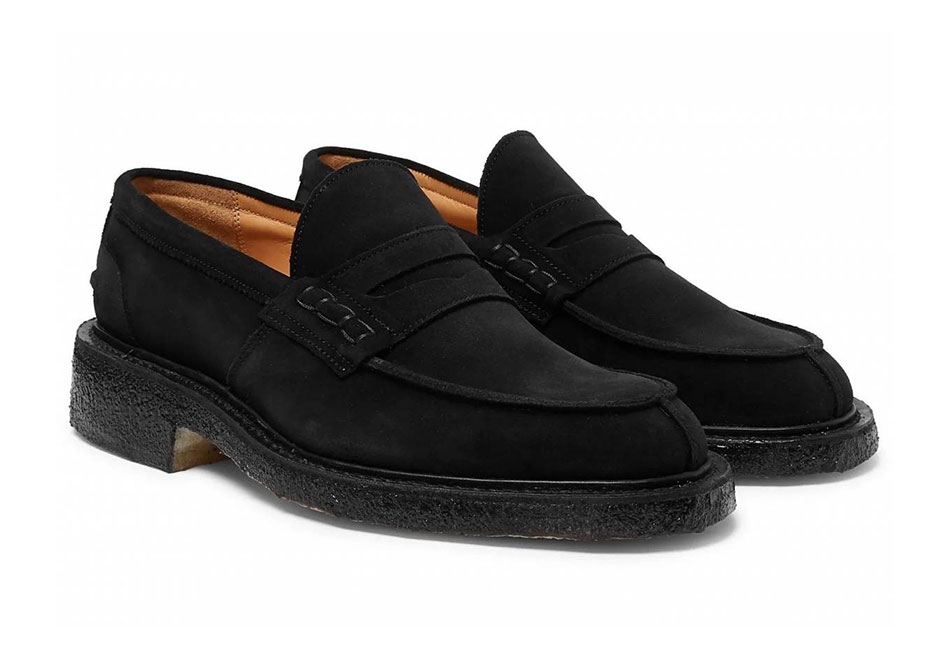 Founded in 1829, Tricker’s comfortably lays claim to being the longest-established shoemaker to hail from England. Famous for its range of ‘country’ boots, Tricker’s footwear continues to be made to incredibly high and exacting standards, while still falling back on traditional production techniques, such as Goodyear Welting.
Every single pair of Tricker’s boots, shoes and loafers are made from start to finish at the Northampton factory, which goes some way to explaining their higher price point. But for outright quality, comfort and longevity, they’re worth every cents.
Shop Now 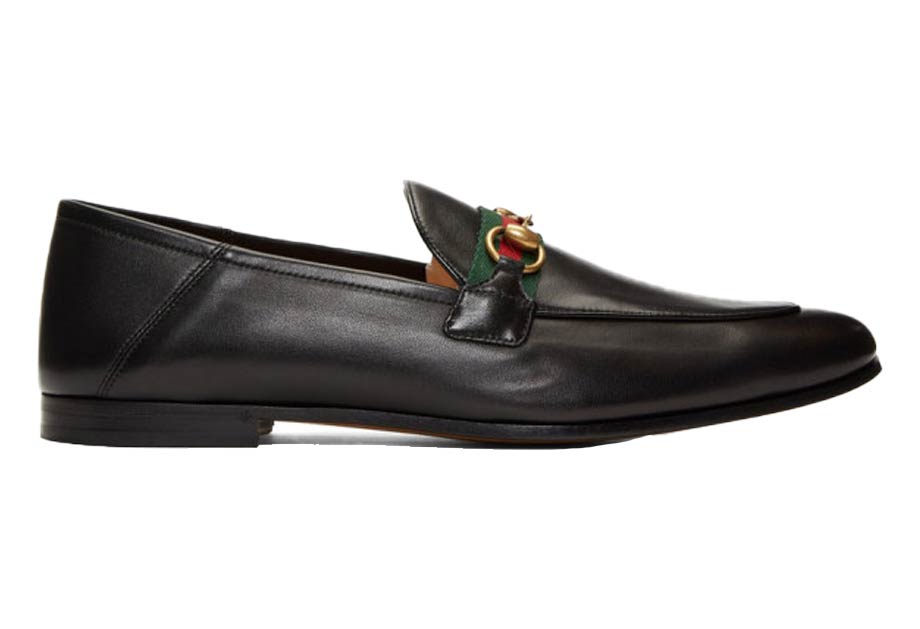 Think men's designer loafers and you can't ignore Gucci. The Italian fashion powerhouse makes some of the finest leather loafers around, from more reserved pairs to those slightly more daring, whether it be through the use of excessive branding, fur, or removing the heel. If you find yourself sliding into a pair of Guccis, then you've made it.
Shop Now 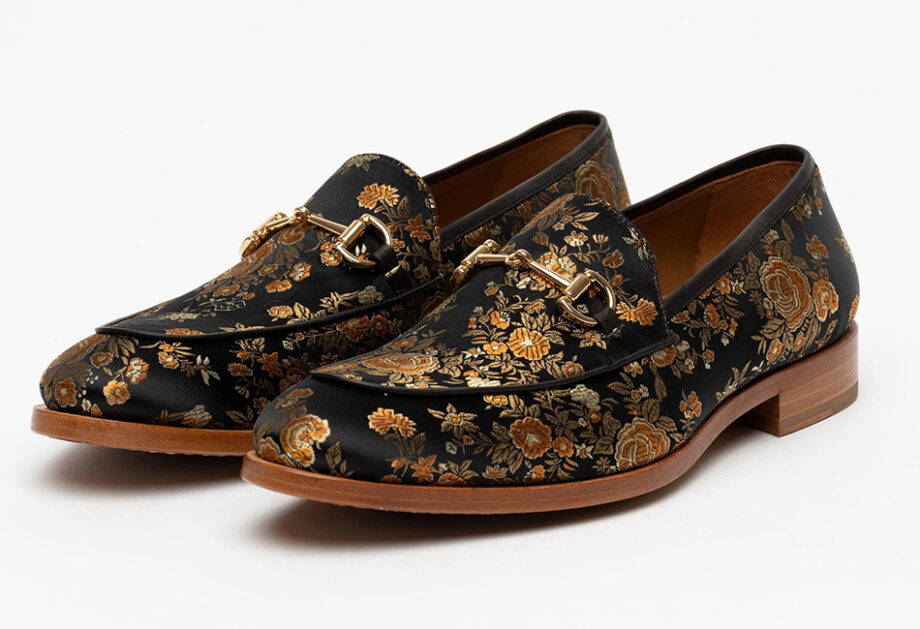 Founded in 2014, TAFT is a men’s footwear brand specialising in unique, bold shoe designs. TAFT shoes are produced in Spain and Portugal with premium textiles ranging from suiting wool, to woven upholstery fabric, to Charles F. Stead leather. Meticulous in their work, intentional in their designs, and obsessive over what makes the cut, TAFT has become well-known for their extremely well-made unique men’s shoes.
TAFT has a huge range of extremely well crafted loafers, all made with premium leather, in a variety of unique styles that’ll make you stand out in a crowd.
Shop Now 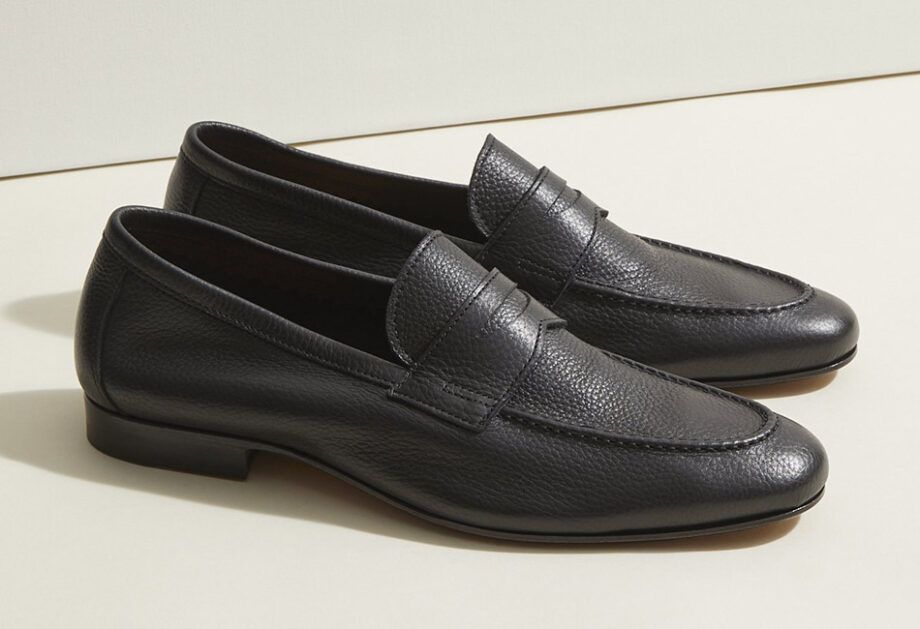 Founded in 2013, Jack Erwin was launched with one sole purpose: to create truly timeless men’s shoes. Partnering with the finest factories and artisans in the world, creating custom styles, and eliminating costly markups and middlemen that drive up the costs of other quality dress shoes, Jack Erwin produces some of the best men’s footwear available that’s surprisingly affordable.
Jack Erwin has a great range of men’s loafers that are minimal in design and elevated in construction.
Shop Now 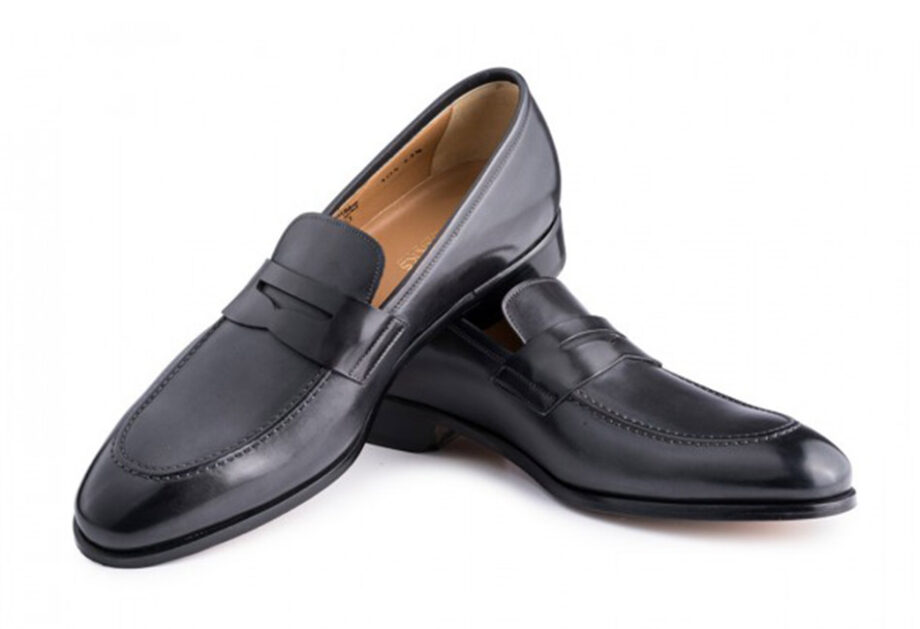 Founded in 2012, Ace Marks believes that men shouldn't have to spend obscene amounts for a handcrafted world-class shoe. Using modern technology, to cut out middlemen and their markups, Ace Marks can directly deliver cleverly contemporary, utterly luxurious, and comfortable shoes (which rival those of the top luxury brands) all at an attainable price.
With a huge range of men’s loafers, available in multiple stylish colours, you’re sure to not only feel comfortable but also make a lavish powerful statement when rocking a pair of Ace Marks loafers.
Shop Now