Surfing is hard enough at the best of times. From the ‘one last wave’ curse (which inevitably results in you not being able to catch a wave for at least half an hour) to broken bones, banged up boards and leaky wetsuits, there’s a lot you have to put up with to get those broad shoulders and beaming tan.

Surfing isn’t just about Eastern (suburbs) mysticism though. Sure: the old blokes may hark back to the days of uncrowded Bali sessions and the classic lines you can draw with a waterlogged single fin, but even the most stoic shred heads can’t deny there’s no better feeling than fresh fibreglass under your arm.

But where there is ecstasy there is also peril. And we’re not talking about threading the needle at low tide Cape Solander: if you buy the wrong board, not only will you be $800 in the hole, you’ll also face such problems as your friends mocking you for not being able to catch a wave, bogging every second rail, and cursing the thing every time you put it in the car.

Not to mention dealing with dickheads on Gumtree or Facebook Marketplace to offload it.

In other words: picking the right surfboard is key to your performance, bank account, sanity and social status (among other, vital, things).

When buying a surfboard there are a number of crucial factors to consider: length, thickness, volume, and brand.

Depending on which way you glide, you’ll want a longboard, midlength, fish, or shortboard. For more information on which one to pick, we’ve got a specific guide on learning to surf (and picking the perfect beginner’s board) here. For everyone else: length is determined by your style (if you want longer, more drawn out turns, get something longer, if you want something more wiggly, go shorter), personal preference and weight. Generally speaking, you’ll be looking at 9-11ft for a longboard (or gun), 6’6″ to 7’10” for a mid-length, 6’2″ to 7’2″ for a step up, 5’5″ to 6’5″ for a shortboard and 5’0 to 6’0″ for a fish.

The oldest cheat code to short boarding better is to buy something thinner and wider. This is because it will be stabler, paddle better (or equally as well), and you will catch less rail when turning (i.e you won’t bog so much). Of course, you can’t take it too far, or you simply won’t float, but thickness is one of the first places you should look to sacrifice when you progress in ability and are looking to cut down the size of your board (or perform more advanced manoeuvres), especially in small to medium waves. On the flip side, if you’re ordering a step up or gun, and are looking for a board that can handle going very fast in a straight line, with lots of projection, then you will be looking at something narrower, thicker, and less forgiving.

Generally, all longboards and fish surfboards will be quite wide and forgiving, while shortboards, step-ups and guns will be relatively narrow. The wider the board the more forgiving it will be for marginal conditions and marginal riders.

What is the best surfboard brand?

Who makes the best fish surfboard?

Thanks to Asher Pacey's sublime antics on it, DHD is widely regarded as making the world's best fish surfboard.

What surfboard brands are Australian?

Who makes the best longboard surfboard? 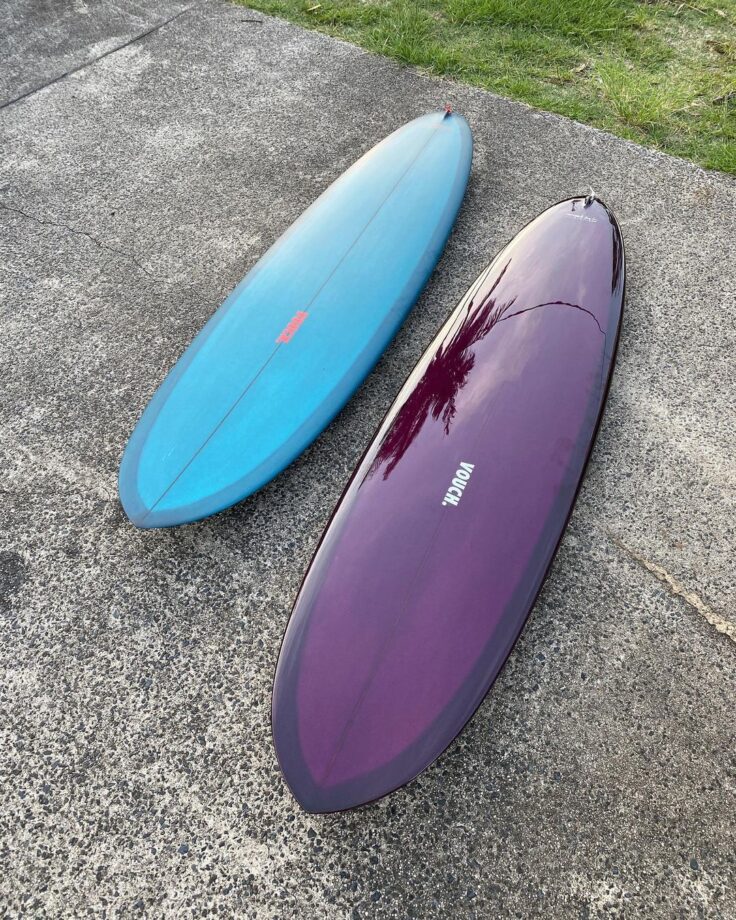 Made with extreme love and care in Byron Bay, Vouch are probably the best looking boards on any beach. Vouch live and breath surfing and it shows in the level of detail you'll find in their range of surfboards.
Shop Now 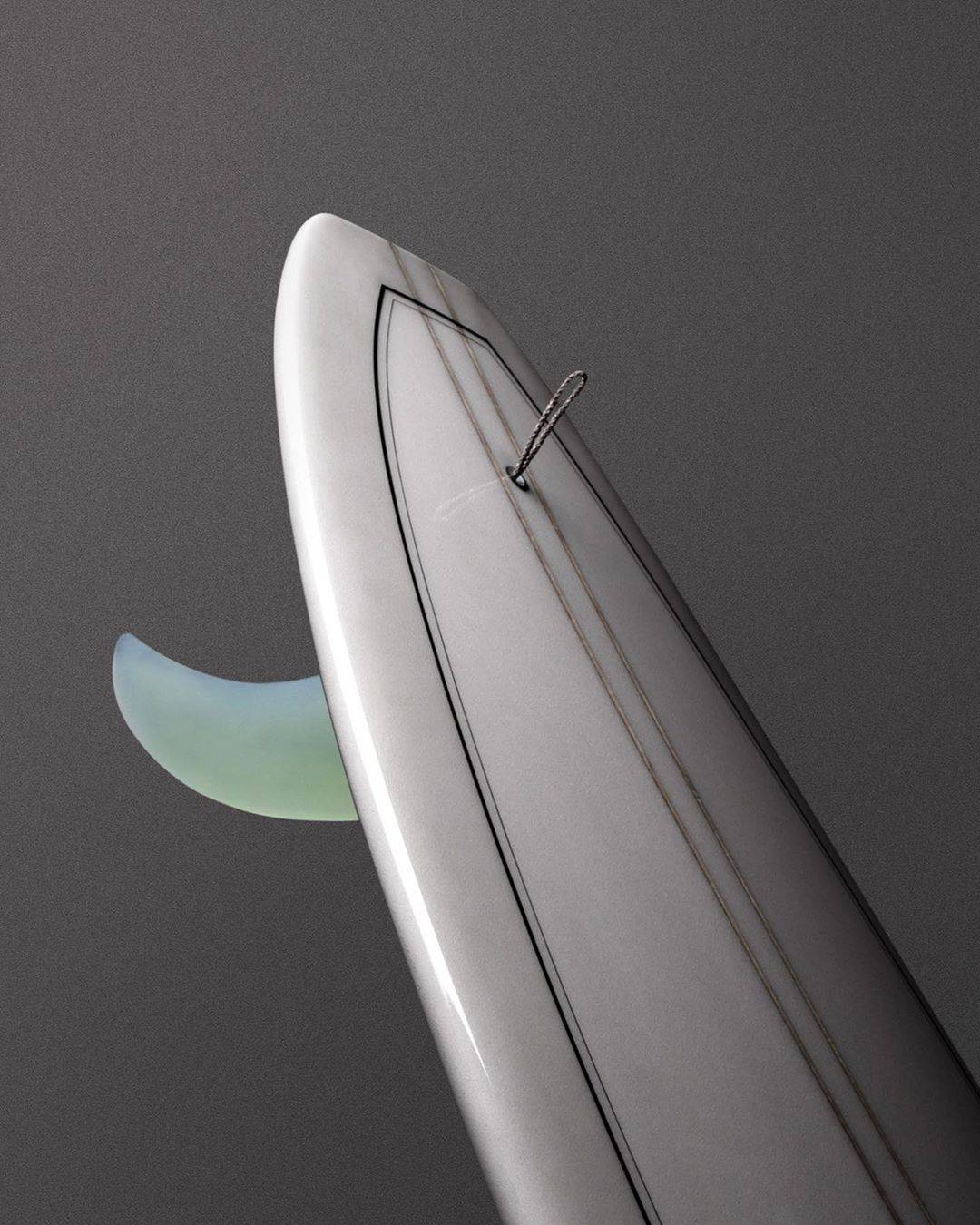 Founded in 1962, McTavish Surfboards is a much-respected surfboard manufacturer based in Byron Bay, Australia. Bob's larrikin personality and contributions to surf culture mean a McTavish board is more than a flotation device, it's a piece of history. They are also known for being crafted with excellence, and the brand's values of excitement, fun and adventure (as their guiding principles) make McTavish one of the best Australian surfboard brands.
Shop Now 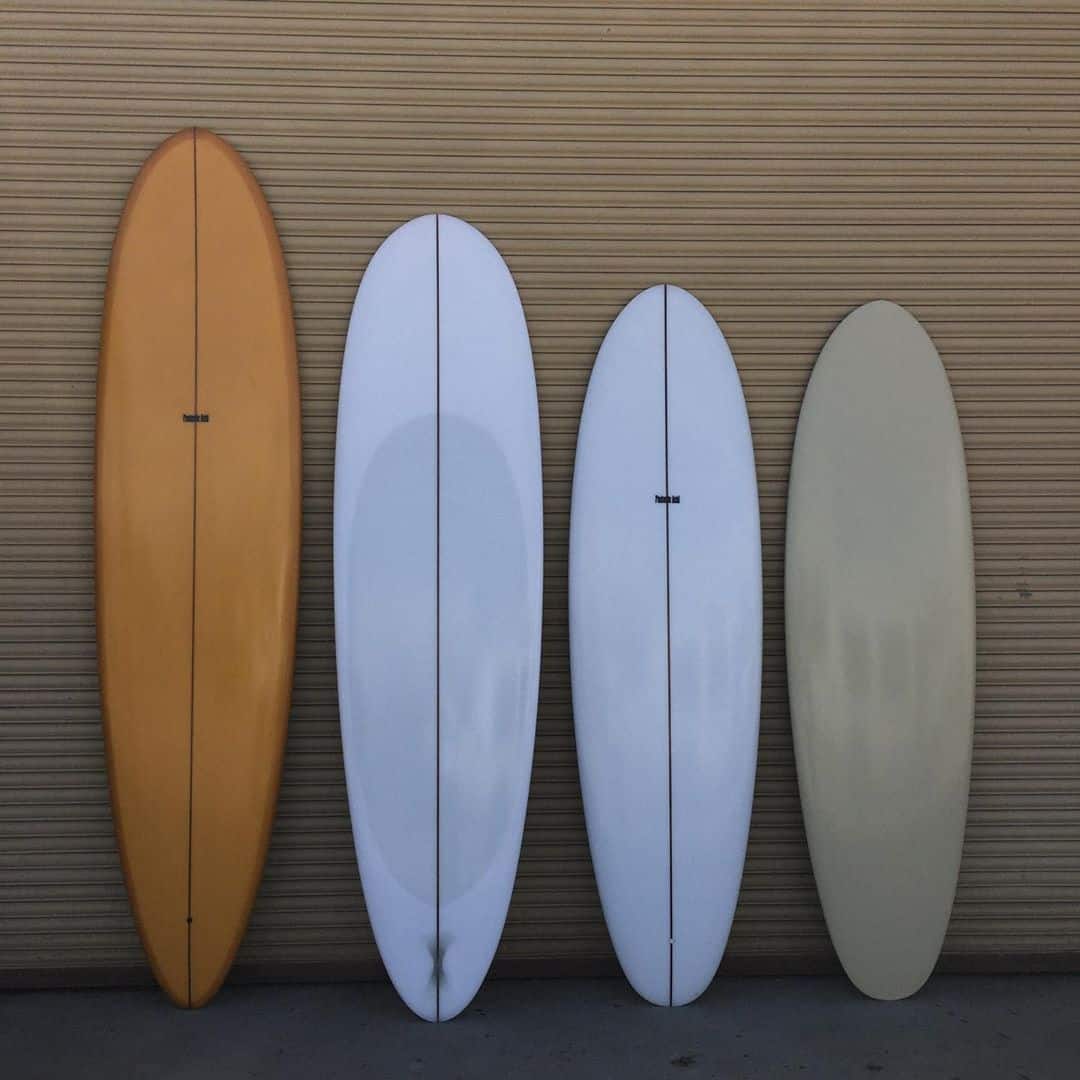 Hard jazz, handshaped surfboards. Fantastic Acid, a surfboard brand driven by the intense surfboard designs from the 70s, is experimental, radical, and sleek. Fuelled by intense hands on research, shaper Tristan Mausse generates velocity and smoothness in a way only a shaper who has dedicated his whole life to understanding 'displacement hulls', ever could. He started off repairing dings in France as a teenager and picked up shaping when he moved to Bali. His boards are now in stock in Uluwatu or available to be ordered online anywhere in the world.
Shop Now 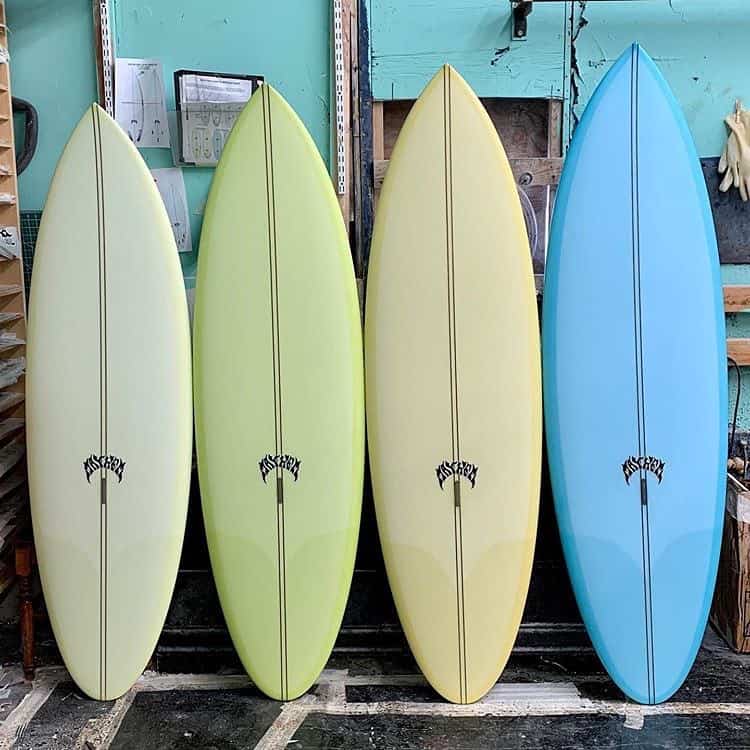 Lost Surfboards is the proud brand of legendary shaper Matt 'Mayhem' Biolos and his business partner Mike Reola. The brand is now an international enterprise but with the funky heart of a classic surf brand (arguably the funnest freesurfer alive, Mason Ho is sponsored by them). Lost makes boards for some of most progressive surfers on tour (San Clemente's prodigal son Kolohe Andino springs to mind) as well as many weekend warriors seeking to emulate their antics on some of the best equipment possible.
Shop Now 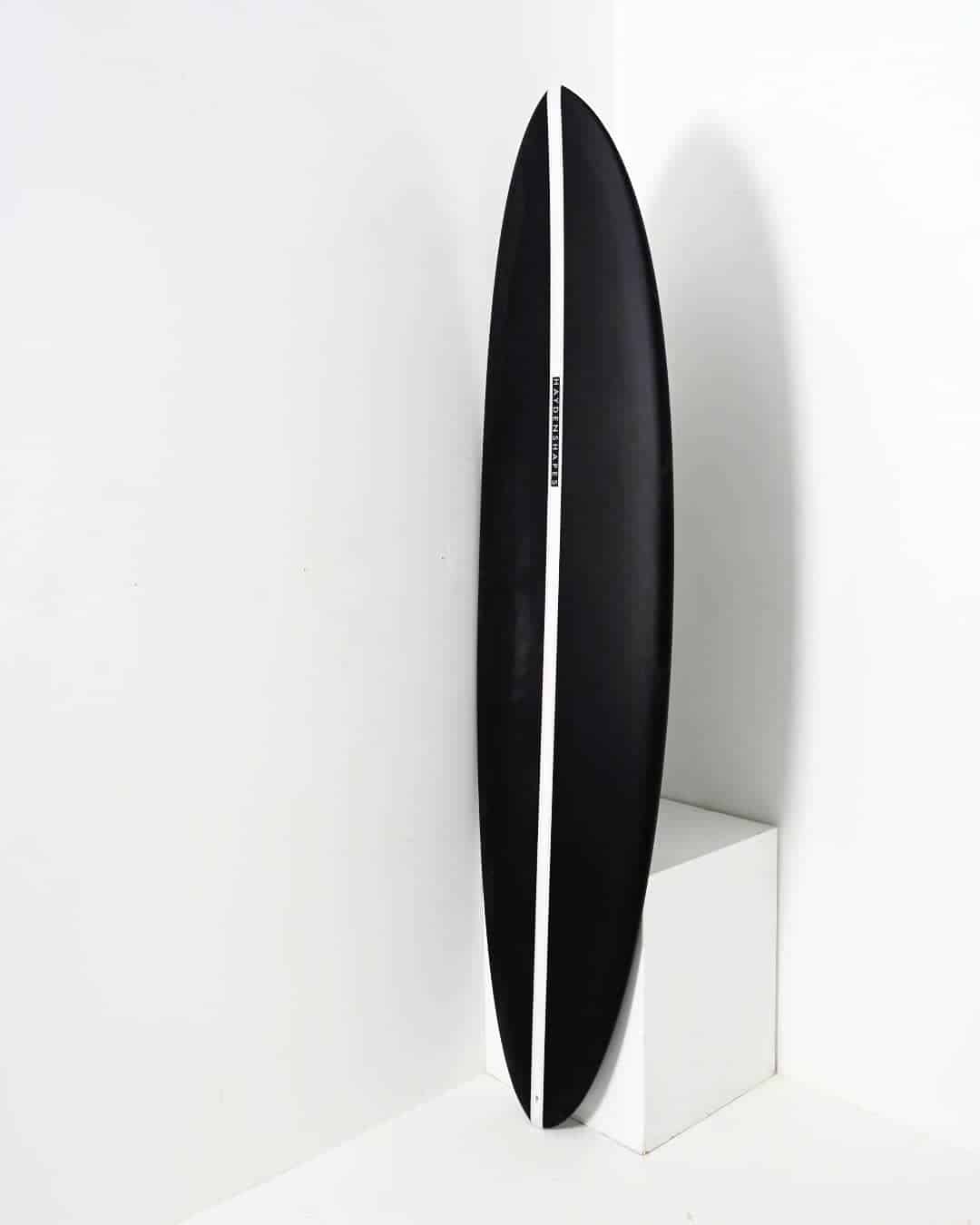 If you're after innovative performance surfboards with super sleek designs, Haydenshapes is where it's at. Hayden Cox, the creative brain behind the operation grew up on Sydney's wave rich Northern Beaches and – inspired by the likes of Simon Anderson – set out to shape a new wave of boards in his teens and twenties. He shot to fame with award winning design 'The Hypto Krypto' (the 2014 and 2015 surboard of the year) and his patented future flex technology, and the rest is history. His boards are easy to ride, popular with freesurfers, have lots of flow, and are kind on the eye.
Shop Now 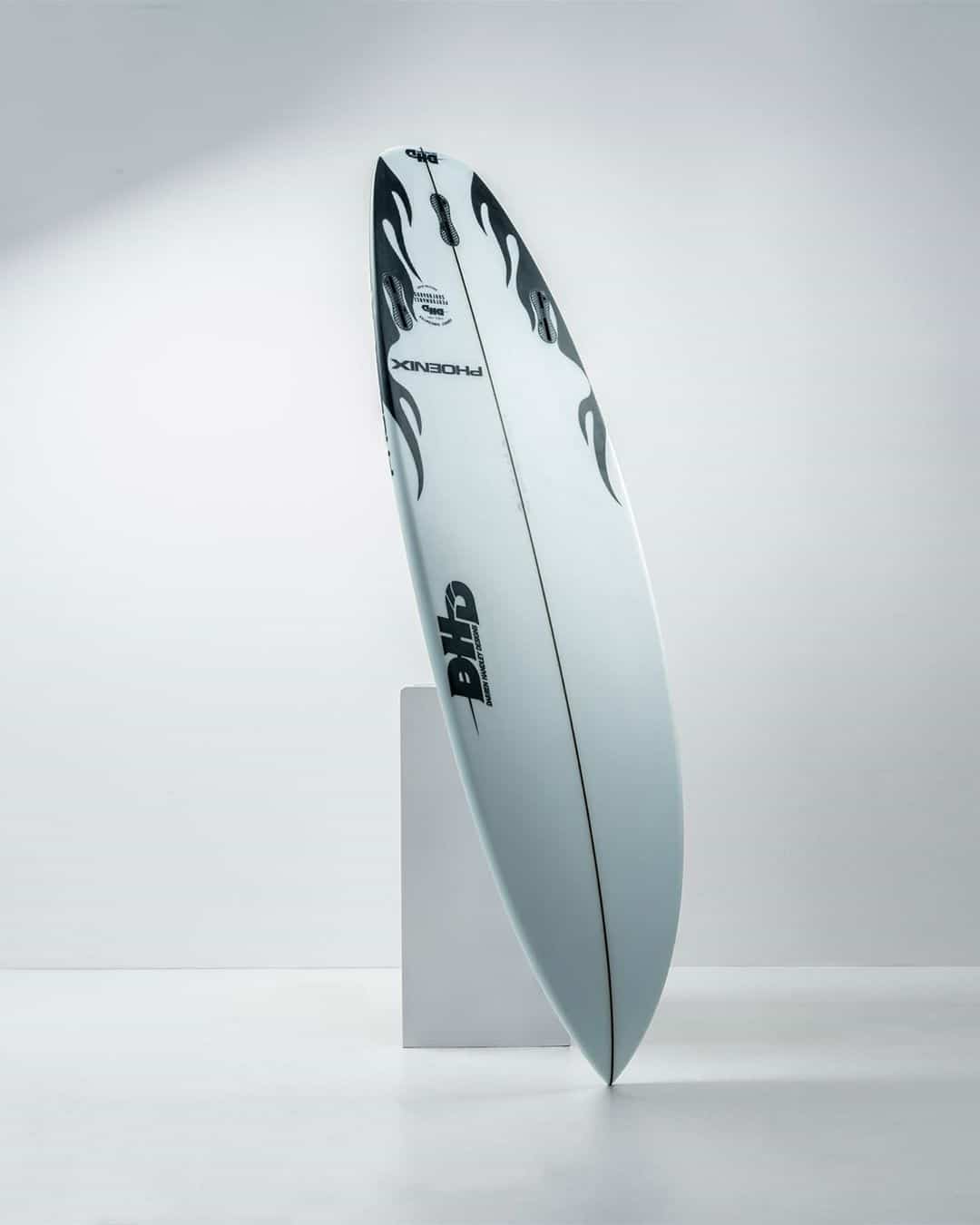 Australian surf legends Mick Fanning and Stephanie Gilmore's shaper of choice, DHD (Darren Handley Designs) offers the pinnacle of performance surfboard design loved by many of the best surfers in the world. Based on The Gold Coast, it's only natural that DHD makes excellent boards for down the line point breaks, as well as beach breaks like DBah. If you're looking to take your performance to the next level, this could be your next stick.
Shop Now 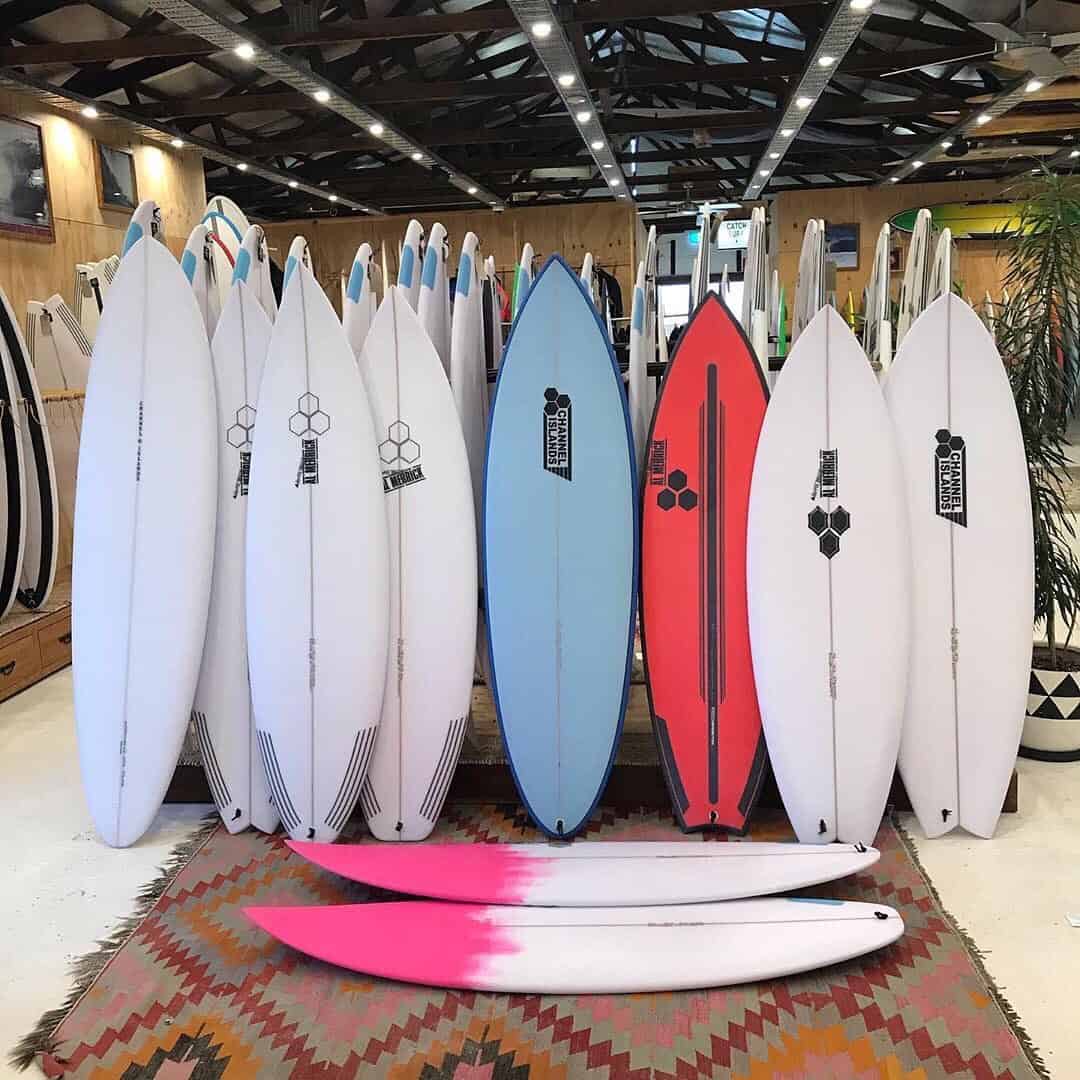 The yardstick for good surfboards, Channel Islands is the professional surfer's board of choice. Started by legendary shapers Al and Terry Merrick back in 1969, the brand has gone from strength to strength. It was the symbol style-master Tom Curren had under his feet in the 90s and, more recently, was the brand Kelly Slater had under his feet for all 11 world titles. Channel Islands boards (also known as Al Merricks) are known for being high quality, responsive, smooth, expensive, and, particularly when it comes to short boards, easy to bruise. But hey: if the likes of Dane Reynolds and Kelly Slater ride them, we'd expect nothing less.
Shop Now 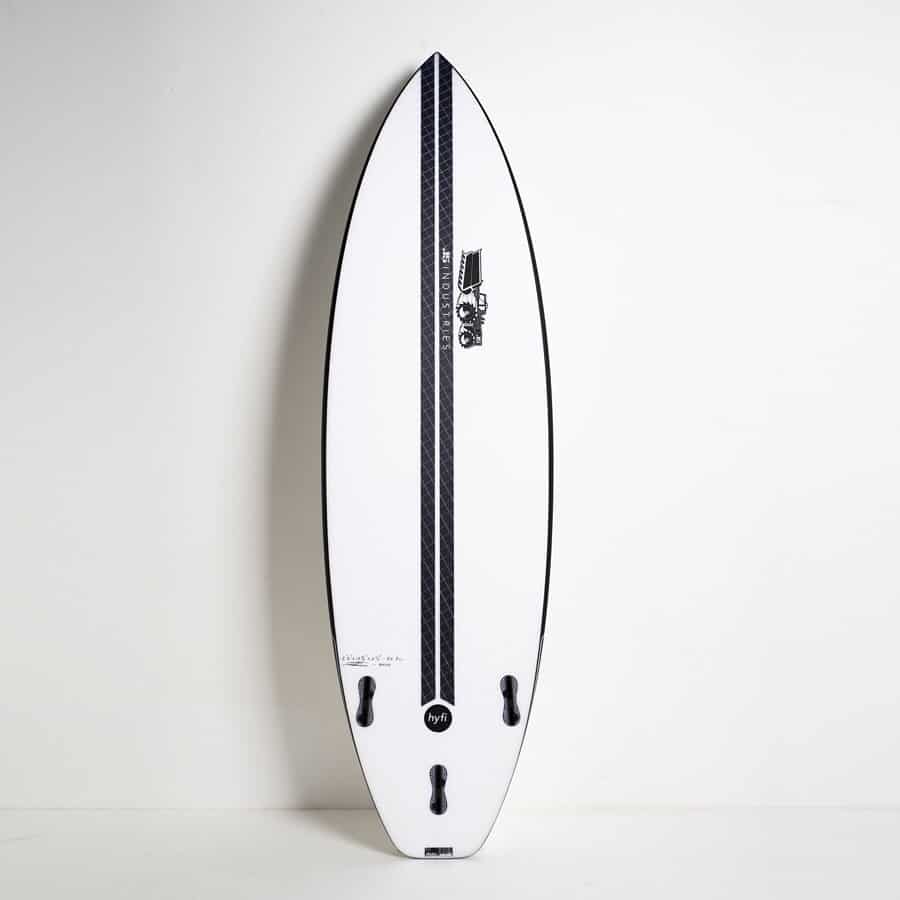 JS industries has become one of the most respected names in the world of performance surfboard design. Jason Stevenson (founder, owner and shaper) has built the company from the 'foam up' and his passion for wave riding has seen him build strong relationships with a world class team of loyal surfers. Still not sold? If it's good enough for Joel Parkinson and Julian Wilson, it's good enough for you (Conor Coffin just joined too). These boards are great for everything from beach breaks to point breaks – just make sure you pick a model suitable to the conditions you most often ride.
Shop Now 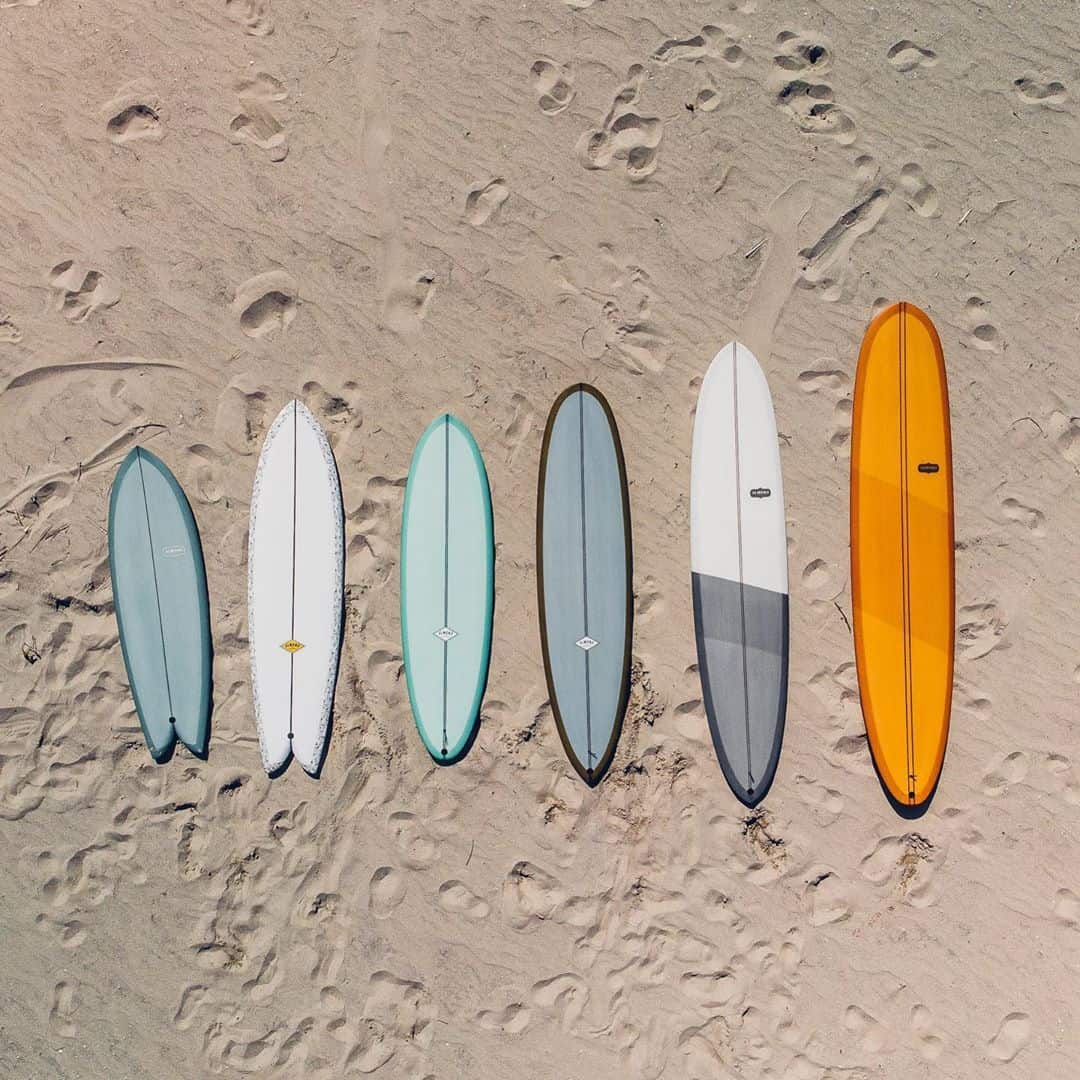 'Good honest stuff for good honest people.' Almond Surfboards are a California classic, with a heavy focus on longboards, funboards and fish. If you like to go fast and smooth, and catch waves easily, this handshaped brand is an easy choice. Founded in 2007, Almond Surfboards aim to be the premiere lifestyle brand of the surfer craftsman, creating beautiful, functional boards that stand the test of time.
Shop Now 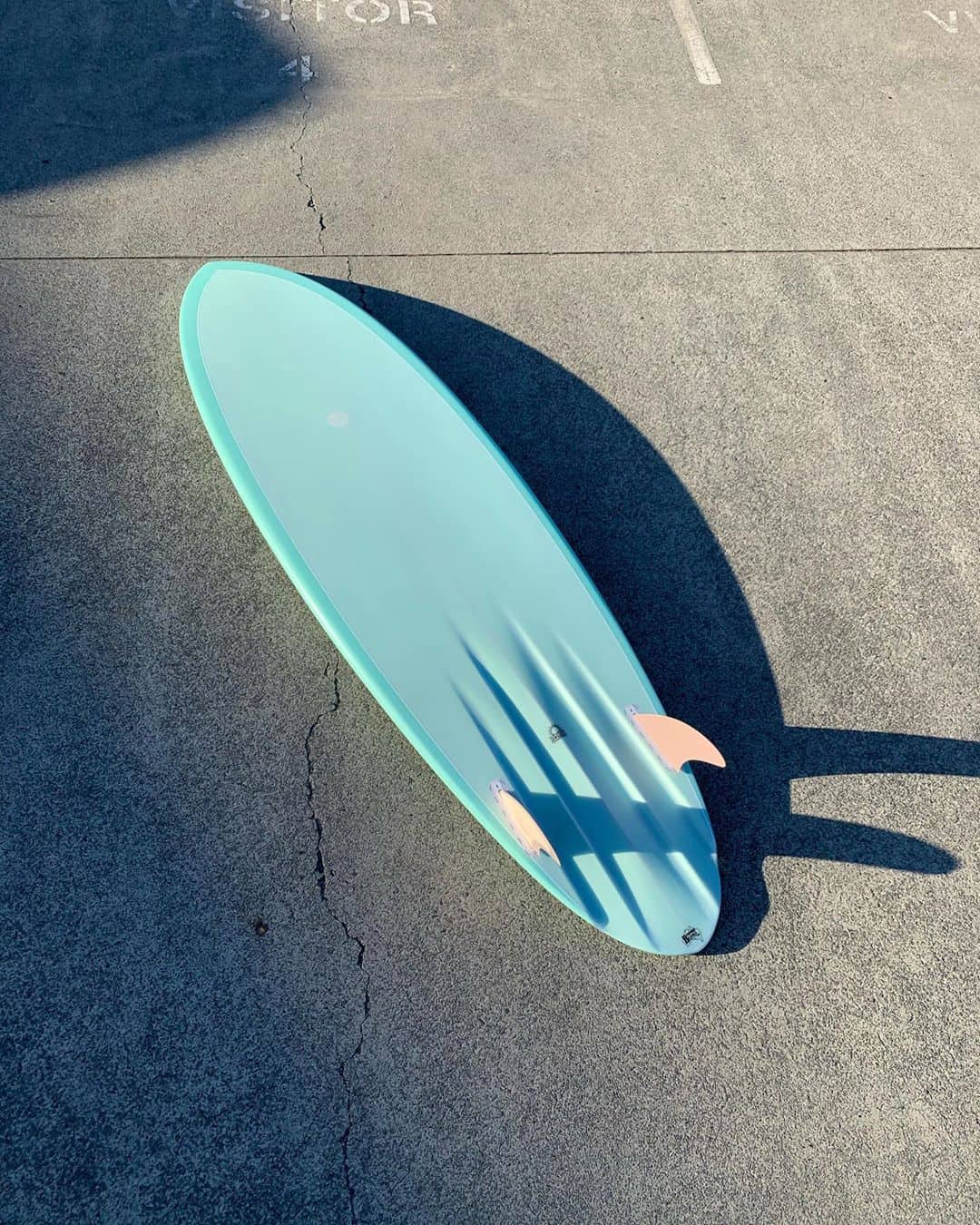 Hand shaped board straight out of the Gold Coast's Currumbin, you can't argue with Eagle Sword's oceanic pedigree. These boards are made with love and passion and shaper Ash Ward's intention is to inspire exploration in your everyday surfing, by providing you with the equipment to do so.
Shop Now 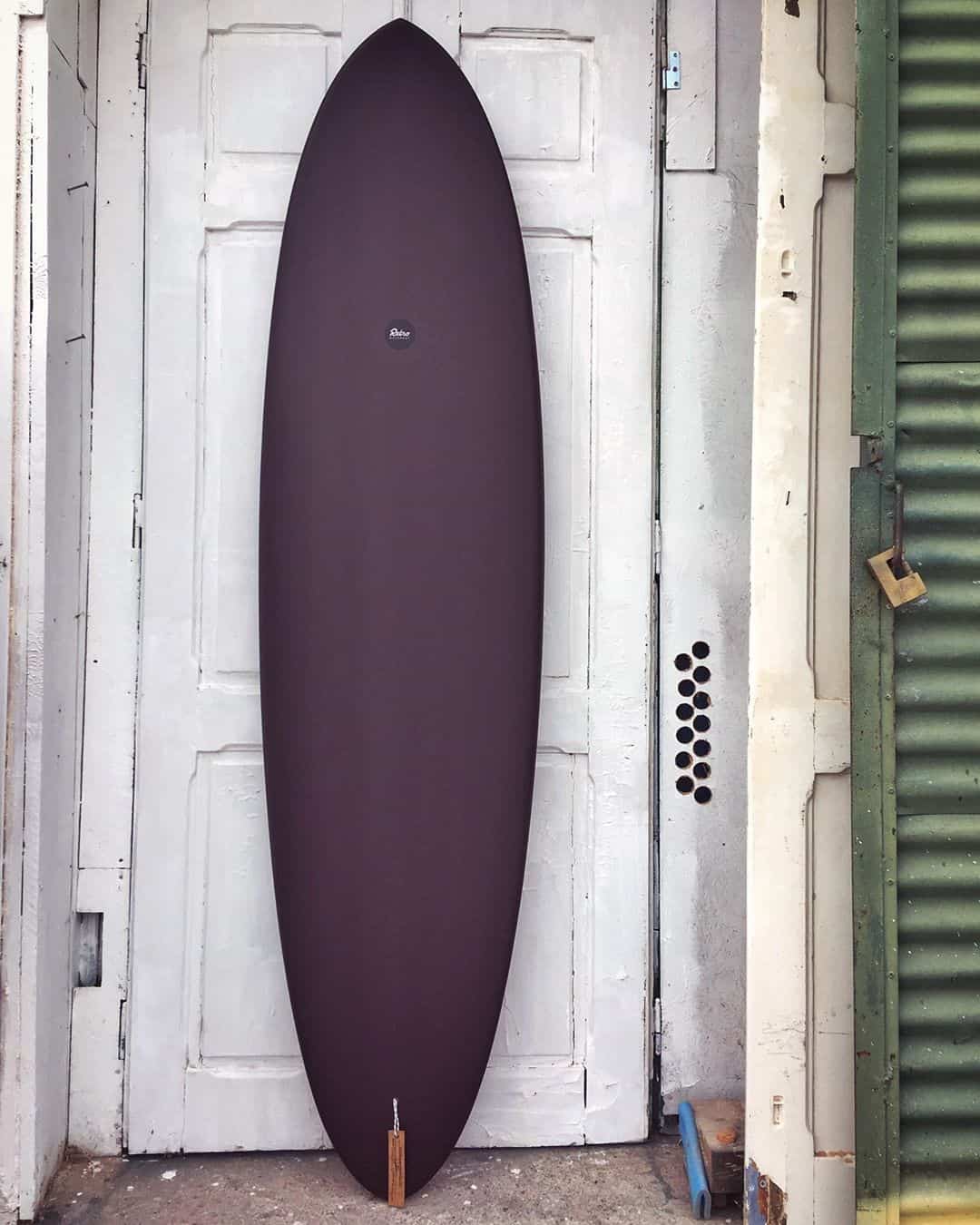 From bonzers to logs to rhino chasers to single fins (to twinnies) Retro Movement surfboards are all handmade entirely by shaper Dan Costa – a guy who has been all around the world and who started off with humble beginnings, living out of a caravan in Portugal's Porto Covo to make his dream happen. Now he spends his time customising boards for each of his customer's needs. Each model stems from old designs and is brought to life with Retro Movement's trademark modern magic and flair.
Shop Now 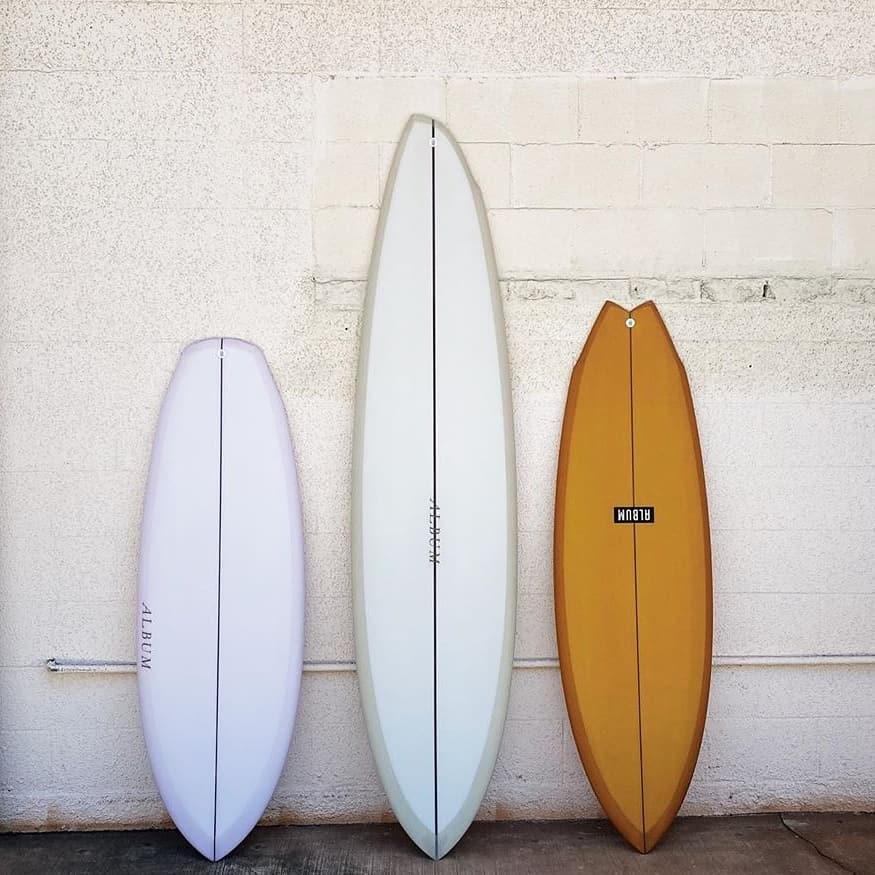 Kicking about since 2001, Album Surfboards is a twin fin lover's dream and one of Asher Pacey's board brands of choice. Which speaks (sprays?) volumes about the brand's quality. All up Album is a funky custom surfboard maker – which specialises in handmade alternative shapes – in California.
Shop Now 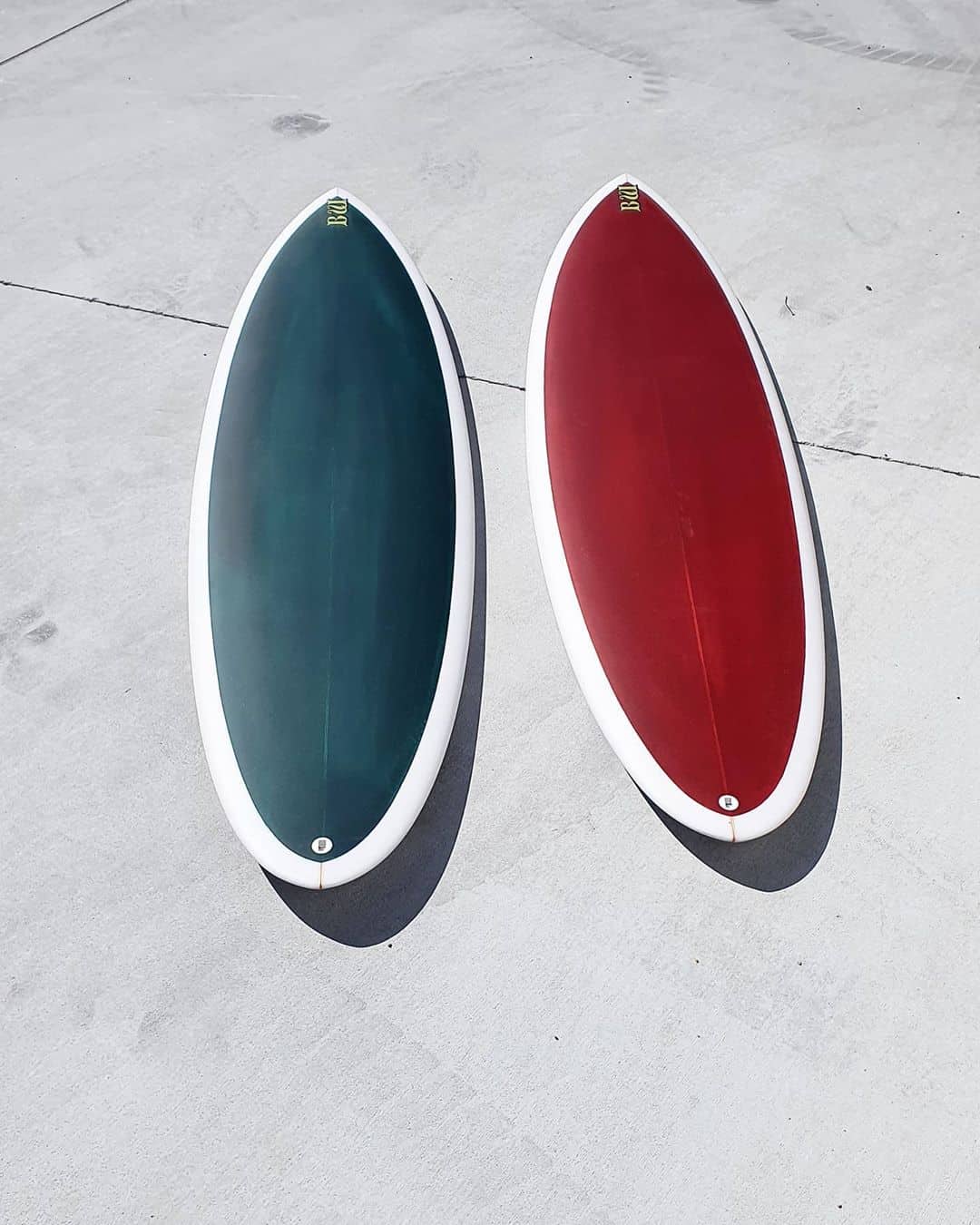 A classic Gold Coast brand (it's located just south of Australia's city of sin), Ben Webb makes sticks that go like the wind and carve like a Japanese blade. From shortboards to squashed down pocket rockets, this local manufacturer has you covered, whatever your aims.
Shop Now 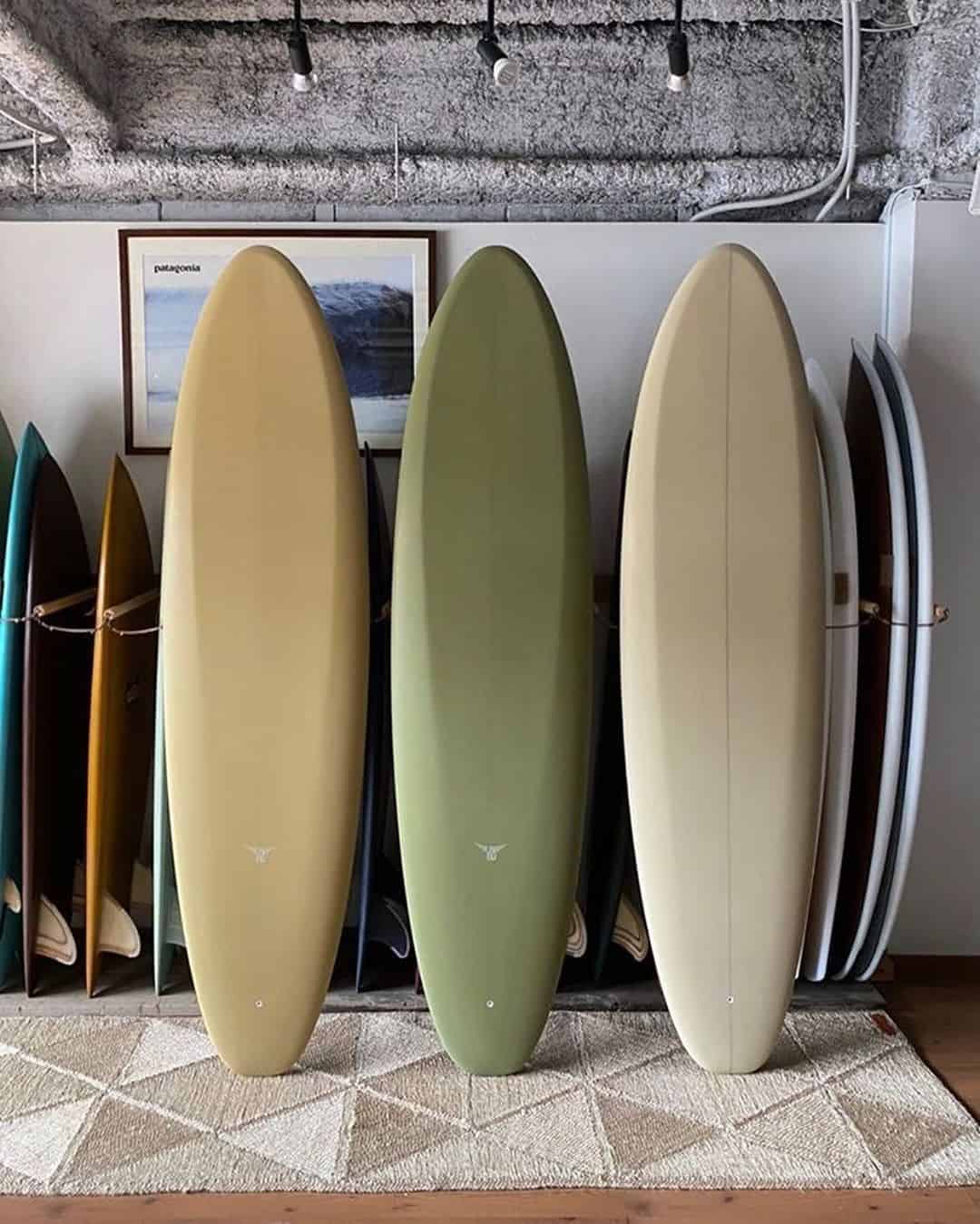 A radical twin fin specialist, Josh Keogh makes hand shaped fish, and channel bottom surfboards like no other. Josh grew up in Merimbula on the far south coast of Australia's New South Wales, cutting his teeth on classic south coast breaks. He was also influenced by visionary South Coast shapers like Terry Glass and Mick Mackie. This, combined with a free-thinking conceptual approach has seen Josh, who started shaping at 18 due to a back injury keeping him out of the water, go from strength to strength in the shaping world.
Shop Now 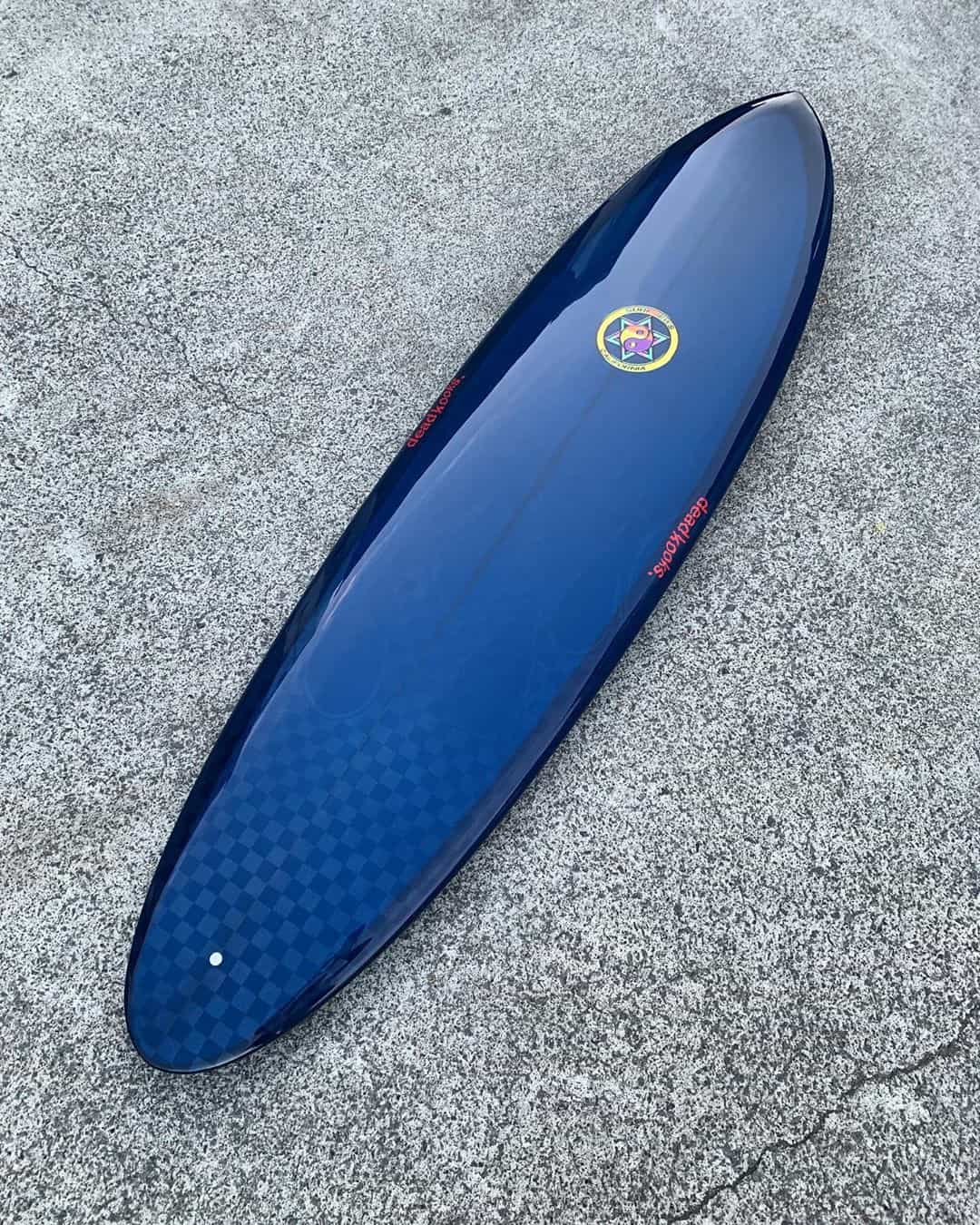 Dead Kooks made the infamous 5'3" twinny Stephanie Gilmore rode that time at Malibu. Dead Kooks specialise in handmade surfboards and have workshops in both Australia's Byron Bay and the USA's Southern California. Eden Saul, the head honcho shaper, makes high end resin work look easy, and collaborates with the best glassers in the game to bring you some of the world's best longboards, twin fins, fishes and shortboards.
Shop Now 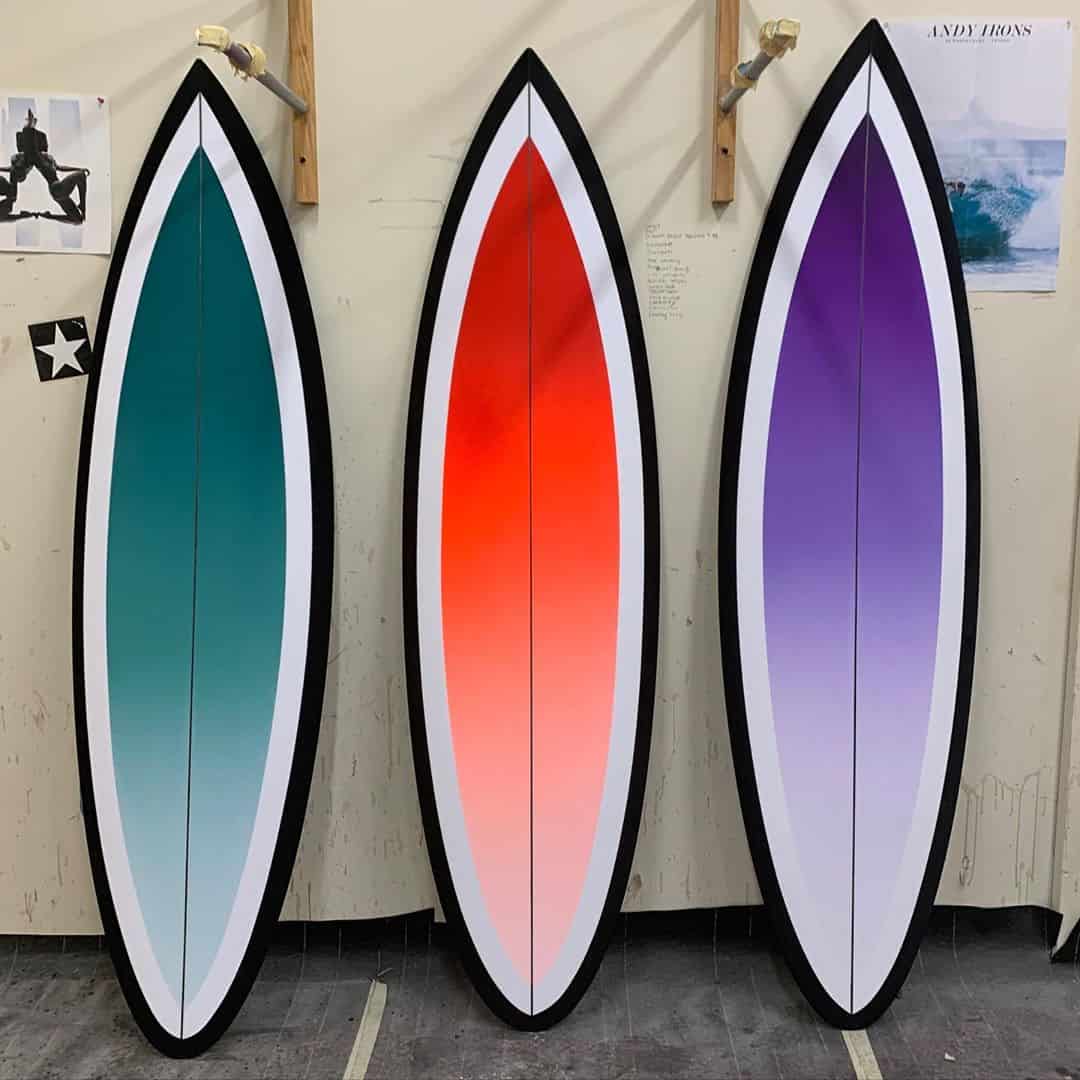 Need we say anything more than John Florence? This Hawaiian brand, founded by shaper Jon Pyzel, is the board of choice for professionals the world over. It is also the go-to stick of choice for intermediate to advanced amateurs, particularly in powerful locations like Hawaii, Western Australia (team rider and two time world champ John Florence made history at Margaret River in 2017 riding a Pyzel Ghost) and Indonesia. A shortboard specialist, Pyzel has also lately branched out into fun boards and small wave craft as well.
Shop Now 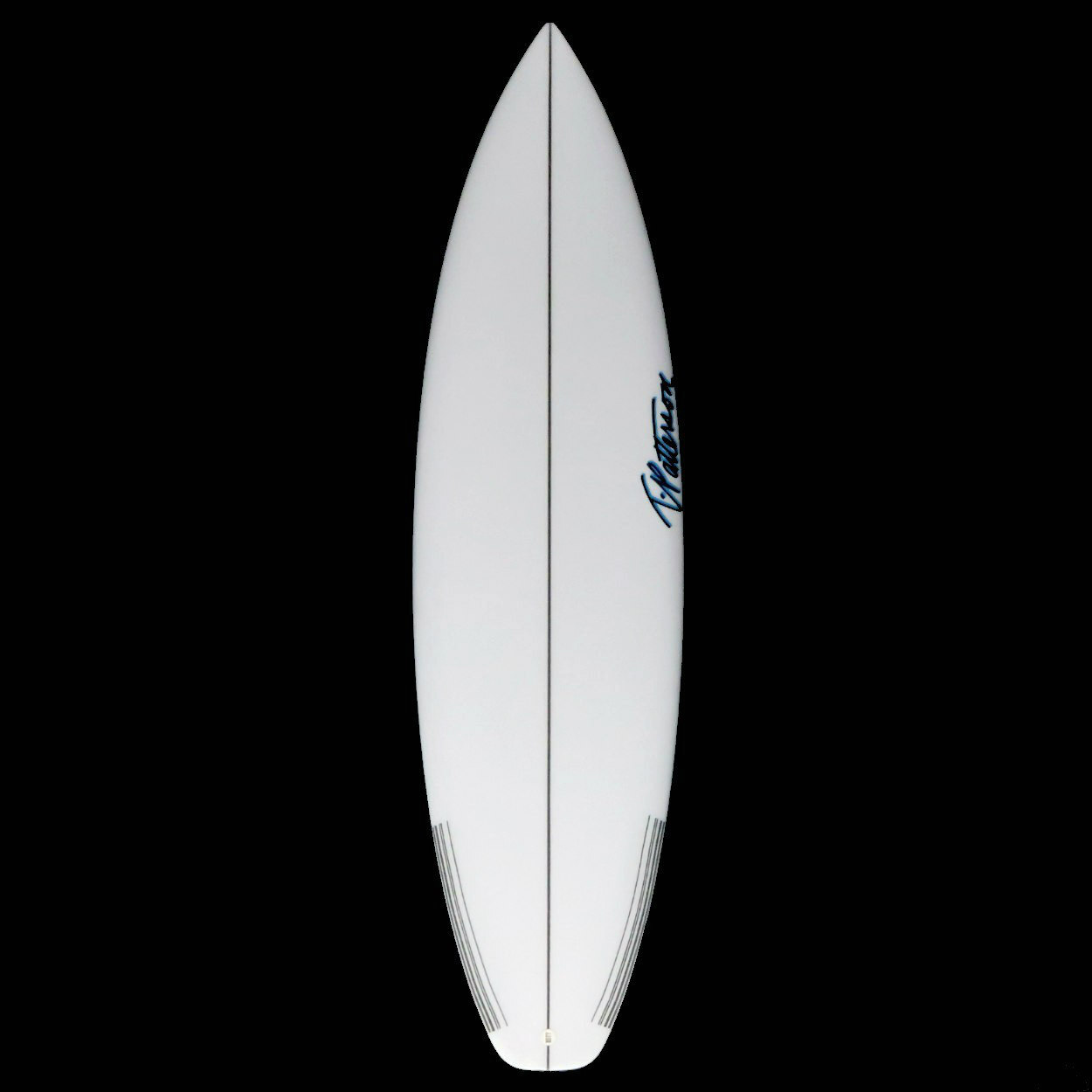 The board brand that helped the electric quick Italo Ferreira reach superstardom (and a world title) in 2019. Founded in 1980 T. Patterson has a solid history and is more than relevant in the modern era. Based in California Timmy is a legendary shaper who crafts sticks for everyone from weekend warriors to the world's very best.
Shop Now 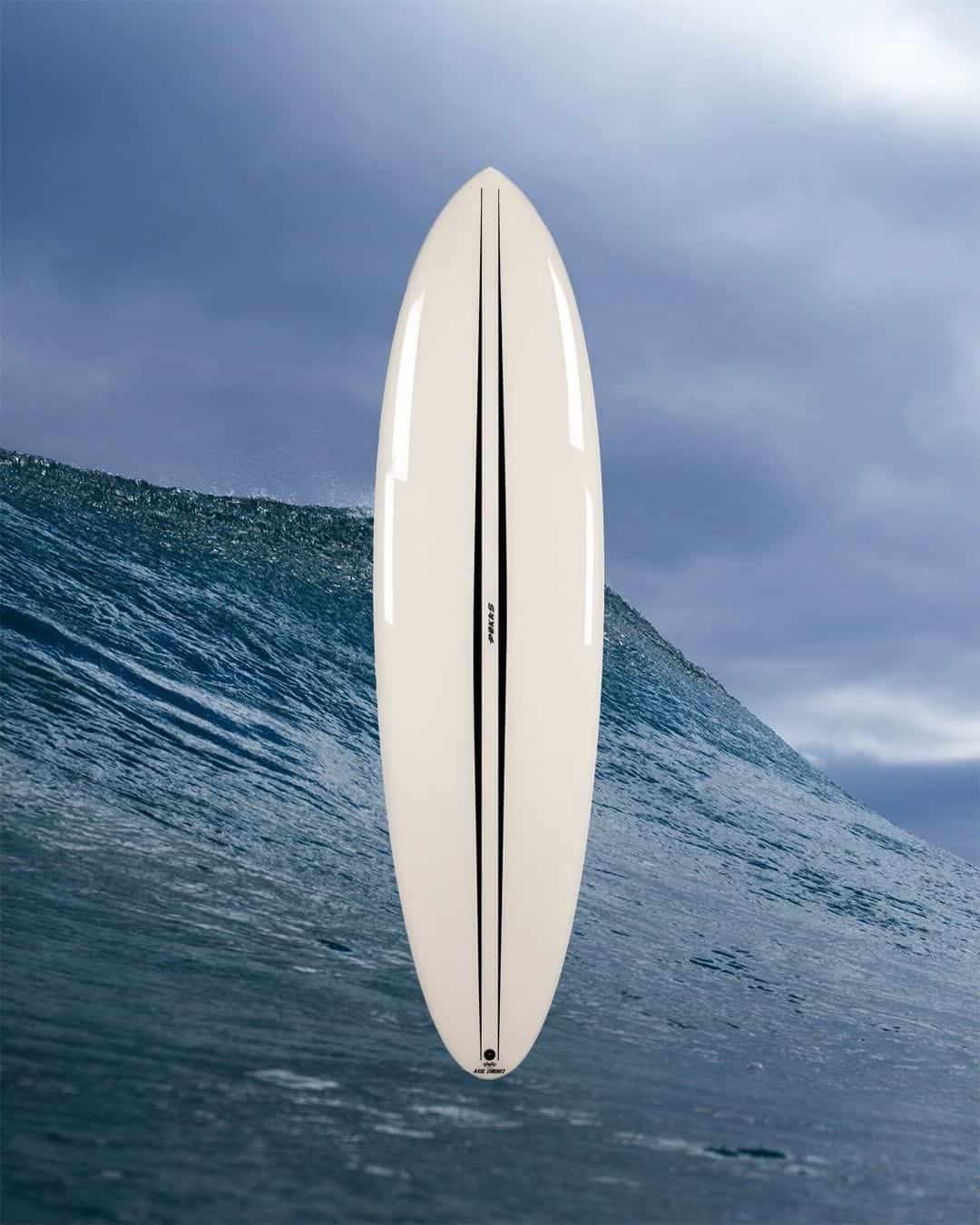 Arguably Europe's best board manufacturer and brand, Pukas Surf is a family-driven enterprise proudly based in the Basque Country. Pukas Surf has built a reputation for making high-quality high-performance sticks suitable for everything from Mundaka to Roca Puta to a gravelly beach break. They've certainly come a long way from the first board they shaped in 1973 – but all without losing touch with their roots. All in all: an epic brand rich in history, performance and aesthetics. Notable riders include Gabriel Medina, Aritz Aranburu, Grant 'Twiggy' Baker and Natxo Gonzalez. A breadth of talent that shows Pukas makes epic guns, shortboards and small wave boards with equal ripping power.
Shop Now