Trucker Jacket Brands That Will Add Manly Ruggedness To Any Style

Be better than the grease monkey. 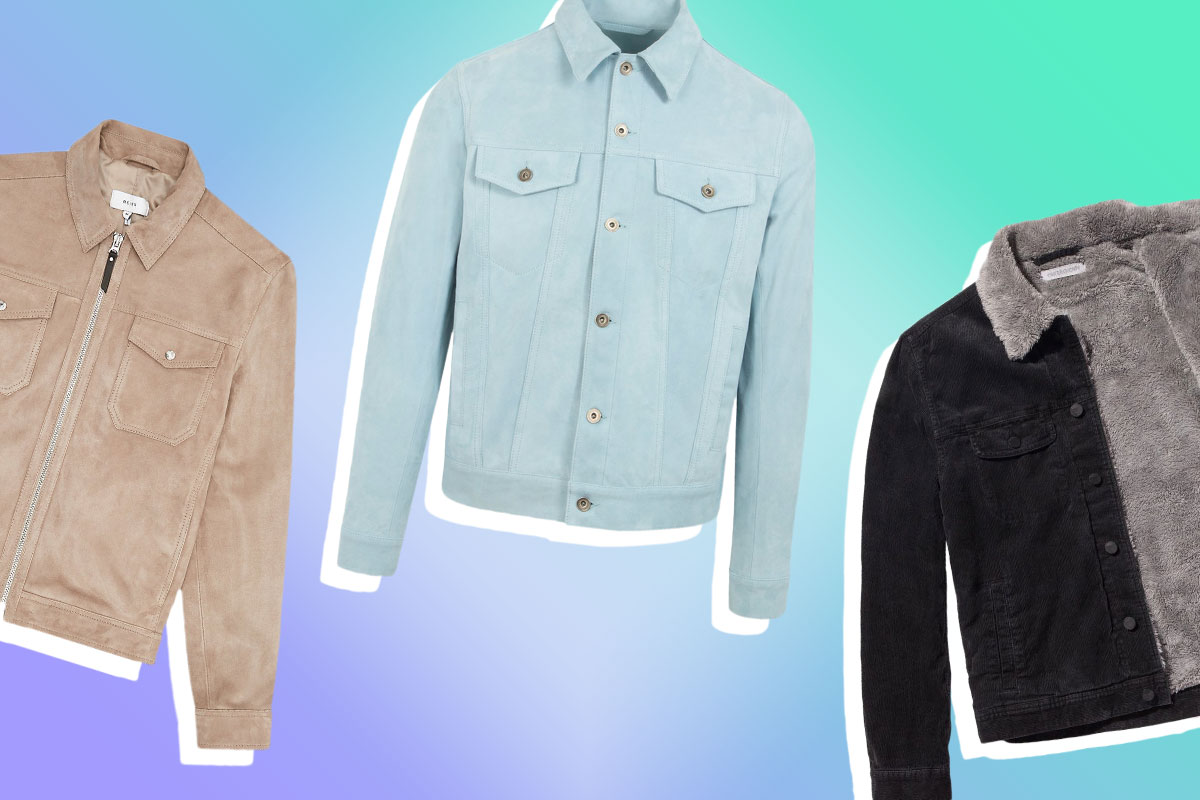 Schwarzenegger once famously entered a roadside diner and demanded a man’s clothes, boots, and motorcycle. He wasn’t trying to save the world. He was just after the man’s trucker jacket.

As a staple piece in every modern luxury label today, we’re giving you some insight into the origins of the trucker jacket, what makes a good one, and who’s doing it right in the current menswear scene.

History of the trucker jacket

What's the difference between a trucker jacket and a denim jacket?

Trucker jackets are made with sturdy materials (which can be denim but doesn’t have to be exclusively denim; trucker jackets are also commonly made from corduroy or suede), a spread collar, and external flap chest pockets. A denim jacket differs because, as the name suggests, it’s always crafted with denim, and doesn’t have to feature the spread collar or chest pockets.

How do I style a trucker jacket?

Trucker jackets do tend to be on the casual side of men’s fashion, but they can be worn to smart-casual affairs depending on the trucker jacket itself. Trucker denim jackets should be worn with chinos in a neutral colour and a plain tee for a cool laid-back style, whereas trucker jackets made with corduroy or suede can be paired with pretty much anything - denim jeans, chinos, tees, shirts, etc.

If you’re after a brand new corduroy or suede trucker jacket to elevate your casual and smart-casual wardrobe, or if you’re sick of modern denim jackets and want a classic rugged denim trucker jacket, these are the brands that make the best ones in terms of style and quality. 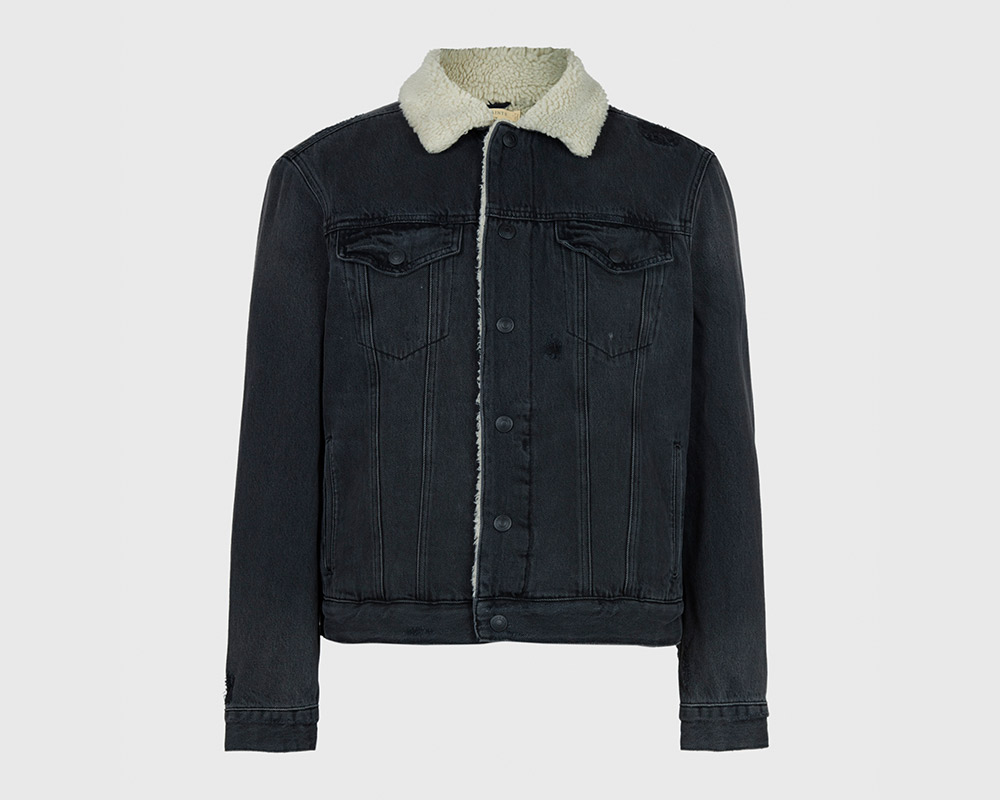 Premium British fashion retailer, AllSaints began its journey in 1994, as a wholesale menswear brand selling to high-end retailers like Harrods and Harvey Nichols, but eventually opened its own store in London in '97. Now, AllSaints is a globally renowned brand best known for its iconic biker jackets. However, AllSaint’s range of men’s trucker jackets are equally as iconic in style and quality.
Shop Now 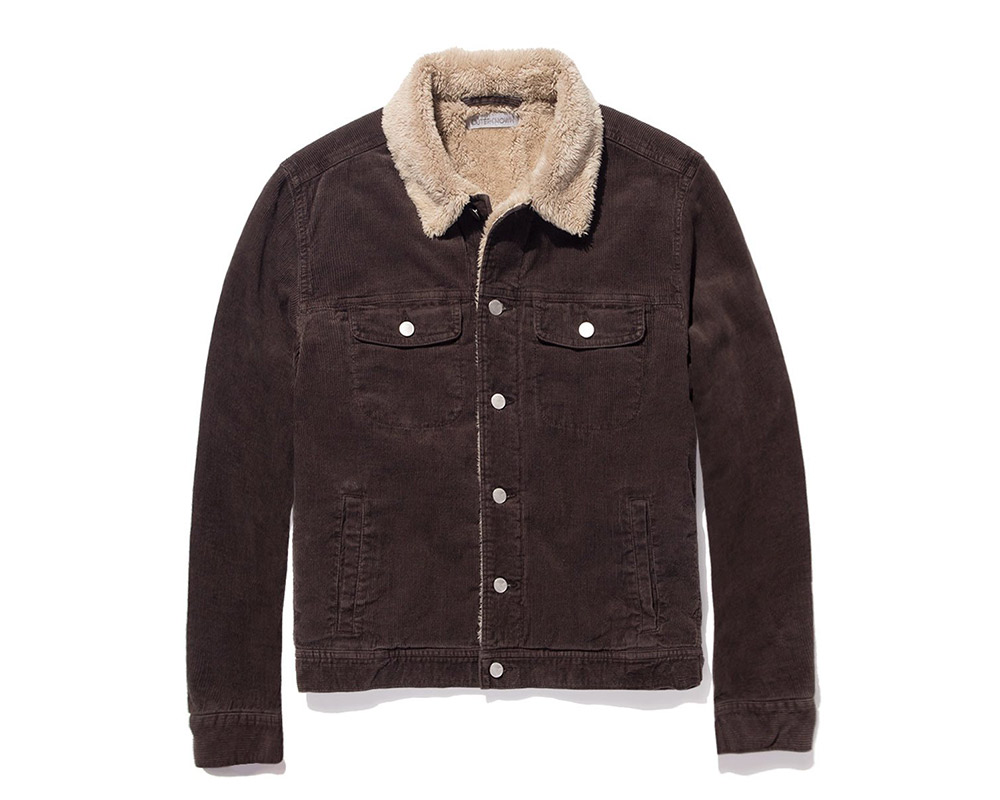 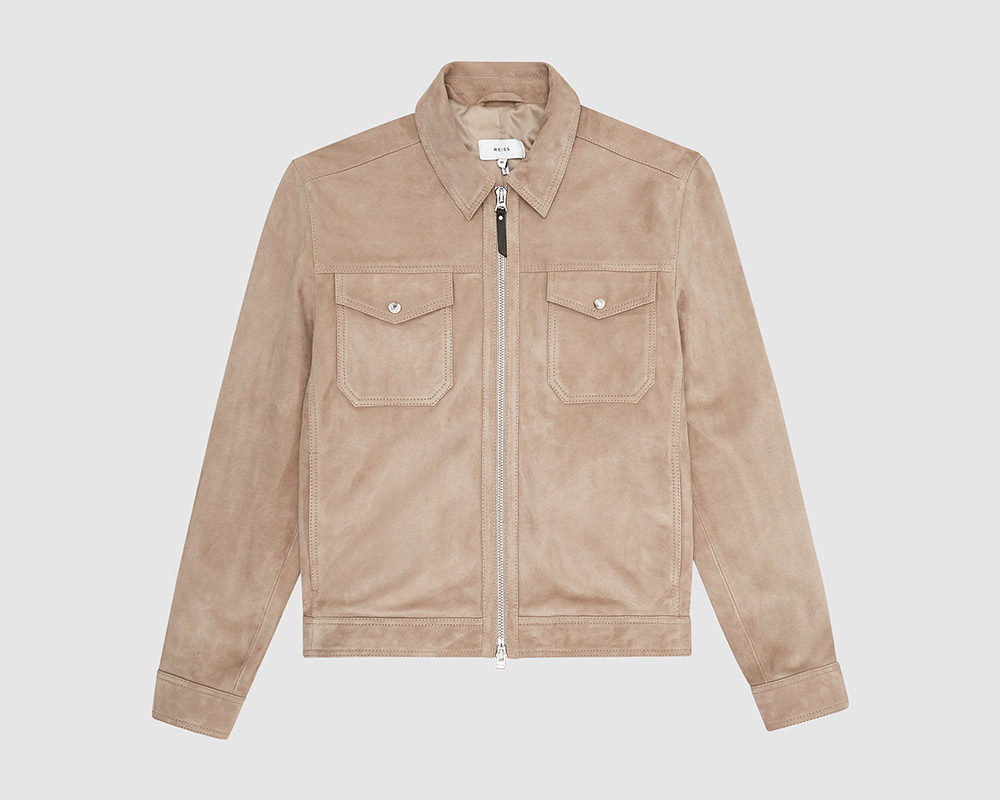 Since its creation by David Reiss in 1971, Reiss has established a design philosophy centred on creating design-led menswear, womenswear and accessories. With an uncompromising commitment to delivering innovative and original products, Reiss fuses exceptional design, quality and value; and their trucker jacket range is no exception. Premium fabrics and available in a variety of styles and colours, Reiss’ truckers are slightly more elevated and sophisticated than the traditional trucker jacket.
Shop Now 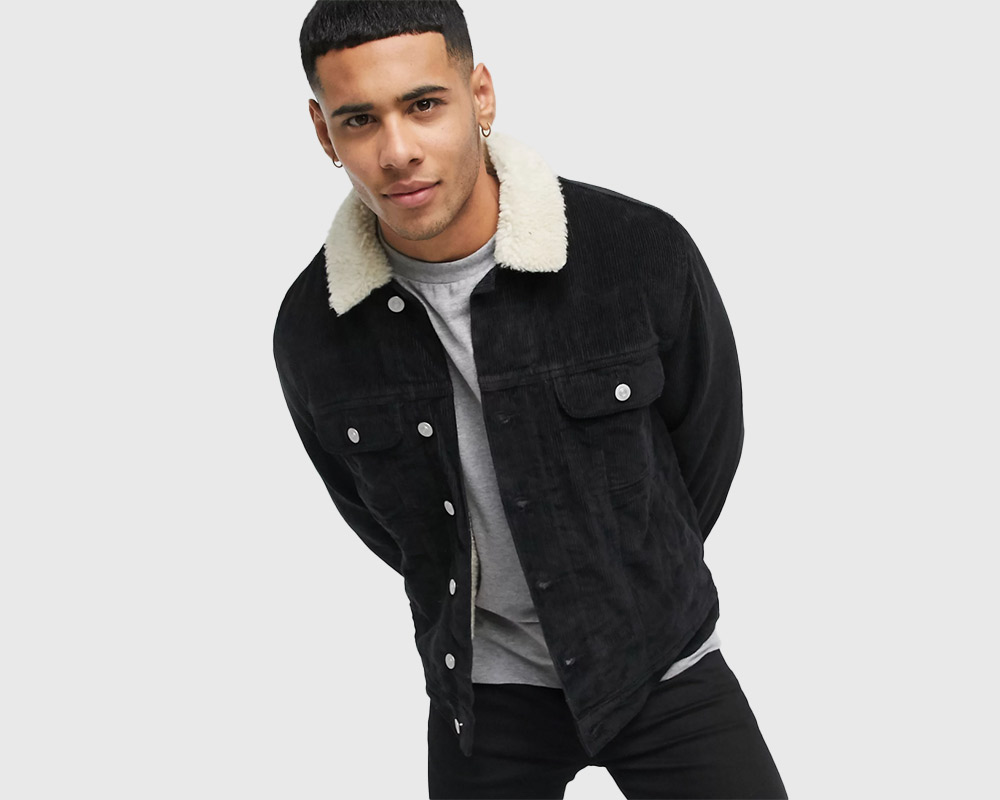 It’s never been easier to achieve good style on a budget, and ASOS Design has been a huge part of that equation. Their huge range of trucker jackets will let you access a bit of old school style affordably; but that doesn’t mean ASOS have scrimped on quality. With a huge range of styles and colours, ASOS Design will have the trucker jacket you’re looking for.
Shop Now

The brand that started it all, Levi’s trucker jackets feature multiple pockets, retro sherpa trimming, and corduroy fabric. Their rugged trucker jacket range reminds us why Levi’s are always ahead of the game. Combine with dark denim and a white tee for timeless style.
Shop Now 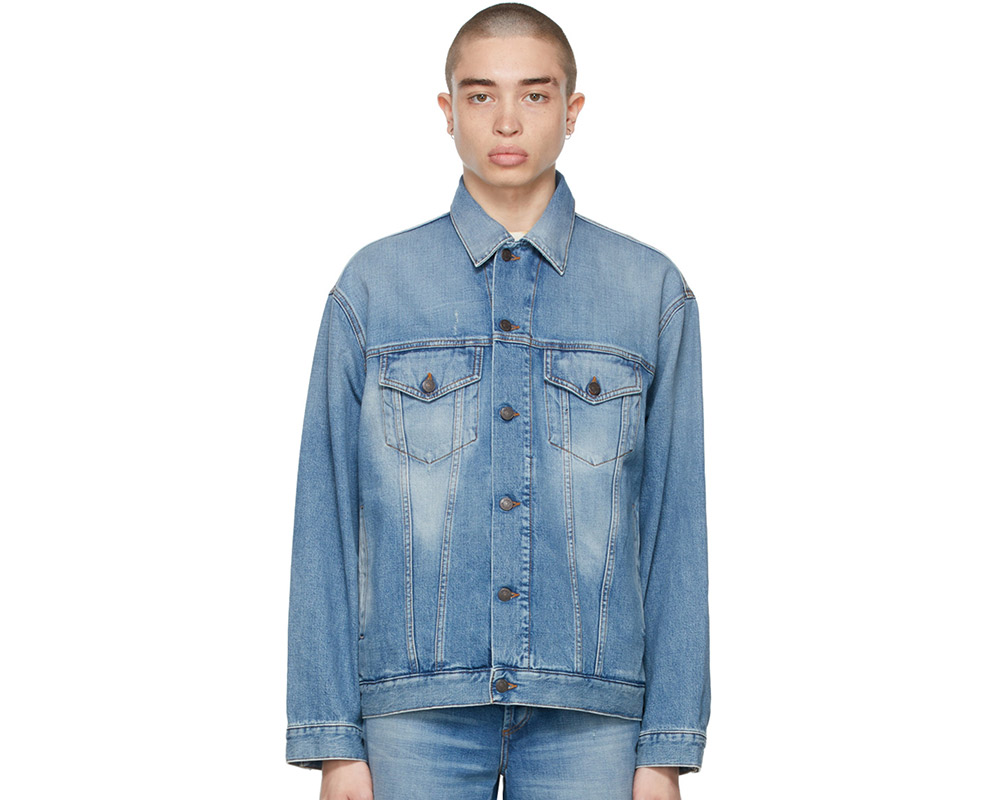 ACNE has never been afraid of putting their own spin on the classics. Their trucker jacket reminds us of a vintage trucker you’d see hiding at the back of an op shop; intrinsically cool. Oversized for an ultimate laid-back street style, this jacket will make a great addition to any wardrobe.
Shop Now 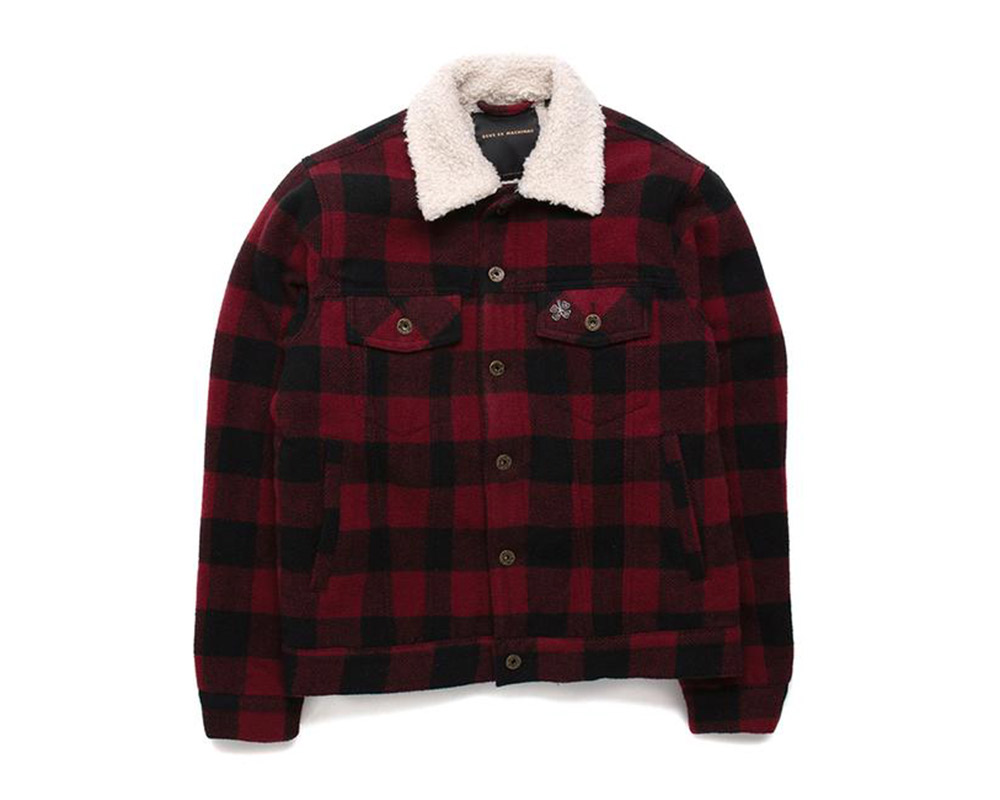 While known mostly for their motorbikes and motorbike gear, Deus Ex Machina believes it's more than just a brand; it's a culture. They have an awesome range of clothes that embody Deus Ex Machina's core values, which are inclusiveness, authenticity, and enthusiasm. Deux Ex Machina has a small but mighty trucker jacket range; all of which will make you look extremely rugged.
Shop Now 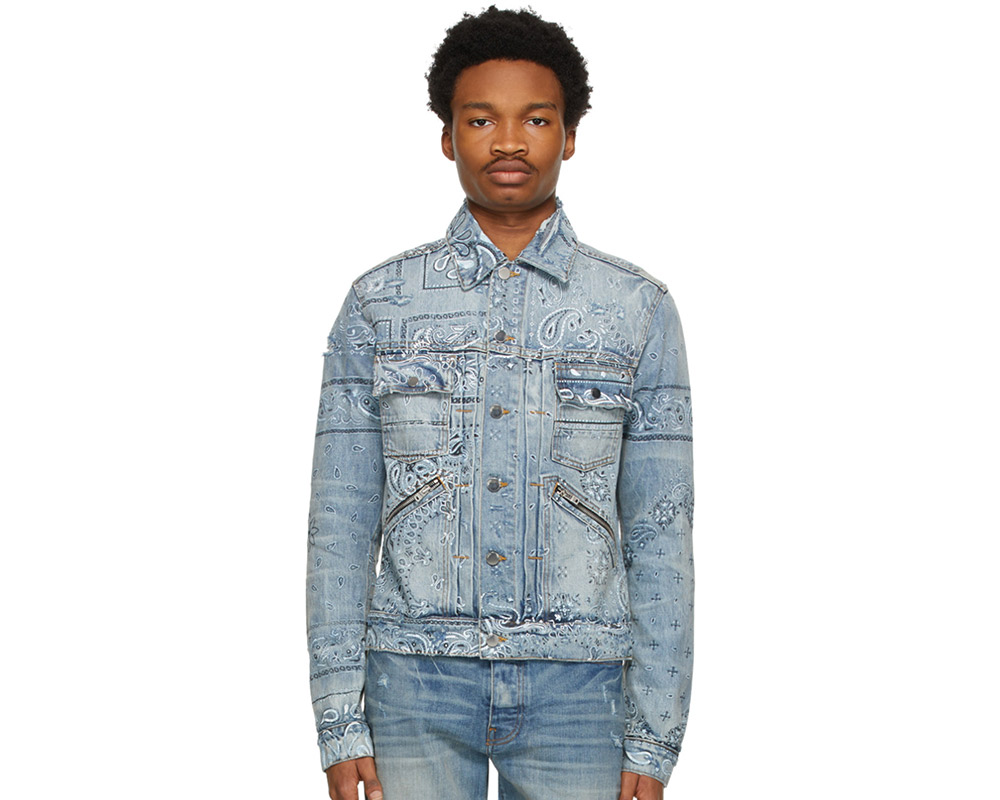 Renowned for their considered attention to detail while maintaining an effortless LA cool, AMIRI’s collection consists of casual staples crafted from carefully sourced fabrics. Inspired by the image of a traveling rock star who pines for the comforts of home, AMIRI trucker jackets will make you look extremely edgy and cool.
Shop Now 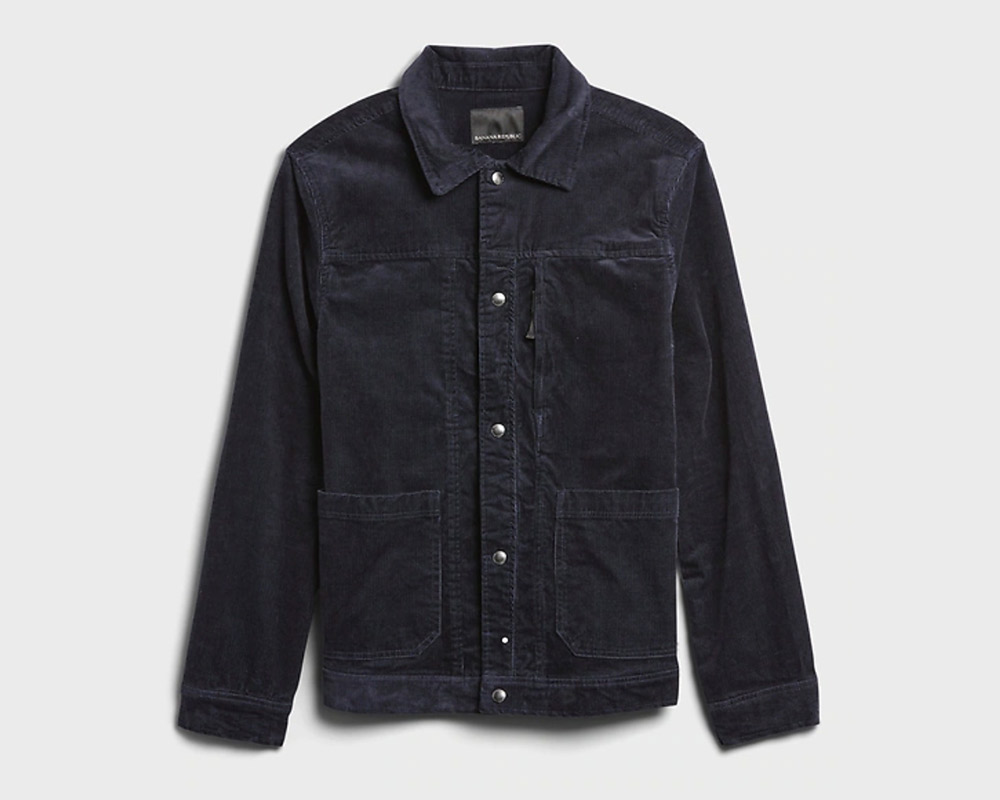 Founded in 1978, in California, Banana Republic is now a premier global brand for modern clothing with no boundaries. They pride themselves on sourcing the finest materials and fabric innovations to infuse style with substance; meaning when you buy a Banana Republic garment, you can be sure it'll last. Banana Republic has trucker denim jackets and corduroy trucker jacket styles that’ll give you a laid-back yet polished look.
Shop Now 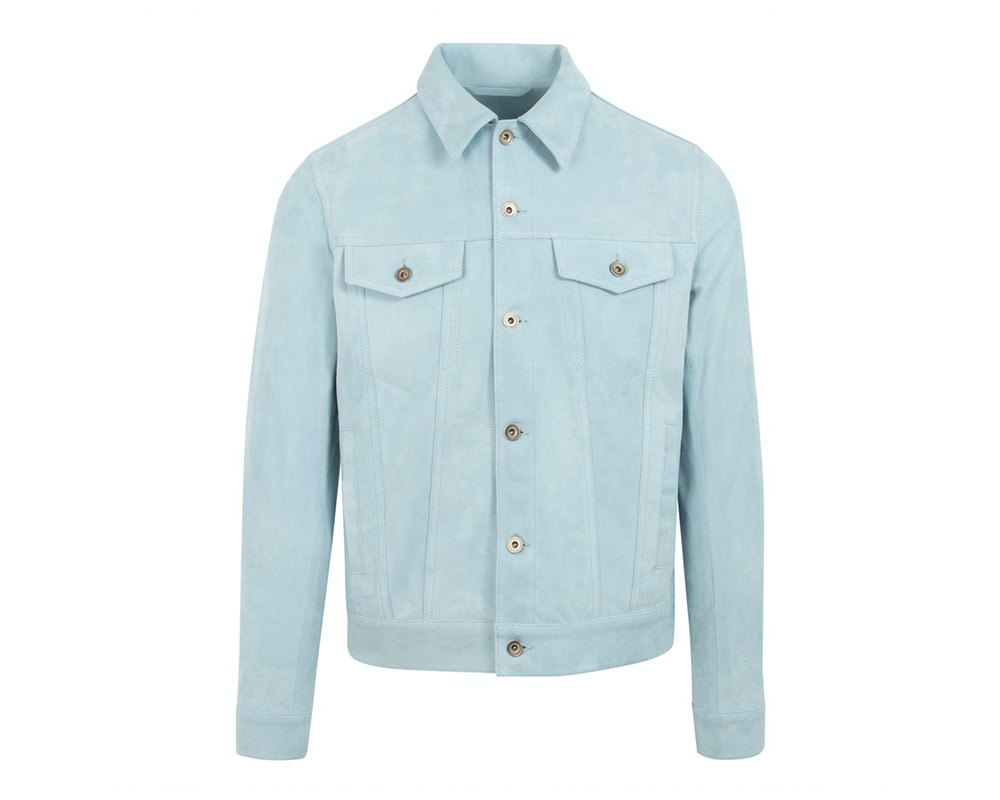 Made from premium suede in a soft elegant blue, this Valstar trucker is for someone that wants to combine rugged outerwear with more contemporary ingredients. It’s not the cheapest trucker jacket on the market, but Valstar aren’t shy of making you pay for the privilege to make an impression.
Shop Now 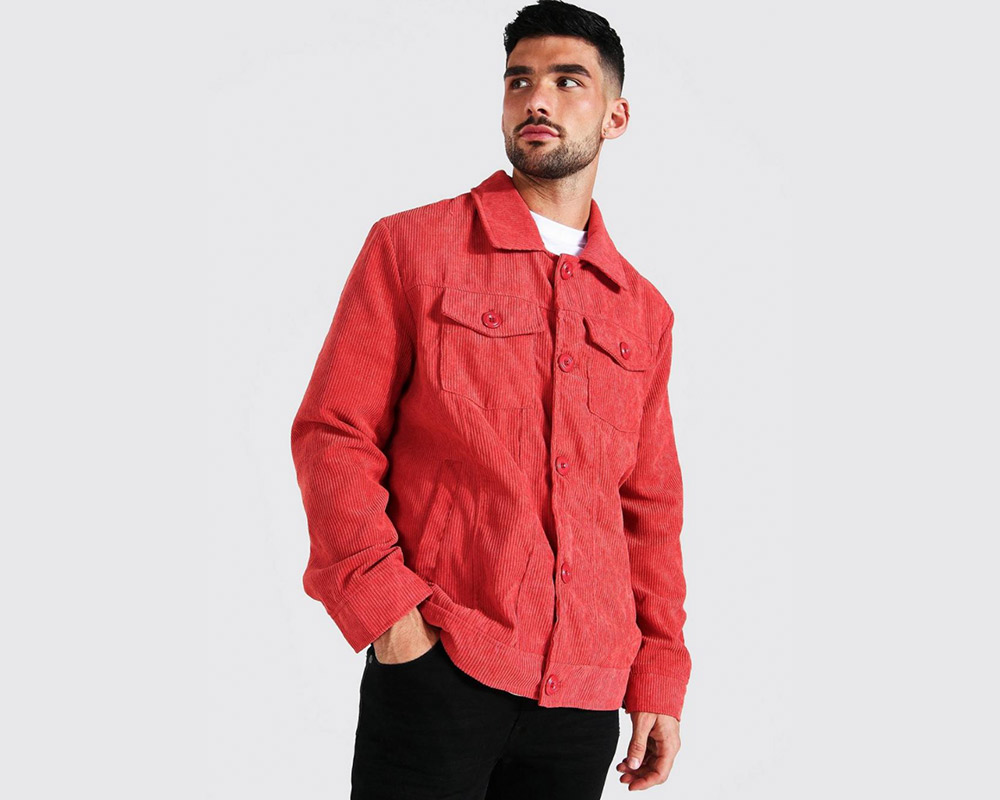 "Fashion's best kept secret", Boohoo Man combines cutting edge design with an affordable price tag. Pushing boundaries to bring you the latest styles but with less of a strain on your wallet, Boohoo Man's philosophy is to not take fashion (or life) too seriously; and the result is menswear that is playful and trendy yet surprisingly affordable. If you’re after a trucker jacket with a modern twist, Boohoo Man is the only way to go.
Shop Now 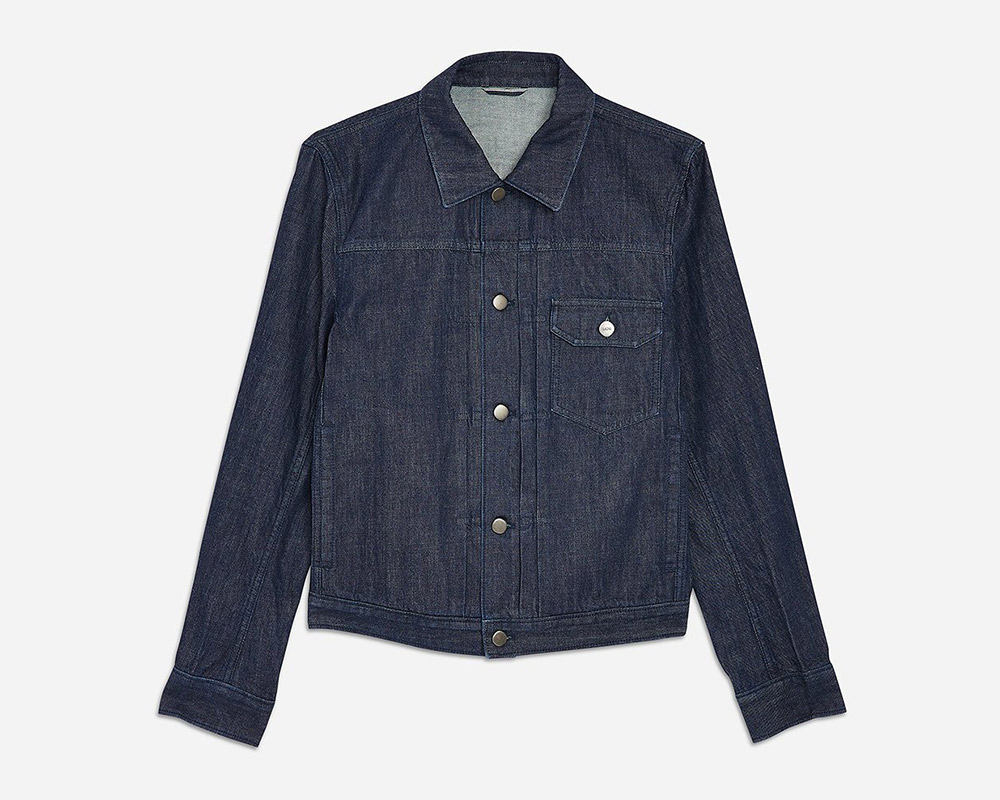 Founded in 2016, O.N.S is dedicated to producing modular menswear designed for modern living. Every silhouette, fabric, and hardware is hand-picked by the O.N.S team with the utmost integrity and attention to detail, to ensure all of their products showcase the high standards O.N.S is committed to. O.N.S has one trucker jacket on offer, although in a few different colours. Lightweight and crafted with premium denim, this jacket is an essential addition to any wardrobe.
Shop Now 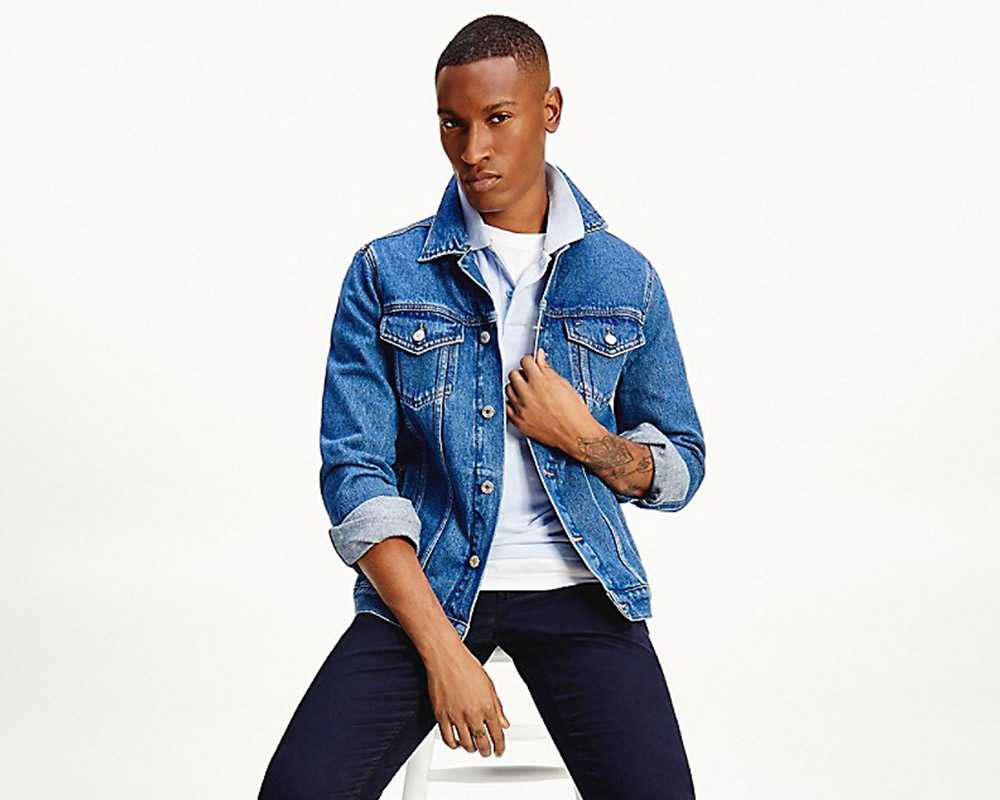 Founded in 1985, Tommy Hilfiger is one of the world’s leading designer brands renowned for their classic American cool style that they describe as ‘preppy with a twist’. Famous for its signature red, white, and blue stripes, Tommy Hilfiger produces high-quality garments for men, women, and children using only the finest materials.

Tommy Hilfiger’s trucker jackets have a classic style, and will give you an extremely stylish yet nostalgic look.
Shop Now