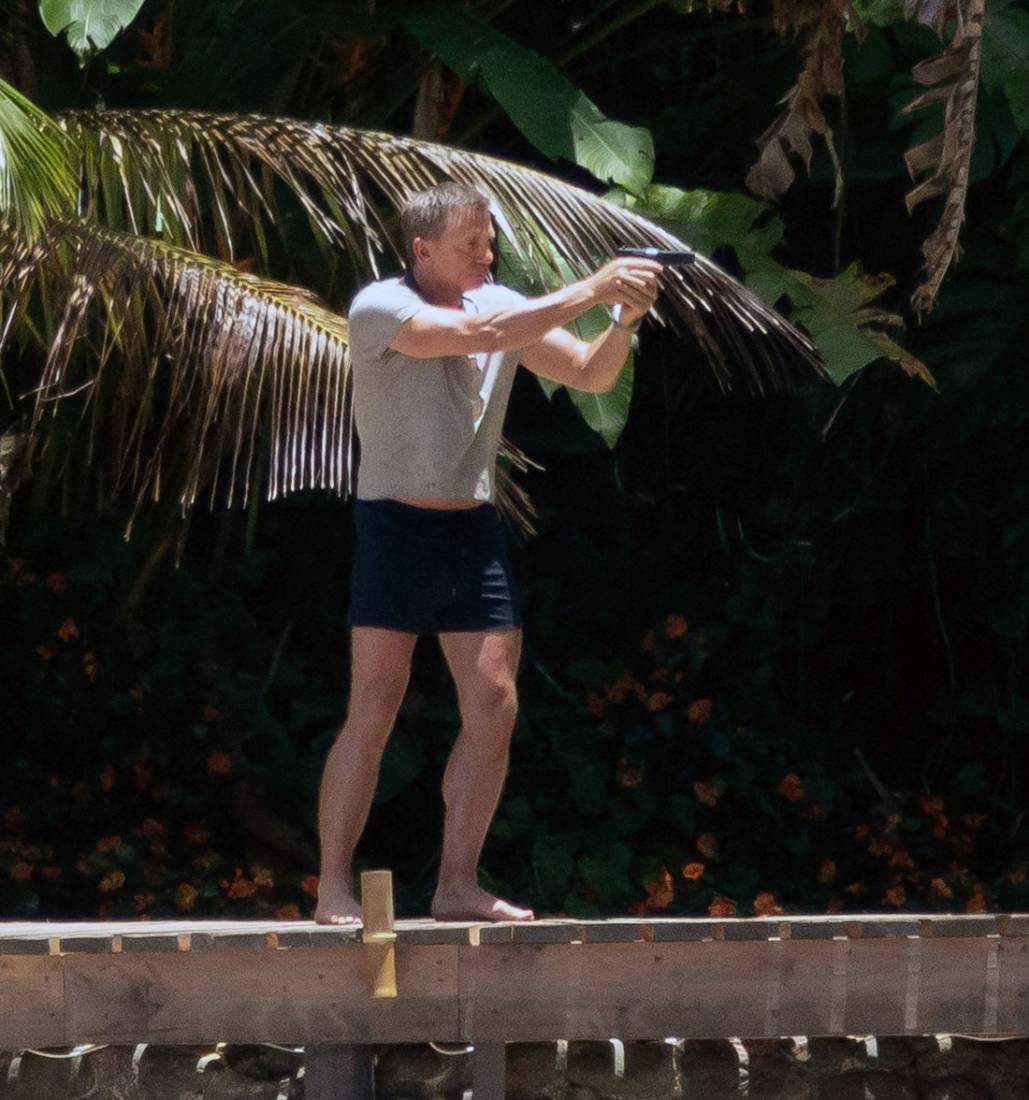 According to producers, the film will see Daniel Craig’s James Bond having left active Mi6 service in the opening scenes. 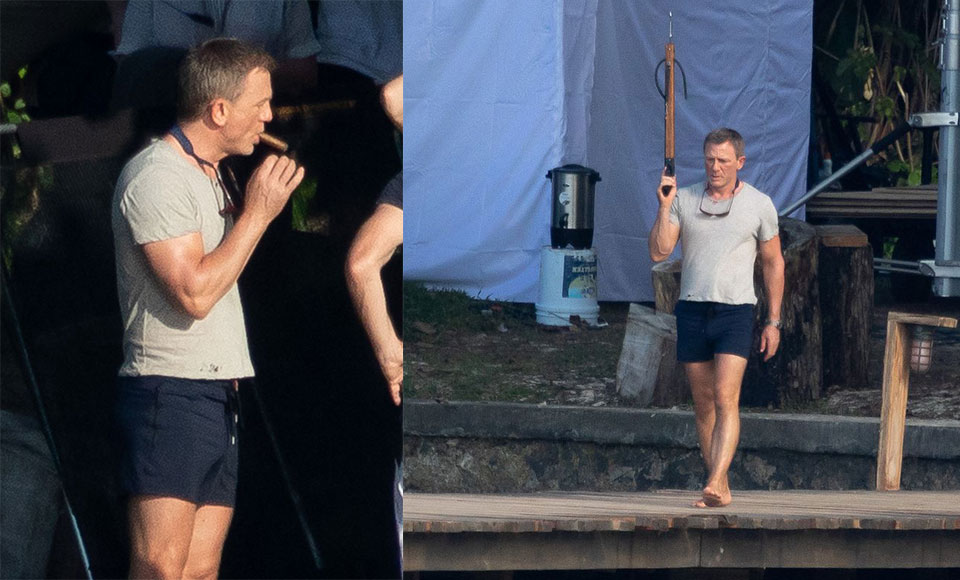 This probably explains why he’s in Jamaica gutting fish and hanging out with local cats like a good retired super spy. 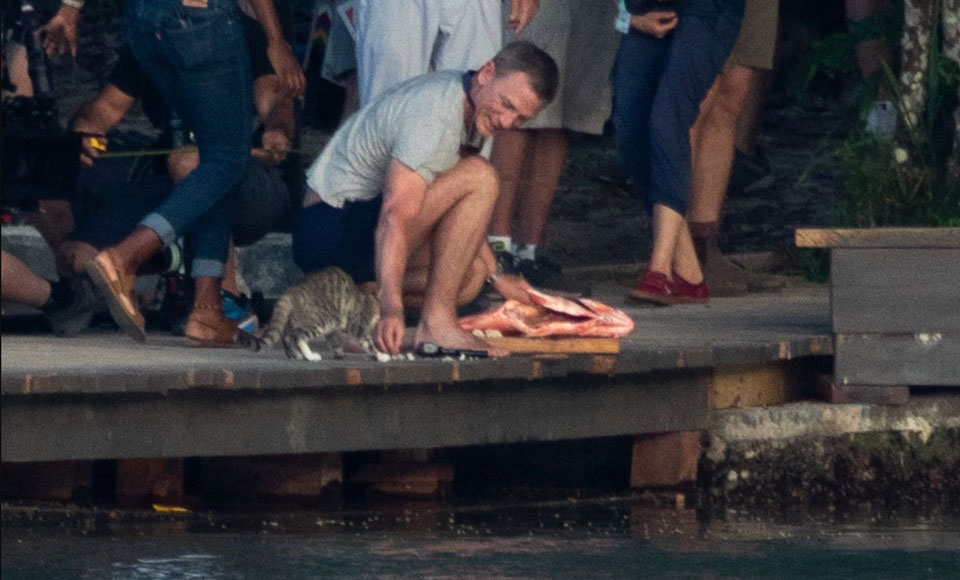 The next sequence of photos depict a familiar face though. CIA operative Felix Leiter (played by Jeffrey Wright) who we first met in Casino Royale is also in Jamaica and it looks like he’s brought some Mi6 and the CIA’s predicaments with him.

This leads to a car chase featuring a vintage blue Land Rover which director Cary Fukunaga posted on his own Instagram account just a few weeks ago. There’s rumours that Bond’s next Aston Martin will be fully electric.

There also appears to be a mysterious new villain on the horizon with this masked stranger caught chasing down a victim during filming in the Norwegian snow a few weeks back. Could this be Rami Malek’s origin? You’ll have to wait till 2020 to find out.

Most importantly are you keen to see Daniel Craig’s final outing as James Bond? You should be because the 51-year-old actor is still looking fit as hell.