Bradley Cooper wasn’t always cool. Starting out as an extra in the TV series Alias and then penning minor roles in Wedding Crashers and Yes Man, the Philadelphia-born Cooper fell a little short in the opening years of his acting career. And so did his style: shiny, polyester suits, chunky, square-toe dress shoes and bleach-tipped hair making one-too-many amateur film premieres.

Come 2012, red-carpet suits suddenly transformed. Cooper was on a winning streak with three back-to-back Oscar nominations (who could forget that desert phone call in the opening scenes of The Hangover) so Bradley Cooper’s wardrobe had to catch up. The final nail in the death-to-ugly coffin was Cooper’s crowning of People’s Sexiest Man Alive in 2011. Like a fine wine that gets better with age, Bradley Cooper has more than refined his palette, professionally and more importantly, aesthetically.

In 2019, after much success, he’s pretty much immortal. Here’s how to dress like him.

Not really a blazer/chino kind of a guy, nor someone who takes things too seriously, it is all or nothing with Cooper’s style. That is, either rugged, confident, stylishly dishevelled or sleek and slick in a suit. And for the latter, it doesn’t matter what style (single and double-breasted or tuxedo and three-piece) but with Mr. Cooper, the trick and talent is in how the suit fits – snug, sharp and suave.

Cooper wore a dark tuxedo suit with a wide black lapel courtesy of Tom Ford back in 2013, and at 2014’s SAG Awards it was all about simple charcoal and white with a Gucci tux and black velvet notch lapel. The common factor between the two? The fit. Perfectly tailored, the jacket lays un-pinched across Cooper’s broad chest; the shoulders remain flat on top and cut sharp down the arm; while the trouser leg sits perfectly in length to the ankle. Given Cooper isn’t stick thin, a well-fitting suit is a perfect match to streamline any bulk.

Cooper is an overcoat king and makes the rather posh jacket look easy and carefree. Double-breasted and always wool, his favourite coat often comes with a fur-lined collar, worn with a casual look consisting of a sweater, plaid shirt and black jeans. When suits are involved the knee-length overcoat is more subtle, acting cape-like in black over a matching three-piece suit – ready for business.

The cowboy check plaid works well with Cooper’s off-duty and television appearance wardrobe. Working the rules of plaid, Cooper chooses bigger, bolder squares for casual shirts – unbuttoned, sleeves rolled and untucked. The micro-plaid print offers subtle personality and texture under a smooth, wool suit. Donning this tailored masterpiece, Cooper is anything but a tacky cowboy from the Wild West.

Cooper loves to go retro, especially when it comes to suiting. His sense of humour speaks through tailoring with bold colour choices – oxblood and burnt orange, making for a 70s feel. Paired with a light blue Oxford shirt (always unbuttoned at the neck) and dark chocolate derby shoes, the anti-black outfit drips in nostalgia.

From press conferences to Hollywood parties, Cooper doesn’t mind a bit of inter-occasion mixing. Dressed in a slick charcoal suit, the actor often opts for designer boots instead of dress shoes to base out formalities. To not run the risk of ill-chosen footwear, the vintage leather boot in tan and metallic hardware is paired with the more casual lilac shirt and striped tie, signifying Cooper is confident in his move of not being too serious. 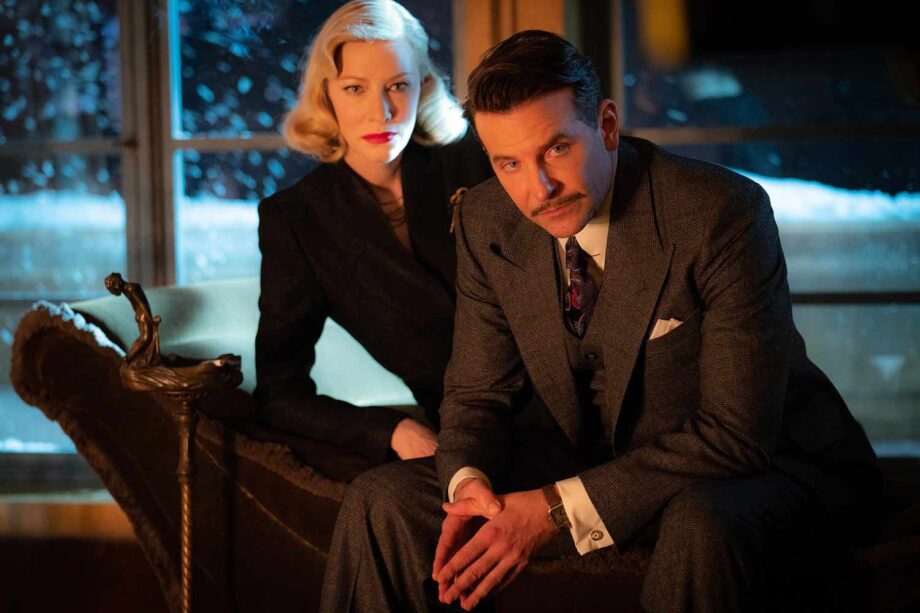 The bold designs of Vivienne Westwood are Cooper’s favourite for overcoats, in an array of colours: wine, charcoal and royal blue. The shiny jacket he loves wearing around NYC is a Parajumpers Gobi bomber. Cooper’s satiny, nylon cropped zip jacket comes from Dolce & Gabbana. Another bomber go-to is a navy and beige jacket from Salvatore Ferragamo.

Cooper is a chameleon with his suit types and cuts, and shifts through a few top designer brands. He likes Tom Ford for a luxe three-piece suit and keeps him on speed dial for a customised tux. He favours the Dsquared wool two-button suit and a blue mohair number from Salvatore Ferragamo.

It’s all about the cashmere sweater for Cooper, which he slips over button-up shirts with jeans for the day or chinos at night. If you’re trying to dress like him, go with one from Acne Studios for a structured look or Balenciaga for super-luxury materials.

Cooper never wears a suit or tux without a nice timepiece on his wrist. His go-to? An IWC Schaffhausen Big Pilot’s Watch. He loves a minimalist tie – he doesn’t go for big patterns. He’s been known to travel with a sports-look carryall. Opt for the Herschel Supply Co. Strand Duffle bag for overnight travel if you want to travel like he does. 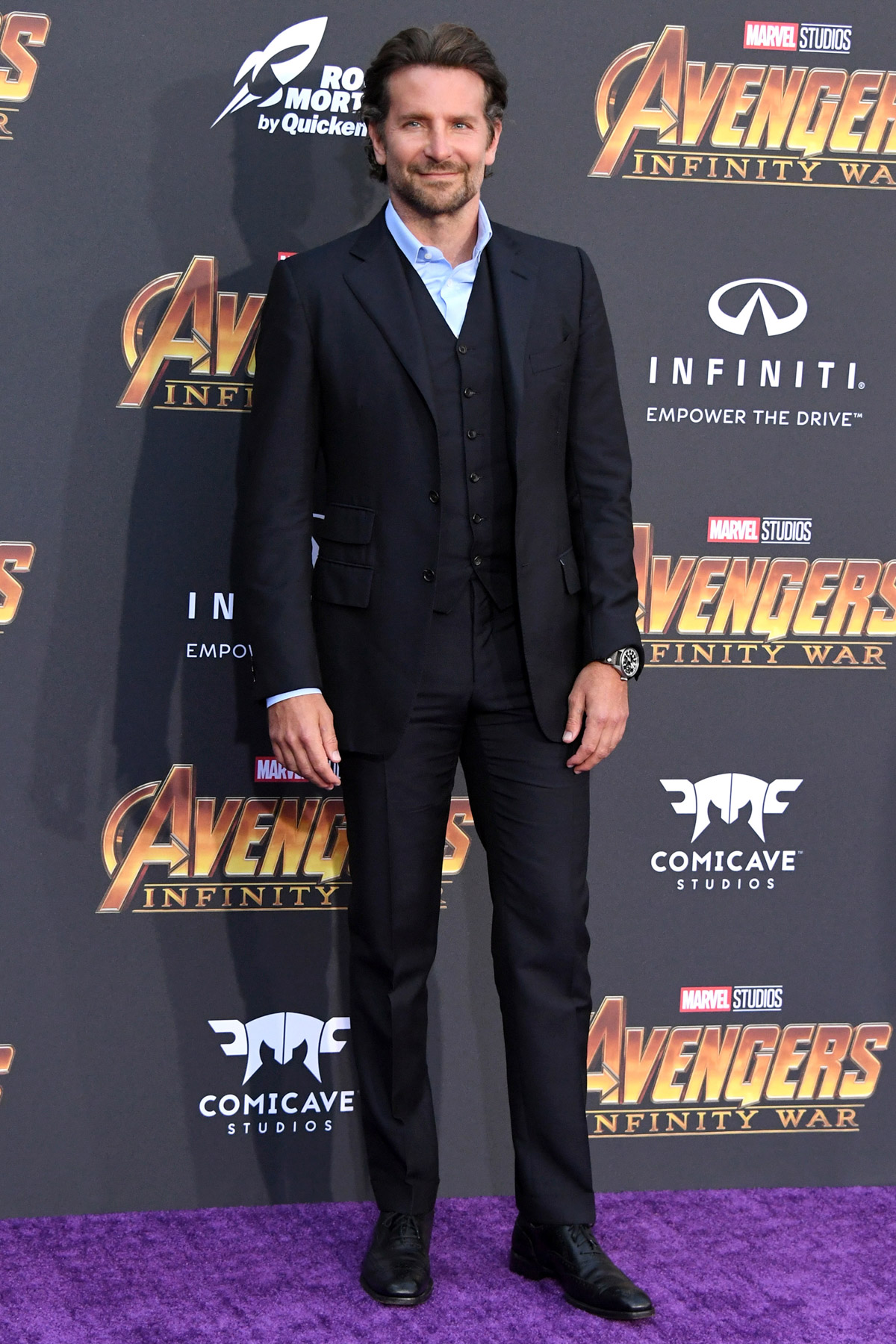 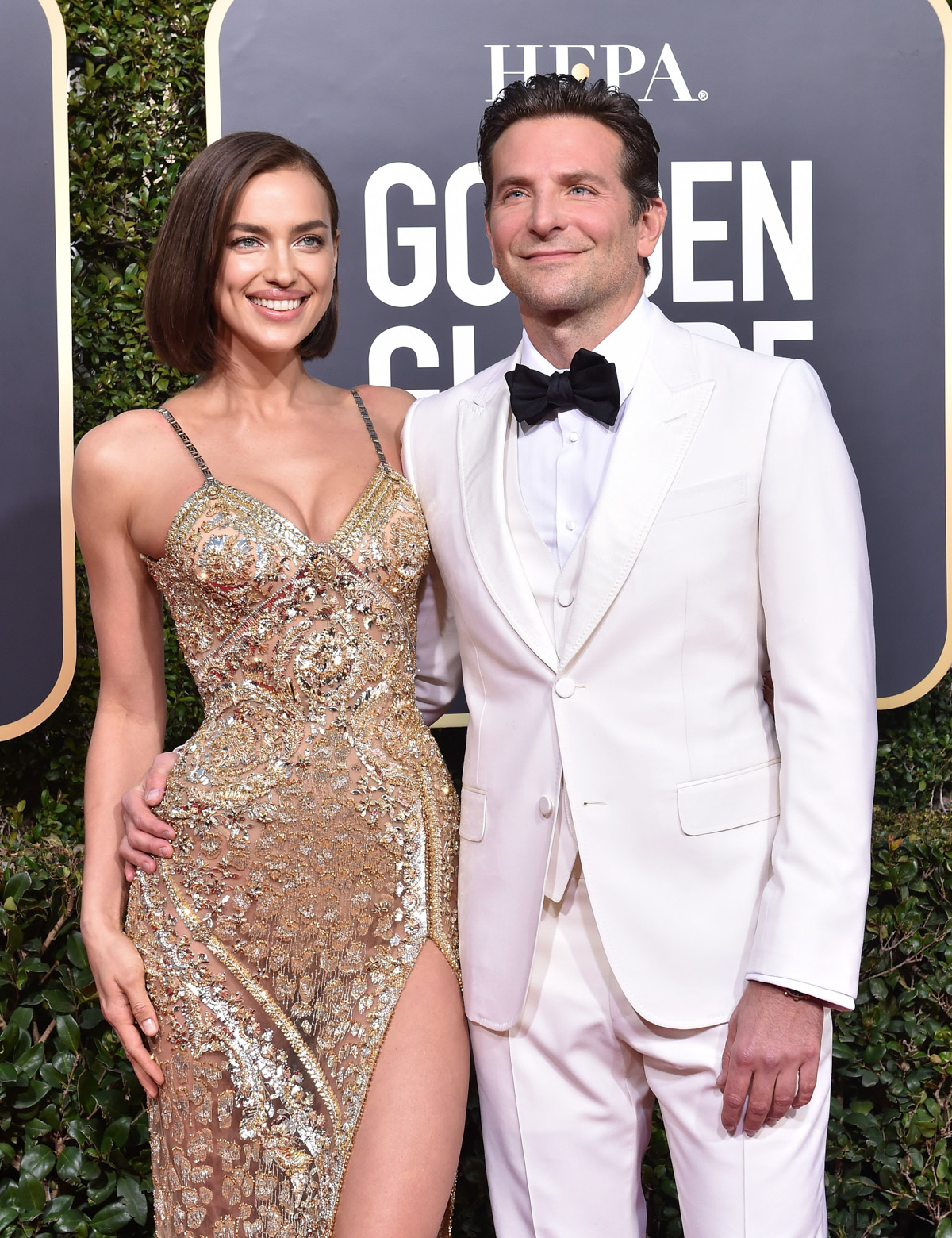 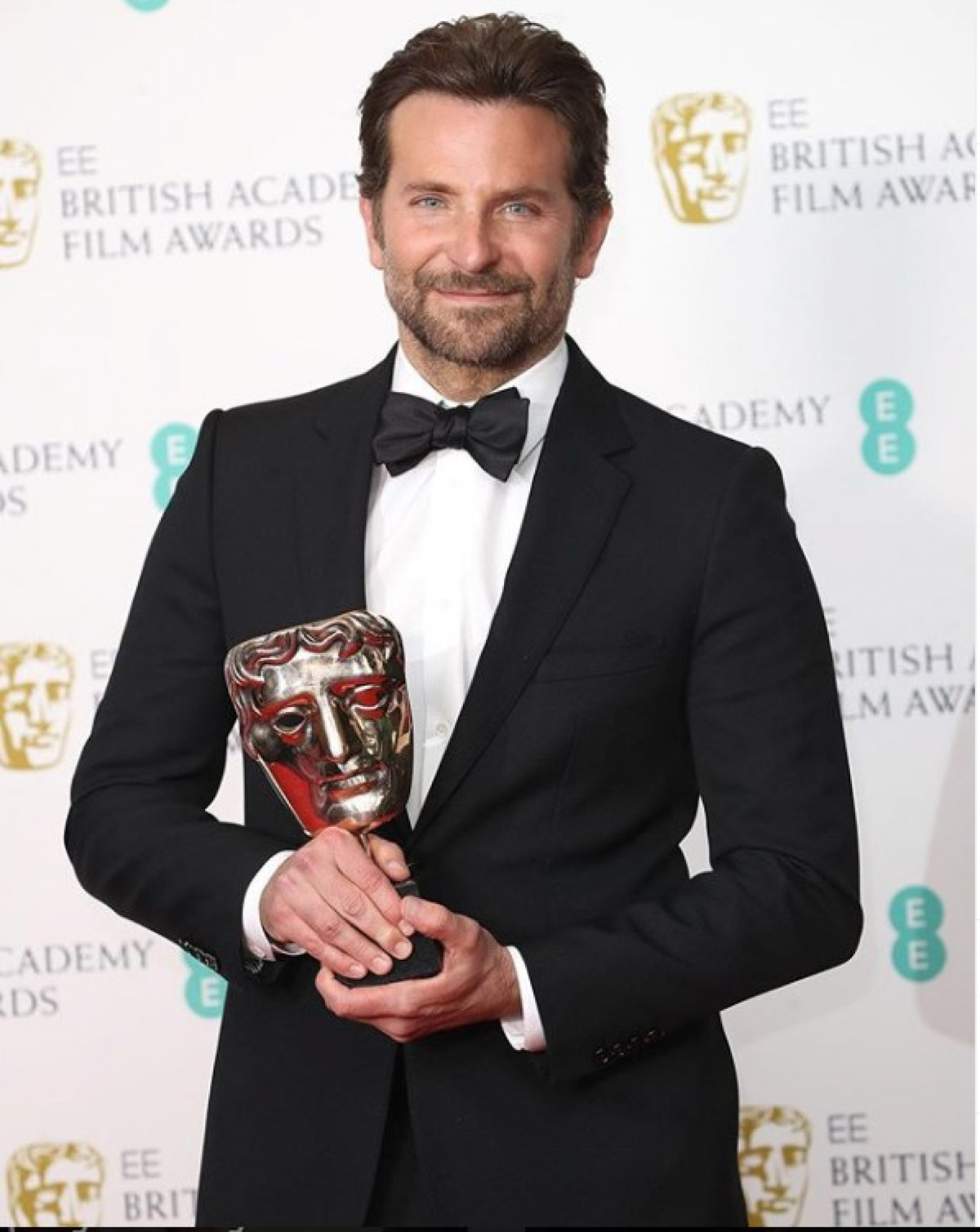 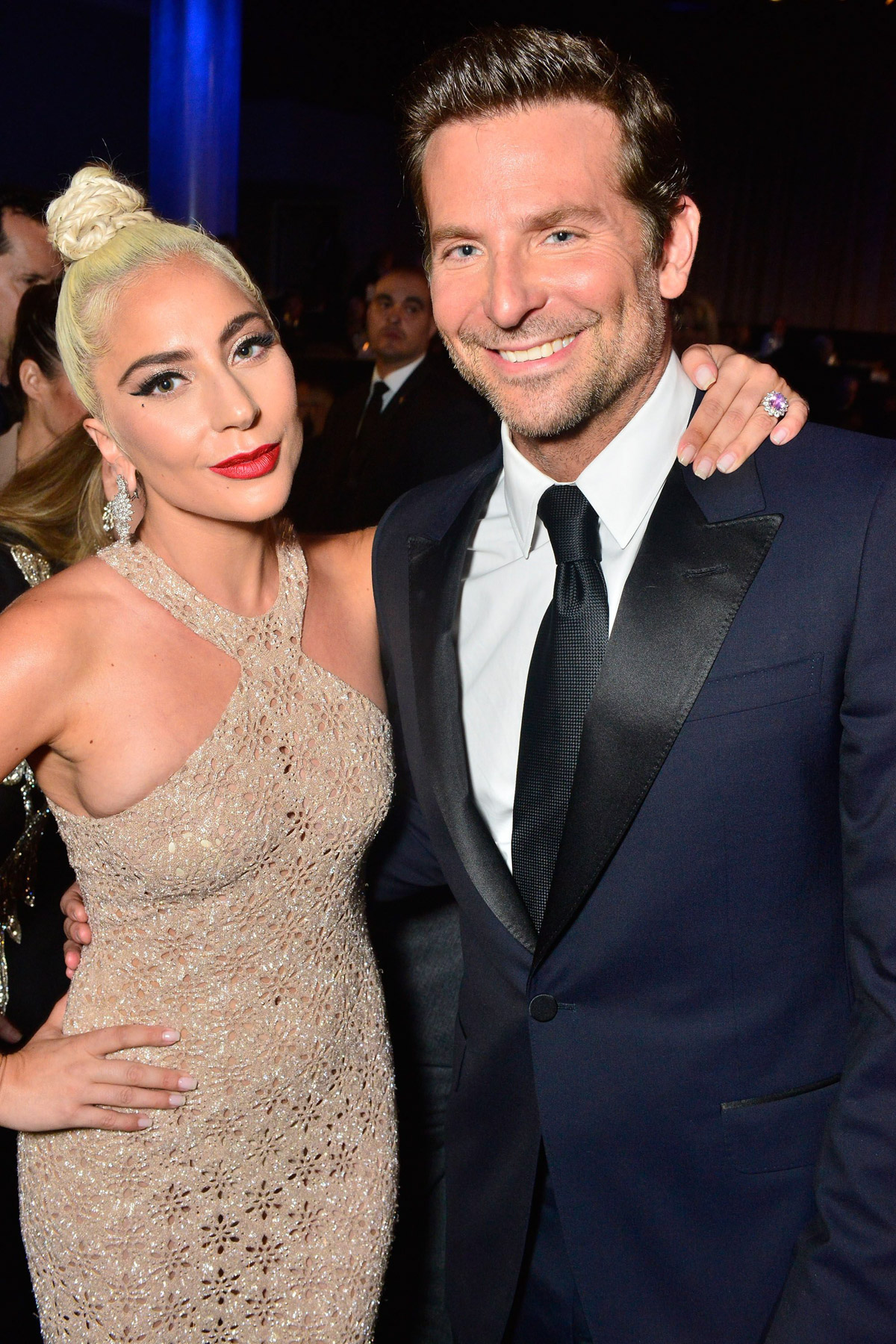 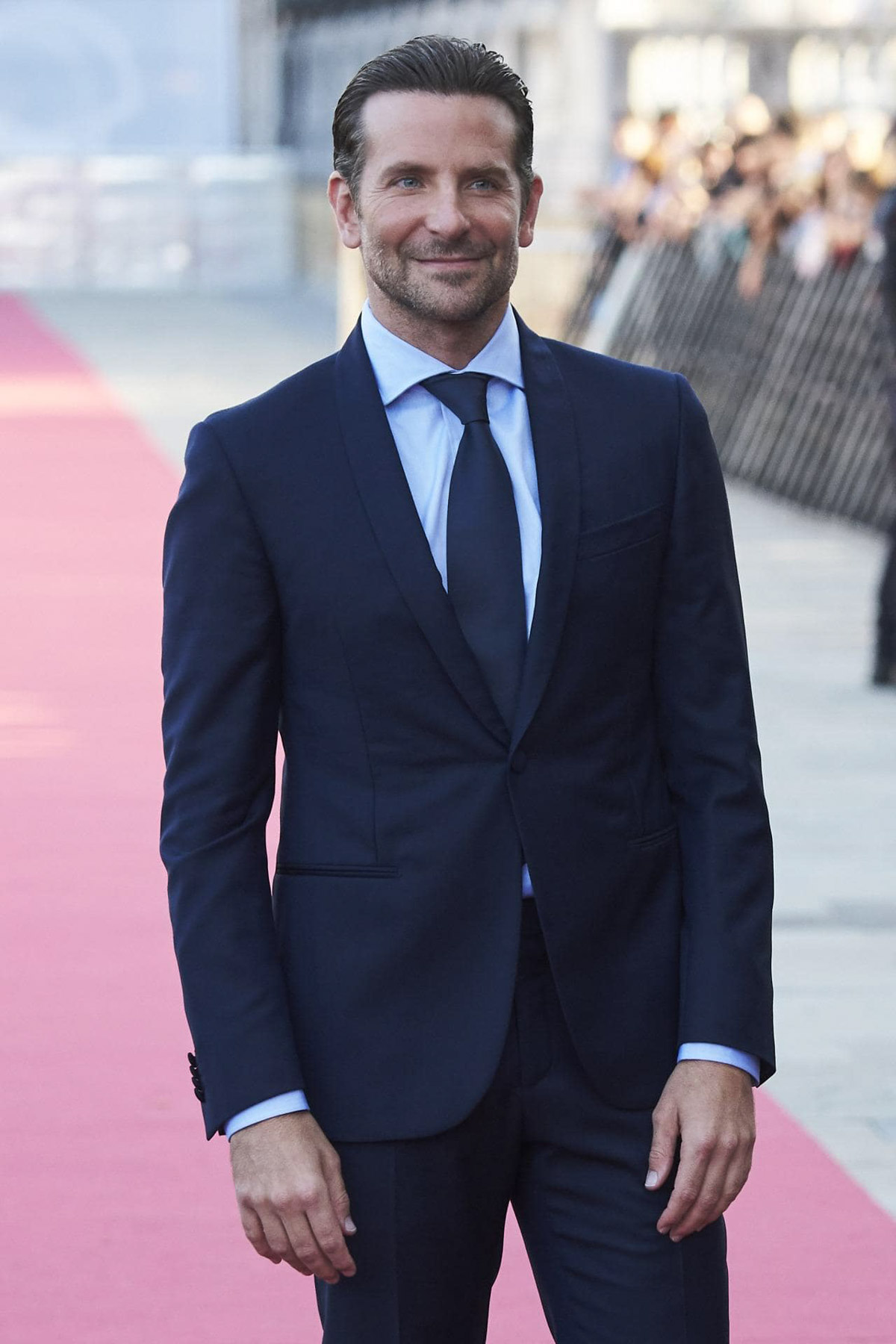 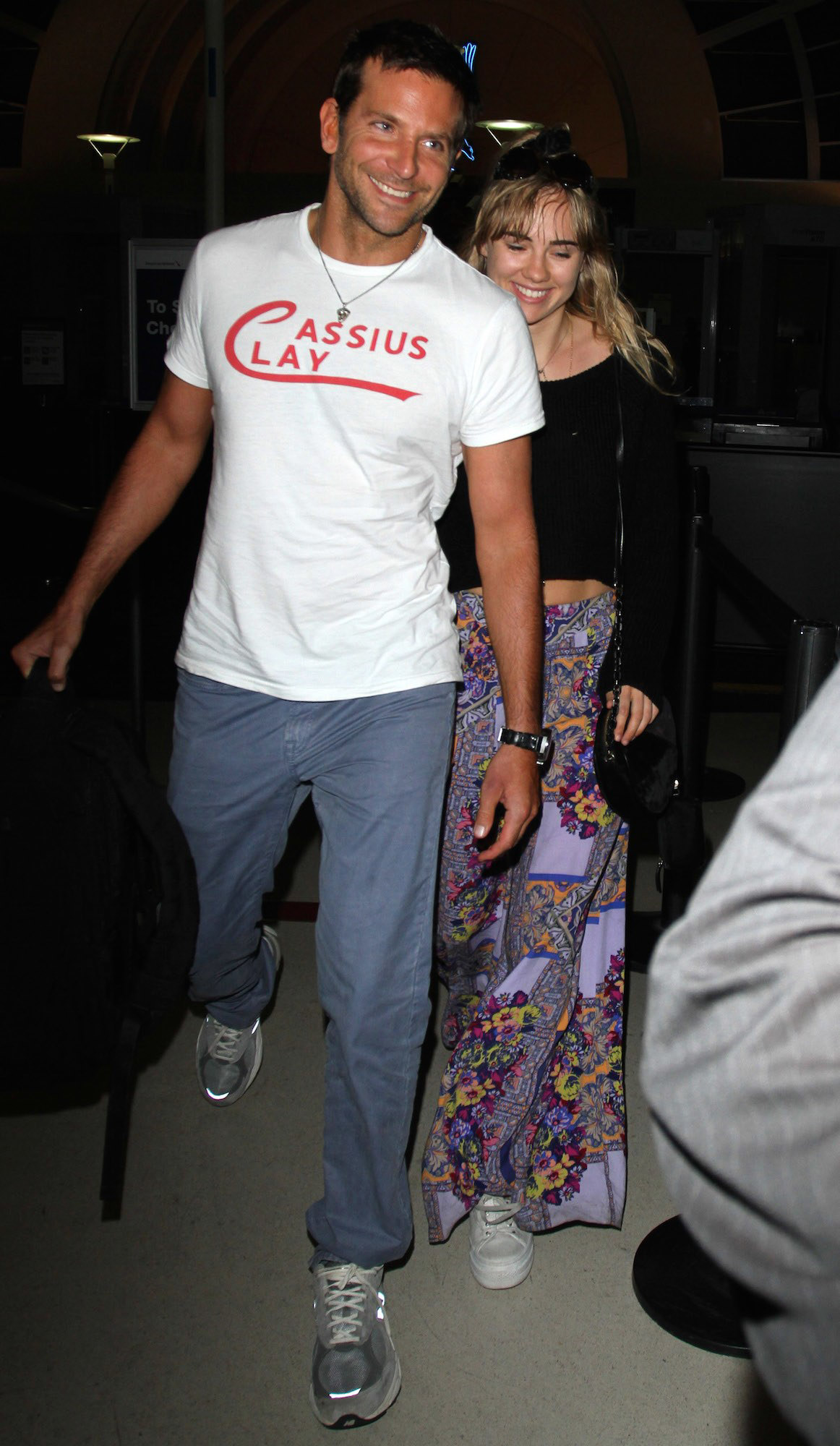 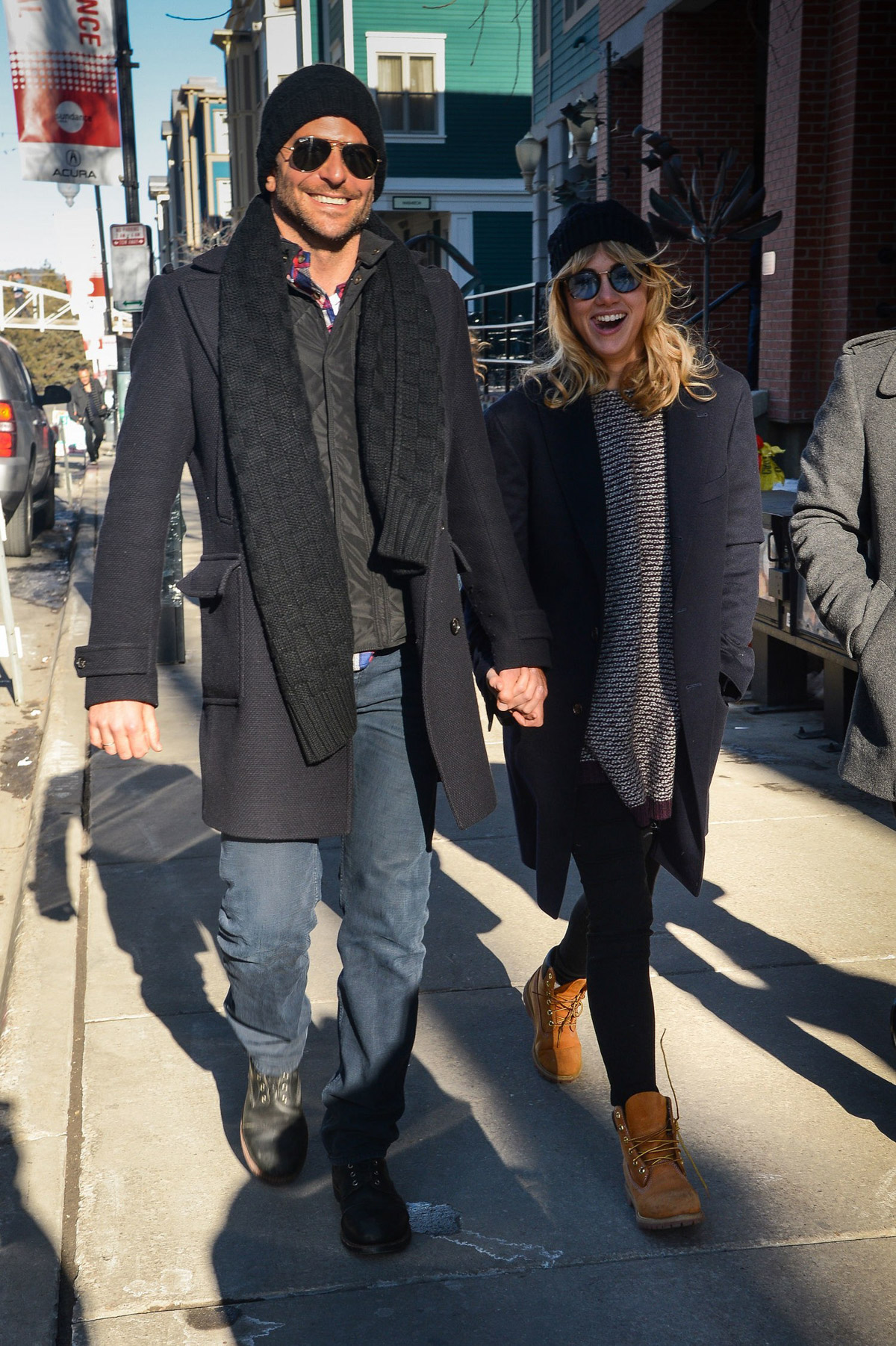 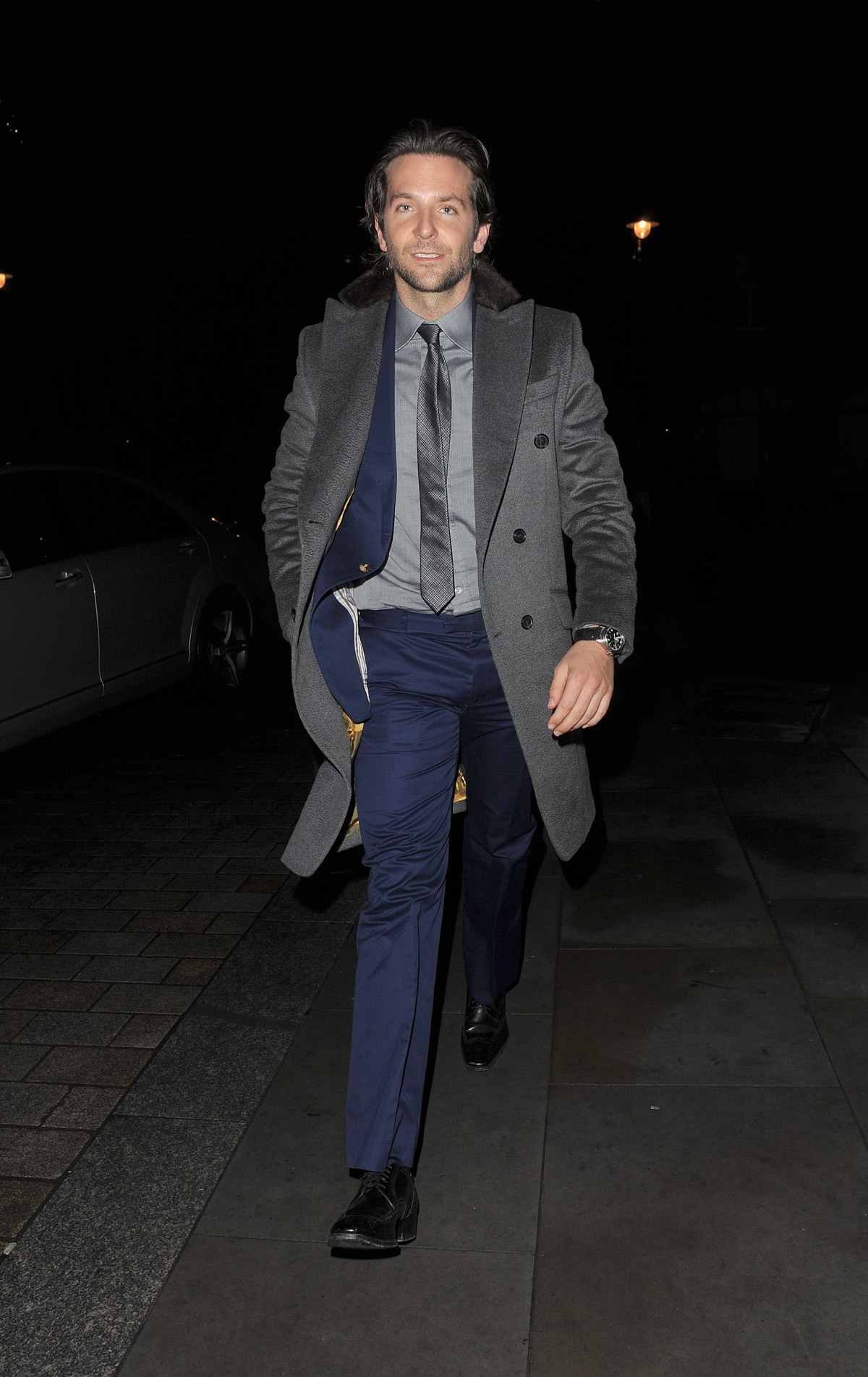 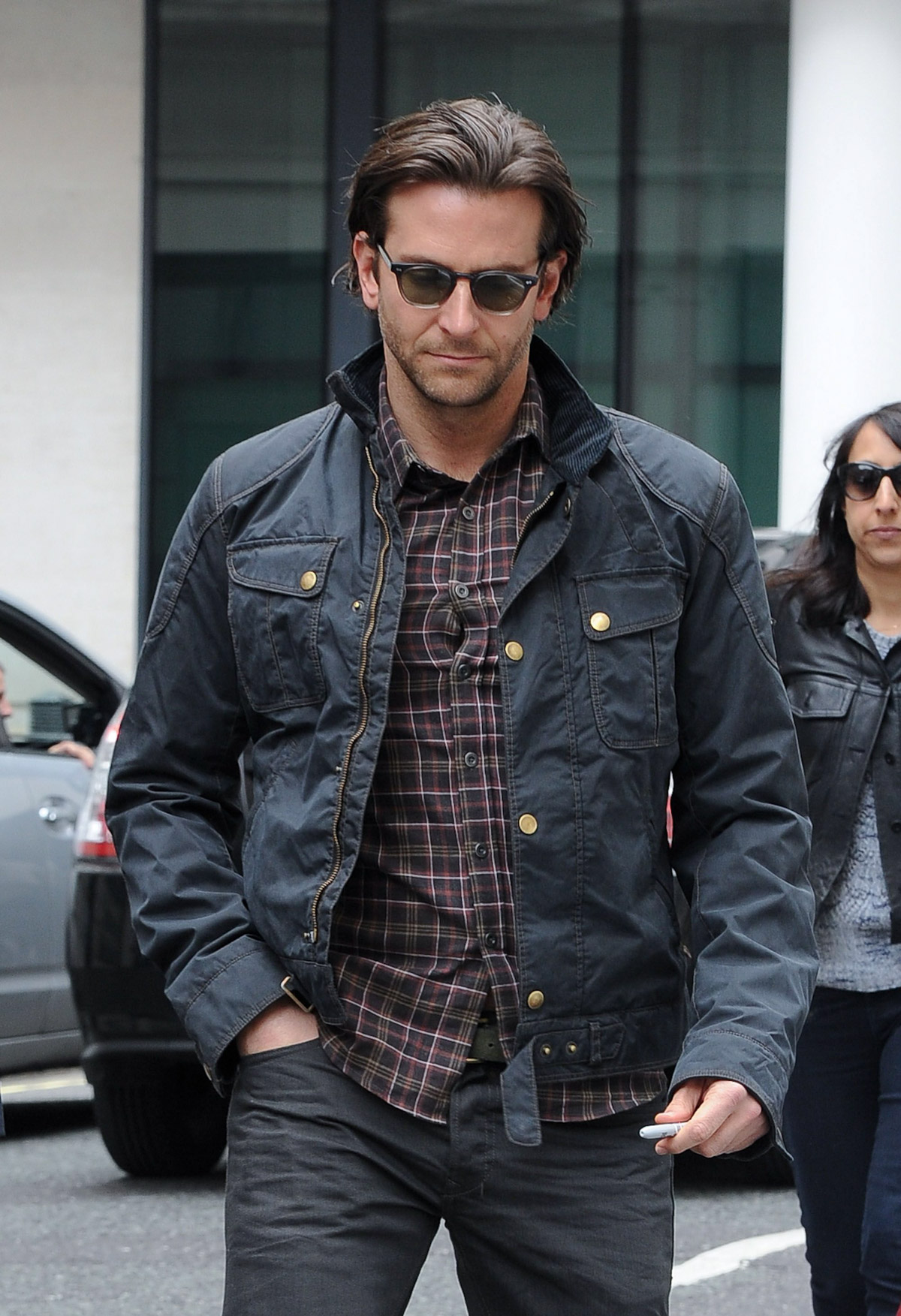 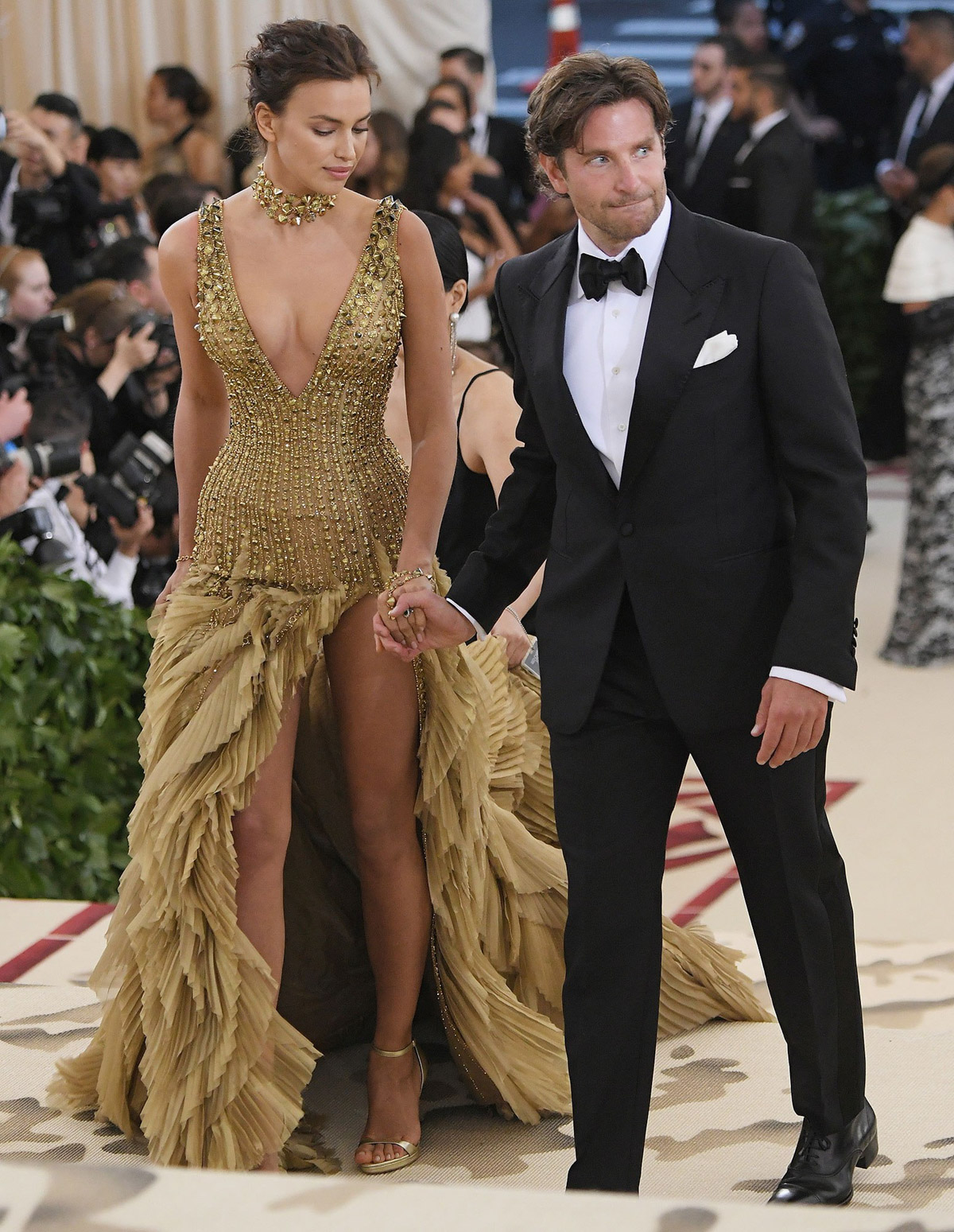 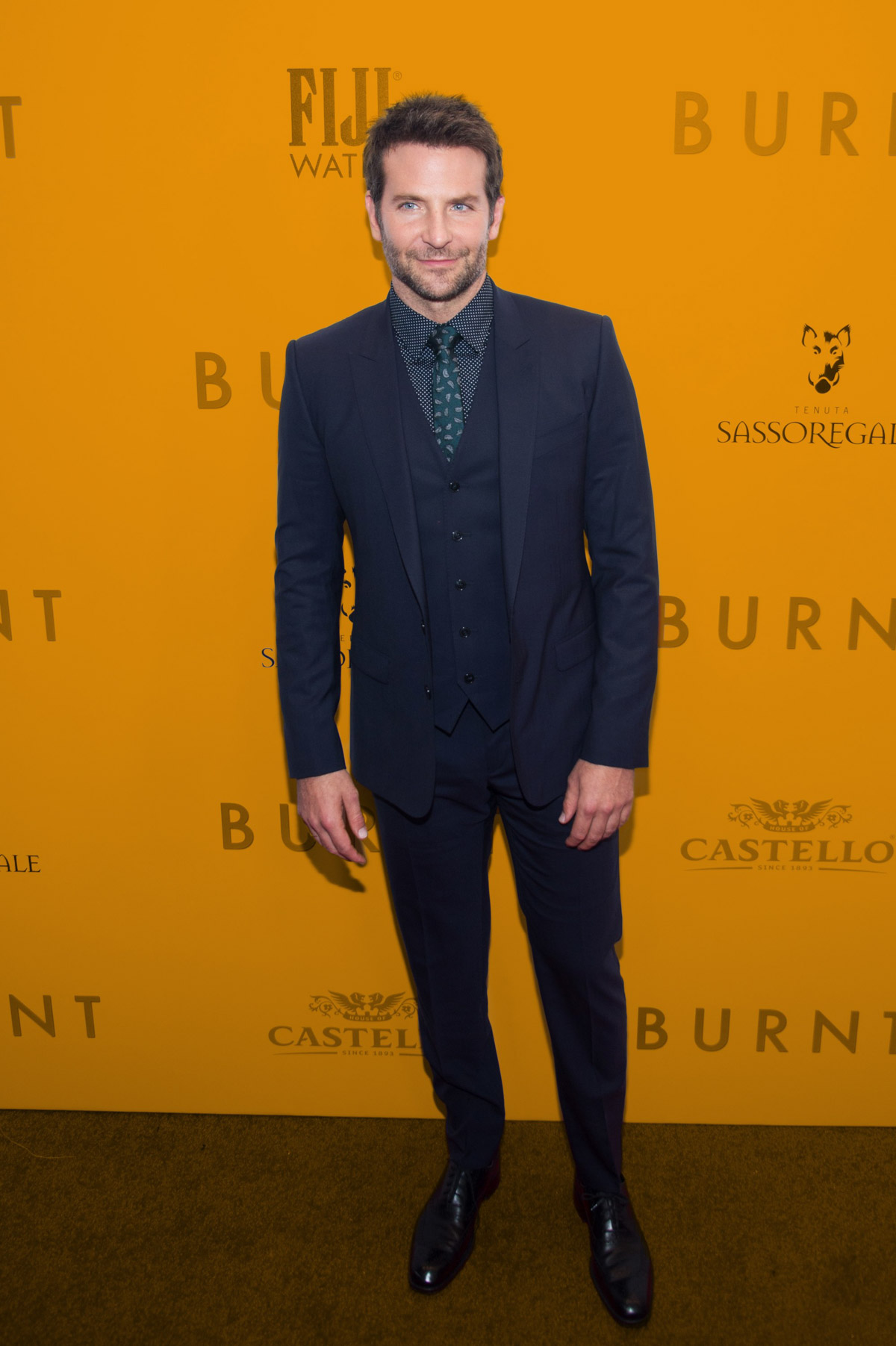 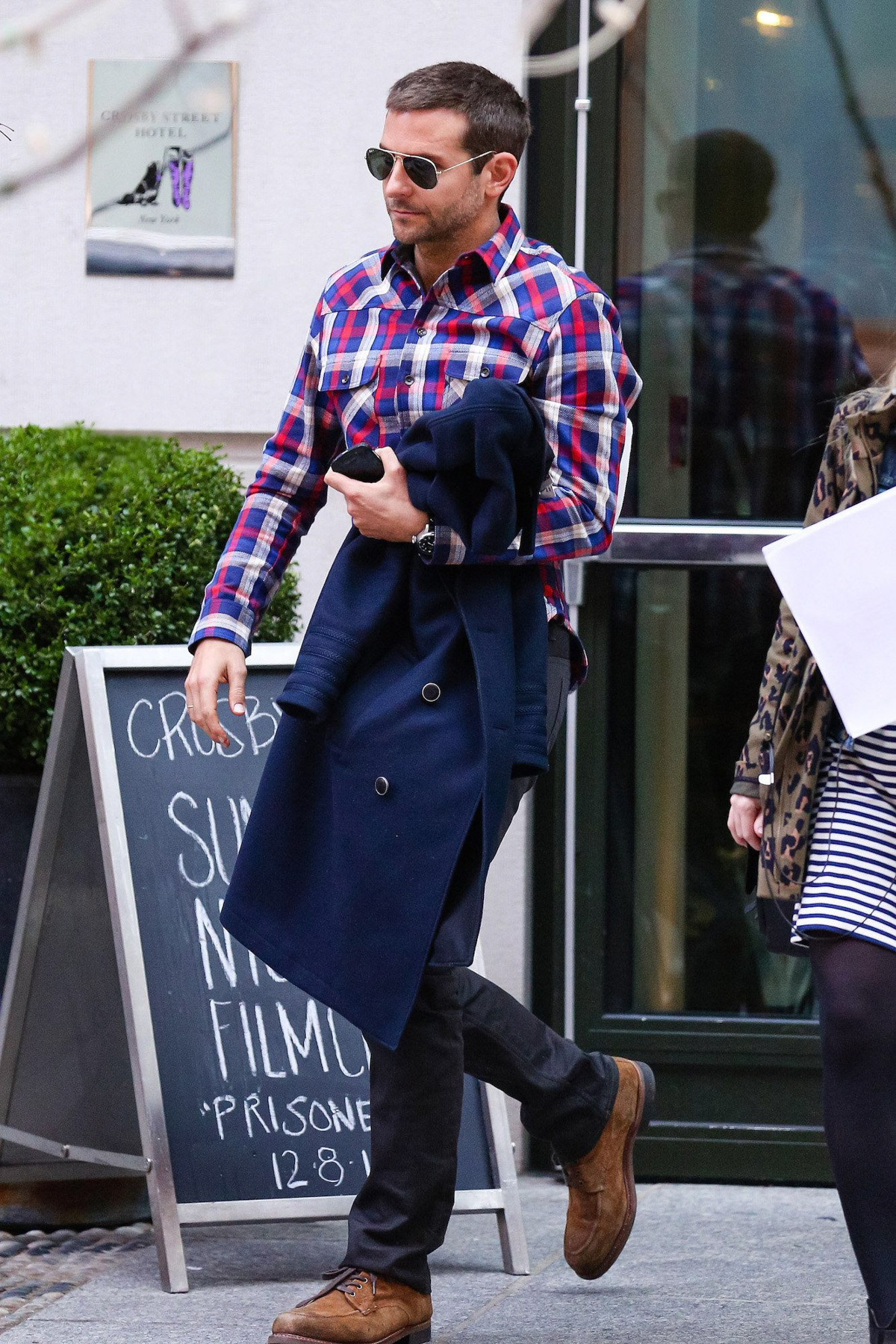