If anyone has shown real love for the game then it’s Drake. The American rapper has been playing part-time hype man and part-time coach for weeks on the sideline of the Toronto Raptor’s ascension into the NBA finals…and we’ve been keeping a close eye on the dazzling array of wrist candy that’s been on show. 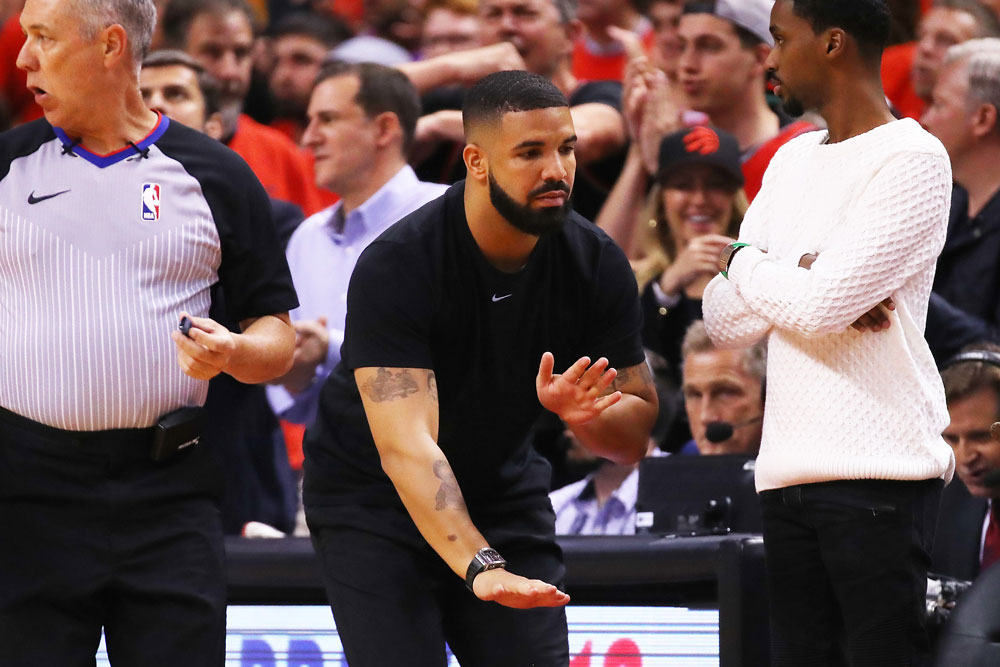 Even the watch is poetic.

As we reported last year, the erotic-themed watch has intimate messages built into the moving word bars of the beating tourbillon movement.

And the bottom bar lights up the message with: “you tonight”; “your lips”; “your body”; “your nipples”; “your pussy”; and “you madly”

Get the combination right and it could eventually read: “Let me devour your pussy”

We don’t suggest you wear this one to impress the in-laws. 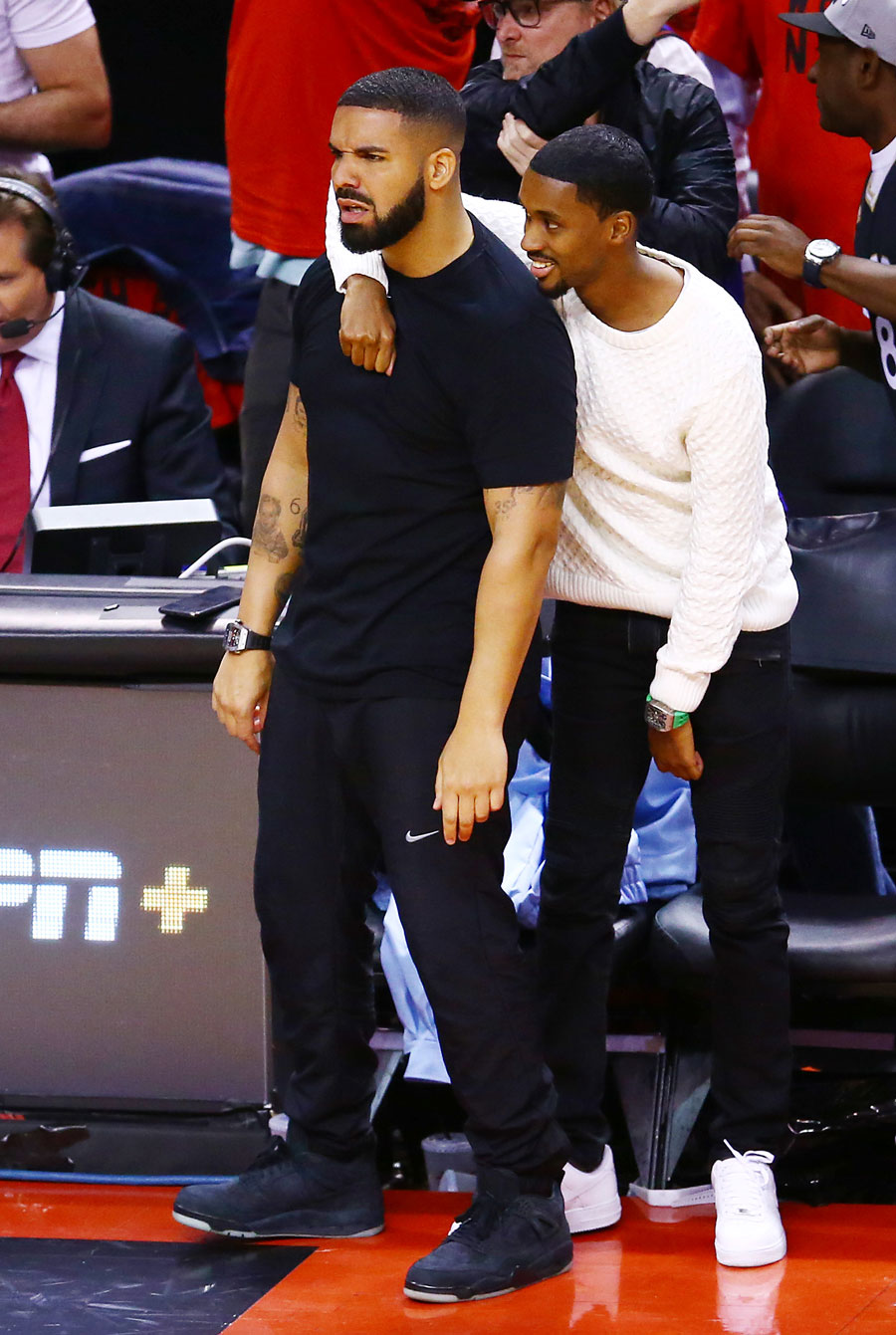 The rapper teamed up with his manager Future Prince on the court side who was also rocking an impressive Richard Mille piece with a striking green strap. Their attire meanwhile was casually sorted with sneakers, sweats and a tee. Nothing outlandish but we are looking forward to seeing what watch Drake will break out in the next game.