A Style Rookie’s Guide To Knowing Your Fabric Patterns & Styles

Men’s fashion is becoming increasingly bold, which means explosions of colours, patterns and prints on the runway and on the street. Choosing a pattern can make or break an entire look. Like a colour, it must match the rest of the outfit, appropriately suit the occasion and be flattering on you. But before you can get to any of that, you have to know how to differentiate one pattern from another in the first place.

Read on for a basic guide to the history and identification of the most common patterns and fabrics of men’s fashion styles. 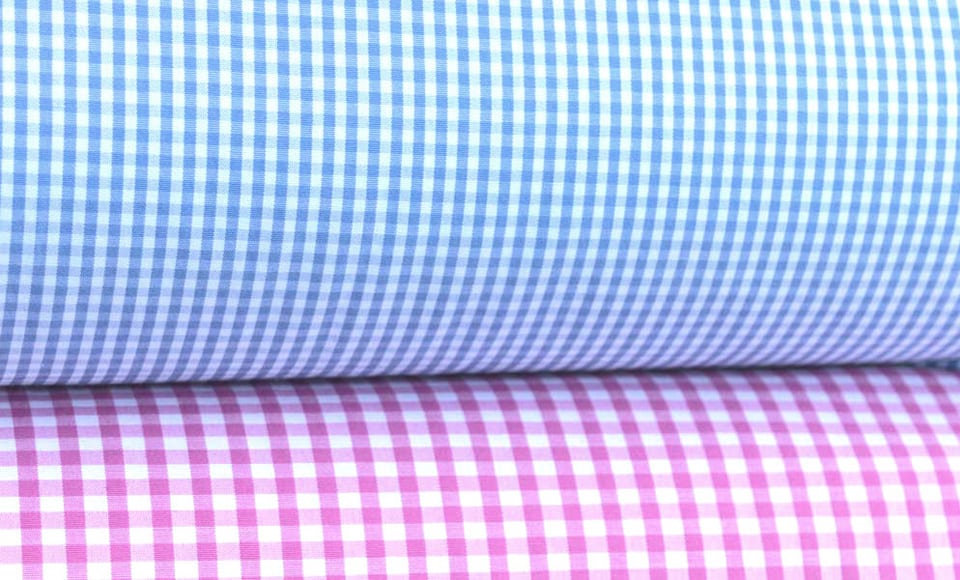 Gingham is a plain-woven fabric, originally made completely of cotton fibres but can also be found to be made from man-made synthetic fibres. It derives its colour and pattern (usually a woven check) from carded yarns, where the colouring is on the warp yarns and always along the grain (weft). There is no right or wrong side of the fabric were colouring concerned.

The name is derived from the Malay word “genggang,” meaning striped, as gingham fabric got its start as a stripe pattern when first imported to Europe in the 17th century. Nowadays, gingham (along with muslin) is often used as a test fabric by fashion designers. Despite its reputation as the “tablecloth pattern,” gingham is now a popular choice for men’s dress shirts. 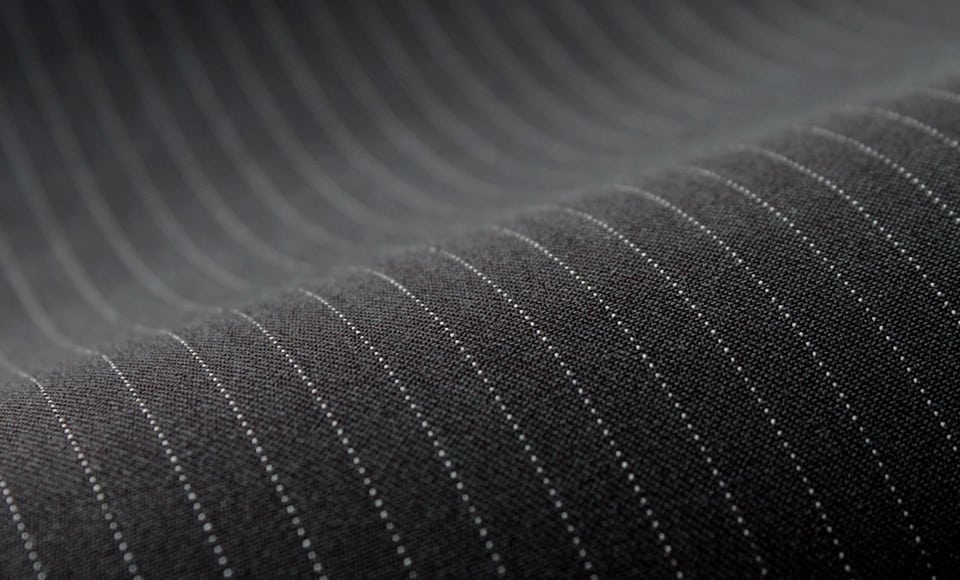 Pinstripes have been a fashionable option for men’s suiting since the turn of the 20th century. The pinstripe is easily the most well-known stripe today. It is closely related to several other kinds of stripes, which are often called by the same name, but a true pinstripe is typically woven into worsted cloth and made up of pinhead-sized dots of yarn – silk, mercerised cotton, or sometimes man-made materials – that come together to form very thin, non-continuous lines.

The pinstriped suit is now associated with dapper movie stars like Cary Grant and Clark Gable, as well as American Prohibition-era gangsters and jazz musicians. Perhaps the most famous wearer of pinstripe suits was the legendary Winston Churchill, who sported them throughout his tenure as prime minister. These days, pinstripes are seen everywhere from contemporary, fashion-conscious tailoring to athletic uniforms. 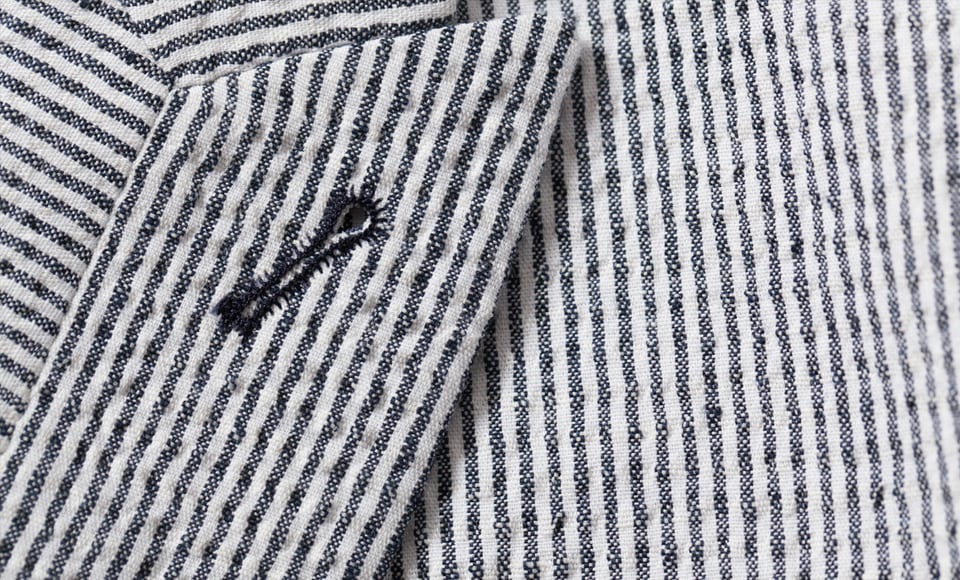 Seersucker is a light, thin cotton fabric with a crinkled surface and typically a striped pattern. Stories on the origin of the name vary, but all agree that the word came into English from Hindustani and has something to do with sugar (probably due to the puckered fabric’s resemblance to the bumpy texture of sugar). Seersucker gets its wrinkled appearance from a process known as slack-tension weaving, which causes it to sit away from the skin thereby facilitating heat dissipation and air circulation.

Seersucker got its start during the British colonial period, when its unique properties made it an ideal material in warm weather colonies like British India. It later spread to the United States, where it became especially popular with gentlemen in the South. It remains a standard for summer wardrobes. 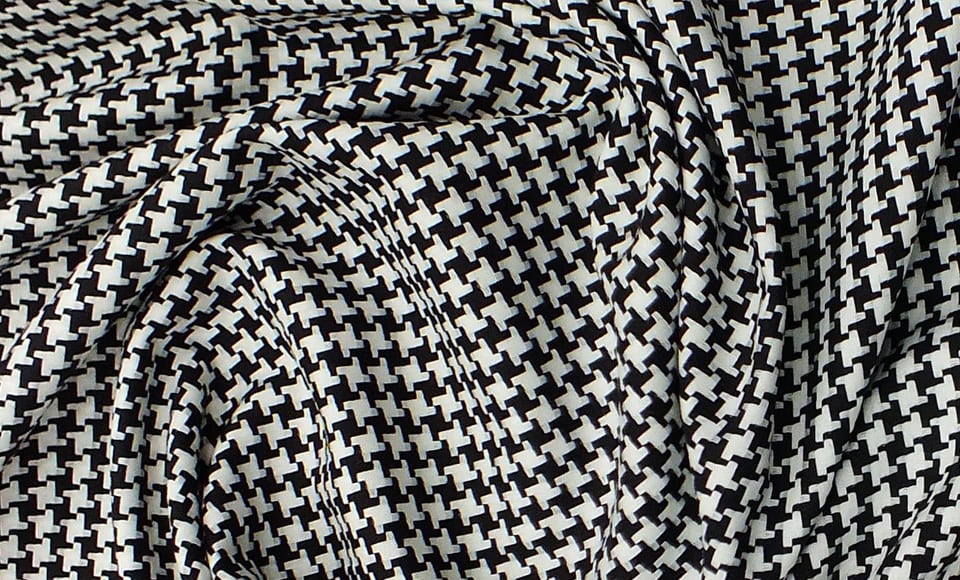 Houndstooth (also known as houndstooth check, hound’s tooth, dogstooth, dogtooth, dog’s tooth or puppytooth for small-scale versions) is a duotone pattern recognizable for its abstract four-pointed shapes. The classic image is of a black and white houndstooth pattern, but other colours can be used.

Houndstooth originated in Scotland in the 1800s, where it was worn as an outer garment of woven wool cloth by shepherds. It is still typically used for coats and jackets in tweed and wool fabrics, but can be found in just about any garment or accessory as well as in interior design. Houndstooth has been a favourite of designers like Chanel, Armani, Louis Vuitton, Moschino and McQueen. 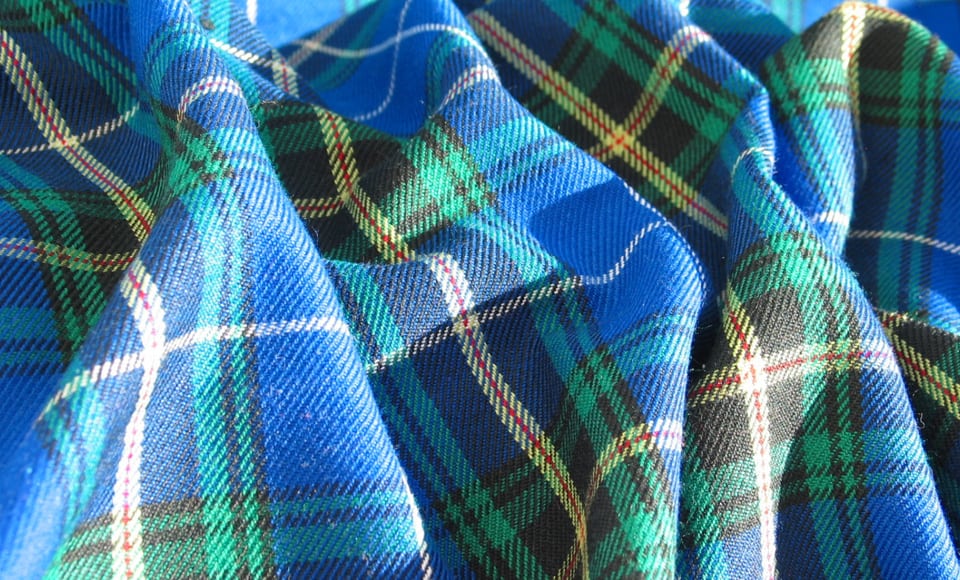 Plaid is a pattern of crisscrossed horizontal and vertical bands in multiple colours. Known as tartan in its home country of Scotland, plaid originated in woven wool and is now made in many other materials. The weaving process forms visible diagonal lines where the different colours of the pre-dyed threads cross, giving the appearance of new colours blended from the originals. The result is repeating blocks of colour that form a distinctive pattern of squares.

Plaid is, of course, famously associated with Highland dress and Scottish clans, but today the pattern is not limited to textiles. It made an especially important resurgence during the punk music craze of the late 1970s, when plaid went from being associated with authority and gentility to being an anti-establishment symbol of rebellion. 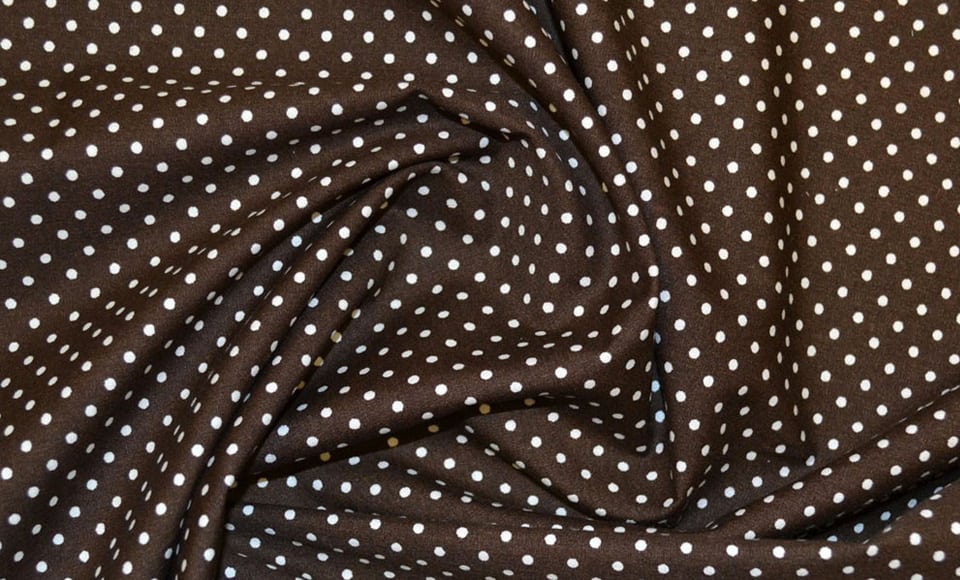 Polka dot is a pattern consisting of an array of filled circles, generally equally sized and spaced relatively closely in relation to their diameters. The pattern shares its name with the Bohemian folk dance that was all the rage in mid-19th century America, though no one has yet been able to draw a clear connection between the two.

Despite the unclear origins of its name, the polka dot has been a fixture in popular culture ever since. DC Comics introduced Polka-Dot Man in 1962. Bob Dylan sported a polka dot shirt on an album cover, and blues guitarist Buddy Guy is famous for playing his signature black Fender Stratocaster with cream polka dots. The pattern is also immortalized forever in the song “Itsy Bitsy Teeny Weeny Yellow Polka Dot Bikini.” 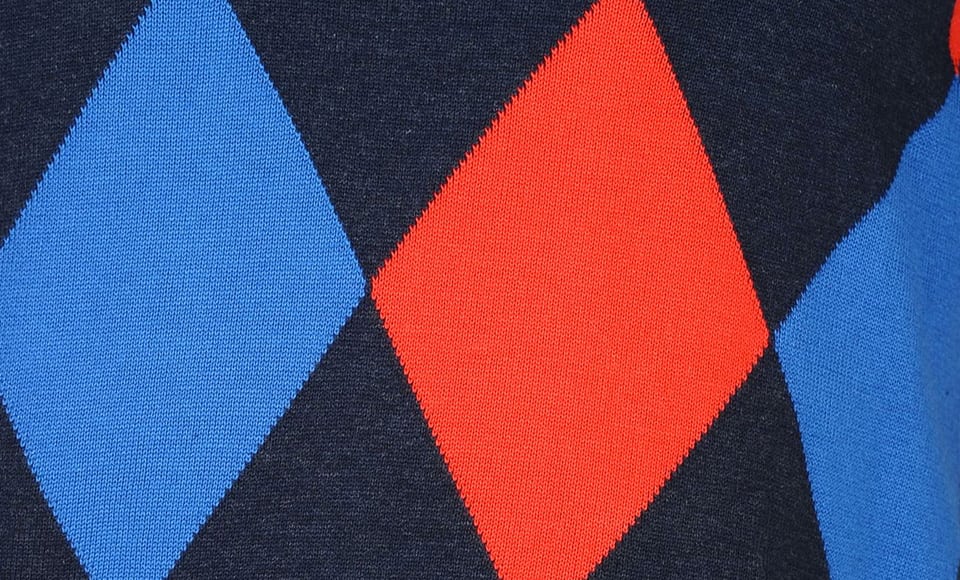 Like plaid, the Argyle pattern comes from Scotland, in particular the tartan of Clan Campbell of Argyll in western Scotland. The pattern was used for kilts and other traditional garments, as well as the socks worn by Scottish Highlanders known as “tartan hose.” The pattern is distinguished by its layers of overlapping motifs, typically an overlay of inter-crossing diagonal lines on a checkerboard of solid diamonds.

Argyle has a sporty connotation, derived from its use in golf clothing (both for jerseys and for the long socks needed for the plus-fours trousers that were in fashion during the 1920s). In the 21st century, you’re most likely to spot it on socks and sweaters, where it can simultaneously be a nod to tradition and a bold statement.