Gold has always been seen as a symbol of distinction, with flashes of its bright tones making any timepiece all the more recognisable.

The versatility of gold lends itself to classical, conservative pieces, which respect the traditions and codes of watchmaking, to statement pieces, which utilise the colour of gold to draw all eyes to its desirable lustre.

Watchmakers often choose gold to house their mechanical creations that they deem worth of being masterpieces, and as such, you see many high complications housed in the precious metal.

Here, we present a few of our favourite gold watches that make a statement for all the right reasons. 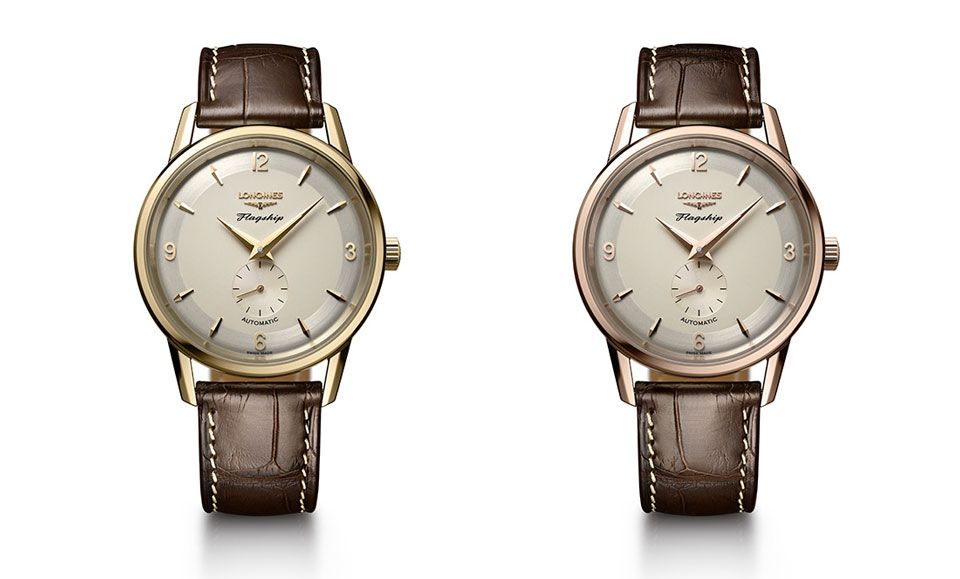 Celebrating 60 years of the Flagship line, the new Anniversary model pays tribute to a model created in the late 1950s, and brings it back in Yellow Gold and Rose Gold (Steel is also available).

The choice to remake this watch was actually made by the actress, Kate Winslet, picking out the watch on her visit to the factory in St Imier. The watch is absolutely pure and classic, with nothing but hours, minutes and seconds on the dial, and markers in the same colour of gold as the case.

The Longines Flagship 60th Anniversary is an exercise in classism and purity, its timeless good looks remaining relevant even today. 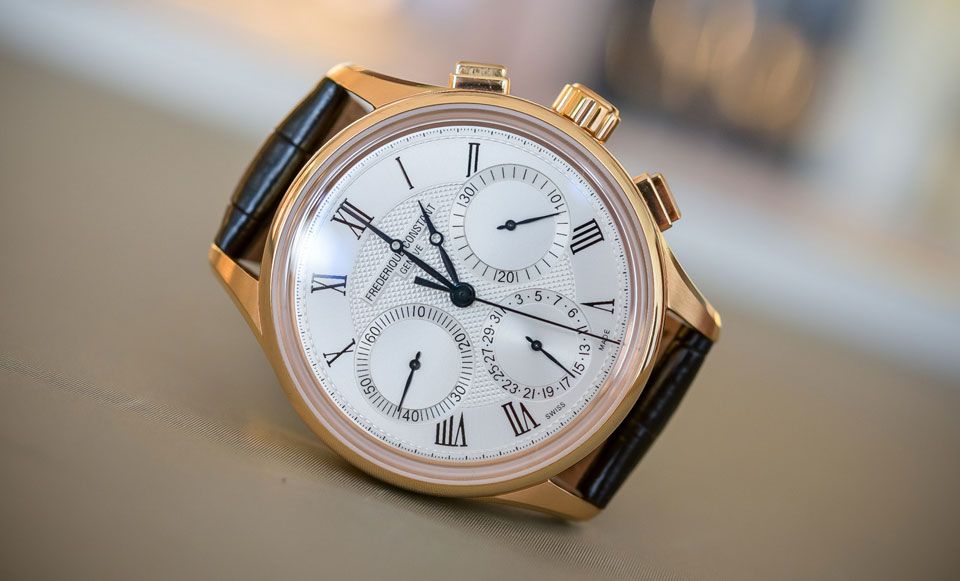 Released at Baselworld 2017, the new Frederique Constant Flyback Chronograph Manufacture combines classical case proportions, with a rose gold plated case, and a movement that for its price, punches well above its weight.

The watch has a flyback chronograph movement, something that is usually seen in watches that are at least 3 times the price, and it incorporates the date function in a subdial at 6 o’clock – a method that does not disturb the classical proportions of the watch.

Our pick of the bunch is the silver dial version, which complements the classic styling of the watch with its baton markers and “alpha” shaped hands. 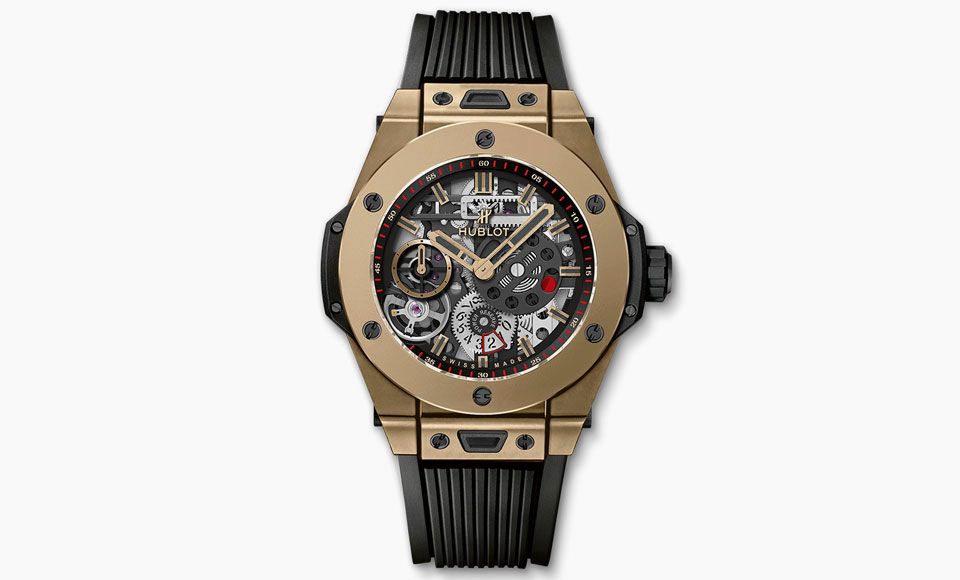 While gold has always been prized for its many properties since the ancient times, Hublot has taken the metal and modernised it for the 21st Century.

The entire case of the Big Bang MECA-10 Full Magic Gold is made of Hublot’s proprietary blend of 18k Gold, and it is not only its colour that sets it apart, it is the composition of the gold itself and its new-found properties that really puts it ahead of the pack.

The Hublot Metallurgy Department successfully combined ceramic and gold to create the world’s first and only scratch-proof gold. The matte finishing of the case, combined with its unique colour really set the watch apart from the pack, not to mention, the design of the MECA-10 movement, with 10 days power reserve, and its eye-catching layout of 3 power reserve indicators. 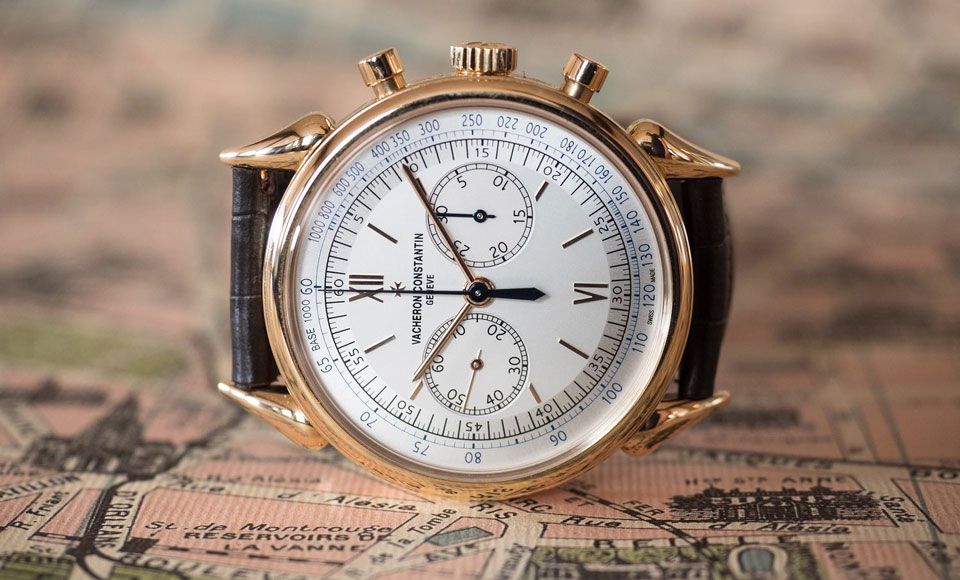 Based on the vintage reference 6087 dating all the way back to 1955, the Historiques Cornes de Vache 1955 pays tribute to this model, bringing the feel of the 1950s to today.

This is as traditional as a vintage-inspired chronograph can get, with the “cow horn” lugs, a warm rose gold case and the manual winding movement, a construction based on chronograph movements of the past. Befitting a Vacheron Constantin, the chronograph calibre 1142 is finished to the standards of the Hallmark of Geneva, the movement glistening in any light with its polished chamfering highlighting the levers and bridges of the watch.

A fantastic historical tribute, right down to the smallest details. 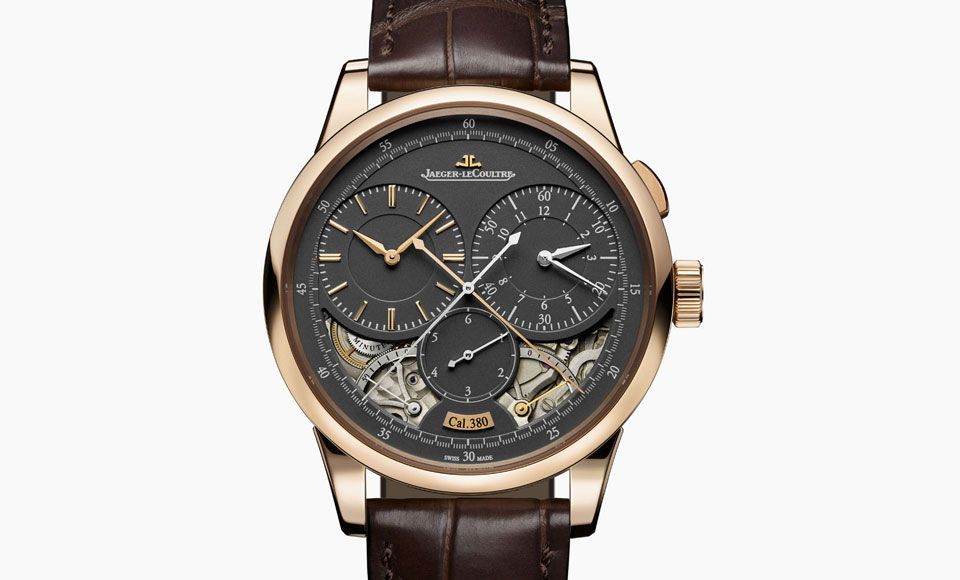 In the quest for precision Jaeger-LeCoultre created the Dual-Wing concept for complicated watches, allocating separate power sources for the complication and for the timekeeping, so that the complication would not disturb the accuracy of the hours, minutes and seconds.

This masterpiece of a movement, lovingly crafted in German Silver is housed in a Pink Gold case, with an unusual dial layout, that combines traditional finishes with modern thinking.

The Pink Gold case and its fine watchmaking movement is a typical demonstration of watchmakers pairing their best movement creations with the noblest of metals.