Enter Harry Styles. We love the guy for his often daring and gender bending wardrobe pursuits, but this one is probably enough to warrant the question of why he didn’t just wear grandmother’s funeral dress. The lacy Victorian era jumpsuit from Gucci is polarising to say the least and on Harry Styles it does exactly that. 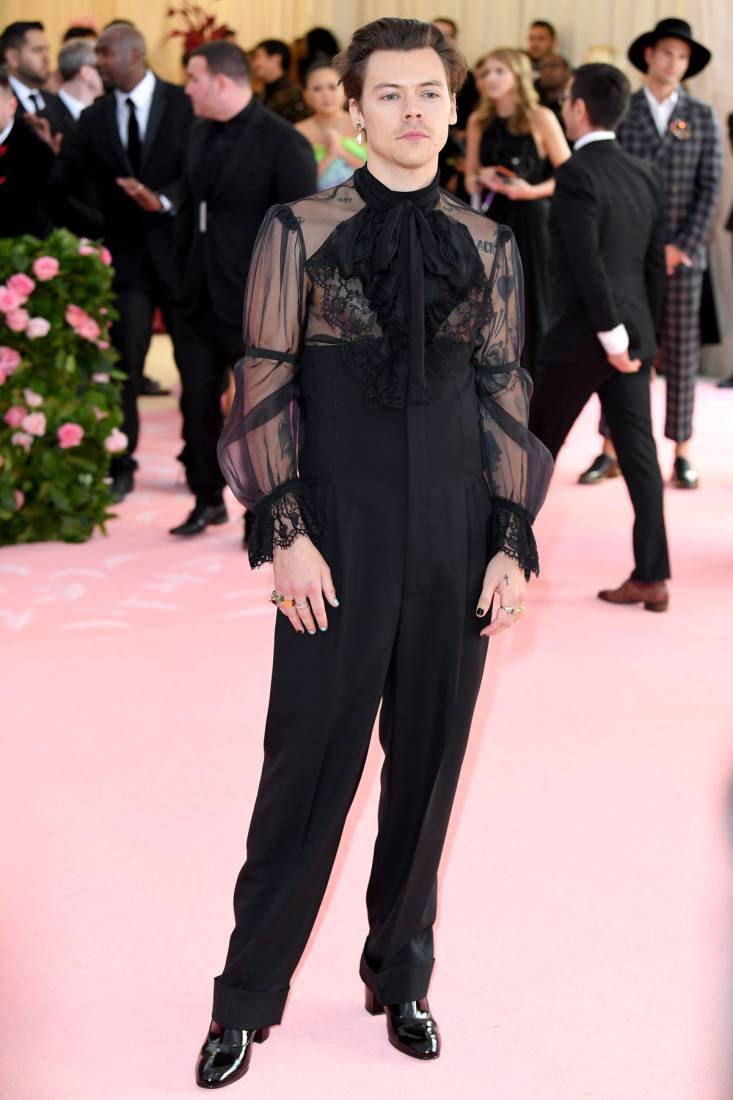 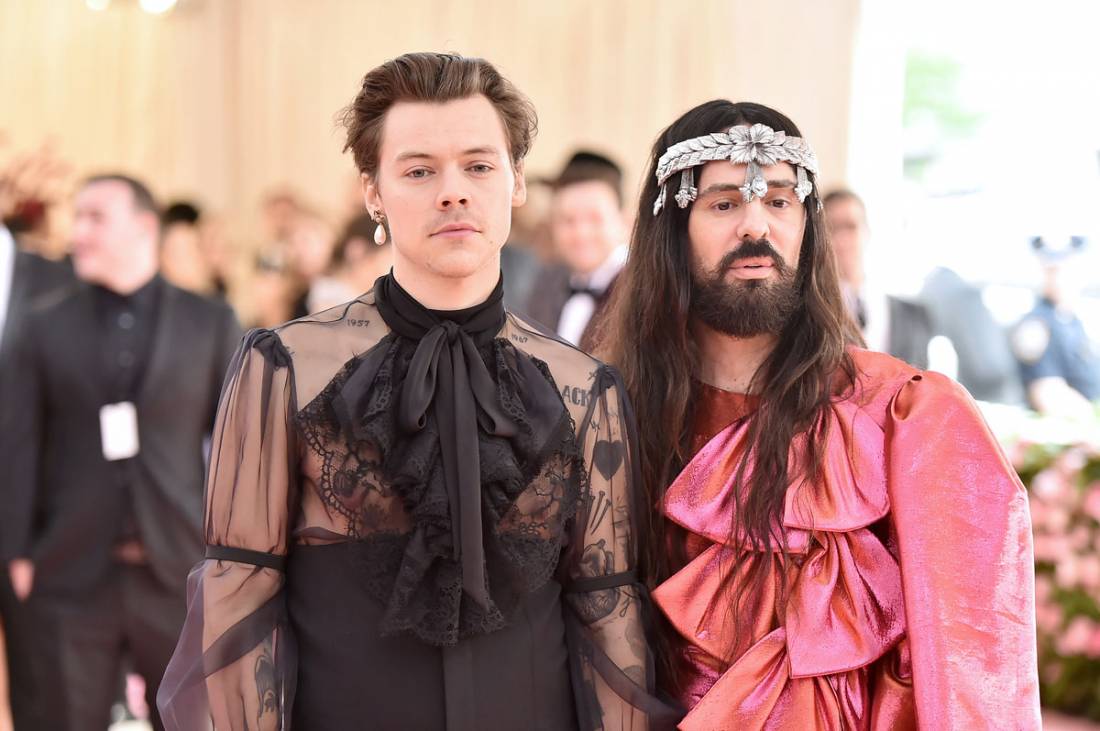 His partner in crime of course was none other than Alessandro Michele, the creative director of Gucci, who despite his talents looked like a rather fabulous Sindarin Elf from Lord of the Rings. Sure guys can dress how they want in this day and age, but it should also be fun to call them out should things get a bit nipple-ly. 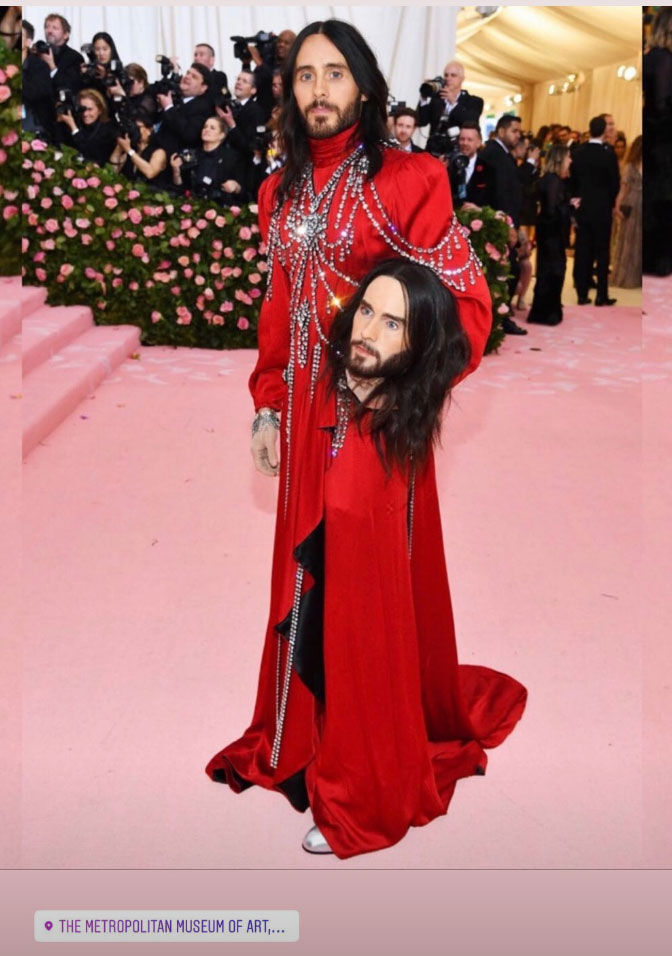 So where does a man draw the line between art and style? Maybe at the point where you decide to bring your own severed head to the party like Jared Leto did. Till next year, you fabulous fashion fiends.