If this isn’t taking sponsorship obligations to the next level then we don’t know what is. Henry Golding was spotted this week in Las Vegas rocking one of the reddest suits you’ll ever see and he even conveniently matched the CinemaCon Awards red carpet and main sponsor Coca-Cola. 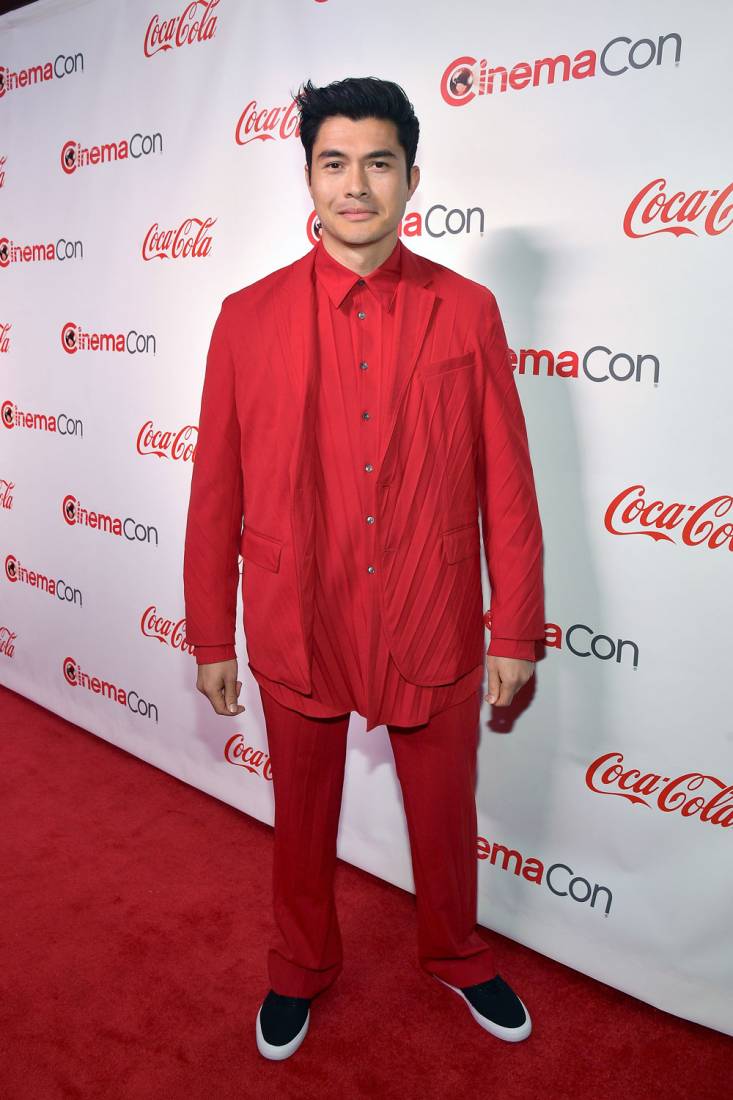 It wasn’t so much the colour co-ordination that surprised us though (well, actually it is) but the cut of the suit which garners all sorts of ‘WTF-ery’. For starters the dress shirt, which is intentionally long and untucked with geometric fold lines to make for a very floaty piece. The blazer follows the same trend with diagonal crease lines ironed in…and not much else. And then we have the trouser-footwear combo. For someone who usually has a sharp eye for style, Golding looks like he raided his formal/prom night wardrobe with baggy red trousers paired to black and white sneakers. We know Golding is always out to make a statement with his style, but we’re really not sure what this male maternity suit is trying to say. Is the man pregnant? If you take one of his recent Instagram posts seriously then most likely.

Little known fact…we actually filmed an alternate ending where Nick runs off with Rachel Chu’s brother, Jonathan Chu. Both lived happily ever after on a private island called Samsara (some say it has a great shopping boutique) 😂 This was from my picture wrap, such a conflicting moment of great joy and sadness… Would I be able to ever achieve anything of the like ever again? Tomorrow I head to CinemaCon in Vegas, this time last year @constancewu, @jonmchu and myself were on stage showing the world the first ever footage of @crazyrichasians. This year I’m there with Guy Ritchie’s new gangster flick and the best new christmas movie in the entire universe, @paulfeig’s “Last Christmas”. Every year we up the ante, every year aim to better yourself. Can’t wait till we drop some new footage for all of you 👊🏼 📸: @iamsanjabucko ❤️

But we digress. Since the debut of Crazy Rich Asians Golding has been on a bit of a winning streak both with crowds and menswear enthusiasts. Just last week he was at CinemaCon alongside Charlie Hunnam and Chadwick Boseman in sky blue are killer loafers. 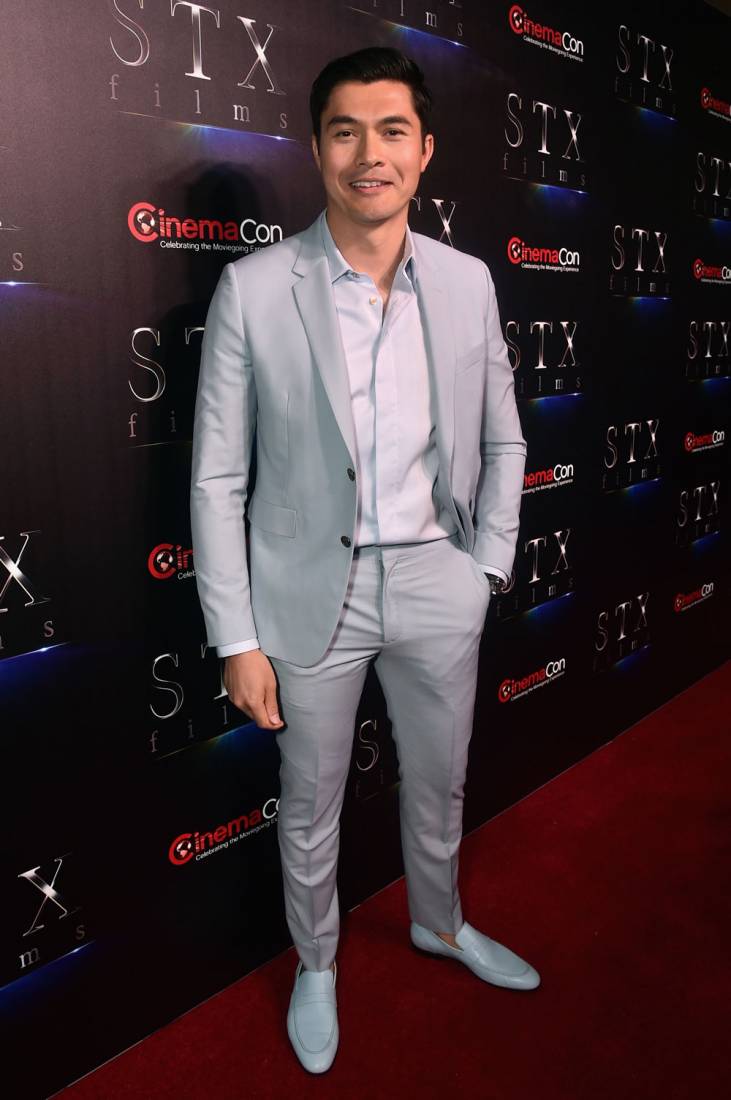 And a week before that he was showing men how to rock a mean windowpane blazer with jeans. 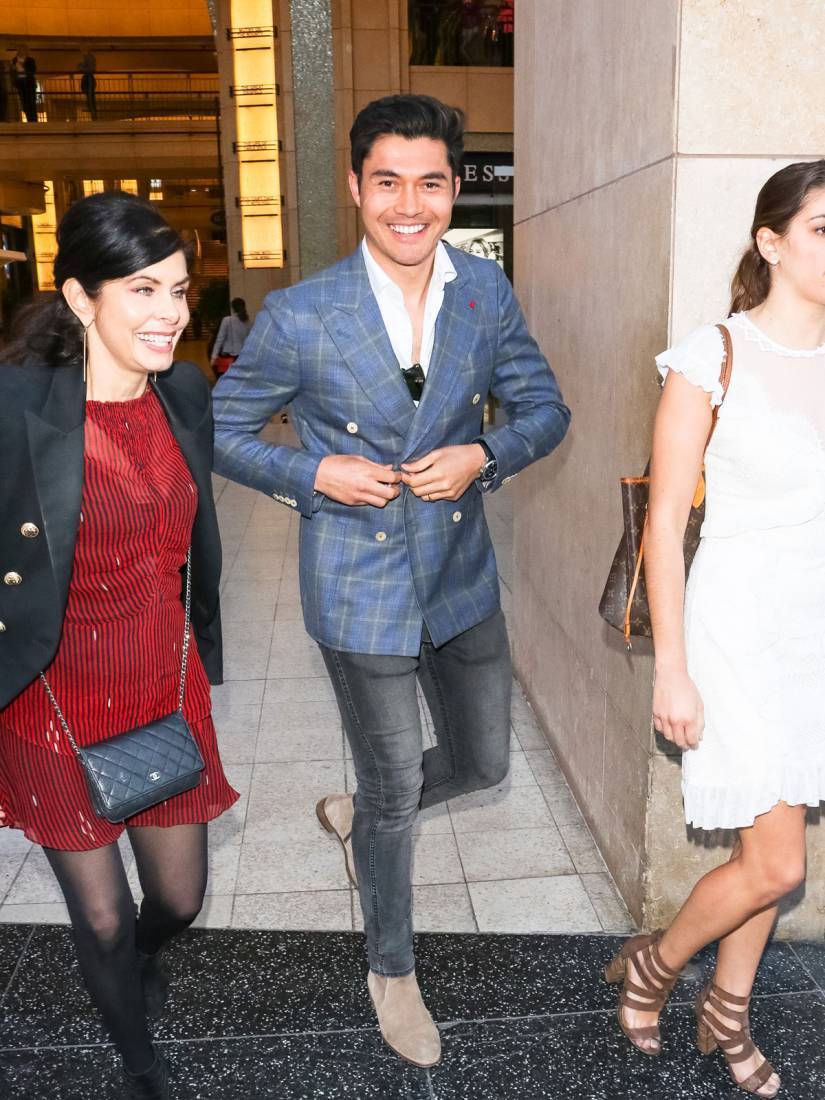 Where is the Henry Golding of two weeks ago and can we please have him back?