New York men are expert dressers – no matter the season. In the long, sweaty summer New Yorkers know how to wear just the perfect amount of linen, while winter sub-zero temperatures see them layering like it’s second nature.

How to dress like a New Yorker? In the city that never sleeps, each man boasts his own distinct look. But, from Manhattan to Queens, Brooklyn to Upstate, New York offers certain style themes that can easily be replicated by who live outside America’s capital of cool.

Men in New York are ambassadors of clean lines and slim cut shapes. Most men get suits tailored and even take it to the extent of made-to-measure jeans and shirts. The most important thing to New York men is their shoes, recognising a solid, leather pair can essentially dress up a casual outfit and take it to the next level. The final touch is an accessory such as a watch or ring. Then you’re ready to hit the prim Upper East Side before crossing the bridge to the eclectic (and hectic) Brooklyn.

New Yorkers like to wear an outfit that can ride functionally during the day but is chic enough to party at night. How? Tailored formalities with the ease of casual wear – under a mood of black. A typical look might be a classic overcoat with rounded shoulders, layered over a textural knit and button shirt; the trousers made a tad technical with a sheen-y sports fabric and zip details, providing a visual feature and as well as a function.

Tying it all together, black dresses down traditional pieces without losing the overall effect of being sophisticated – and chic.

Home to the world’s most influential stock exchange, Wall Street plays its own trading games with the suit in New York. Unlike the stuffiness of the grey power suit that swept the city in the Eighties, the modern broker sports fresh tones of blue – from cobalt to midnight.

Darker suits work well with subtle pinstripes before basing-out with burgundy shoes, while marine tones match swimmingly with marsala – the wine-like hue rouging up key New Yorker accessories, such as ties and neckwear.

Taking the lead from Sixties Britain, the ‘mod’ theme rides wild in New York. It’s the perfect mix of tailoring and smart with the brashness of Dandy colours being just that little bit playful – and goes hand in hand with the eponymous Manhattan cocktail. Although New Yorkers don’t necessarily have a penchant for soul music or motor scooters, you will see them in fruit-inspired hues like mulberry, peach and orange (especially on relaxed trousers).

Keeping it chic, a clean waist coast under super structured outerwear in only the best wool, captures the retro look. Don a brimmed hat under barber-ed slick hair and you’re officially part of the mod squad.

New Yorkers love a good accessory more than a cream cheese bagel or corn dog. And they pile them on. How to accessories like a New Yorker? For casual looks, especially those lacking in colour, men drape themselves in chains – from the pocket wallet chain to around the neck – as well as multiple metallic rings, and a statement watch that is slimmer than your average Breitling. Tailoring also gets a sprucing with fedora hats, acetate vintage glasses frames and floral pocket squares that become much the statement themselves, rather than the suit.

New York’s Brooklyn hipsters are the most clean-cut and luxurious in the world. Strong-lined tailoring and symmetrical silhouettes get a sophisticated twist with interesting natural fibres such as wool and satiny nylons. Layering is important to the hipster and lets him show-off his ability to pile on trend after trend after trend in the same look. An important tip on how to dress like a New Yorker, keep the tone neutral as it will allow the textures of your outfit to be the feature. Plus, it highlights the New York fashion crowd’s disdain for colour – unashamedly pushing black-on-black-on-back.

So, now you know how to dress like a New Yorker, it’s time you learnt the brands that will have you looking like you genuinely belong in The Big Apple. 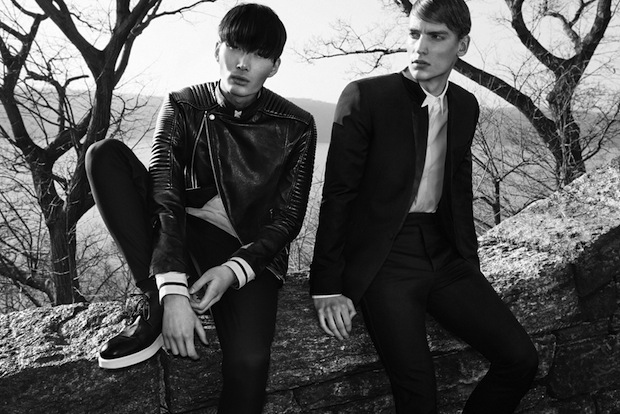 Founded in 2008 by designers Dao-Yi Chow and Maxwell Osborne, Public School has found a niche in urban tailoring. Monochromatic, it offers casual styles with sharp tailoring. 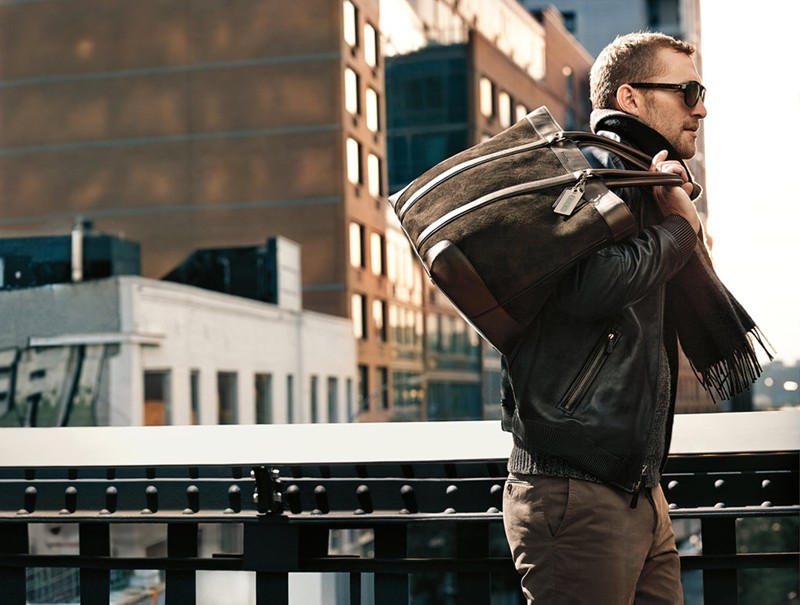 Launching its first men’s wear collection this year, the NY leathergoods maker offers some of the best outerwear (shearling especially) in 2015. Expect earthy browns and textural leathers across bags, coats and jackets. 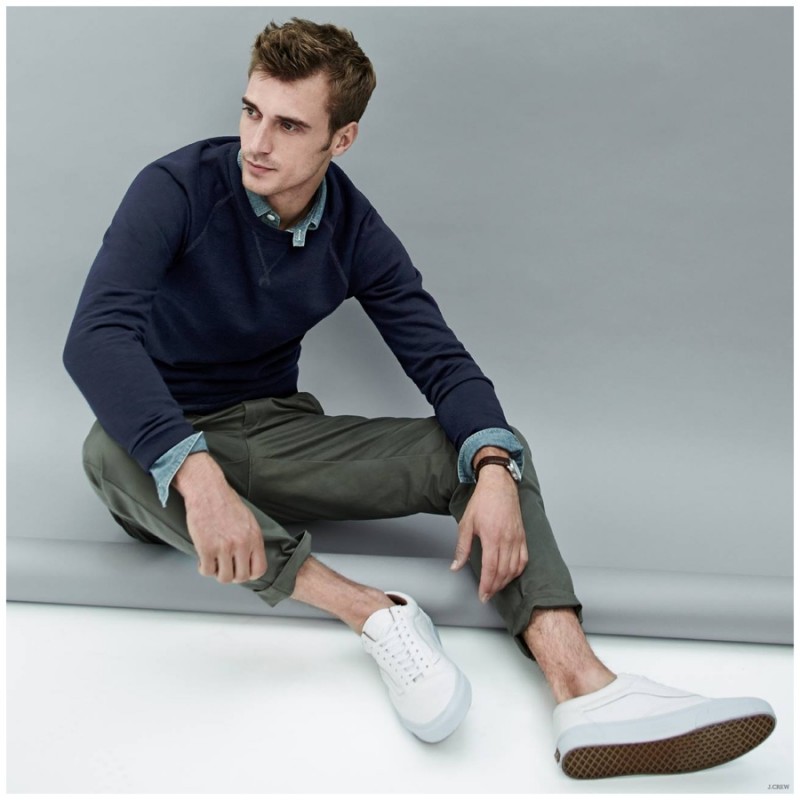 Classic New York, J.Crew offers staple casual attire and simple business wear, too. It’s the quality-meets-simplicity found in their sweaters, shirts and chinos that make J.Crew an icon in the concrete jungle. 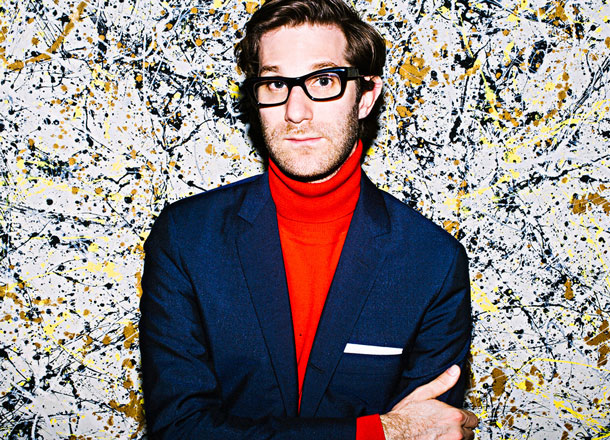 Starting with a material-focused tie line, Hart produce his first line in 2013. His modern and tailored approach to style sees him creating confident yet approachable clothing for dapper gentleman. 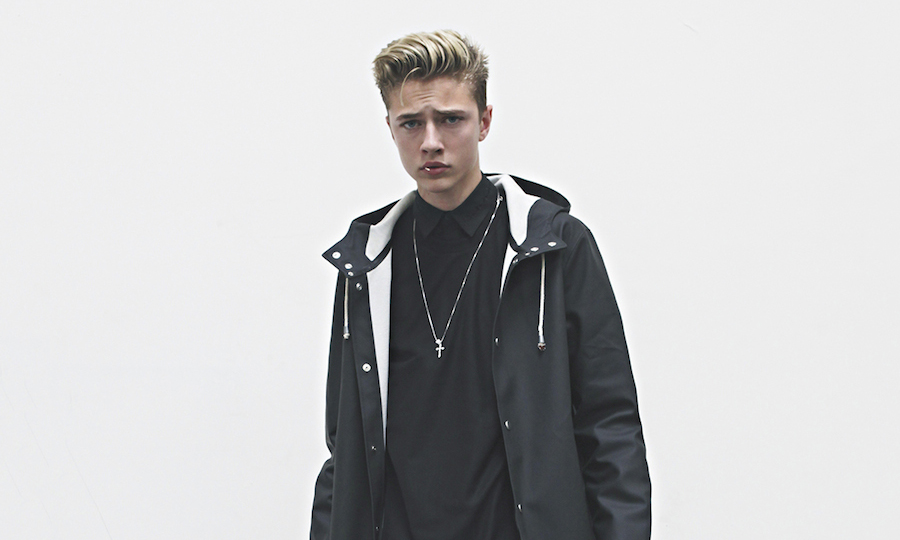 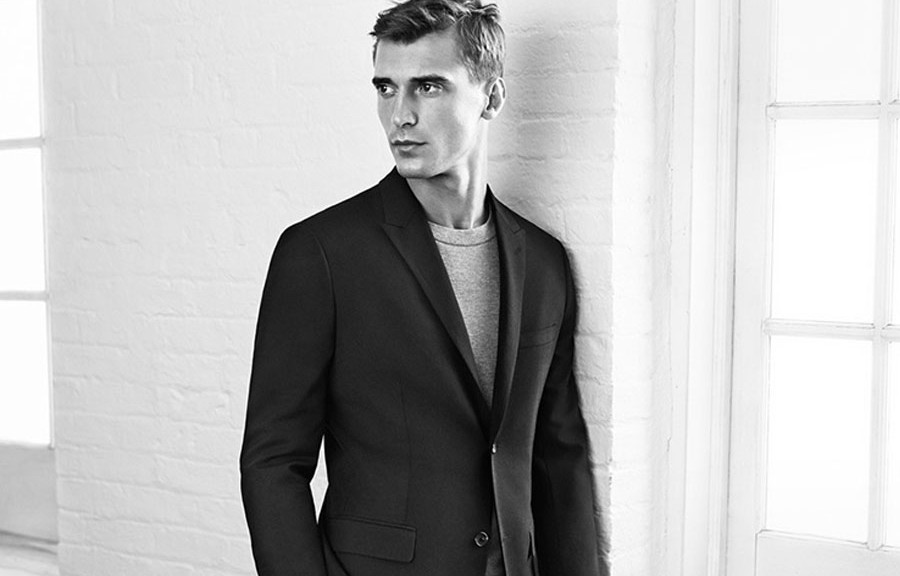 With a focus on fit, Theory is the ultimate modern clean-cut classic brand. Its luxe minimal aesthetic has already joined collaborative forces with Mr Porter (13 times) and it recently launched an activewear range. 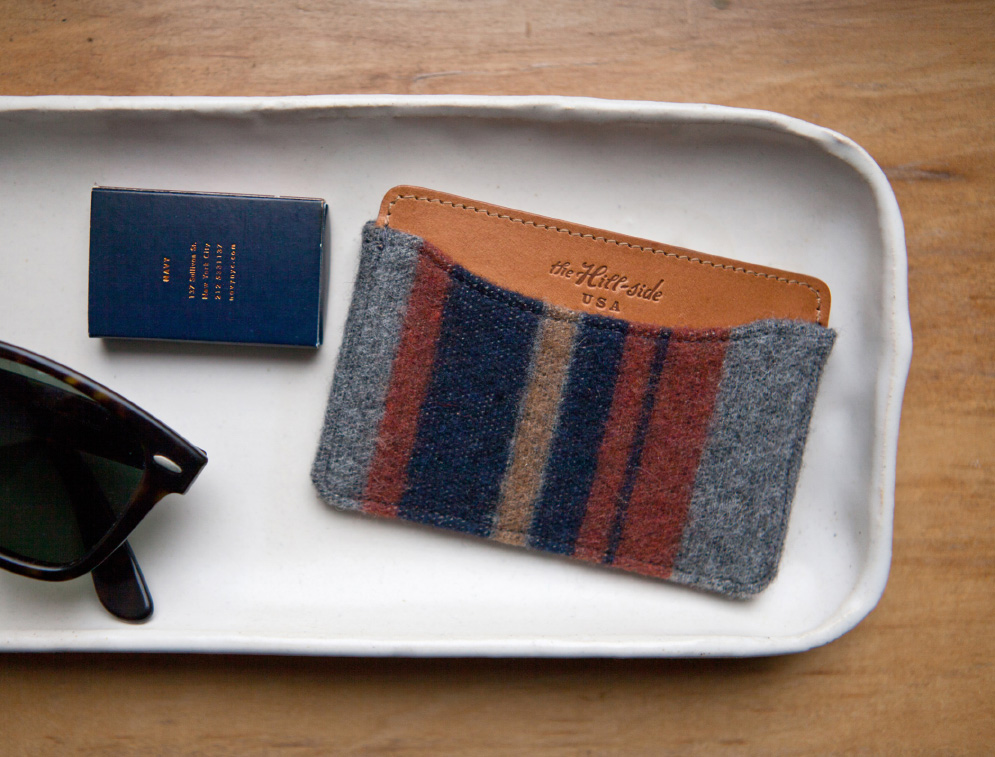 The Hill-Side are a Brooklyn-based brand. Denim and fabric enthusiasts, check out their chambray shirts, linen ties, tweed herringbone jackets, wallets and sneakers made from blanket-striped wool. 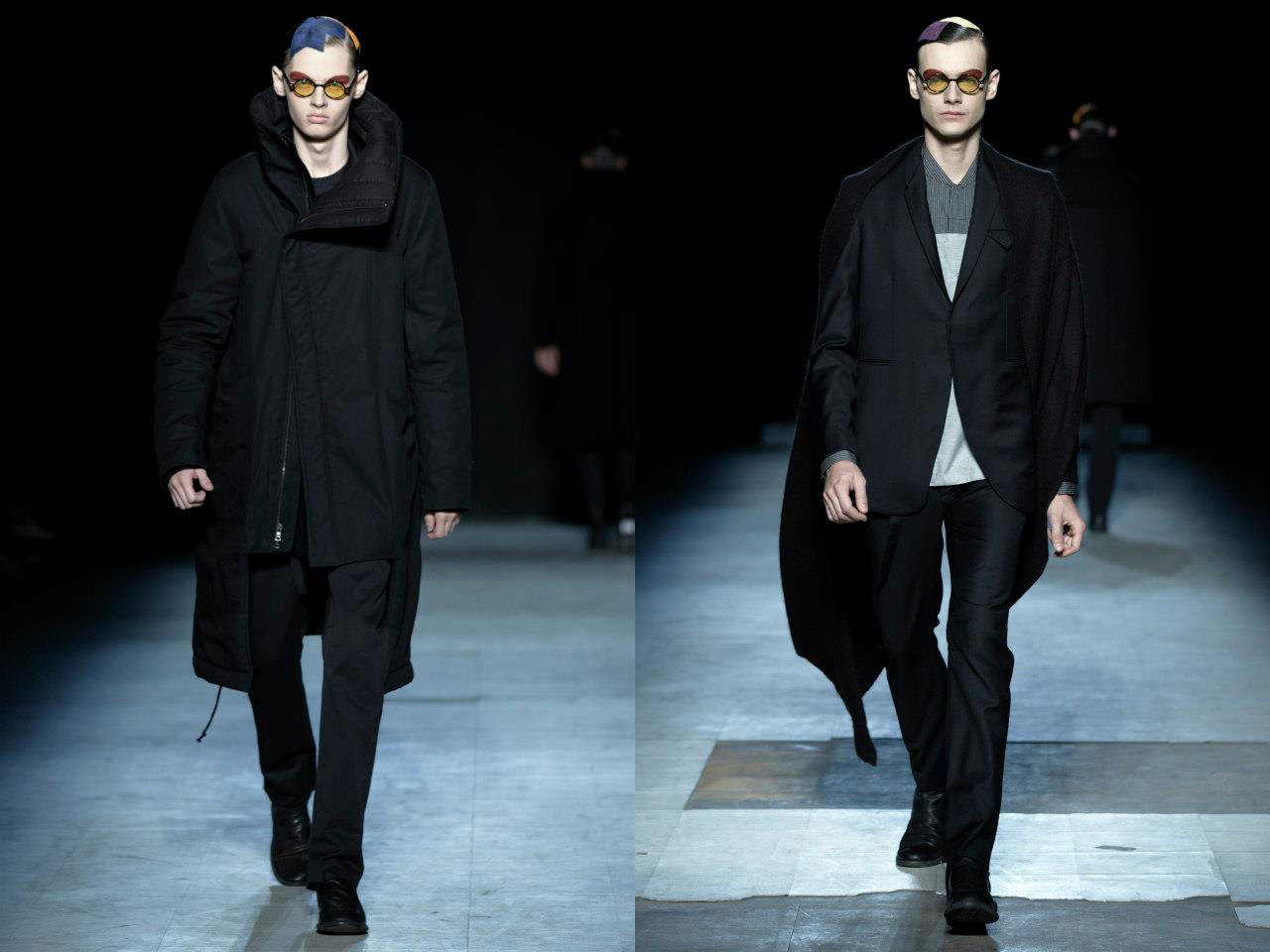 German-born, NY-based Siki Im challenges the typical craftsmanship and men’s style. Exploring wool fabrics and outerwear, accessories play a key role for Im. Best of all – he maintains masculinity in all his work, even the most extreme. 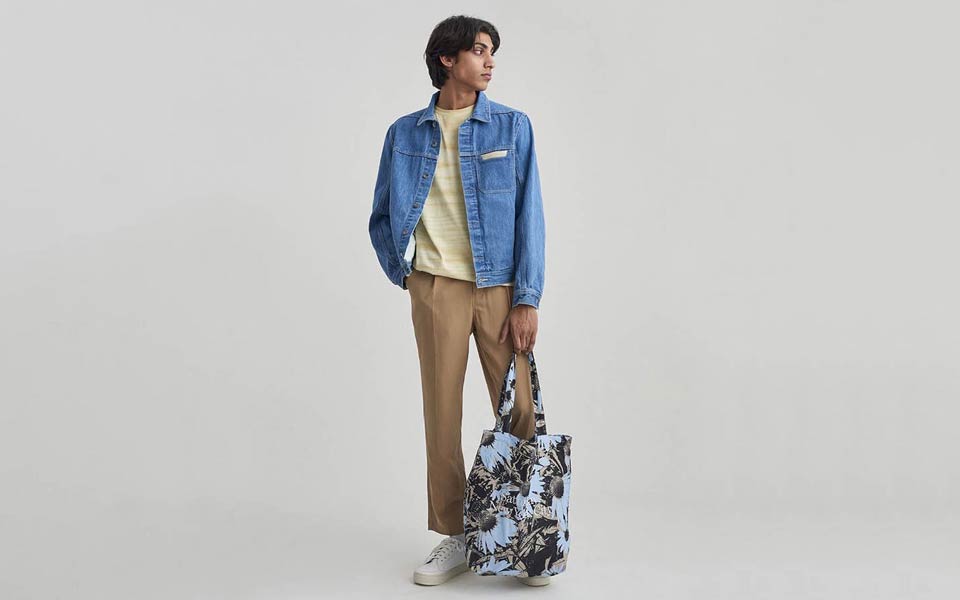 What originally started life as a surf wear brand in 2009 has since grown to become one of the hottest labels around. Effortlessly cool in its approach to clothing design and overly conscious of where its clothes are made, Saturdays NYC is a brand you really should be shopping with. 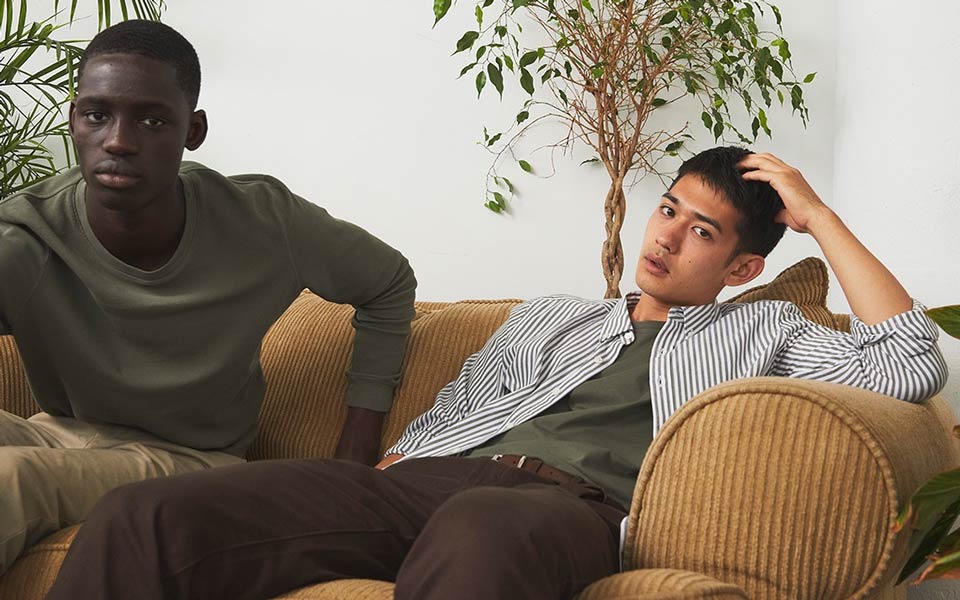 NY-based O.N.S puts a strong focus on producing clothing of exceptional quality. With the main bulk of its range aimed at the urban explorer but the entire range encompasses the full essentials spectrum, proving it’s a brand that all modern men should be checking out when updating their wardrobe.