All men need to know how to tie a tie. We won’t hear any argument on the matter. Put simply, there comes a point in every man’s life when he must put his younger years behind him and become a man, either teaching himself or learning lessons from his father. These milestones include shaving, having the birds and the bees talk and of course, learning how to tie a tie.

We’ll be the first the admit and to appreciate that tying a tie isn’t always as simple as tying a tie. There are several knot variations that are better suited to certain occasions than others (if you didn’t know this, then you really need to make sure you read the rest of this article).

Ties can occasionally come in various lengths, making the process a little trickier each time. And obviously, there are bow ties, which are in a difficulty class all of their own.

It may have been acceptable, nay, cool, to have a badly tied tie during your high school years, but as you transition into a becoming modern gentleman, you should take a far more positive approach to your appearance.

And, since there will still be occasions when you need to don your best sartorial clothing, making sure you know how to tie a tie properly is paramount.

Here’s everything you need to know.

What Makes A Perfectly Tied Tie?

Recognising when a tie isn’t tied perfectly should be pretty easy: It could be too long or the knot could be too big or small. A badly tied tie will just look wrong.

So what makes a perfectly tied tie? Firstly, you’ll want a well-shaped and symmetrical knot (occasionally you could end up with one edge of the knot being longer than the other). You also want a small dimple or crease to be seen just below the knot, at the point where the main portion of the tie extends downwards.

And as for length, you should have your tie finish just above your belt. You don’t want to do a Donald Trump and have your tie so long it could be mistaken for Rapunzel’s hair, and neither do you want it to be so short that you may as well be wearing a bow tie.

What Are The Different Tie Knots?

There are three main ways to tie and a tie and one predominantly used method for a bow tie (although, a 1999 book written by Thomas Fink says there are 85 Ways To Tie A Tie).

Not only will you need to learn how to master each of the knots, but you’ll also need to have an encyclopedic knowledge with regards to when and where to use them, and what shirts and suits they work best with. Nobody ever said tying a tie was easy.

The Four-in-Hand Knot is the one most guys will be exposed to in their tie tying journies. It’s the easiest to learn and is even known as the schoolboy knot, due to its simplicity and popularity among high schoolers.

The origin of its name is up for debate, but the most agreed-upon story says that members of the Four-in-Hand Club in London – a 19th Century driving club (which practised recreational carriage driving) began wearing ties, eventually causing them to become fashionable accessories.

Because of its asymmetric appearance, the Four-in-Hand knot is best suited to informal or business casual occasions, which also explains why it works better with Oxford shirts or shirts with a point collar. As for which ties to use the Four-in-Hand knot with, the thinner the better. We’d argue that you can opt for ties up to 7cm in with.

You would have likely heard of the Windsor Knot, but did you know about the Half-Windsor Knot? There isn’t a huge amount to separate the two, besides the full version requiring two more moves to complete.

Where they differ is what type of tie is used for the knot (such as the thickness) and the size of the man wearing it. Half-Windsor knots – being ever so slightly less symmetrical than their fuller sibling and thus generating a slightly smaller knot – are better suited to tall and athletically built guys.

Due to its greater width over the Four-in-Hand, the Half-Windsor knot can be used with shirts that rock a wider collar style, such as the Windsor Spread and Cutaway Spread.

The big daddy of the tie knot world: the Windsor Knot. Seen on guys of all types, from corporate bigwigs right through to Essex-like lads who do actually know how to dress well for weddings, the Windsor is the knot you really need to master if you want to be taken seriously.

Named after the Duke of Windsor, not because he wore the same knot, but because the public found a way to closely replicate the tie knot he did wear. The Duke in actual fact wore a Four-in-Hand knot but used custom-made ties that used a much thicker cloth.

There are around 10 steps to achieving the perfect Windsor knot, and you’ll do well to use a tie of a good thickness and width to accentuate the effect. It can be worn by large guys, tall guys, and built guys, but may look a little unusual on skinny guys (don’t worry, you can use the half-Windsor instead). As for shirts, wide collars are the order of the day.

And finally, we come on to the bow tie. You’ll likely only need to know how to tie a bow tie for black tie events, but you may also find you can wear one to inject a bit of fun into a formal or semi-formal outfit.

A bow tie takes practice, but don’t be afraid to ask for help. Guys will always appreciate another man who knows how to help them tie a bow tie, and you’ll look so much better being able to tie one yourself than using a clip-on or pre-tied version.

Fortunately, there’s only one way to tie a bow tie so get this right and you’re good to go.

So, now you know how to tie a tie, it’s time you went out and bought some decent ones to replace the common black skinny one all guys have in their wardrobe. You can check our round-up of best ties for inspiration. 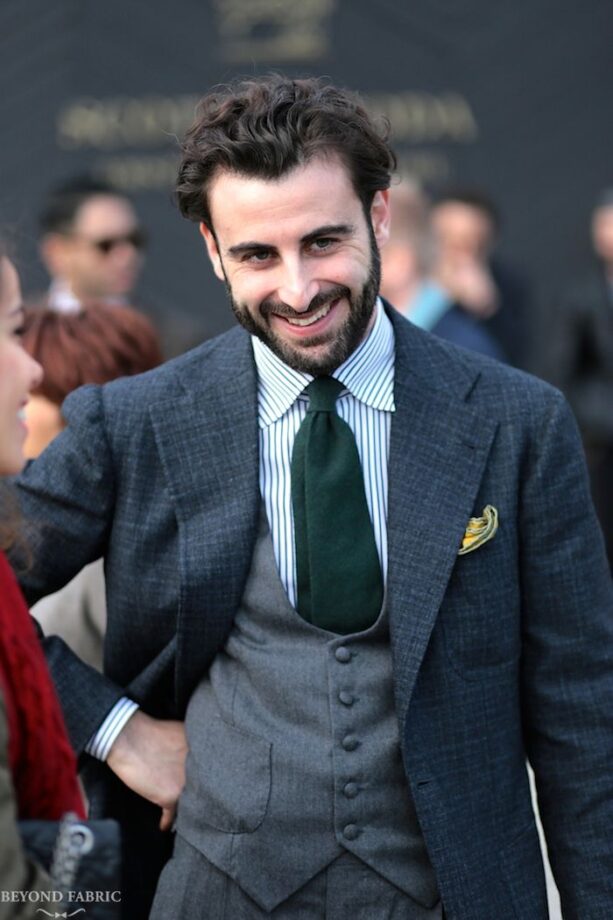 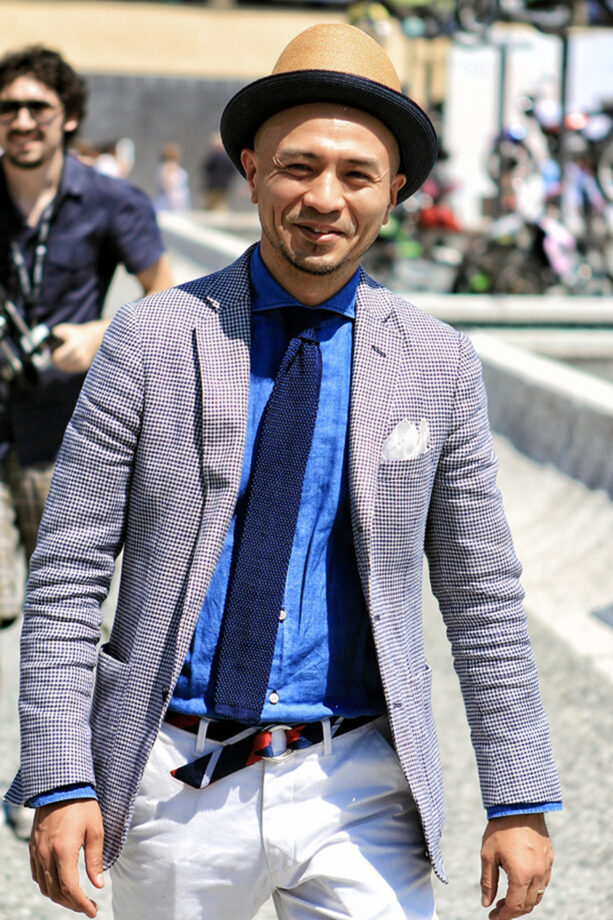 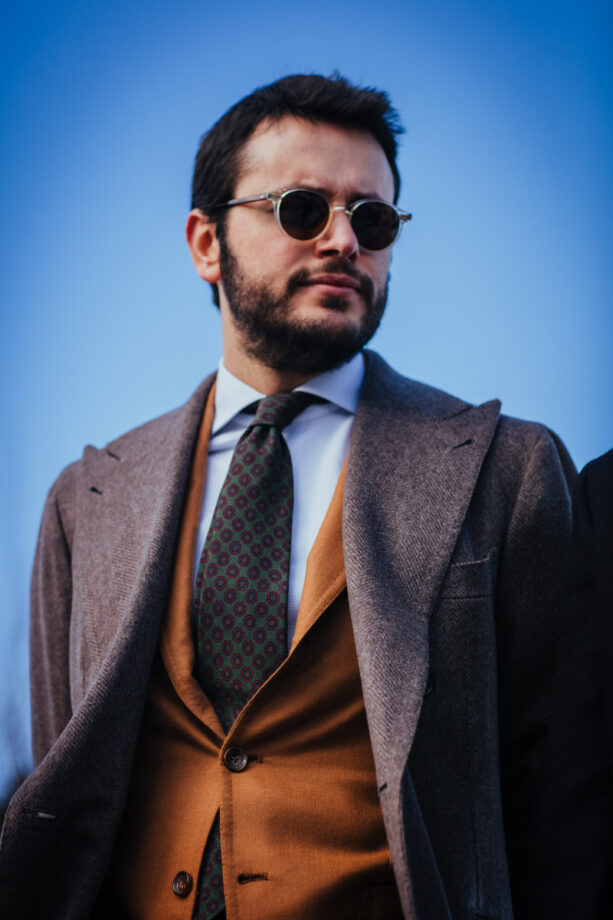 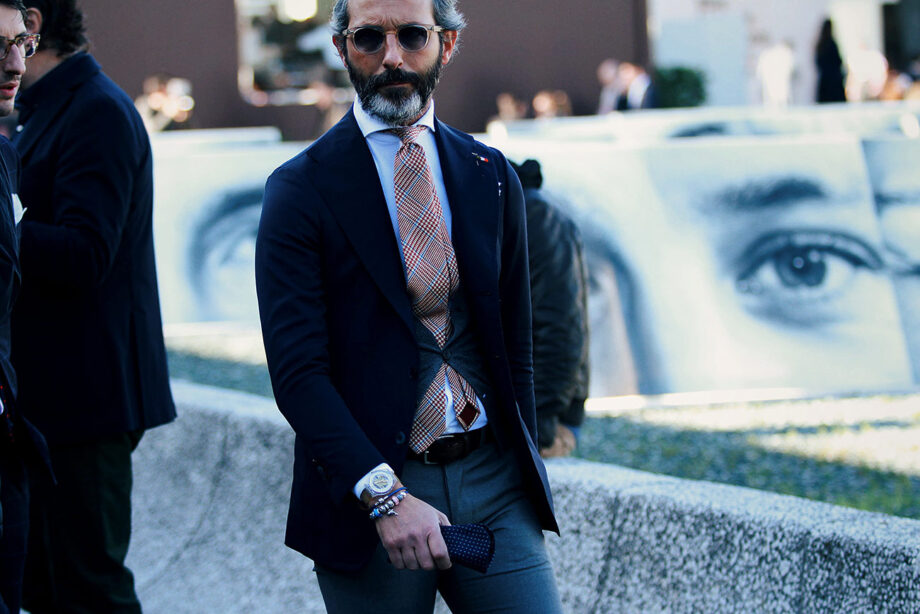 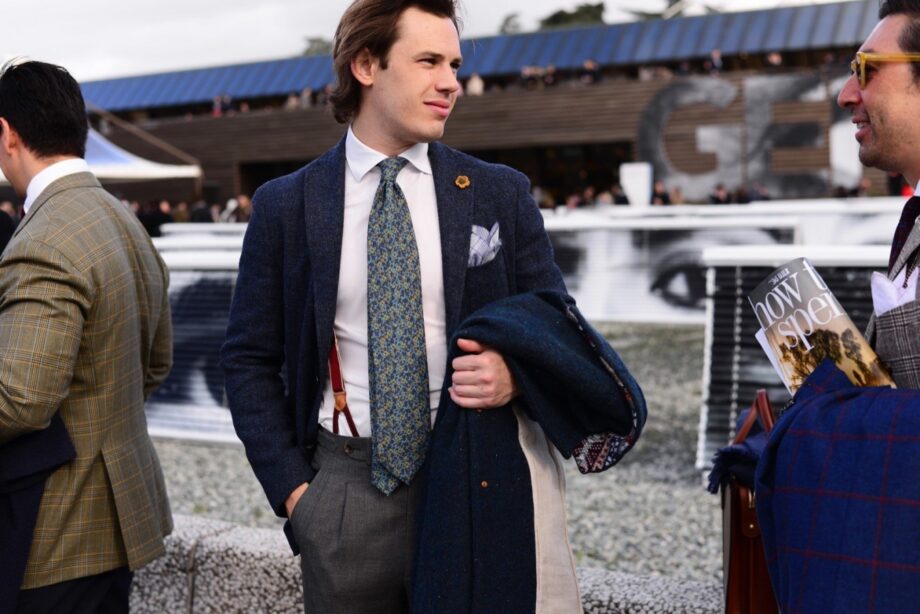 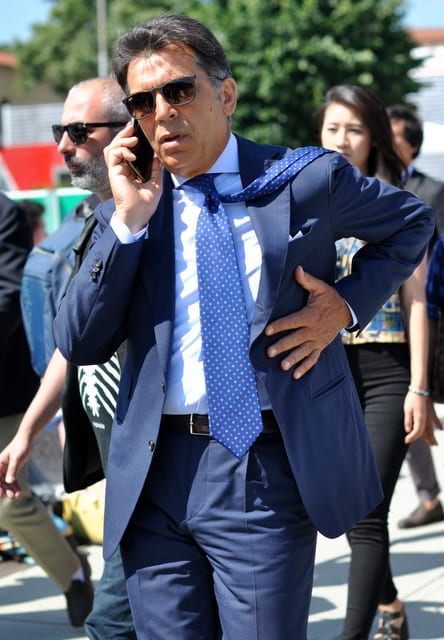 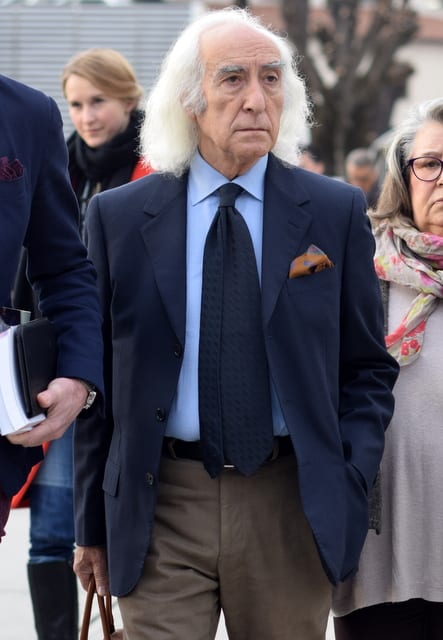 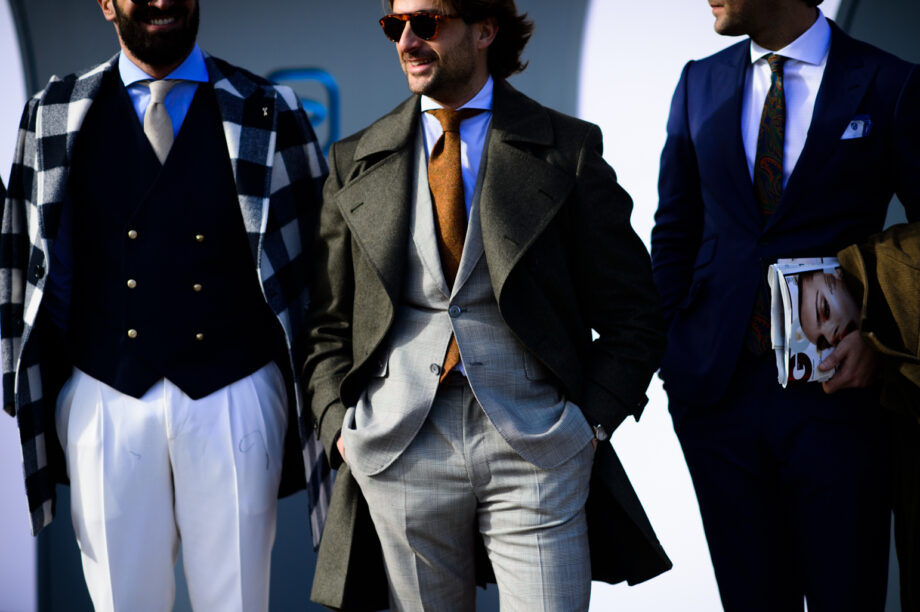 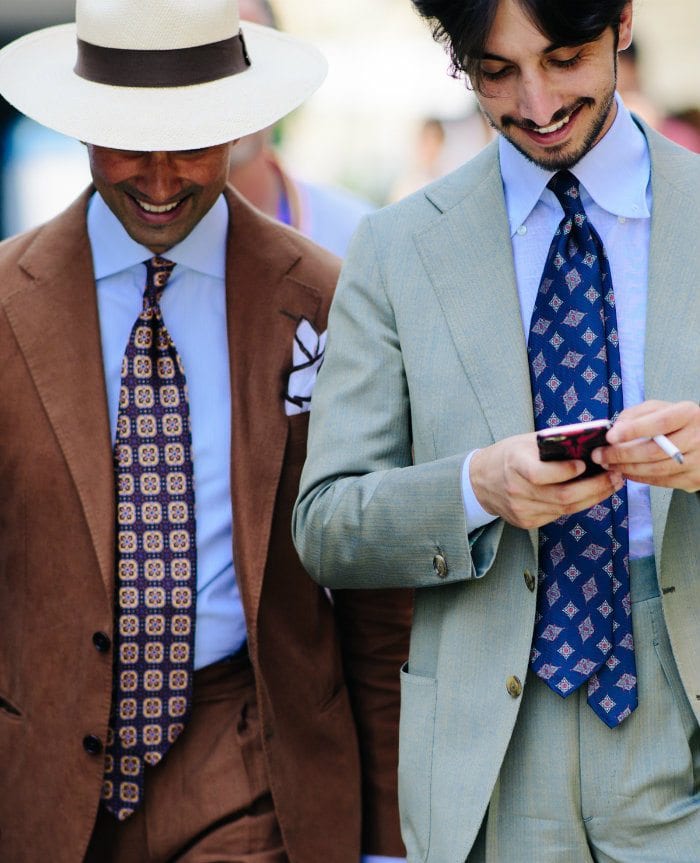 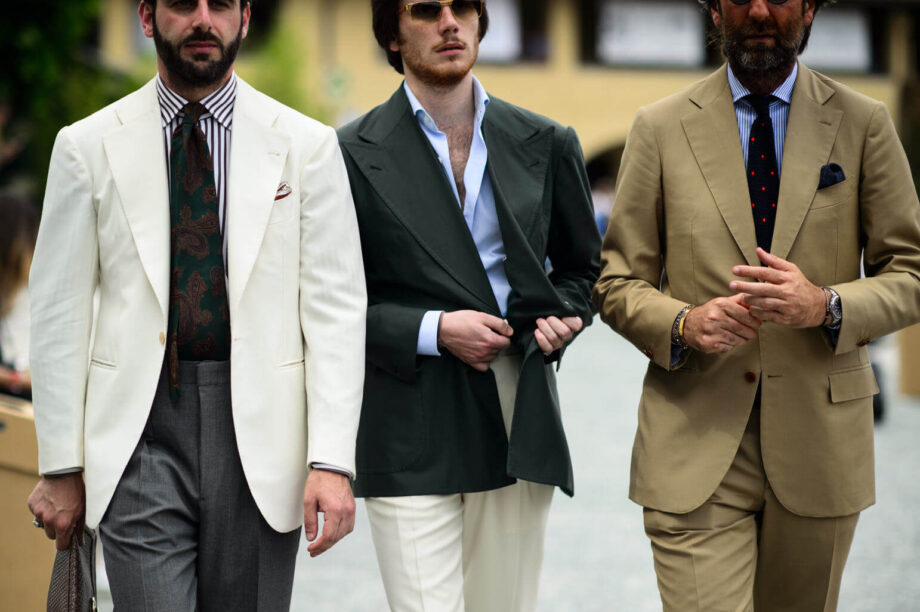