70s Style Is Your Ticket To Timeless Cool; Here’s The Right Way To Do It

Easy there, Disco Stu…This is a different kind of seventies style.

Fashion, we all know, moves in cycles, and the resurgence of 70’s-inspired menswear has been a long time coming.

We’re not suggesting you go home in your classic navy suit and come back to work the next day with orange-tinted aviators, a paisley shirt and shearling jacket (but we admire your serious courage if you do).

Either way, this guide will reflect on some of the key representatives of menswear in the 70’s, and most importantly, your prospects for embarrassment if the last few years of decent menswear just isn’t enough for you. 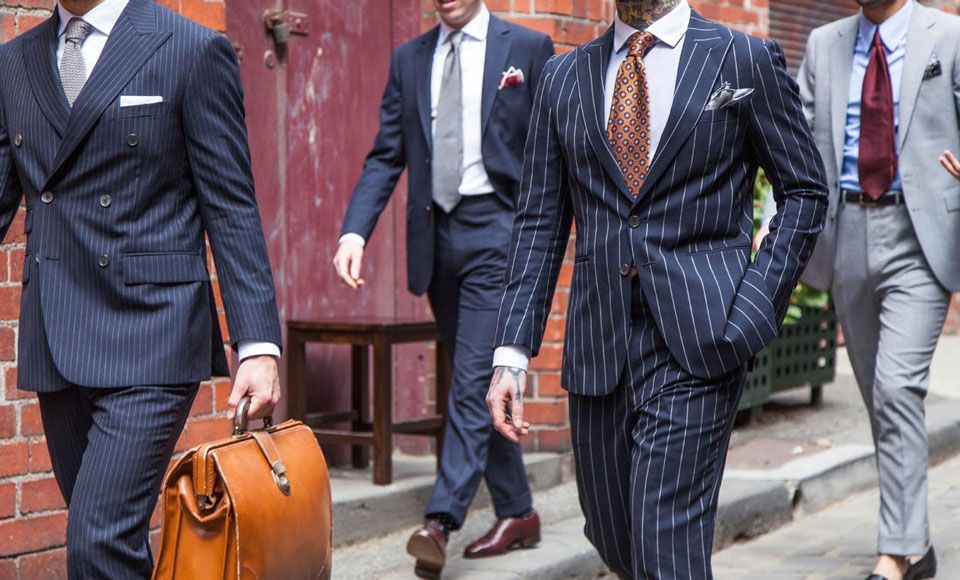 70’s suit style was much more dramatic and masculine than its predecessors. Suits in the 60’s were mostly characterised by flat greys and blues, thin lapels, and a premature sense of grand-fatherliness.

The 70’s saw a steady evolution towards wider lapels, more dramatic cuts, and less conservative weaves and patterns that were beginning to gain traction in the late 60’s.

These were famously represented by silver screen immortals like Robert Redford and Paul Newman.

Hit or miss: Wide lapels are flattering on top-heavy blokes, by adding proportion to a broader frame. They can also beef up guys who need extra width across the chest. Avoid off-the-shoulder peaked lapels and you should be fine. 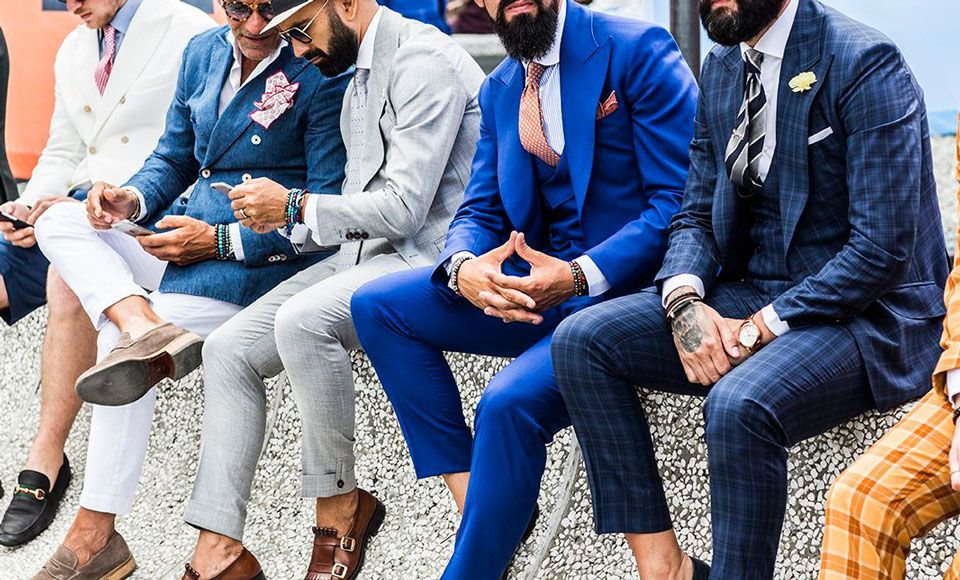 Also known as bell-bottoms, flares have exaggerated leg openings below the knee. They were popular in denim and even on tailored clothes (not that anyone from the day is willing to admit it).

Again popular in womenswear, we’re yet to see a gent brave enough to bin his slim cut gear and decide to sacrifice his reputation over a pair of flares. For now we suggest opting for a pair of tapered, slim or stretch trousers to avoid jumping the gun. The same also goes for denim.

Hit or miss: Miss. Roger Moore pulled it off on a suit, but you’re not Roger Moore (sorry kiddo). 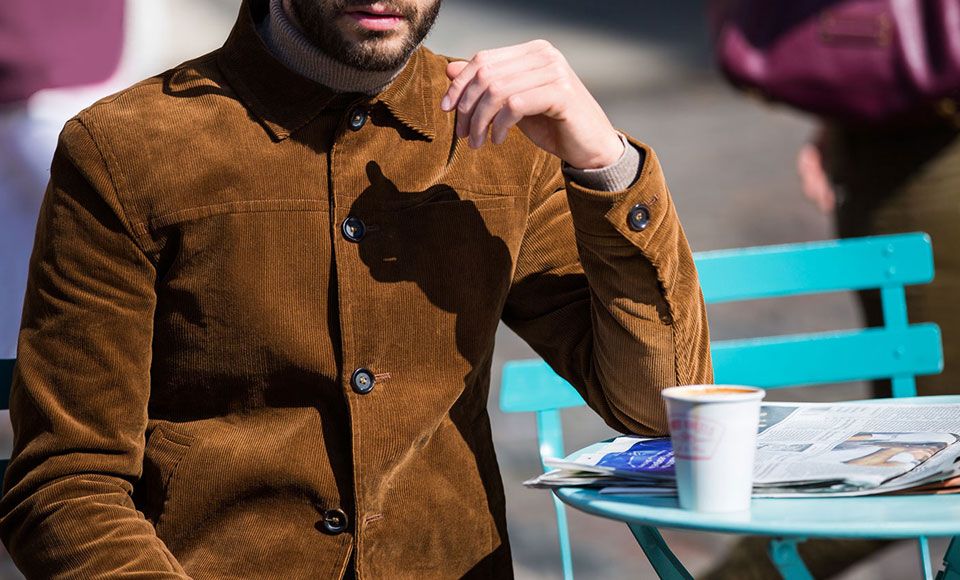 From 70s kid to dapper adult

Corduroy – a sturdy woven fabric contentiously termed as the poor man’s velvet – was a key wardrobe staple in the 1970’s, which is why every charity shop on earth has a humungous selection of cord pants and jackets for you to look ridiculous in.

You were especially cool if you had cord flares. Corduroy suits were another significant menswear moment in the decade, where we think it should stay.

Hit or miss: A corduroy jacket can look decent, with a dressed-down pair of wool pants and a knitted tie. Corduroy pants on anyone below retirement age should never happen. Corduroy suits look good on op-shop mannequins, but that’s pretty much it. 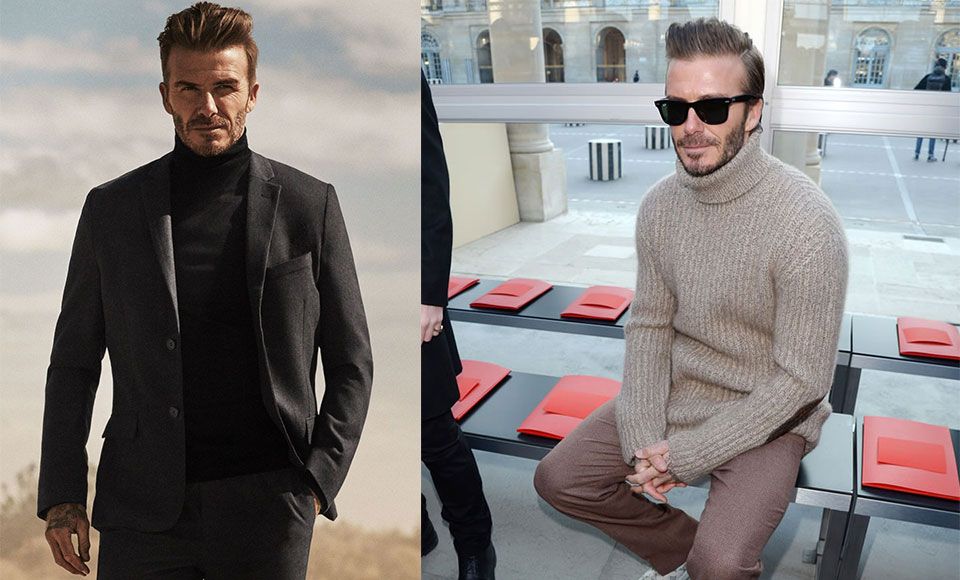 These are a source of contention, as every decade in recent history has seen its fair share of guys rocking the neck warming sleaze of a rollneck.

Although it originated well before the 20th century for college athletes and military personnel, and was popular in the 50’s and 60’s, most of us like to put the 70’s and turtlenecks in the same basket. The rollneck has resurfaced in the mid 2010’s, without much of the seediness that it earned before the millennium.

Hit or miss: Bit of column A, a bit of column B. On the right person, a rollneck with a grey suit can look smart and understated as an alternative to a shirt and tie. On the wrong guy, you’ll look like a b-movie villain or the guy that clears out dance floors at shitty clubs. Up to you. 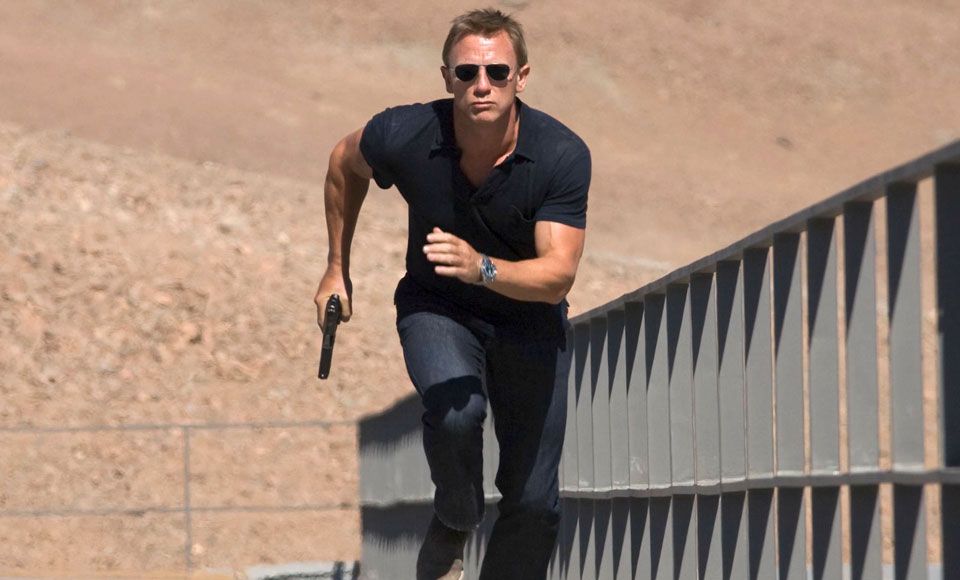 A fine game of polo

The predecessor of the polo shirt originated in the 19th century and they became popular attire for tennis players and other athletes by the 20’s.

But it was Ralph Lauren in the 70’s that gave men a sartorial lifeline that meant they didn’t have to wear silk disco shirts to the club. If there’s one thing in 70’s style to not fall out of style, the polo is a leading contender.

Hit or miss: the trusty polo shirt is a reliable failsafe when a button-up shirt isn’t right and a tee shirt is too casual. Add a few into your rotation, but leave the outrageous 70’s style patterns at the Salvos. 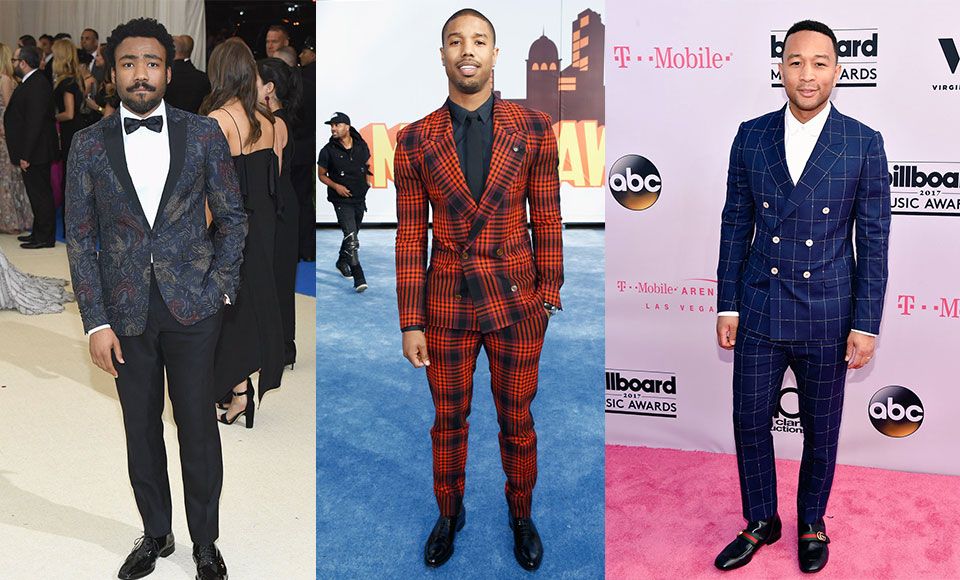 We saw hints of this in the turbulent days of the 1960’s. But it was the following decade that saw men grabbing patterns by the balls, and thus giving their children and grandchildren something to laugh about while perusing family photo collections down the track.

Paisley, geometrics, the more colour the better. The 70’s wasn’t a time to be shy. Your dad probably has a paisley shirt tucked away somewhere that reminds him of the glory days, when the Bee Gees were king, and it seemed like the party would never end (it did).

Hit or miss: incorporate a few statement pieces – paisley ties, a geometric shirt – for one off occasions or if your usual rotation of no-pattern block colours is putting everyone to sleep. Just keep the silk disco shirts to a minimum (ie, zero). 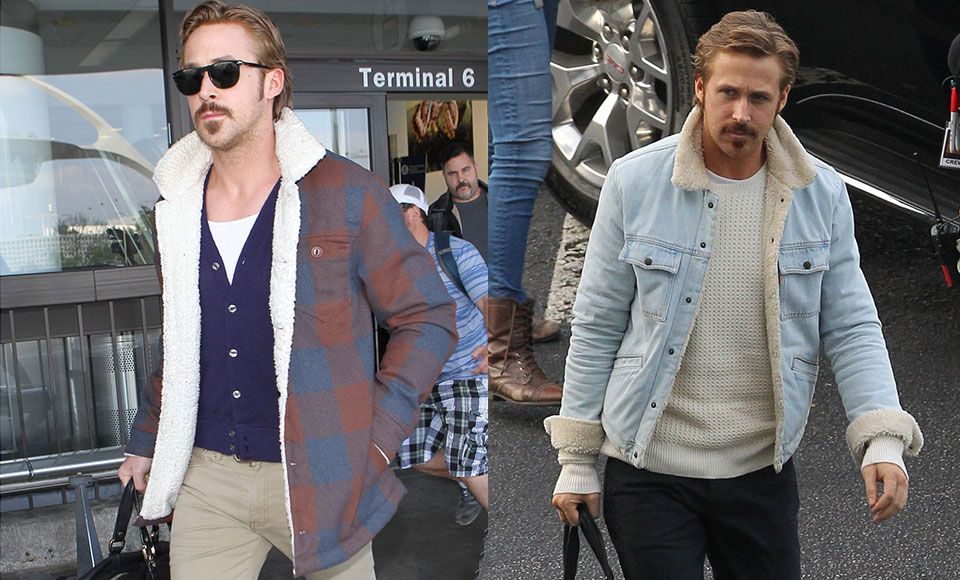 A freeze is coming

Shearling coats are distinctive due to the processed fur around the lapel and internal lining of the jacket. Shearling coats have enjoyed considerable longevity – they were worn by pilots in the Second World War and became sartorially commonplace thanks to their presence on the silver screen.

The 70’s took the whole wider-lapel thing to heart and transposed it to these jackets. Shearling with a suede shell is about as 70’s style as you can get.

Hit or miss: Shearling coats are sturdy, versatile pieces you can combine with casual or tailored outfits. Work them into a tee-and-chino combination or with a turtleneck if you’re brave enough to cop the jibes from your mates. 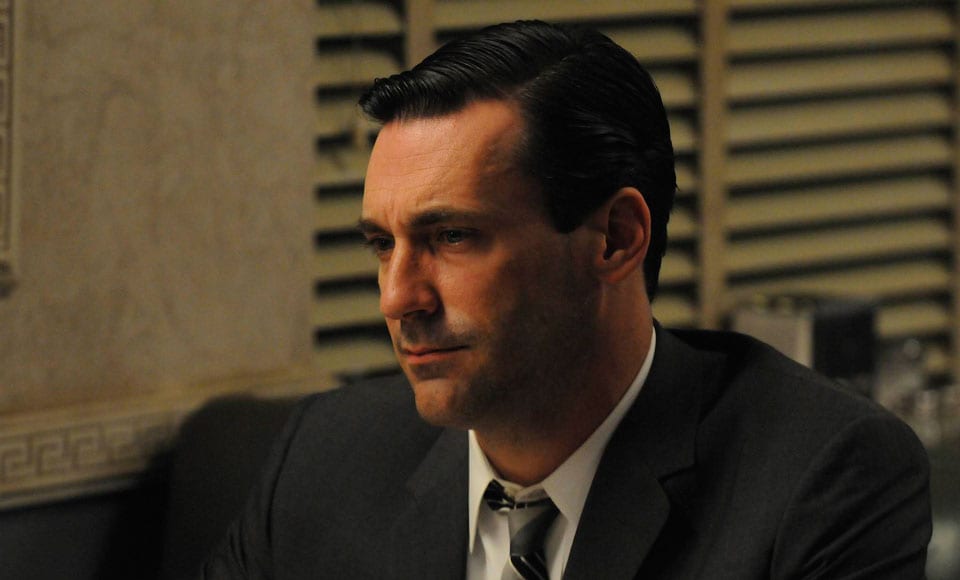 Every decade has had its share of outrageous hairstyles for those inclined, but guys let their hair down in the 70’s (literally). Styles grew longer, shaggier, and less tame.

Men were no longer confined to rigid slicked back hair that required a bucket load of grease and a morning of work with a comb. AMC’s Mad Men is a good example – we see Don Draper’s slickback recede (into the background) to be replaced by long, unkempt cuts that would become the common thing in the 1970’s.

Hit or Miss: At least the 70’s shaggy do isn’t a mullet, and longer styles are gaining traction again. Keep it tidy and clean, but remember that your boss might not approve even if your missus does. 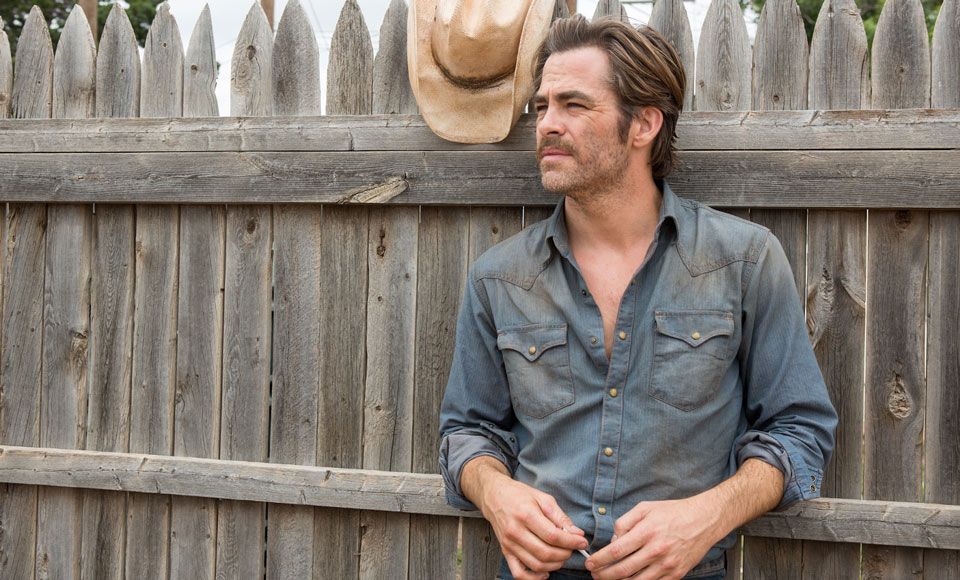 Nope, Thomas Magnum didn’t get there first. The 60s, for all intents and purposes, had opened the follicular floodgates, and in the 70’s, facial hair resurfaced as a marker of virility.

A close shave was by no means a compulsory exercise and many men took advantage as best they could. Popular styles included thick horseshoe moustaches, mutton chops, and the chevron.

Hit or miss: A glorious handlebar or chevron mo is a hard trophy to win, and some conservative workplaces still get funny about facial hair. That aside, a subtle retro throwback like a well-appointed moustache isn’t the worst sartorial crime you could commit (that’s what disco suits are for).