Japanese designers always seem to be that little bit more daring, whether we’re talking catwalk collections from Issey Miyake or streetwear from the likes of Cav Empt. They certainly have a love for denim and a knack for mashing up classic American and European designs into something altogether more outlandish – something unmistakeably Oriental.

There’s something undeniably special about Japanese style. There are certain heavyweight nations that are always discussed when it comes to menswear, but Japan often doesn’t get the recognition it deserves. We know in theory that it’s a nation filled with cutting-edge designs, but it’s a world that feels difficult to navigate if you’re not already on the inside. It’s time for that to change, so we’ve put together an introductory guide to some of the most iconic and interesting Japanese menswear brands in the game.

Japanese designers always seem to be that little bit more daring, whether we’re talking catwalk collections from Issey Miyake or streetwear from the likes of Cav Empt. They certainly have a love for denim and a knack for mashing up classic American menswear and European designs, into something altogether more outlandish – something unmistakeably Oriental. So if you’re wondering which brands the most fashionable men on the planet frequently wear to stay looking fresh – from fashion houses you need to know about – fear not. The following guide has been made to keep you in the loop, because, after all, if you’re not clued up about your Japanese threads, you haven’t really entered the game.\ 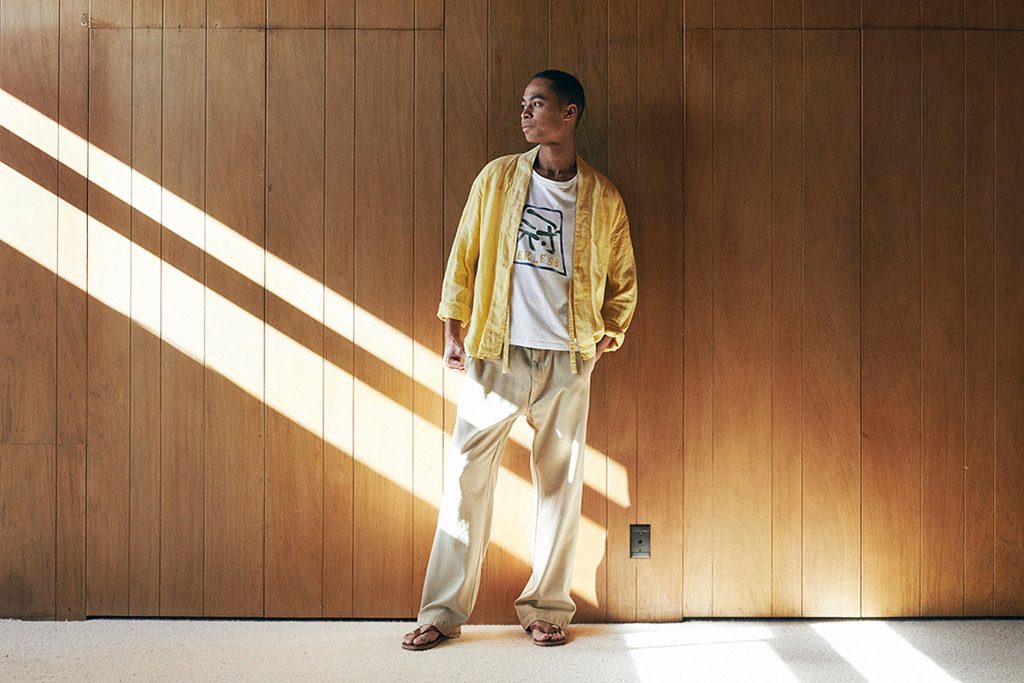 If you’re new to the Visvim brand, the clothes probably look like something that would be worn by a farmer from the future. In reality, the brand was founded in 2001 by designer Hiroki Nakamura and has become famous for its vintage-inspired, rustic aesthetic (and the luxury price point it’s available for).

The brand has grabbed the attention of all the clothing nerds on menswear blogs, but more interestingly, it has also created unlikely fans in celebrity circles, like Eric Clapton, John Mayer, Kanye West and A$AP Rocky. Fun fact: the name means nothing, Nakamura just liked the way “vis” and “vim” looked next to each other.
Shop Now 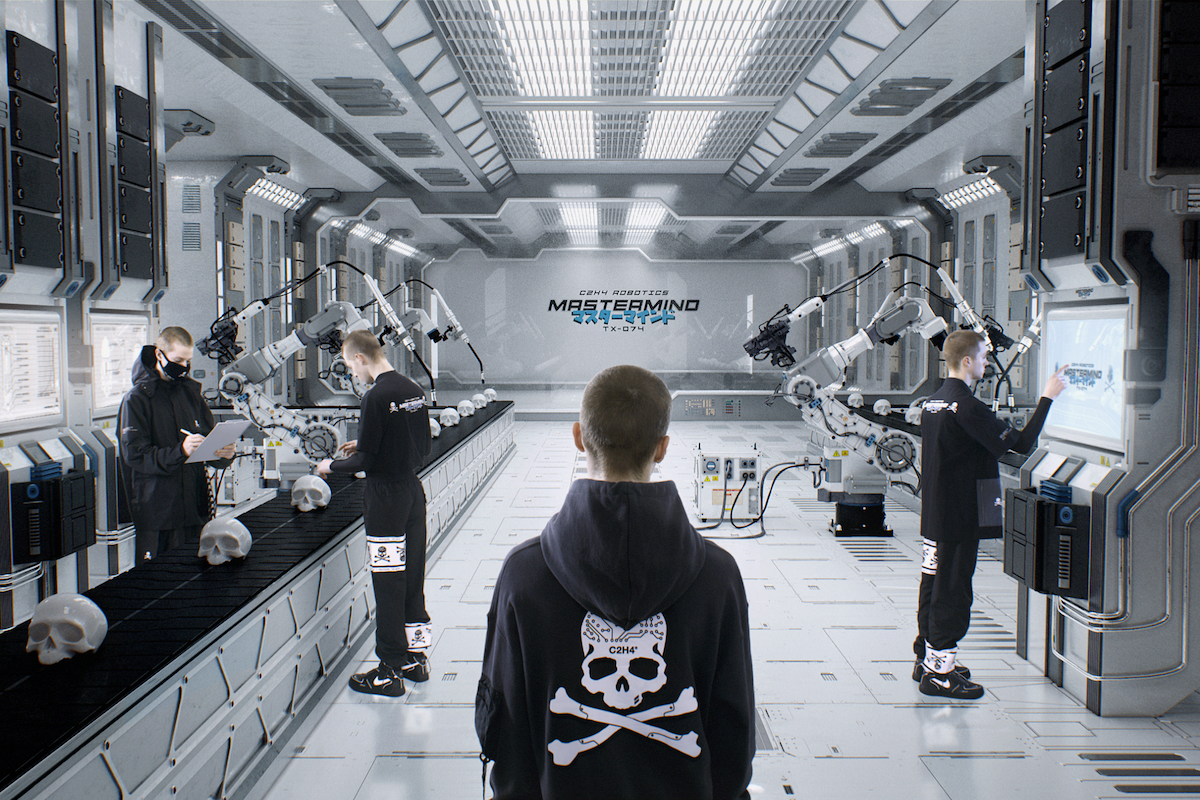 Mastermind Japan is responsible for an endless list of interesting collaborations, from Carhartt, to adidas, to Moncler, to Stussy. Sadly, the brand retired just after the Spring/Summer 2013 season, but that makes it no less influential. Exclusivity reigned supreme at this Japanese menswear house.

Designer Masaaki Honma often produced no more than 3 of each item, which frequently featured punk-inspired graphics, unique use of raw materials and the label’s iconic skull and crossbones logo. Mastermind Japan made a special limited comeback earlier this year via the Origami commerce platform, so perhaps there’s a future for it yet.
Shop Now 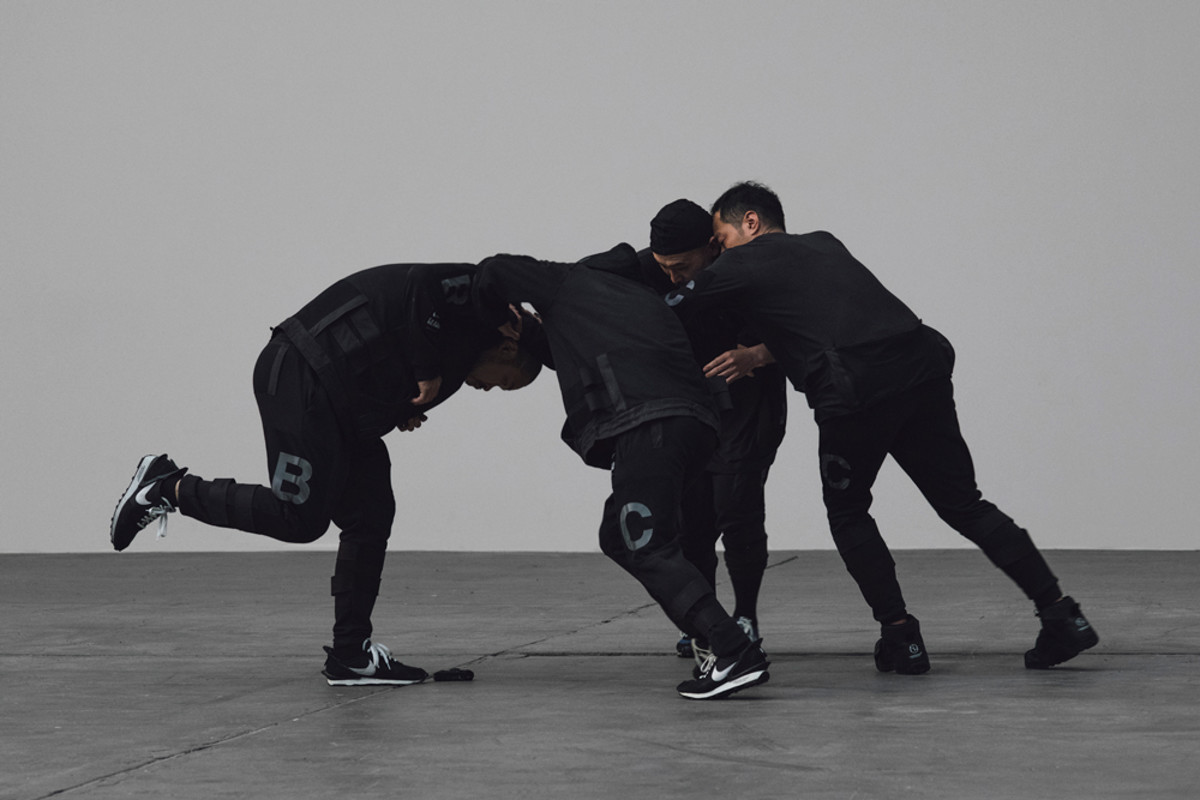 When we talk about names that put Japanese style on the map, we have to mention Jun Takahashi. The legendary designer founded his label, Undercover, in 1991 while still at school and has been a fashion world favourite ever since his first runway show in 1994. 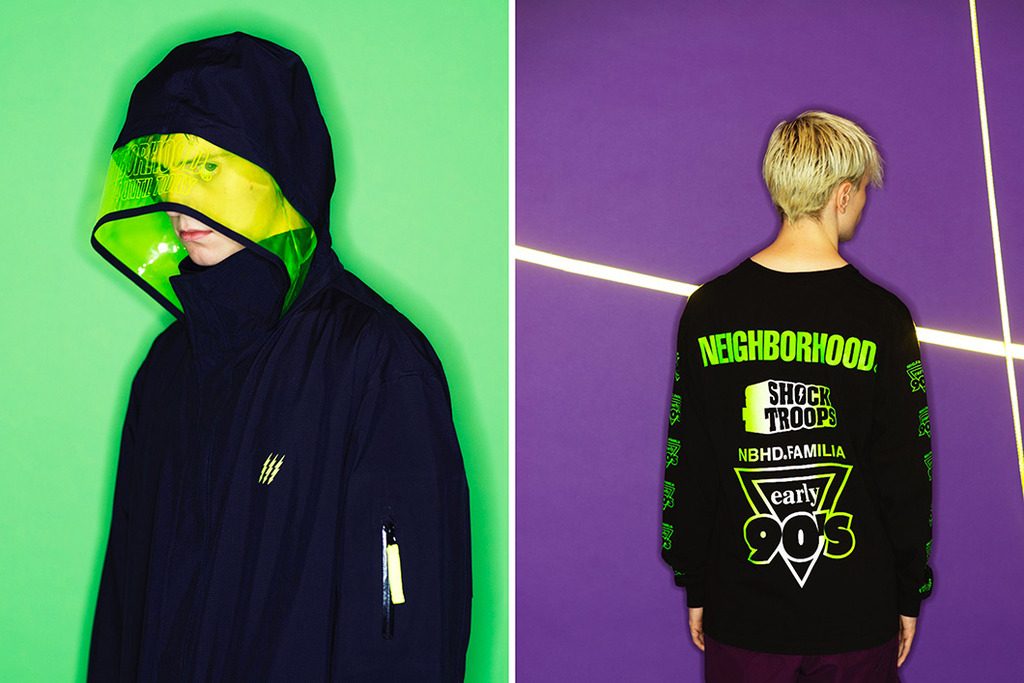 Designer Shinsuke Takizawa was heavily involved in motorcycles and the surrounding counterculture when he started the Neighbourhood brand in Tokyo in 1994. The concept was to craft basic clothing inspired by unique interpretations of elements from motorcycles, the military and the outdoors.

The result is a collection that includes denim, leather jackets, motorcycle goods, eyewear, interior items and more. There’s even a children’s line called Neighborhood One Third, based on the idea of making Neighborhood items at 1/3 the normal size. 2009 saw the introduction of the Luker By Neighborhood line, which adds a British influence into the mix.
Shop Now 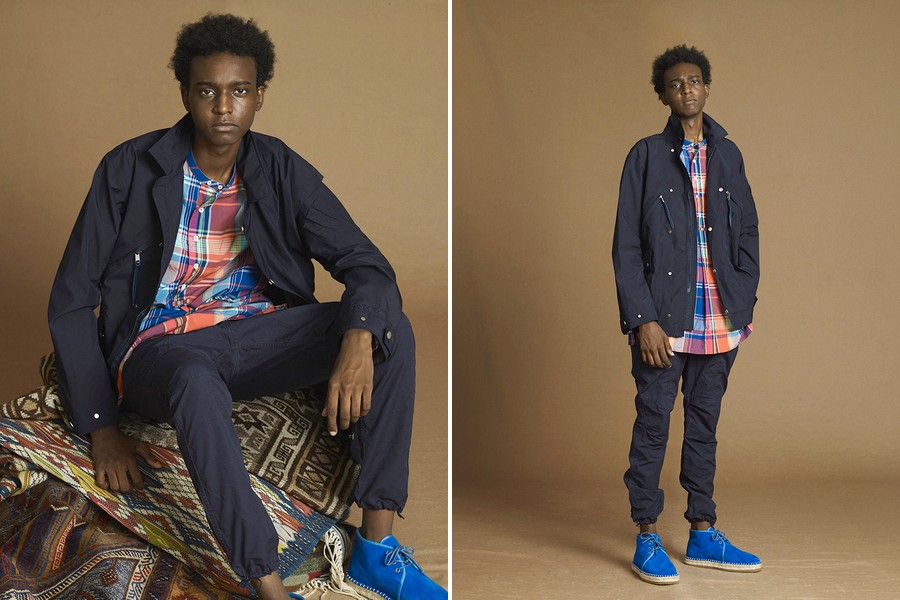 Nonnative has been crafting quality casual and contemporary clothing since the early 2000s. Founder Satoshi Saffren and designer Takayuki Fuji are inspired by a carefree and youthful lifestyle, which translates into garments inspired by work- and outerwear with subtle military hints.

Nonnative’s underlying philosophy is that quality should be experienced first-hand to be fully appreciated, so expect meticulously sourced materials as standard. The aesthetic is clean, casual and functional, in a subdued colour palette of black, white, khaki, olive and navy. The collections are timeless and durable, mixed with new fabrics and inventive details to balance practicality with aesthetics.
Shop Now 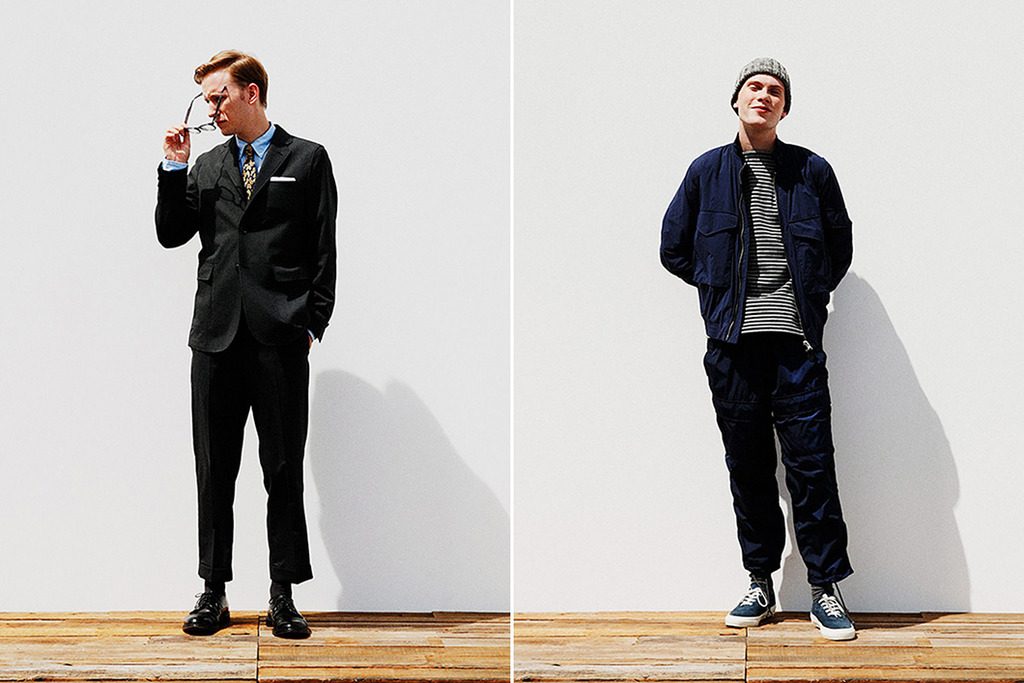 Beams originally started as a small pop up store in Tokyo’s Harajuku district in 1974. Their men’s subsidiary brand, Beams Plus was born in 1999, a direct response to the growing market in high-quality casual menswear. Their designs are inspired by no-nonsense street styles from the United States in the late 80s and early 90s, producing anything from jackets and tees to shorts and pants.

They’re also renowned for using heritage fabrics and crafting techniques to create their garments, looking to age-old production methods from around the world to keep their creations unique.
Shop Now 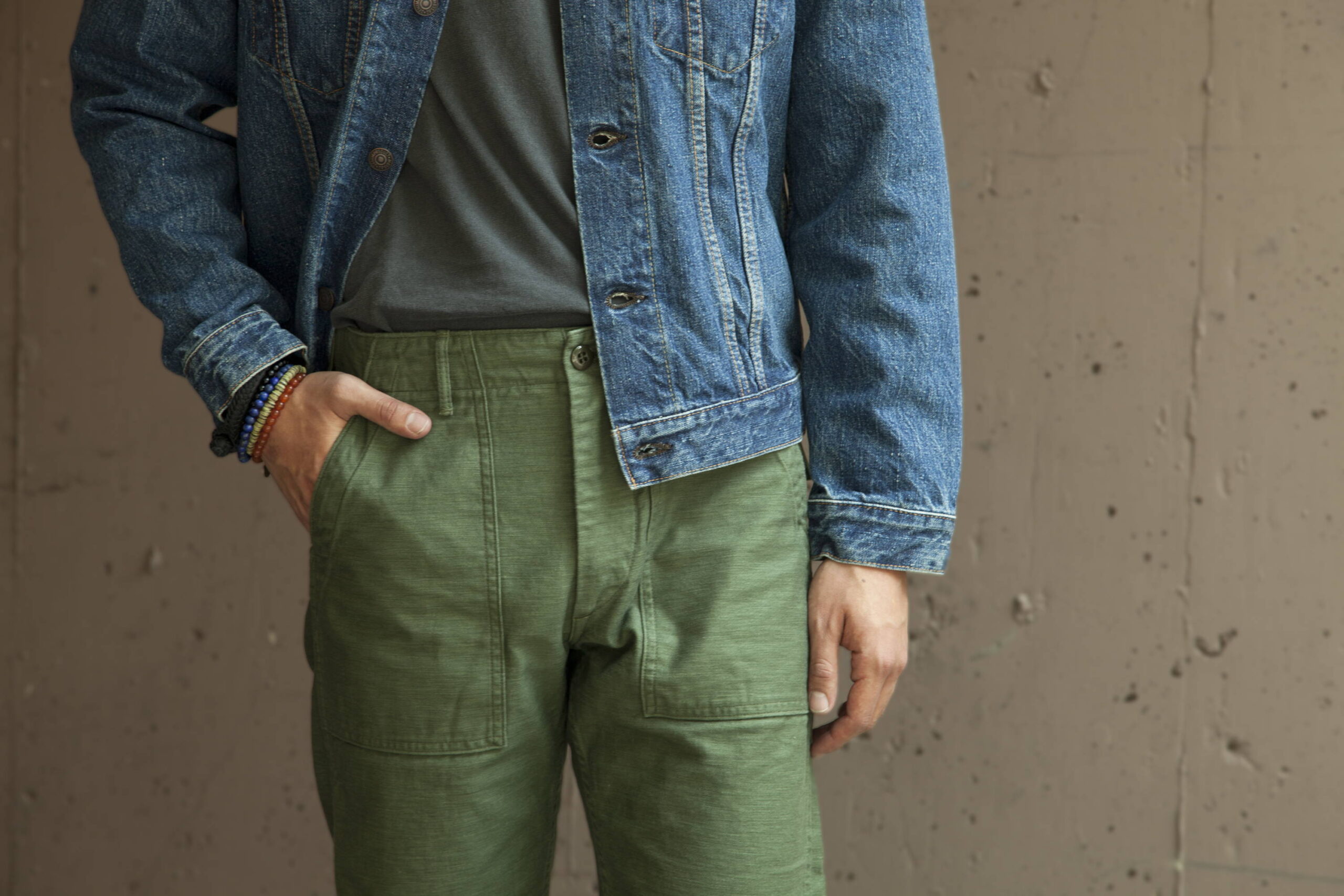 Ichiro Nakatsu started orSlow in 2005 after developing an obsession with workwear fabrics. He fell in love with clothing that was built to last as opposed to the fast-paced consumer designs that lacked value in his native city of Hyogo. His collections are essentially updated military and industry garments made using denim and cotton - basic in form and understated in colour.

His cuts are more often than not large without being baggy, with a workwear style is inspired by both eastern and western heritage designs.
Shop Now 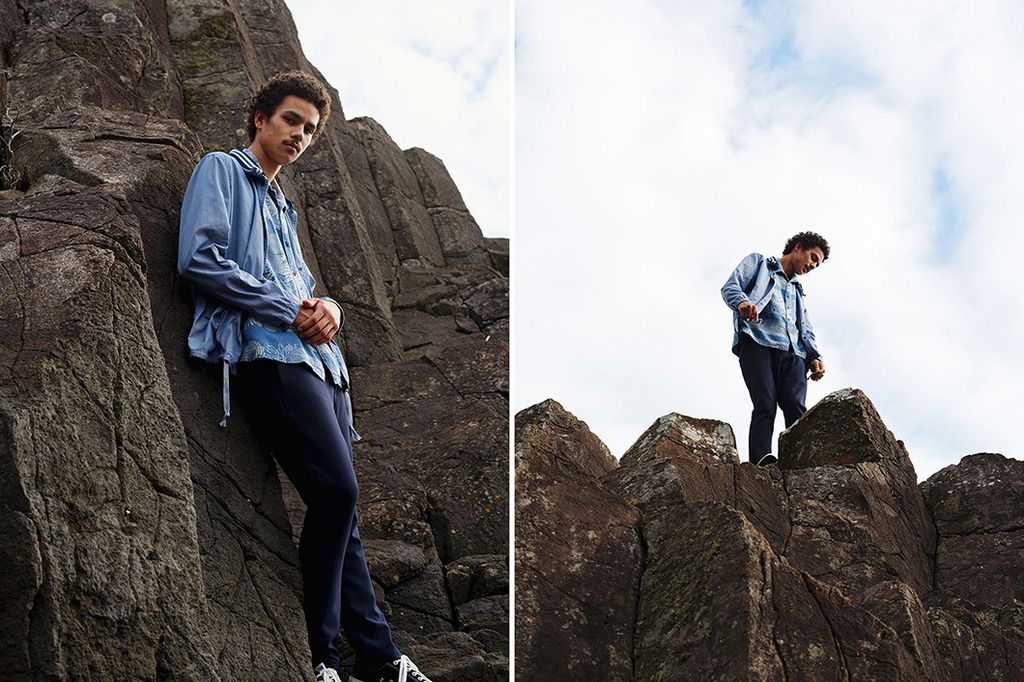 Remi Relief is the creation of Yutaka Goto, a designer who is heavily influenced by Californian surf culture, particular the eras of the 50s and 60s. He’s created a range of contemporary pieces after extensively studying ageing and dying techniques that are made to look faded and worn - as if from a bygone era.

Goto also uses soft cotton that not only elevates the aged style he is looking for but provides unbelievable comfort. Remi Relief is vintage California soul straight from Japan.
Shop Now 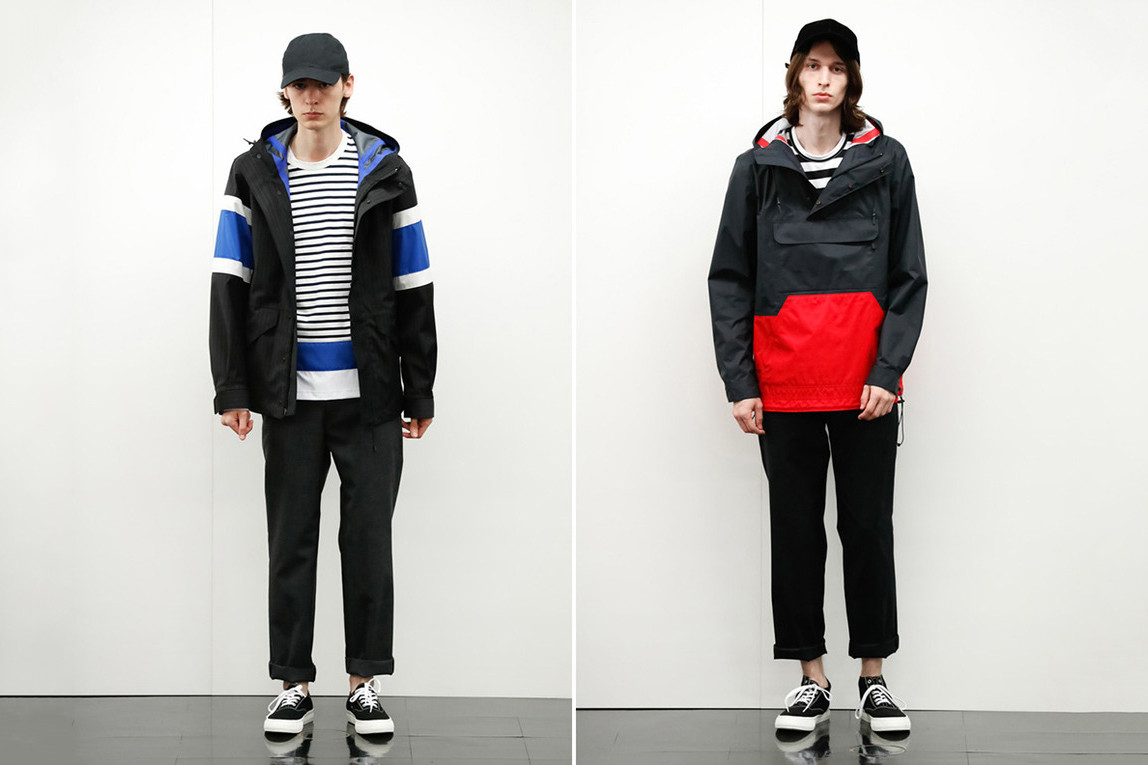 As you may have guessed by the name, Comme des Garcons is a Japanese brand that is inspired by French maison couture. The brand was founded by Rei Kawakubo back in 1969 and has a flagship store in Aoyama, Japan’s renowned fashion district.

They produce unique, modern pieces more in tune with somewhere like Berlin, for those who like to walk that line between smart casual and casual evening. The fashion house also produces patchwork stylings that appear on select pieces, becoming something of a signature for the brand’s style.
Shop Now 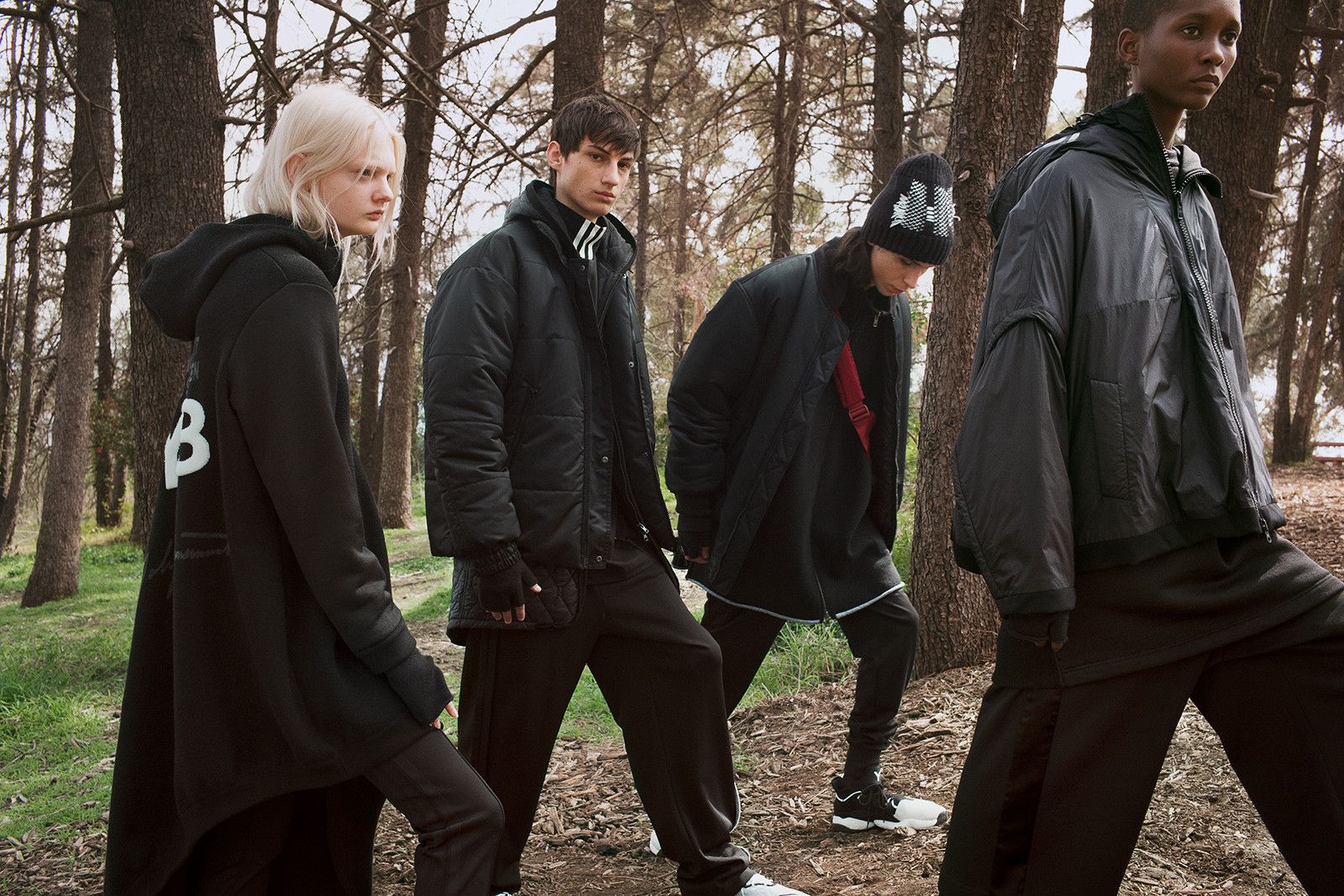 Y-3 is a collaboration between two clothing superpowers, Japanese designer Yohji Yamamoto and German sports giant Adidas. Yamamoto is known for his Avant-Garde collections that challenge design preconceptions, and this is exactly why Adidas wanted him on board to give some of their classics a facelift.

From shell suite jackets and hoodies to bottoms and the classic Torsion sneaker, it seems there’s not a lot that Yamamoto can’t transform into a thing of beauty. But don’t be expecting a normal Adidas mark-up - these pieces come at a designer price.
Shop Now 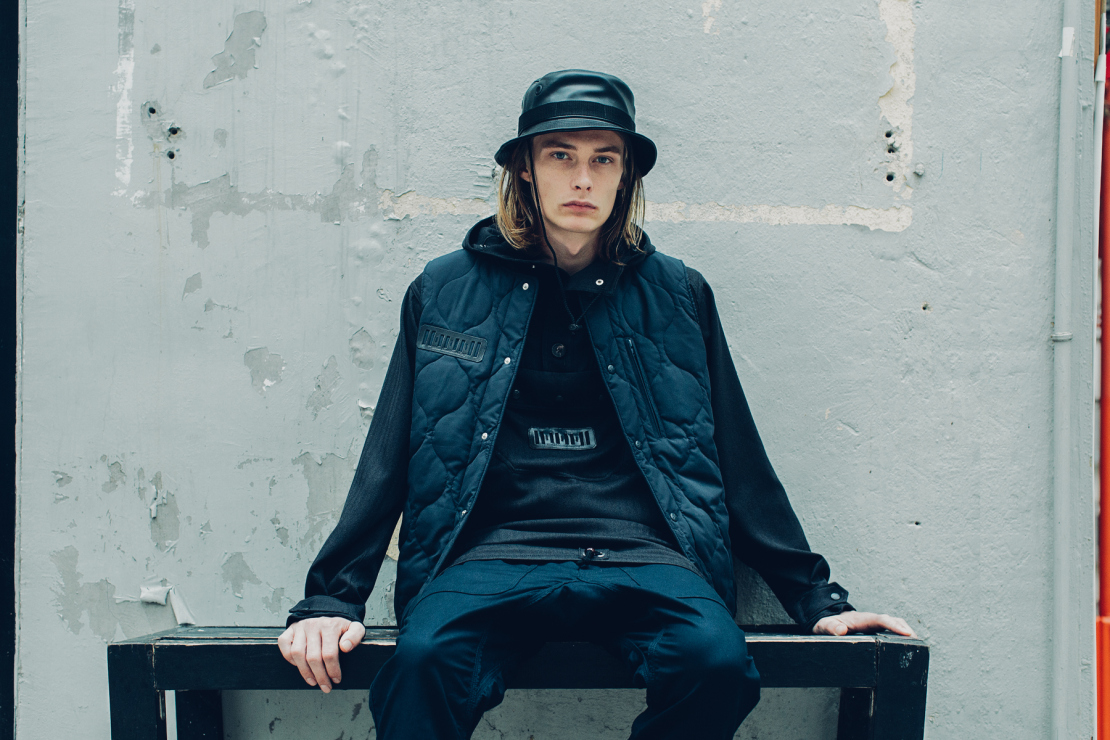 When Yosuke Aizawa started White Mountaineering he was heavily influenced by rugged mountain clothing from the US, and quickly started specialising in autumn/winter collections. But there was a definite twist. His designs are bold, colourful and daring, with lots of prints and slogan splashed across classic silhouettes.

He’s also collaborated with the likes of Barbour and Adidas (Original). White Mountaineering is the perfect example of how the Japanese take something we seem to know so well and turn it completely on its head - with eye-catching results.
Shop Now 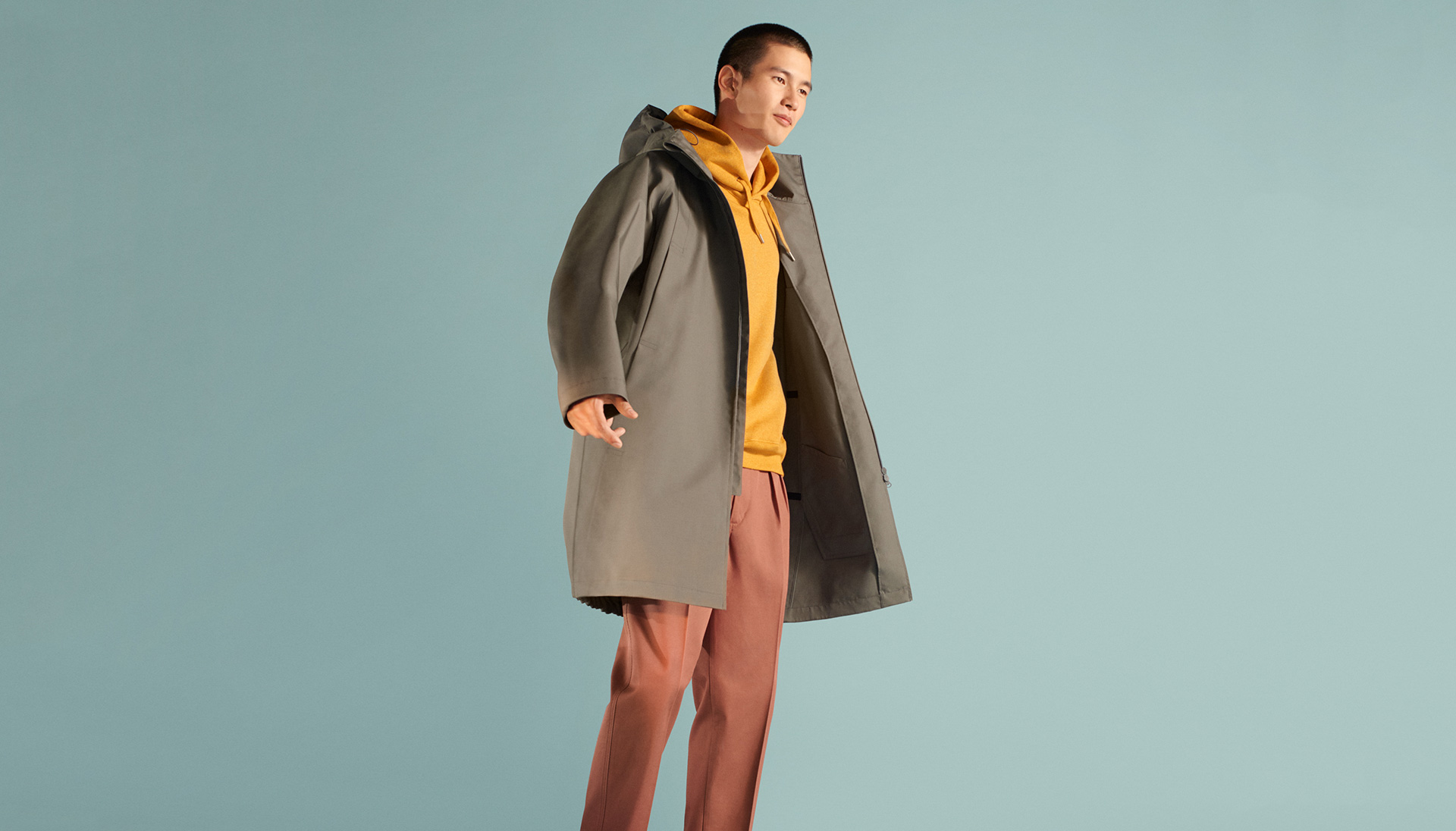 For many of us Uniqlo is arguably the most recognisable brand on this list, yet probably one of the oldest, with a history dating back to 1949. But it wasn’t until the 2000s that this most casual of casual houses really started to make waves. They create very simple clothes, free from logos, that are made to be the foundations of a daily wardrobe, especially if you’re on a budget.

Their minimalist ethos is very much in line with modern trends and design-wise their clothing is good value. But like many high-street stores, their garments are made for more of a quick fix than longevity.
Shop Now 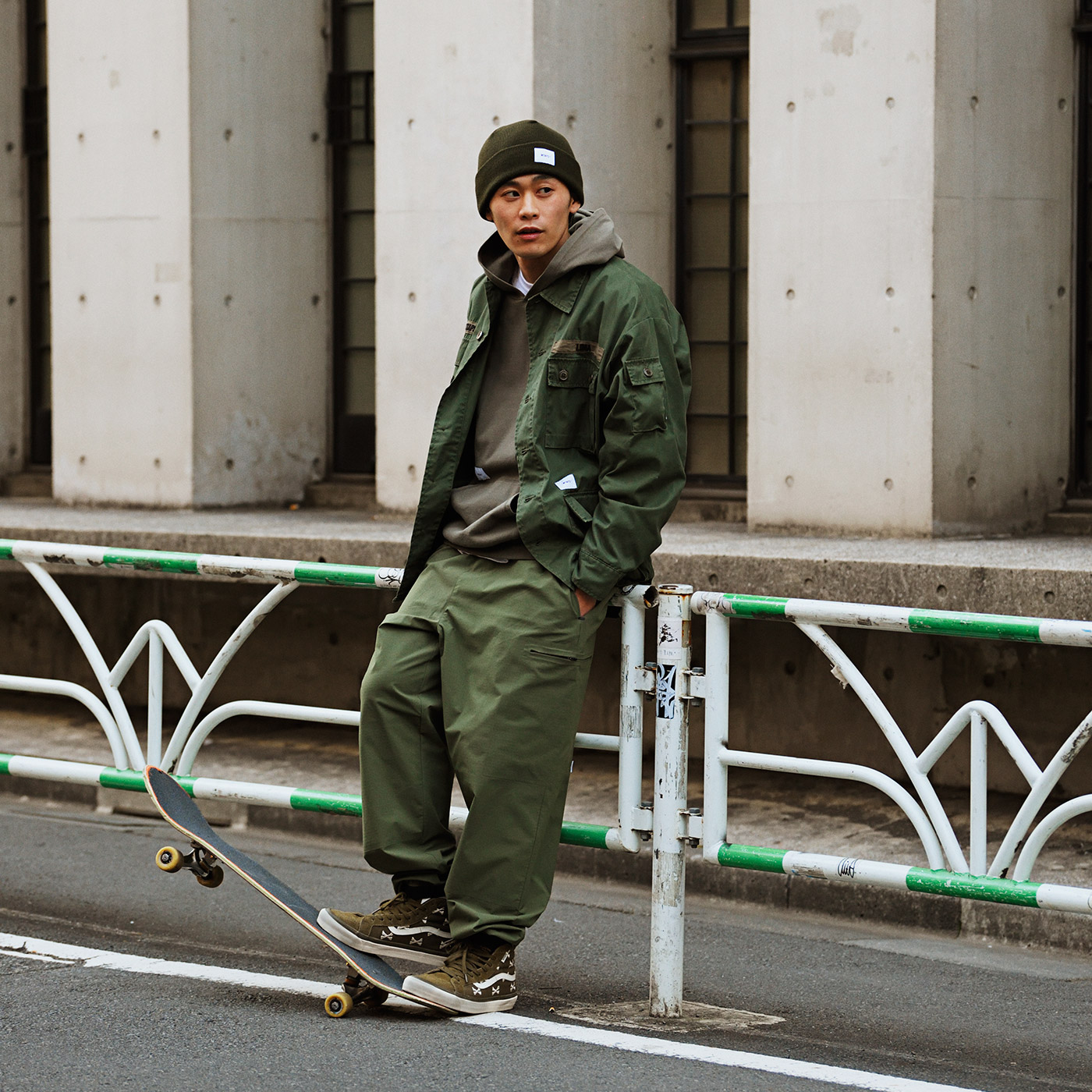 Tetsu Nishiyama started WTAPS (pronounced Double Taps) in the backstreets of Tokyo in 1996, producing clothing heavily influenced by the military and outdoor clothing associated with 90s hip-hop. And, refreshingly, the brand has stayed to these values since, producing hoodies, caps and pants with the best cotton and woven fabrics around.

Even though WTAPS clothing is closer to a streetwear brand, there is something truly elegant and sophisticated about their garments, something that instantly gives the wearer higher esteem in the eyes of others.
Shop Now 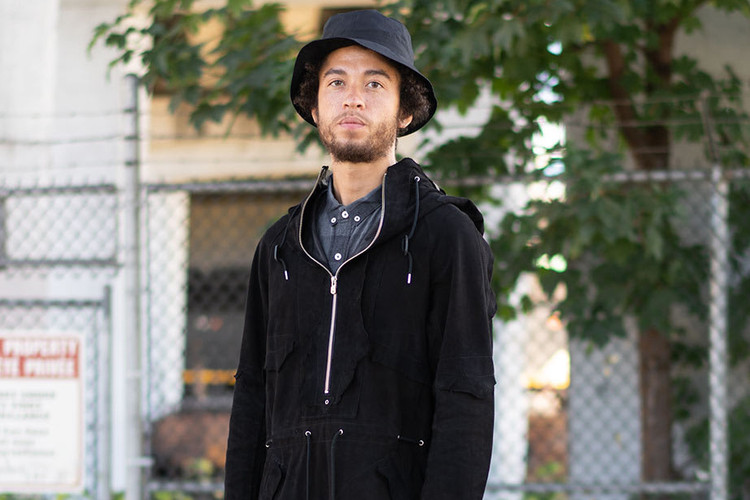 It’s safe to say that Takahiro Miyashita is a fashion visionary. When he left the hugely successful cult brand Number (N)ine in 2009, it was to explore his own creativity. He launched Takahiromiyashita TheSoloist in 2010 and to this day remains the only designer.

He seems to have the Midas touch with his creations, which go from absurd Avant guard to streetwear collaborations with converse. Miyashita has created a fashion world of his own and creates collections that could well be considered works of contemporary art.
Shop Now 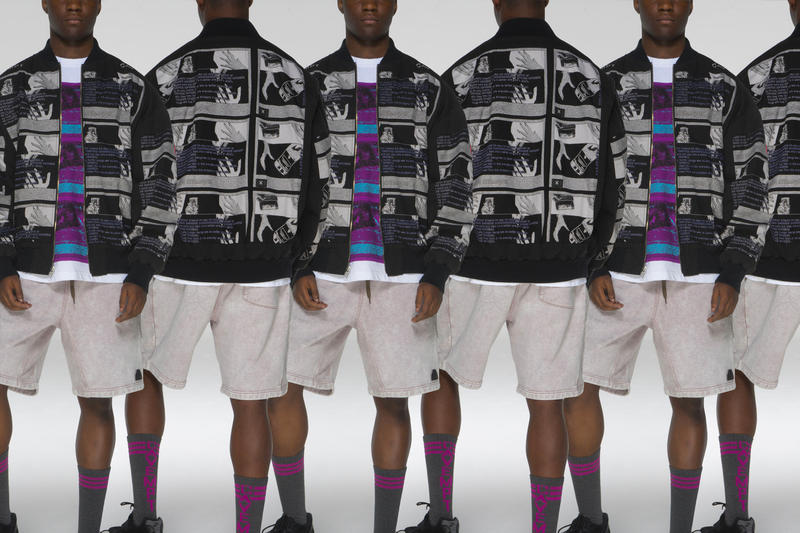 Float around some of the more artistic sectors of the world’s biggest cities and you will see for yourself that Cav Empt defines on-trend. Founded in 2012 by SK8THING (Billionaire Boys Club, BAPE) and Toby Feltwell (Mo’Wax Records), Cav Empt is all about colourful, sought-after streetwear.

Their graphics and colourways are eyecatching and represent a culture clash, much like an old Mo’Wax 12 inch. Whether you’re looking for a subtle addition to your wardrobe or a statement piece, you’ll find something in their collection to suit you. Made for the real street culture vulture.
Shop Now