Jeff Goldblum may be a man of flamboyant flair, but stepping out at SiriusXM’s Real Jazz Channel Studios in New York City on Monday he proved that you don’t always need an assault of colour to impress.

The American actor and musician was attending the studio to put on a performance that included piano and singing (for those at home) and flashing his signature smile and charm for the select crew that were there in the radio station.

Jeff has been seen rocking this AU$3,310 jacket on numerous occasions, including alongside Roland Emmerich, Liam Hemsworth, Jessie T. Usher and Vivica Fox at the AOL Build Speaker Series studios in New York for an “Independence Day: Resurgence” event, all the way back in June 2016. 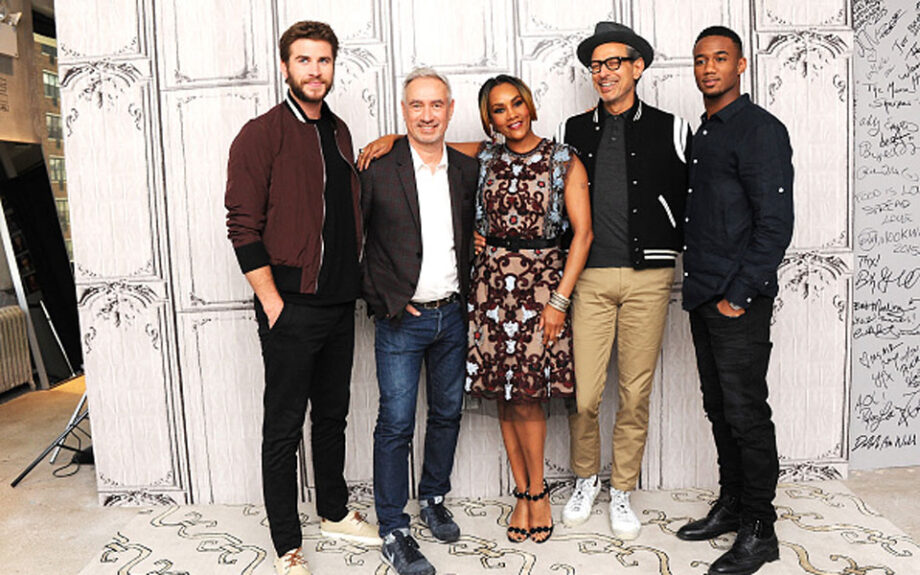 At this week’s radio performance, Jeff wore the jacket with the same pair of glasses he paired it with in 2016, but upgraded his pants, shirt and shoes.

Jeff also admired the floral prints of his host – two-time Emmy winning broadcaster and journalist Mark Ruffin – whose ensemble perhaps reminded Jeff of some of his most outlandish (and iconic) style moments such as pairing a Cartier with a Mickey Mouse dress shirt, pulling off the hardest trouser colour for men, wearing insane safari pants and matching an outrageous flower-y shirt with Prada reading glasses.

All this in mind, it’s little wonder Jeff looked comfortable (if mildly covetous) next to his gracious broadcaster, who played jazz on the radio in Chicago for over 25 years before joining the Real Jazz airwaves.

Having an eye for fashion helps put one at ease in any situation, and in that respect, Jeff was far from done. In fact, his heart-and-sleeve-warming Saint Laurent jacket was only the second classiest part of his New York winter outfit.

Why? On his wrist, he rocked the dependable Tank de Cartier, a watch which exudes all kinds of vintage cool. How? The black leather strap makes for a great complement to Jeff’s tie’s intricate detailing, while the timepiece’s signature square steel case, beaded crown and Roman numeral adorned dial perfectly complement Jeff’s timeless style.

In the market for a timekeeper? Depending on the size, the Cartier Tank Solo can be acquired for between AU$3,750 and AU$5,100.

May Goldblum be with you.