Do you think you’ve seen all the possible suit & shirt combinations? Well, think again because this is one combination that has genuinely blown our mind.

Australian actor Joel Edgerton was at the New York premiere for his latest film The King which not only stars Joel but the screenplay was also written by the actor alongside Director David Michôd. For us though the real star of the night was Joel’s blue on blue suit, far from looking like a new member of the Blue Man Group, Edgerton pulled off this look with class. 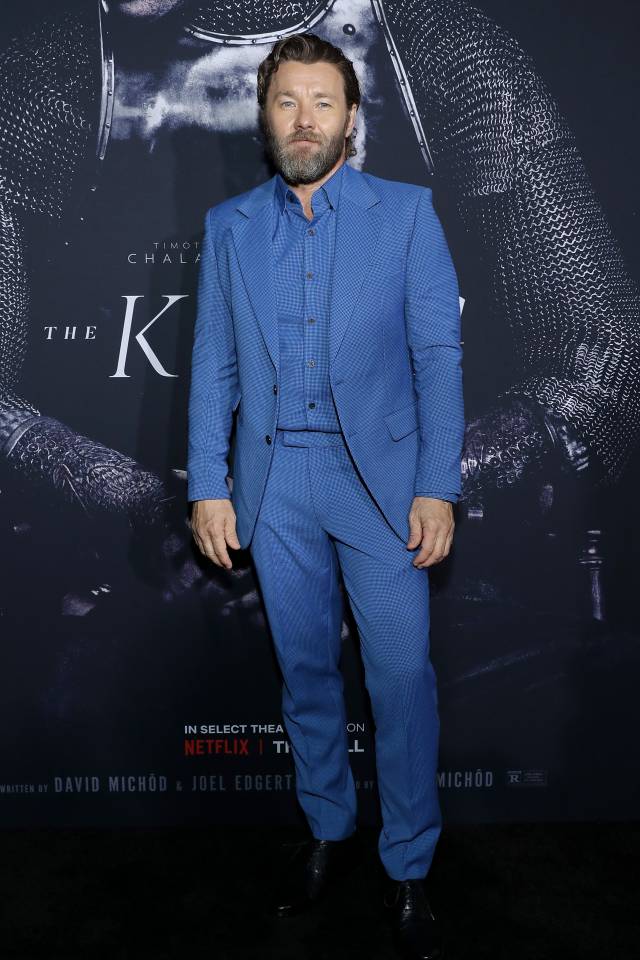 Royal blue is a tricky colour to pull off but Joel does it perfectly by breaking all the rules. The shirt and suit are not only made out of the same fabric but are also the exact same shade. Normally these are things that at D’Marge we would say avoid but Joel is absolutely rocking this suit, which just goes to show the rule are made to be broken. The perfectly tailored DZOJCHEN suit is hemmed at just the right place to show off his shiny black lace-up oxfords. It’s a grown-up look for the star who has been killing it in the red carpet game, ever since growing out his beard in fact.

It’s a change of colour for the star who was at the Venice premiere of the same film in a green jacket with a white shirt. His co-stars Timothee Chamalet rocked an edgier colour this time around with a lime turtleneck under a black suit. The cast of The King is rounded out by Lily Rose-Depp, Robert Pattinson and fellow Australian Ben Mendelsohn.

It is the second major film that Joel has written the screenplay following Boy Erased which he also directed. It seems though that for the next year at least Joel will be firmly in front of the camera, with roles in the upcoming drama The Underground Railroad and a sequel to his Netflix film Bright.