Whether they intended to or not, the Jonas brothers have become unlikely heroes in the menswear scene in recent years.

Nick and Joe Jonas in particular have been standout candidates with their slick blend of tailored suiting featuring modern details, vintage denim and contemporary streewear looks that capture the essence of America’s latest trending styles.

Don’t believe it? Check out what the duo were spotted rocking on the streets of New York City in the past week.

The New York piece we speak of is of course an overcoat. Given that it’s averaging 9 degrees Celsius in the Big Apple at the moment, rocking a sweater just wouldn’t cut it, so the boys threw an overcoats over their respective look and the result is very unique. It almost touches on Japanese style streetwear but is kept in more commercial realms thanks to label branding.

The combination of quintessential New York style was brazenly thrown together with the new wave athleisure movement, especially on Joe who rocked compression pants that colour matched with his Marlboro-hack shorts and Palace dad cap. There was also a cross-body bag in play along with Nike’s latest Air Max 97 x Vapormax Frankenstein shoe.

Not bad for a couple of guys who once brought you lyrics like: “Next time I see you I’m giving you a high five ’cause hugs are over rated, just FYI” 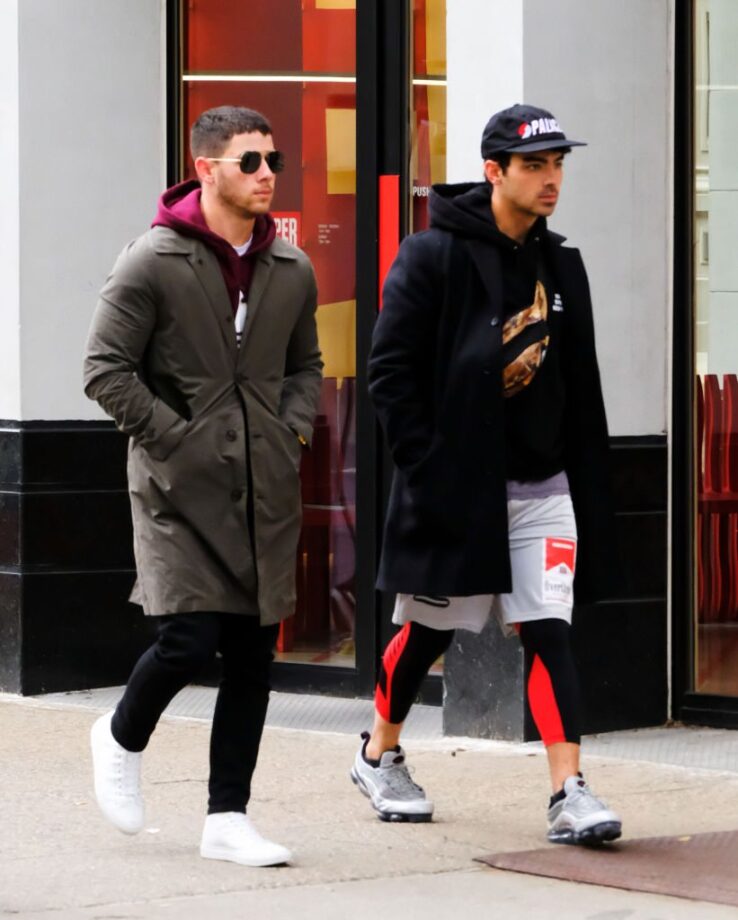 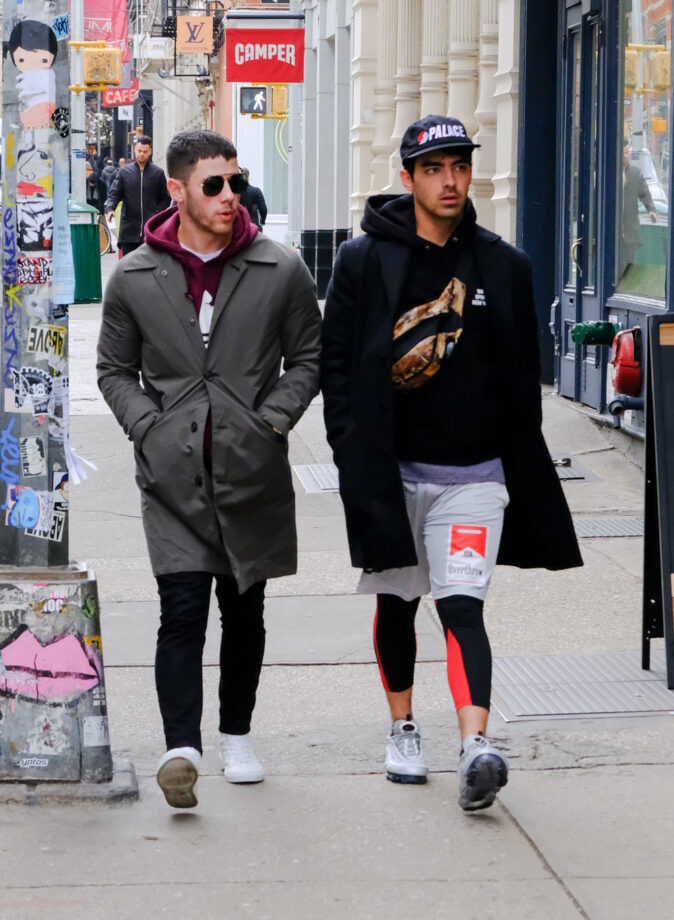