Lewis Hamilton was spotted outside of his luxury Milan hotel, where he currently is for the launch of TommyXLewis capsule, his latest collaboration with icon Tommy Hilfiger. The Fall 2019 launch was held on the eve of Milan Fashion Week and attended by over 500 people. It was his outfit later in the week that caught our eye, where he walked out in a pair of Gucci women’s pants with a limited edition IWC watch.

The baggy pants are in fact last seasons Gucci Women’s Paneled Shell Track Pants for all you men out there that can pull off women’s pants. Can’t deny the man as good taste as the pants, which retailed at US$1,300 (AUD$1,900) are sold out online. Luckily there are plenty more options available online. 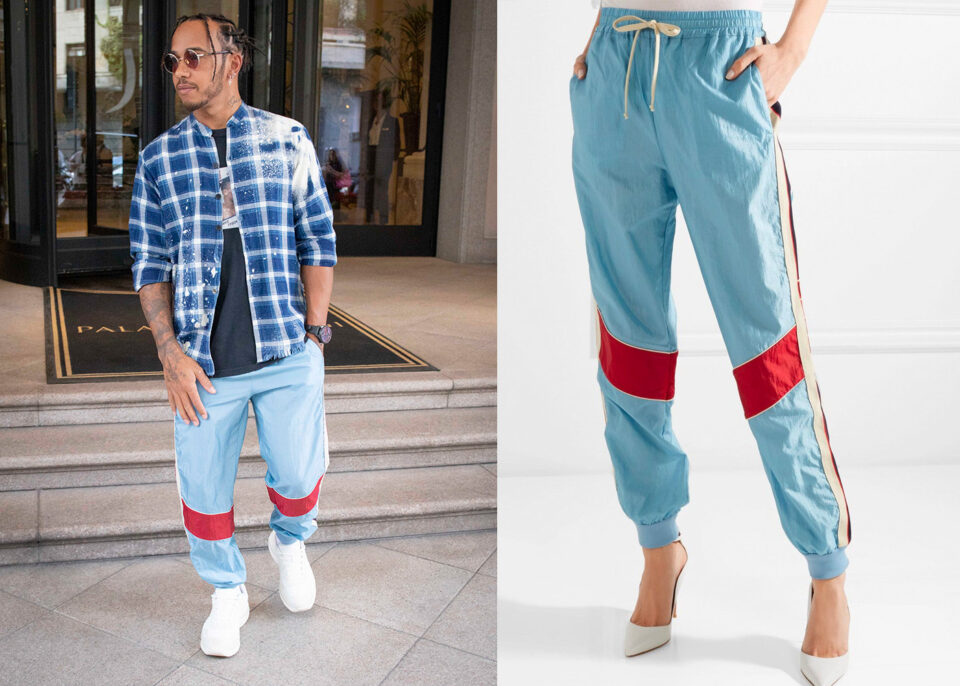 The Mercedes-AMG Petronas F1 Driver paired the pants with his IWC Big Pilot Perpetual Calendar Top Gun Boutique Edition which he has been seen wearing before. The piece is one of 250 made by IWC back in 2013 and is rendered in a matte black ceramic. The luxury watch features the IWC-manufactured movement with automatic self-winding and features a matte black dial with red markings and hands. 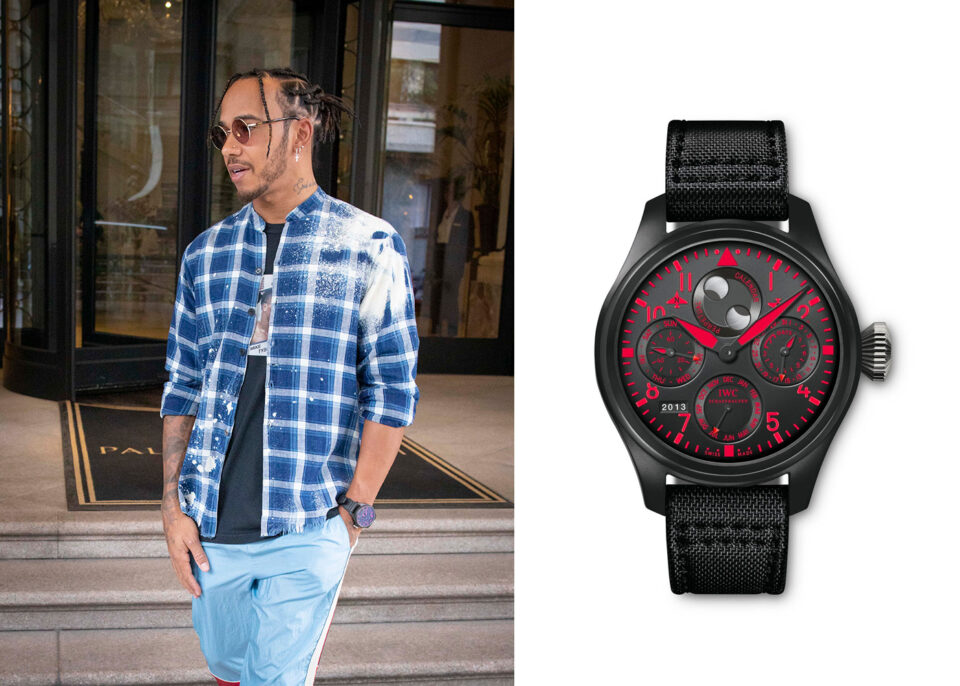 Hamilton a known watch-lover and is the friend of the brand for IWC. The Formula One World Champion appeared in a collection campaign film for the Spitfire collection earlier this year driving a Mercedes-Benz Silver Arrow race car alongside a Silver Spitfire aircraft. It is not the first film that the ambassador has featured in as he has previously featured with a Silver Arrow car for the Ingenieur Chronograph campaign.

Hamilton will next be seen down in Singapore at the Formula One Grand Prix taking place over the weekend. The five-time world champion will be looking to win the championship his sixth time, having won the Singapore GP last year. The racing star currently holds a 63-point lead in the title race having won eight grands prix this season.