He took out the Hungary GP overnight but before the big race Lewis Hamilton was making other kinds of waves in the Formula One paddock. Say hello to the future of men’s style…as imagined from the perspective of the wacky 80s.

The 34-year-old Mercedes driver stepped out during the practice session in some truly comfort-inspiring gear as provided by the team’s sponsor, Tommy Hilfiger.

The baggy nylon popover with oversized branding (with no shirt) and the neon tech pants also in an oversized fit provided some eye-catching moments for fans, but it was the full wraparound reflective silver sunglasses with white framing that really made Hamilton’s laid back look a nod to the 80s era club scene. These bad boys are made by Police and designed by the F1 star as part of their latest collaboration. 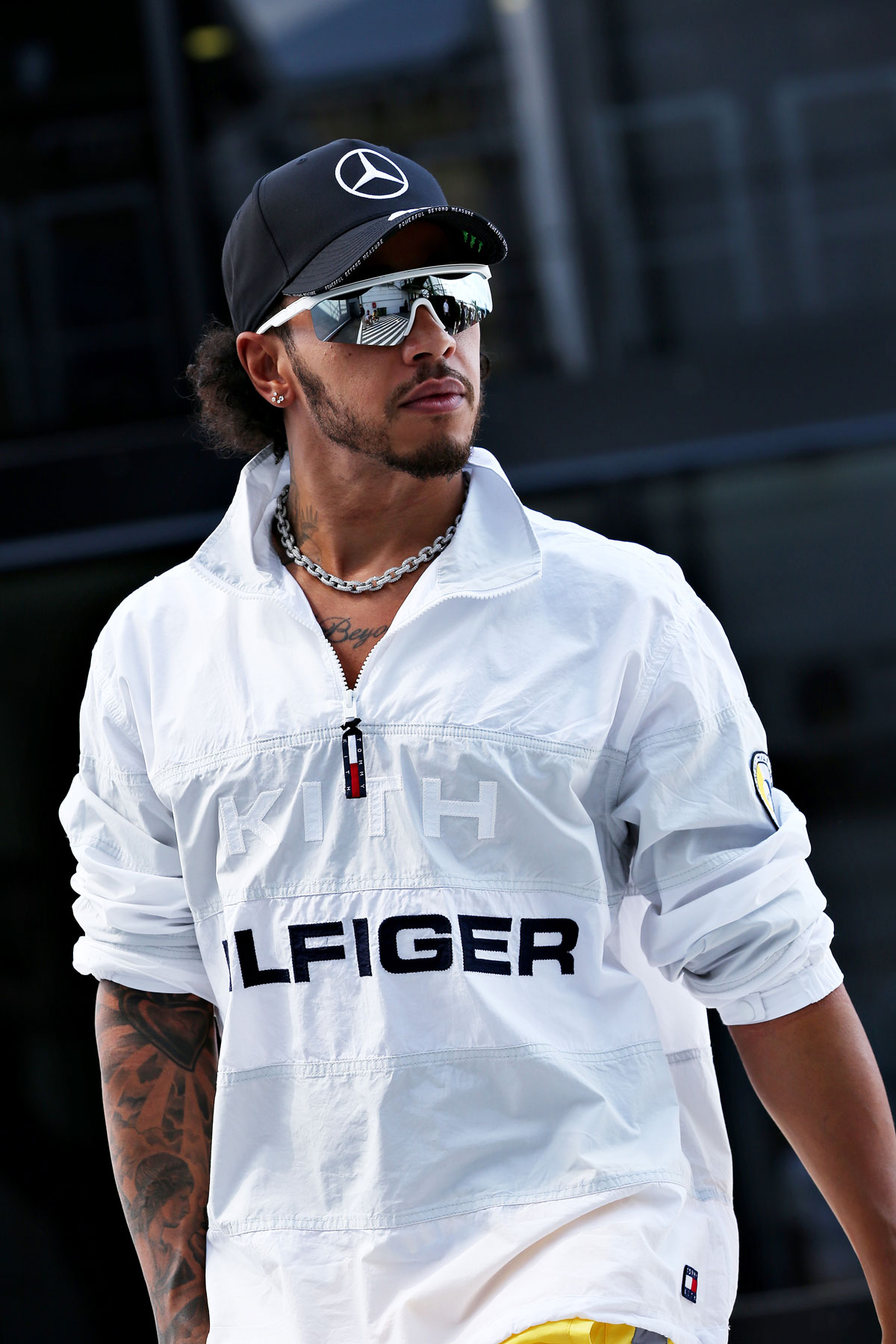 Besides rocking a fairly well put together outfit, Hamilton even managed to pair elements of white and silver with the Mercedes cap logo and a blinged-up chain necklace. The collar? It has to be popped, obviously. 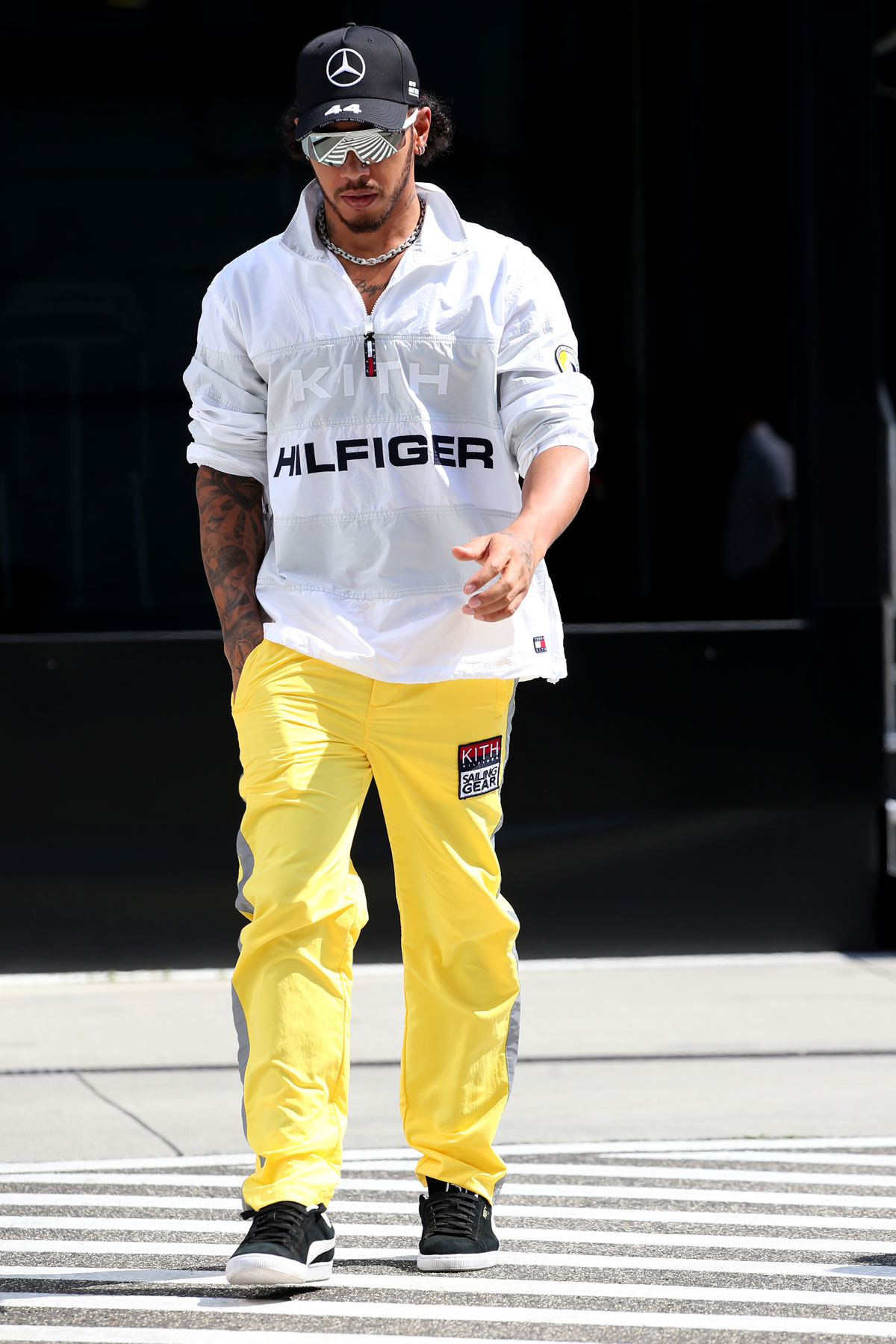 From afar the man looks like he’s more ready to hit the dance floor than the race track and there’s nothing wrong with that. Oddly, Hamilton didn’t opt for any crazy footwear, instead wearing his sponsor-supplied Puma black sneakers. Sadly there wasn’t an IWC timepiece on his wrist considering they also sponsor the team.

A bit too much stylin’ for Formula One? James Hunt would duly disagree.